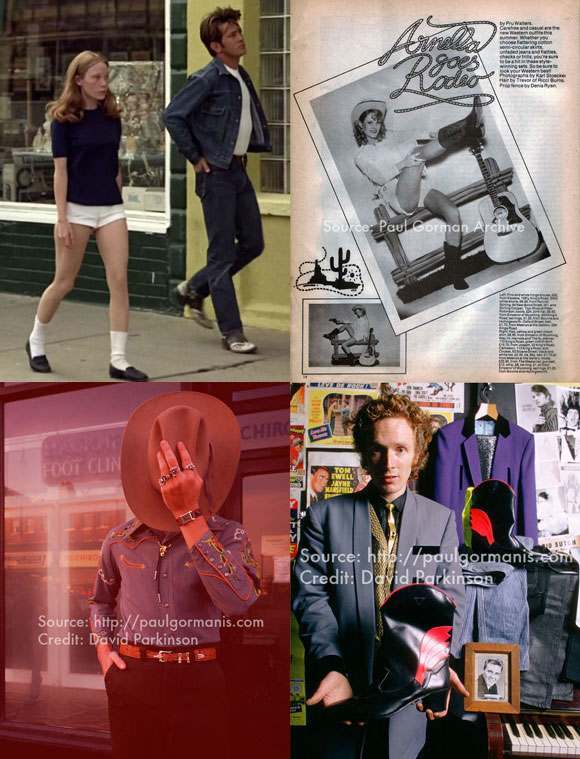 A fashion shoot styled by Pru Walters and photographed by Karl Stoecker for a 1974 issue of Janet Street-Porter’s secretarial magazine West One foregrounds the importance of Westernwear to London street style in the early to mid-70s. 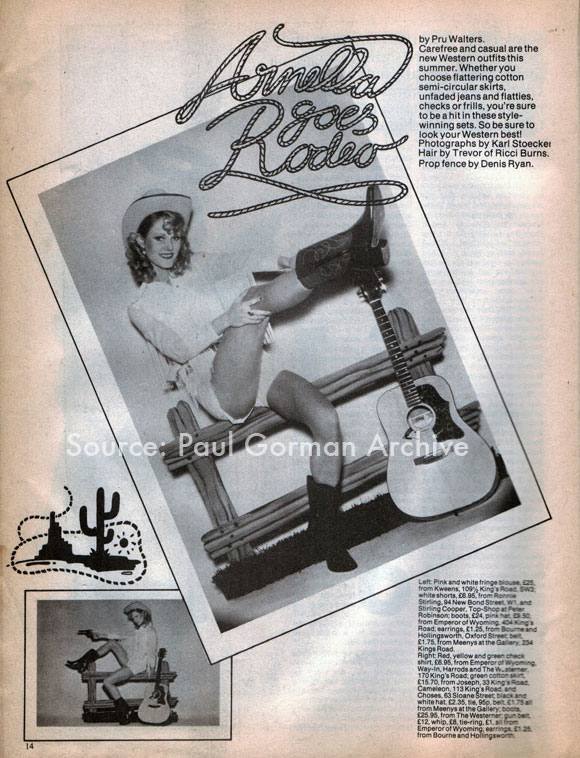 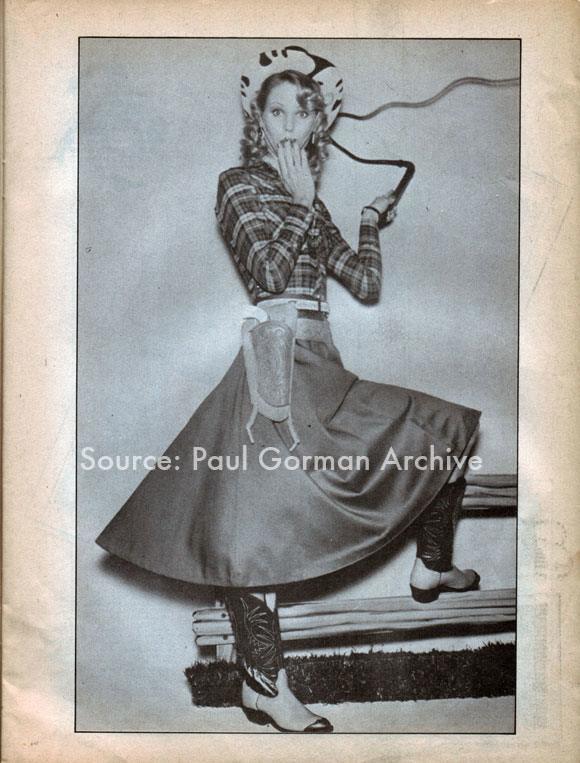 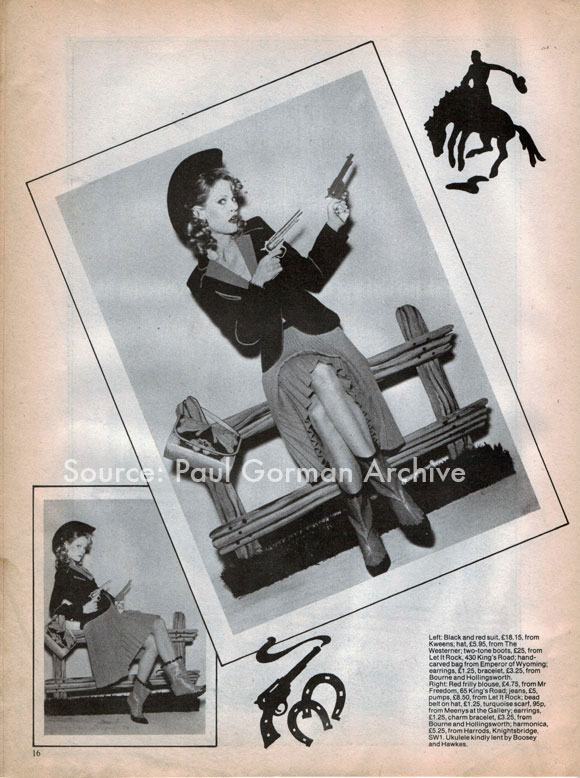 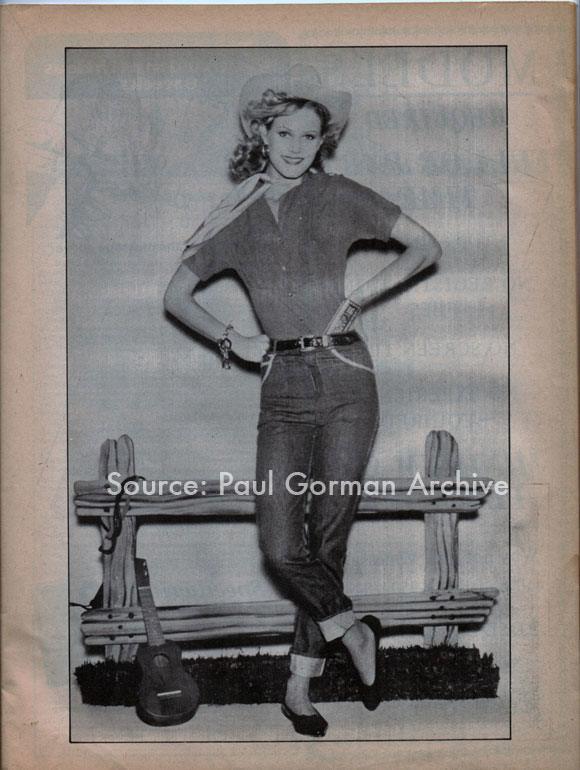 The received history of street fashion in that period tracks the transition out of glam and into punk via rocker apparel, fetish-wear and demob suits, yet the role of the stylised Western look is harshly underestimated.

At the time visual stimulus was provided by Martin Sheen’s rebel cool in Terrence Malick’s towering film Badlands (about the murderous spree conducted across Nebraska in 1958 by teens Charles Starkweather and his girlfriend Caril Fugate). 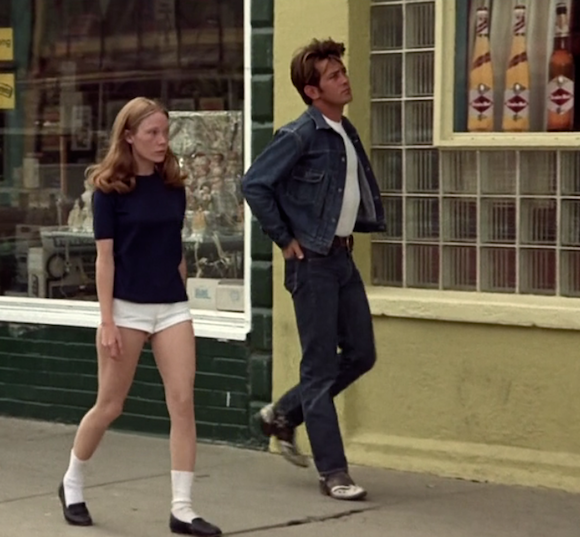 Spacek and Sheen in Badlands 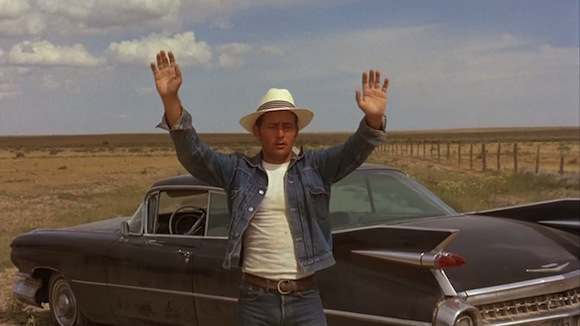 Sheen in one of the film’s closing scenes 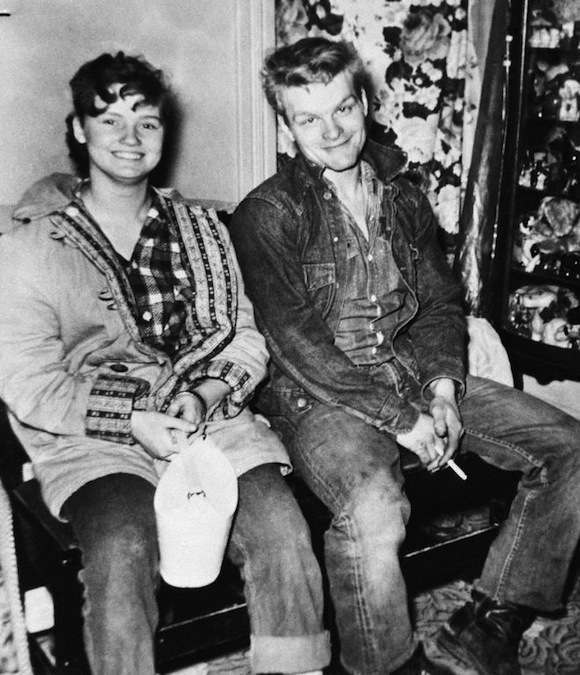 In London, the look of rural white America had been explored in the 60s by such boutiques as John Michael Ingram’s The Westerner. Malcolm McLaren provided an English street edge at the beginning of the next decade by assimilating Westernwear at Let It Rock and simultaneously referencing appropriation by such homegrown bad-boy rockers as Johnny Kidd.

One of McLaren’s World’s End neighbours Billy Murphy sourced authentic garments with curatorial care for his store The Emperor Of Wyoming, and by the time Malick’s movie was reviewed in the New York Times and The New Yorker (where it was famously panned by Pauline Kael), the sharply attuned Janet Street Porter had cottoned on sufficiently to commission the West One feature. 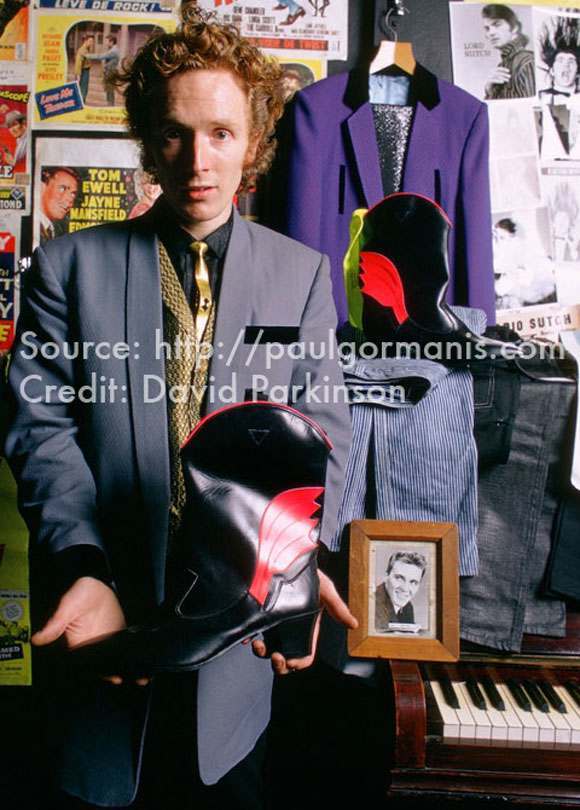 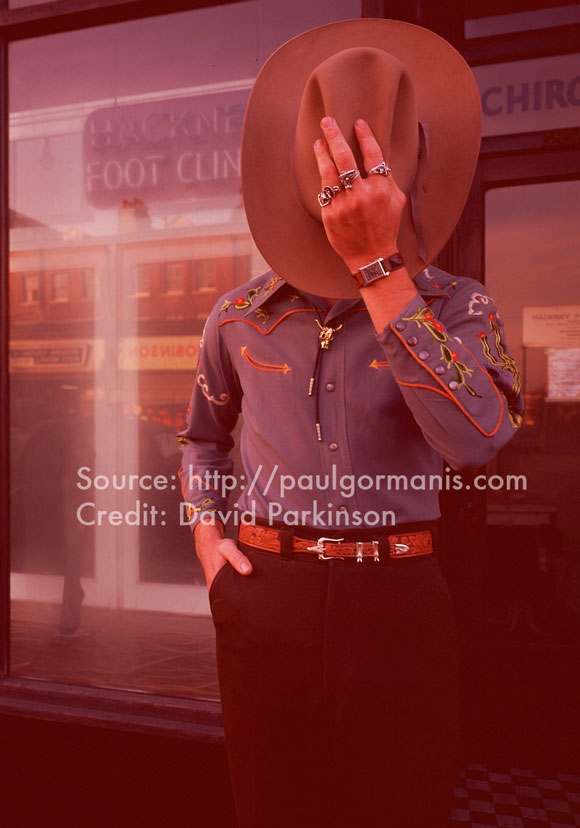 Previously unpublished shot of model in The Emperor Of Wyoming embroidered shirt, Stetson, belt and tie for Club International, spring 1973

Marco Pirroni talks about his Winged Western boots on THE LOOK blog.

See here for an account of the trials of Fugate and Starkweather.