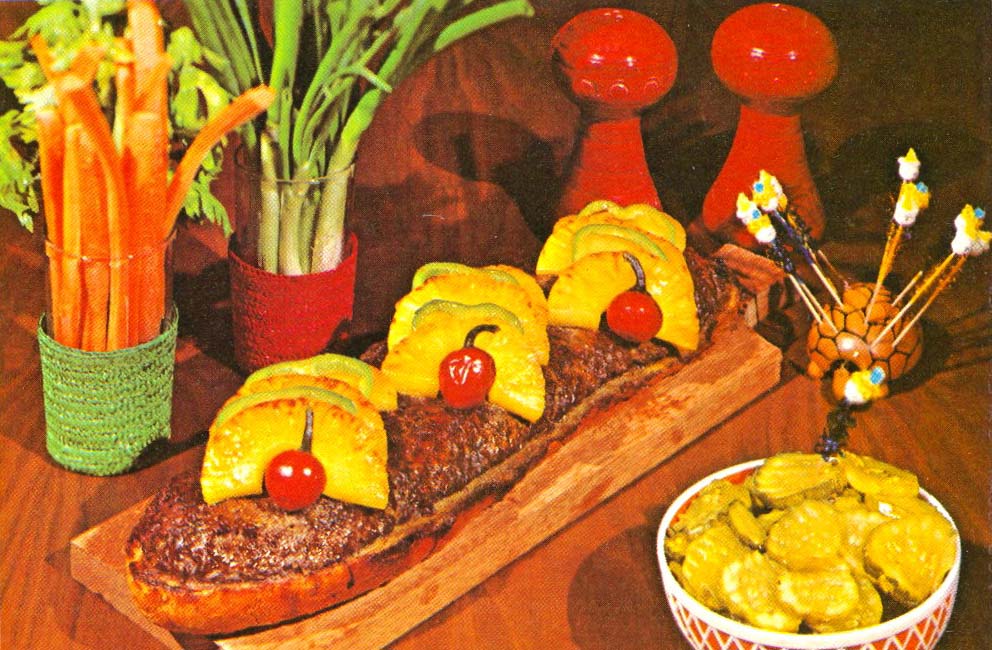 A “Tropical Hamburger” from a 1973 cookbook

It’s always fun to take a look back at what was on the table at dinnertime from years ago.  Today, everyone is so conscious of diet/nutrition, as well as the “foodie” trend where every plate has to be worthy of sharing across social media.  Back then, it was as simple as a slab of meat with some veggie sides.

So, let’s have a look at some meat dishes from yesteryear which are definitely not fit for social media bragging.  The images are scanned from old cookbooks, magazines and advertisements from mid-century through the 1970s.  For more vintage meats check out: Vintage Gristle: Glistening Mounds of Mid-Century Meat Part 1 from 2014, and Ugly Vintage Meats: Before There Were Food Stylists from 2015. Bon Appétit! 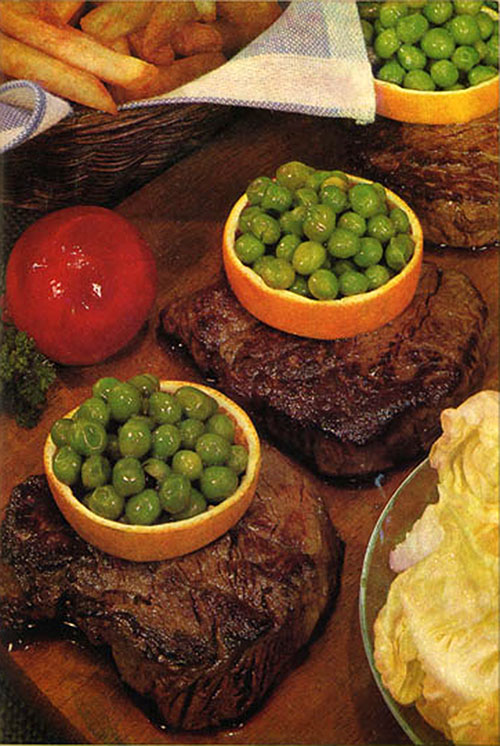 I love how the steak is garnished with peas inside an orange peal.  You won’t find that on The Food Network. 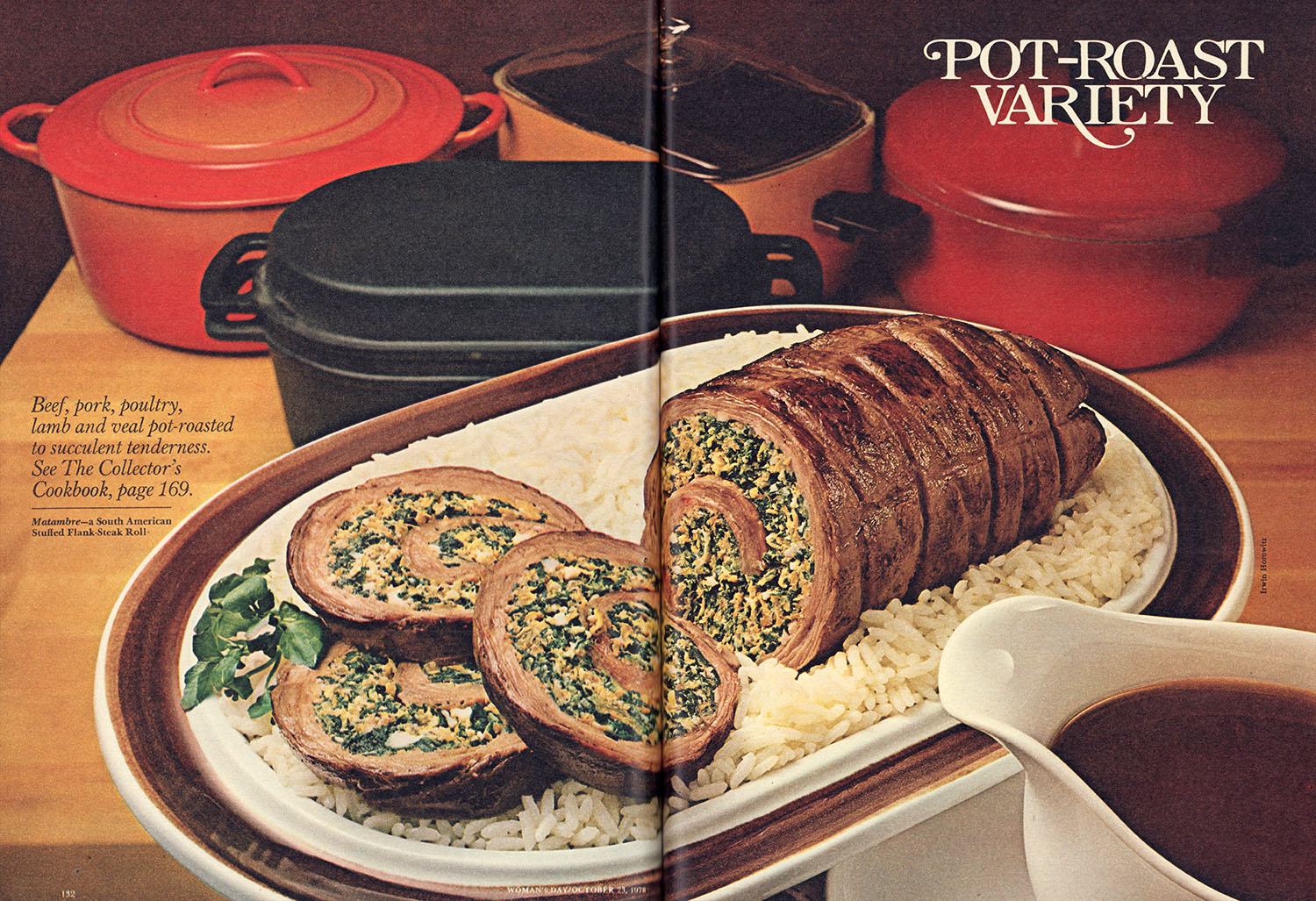 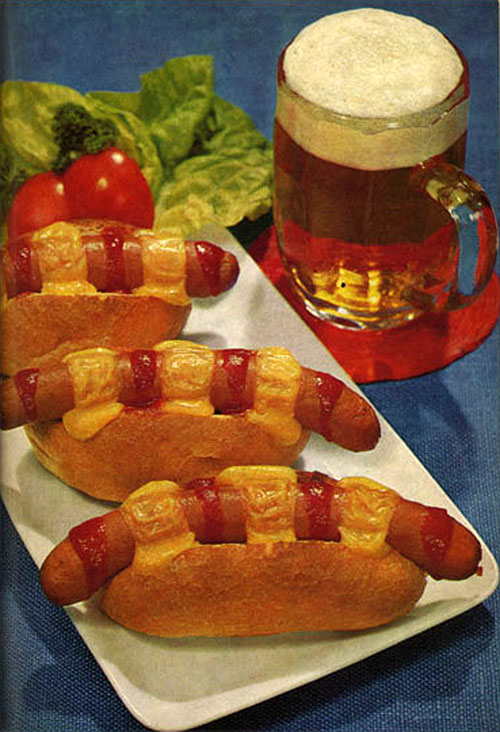 These droopy striped wieners actually would go nice with that beer. 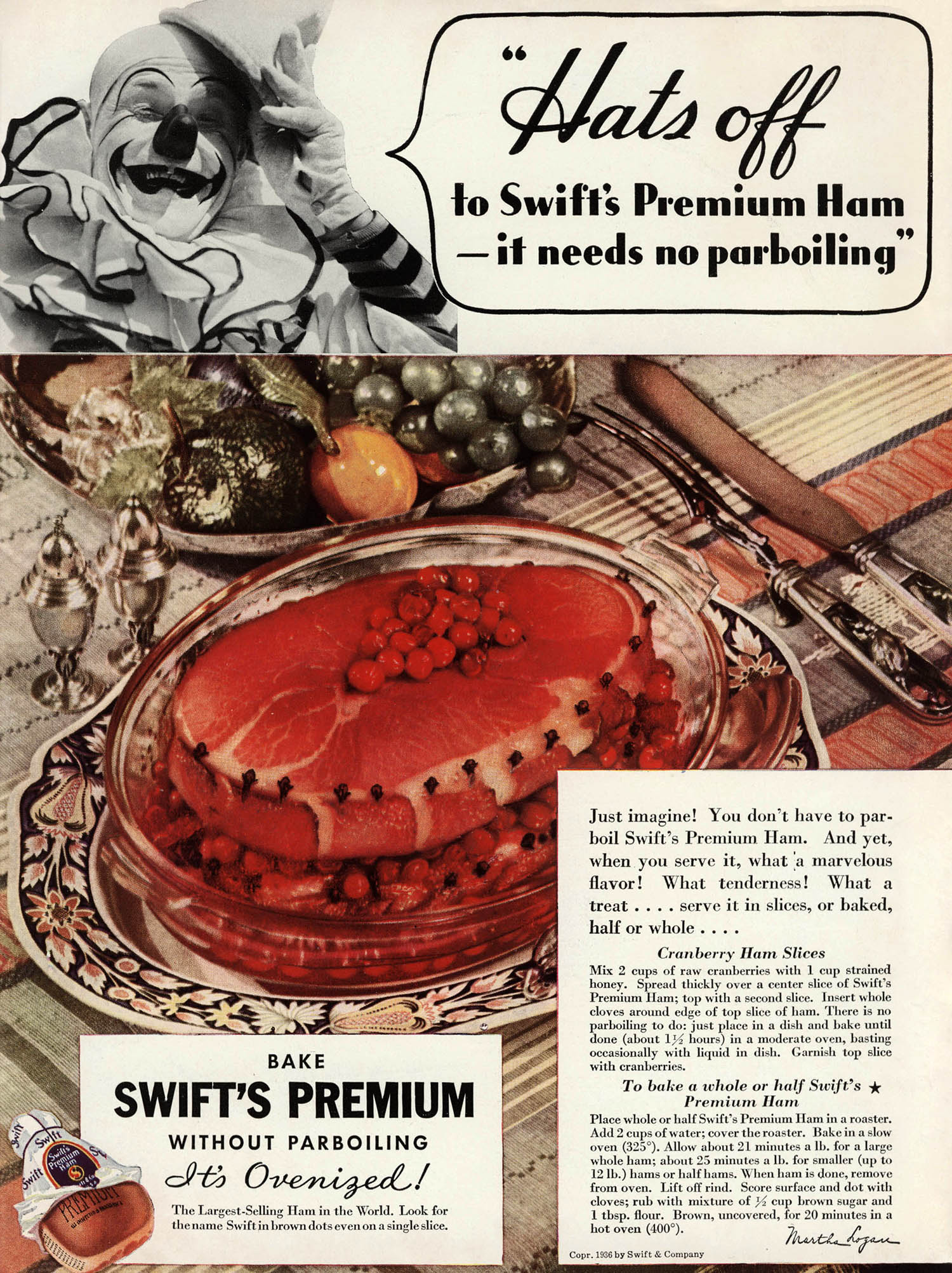 This ham (from a 1937 magazine) looks tasty and “It’s Ovenized!”… so says the nightmarish clown from the eighth circle of hell. 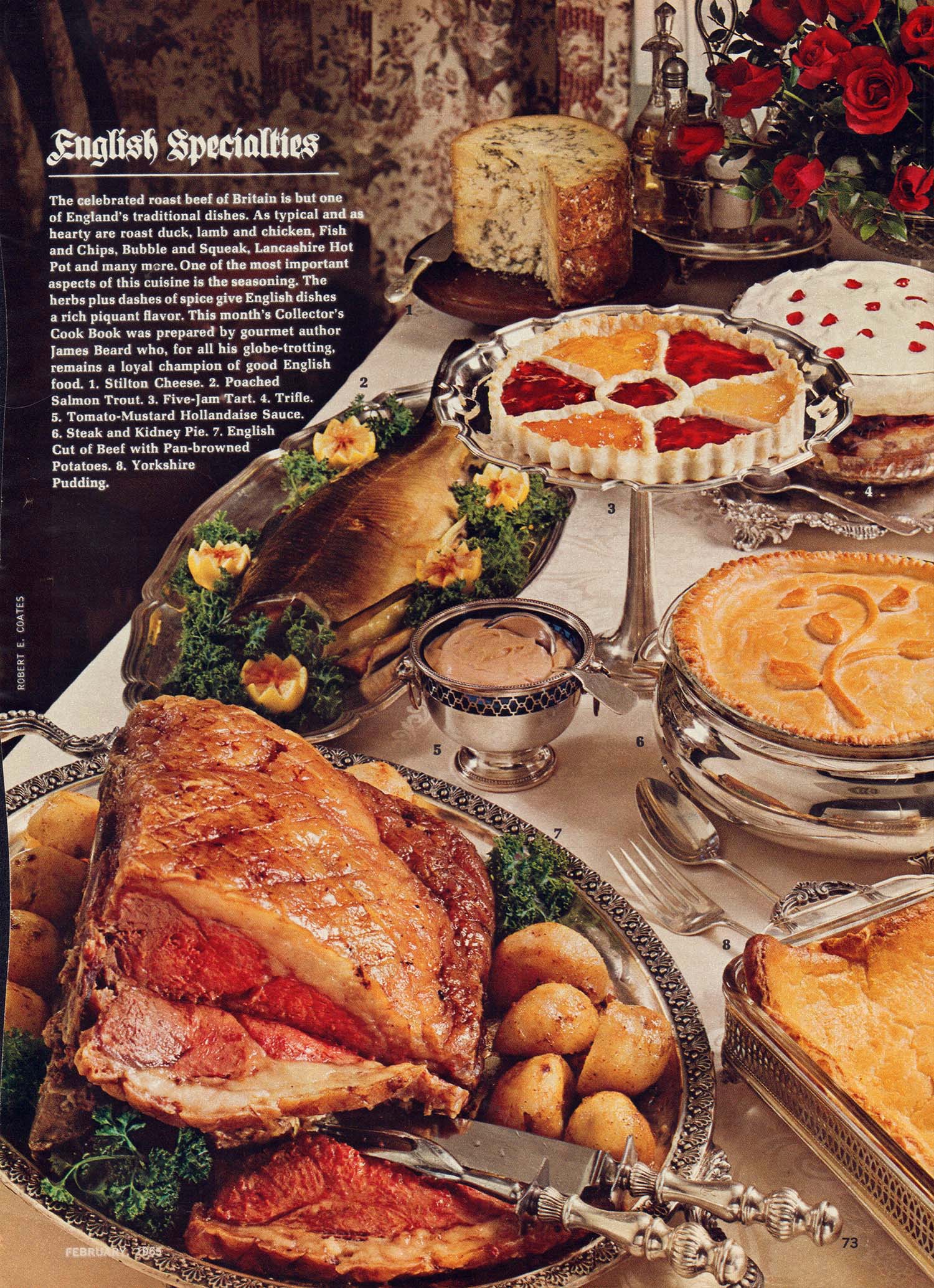 From 1965 comes the “celebrated roast beef of Britain” with a generous coat of glistening fat. 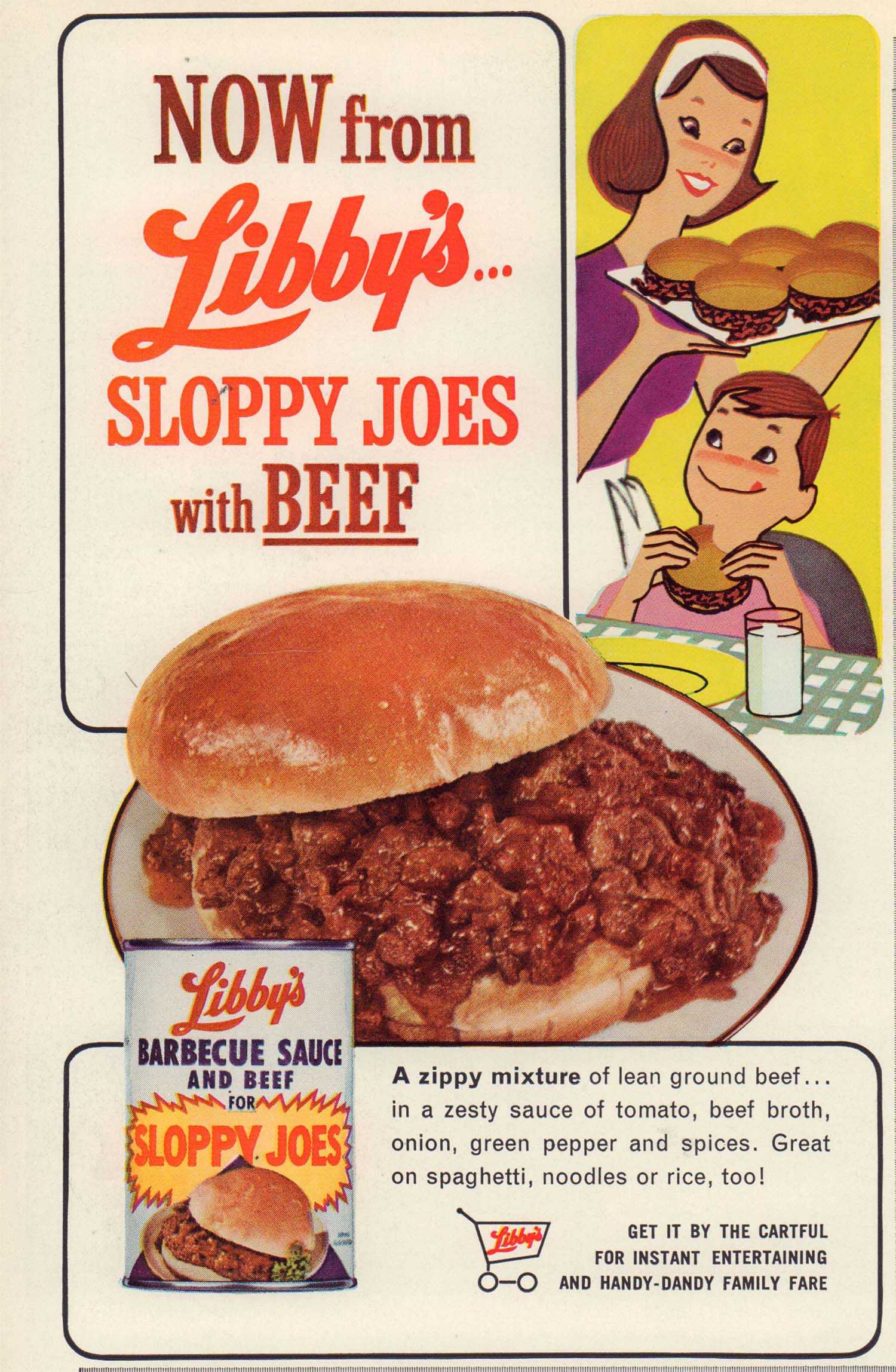 Sloppy Joes – “Get it by the cartful for instant entertaining and handy-dandy family fare”.  Also see: Meat in a Can: SPAM and Other Potted Meat Ads from the 1960s 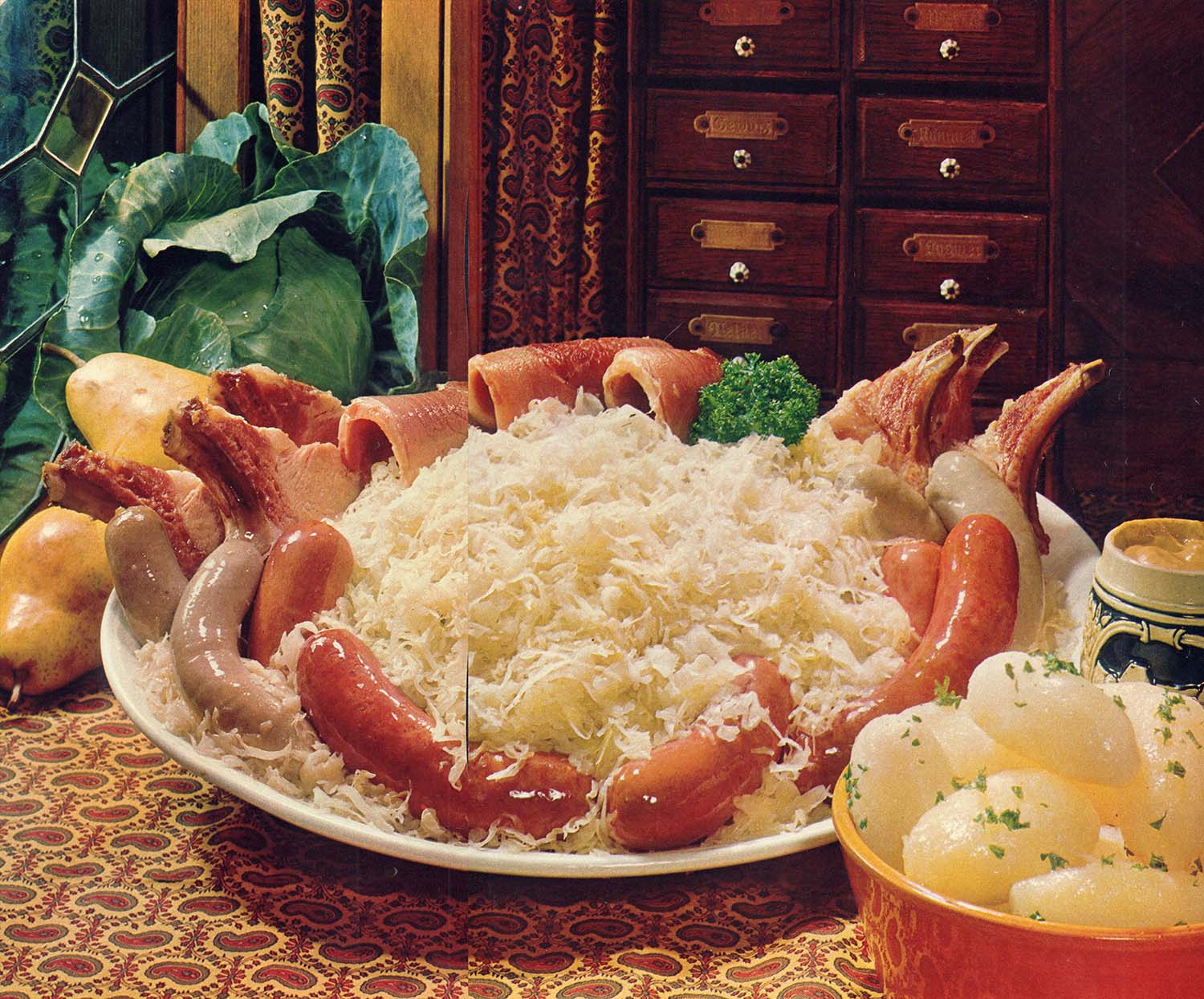 Yes, I mock, but let me just say that, although these meats may not be ready for prime-time at your hipster-friendly eatery… I’d much rather dig into these glistening piles of vintage meats. 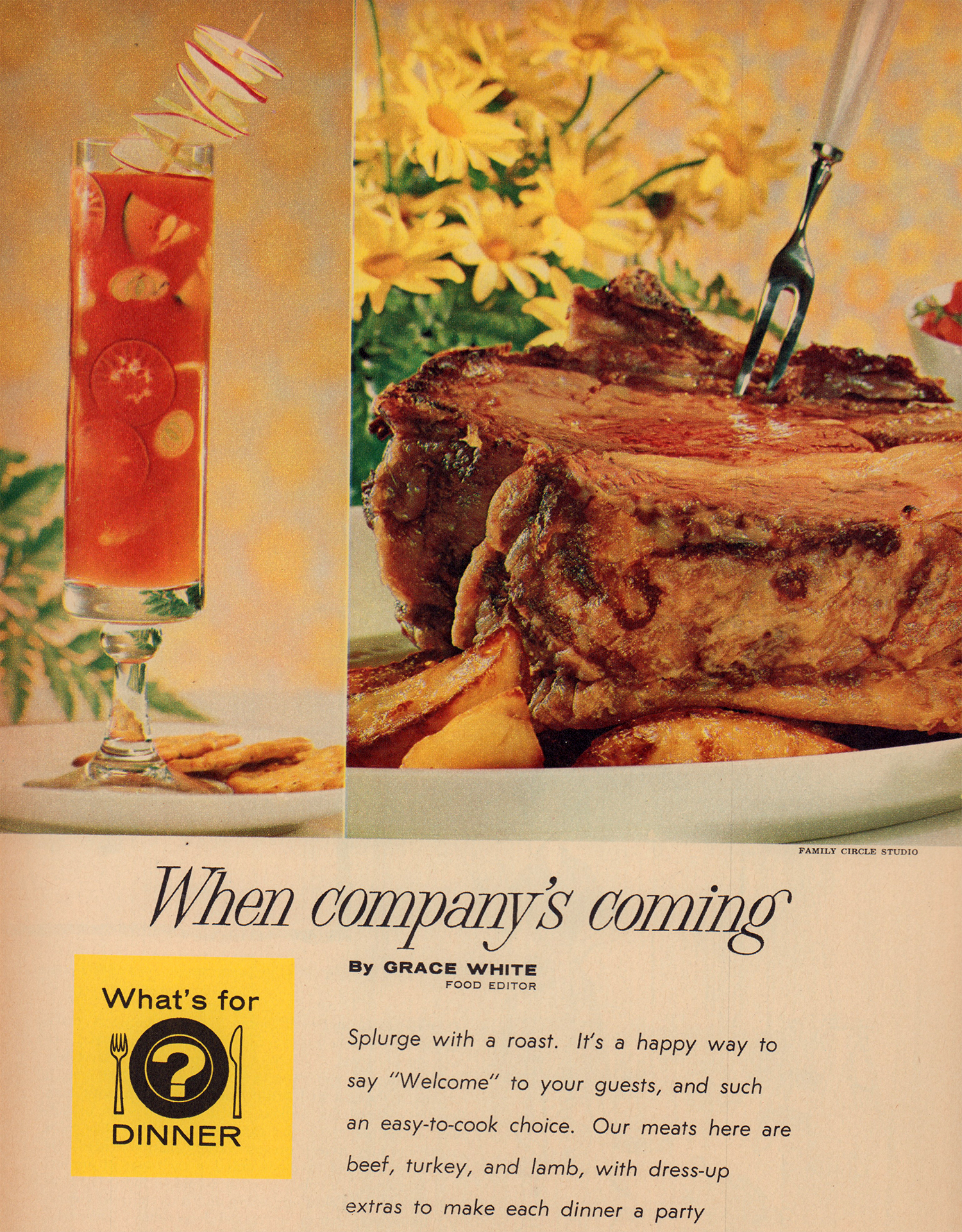 The following meat spectacular comes from a 1964 issue of Family Circle magazine: 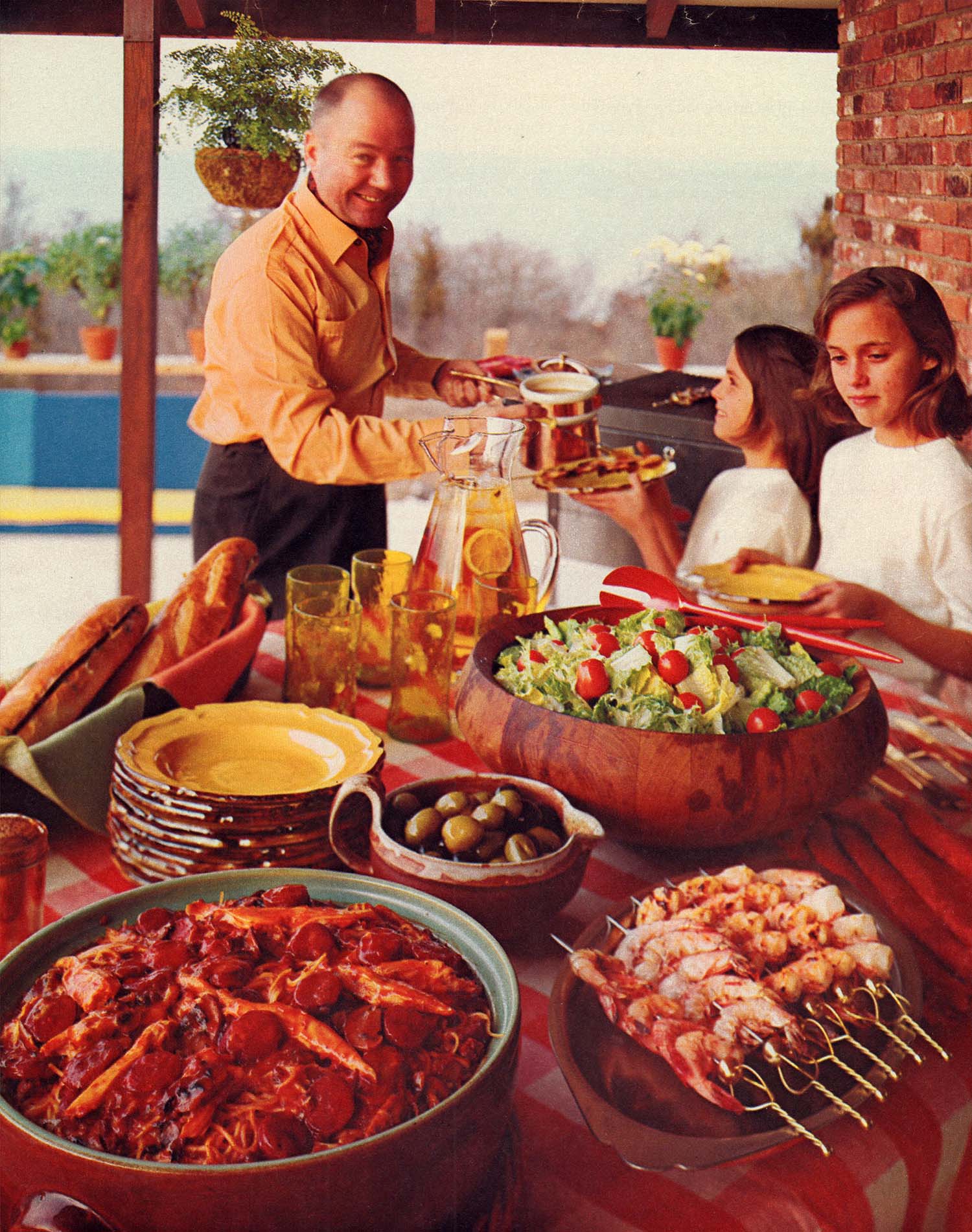 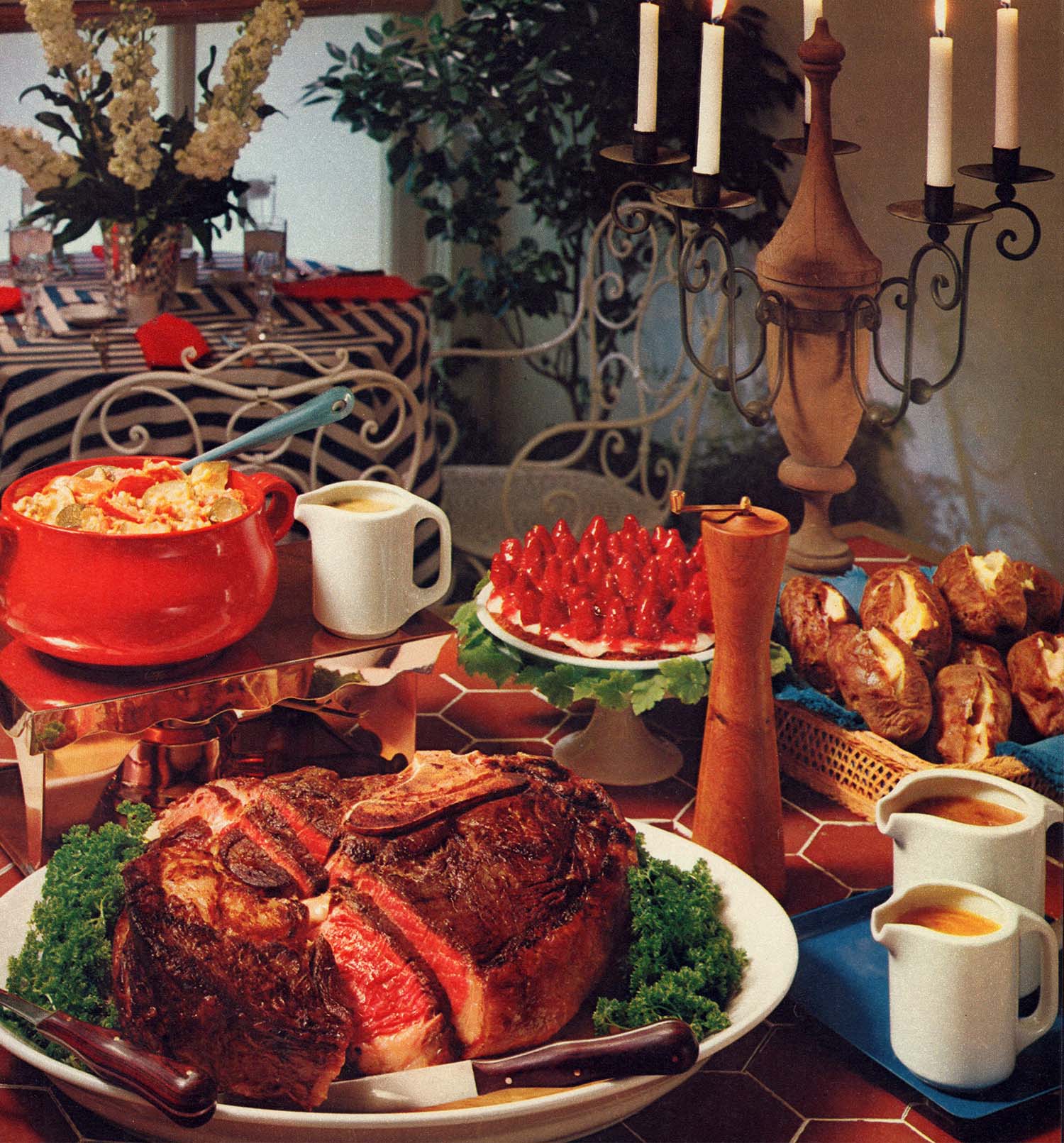 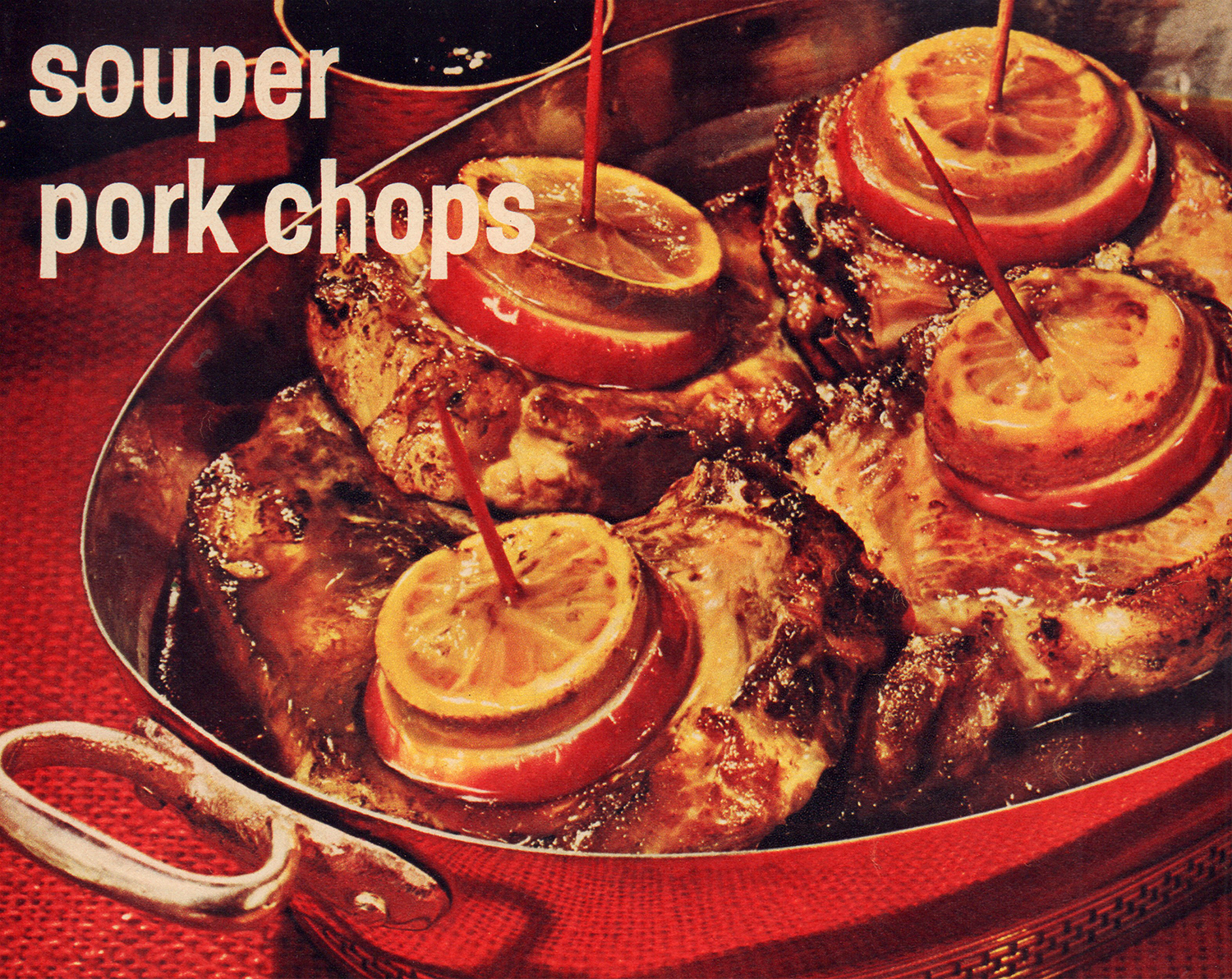 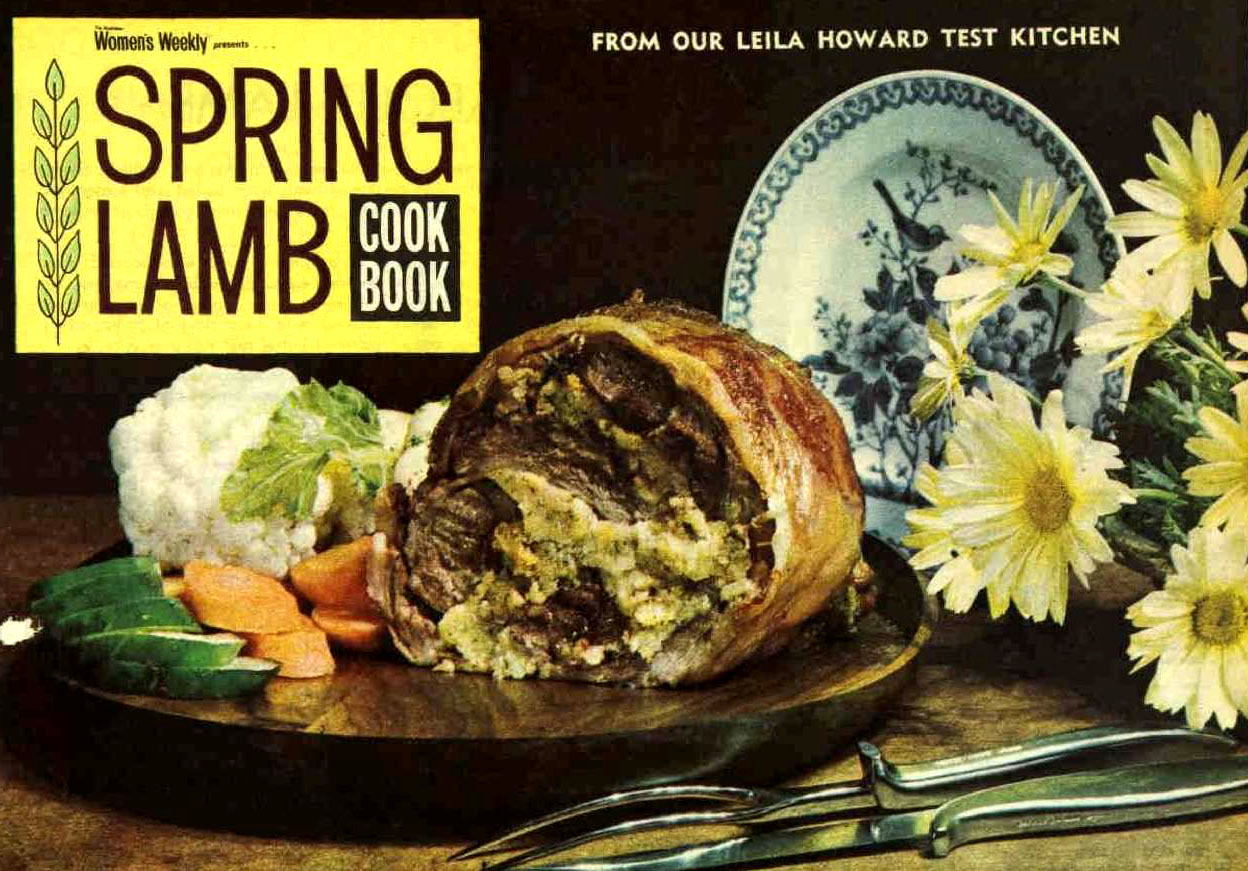 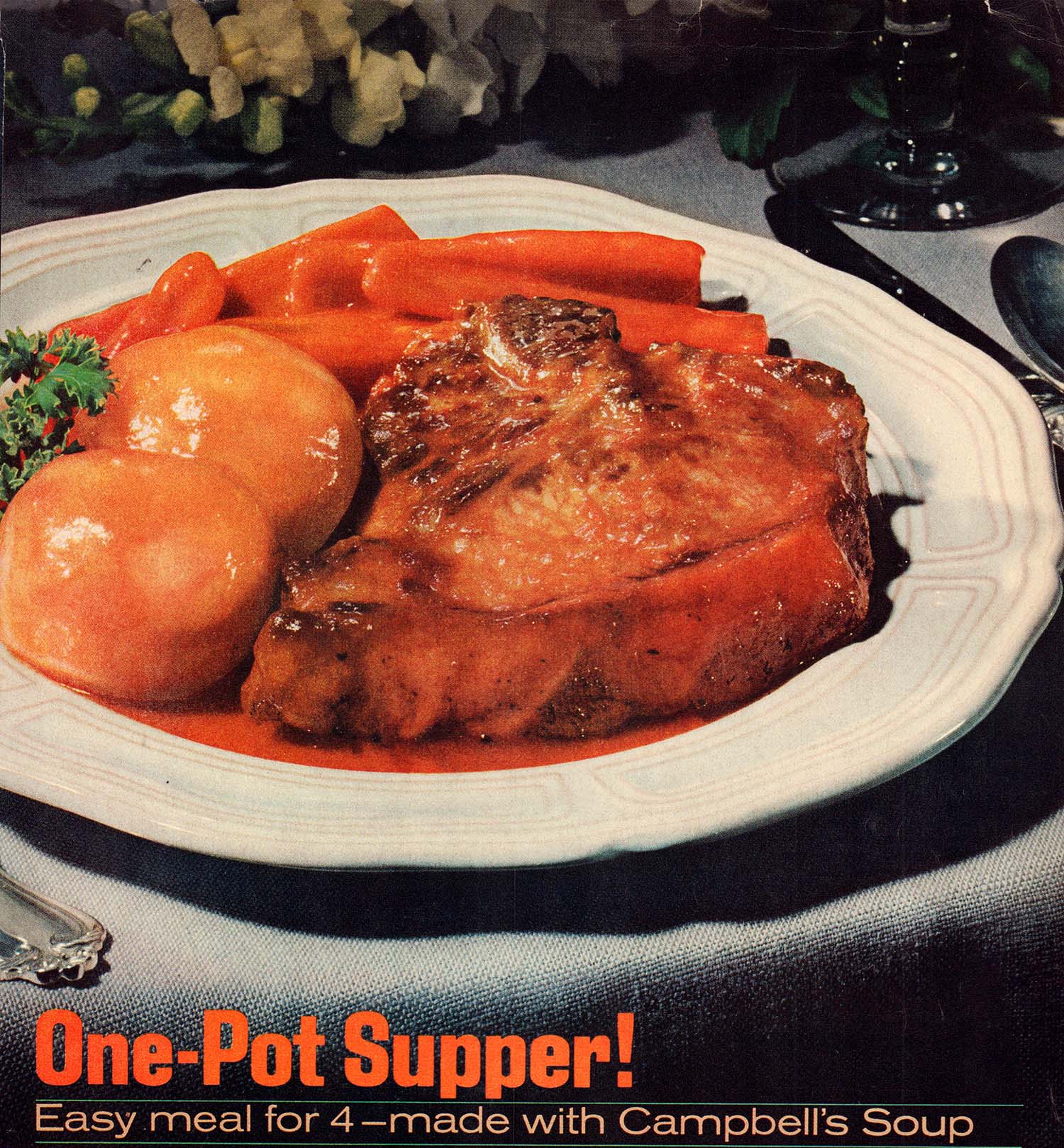 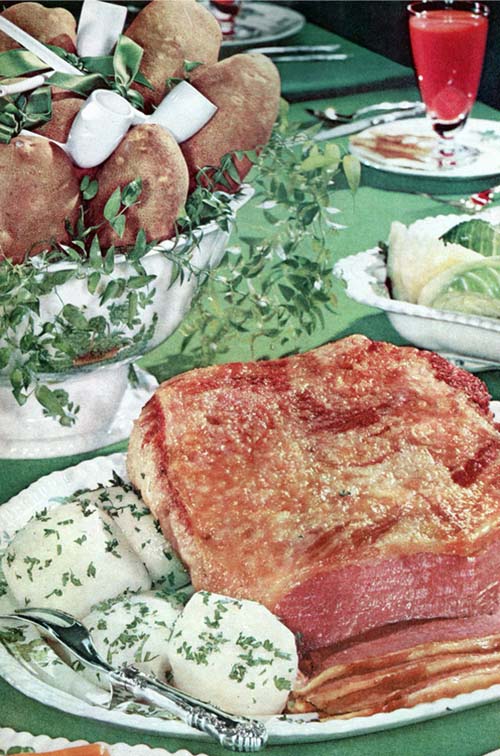 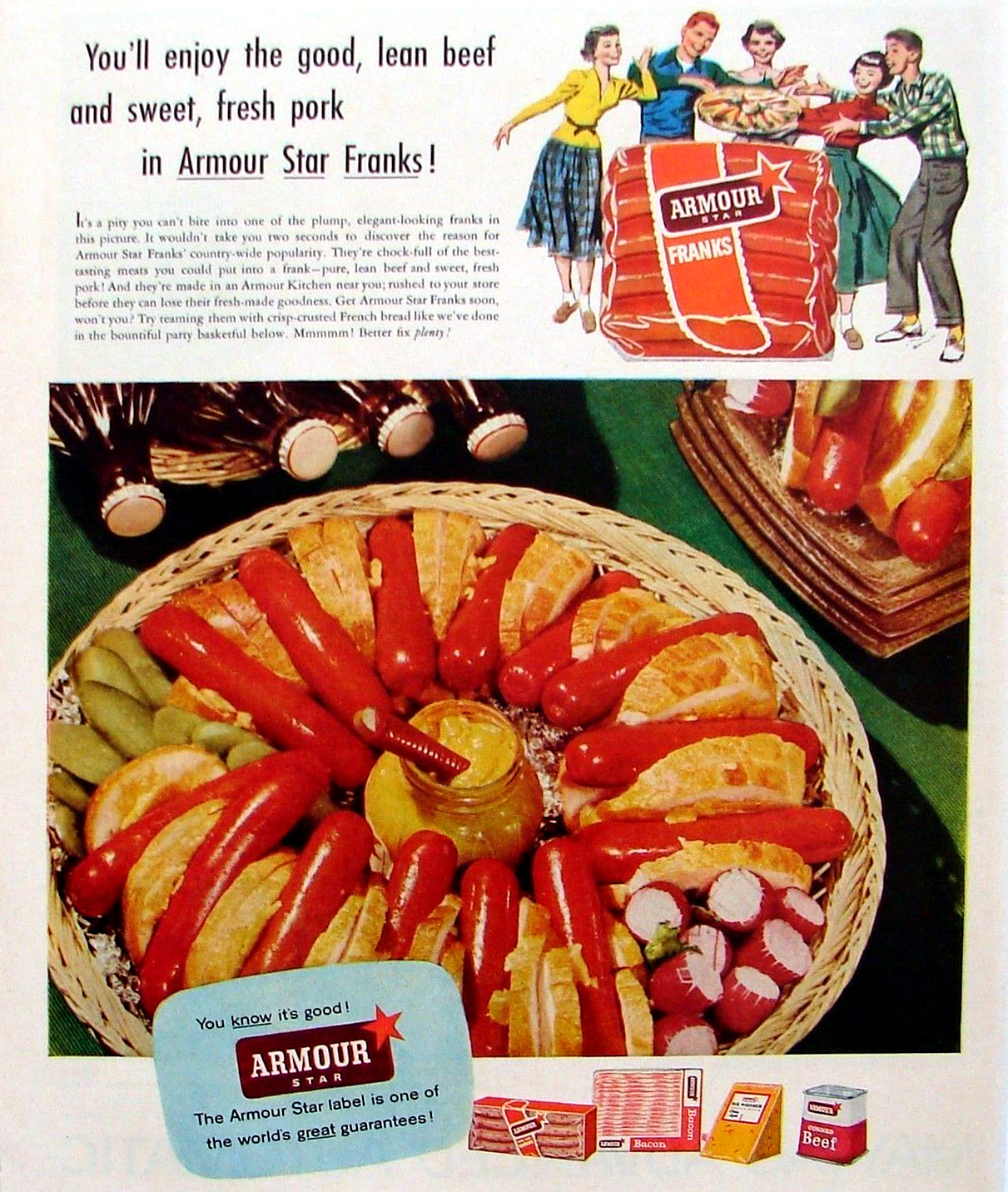 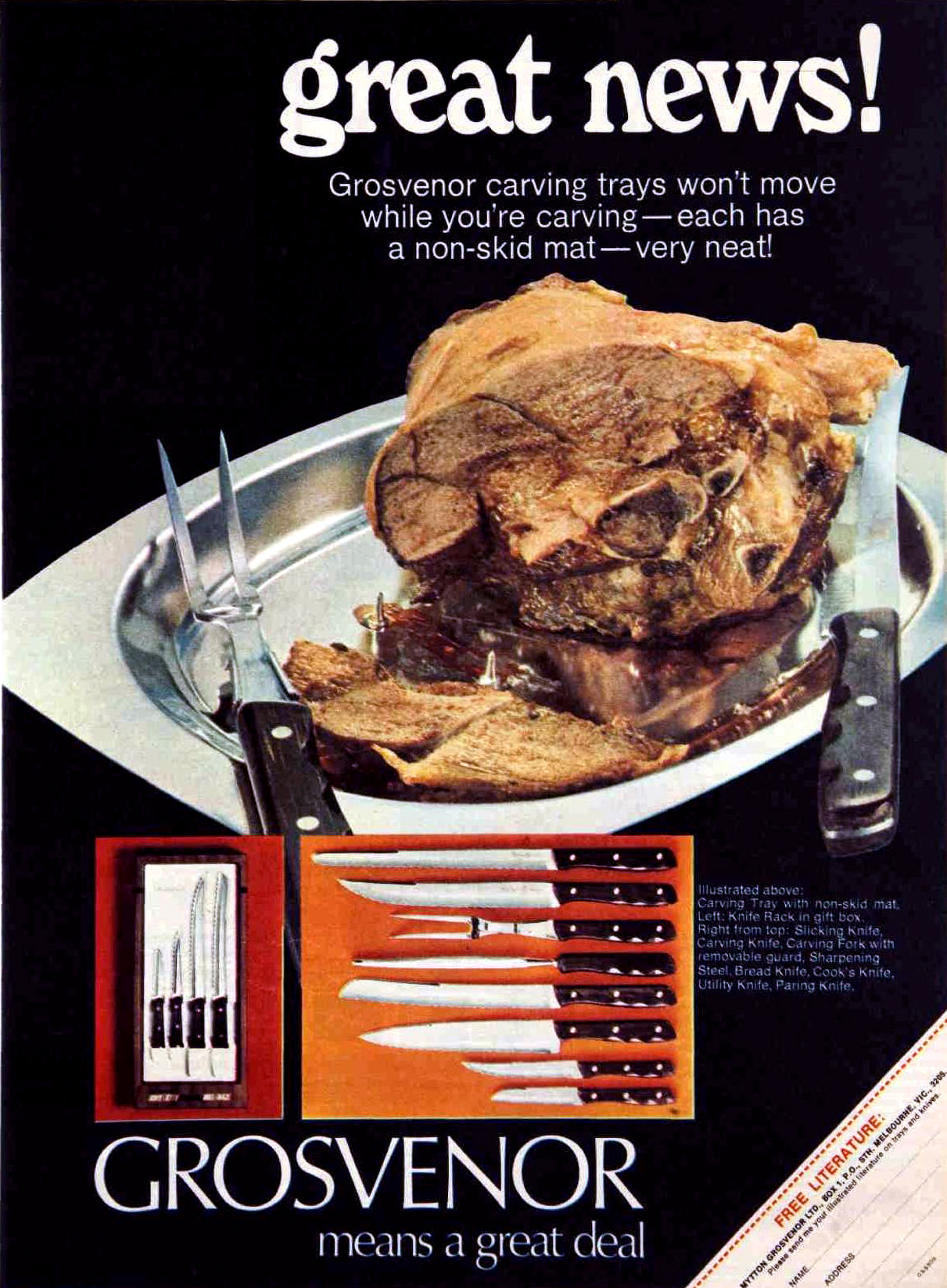 I’m sure they’re great knives, but my attention is distracted by that massive hunk of meat.  Wow.  How can we possibly top that?  This ad from 1967 just might… 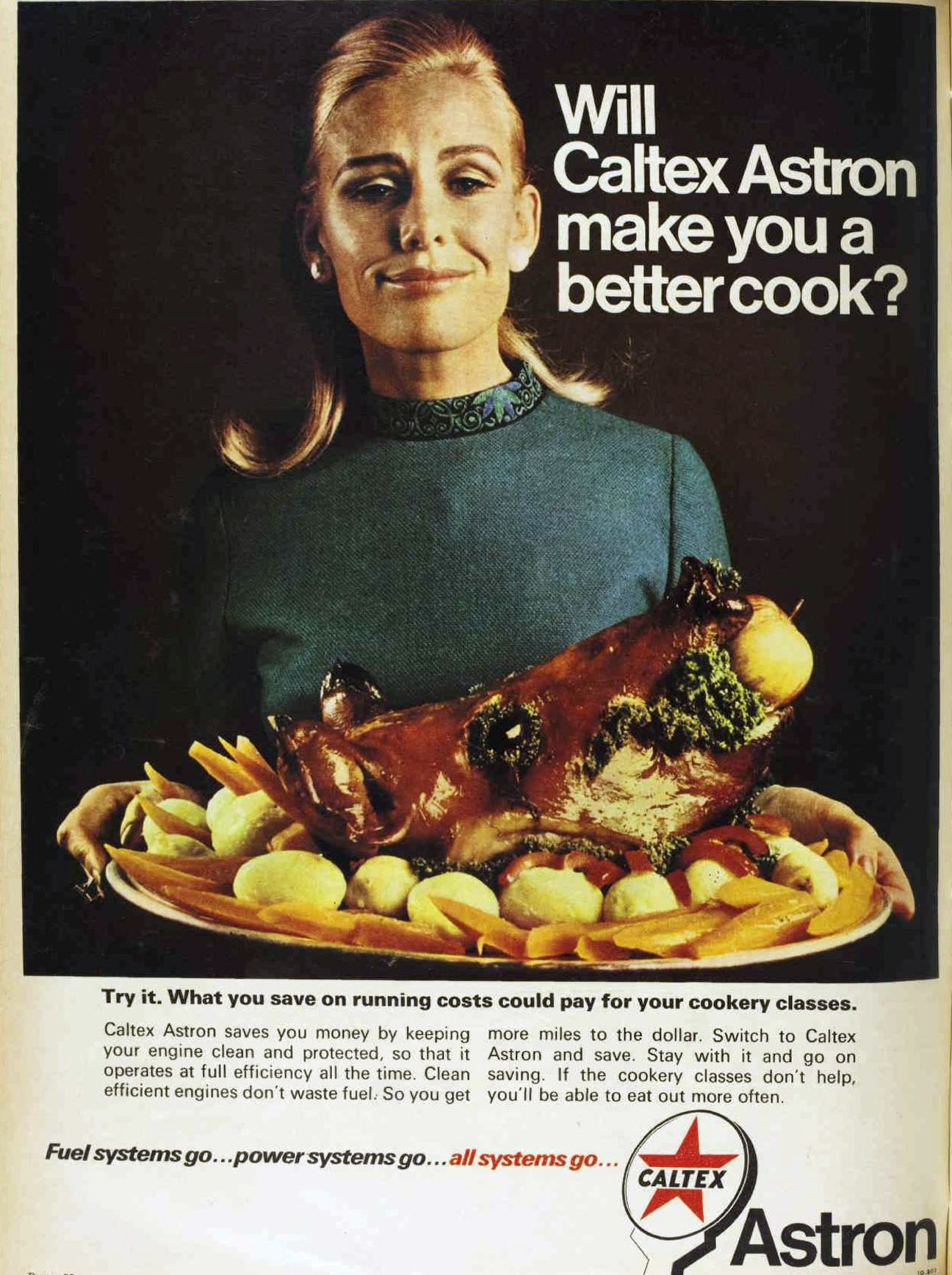 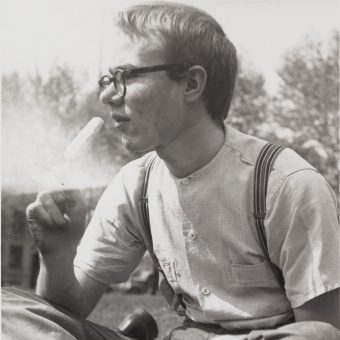