I can’t begin to explain it. Vintage Pulps (primarily sci-fi pulps) simply couldn’t resist having a dame encased in glass on their covers. Sometimes it was ice, sometimes it was an invisible force field – it didn’t matter, as long as it was a transparent enclosure of some kind. I’m sure there’s a reasonable explanation for this, but until I find one, I’ll continue scratching my head at the seemingly endless pulp covers of gals under glass. 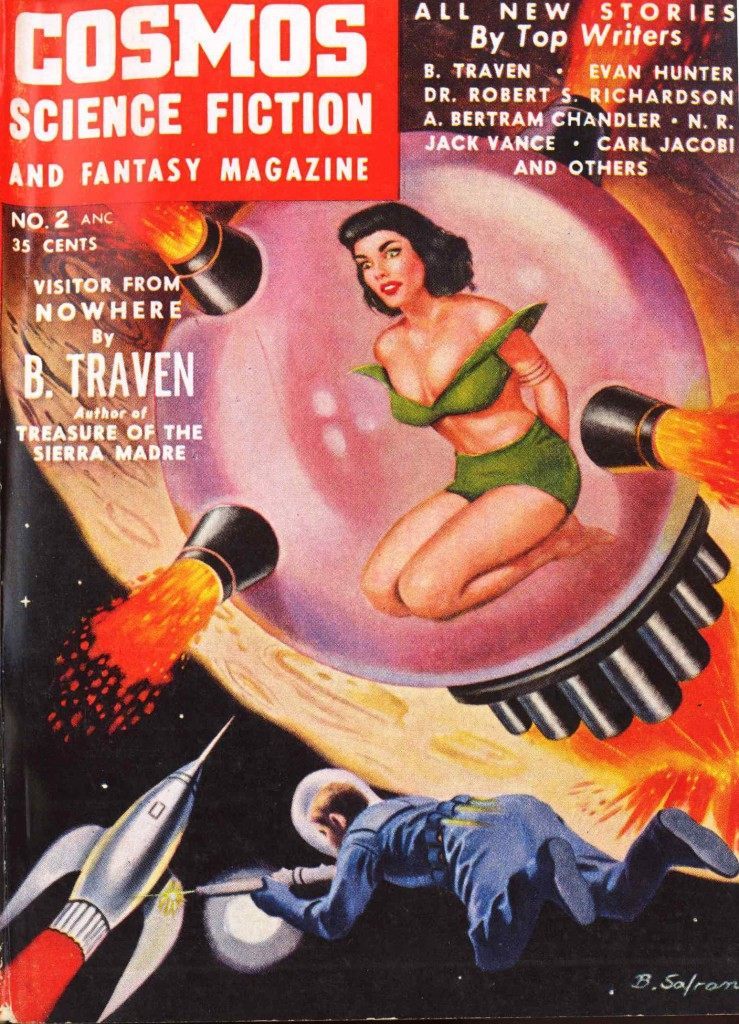 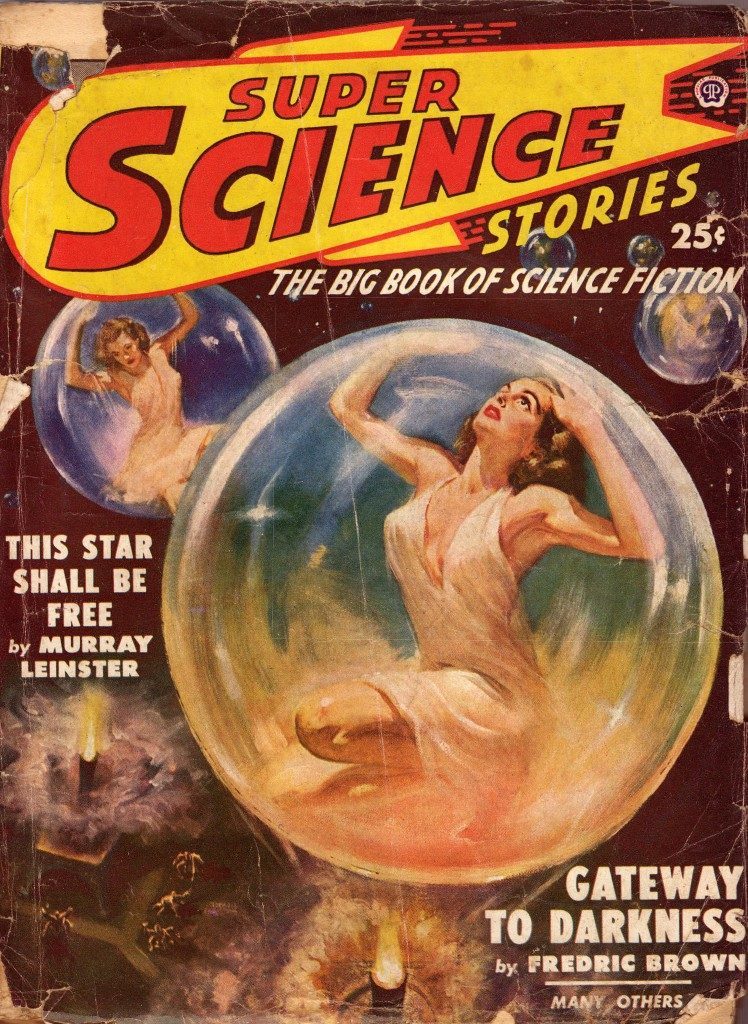 Any armchair psychiatrists or sociologists out there that want to hazard a guess as to the reason for the “trapped under glass” phenom?  Perhaps an allusion to the repressed and artificially restricted early 20th century female – yearning to break from this invisible bondage?  Just a thought. 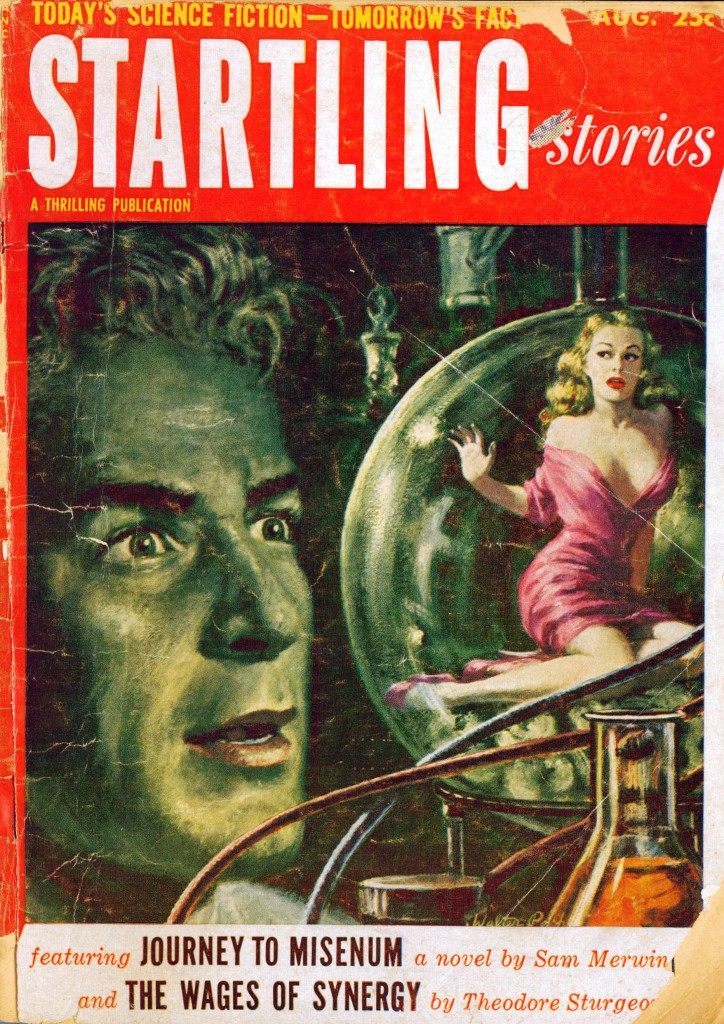 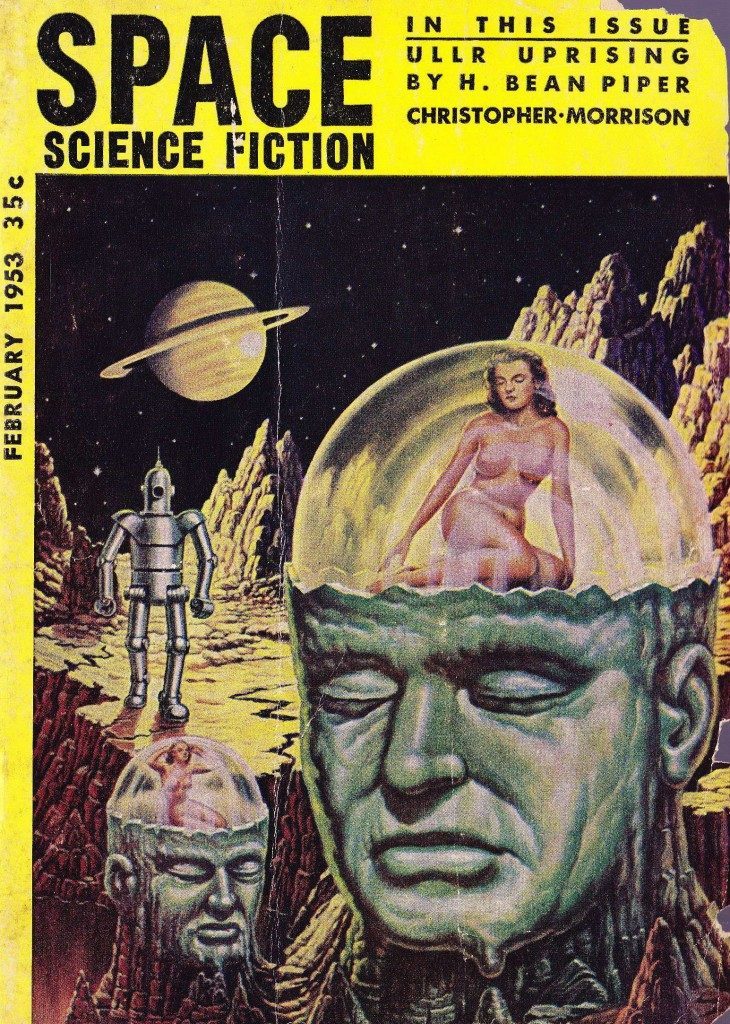 I’m sorry, but there’s definitely something going on here that seems deeply Freudian. 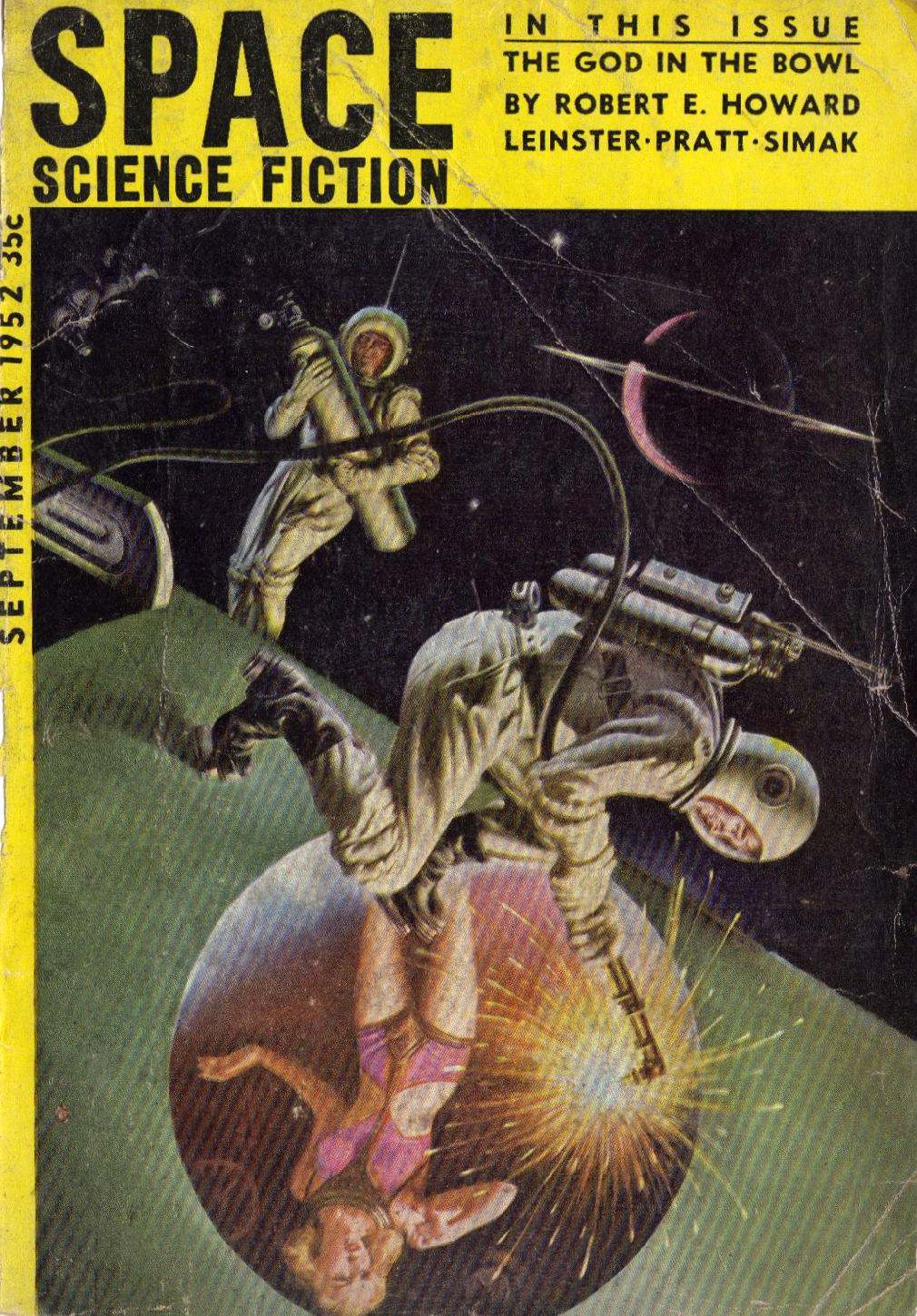 You can try to break her out, fellas, but it’s no use.  For every chick you set free from random glass balls, there will be two more to take its place on next week’s pulp covers. 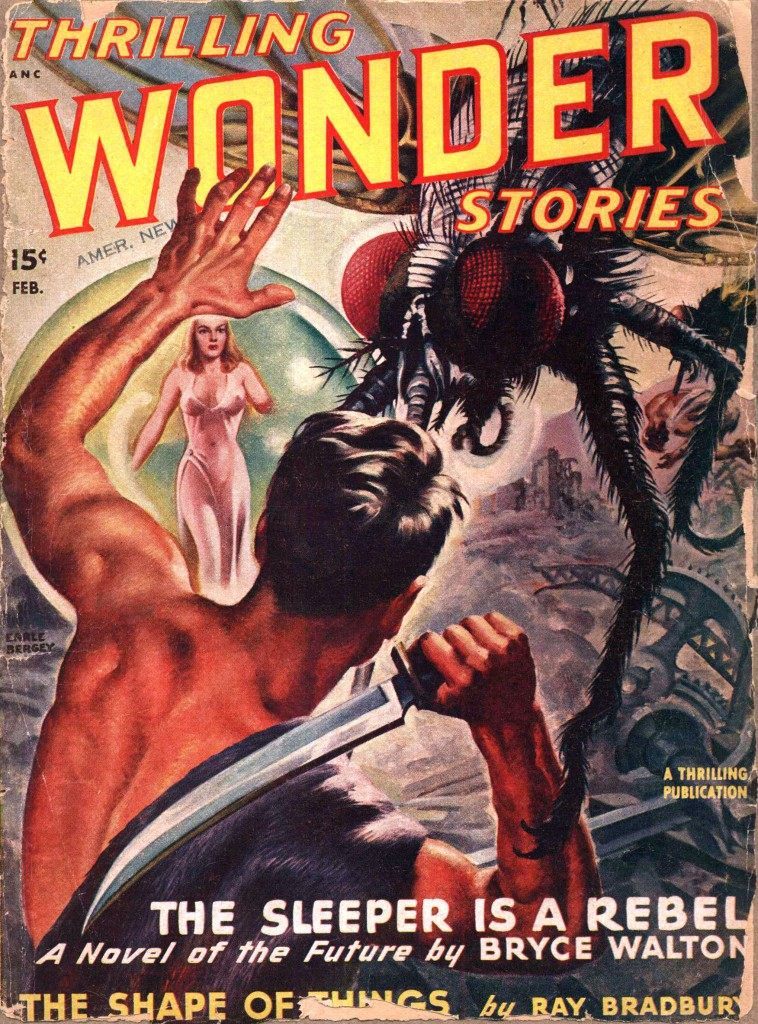 This pulp maiden doesn’t seem too terribly unhappy with her transparent bubble.   The “trapped under glass” trope did offer a bit of variation from time to time. 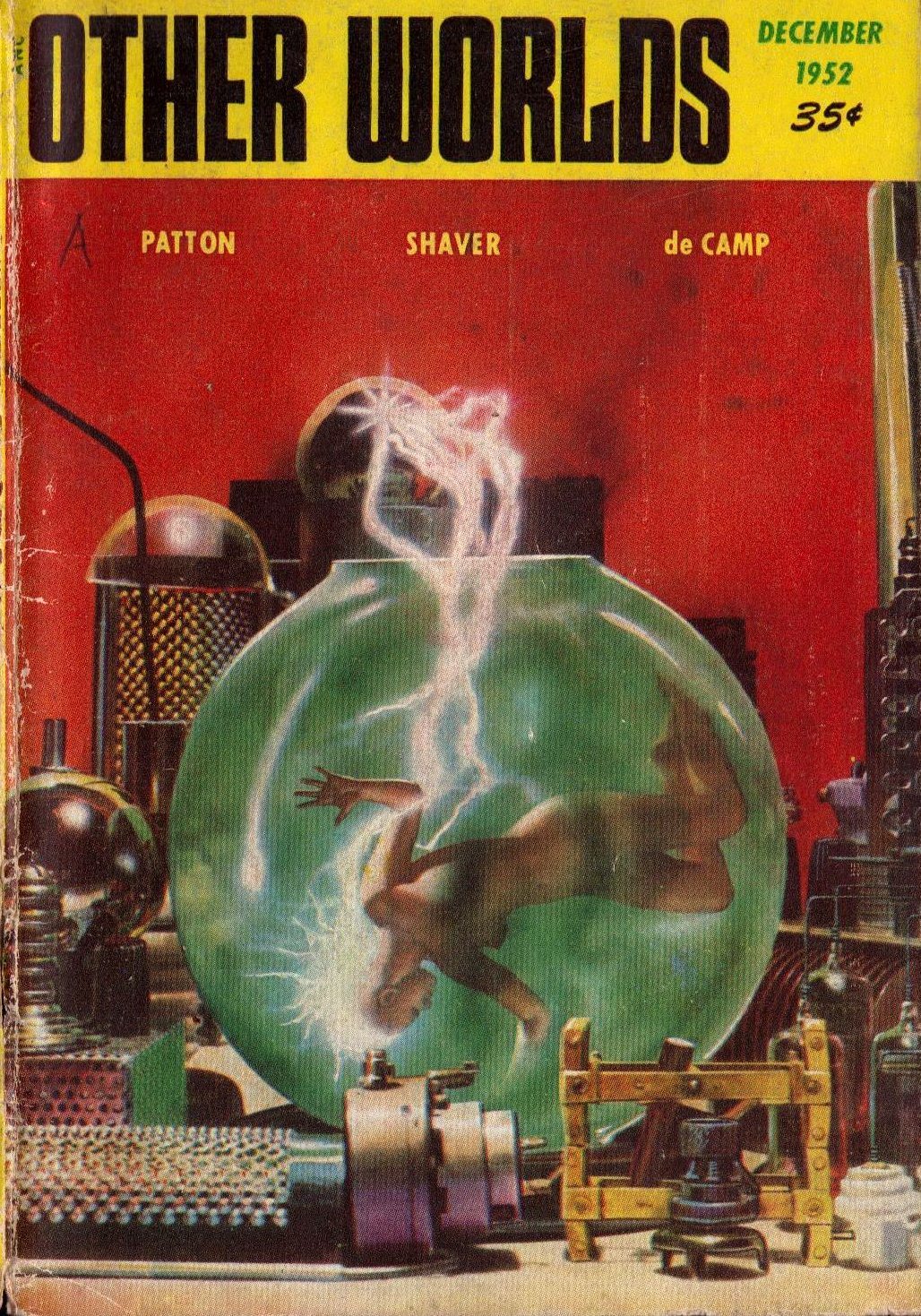 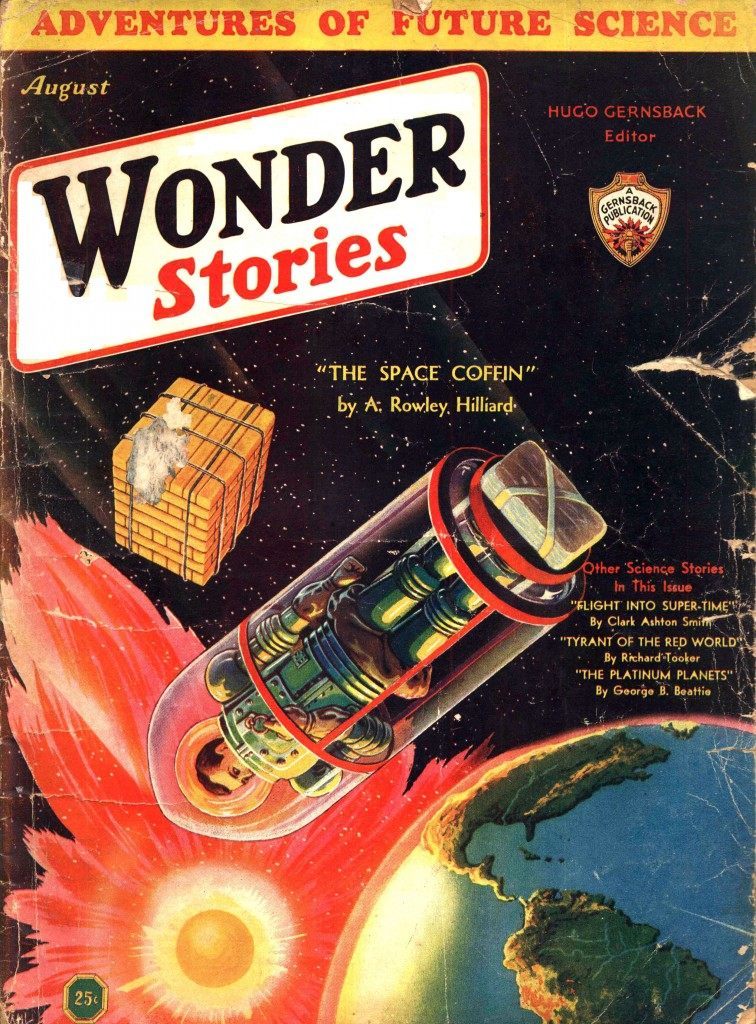 Whoa! What’s this?  A man trapped under glass?…. Oh, he’s escaping danger, and is fully in control of his situation.  For minute there, I thought we might have had a rogue pulp on our hands. 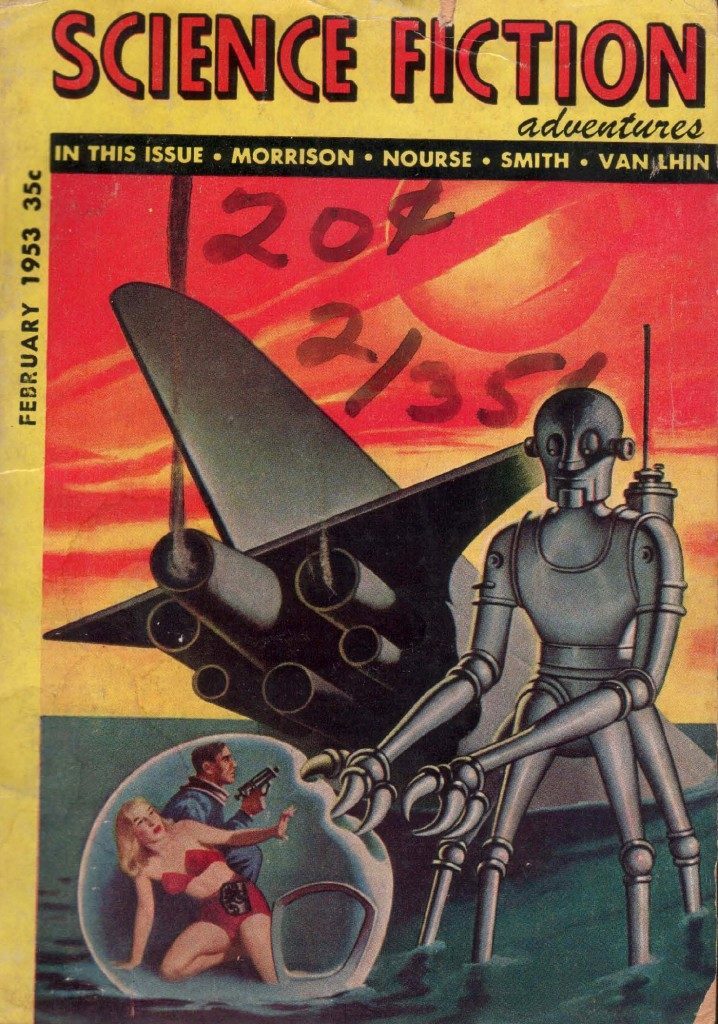 Sorry about the cover defacement – it’s the only one I could find of this issue.  It’s important because we have both a guy and girl trapped behind glass.  You’ll note the guy is fully armed while the girl is fully defenseless. 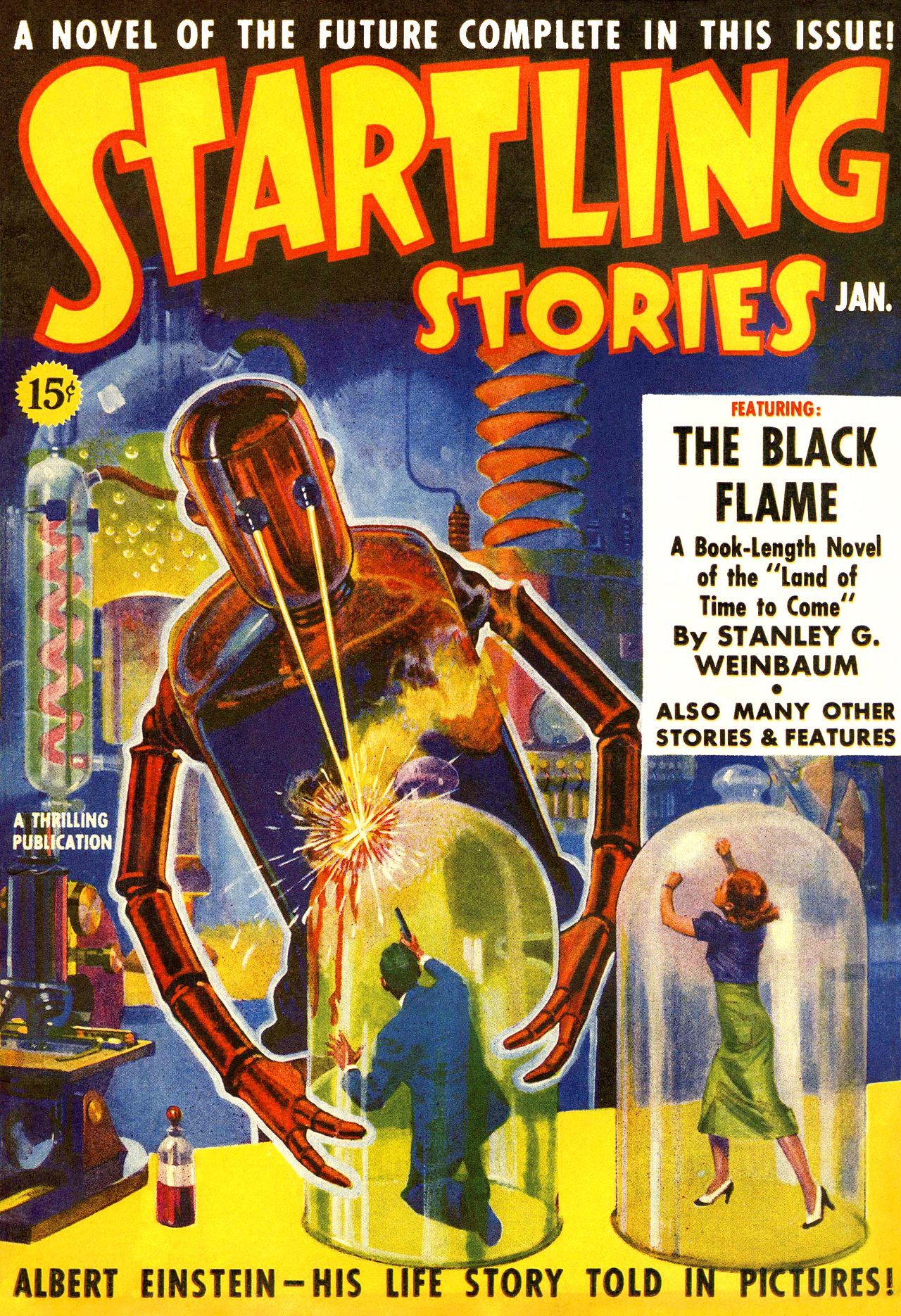 And here we see it again: both guy and girl are trapped under glass.  As before, the dude has a gun, the girl is screwed. 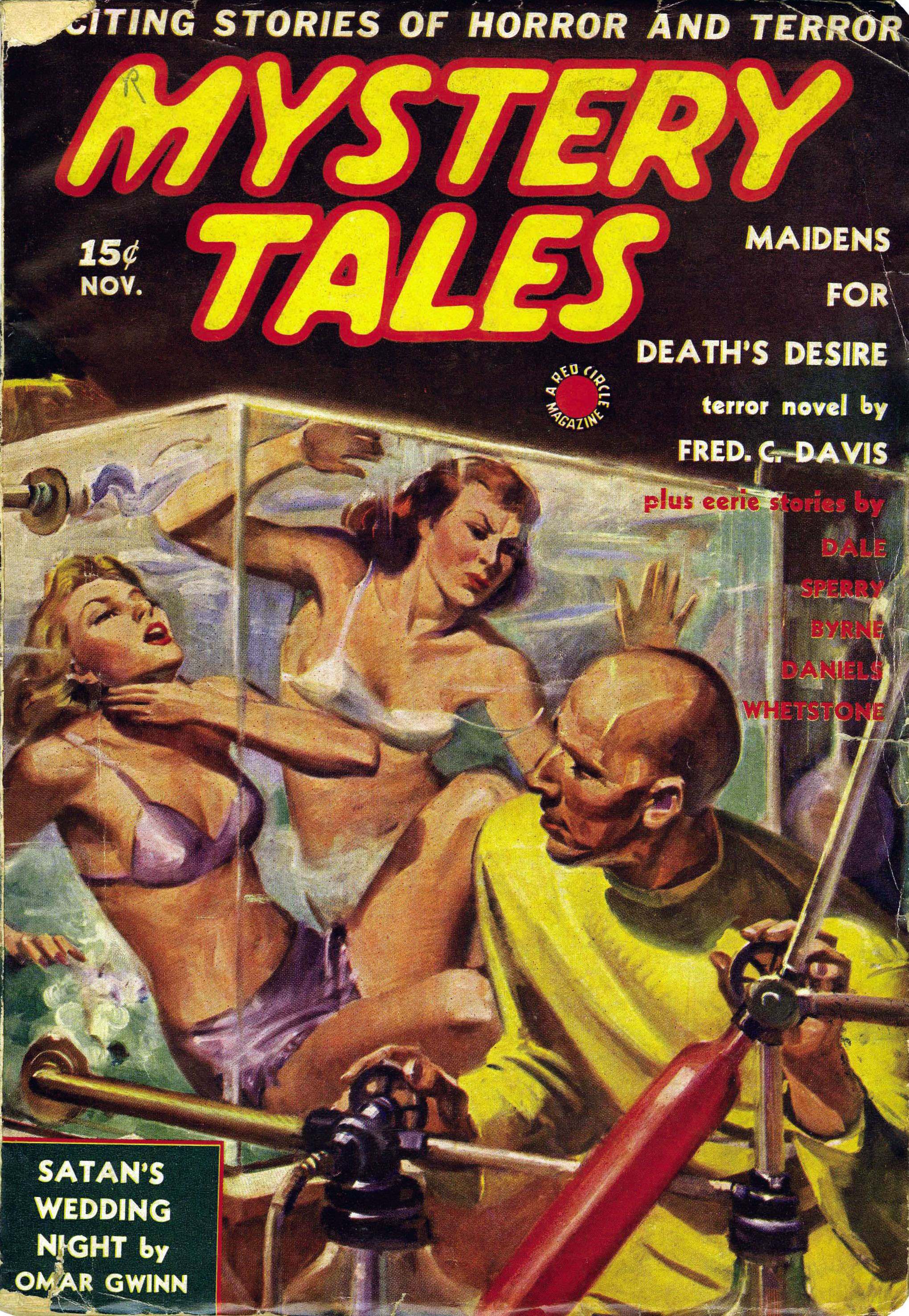 This is just horrifying, and adds to the theory that this whole “trapped under glass” schtick  wasn’t a positive thing for the ladies. 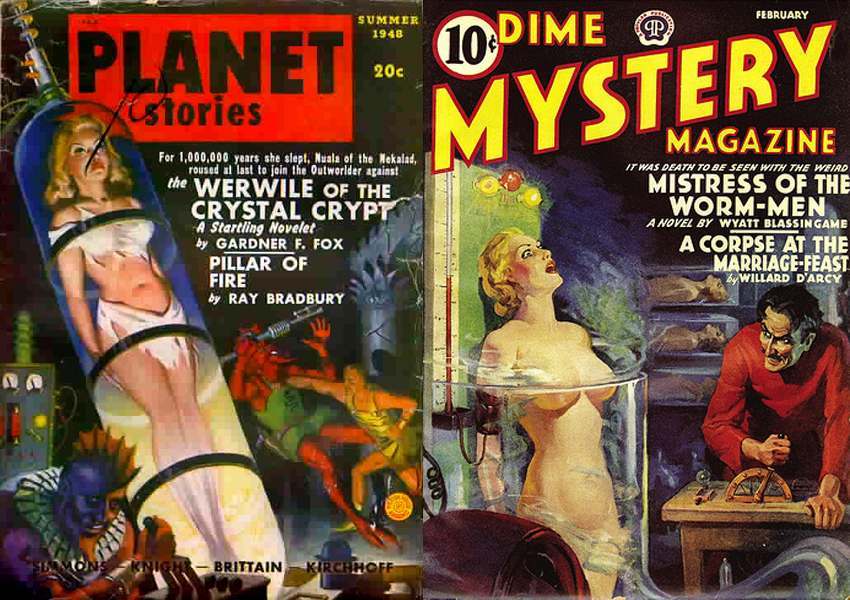 Note, the “glass” containment was generally a sphere; however, as the next few examples demonstrate, it could be a cylinder as well. 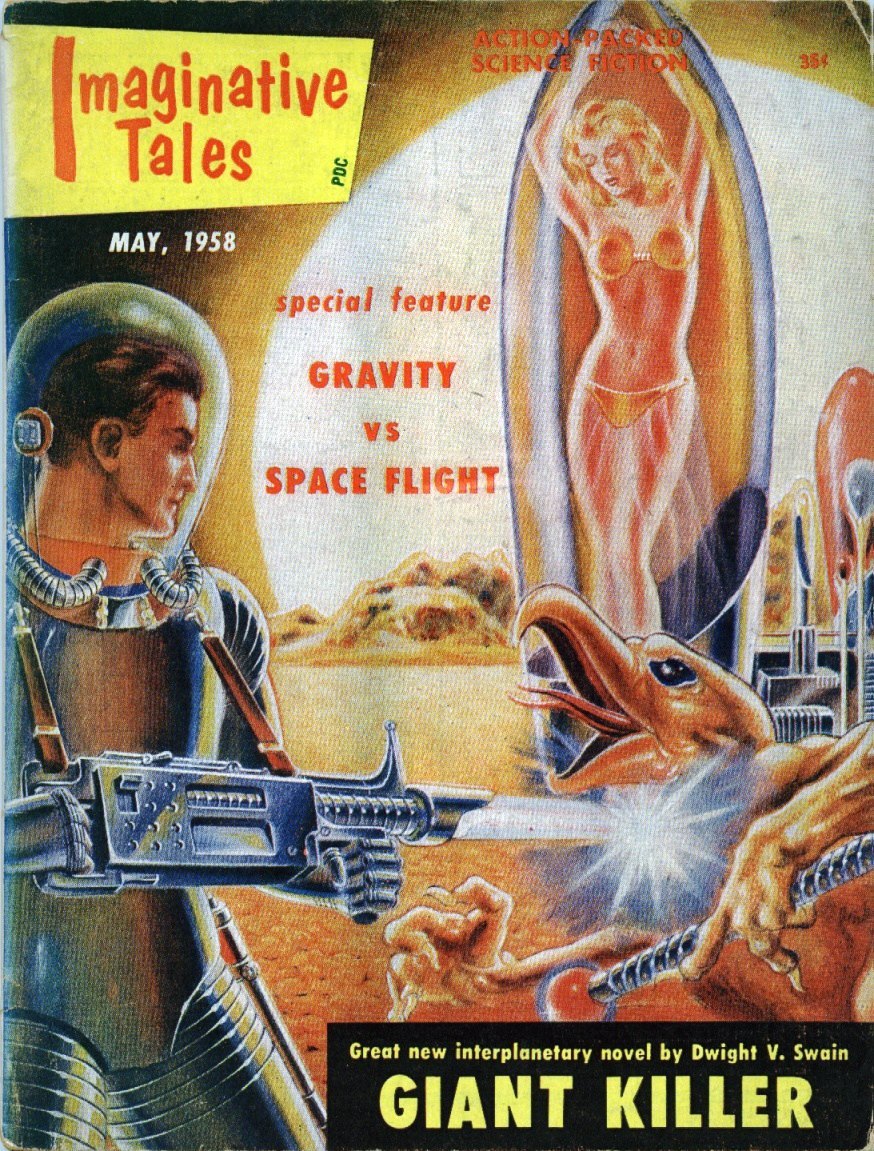 Damsels helpless and trapped inside a phallic shaped cage…. I wonder if there’s meaning behind this? 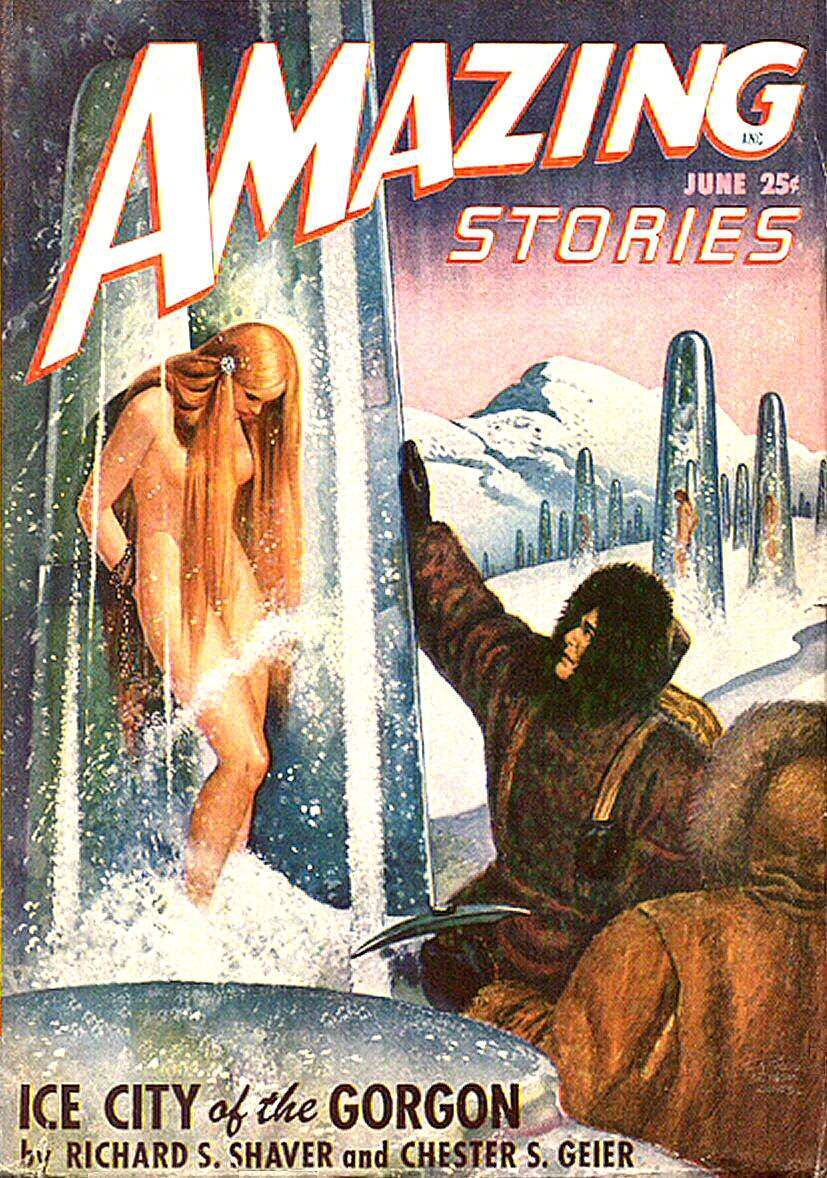 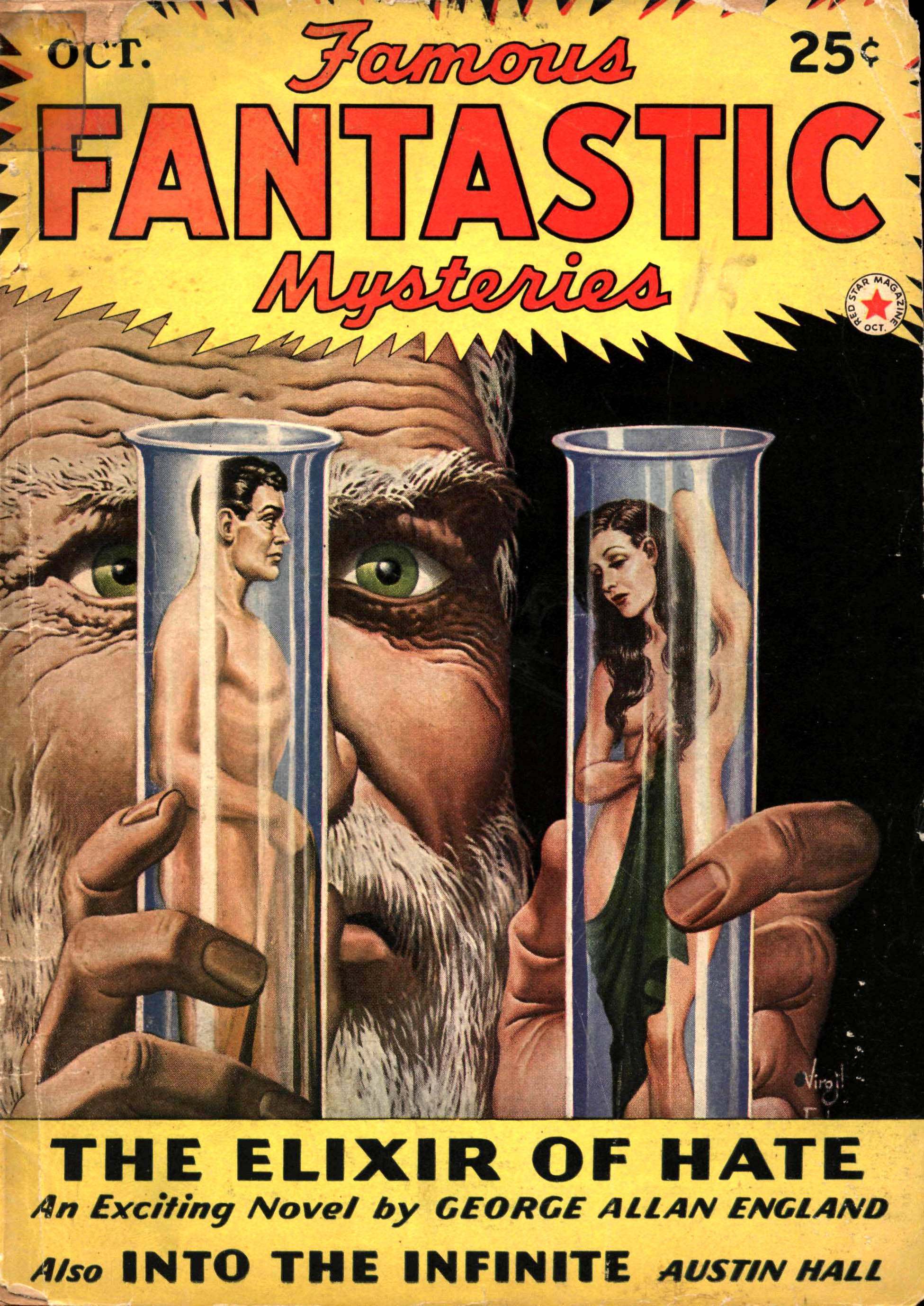 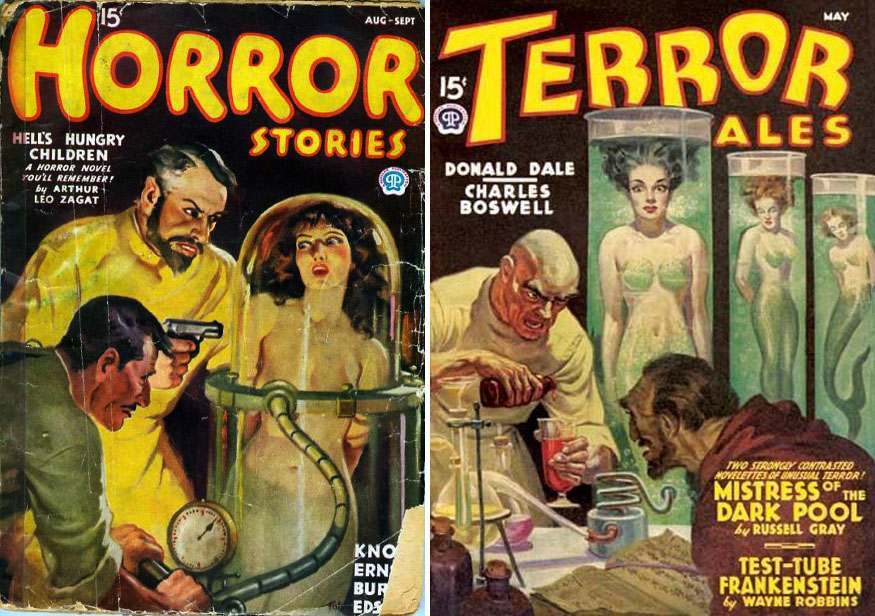 You may recall that vintage pulps were prone to feature ladies being attacked by animals (When Animals Attack! A Menagerie of Deadly Beasts of the Pulps) and jungle natives (When Natives Attack! White Damsels and Jungle Savages in Pulp Fiction); however, those were primarily from mid-century pulps.  The examples thus far have mainly been from the decades prior… the “trapped under glass” trope definitely had its heyday in the 1920s-1940s.

But that’s not to say it went away entirely… 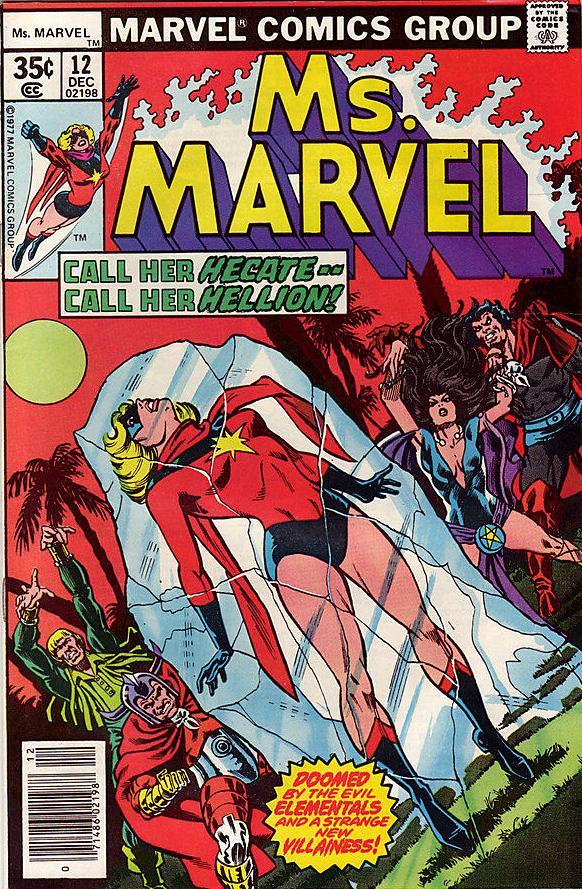 Comic books carried the torch, but it was nowhere near as prevalent. 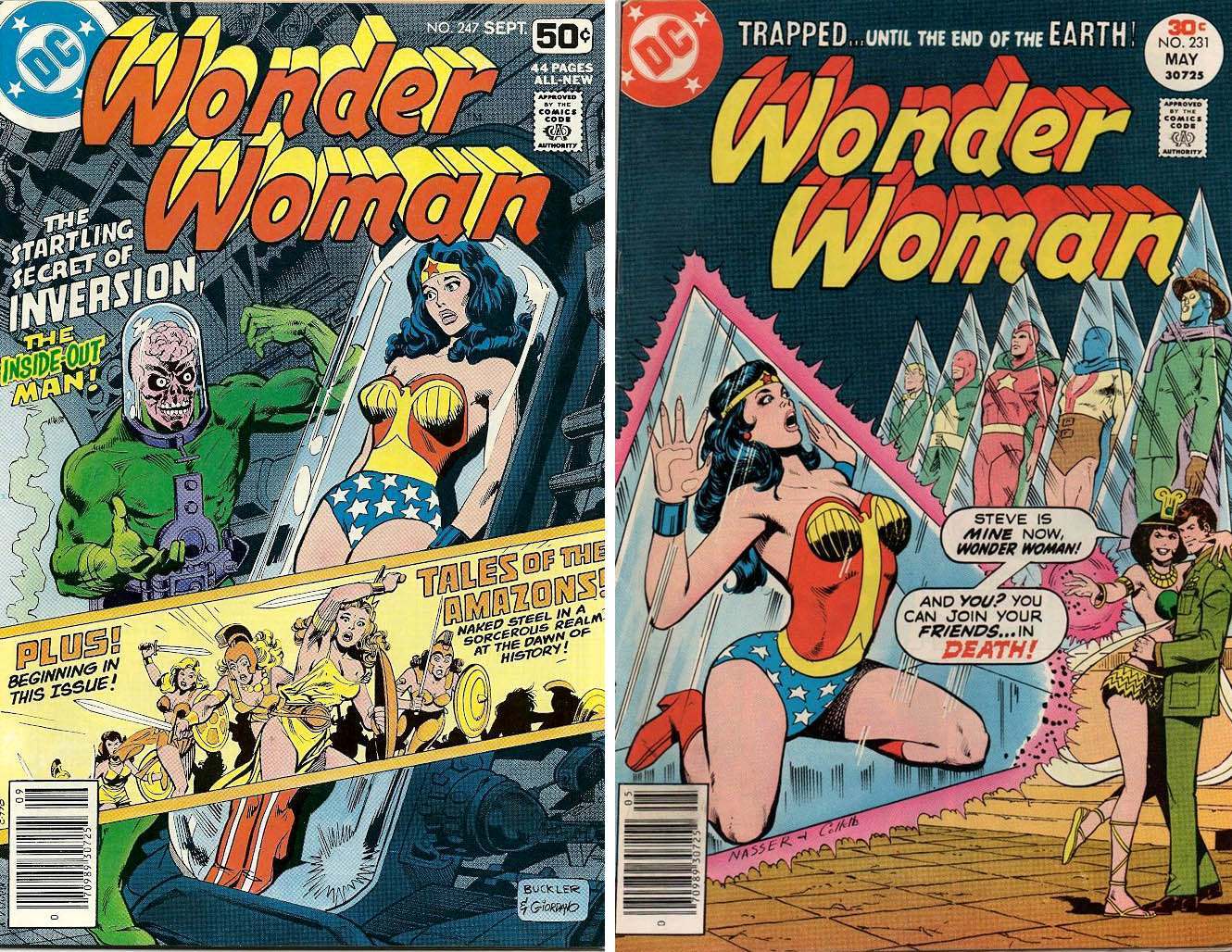 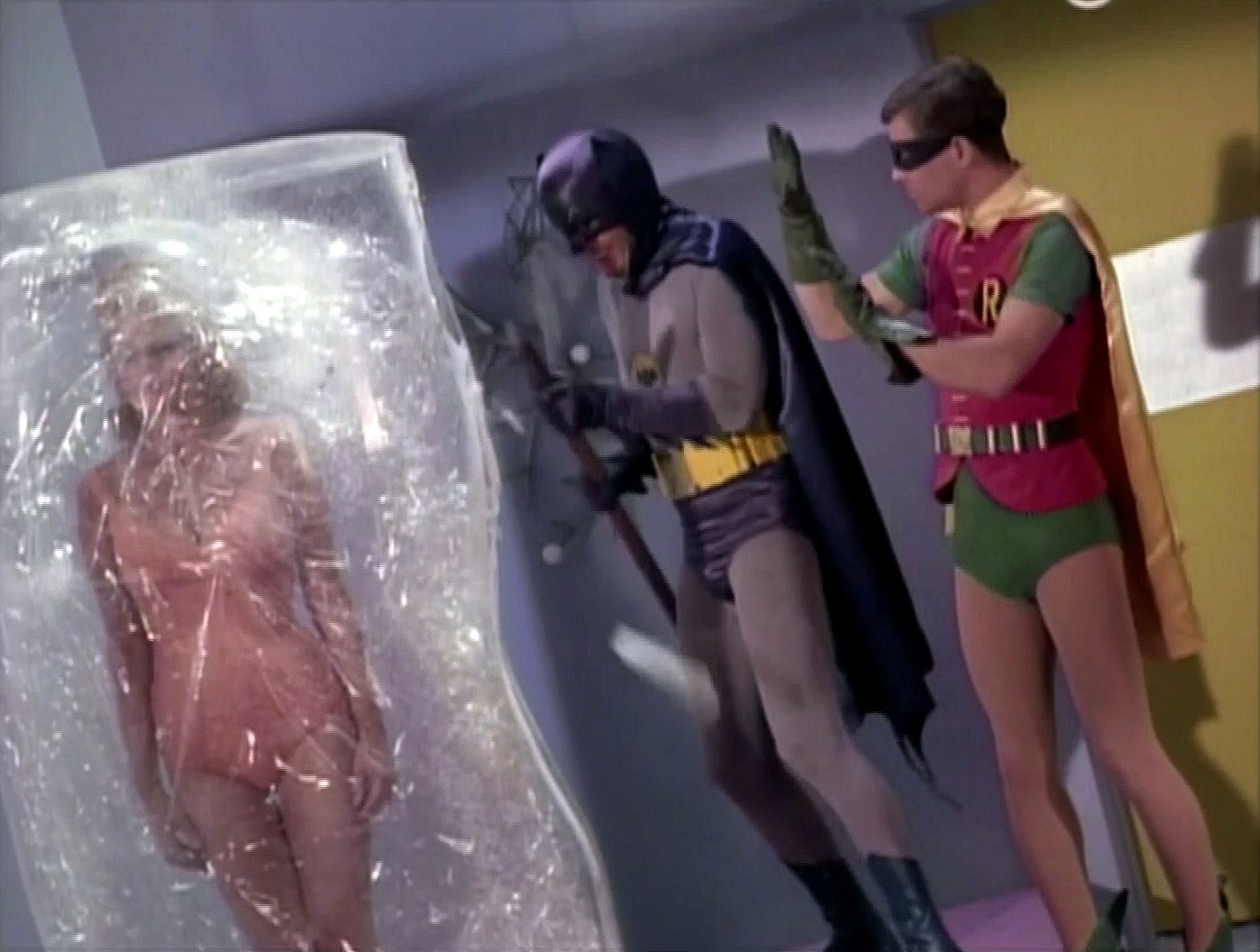 … but, as I said, the Golden Age of the trapped under glass motif had long since passed.  Whatever it’s psychological meaning was, whether it had some Freudian or sociological backstory, will have to remain a mystery.  So long, trapped-under-glass-girl.  It was fun while it lasted. 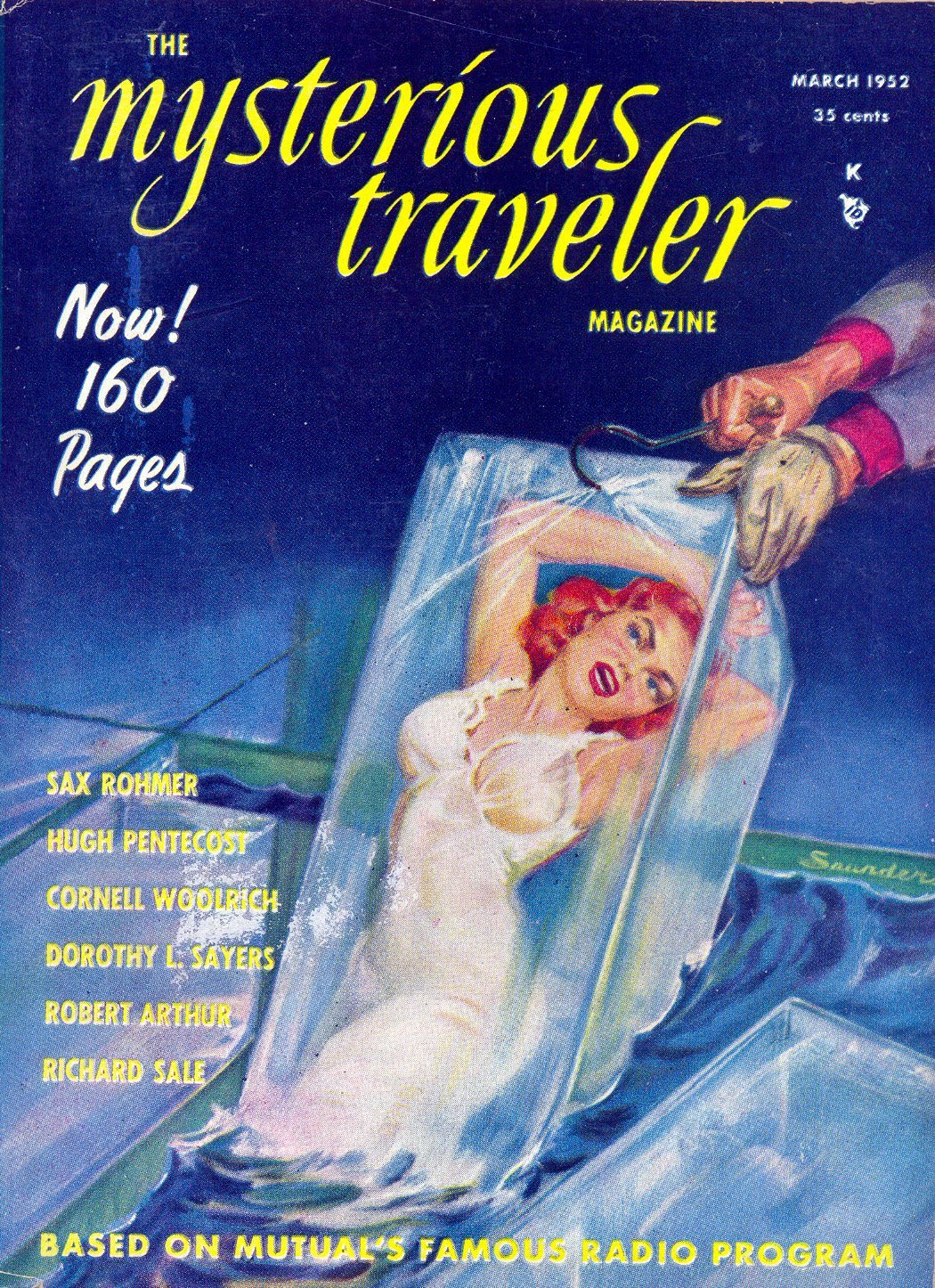