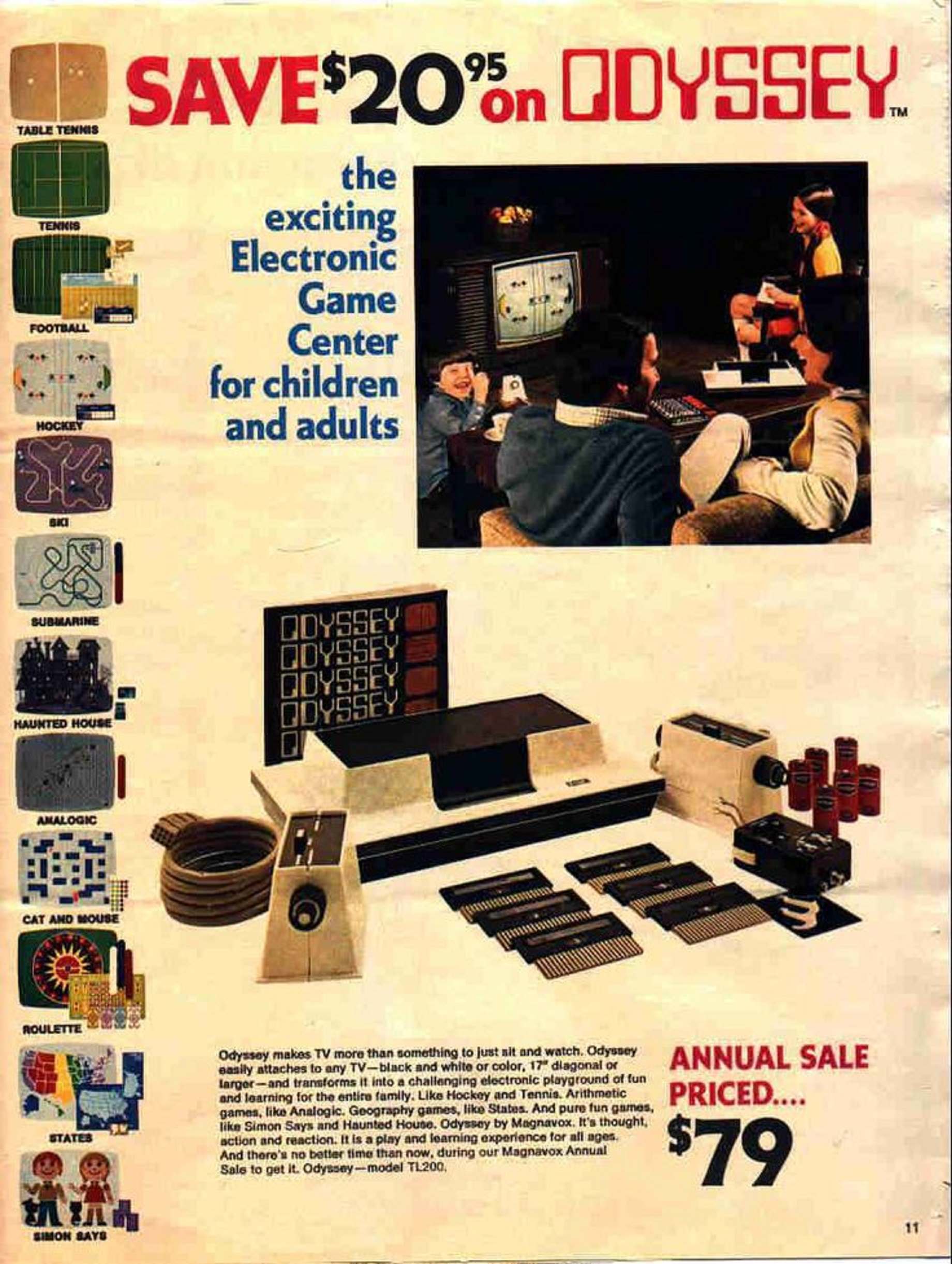 I’ll admit it, I don’t actually remember this console, the Magnavox Odyssey.

It was released on the market when I was just four years old, in 1972.  Yet it is historically important, since video game scholars mark it as the first commercially available home video game system. 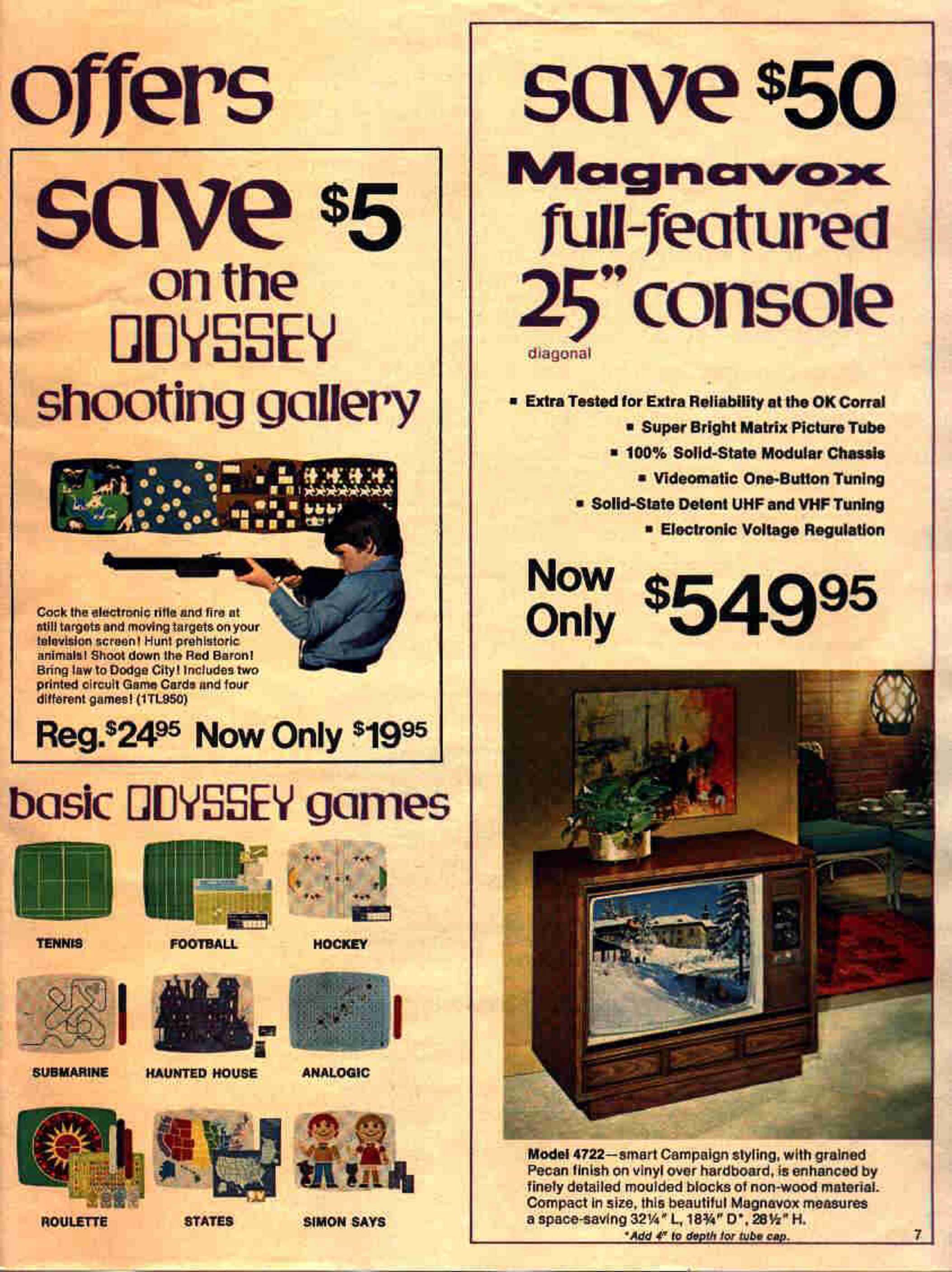 Created by Ralph Baer with Bill Harrison and Bill Rusch, the Magnavox Odyssey is described in its promotional material as “the exciting Electronic Game Center for children and adults.”

The same advertisement notes that the game system makes TV into more “than something to just sit and watch,” transforming the boob tube into a “challenging electronic playground of fun and learning for the entire family.”

The Magnavox, its manufacturers note, is “thought, action and reaction. It is a play and learning experience for all ages.”

The Odyssey is very different from the other game systems that I have covered here, for certain.  For example, the Magnavox Odyssey features no sound card, runs on six C batteries, and features color overlays that you can place over the TV set to make it appear that the games are produced in color.

The Magnavox Odyssey also was sold with poker chips and dice, so that you could play casino style games with the machine (like “Roulette.”)

In 1972, 100,000 Odyssey units were sold, and over its life, 27 Odyssey games were produced. Twelve came with the console unit (including “Table Tennis.”)

One of the most interesting add-ons for the Magnavox Odyssey is a pump action rifle or shot-gun to be used with such games as “Shooting Gallery,” “Shoot Out,” “Dog Fight” and “Prehistoric Safari.”

The makers of the game also faced a lawsuit from Atari, because the Odyssey’s Tennis game apparently too closely resembled the popular Pong arcade game.

Other games for the Magnavox Odyssey include “Interplanetary War,” “Haunted House,” “Cat and Mouse,” “Simon Says,” and “Brain Waves,” as well as an abundance of sports game.

Because of poor marketing and advertising, the Magnavox went out of production in 1975, but certainly, the so-called Atari Age owes something to this pioneer.

Below is a promotional film from 1972 explaining the glories of the Magnavox Odyssey.  And under that, a commercial for Odyssey that played during The Carol Burnett Show in 1973.