These ‘manners’ posters appeared on the Tokyo Subway between 1976 and 1982. 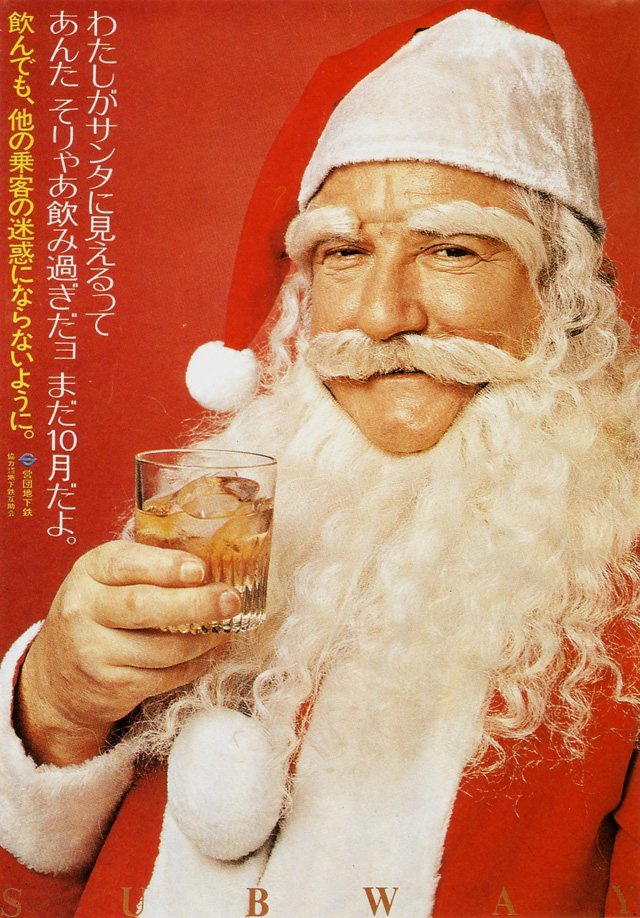 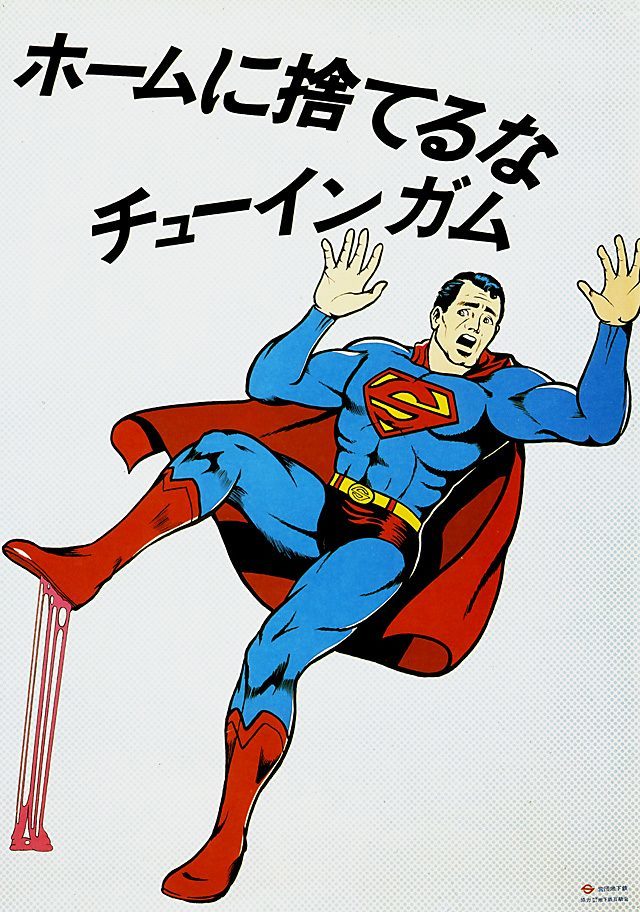 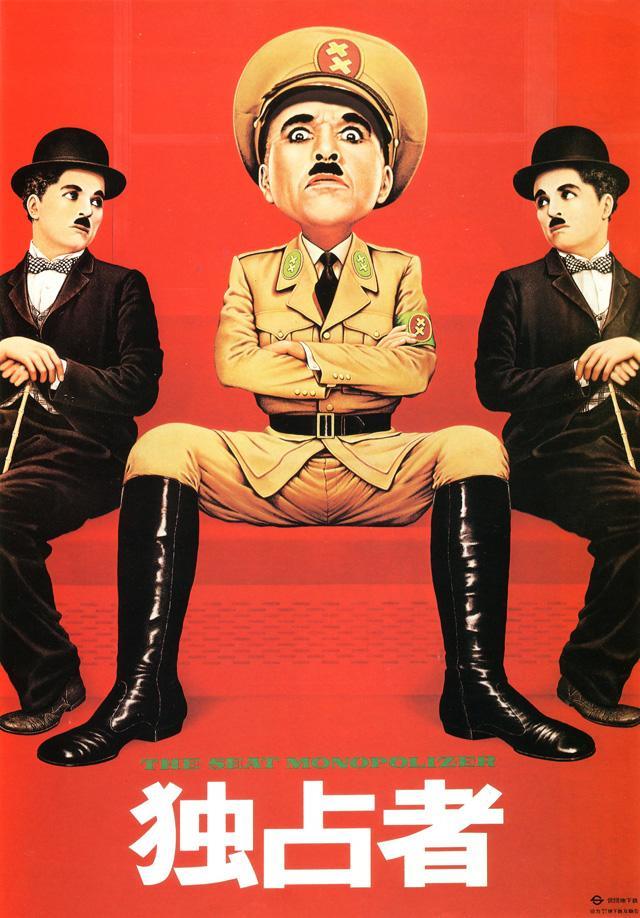 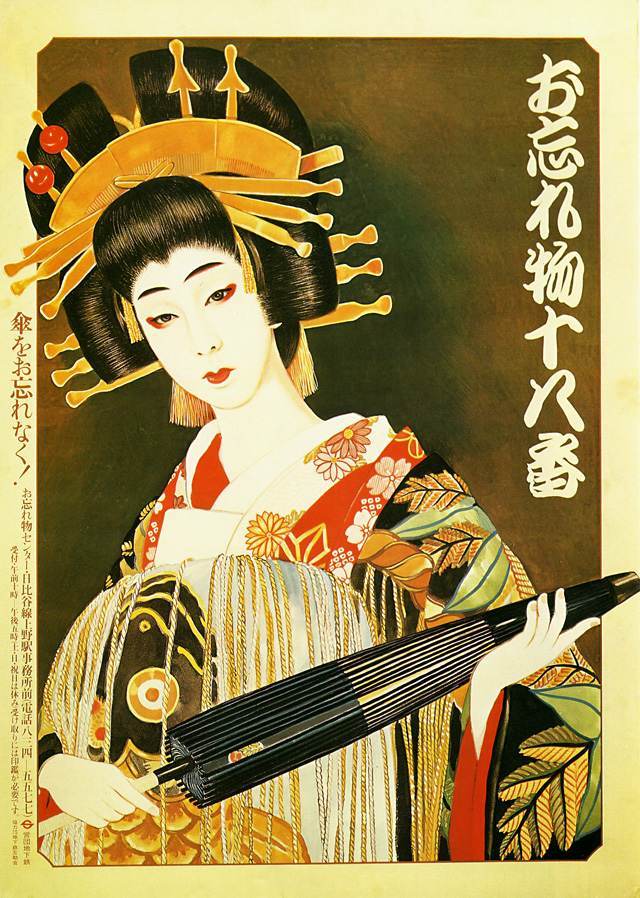 Don’t forget your umbrella (June 1977)
This poster of the high-class courtesan Agemaki (from the kabuki play “Sukeroku”), whose captivating beauty was said to make men forgetful, is meant to remind passengers to take their umbrellas when they leave the train. 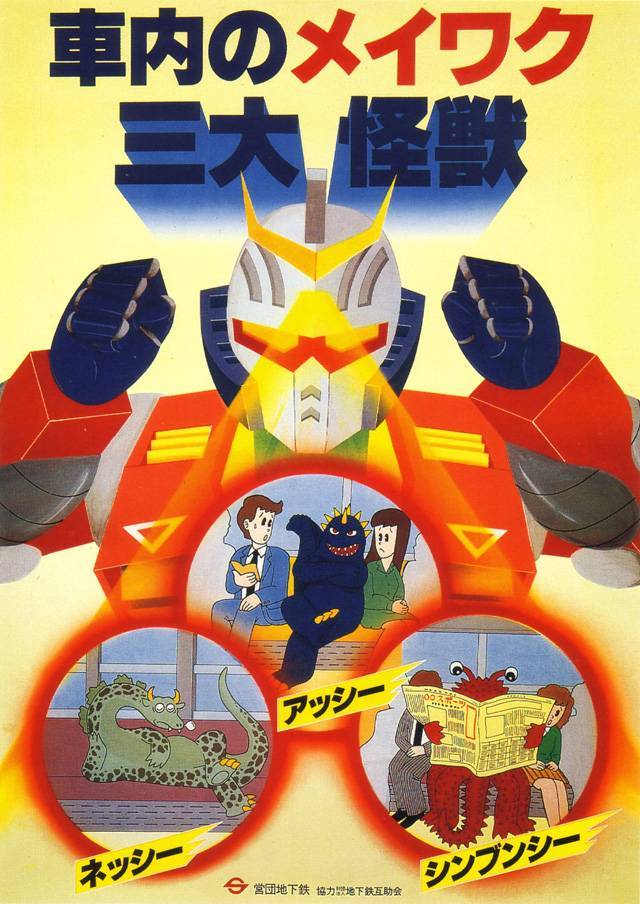 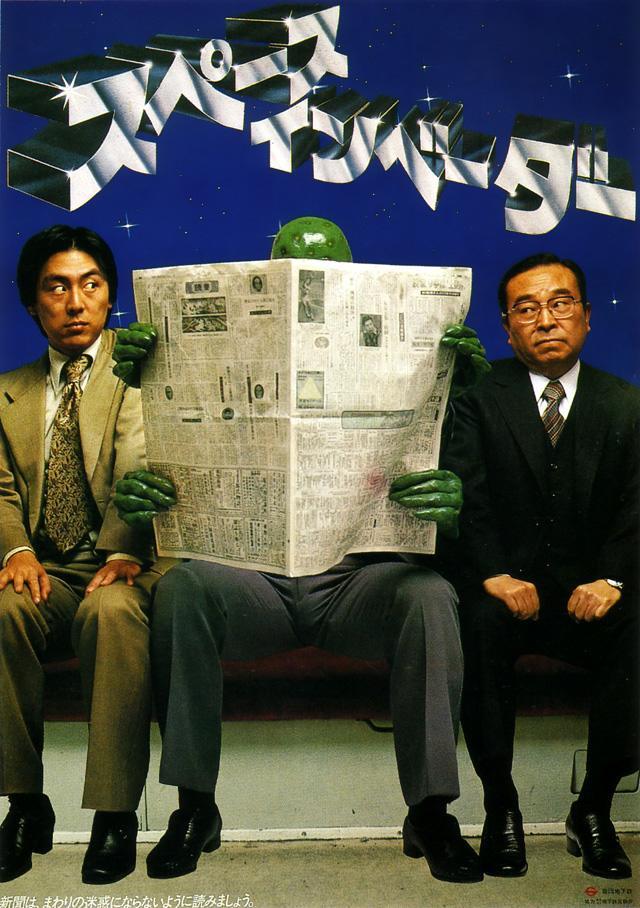 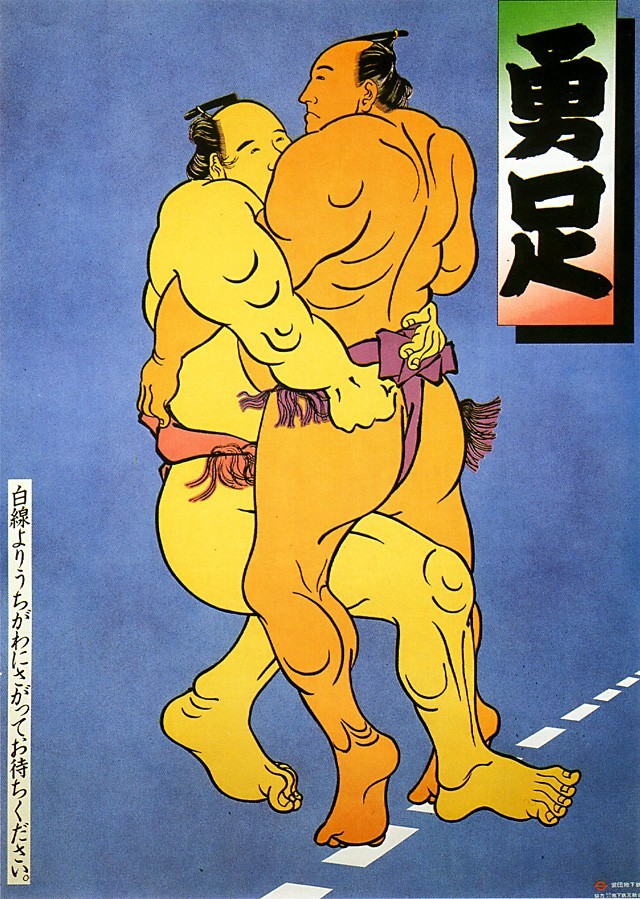 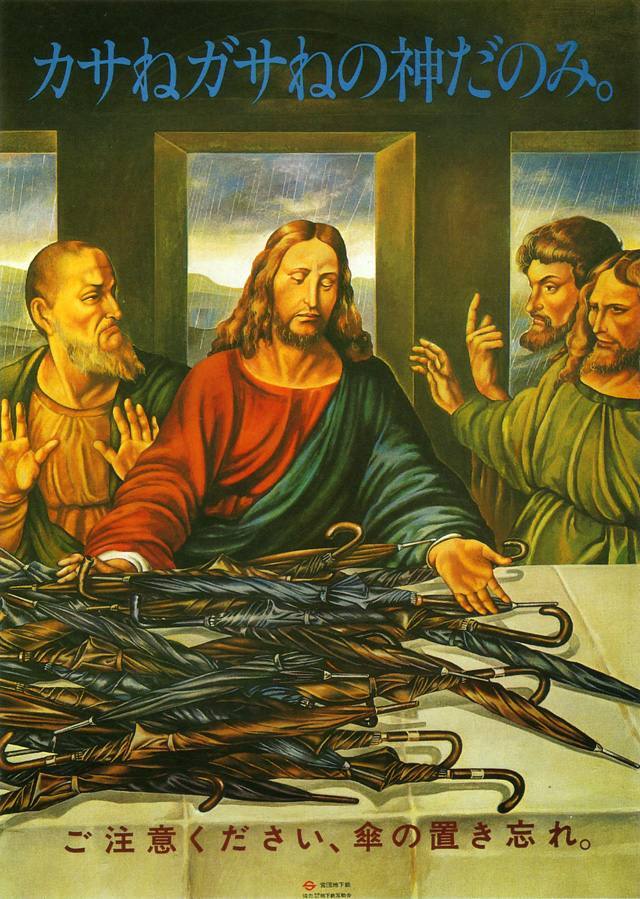 Don’t forget your umbrella (October 1981)
The text at the top of this poster — which shows Jesus overwhelmed with umbrellas at the Last Supper — reads “Kasane-gasane no kami-danomi” (lit. “Wishing to God again and again”). The poster makes a play on the words “kasa” (umbrella) and “kasane-gasane” (again and again). 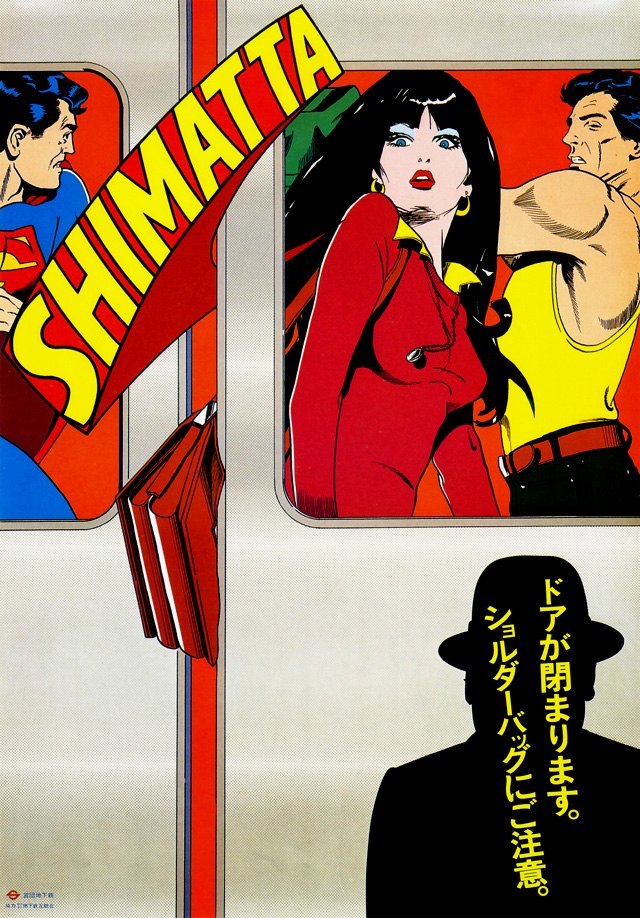 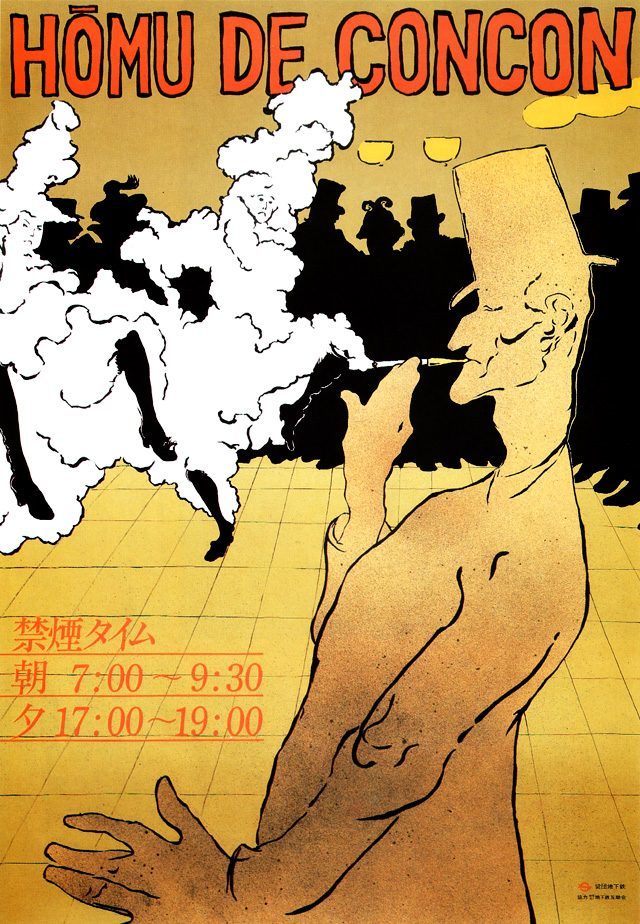 Coughing on the platform (January 1979) 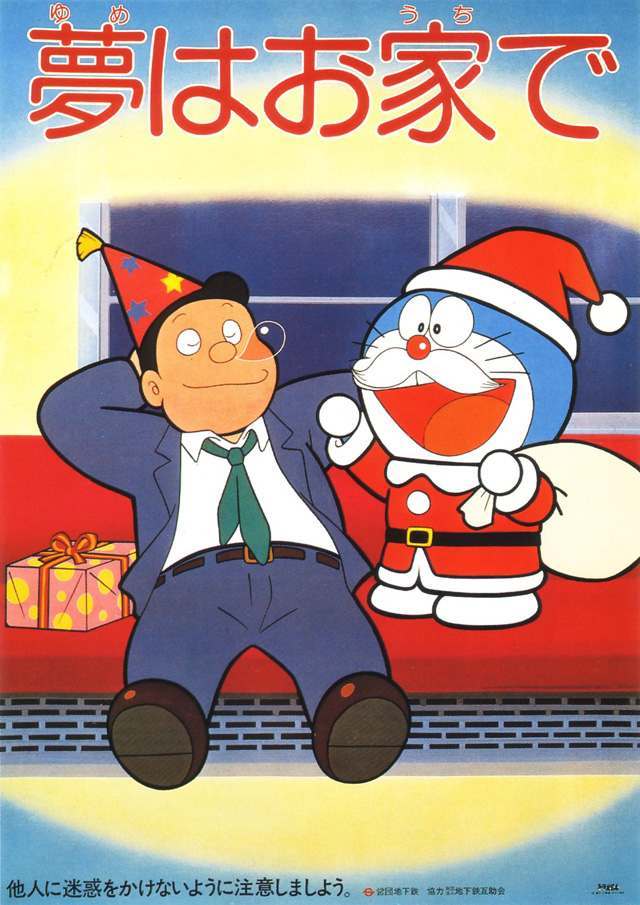 Dream at home (December 1981)
This poster, which features Doraemon dressed as Santa 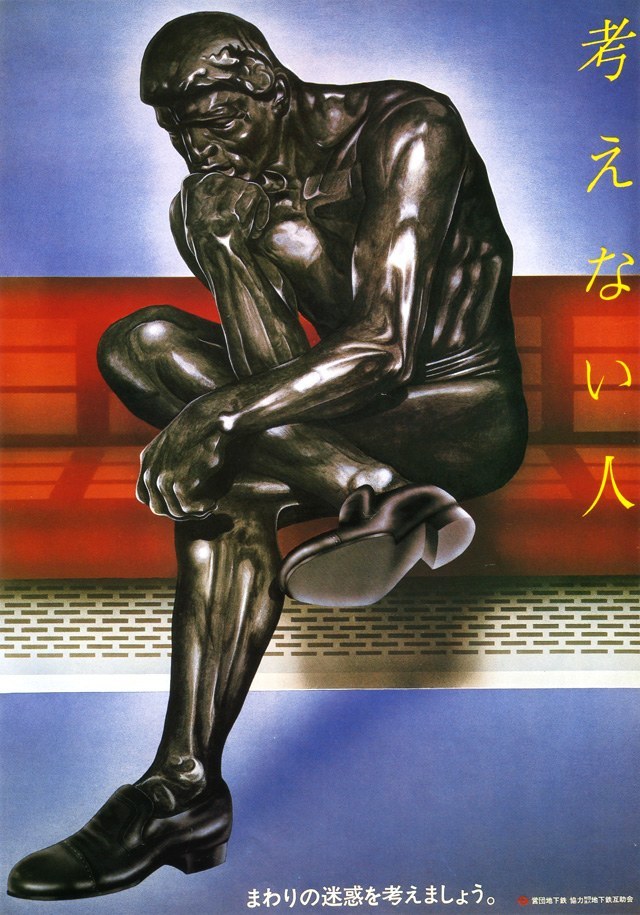 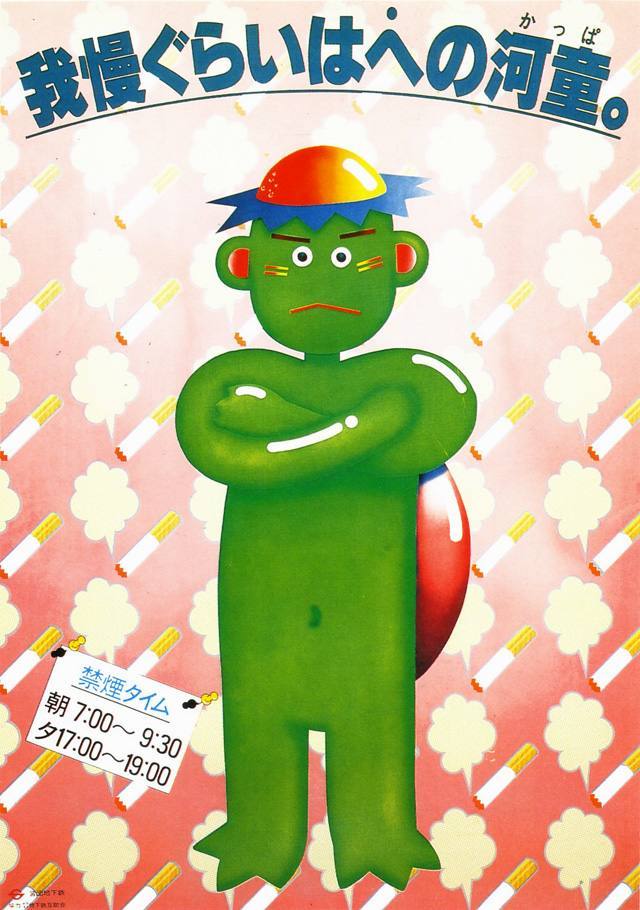 Kappa, (August 1979)
The image of a kappa (river imp) against a backdrop of lit cigarettes serves as a reminder not to smoke on the platform during the designated non-smoking hours (7:00-9:30 AM and 5:00-7:00 PM). The text at the top of the poster reads “Gaman gurai wa he no kappa,” which translates loosely as “waiting is no big deal.” 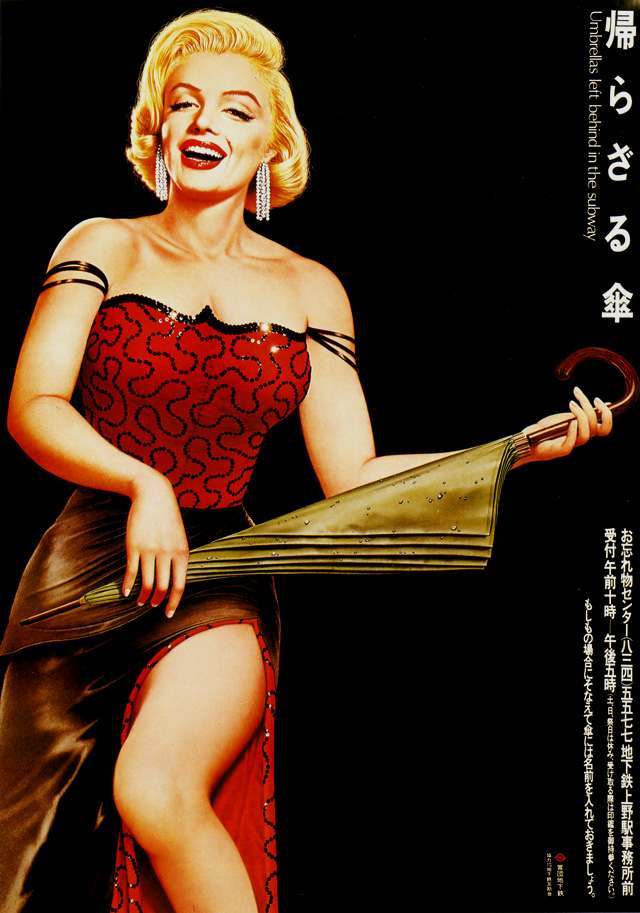 Umbrellas left behind in the subway (June 1976) 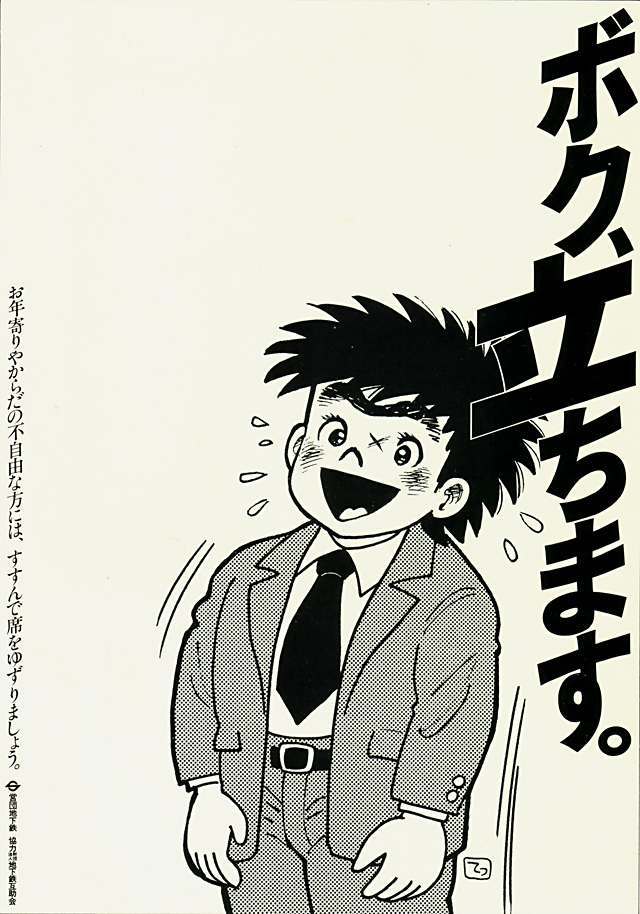 I’ll stand up (July 1979)
Uesugi Teppei, a character from the popular manga “Ore wa Teppei,” offers to give up his seat to the elderly and infirm. 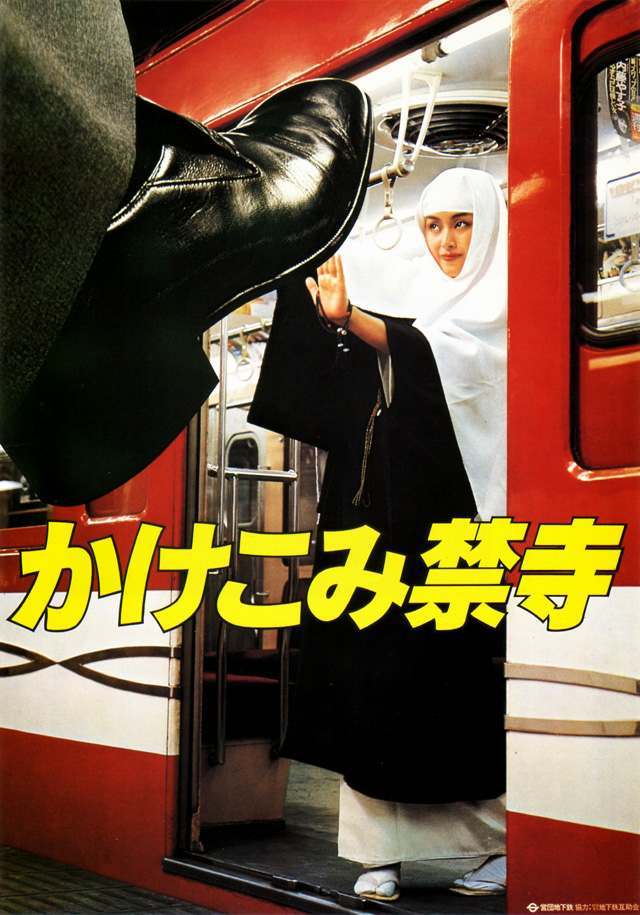 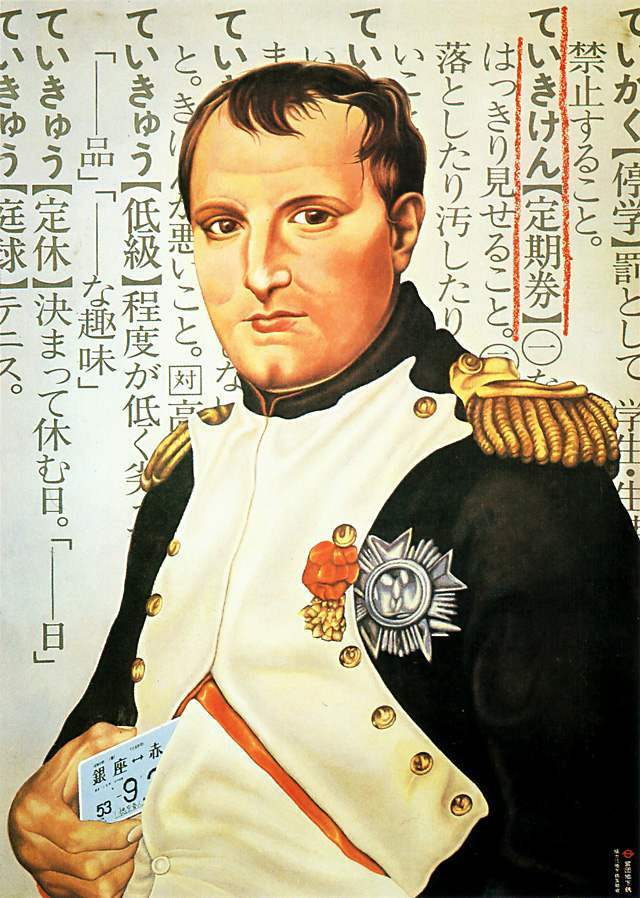 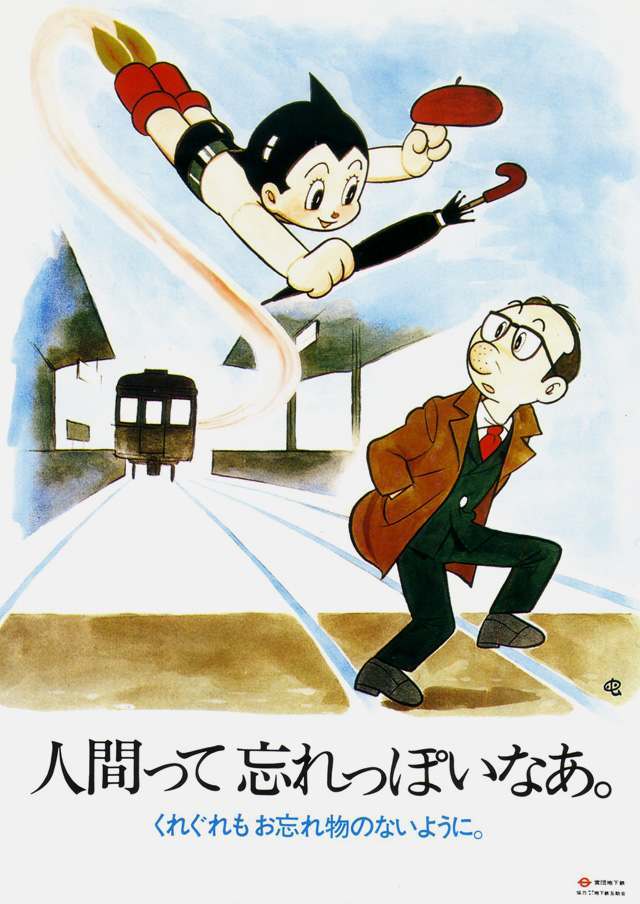 Humans are forgetful (February 1976). But Astro Boy is on it 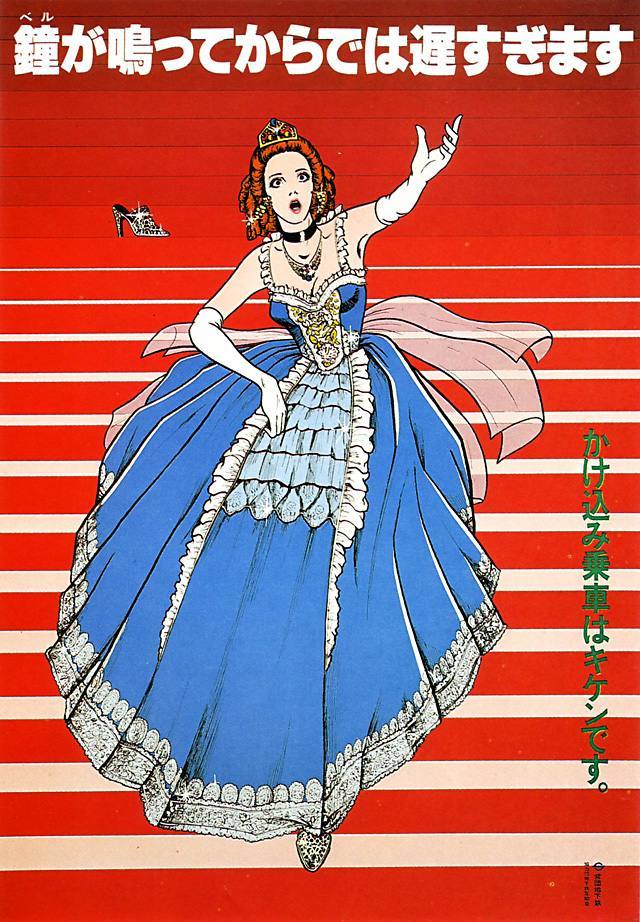 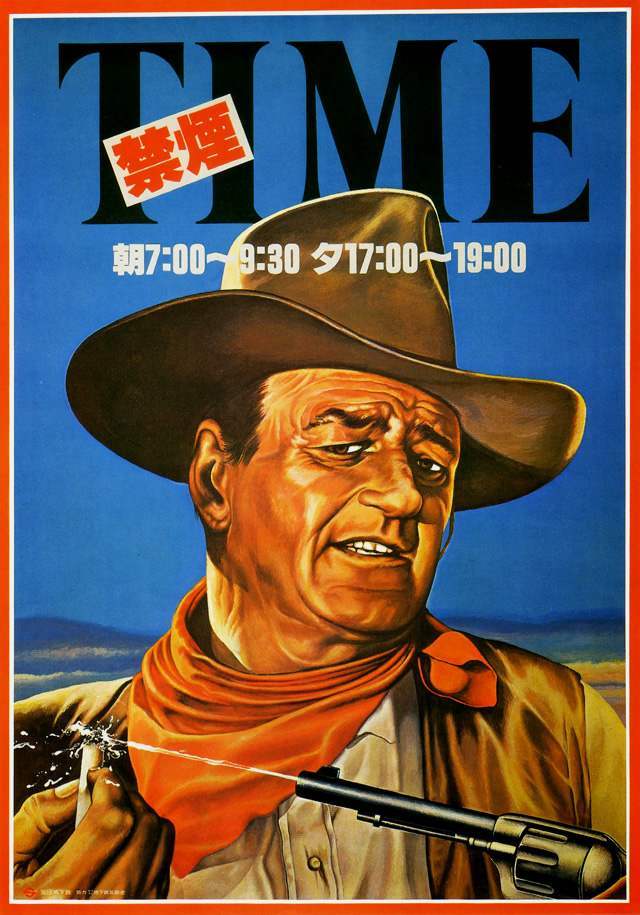 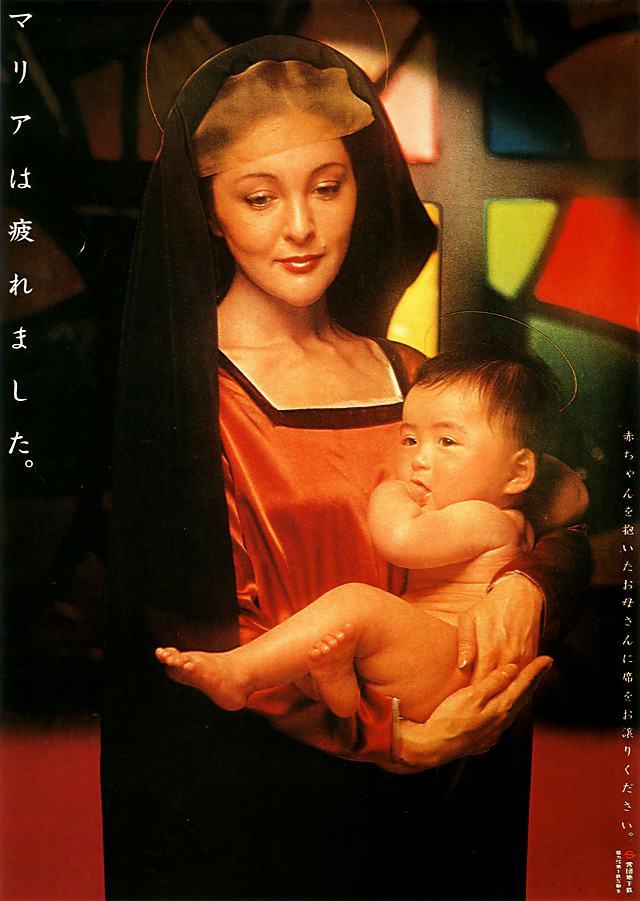 Mary is tired (December 1977). And she wants your seat 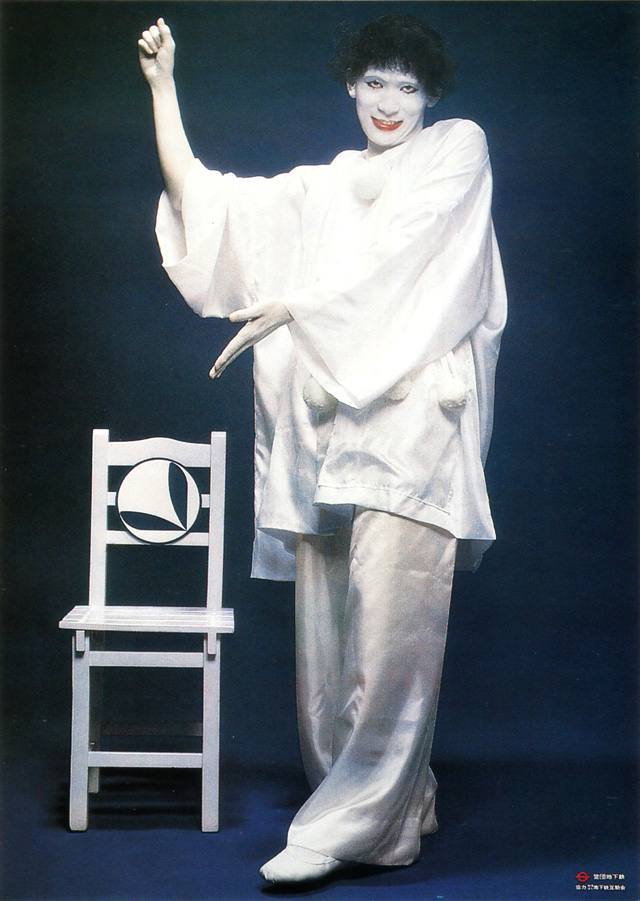 Marcel Marceau (October 1978). Don’t be a clown, give the needy a chair 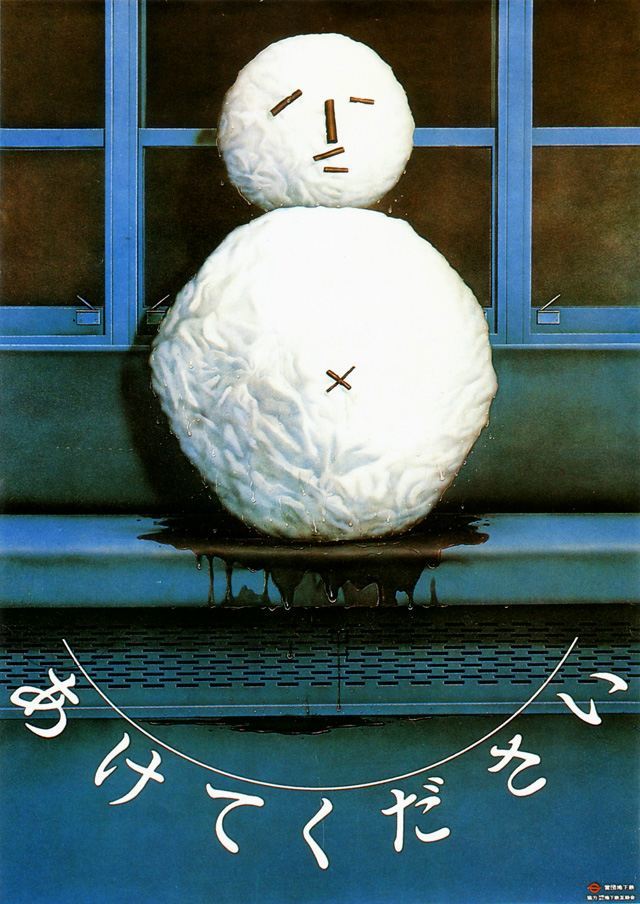 Please open it (July 1977)
This poster of a melting snowman aims to encourage passengers seated near a window to let cool air in when it is hot inside. 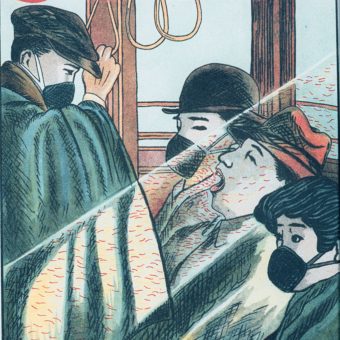 A Japanese Guide To Beating Killer Flu from 1918 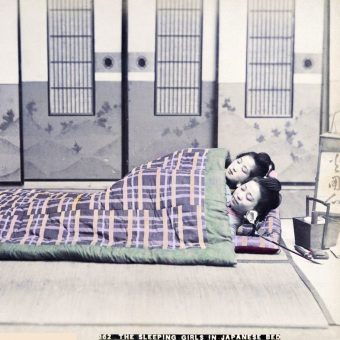