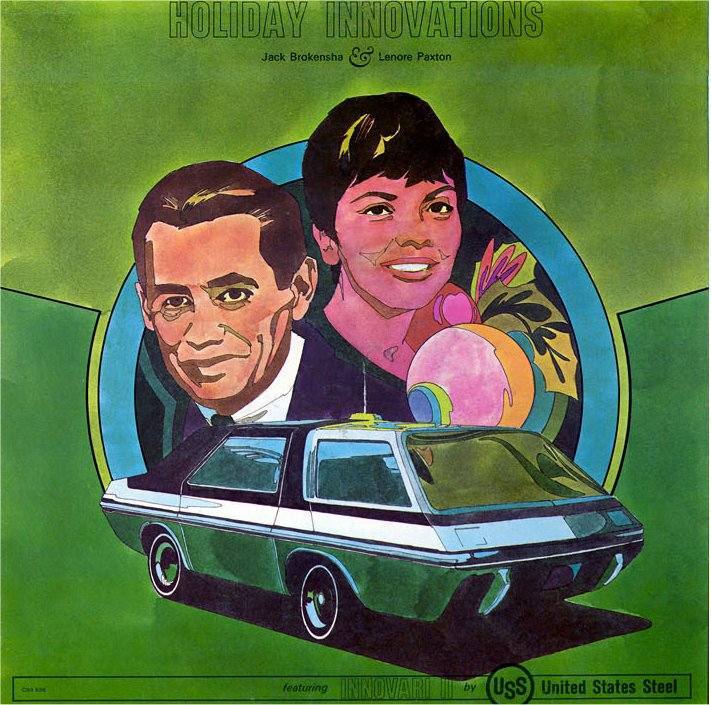 Nothing says Christmas like a horse drawn sleigh concept car sports wagon. This holiday album was promotional material for this 1969 space age gas guzzler produced by U.S. Steel. PCL Linkdump said it best: “it looks like a hearse that might take George Jetson to his final resting place”. 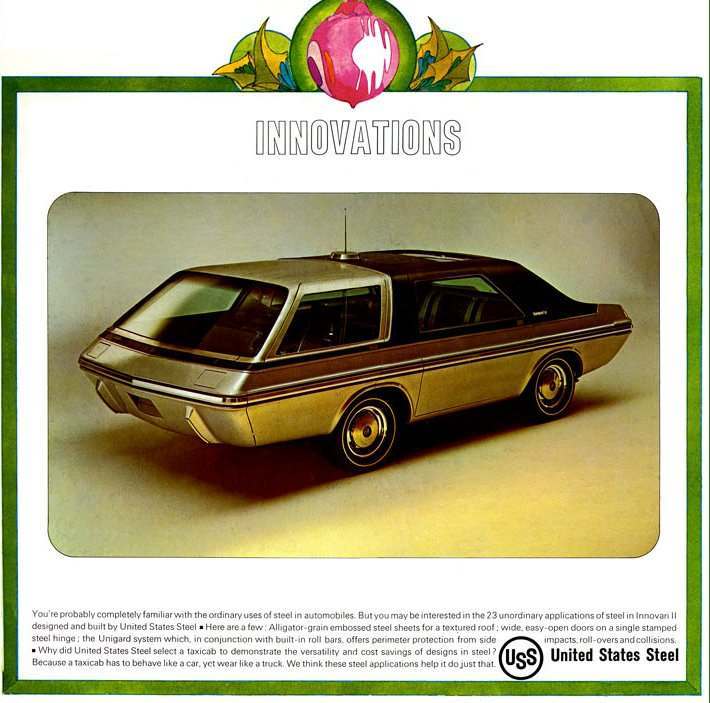 It was, of course, the tricky second album to the hit Innovari Steel Blue (1967). 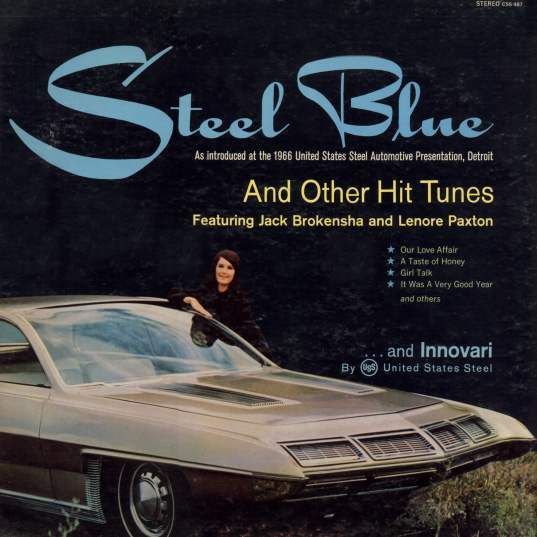 First we created some complex automotive designs. Then we solved each design problem with a practical use of steel. Result? The Innovari. Even though you won’t see this experimental sports station wagon on the road, every steel innovation that went into it has a practical application today.

Touch a button and the Innovari doors open on a single stamped steel hinge. The door and quarter inner panels are USS Embossed Carbon Steel that match the interior soft trim. U. S. Steel has 18 different patterns of Embossed Steel on the market. For beauty and durability, the roof panel, door panel insert, fender mouldings and exhaust stacks are USS Stainless Steel.

The tyres were not made of steel, but you just know they tried to make that happen. 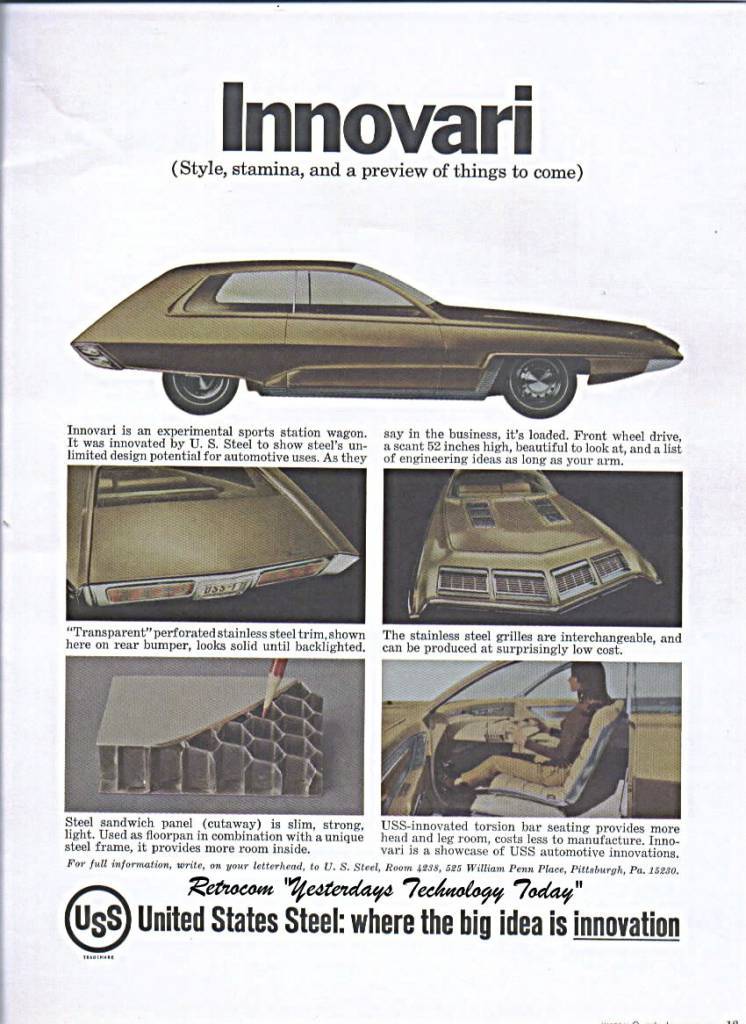 And so to Innovari 2. No need for a reverse gear with the car that looks like its going two ways at once. 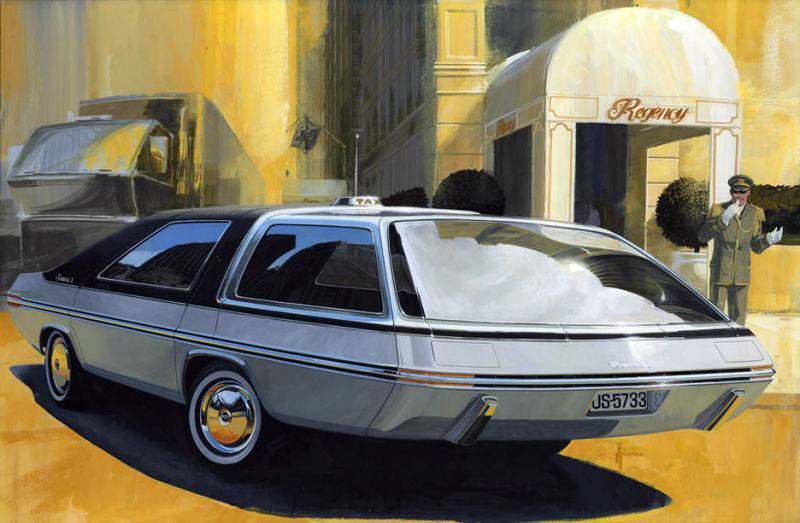 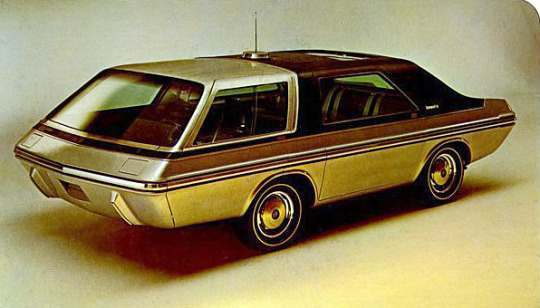 As for the album, side 1 is actually quite good – very jazzy and hep. Here’s one of the best versions of “We Three Kings” I’ve heard in a long time. Give it a chance- it takes a minute to get peppy, and it’s worth the wait. Just imagine yourself cruising in your own Innovari II listening to these snappy holiday vibes!

Music was by John Joseph Brokensha and Lenore Paxton. 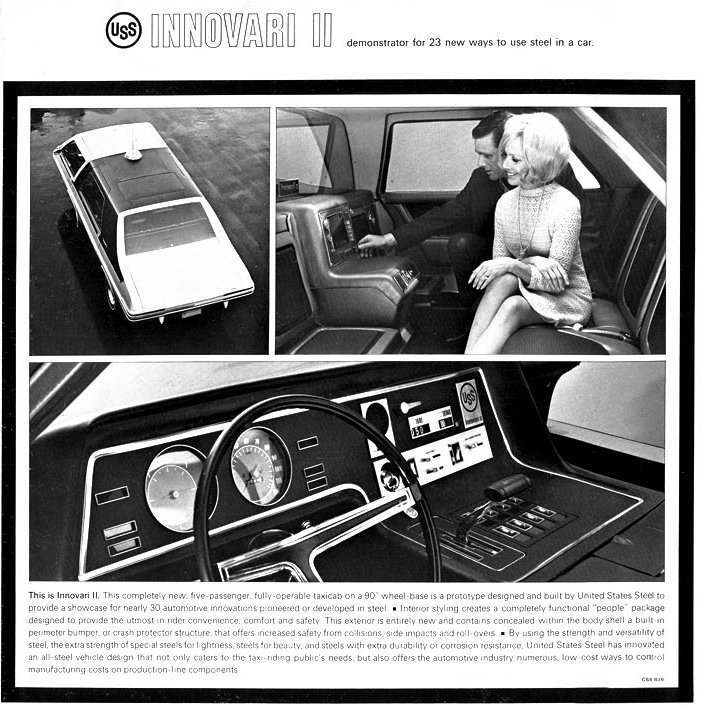 This was a car with its own theme tune and 23 new and exciting steel-based functions, like the steel sun-visor to “protect your head”,