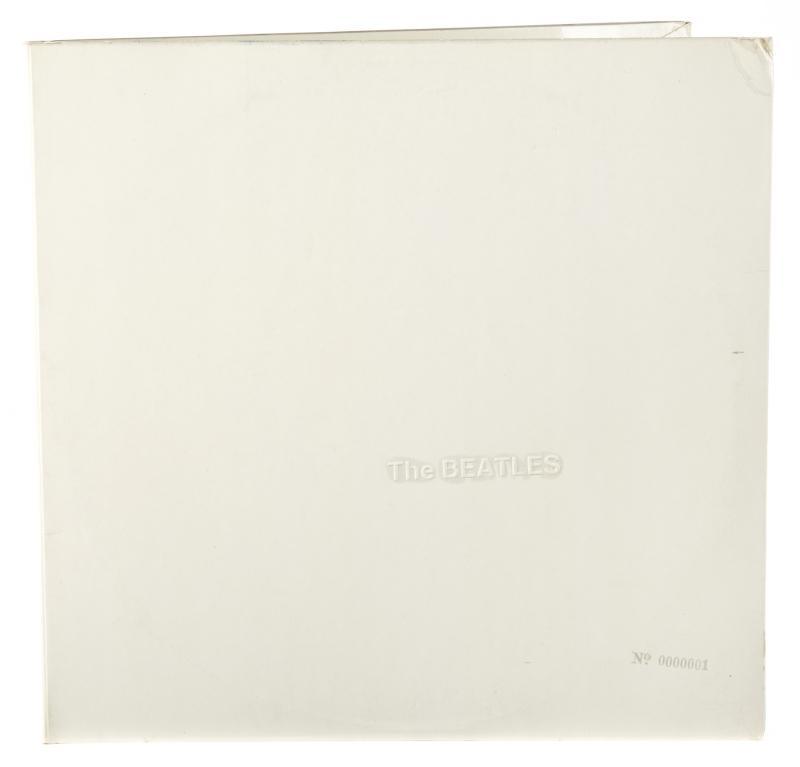 Ringo Starr and Barbara Bach are selling a load of their old knick-knacks. The highlights of the auction are, of course, Ringo’s Beatles ephemera, like the the very first numbered copy of The White Album.

But how did Ringo get it? Sir Paul McCartney says John Lennon has Number 1. Macca told Barry Miles in the book Many Years From Now (1998):

[LP cover designer] Richard [Hamilton] had the idea for the numbers. He said, ‘Can we do it?’ So I had to go and try and sell this to EMI. They said, ‘Can’t do it.’ I said, ‘Look, records must go through something to put the shrink wrap on or to staple them. Couldn’t you just have a little thing at the end of that process that hits the paper and prints a number on it? Then everyone would have a numbered copy.’

I think EMI only did this on a few thousand, then just immediately gave up. They have very very strict instructions that every single album that came out, even to this day, should still be numbered. That’s the whole idea: ‘I’ve got number 1,000,000!’ What a great number to have! We got the first four. I don’t know where mine is, of course. Everything got lost. It’s all coming up in Sotheby’s I imagine. John got 00001 because he shouted loudest. He said, ‘Baggsy number one!’ He knew the game, you’ve gotta baggsy it. 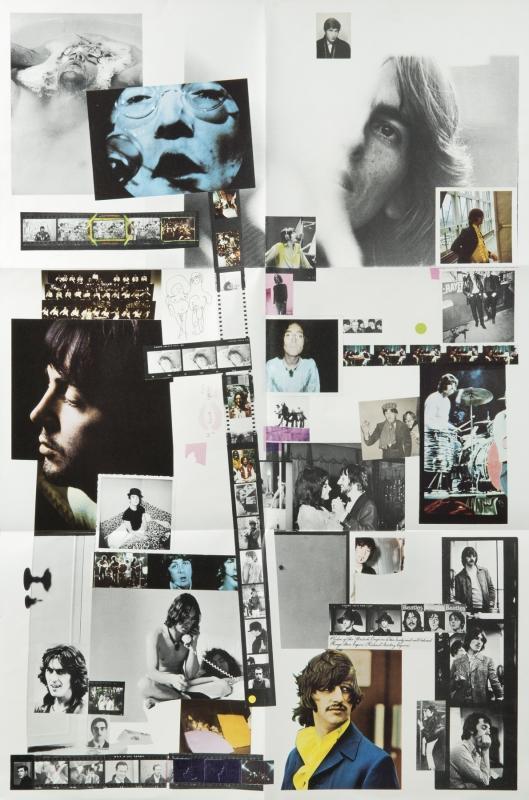 If you can’t afford the album, you could get one of these lots: 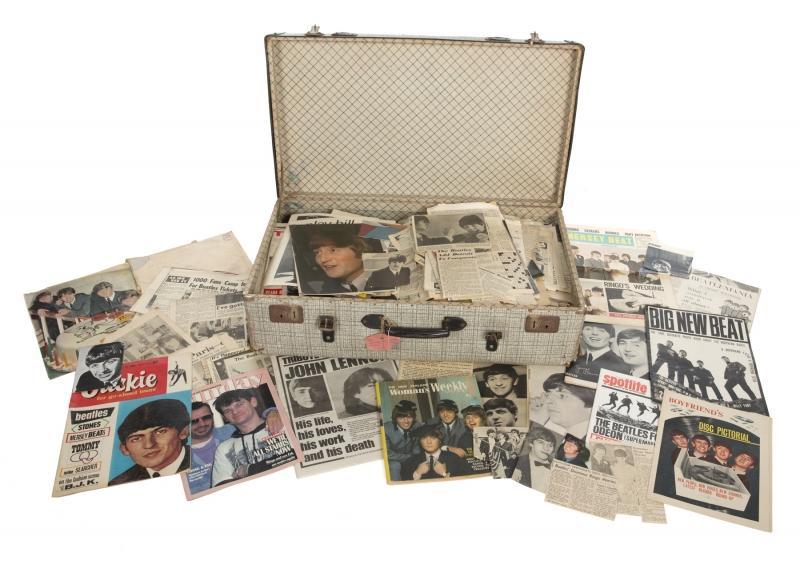 A large trunk filled with a quantity of vintage newspapers, magazines and clippings from a wide variety of news outlets including envelopes labeled, “Cuttings from paper’s Paris” and “Palladium Cuttings Oct 13th 1963.” The trunk also contains two “Reveille Special” color posters of the Beatles posing on a beach. The press archive was compiled and gathered in this trunk by Starr’s mother Elsie Starkey as she witnessed the global spread of Beatlemania. 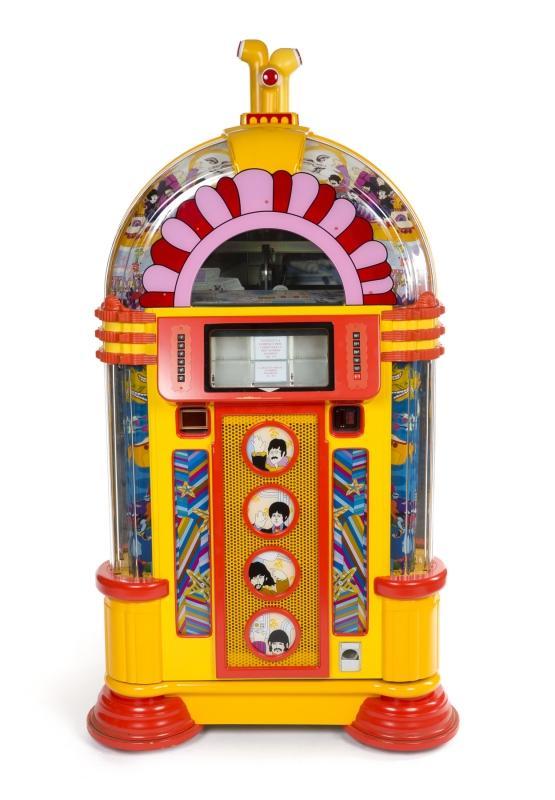 A rare limited edition Apple authorized Rock-Ola jukebox with a 100 CD capacity. Serial number YSM1002. There were only 100 of these issued. 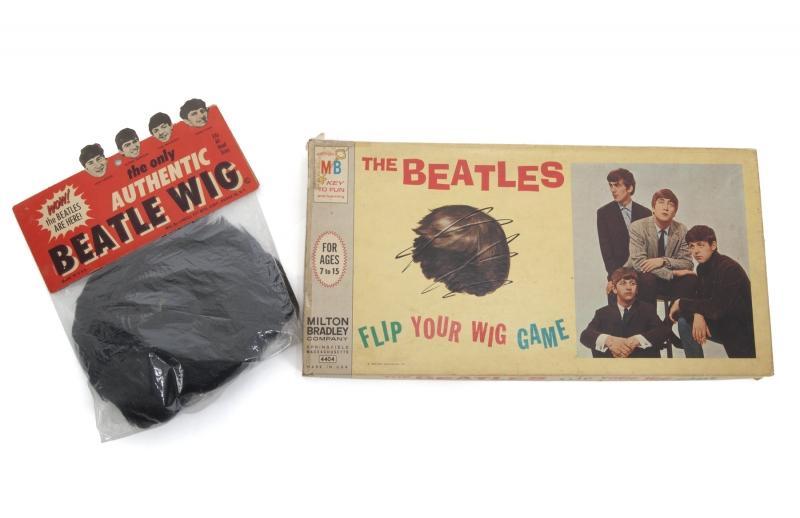 A 1964 Milton Bradley Beatles “Flip Your Wig” board game. Together with an “authentic” Beatle wig in original packaging, by Lowell Toy Mfg. Corp. 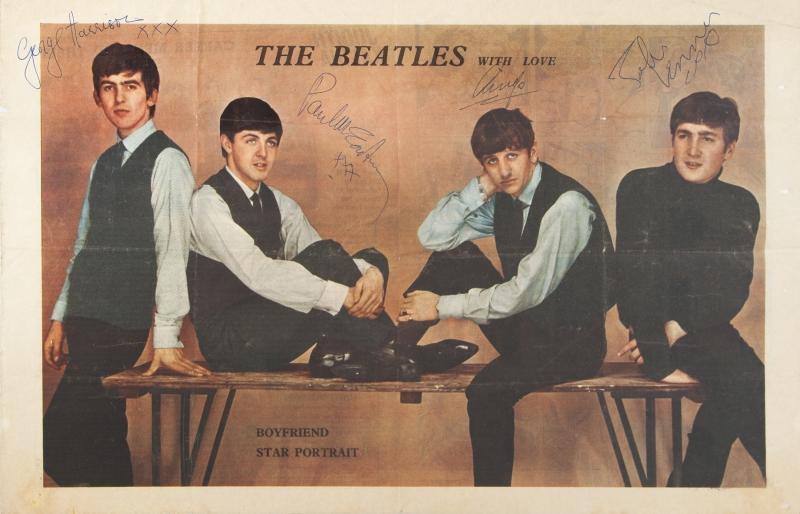 A color centerfold image of the Beatles from the June 15, 1963 issue of Boyfriend magazine. The “Boyfriend Star Portrait” is signed in blue ink by George Harrison, Paul McCartney and John Lennon and it is signed in black ink by Ringo Starr. The magazine poster was discovered in a trunk full of press clippings and ephemera gathered by Starr’s mother. 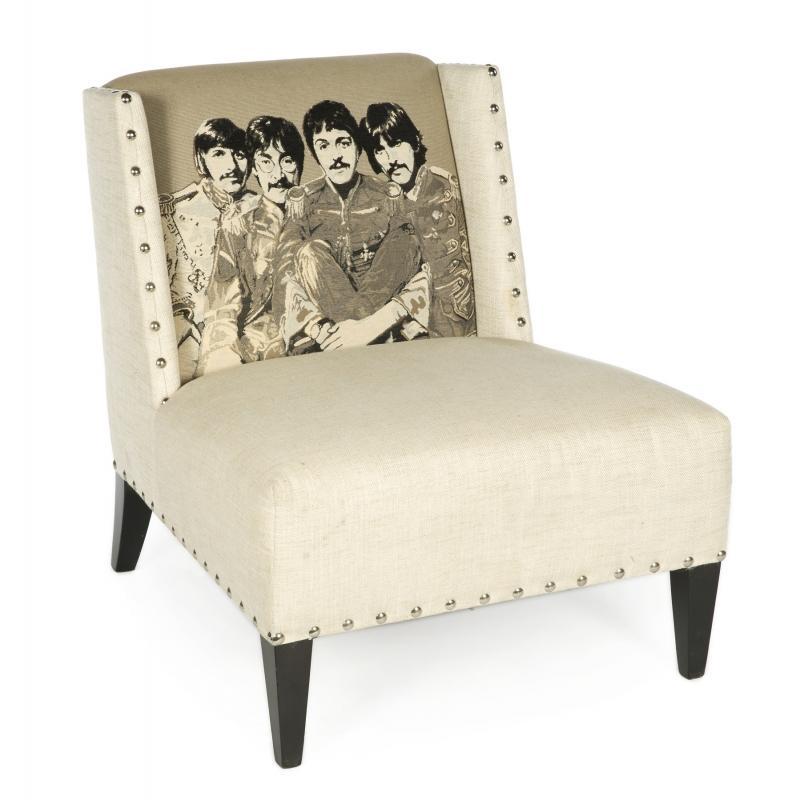 A modern upholstered chair with a tapestry depiction of the Beatles from the album cover artowrk of Sgt . Pepper’s Lonely Hearts Club Band . 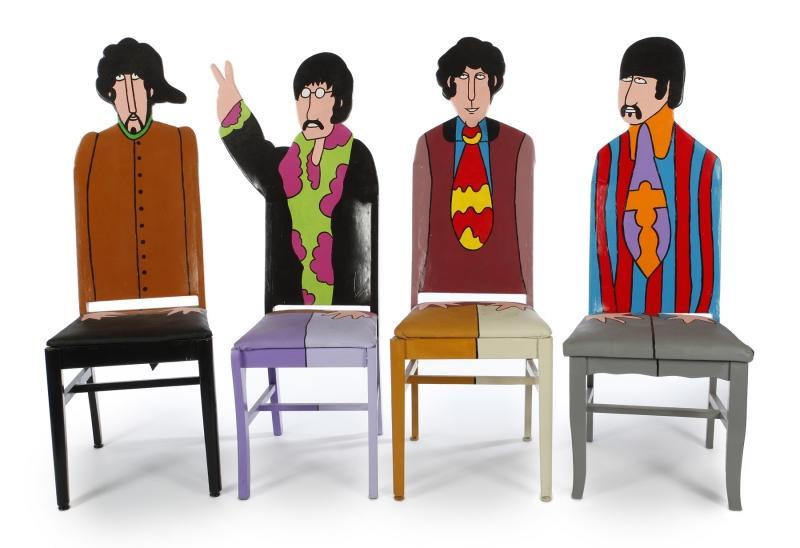 A set of four graduated handmade figural chairs made by Todd Fendos depicting John, Paul, Ringo and George from Yellow Submarine . Each signed “Fendos” on the right side rail. A gift to Ringo Starr from his brother-in-law, musician Joe Walsh.
“This is a set of very attractive chairs that Joe Walsh in his goodness thought I should have. Peace and love. thank you Joe.” – Ringo 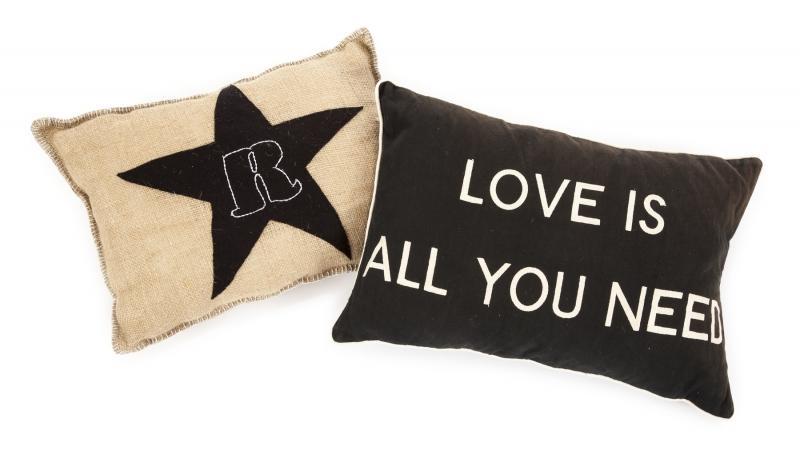 The first has “R” with a star, the second “Love is all you need.” 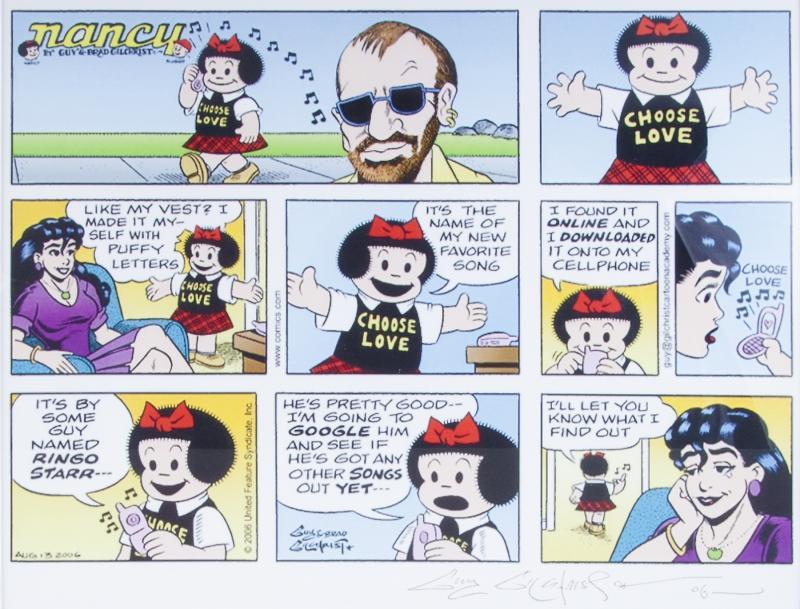 A framed display of Guy Gilchrist artwork from a 2006 Nancy comic strip regarding Starr’s song “Choose Love.” The display includes a signed color digital print out of the finished comic and a signed and inscribed inked version of the strip. Inscribed by Gilchrist to Starr “To Ringo – Your talent humor & conscience has touched so many generations – Thank you – God bless you – And…See you in the funny papers! Guy Gilchrist & Nancy 2006.” 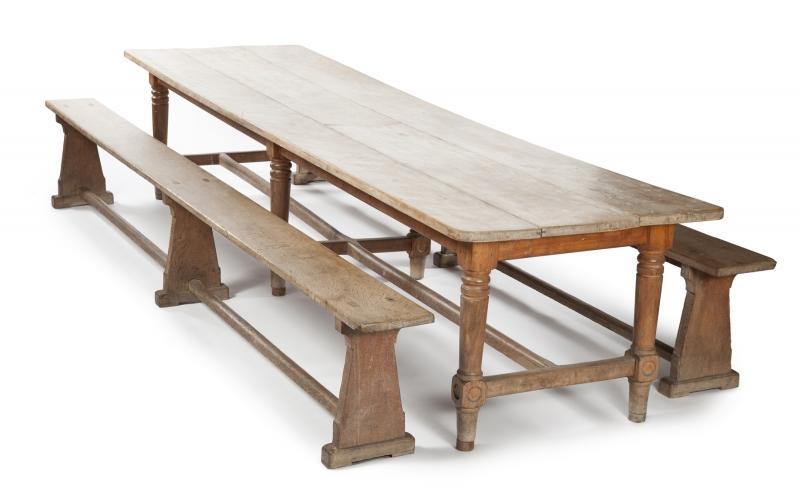 Antique and later table made of limed oak. Together with two benches. “This refectory table was left at Tittenhurst by John and Yoko when I took over the house. Enjoy!” – Ringo

Proceeds from the auction will fund Ringo and Barbara’s Lotus Foundation charity.