IN the 1950s, the powers that be created a comic book to tell kids what hideous fates could befall them if they took risks and failed to spot danger signs. The safety manual  as called It’s Great to Be Alive! – aka Never Ride A Bike.

In this scene the motorist has run over the armed juvenile delinquent on a shooting spree. 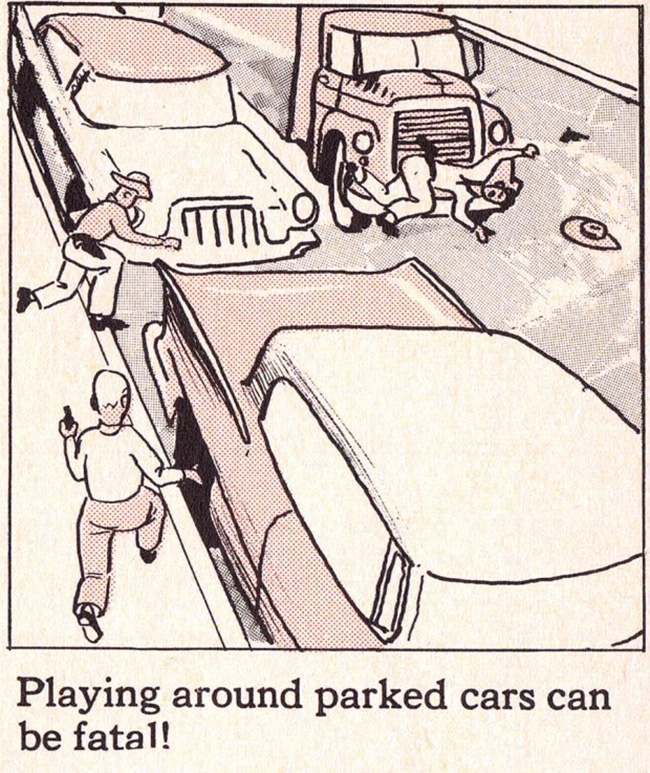 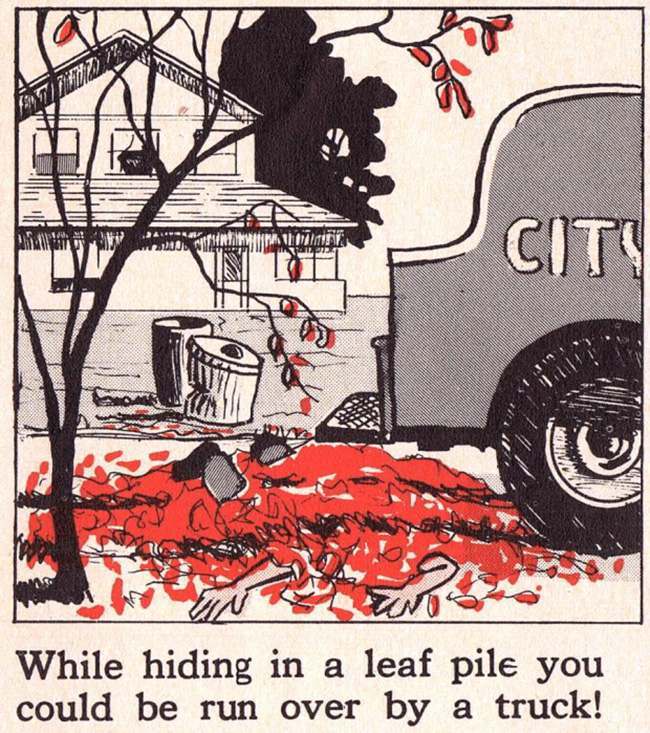 The new iKite makes this problem go away. 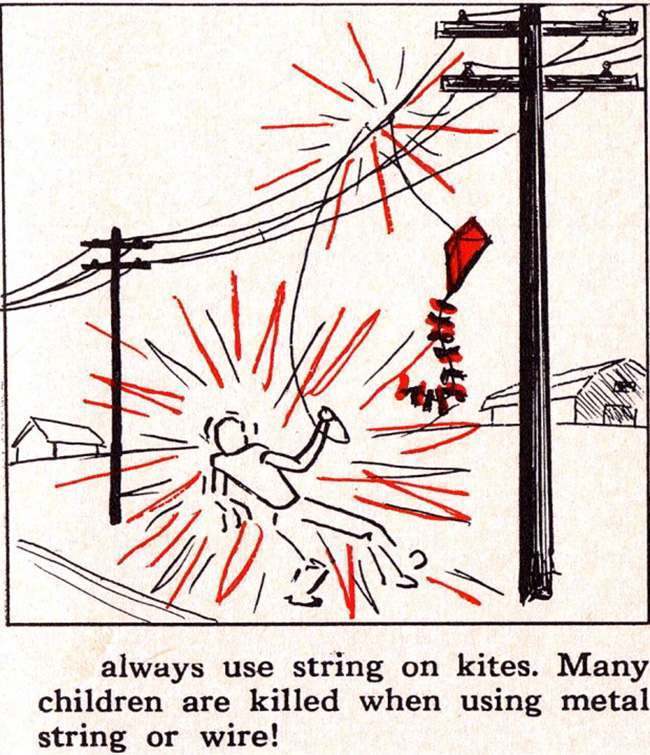 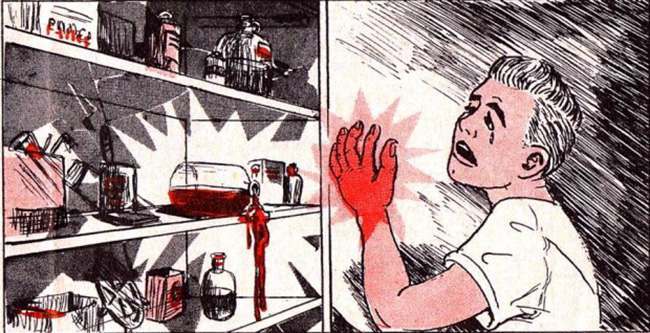 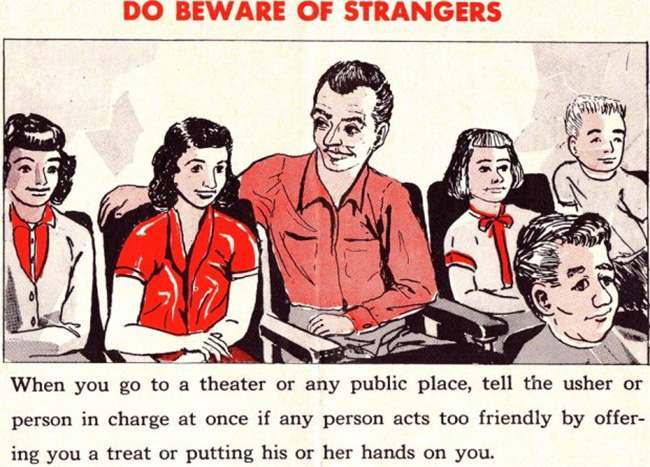 What happened to Bob? 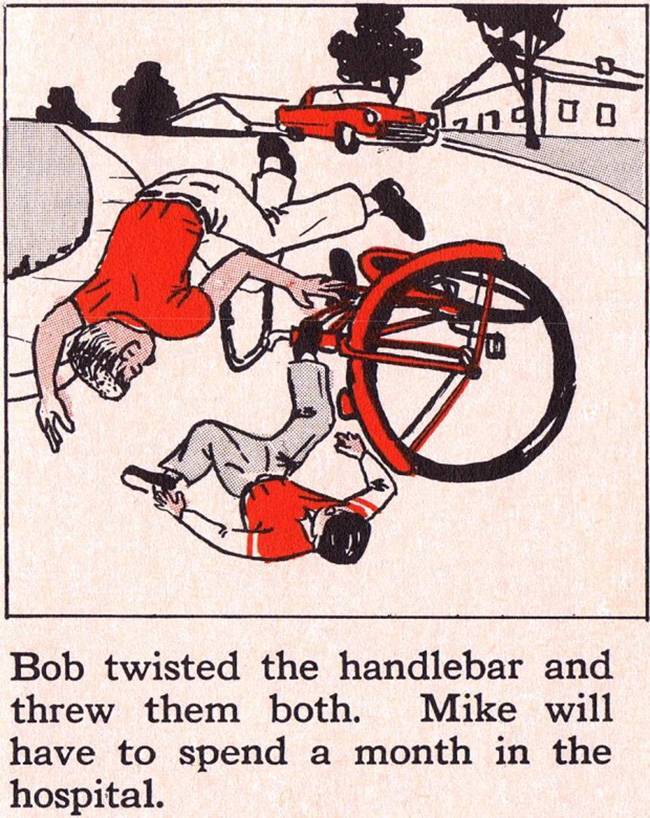 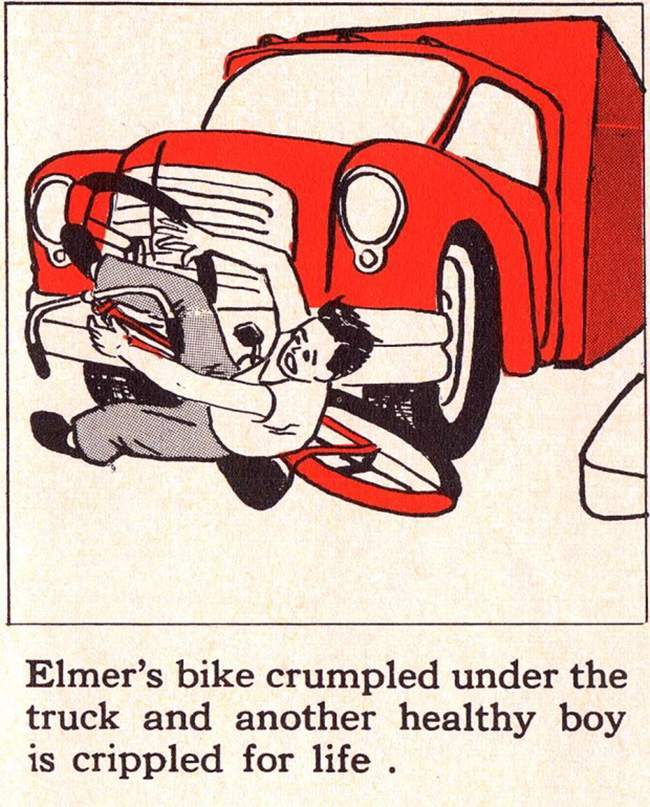 This is how the dinosaurs died out. 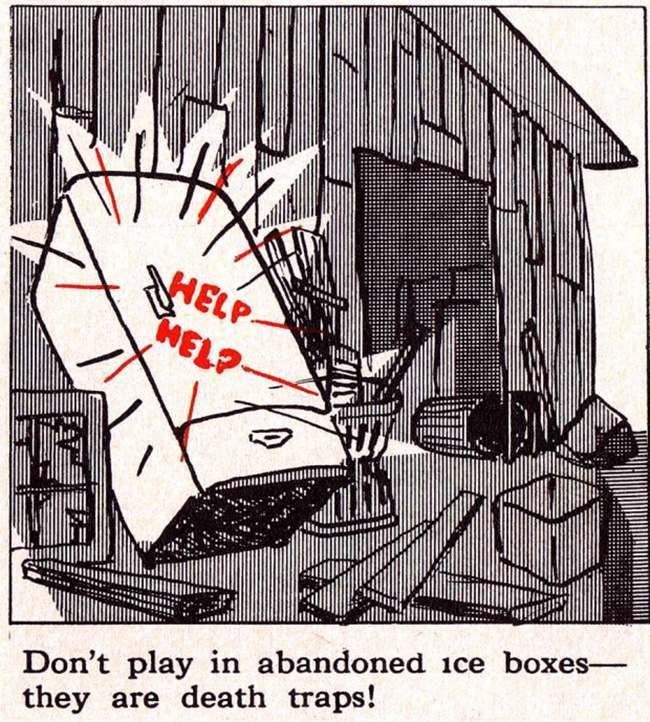 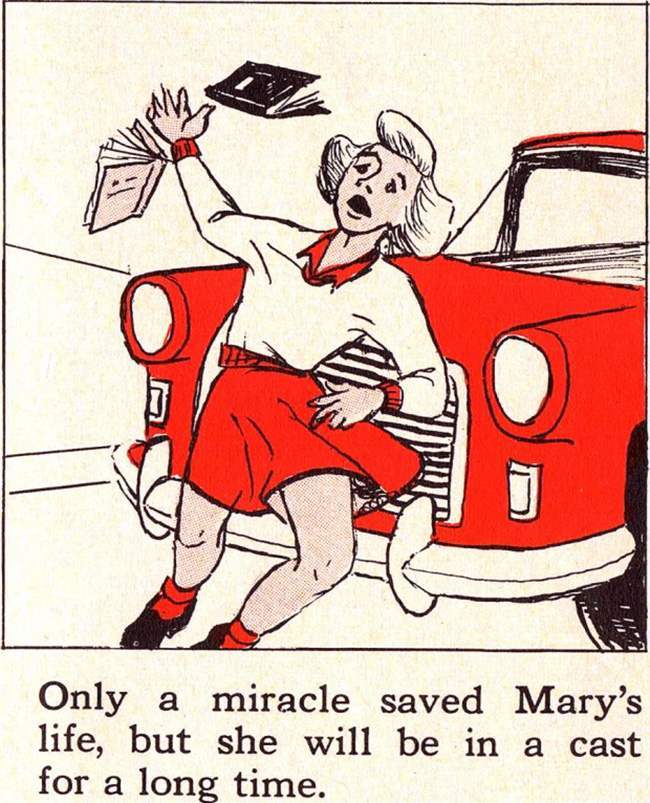 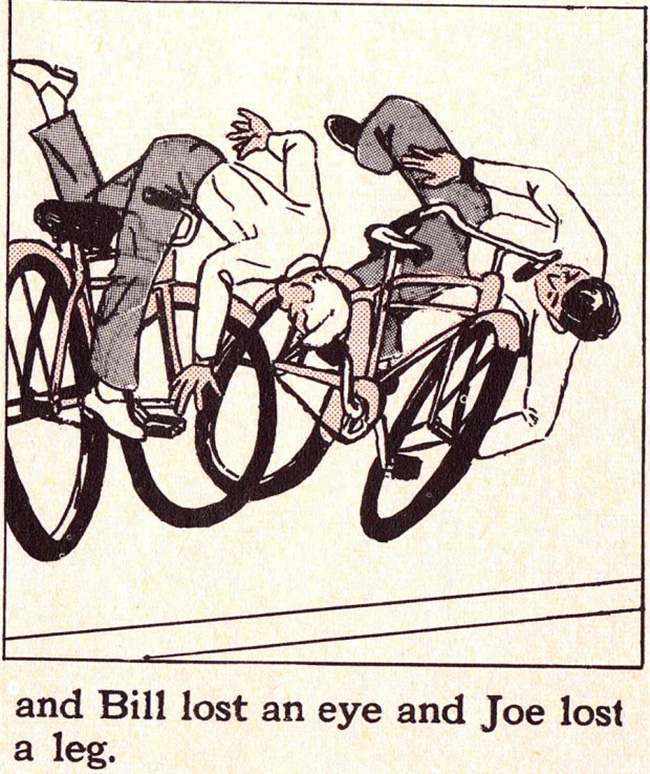 If Bill and Joe lost an eye and a leg in their crash, why isn’t this kid more badly injured? 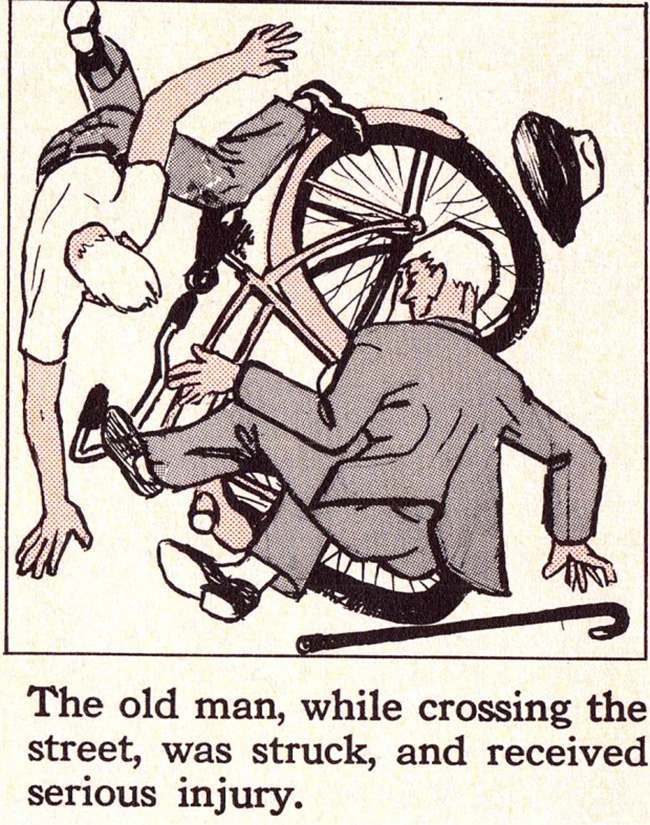 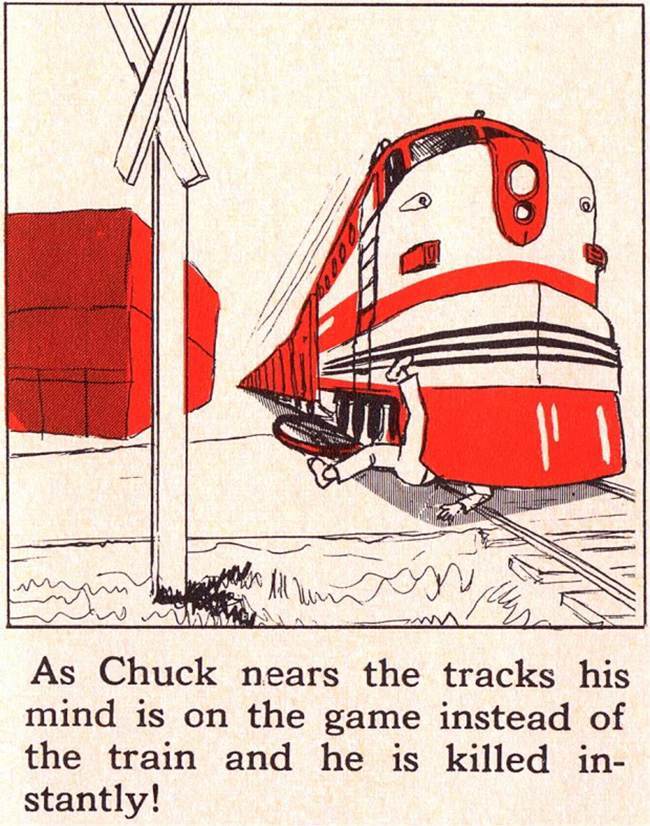 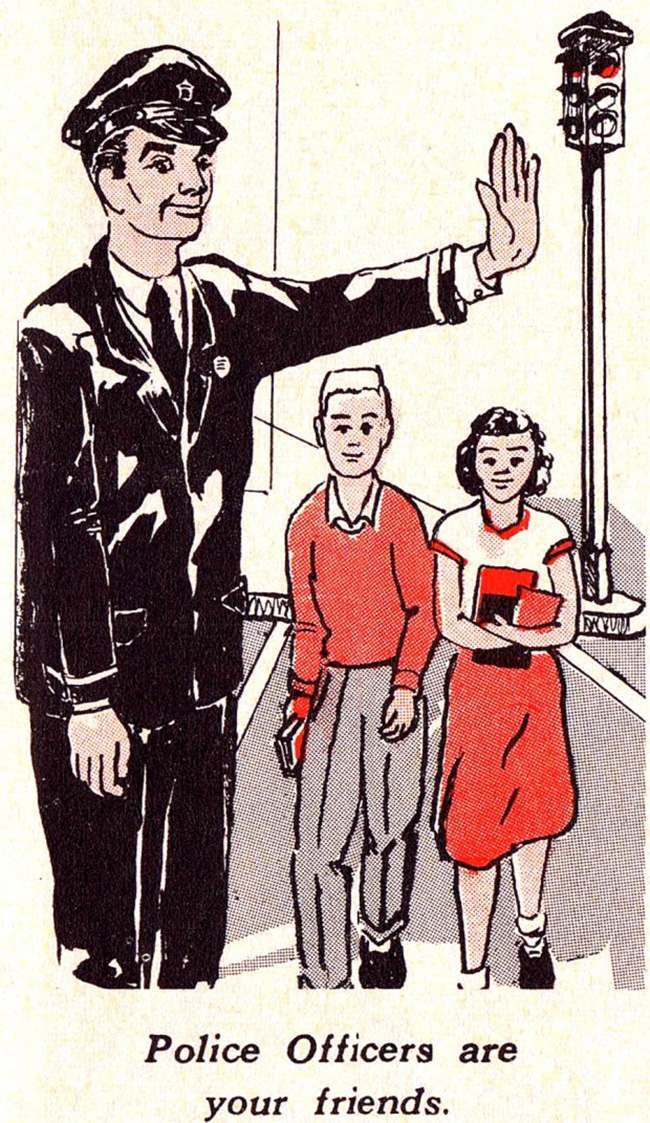 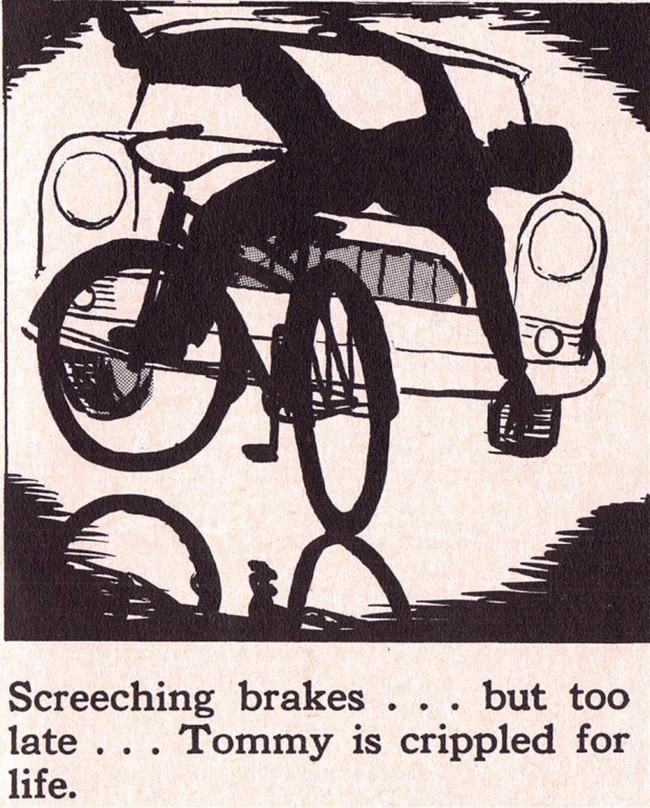 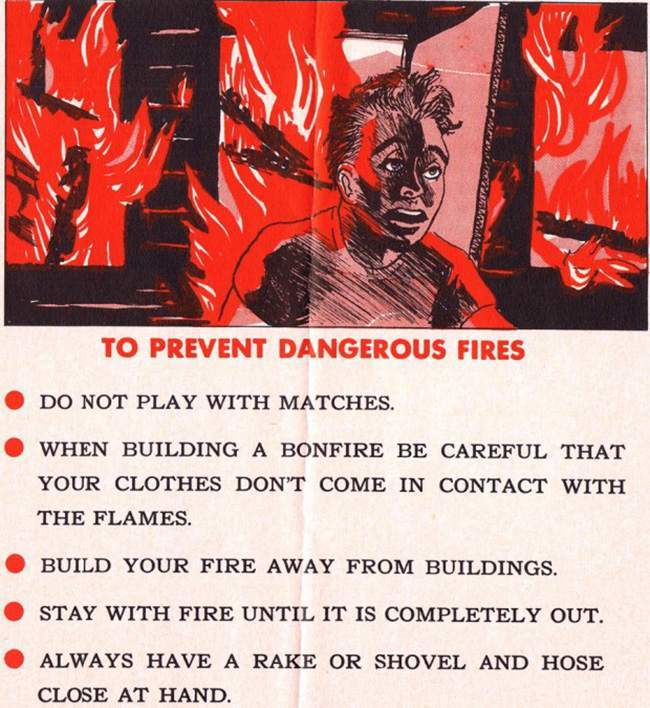 And then she caught MRSA at the hospital and that nice man off the telly say on her bed. 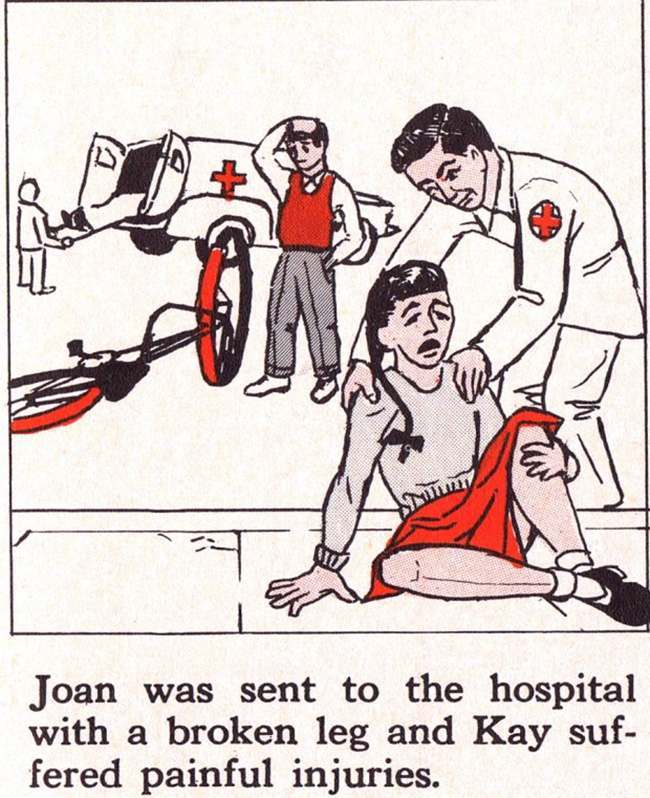