Thriller writer Dennis Wheatley in 1974. He had recently called for stricter security at cemeteries and the revival of ancient anti-witchcraft laws abolished in the 1920s.

Dennis Wheatley isn’t much read these days but at the time of his death in November 1977 he had sold over 40 million books and was known to many as the “Prince of Thriller Writers”. His extraordinary success began with his very first published book The Forbidden Territory written in 1933 and which was reprinted seven times in as many weeks.

Wheatley was pretty well a quasi-fascist during most of the 1930s (Hermann Goering was a fan of his books and once invited him to Germany to meet the Nazi leaders) but somehow, and with the recommendation of his wife who was an MI5 driver, he ended up working in the offices of the War Cabinet. According to his obituary in the Times Wheatley was responsible for all the signposts in Britain to be removed in case of invasion, although another suggestion of his that all the houses in London’s outer suburbs were booby-trapped for any invading German soldiers, was unsurprisingly never taken up.

Wheatley, however, did help plan the infamous operations that became known as “The Man Who Never Was” and “Monty’s Double”. Despite this it seems his war efforts were non too strenuous and Craig Cabell, writer of ‘Dennis Wheatley: Churchill’s storyteller’, described a typical wartime day as lunch at Rules, which would usually started with two or three Pimms at the bar, then wine with jugged hare or game with Welsh Rarebit to follow with the meal ending with Port or Kummel. An office “siesta” would usually follow with instructions that he should be woken by a single ring on the telephone, but only if urgent.

Wheatley, when asked once what the answer was to his success, replied: “People who live in miserable rows of grim little houses don’t want to read about other people in miserable rows of grim little houses.” His unlikely friend, the novelist Anthony Powell, although not ashamed to ask for occasional plot advice from him, once said of Wheatley that he was one of those “relatively intelligent men who write more or less conscious drivel.” Wheatley wrote over 60 books worth of ‘drivel’ during his writing life and when he died every single one was still in print. 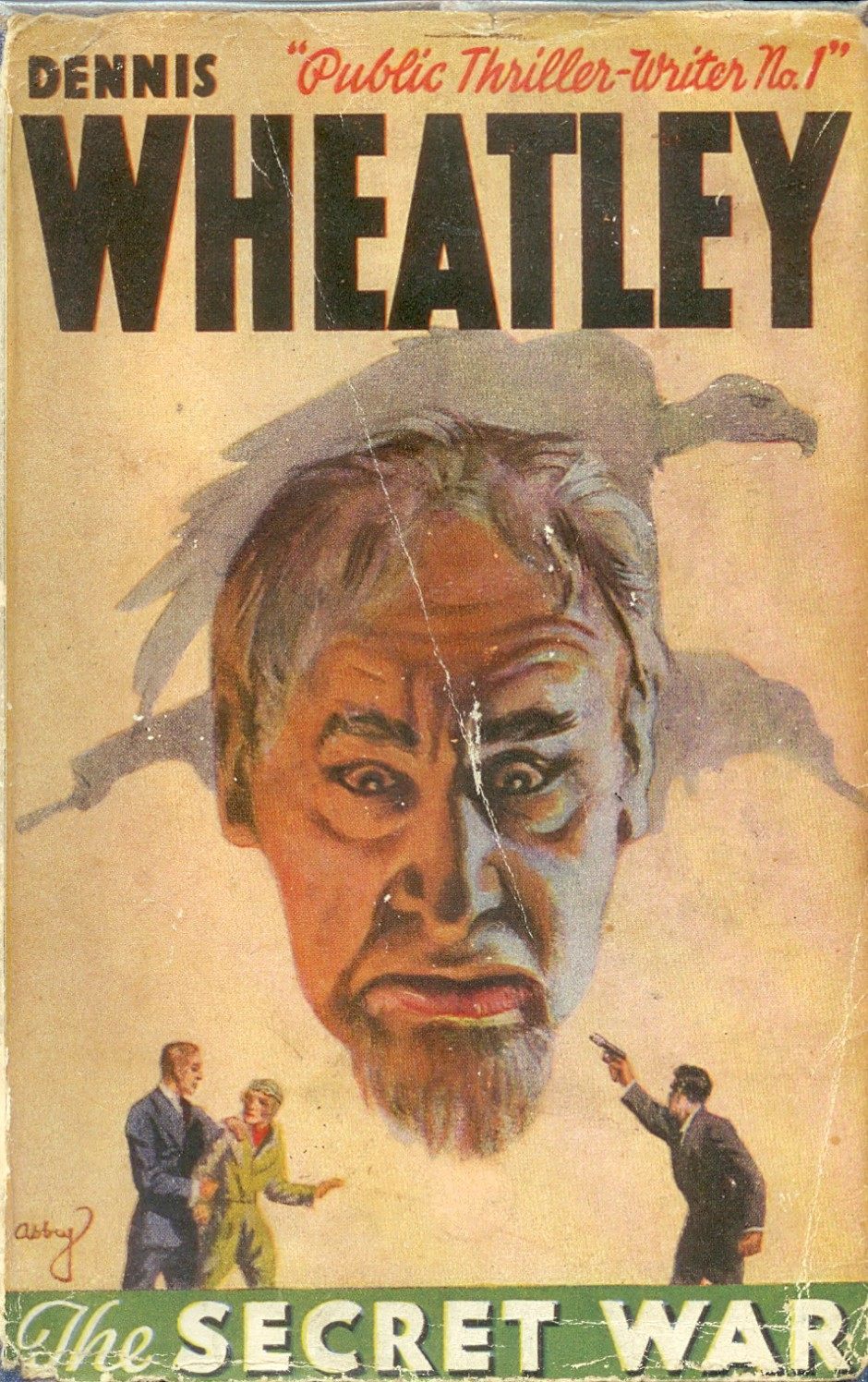 The Secret War published in 1937 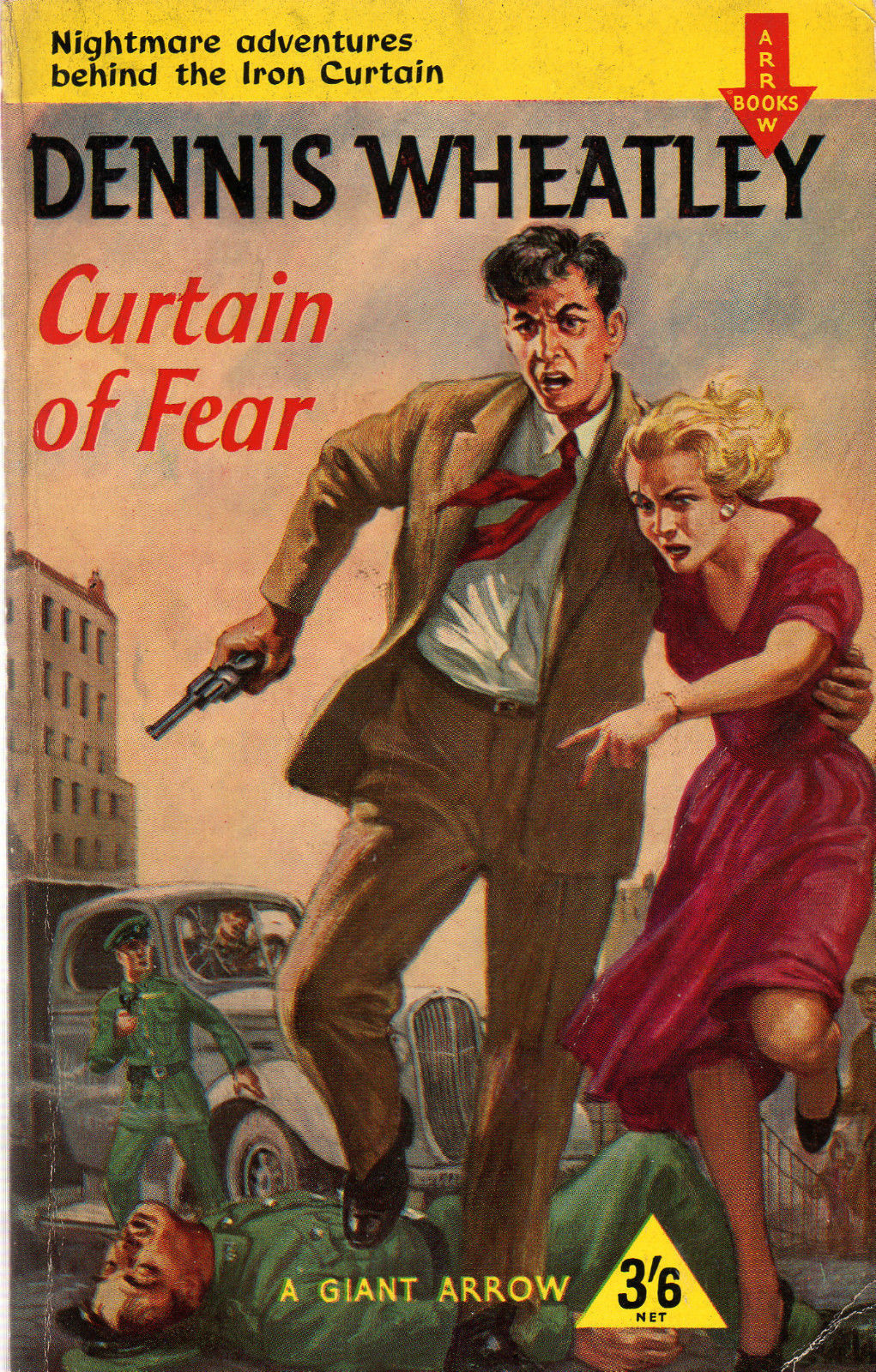 Curtain of Fear published in 1953. 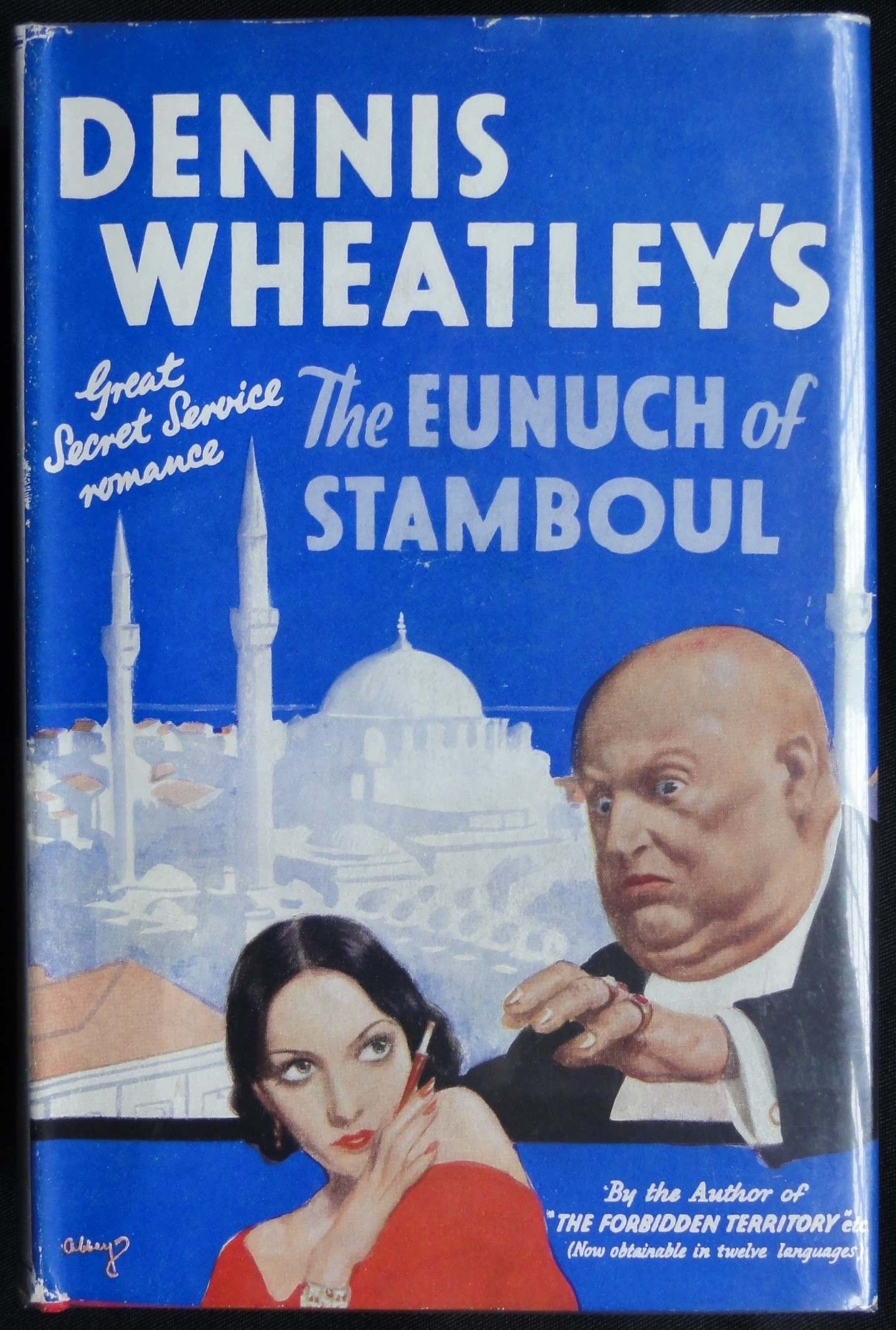 The Eunuch of Stamboul published in 1953. 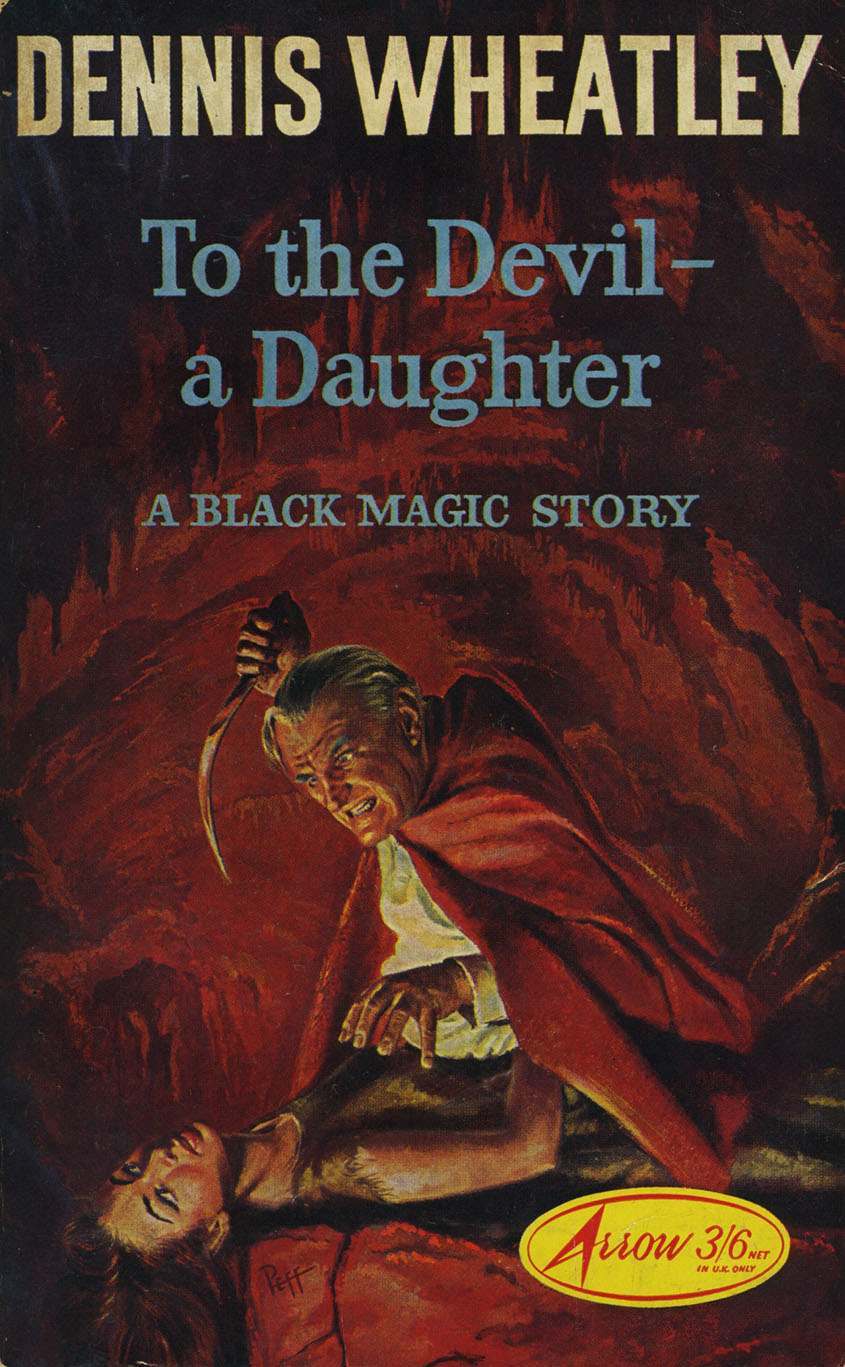 To the Devil a Daughter published in 1953. 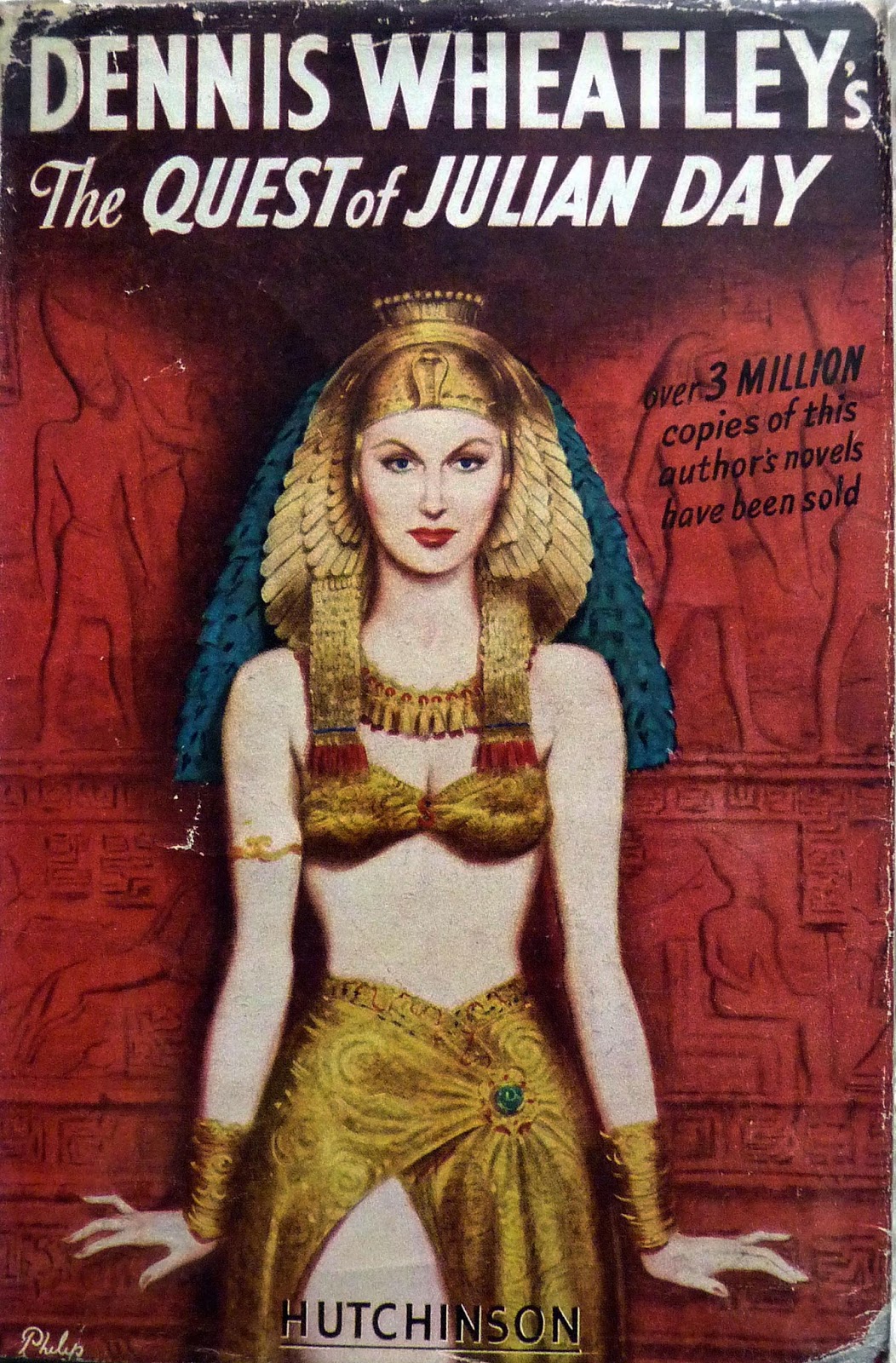 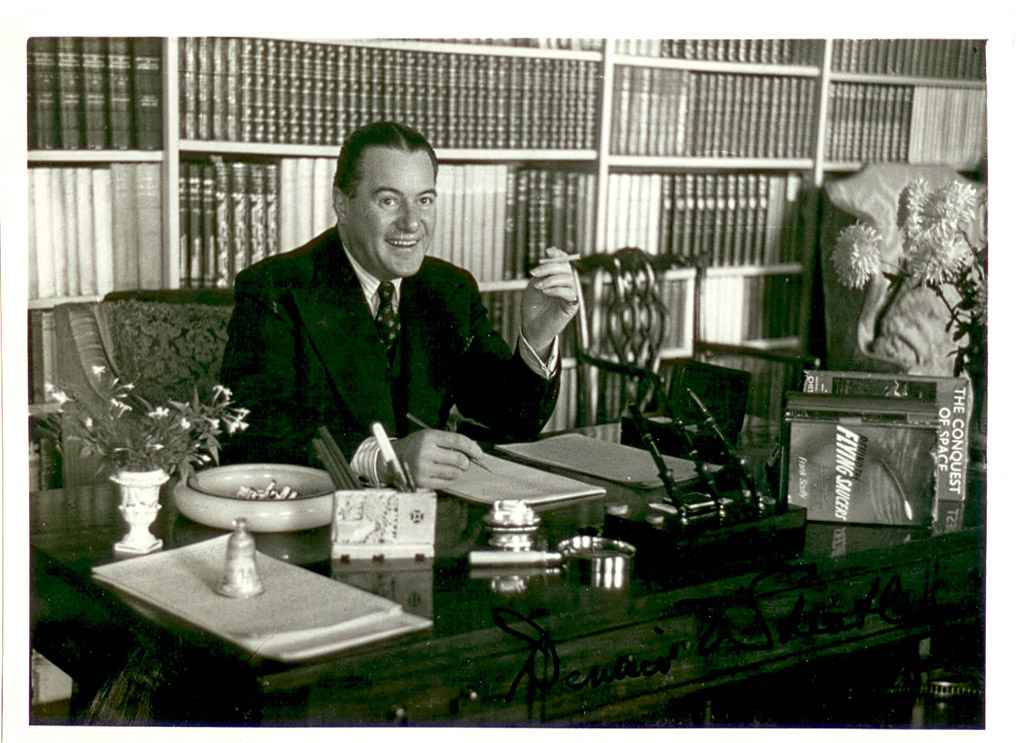 The Scarlet Impostor published in 1940. 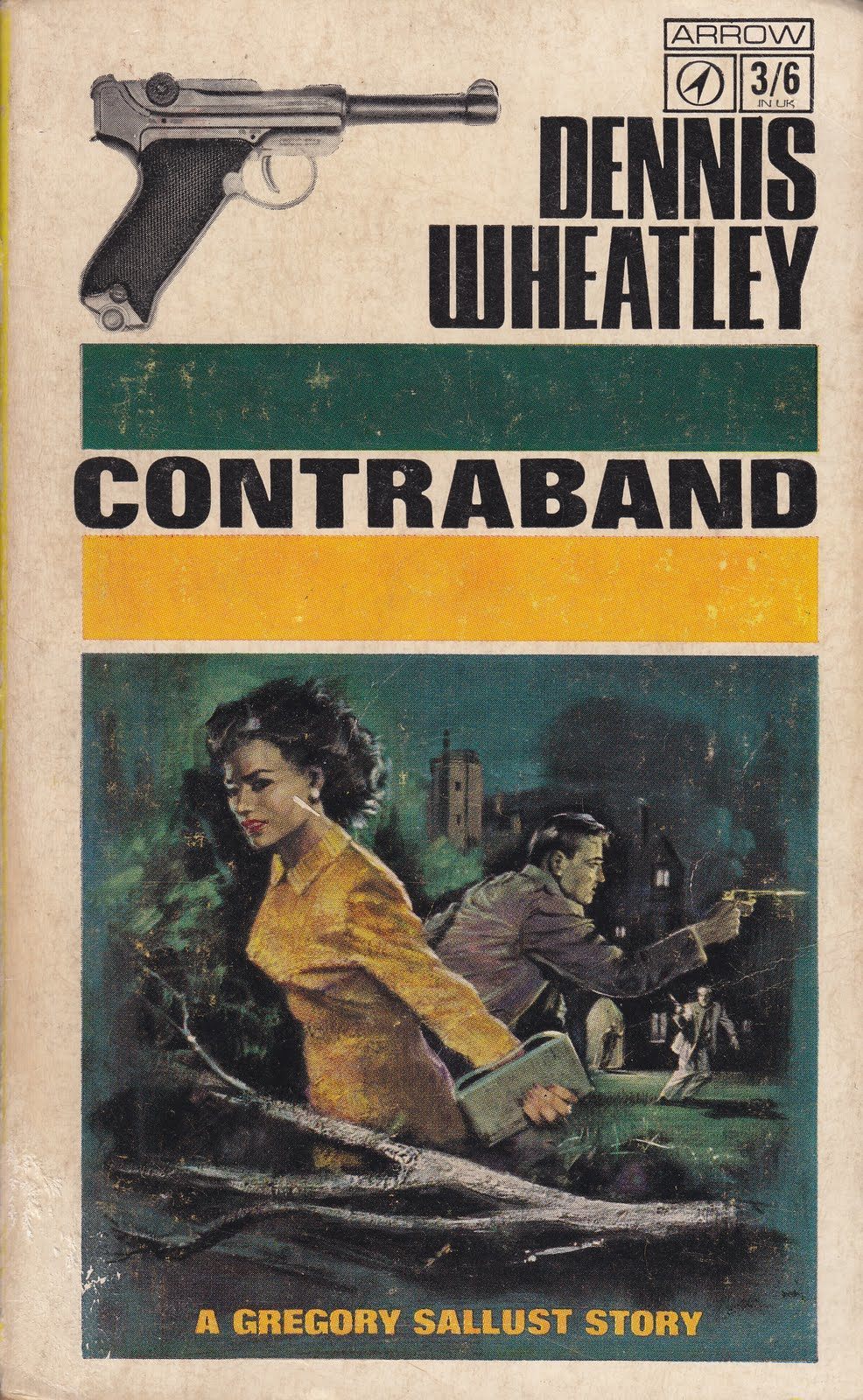 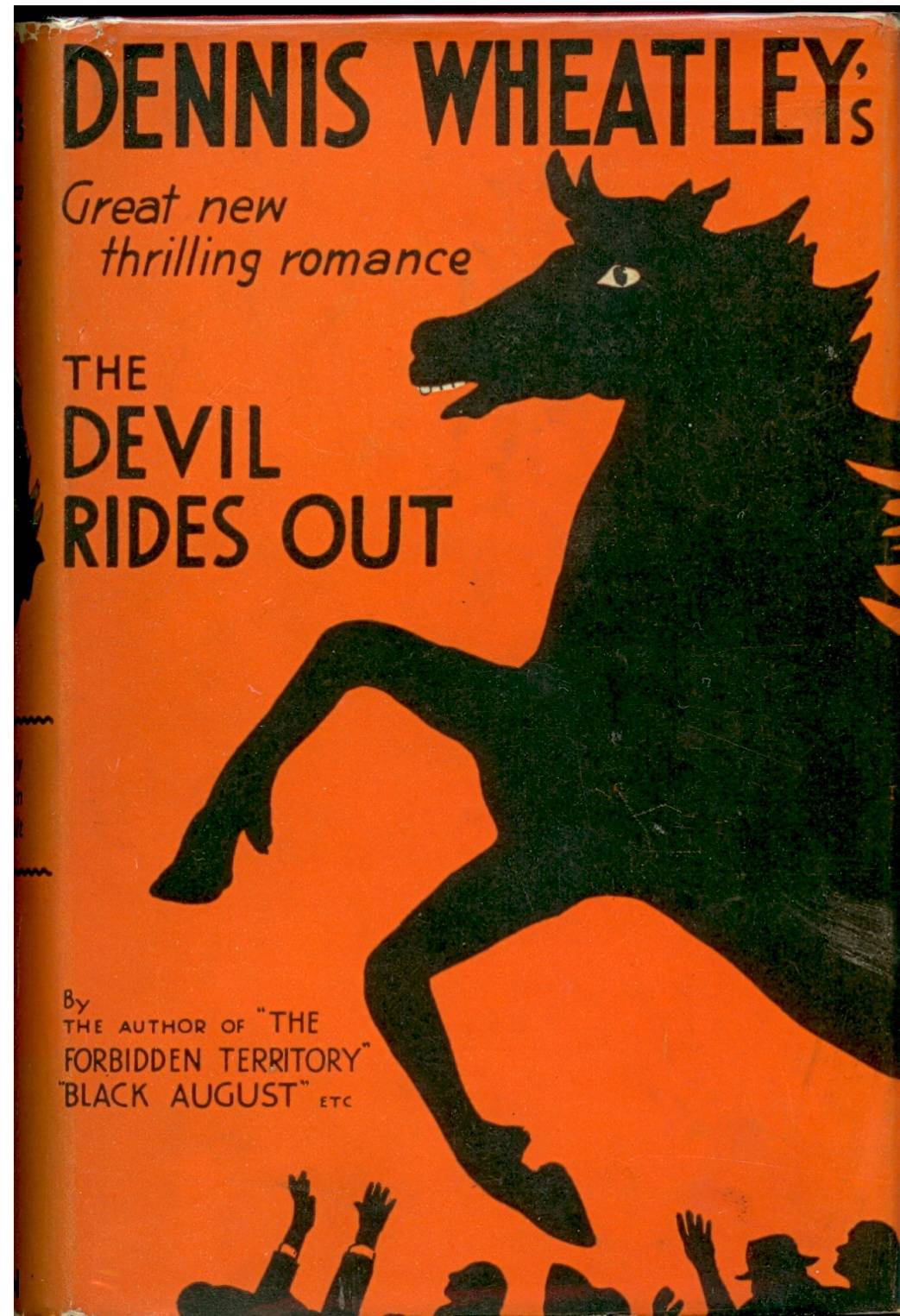 The Devil Rides Out published in 1934. 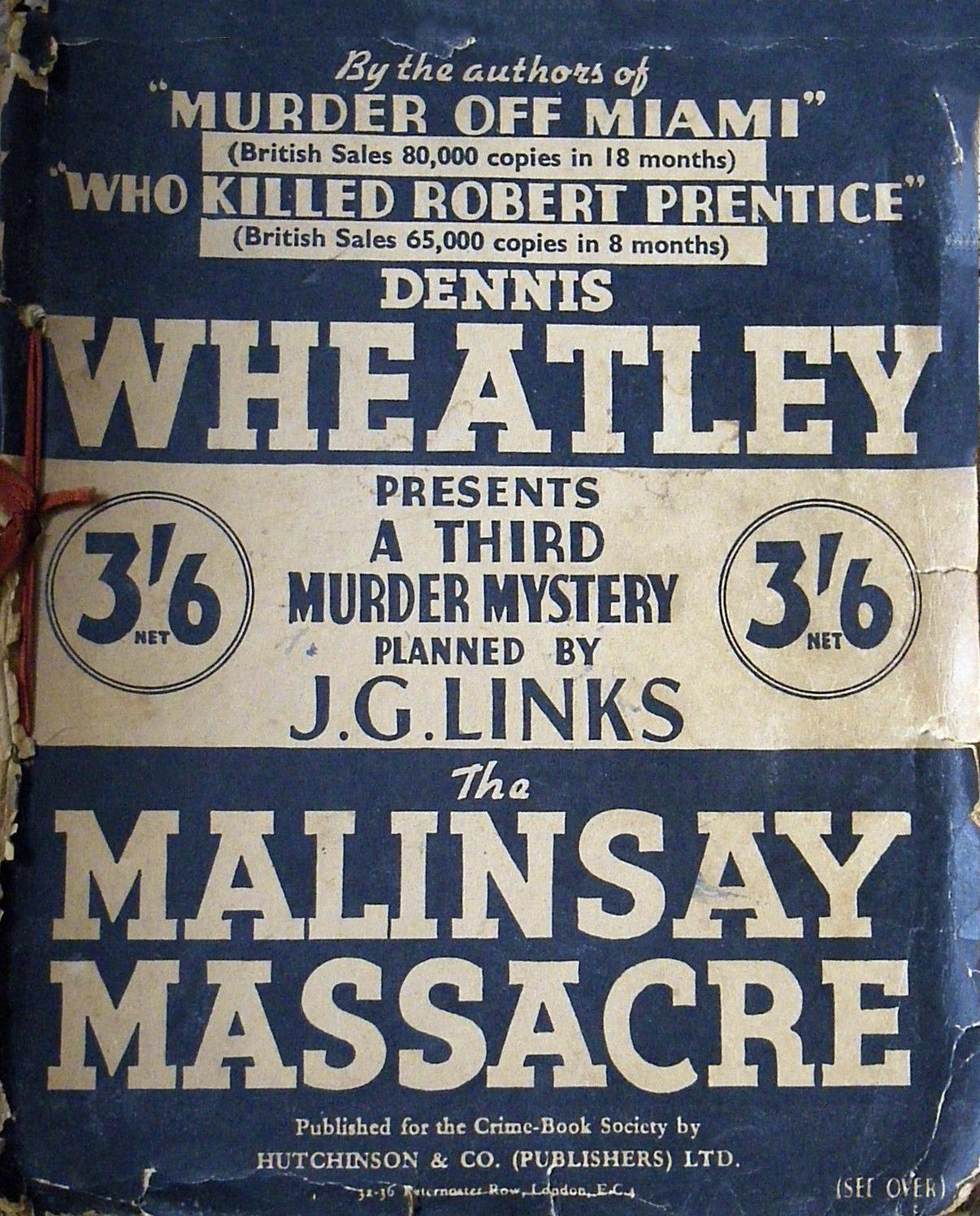 The Malinsay Massacre published in 1938. 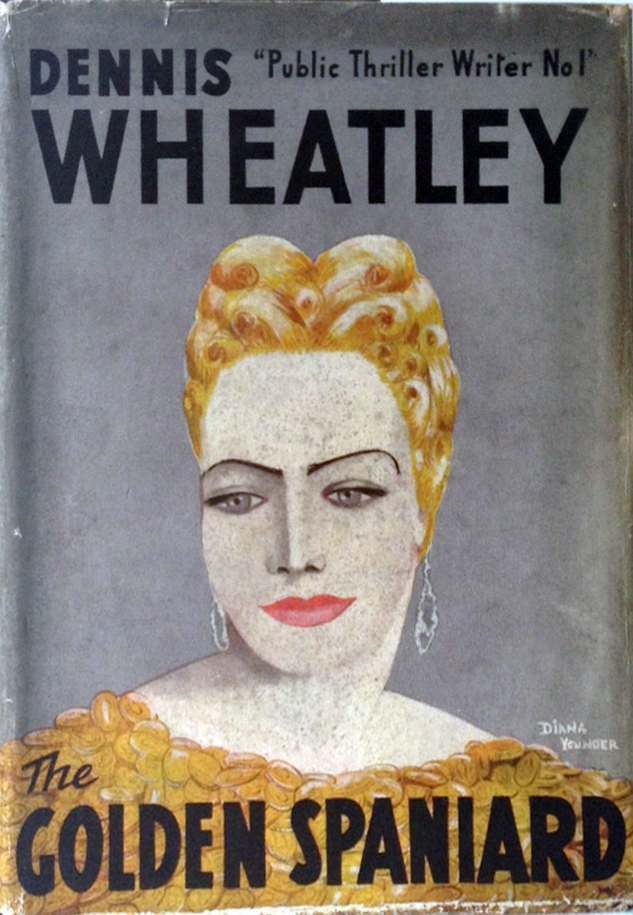 The Golden Spaniard published in 1938. 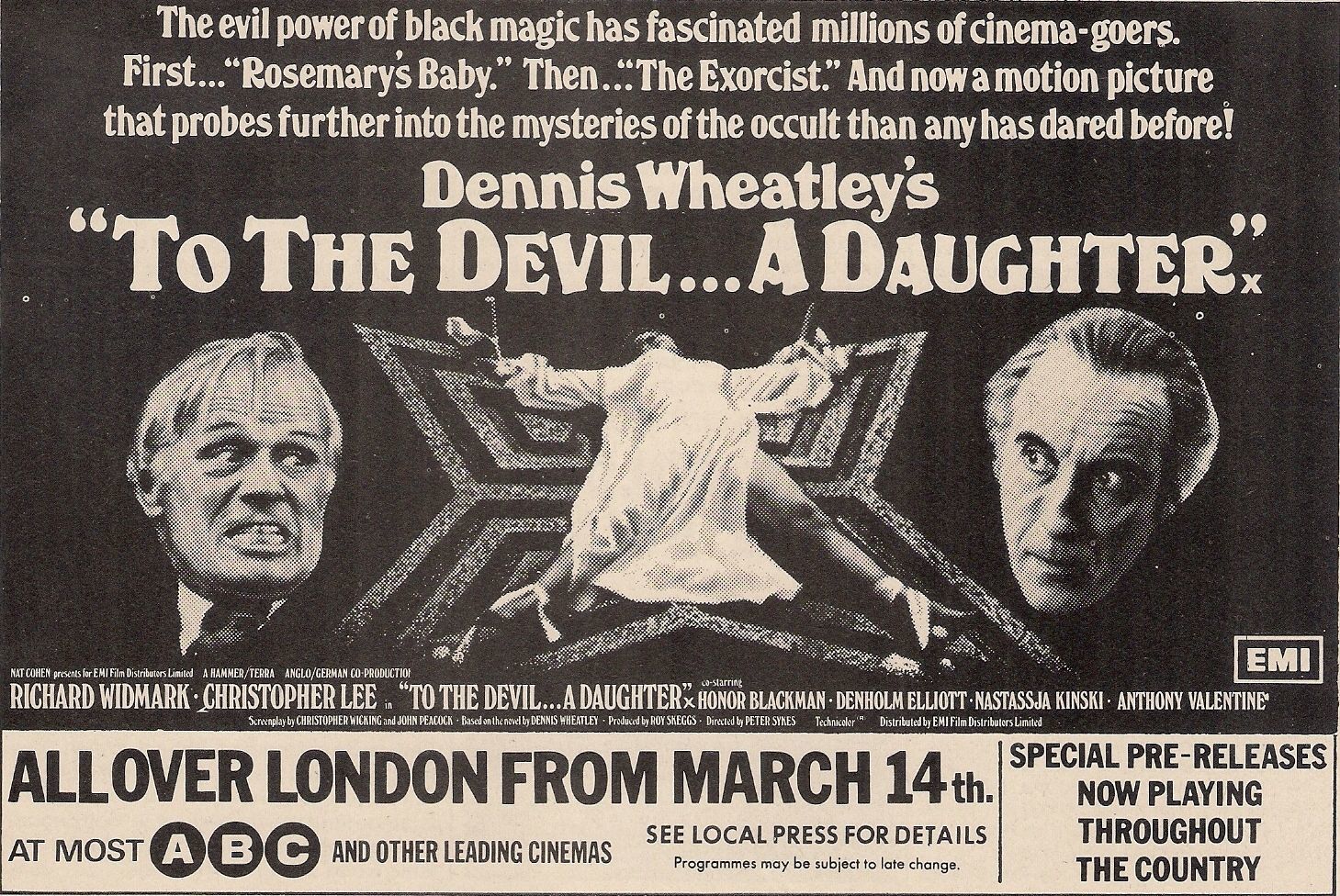 Poster for the film of To the Devil a Daughter released in 1976. 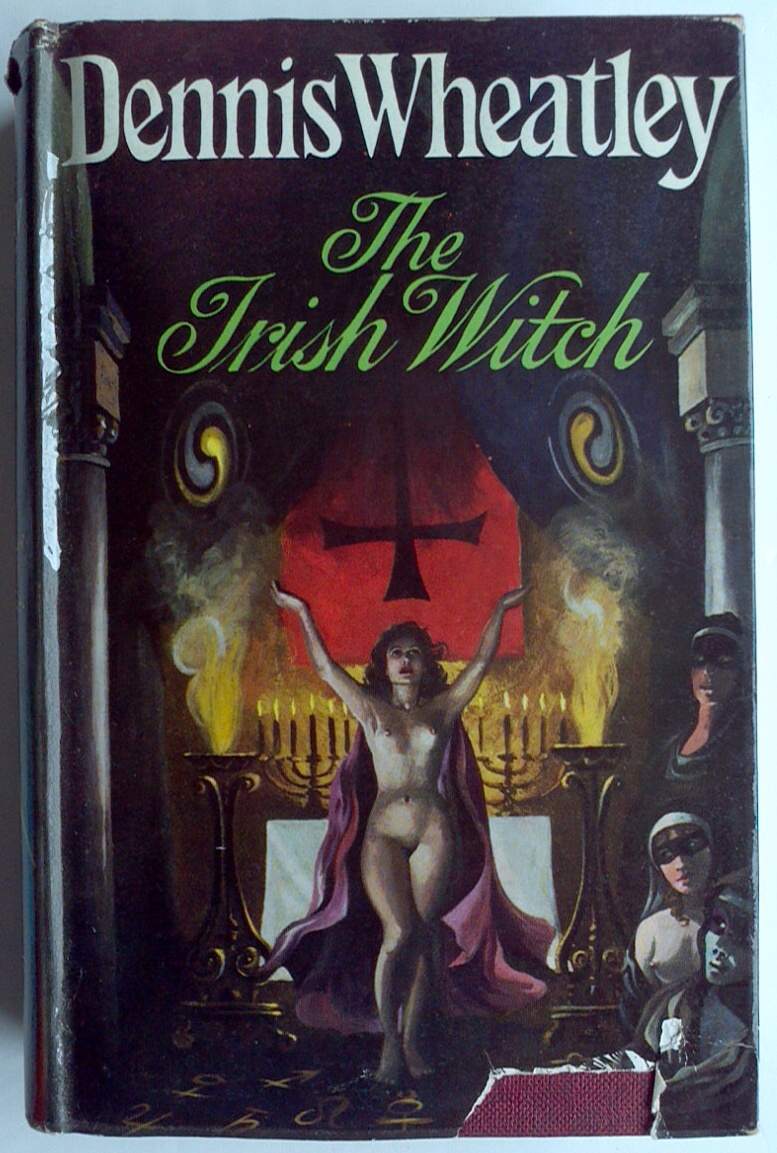 The Irish Witch published in 1973. 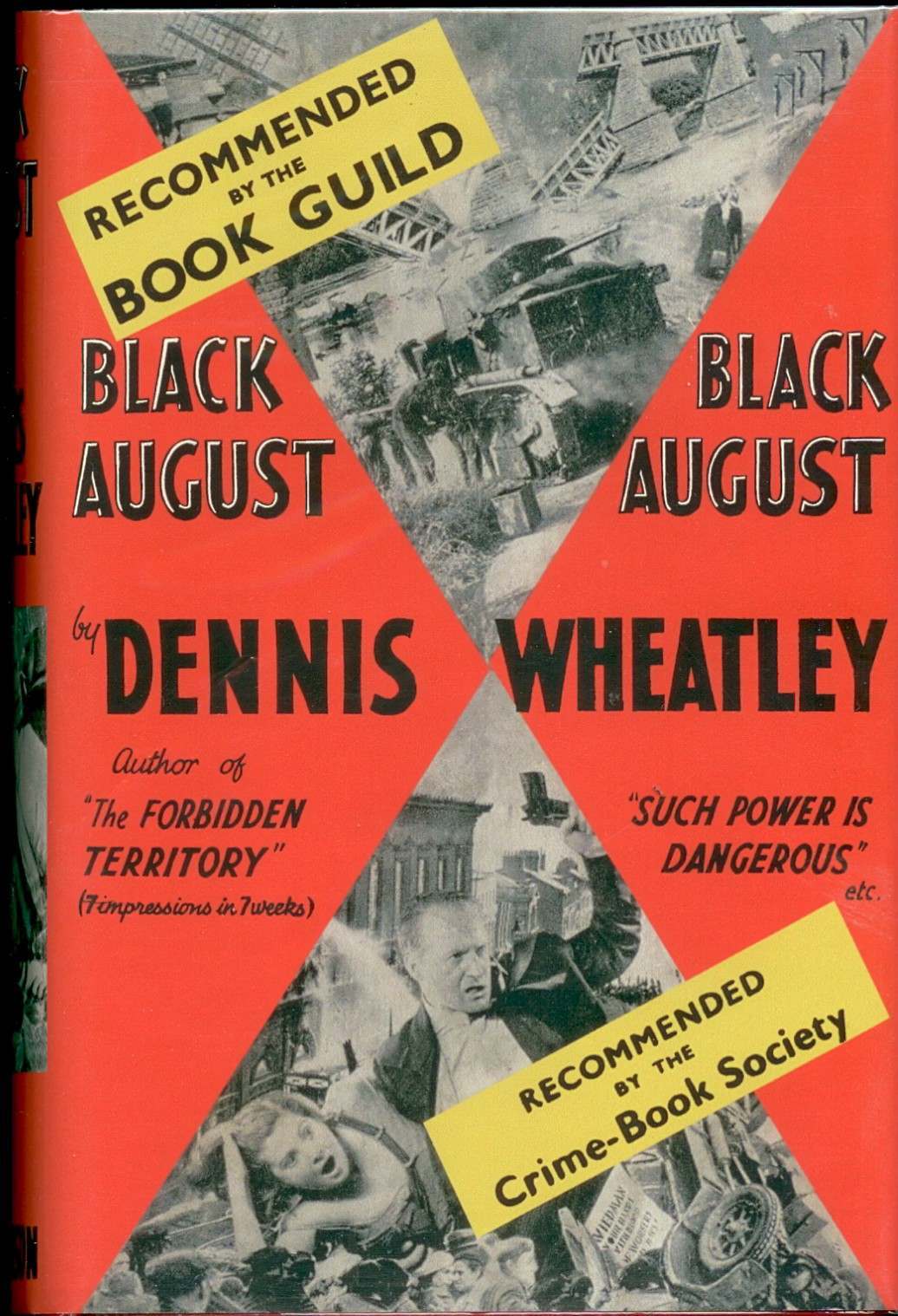