Trolls be hungry, they be. Hungry, very hungry. And likes a little human flesh to keep them sweet. Nice juicy humans what wriggles in their hands as they bite their heads off. Yummers. And then suck all their googly bits out. And picks their teeth with their bones. Trolls like to eat humans very much they do, thank you, please. 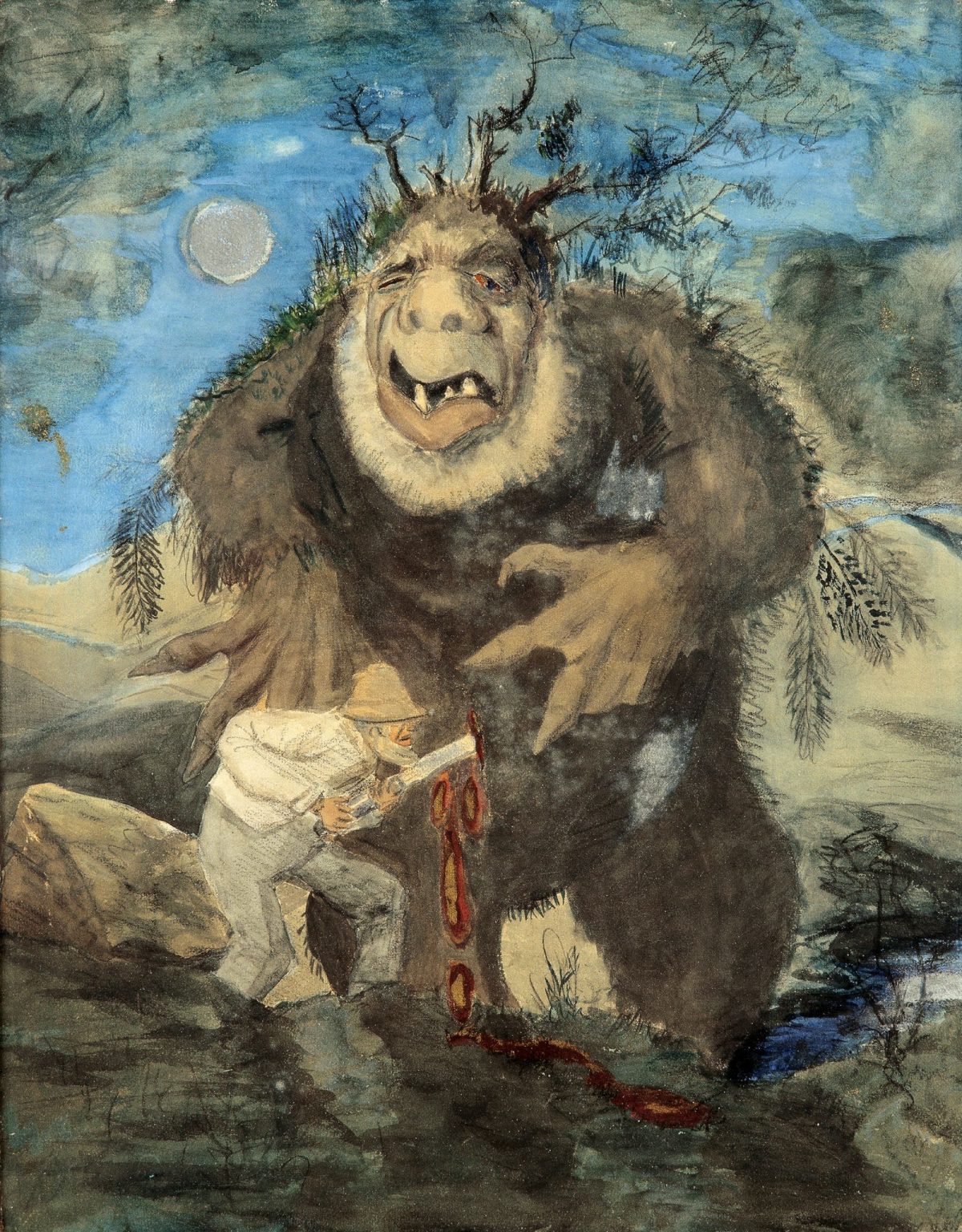 Now ifs you’s a human, you best keep away from trolls. Cause trolls is not nice monsters. No, they not be nice. Scary they be. But one man was not scared of trolls. He painted them, he did, cause all his trolls he painted lived up in his head.

Theodor Kittlesen (1857-1914) painted trolls, monsters, sea serpents, and the hungry evil of the Black Death. Kittlesen was not scared by his subject matter. He had lived too hard a life to ever be frightened by imaginary things.

Kittelsen was born in Kragerø, Norway in 1857, one of eight children. His father died when he was young. Money was tight. Kittelsen was apprenticed to a watchmaker when he was eleven years old. Though he dreamt of being an artist, his family’s needs came first. Like his siblings, he gave himself over to work.

In any odd moment, when he could sit quietly for an hour or so, he sketched and painted and drew portraits of his family. These drawings brought him to the attention of a patron who paid for Kittelsen, now aged seventeen, to attend art school in Oslo and later one in Germany. When his patron’s money ran out in 1879, Kittelsen returned home. His education brought him a new career as a draftsman for the local newspaper.

Kittelsen worked hard but kept an eye open for another chance to become an artist In 1882, his luck changed. He won a scholarship to study painting in Paris. After five years of education and work, Kittlesen returned to Norway, where he established a studio. He painted landscapes and romantic country scenes. His reputation grew steadily. Until one day, Kittelsen was commissioned to illustrate Norwegian folktales–painting and drawing trolls, monsters, witches and supernatural creatures.

He spent a few happy years creating illustrations and paintings of trolls and beastly creatures, but ill took its toll. In 1911, he gave up painting and accepted an artist’s stipend. He died in 1914. 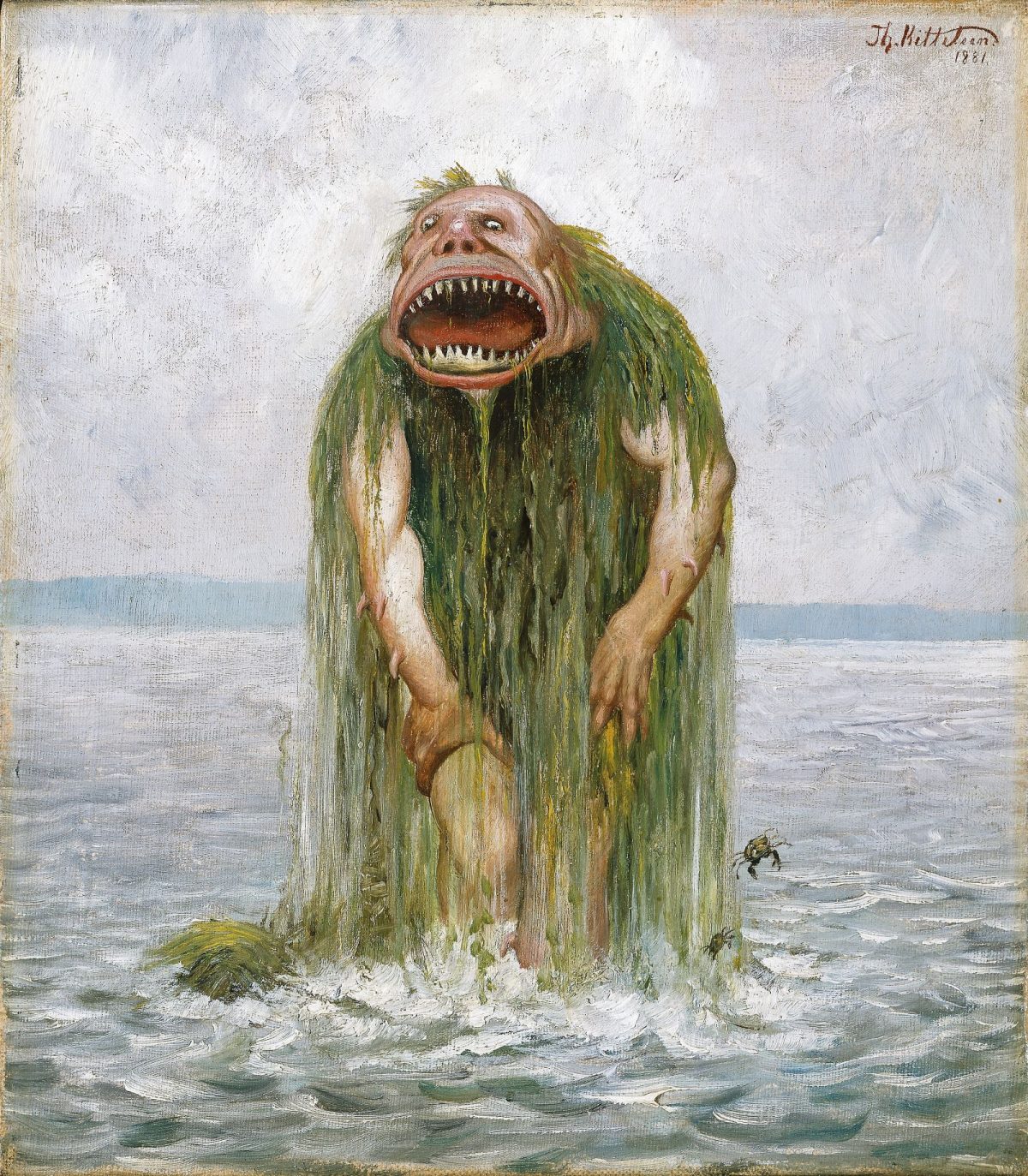 The Water Troll Who Eats Only Young Girls, 1881. 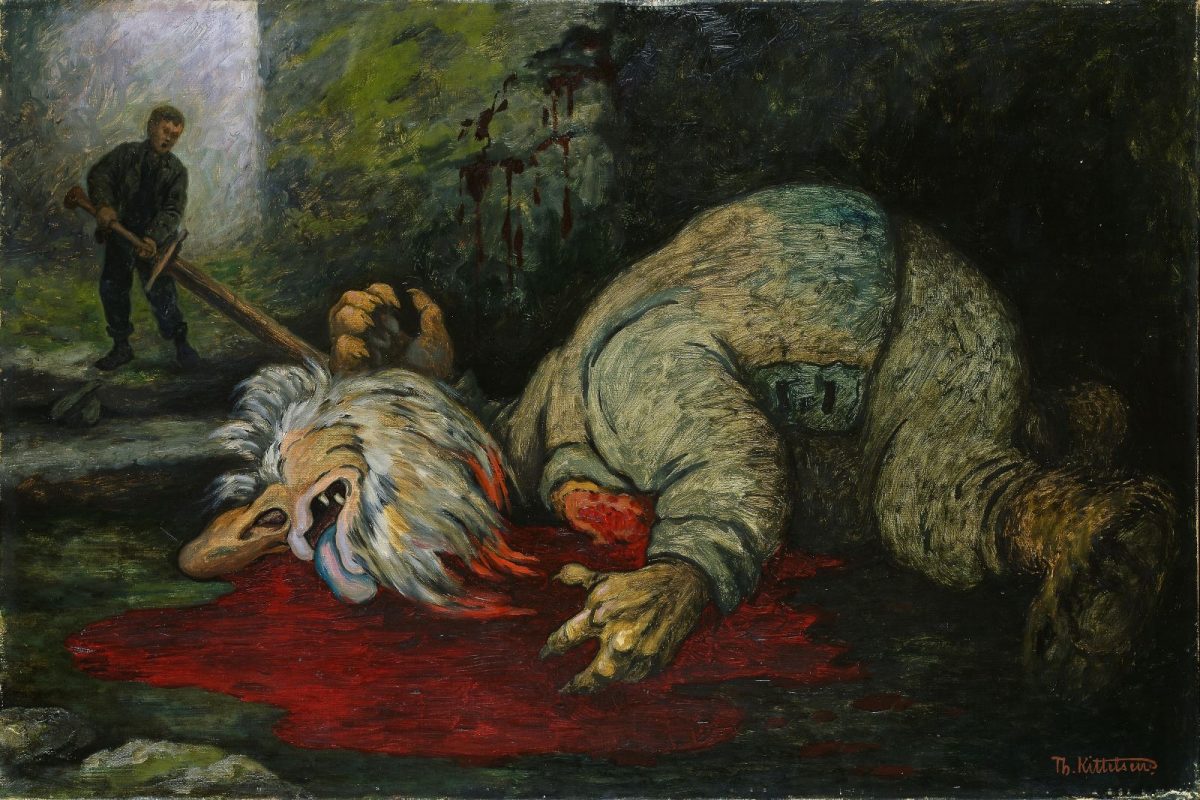 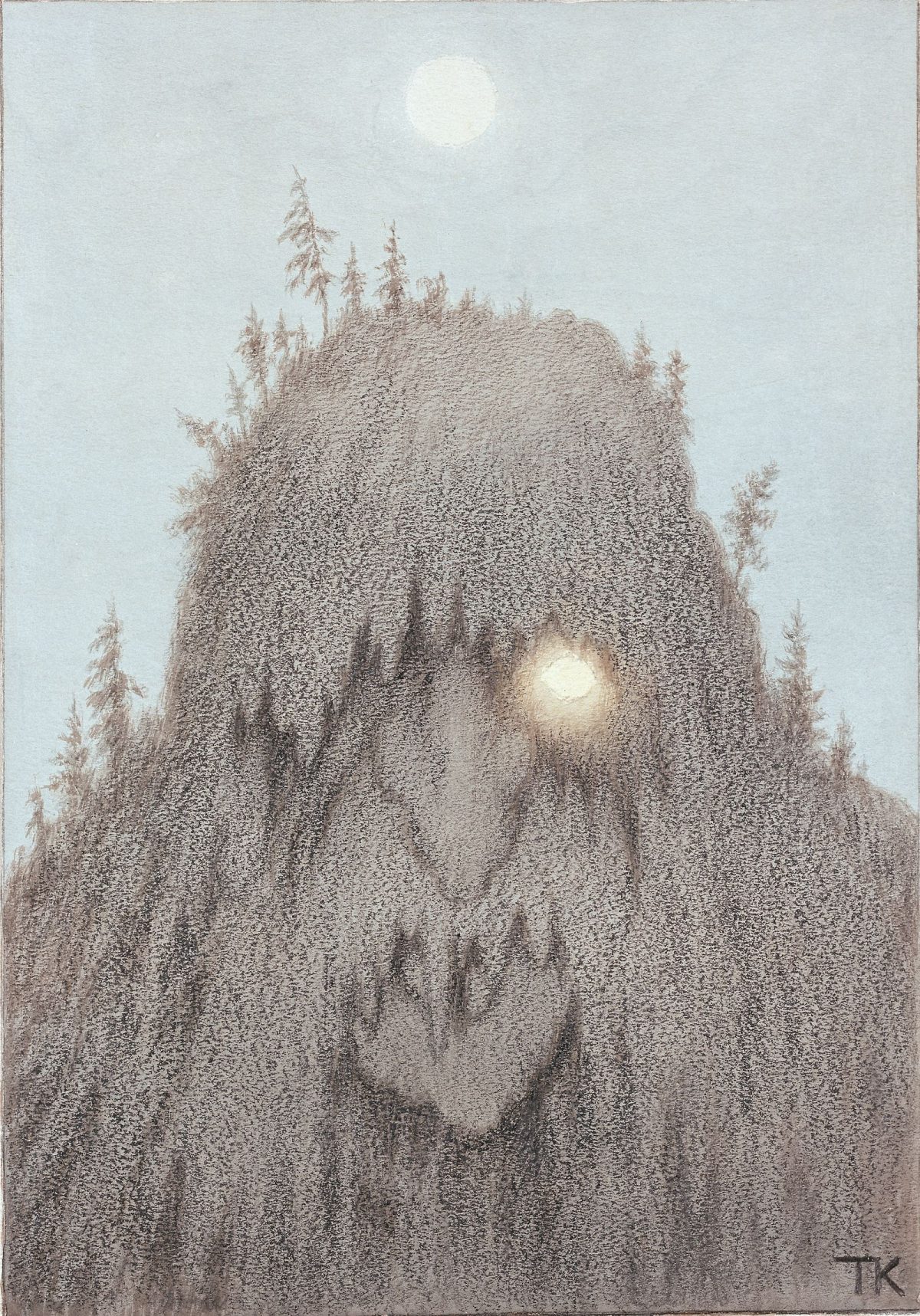 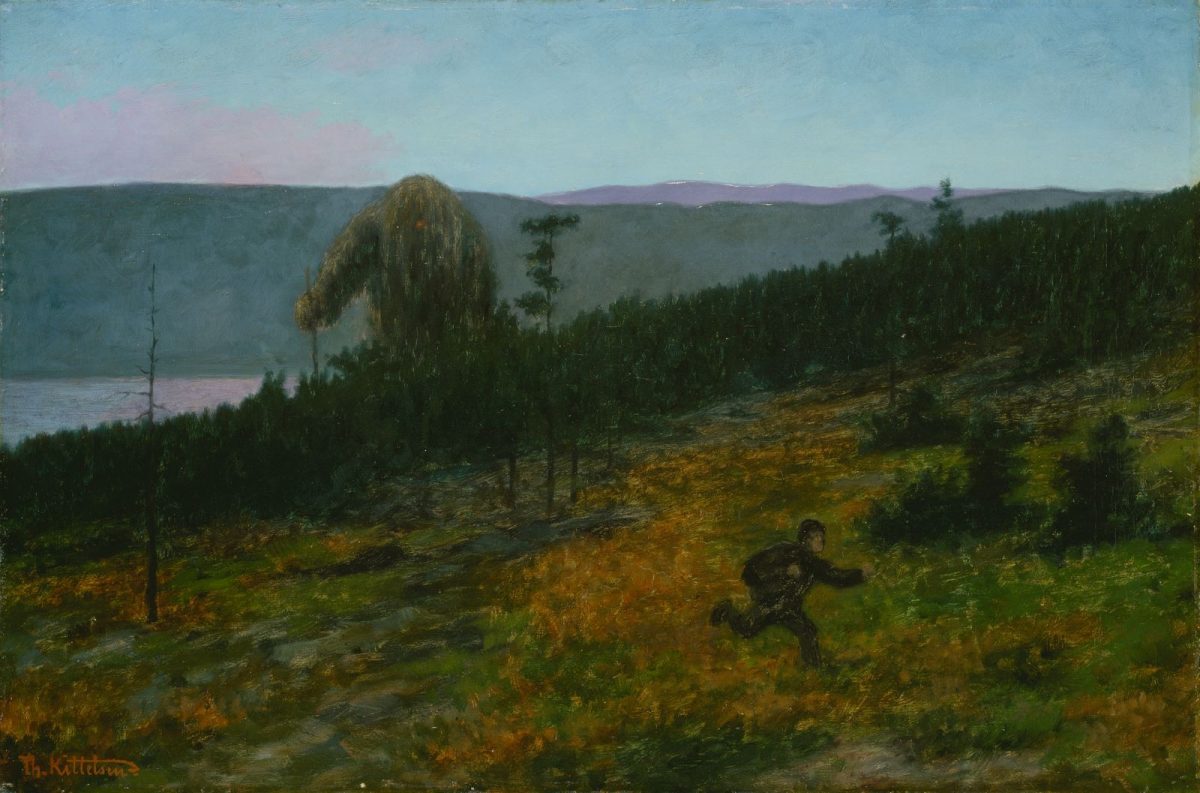 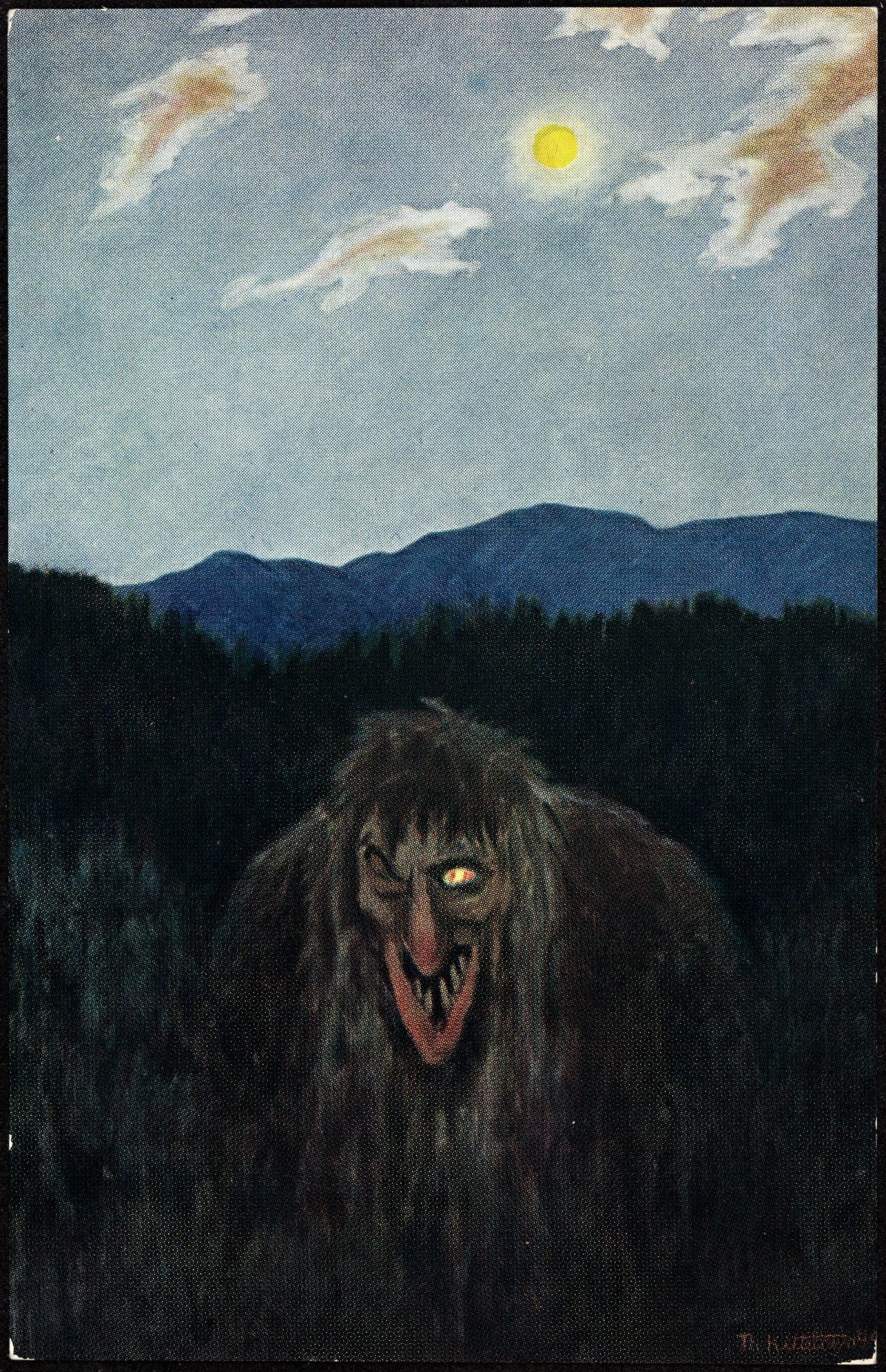 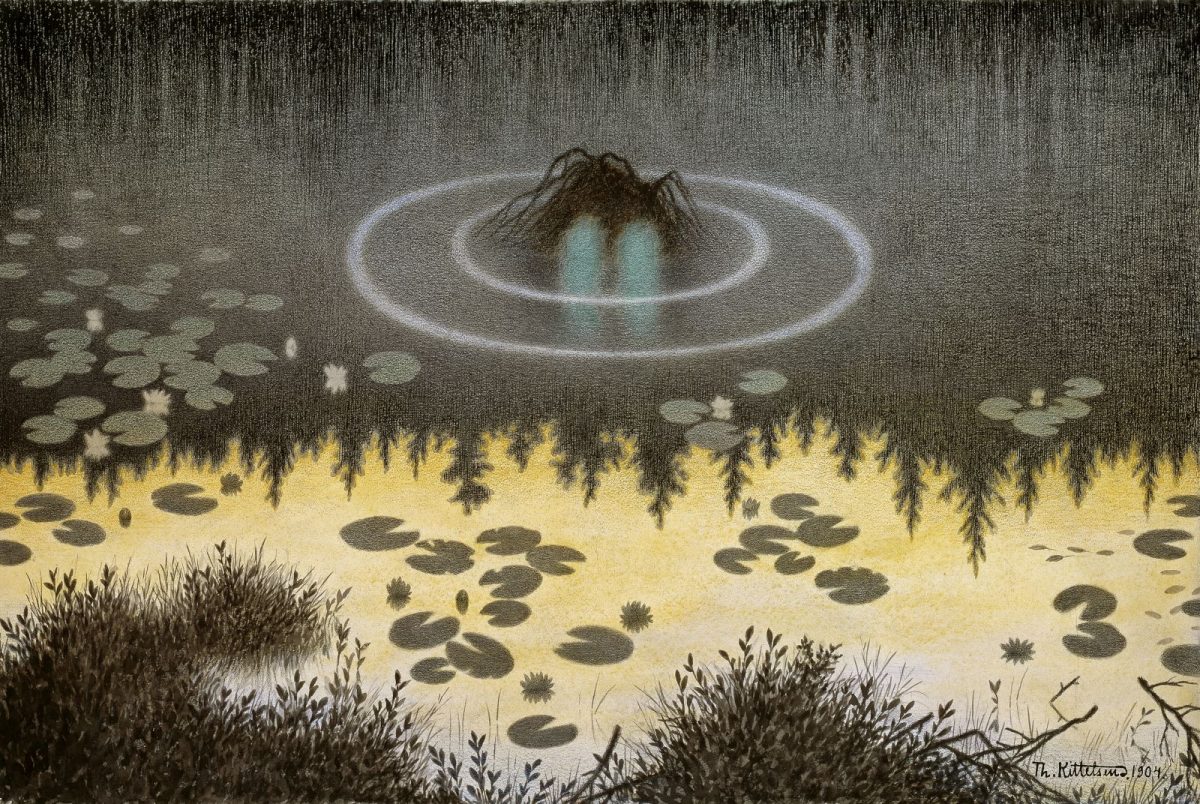 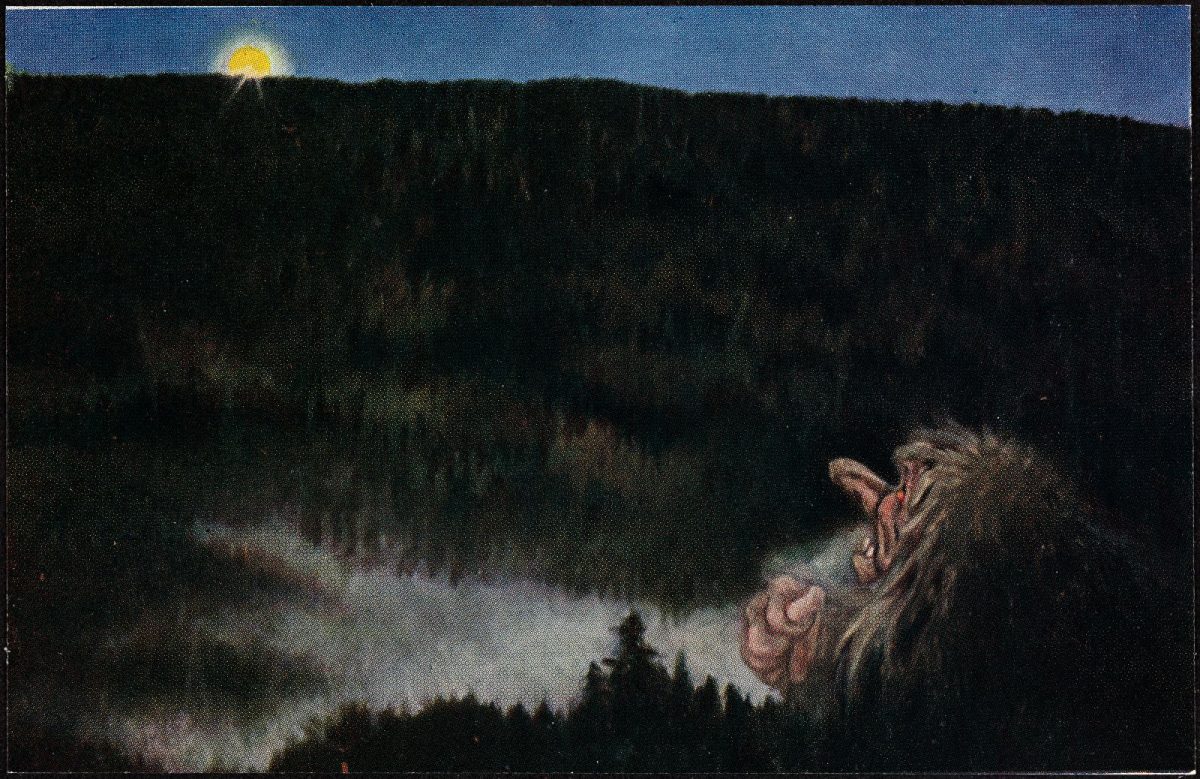 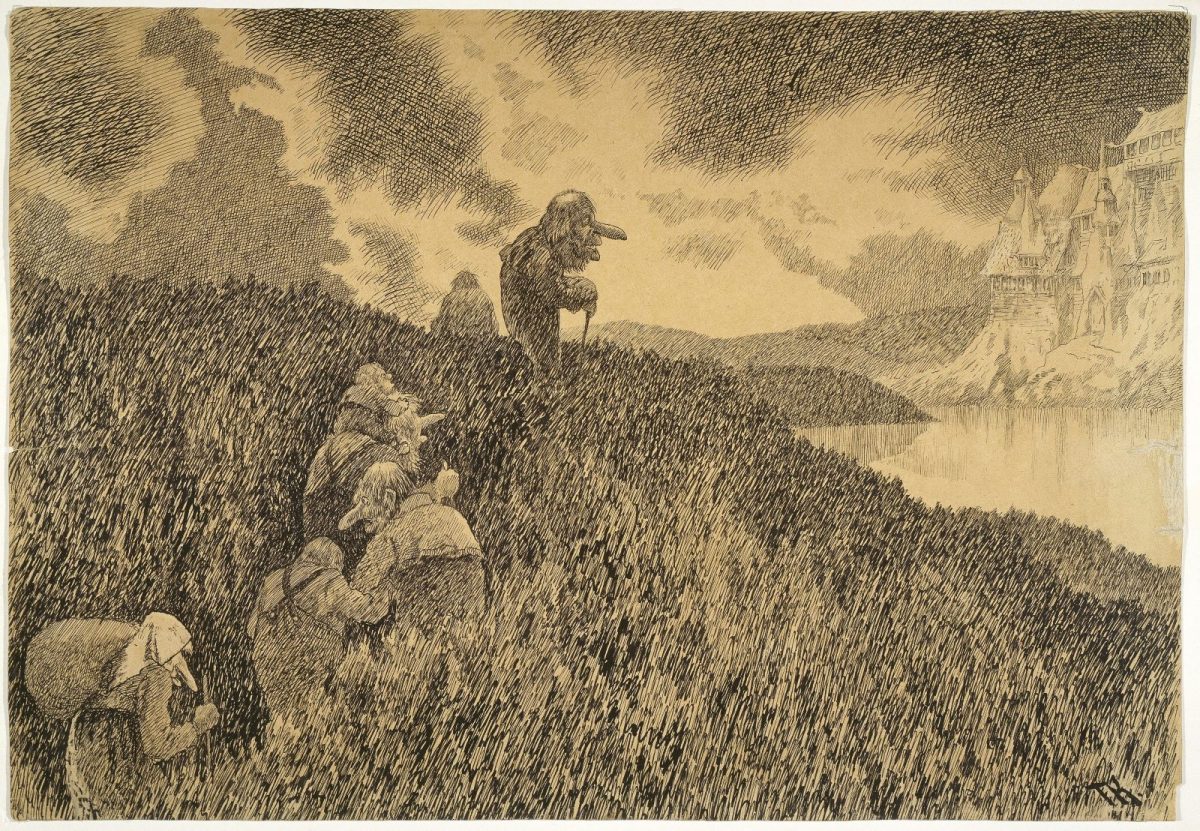 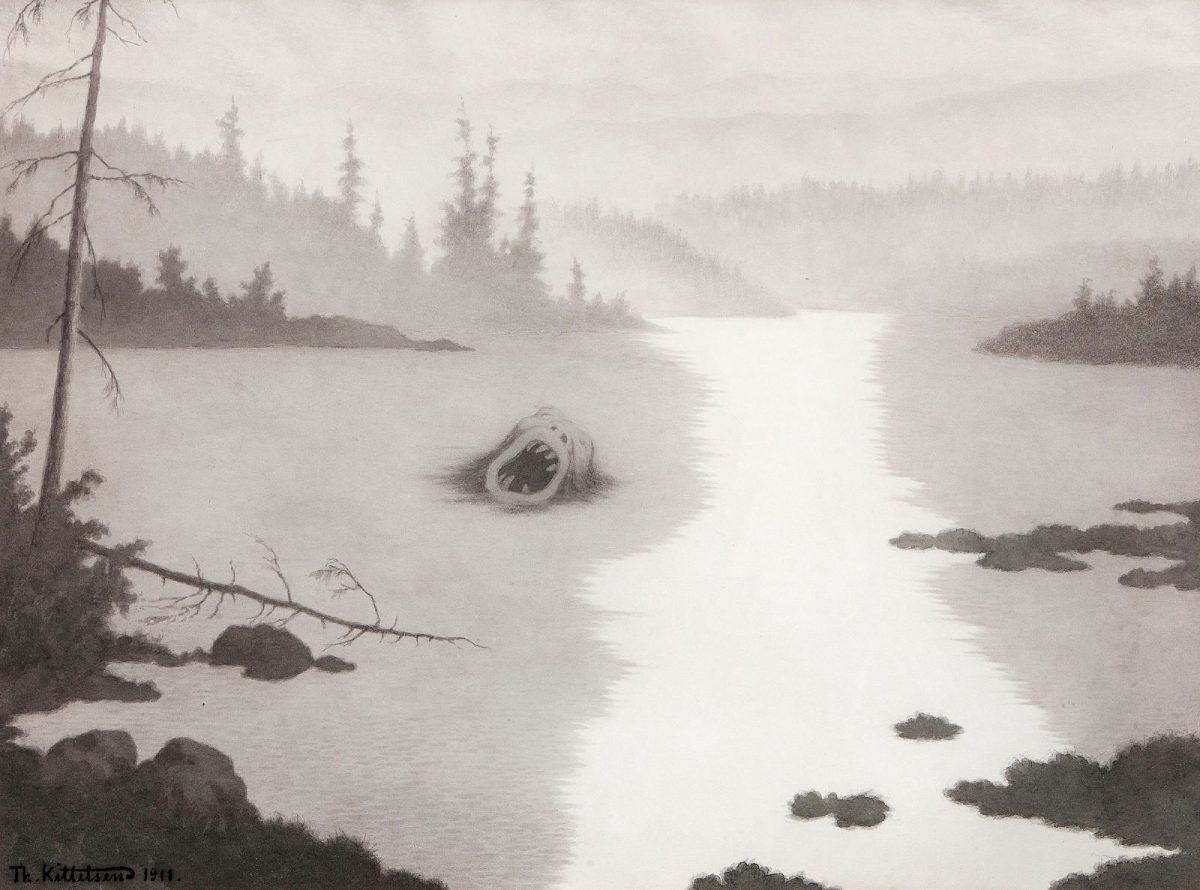 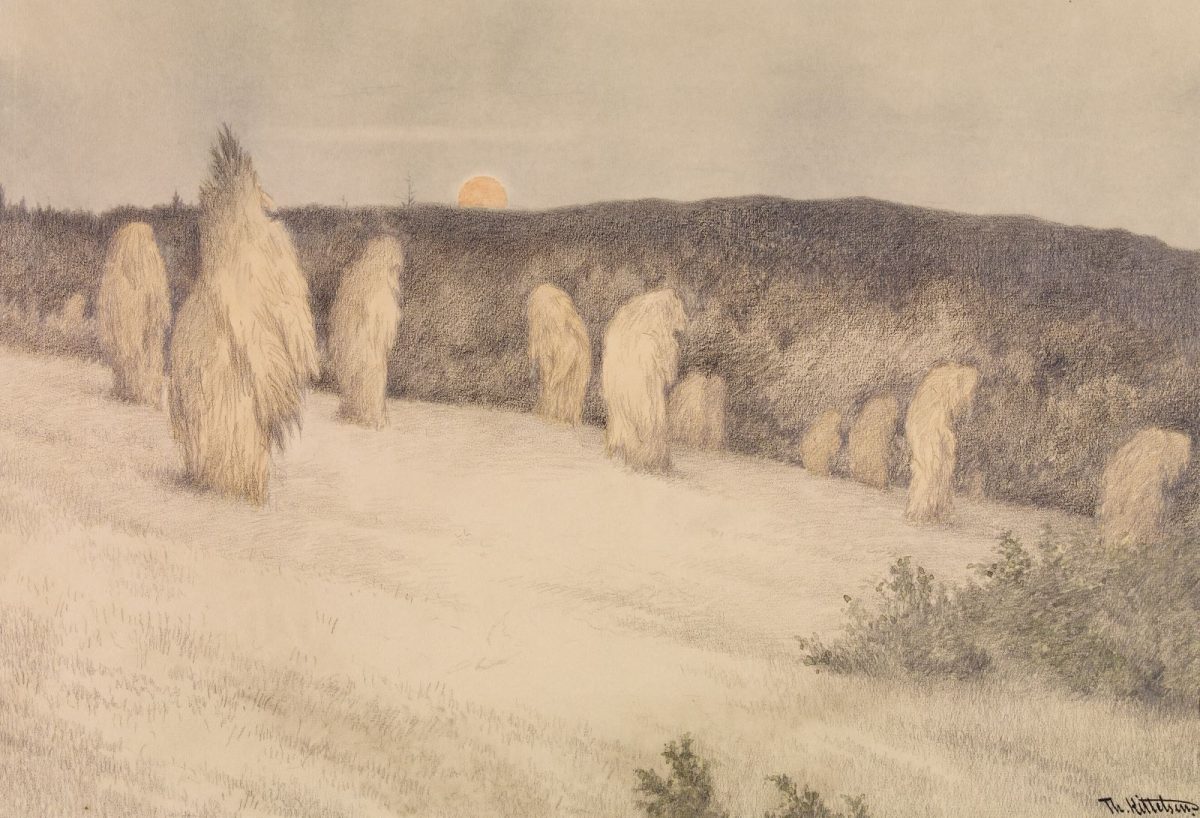 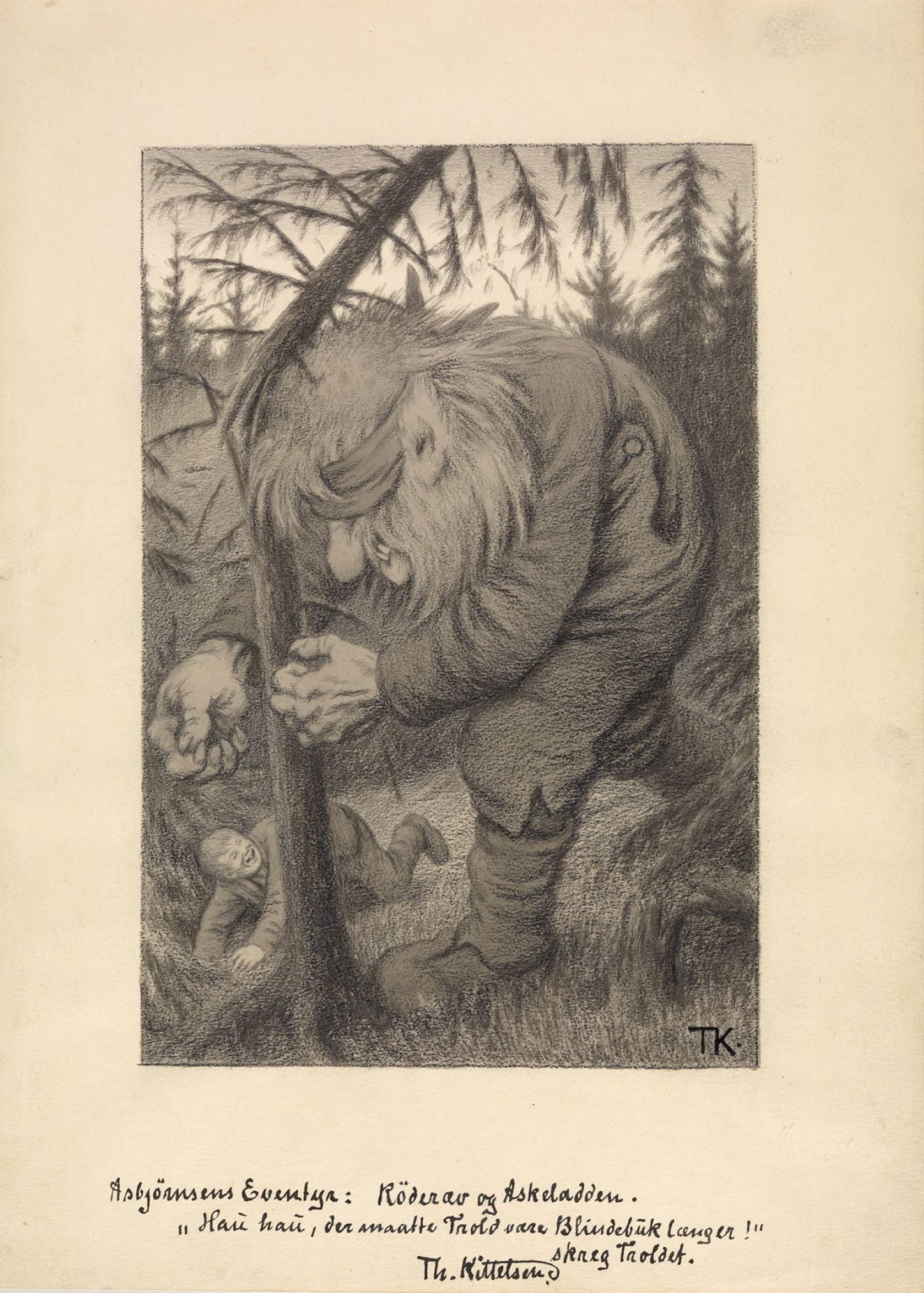