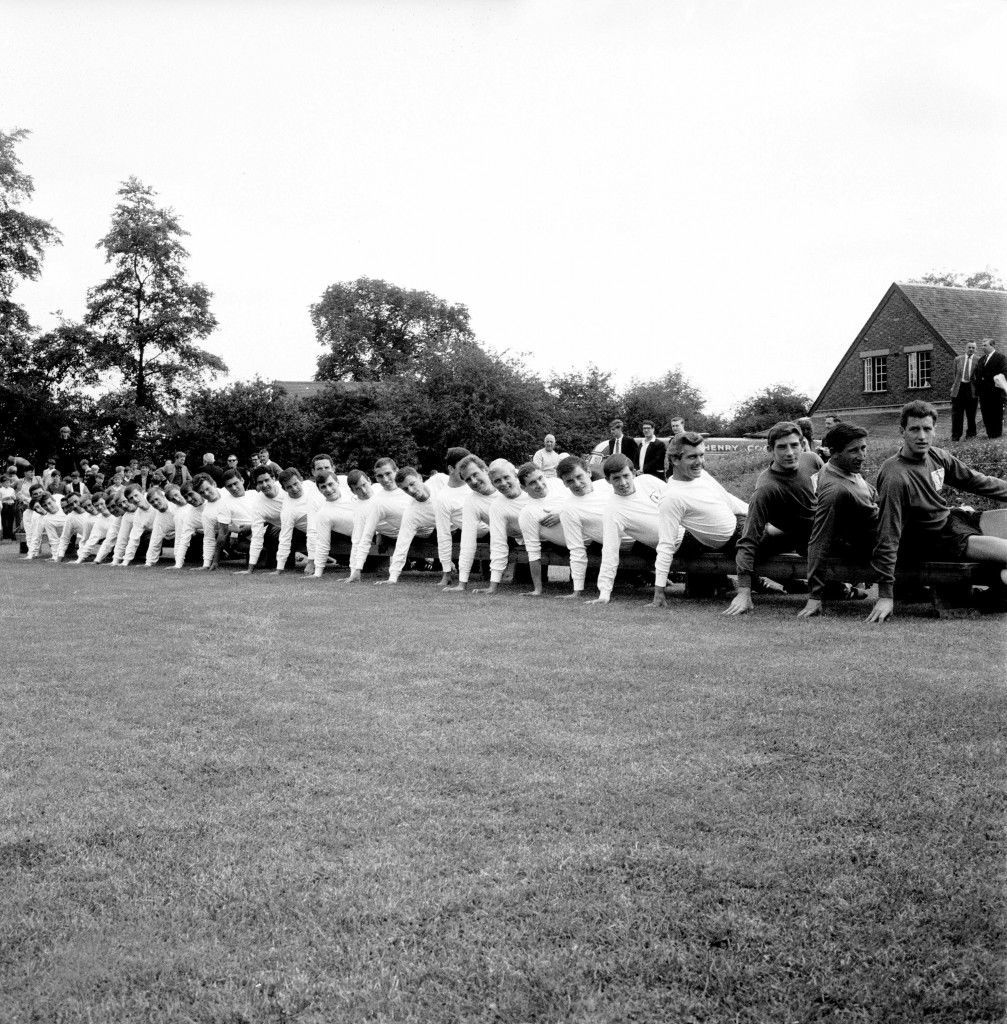 THE classic football team photocall features the places lined up in two or three series. The taller players stand at the back (goalkeepers in the centre), while the smaller players, captain and management staff occupy the front rows. But every now and then the photographer gets creative.