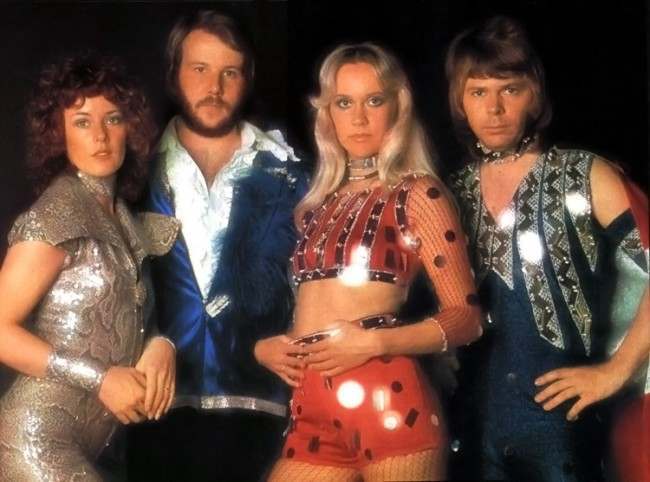 BACK in January, we covered The Top Ten Lyrical Low Points of the 1980s.  Well, it’s time to tackle another decade – the 1970s.  While there were certainly a lot of good songs with good lyrics recorded during this period, there was a metric f**k-ton of bad ones as well.  But despite the enormity of the task, we’ve waded through it and plucked out the worst of reasonably well-known songs, and here they are…

In and around the lake
Mountains come out of the sky and they
STAND THERE!

It’s important to remember this isn’t a list of the worst songs, just the worst lyrics – and these are positively dreadful.  I know, I know – it’s “art rock”, so all is forgiven.  Perhaps I could overlook one misstep, but Yes was constantly delivering insane lyrics.  Take another example from Yes’ “The Solid Time of Change”:

A seasoned witch could call you from the depths of your disgrace,
And rearrange your liver to the solid mental grace

What the – ?  I presume their word choice was based more on how it sounded rather than whether it made any real sense.  It’s still no excuse, but at least it’s not as bad as the next prog rockers singing about melons…

To find the sacred river Alph
To walk the caves of ice
Oh, I will dine on honeydew
And drink the milk of Paradise

I get it.  It’s pulled from Coleridge.  Somehow that fact doesn’t keep me from hating it.  In fact, the pretentious nature of prog rock makes me hate it more – for the love of God, it takes over five minutes of self-important noodling before you even get to the lyrics!

English wasn’t their first language, so I’ll cut them some slack.  Plus, their preternatural ability to craft a melody that could make a Ringwraith smile, gives them a get-out-of-jail-free card…almost.  Sometimes a lyric is so bad, there’s no forgiving it.

But I’m still an embryo
With a long, long way to go
Until I make my brother understand

This from the woman who brought you “Angie Baby”, which contained some of the most haunting and mysterious lyrics ever written.  “I Am Woman” is no doubt an empowering song, and it came at a perfect time when Women’s Lib was in full swing.  Yet, that embryo rhyme just begs to be included on this list.

If I was a sculptor
But then again, no.

A great song, but Blecch!  Bernie Taupin could get pretty creative with his wording (just listen to “Levon” for proof): however, here it’s just cringeworthy.

5. “The Joker” by Steve Miller Band

Miller is notorious for giving the middle finger to grammar in favor of a nicely flavored verse.  Take for instance:

Billy Mack is a detective down in Texas. You know he knows just exactly what the facts is.

I think it’s okay to sacrifice grammar on occasion.  After all, I’m not going to criticize Bo Diddley because “Who Do You Love?” should really be “Whom Do You Love?”  However, when you start inventing stupid words like “pompitous” because you’re high, I’ve got to call you out on it, Steve.

Tex was actually nominated for a Grammy for this song, which is shocking until you consider that “My Humps” actually won one.

This is actually a brilliant song; an honest testimony of feeling like a stranger in both your hometown and where you currently dwell.  Neil felt an outsider in New York, where he grew up, and LA where he made it big and set up his palatial estate.  The lyrics are heartfelt and the melody is sweeping…. but then it gets to that bit about the chair.  WTF, Neil?!?

Muskrat Suzie, Muskrat Sam
Do the jitterbug at a Muskrat Land
And they shimmy, Sam is so skinny

I’m not one of those rock snobs who turns his nose up at every cheesy pop song; I happen to like Captain & Tennille.  I enjoyed their variety show when it aired, and was genuinely sad to hear the recent news that their longtime relationship was at its end.

And yet, no amount of personal goodwill can polish this turd.  The two artists who recorded this song, America and C&T have both commented on how polarizing this song is to a crowd – some cheer, some boo.  You either love or loathe this cutesy saccharine mess, and I happen to fall into the latter category.

Someone left the cake out in the rain
I don’t think that I can take it
’cause it took so long to bake it
And I’ll never have that recipe again
Oh, no!

Long heralded as the worst lyrics of all time, this almost seems too obvious a choice.  Yet, it was so popular by so many artists… and it is so, so terribly bad, that it would be a crime not to single this out as the low water mark in the history of lyrics.

The composer, Jimmy Webb, who shall forever stand accused for unleashing this abomination upon mankind, has tried to offer an excuse: “The cake, it was an available object. It was what I saw in the park at the birthday parties. But people have very strong reactions to the song. There’s been a lot of intellectual venom.”

Au contraire, Jimmy.  There’s nothing intellectual about my venom.  It comes from my very soul, and burns with the white-hot fury of a thousand suns.