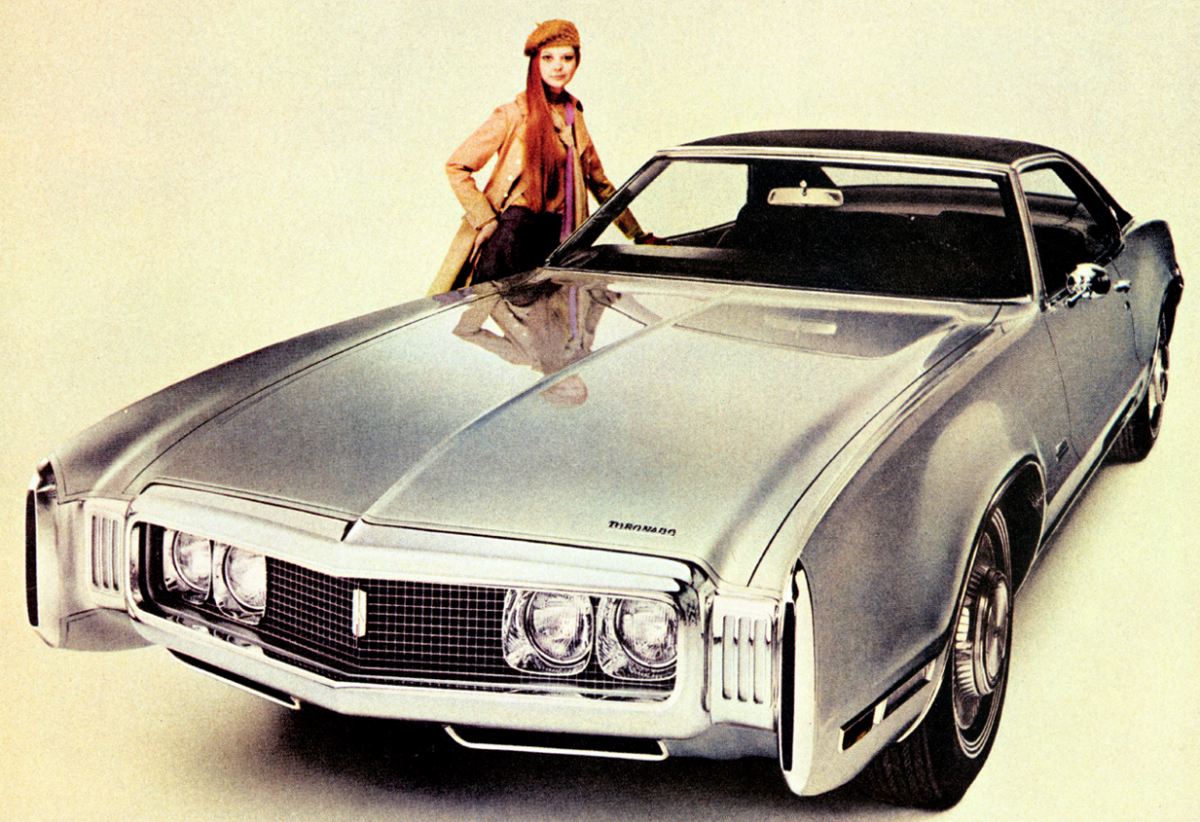 Everyone knows the story of the American car reaches its nadir in the early 70s, when inefficient U.S. models met the gas crisis and lost out to more reliable, economical imports. “Japanese manufacturers made tremendous inroads on the global automobile market during the 1970s,” writes Michael Cusumano at the MIT Sloan Management Review, a fact that “will surprise nobody.” What does surprise, and complicates the usual narrative, is that Japanese makers like Nissan and Toyota outsold GM, Ford, and Chrysler by a factor of two in 1970, three years before the OPEC embargo that sent oil prices soaring.

Auto executives obviously noticed the rapid rise in sales of Japanese compacts and Volkswagens, but nearly every major carmaker in the U.S. still tied their brand to flagship models that now look, in hindsight, like parade floats they are so ludicrously oversized. The sheer weight of such automobiles required huge V8 engines. 12 miles to the gallon was standard. Owners of muscle cars, now once again on American highways in models reviving 70s favorites, couldn’t have cared less about fuel economy and also seemed increasingly charmed by cars of massive size. 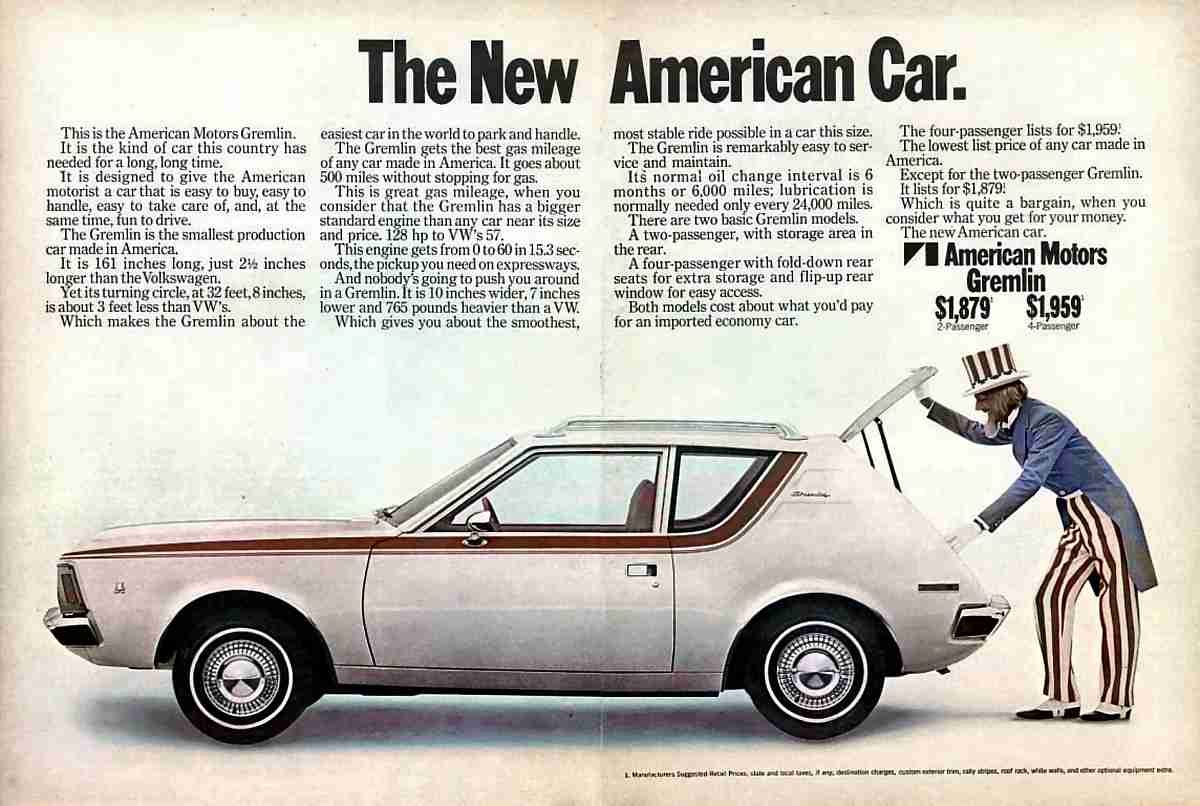 Another story, not often told, or retold, because it is embarrassing, is American carmakers’ attempt to compete with foreign import compacts and the Beetle with some rather sad compact cars like the 1971 Ford Pinto and the AMC Gremlin, which debuted in 1970 (in an advertisement calling it “the New American Car”) and has since been deemed one of the ugliest cars ever made. Still, the Gremlin made it through 8 years of production. Much better looking was Ford’s Maverick, styled on the Mustang in 1969 and offered in 1970 in funky 70s colors like “Anti-EstablishMint,” “Hulla Blue,” and “Freudian Gilt.” 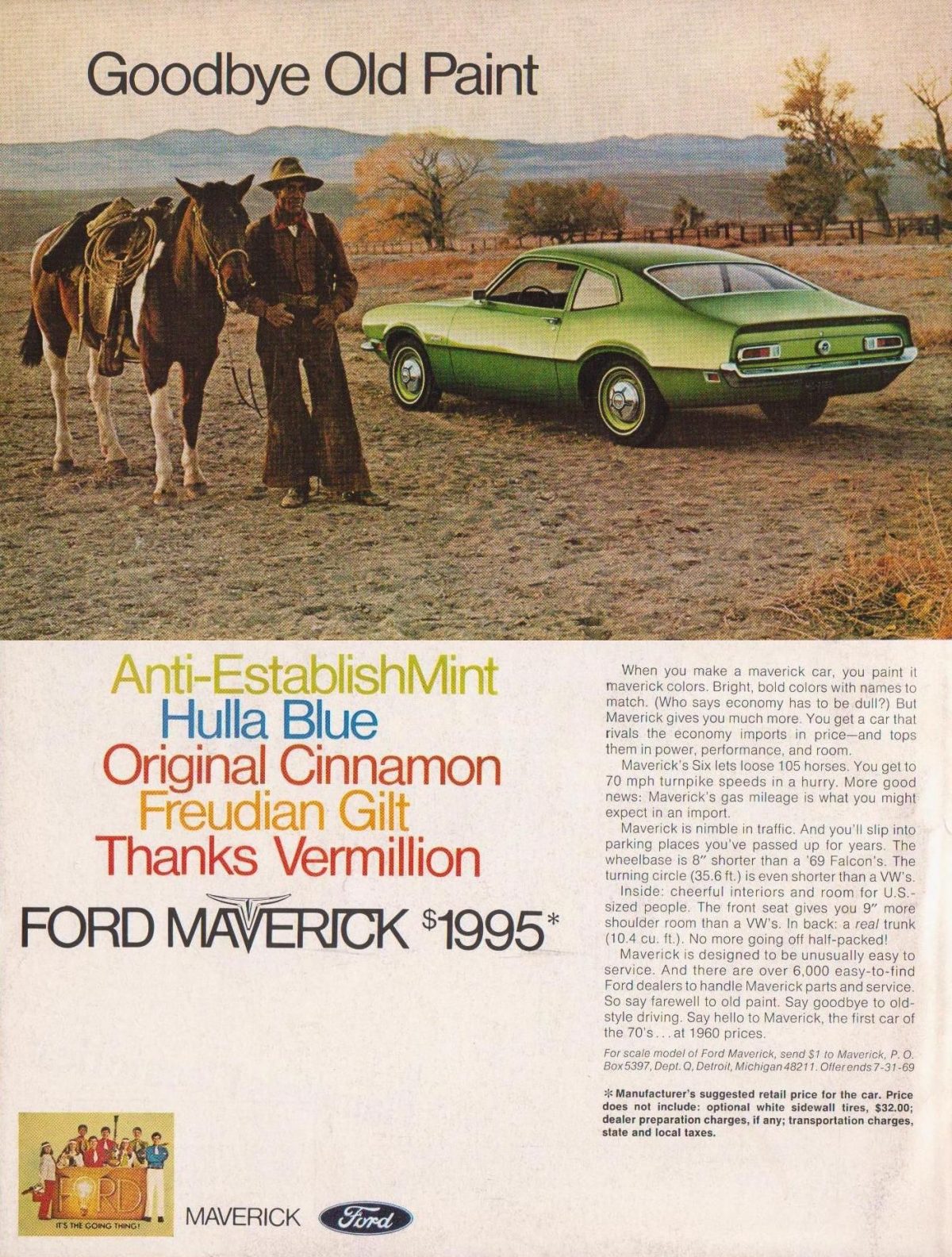 The Maverick made it until 1977, but on the whole, the American car in 1970 was a hulking beast – a point of pride in 70s advertising despite trends toward fuel economy. The huge automobile was “the Spirit of the Seventies,” as Cadillac proclaimed. It promised escape, sex appeal, lots and lots of power, and, when it came to station wagons, a house on wheels. (Ford’s Country Squire that year spread over two pages in their brochure.) 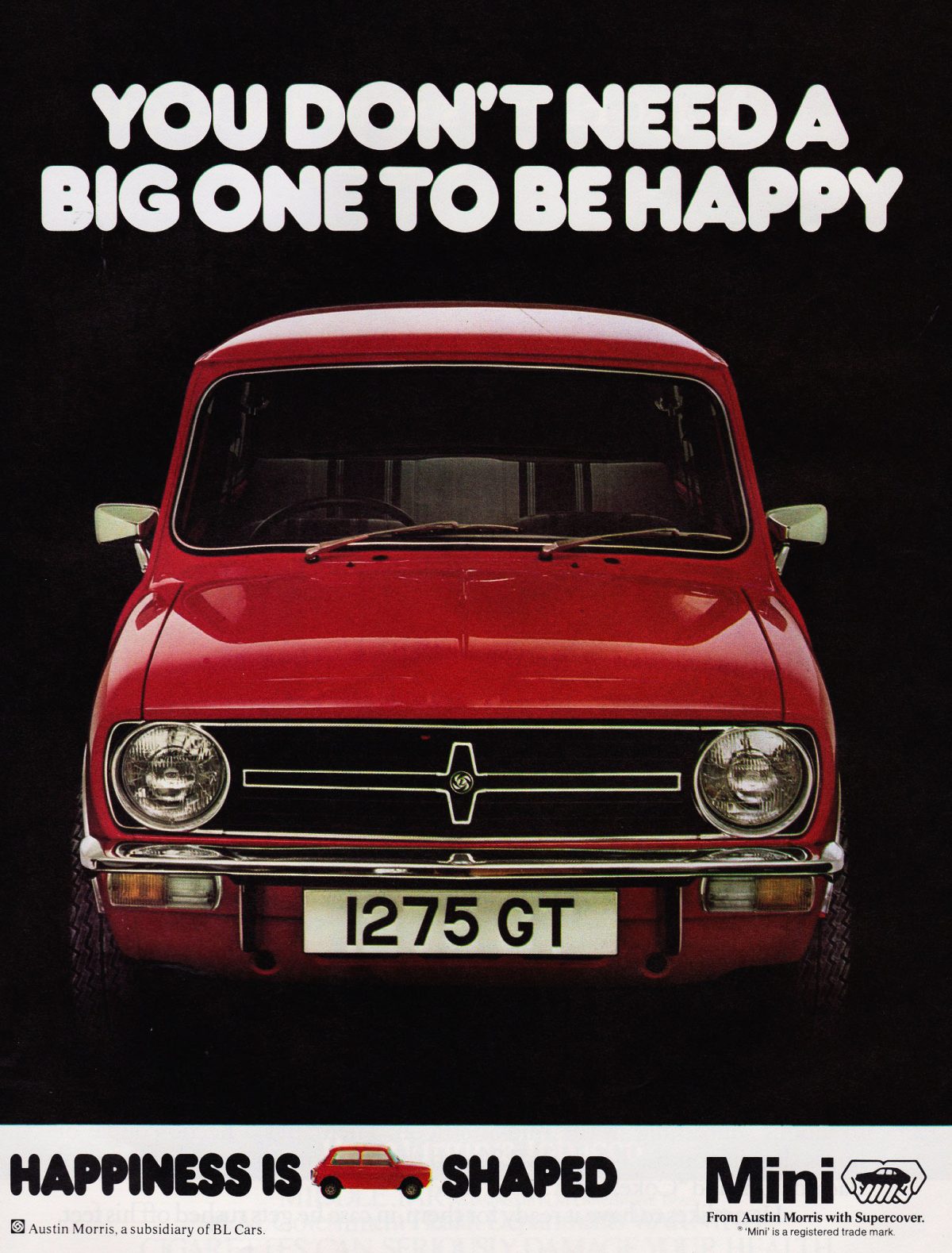 A little overcompensation at work, perhaps? The compact competition seemed to think so. Volkswagen responded with a cute ad about coupling and raising a “baby” Beetle. And the Cooper Mini assured potential buyers that “You don’t need a big one to be happy.” 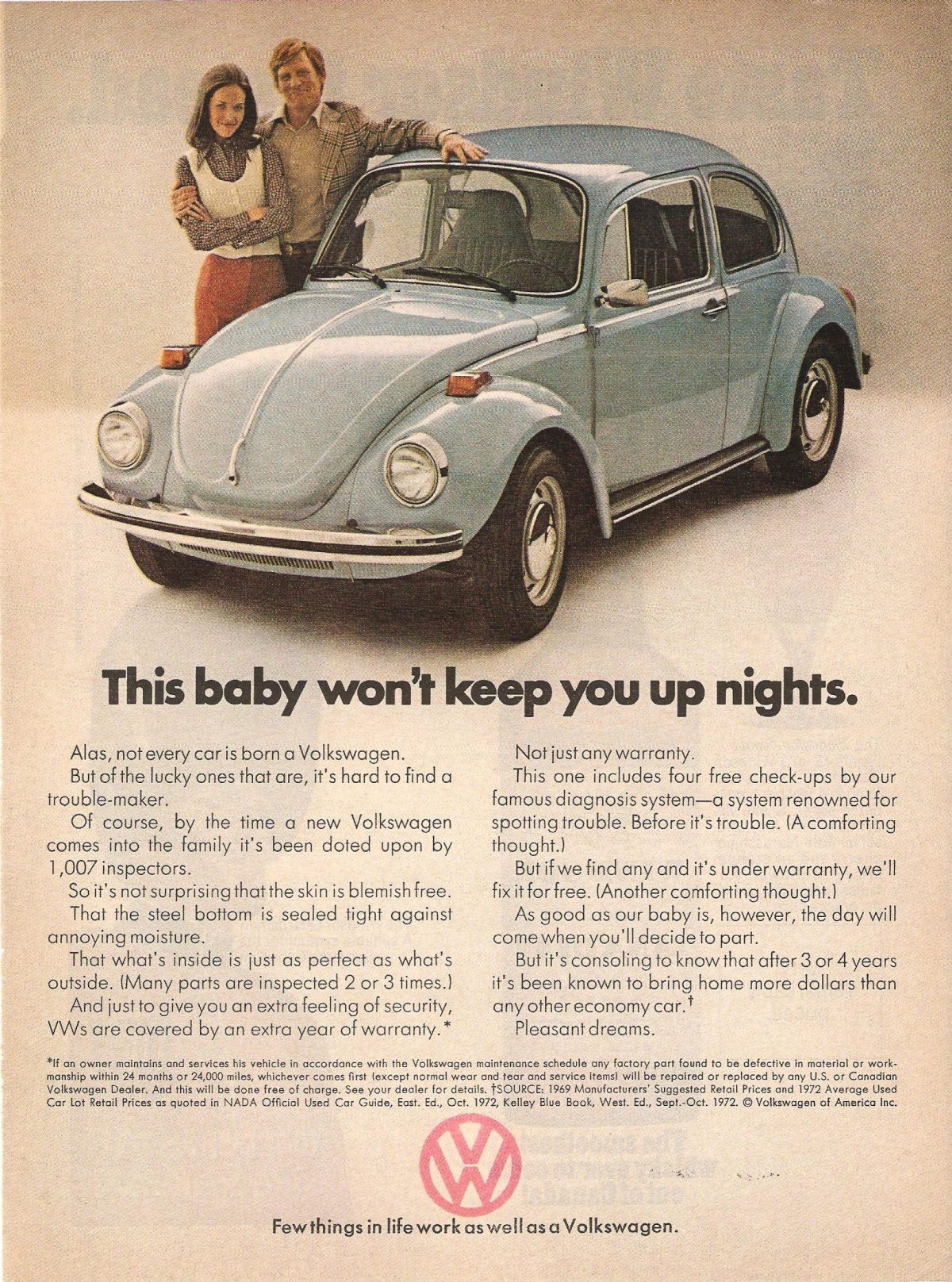 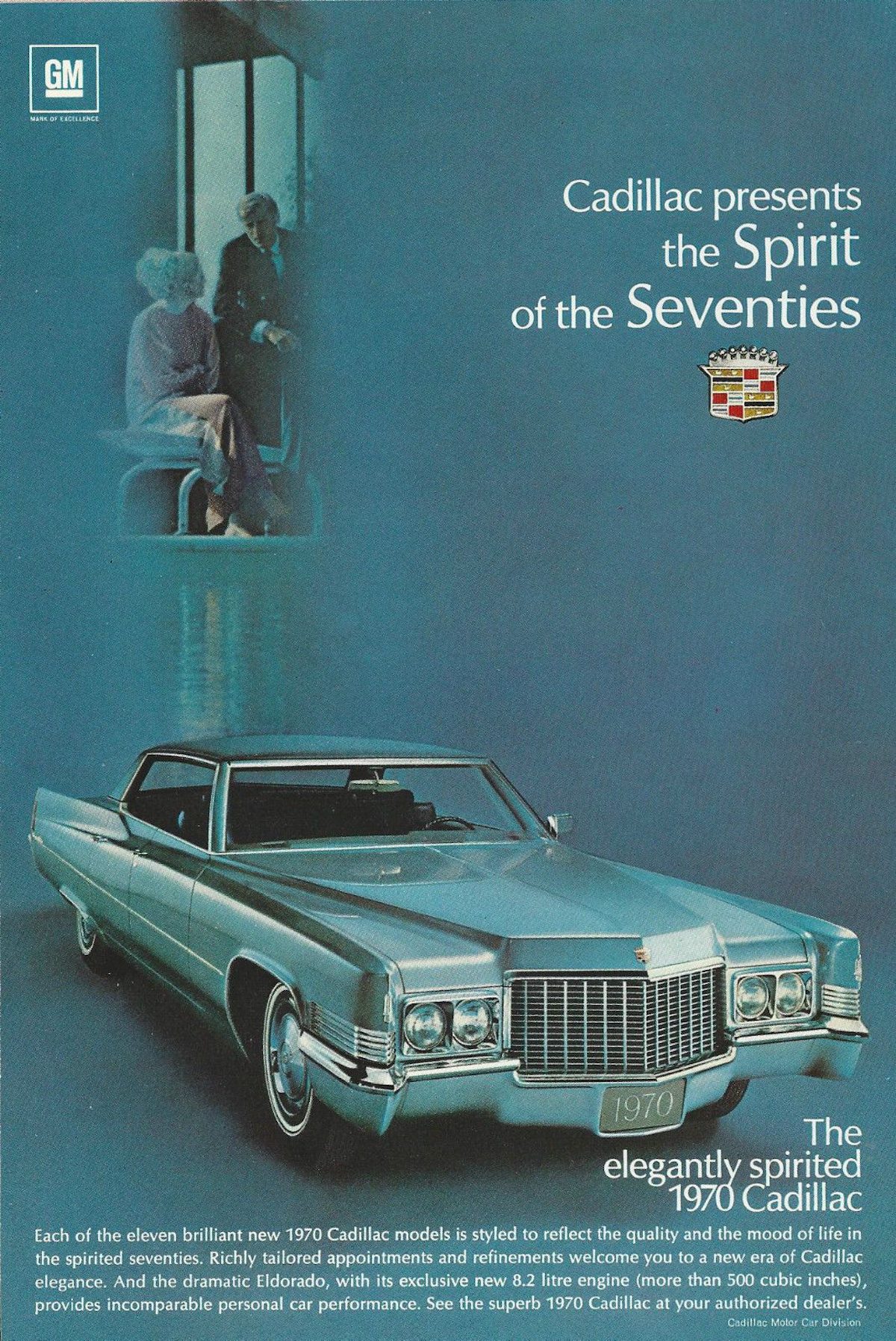 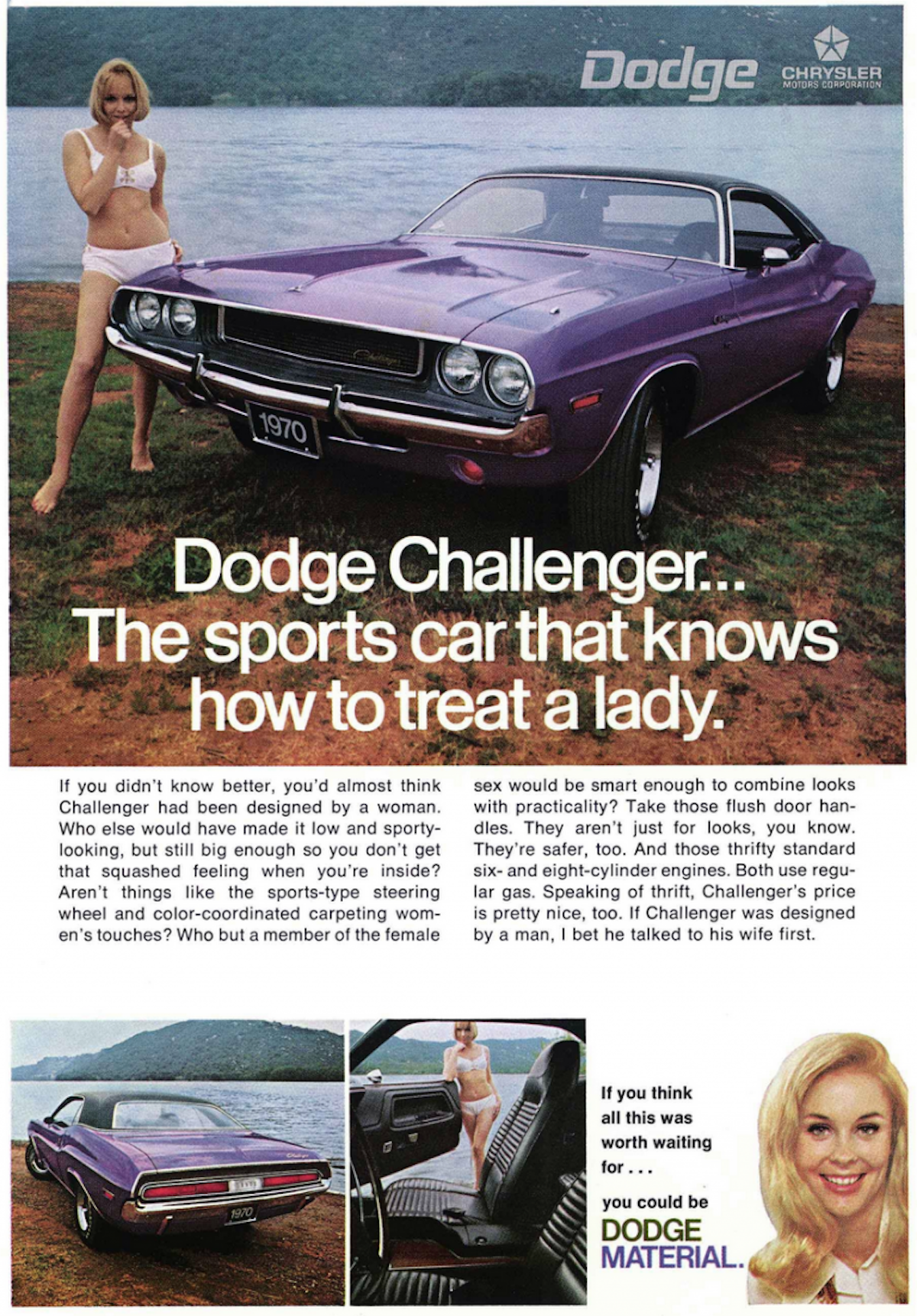 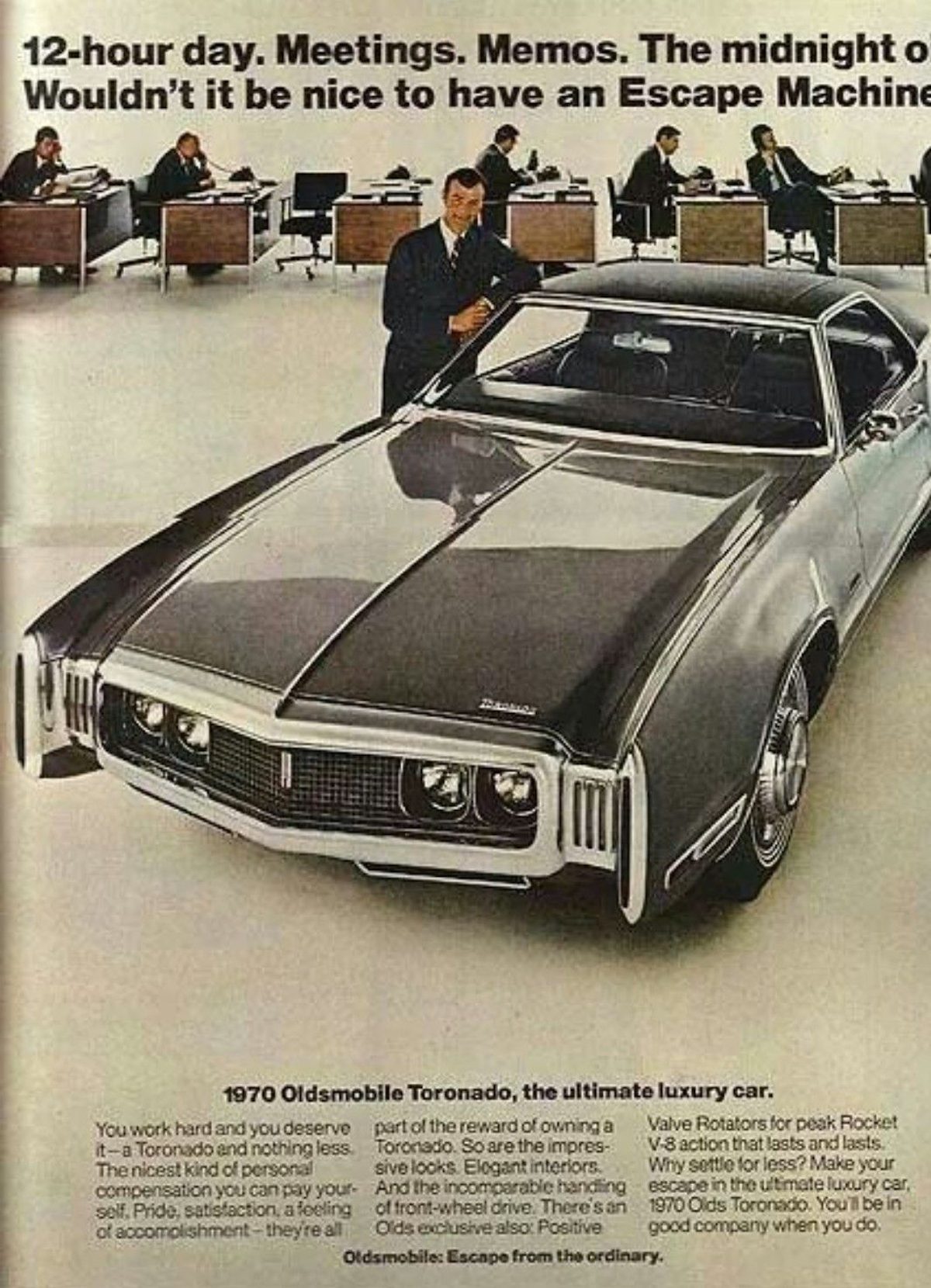 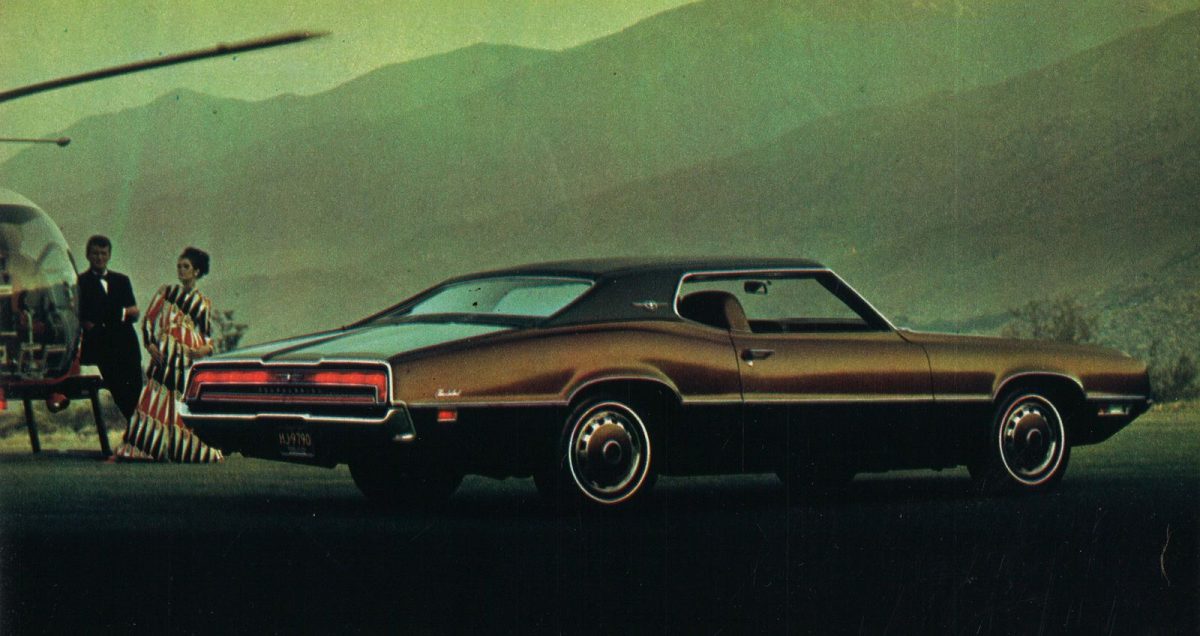 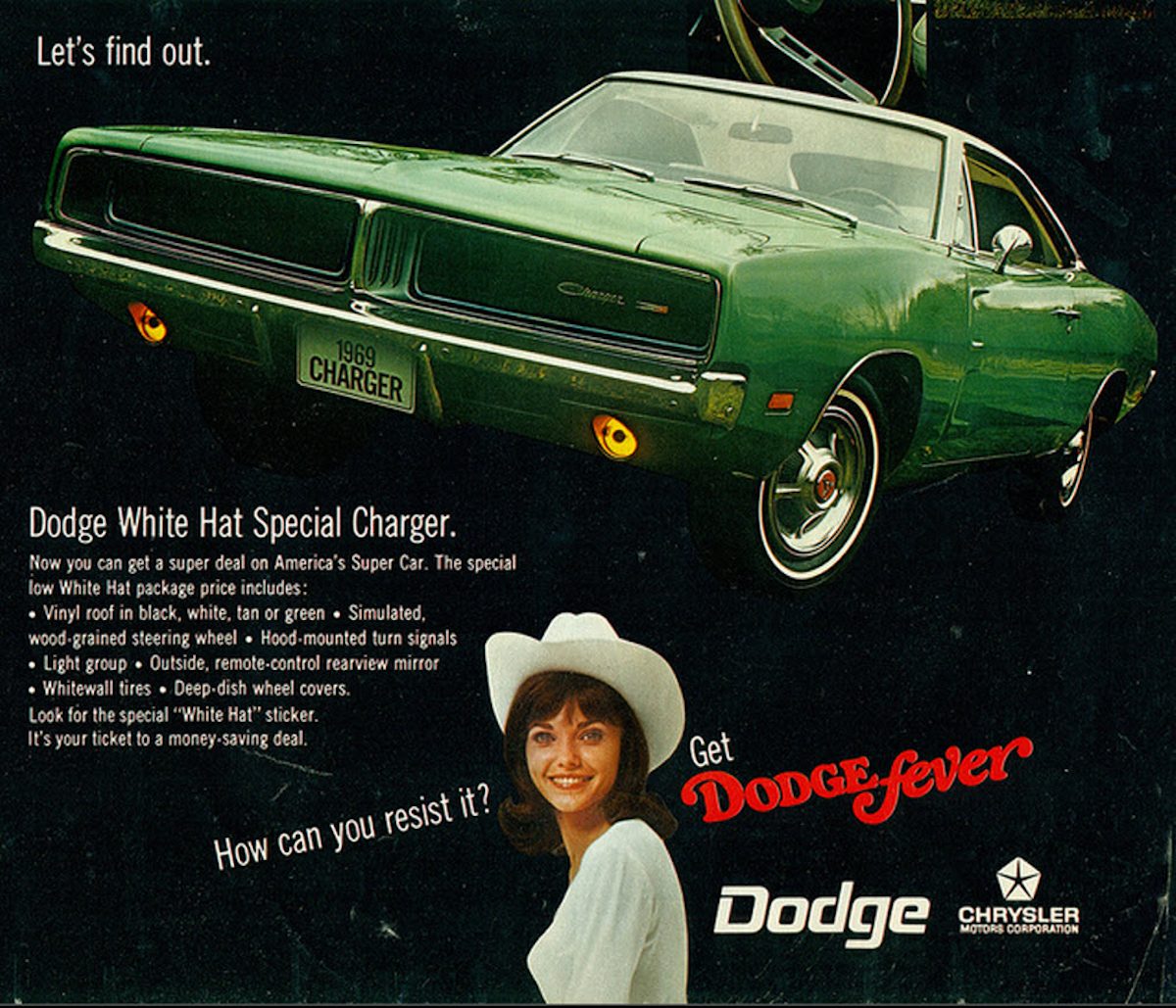 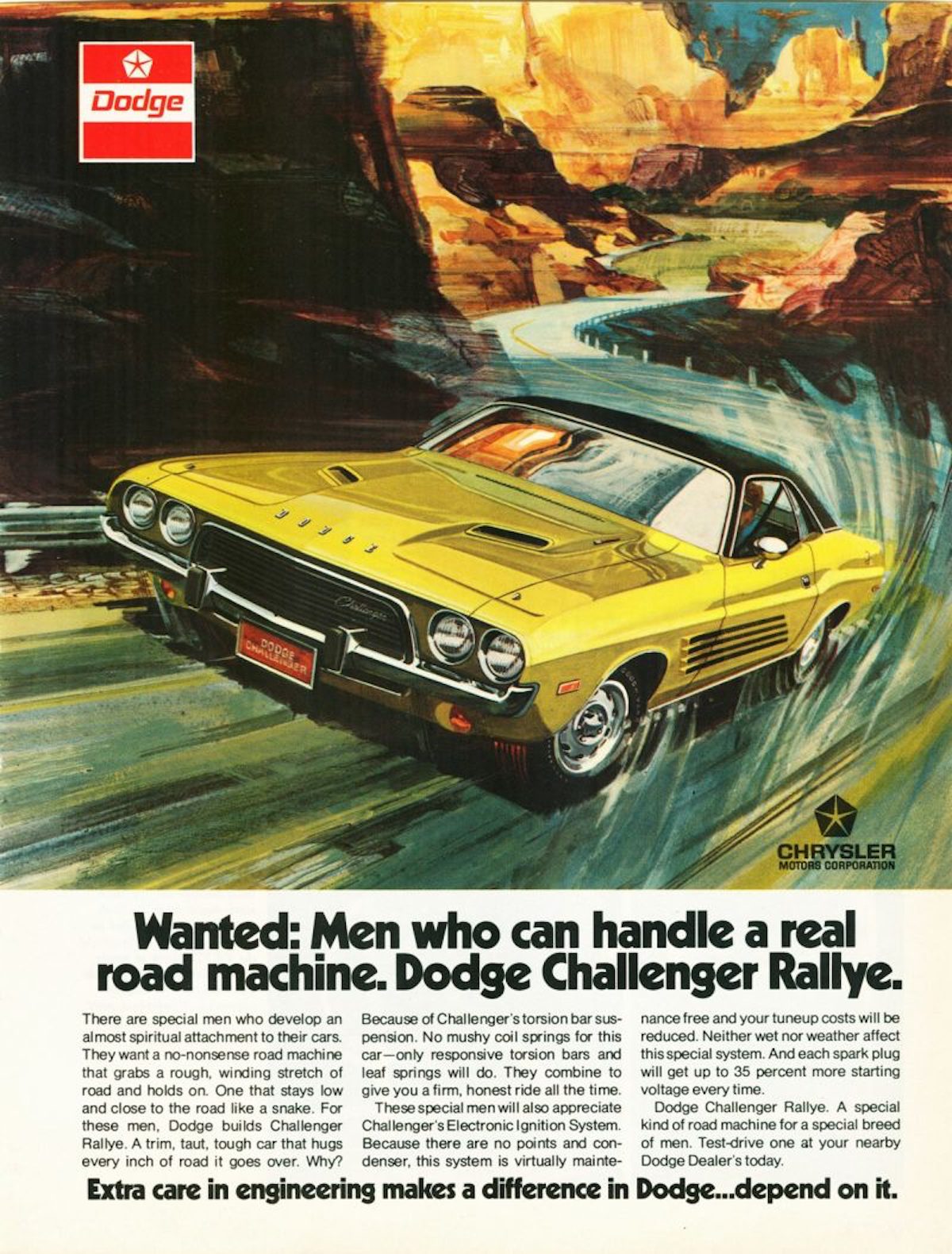 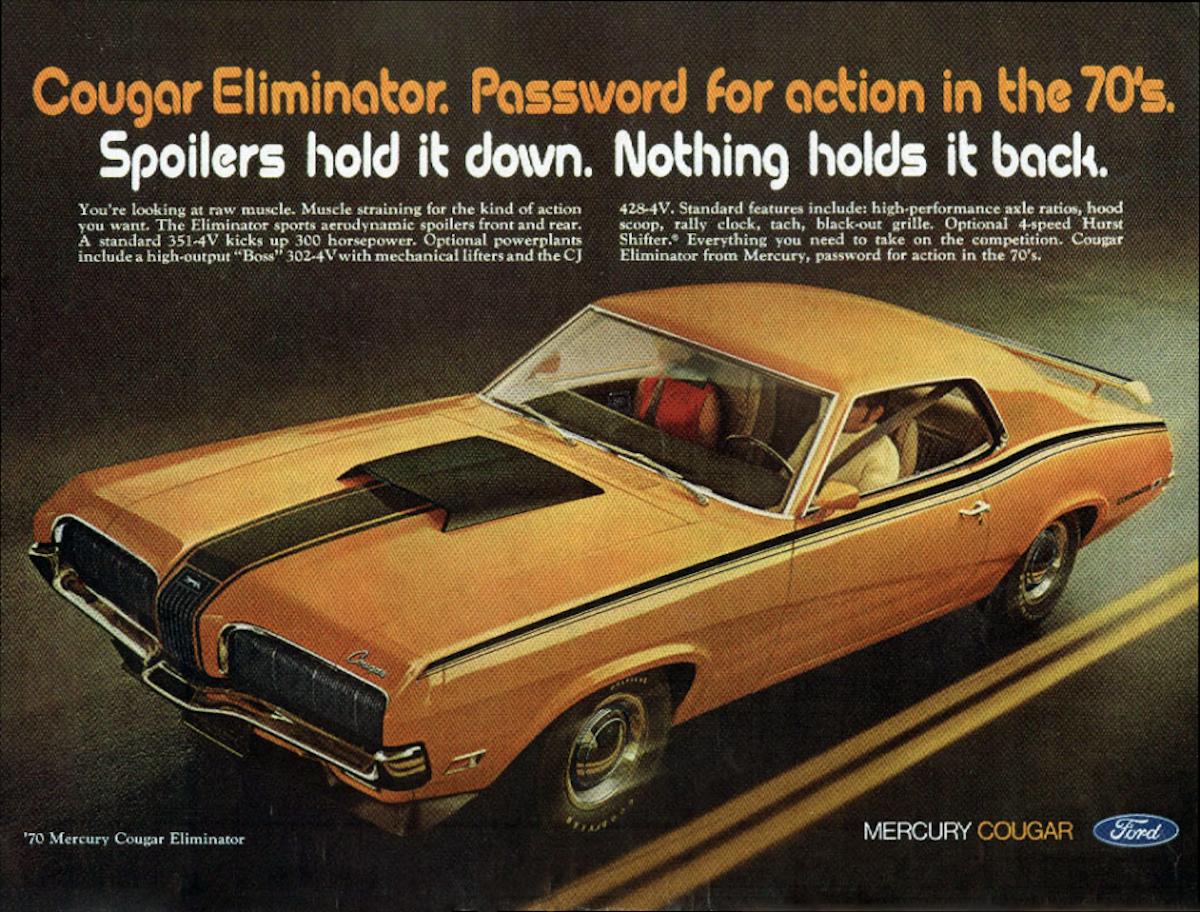 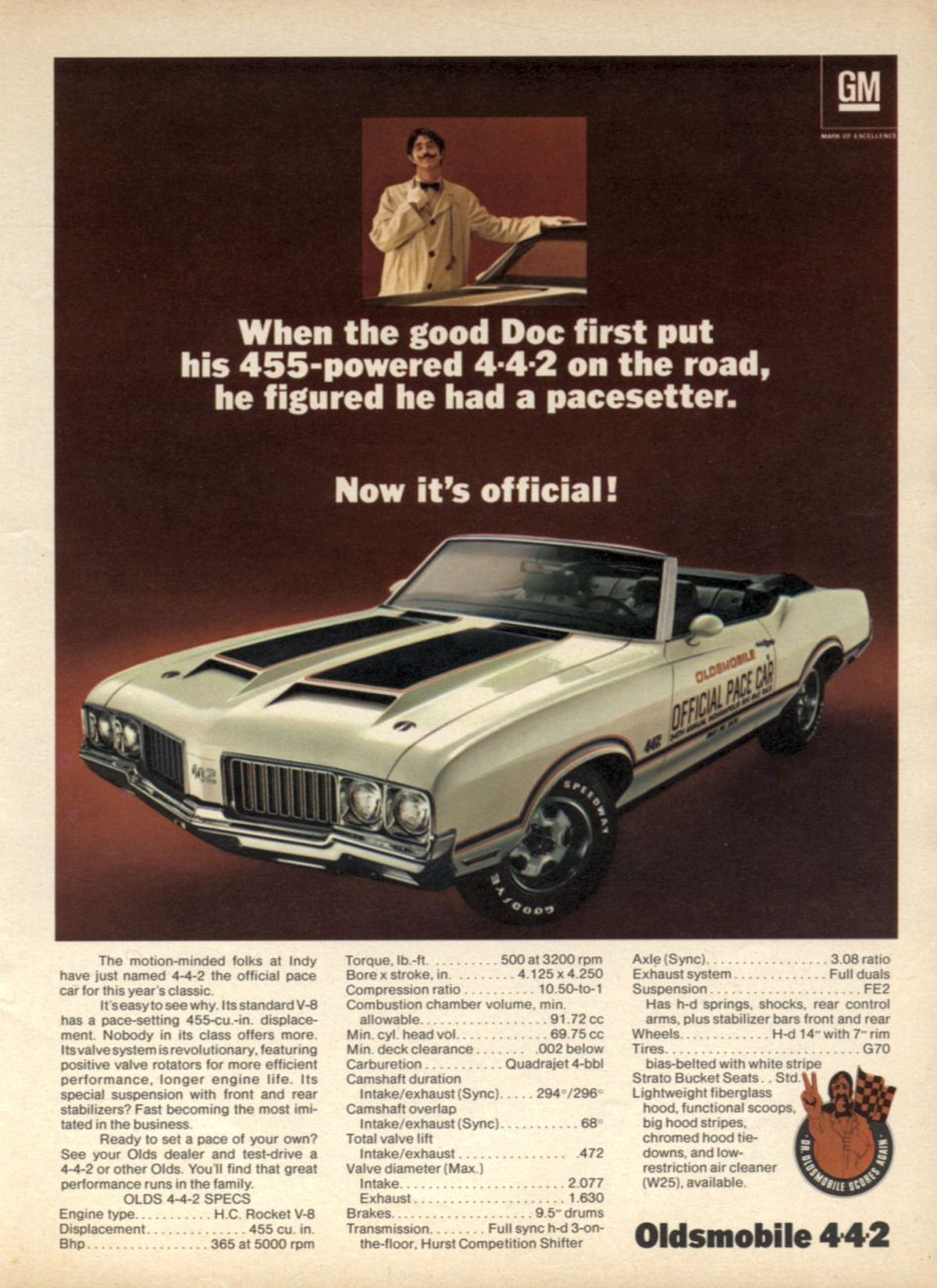 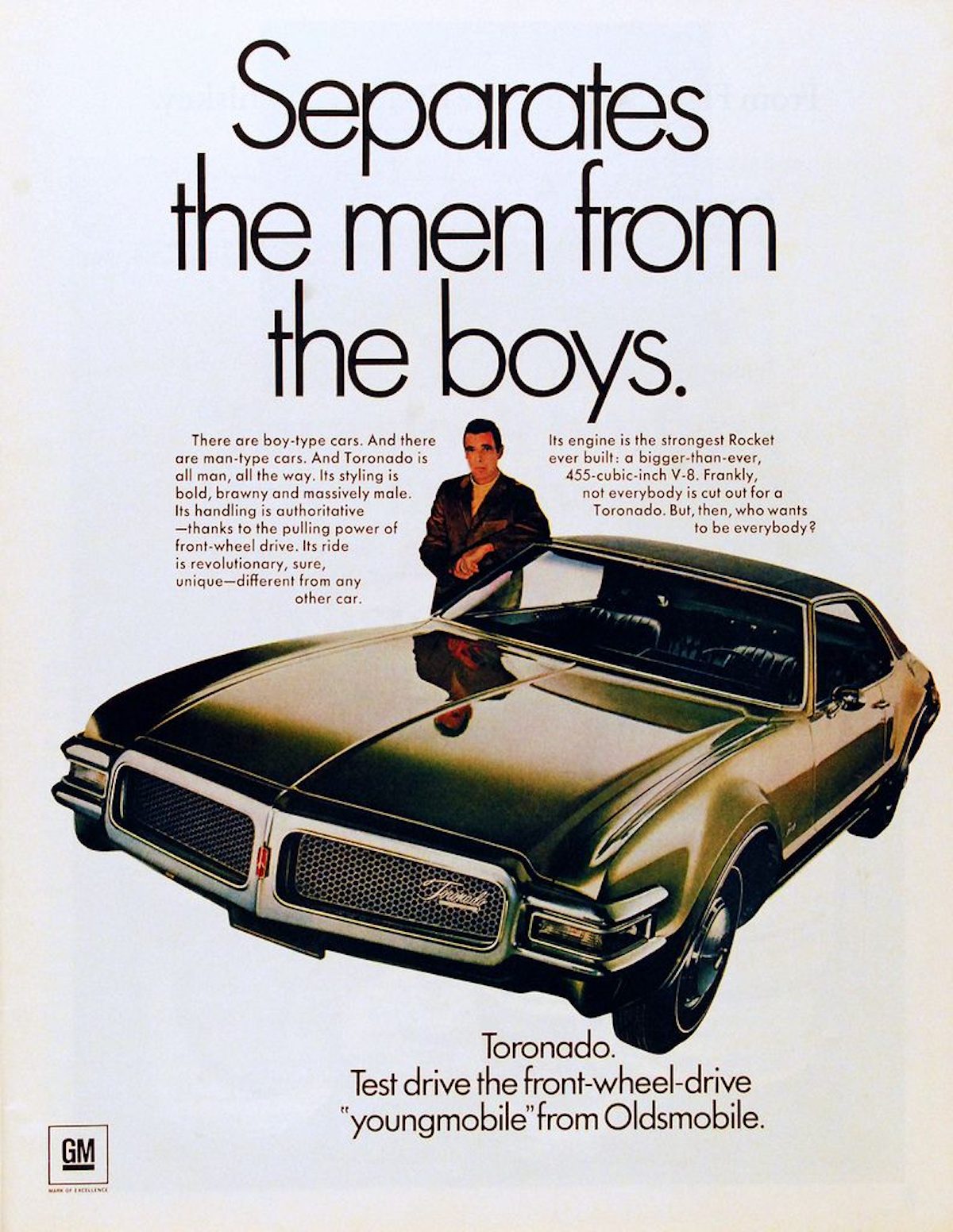 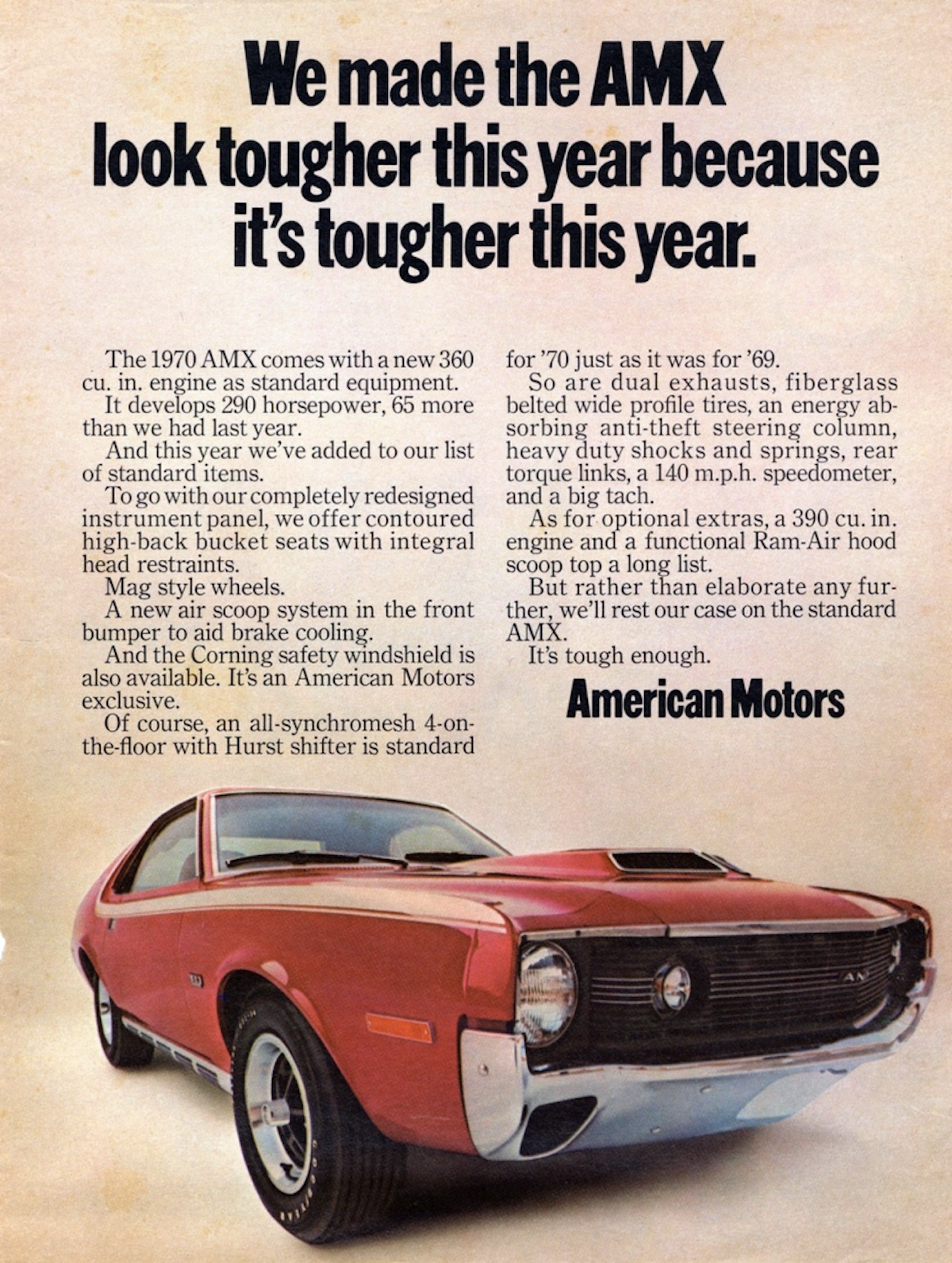 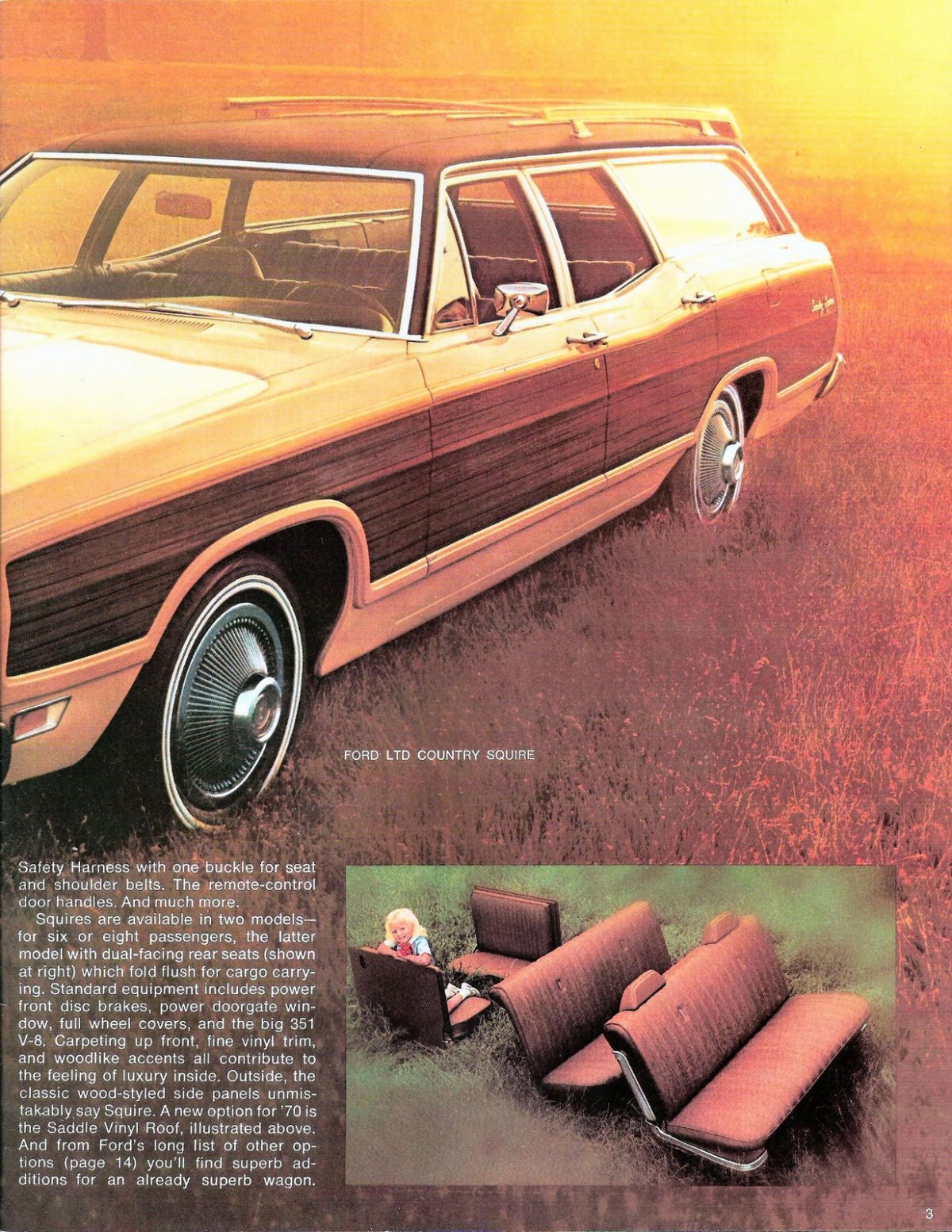