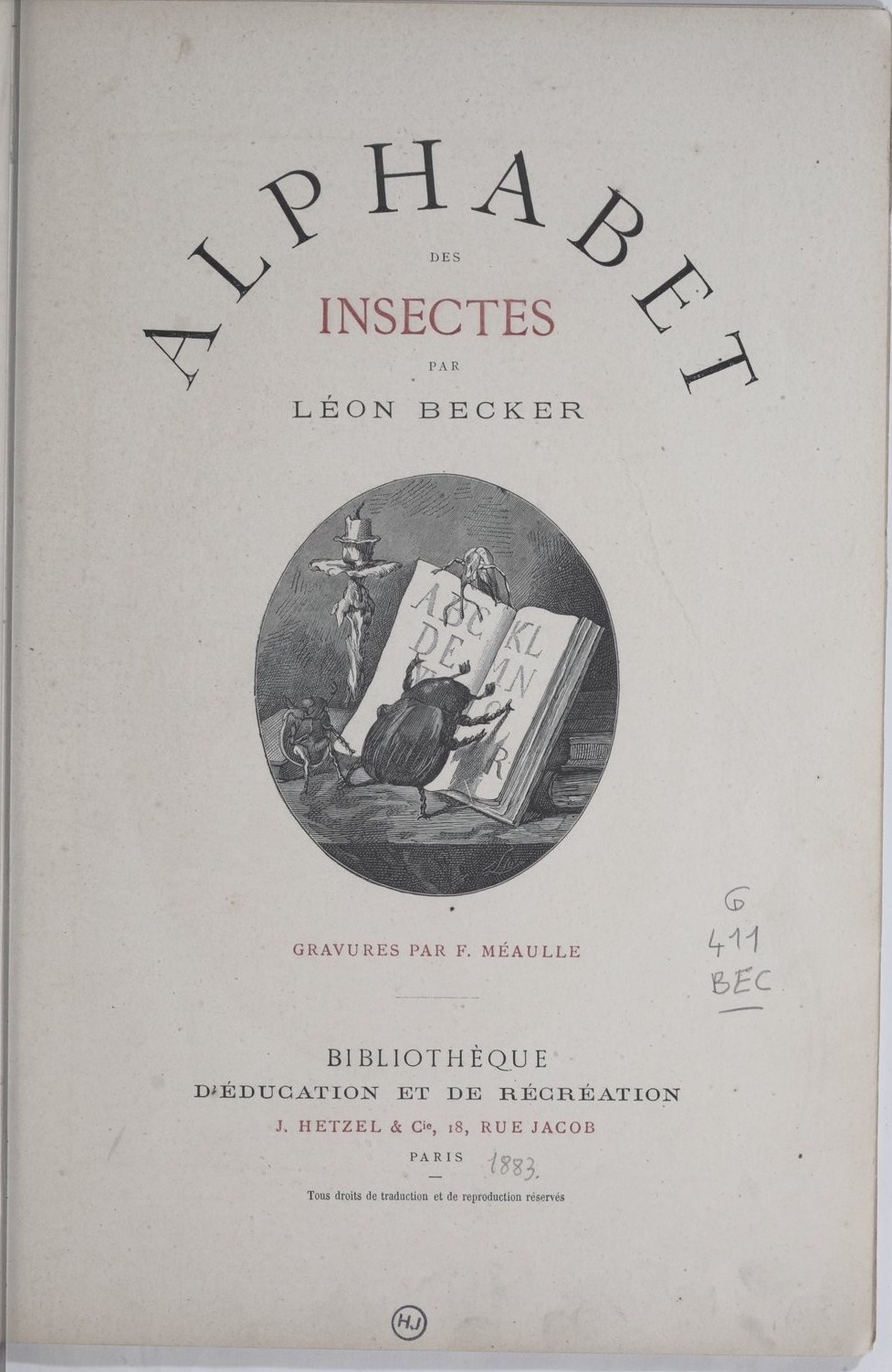 The Insect Alphabet (Alphabet des Insectes) 1883, features a series of engravings illustrating the letters A to Z by Belgian scientist Léon Becker and French artist Fortuné Méaulle (11 April 1844, Angers – May 1916).
A year earlier Becker (1826-1909) had published Arachnides de Belgique (Belgium’s Arachnis). But there are no spiders in his Insect Alphabet because it says here (looks down) spiders belong to the Class Arachnida and, as you know, that groups them with scorpions, mites, and ticks, not insects, like ants, beetles and butterflies – something probably moot to the unpleasant Tommy Tip Top, but matters if you’re producing a lovely educational book on insects teaching readers the alphabet. 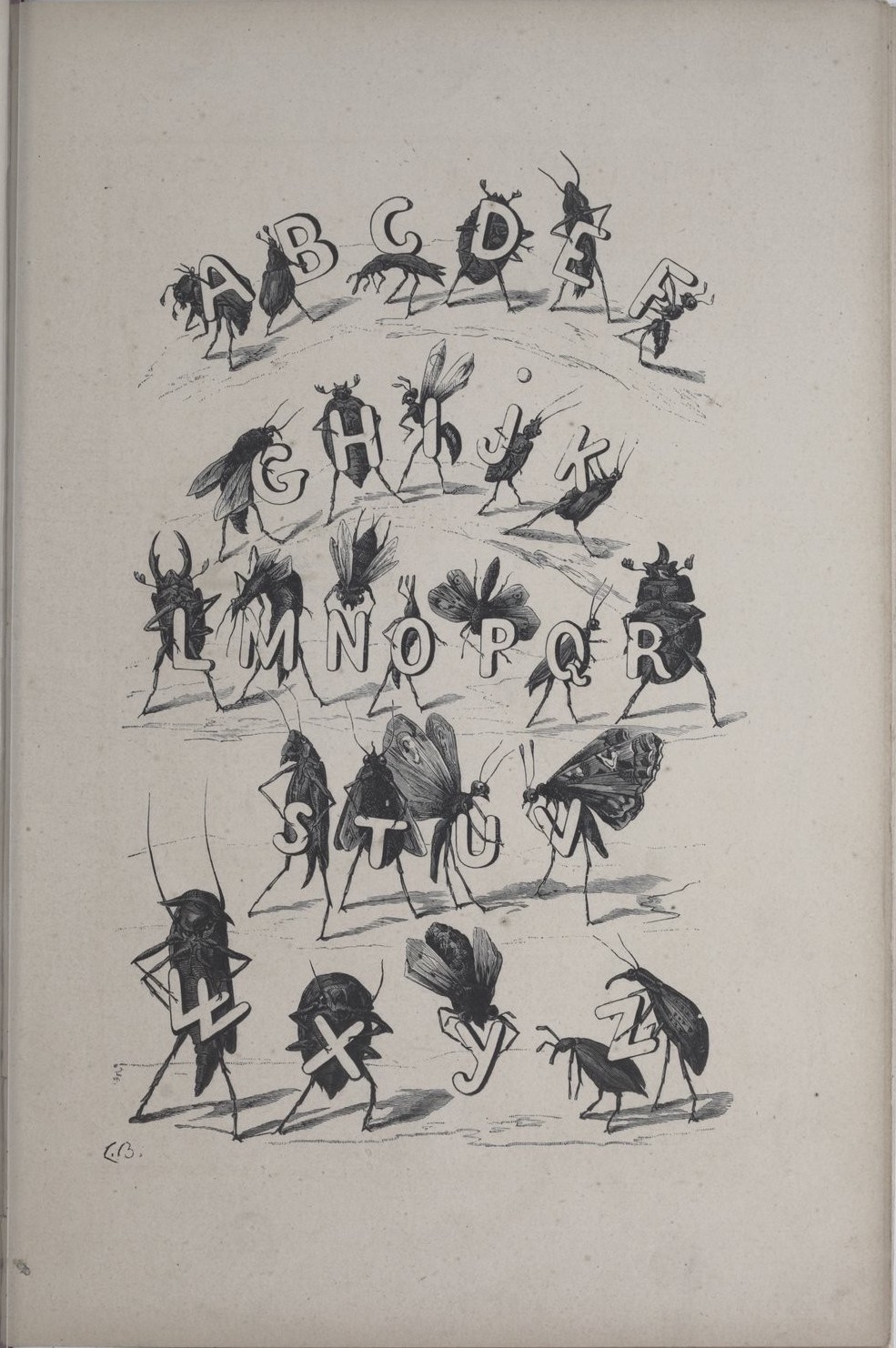 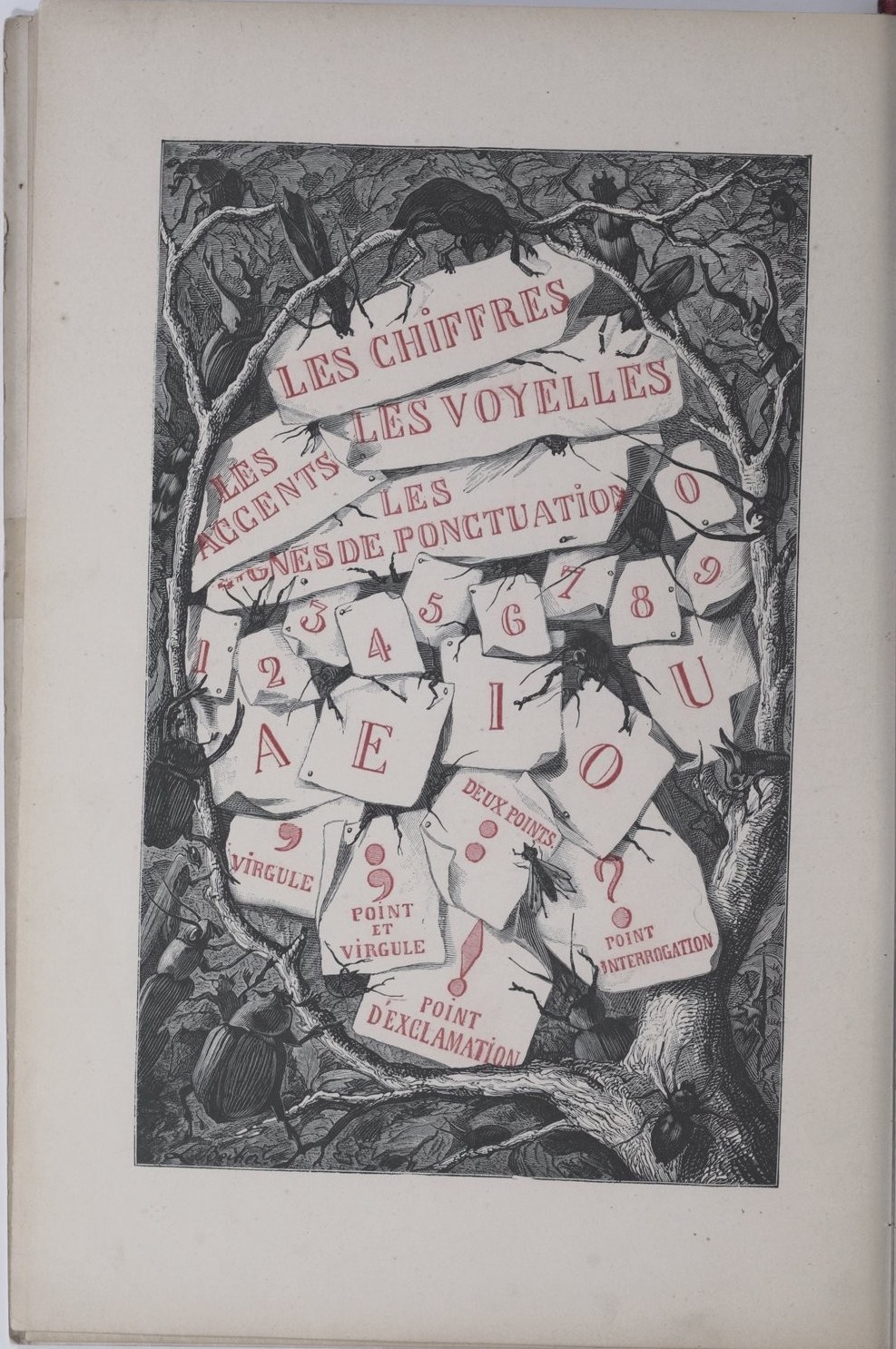 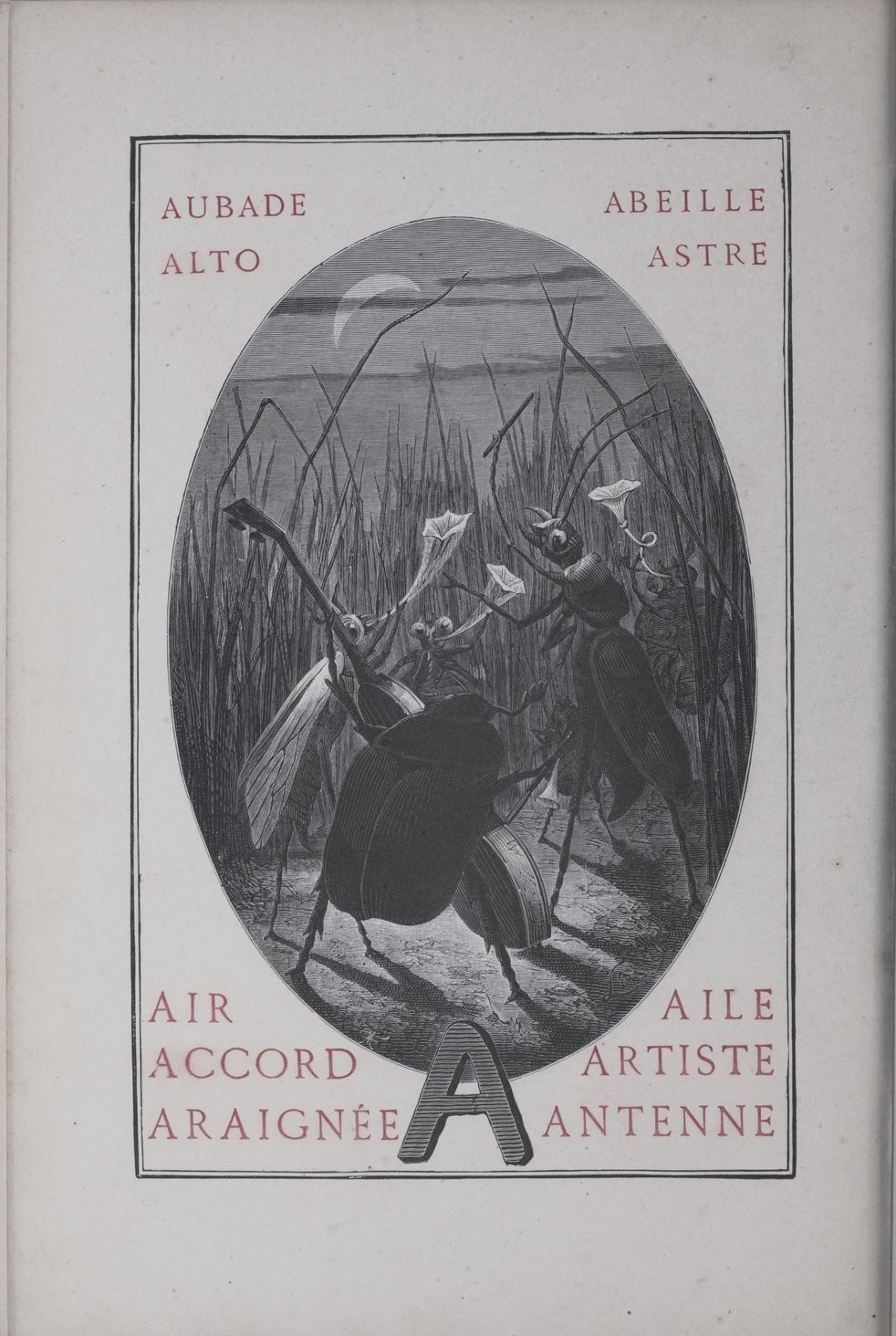 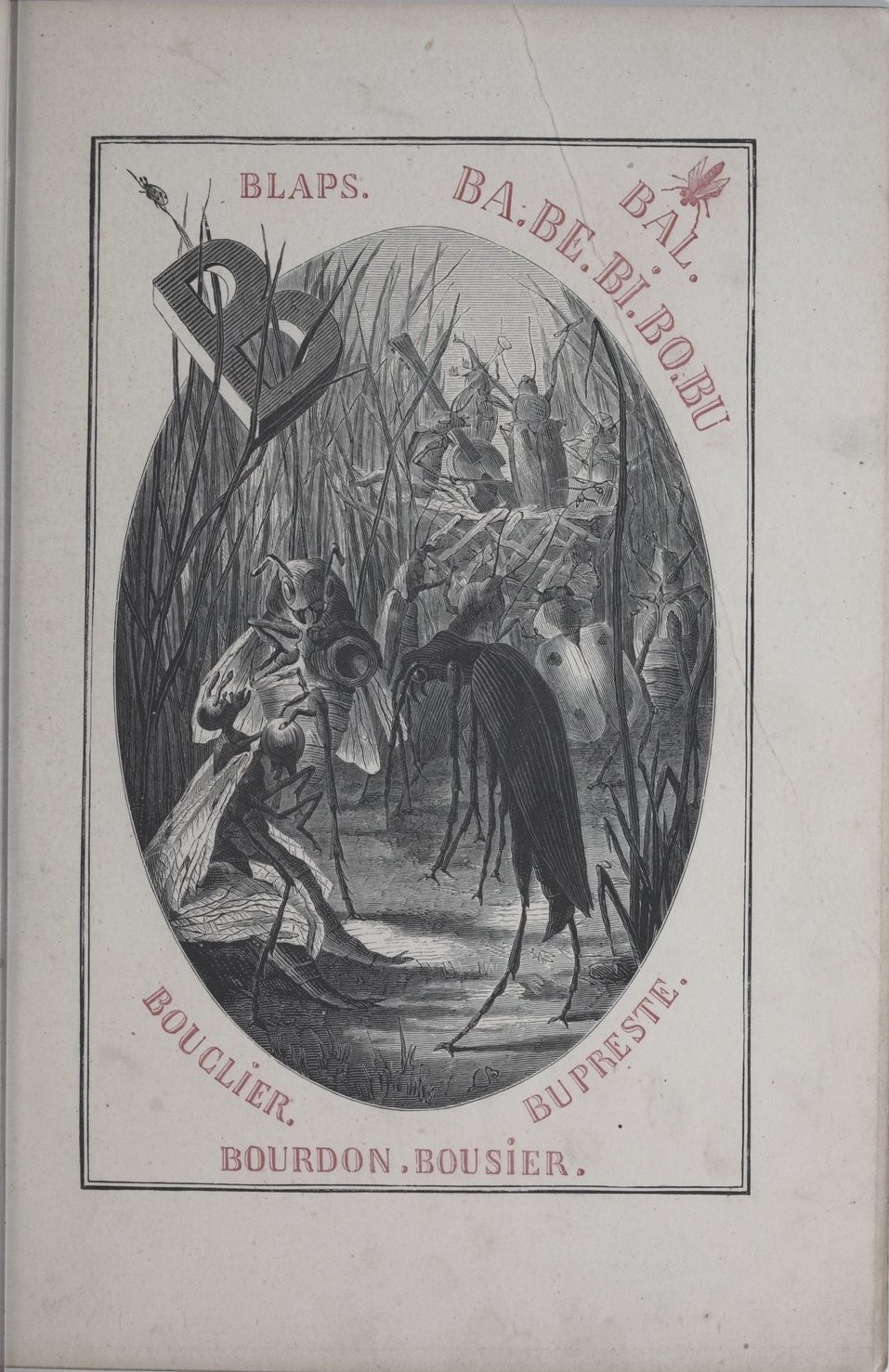 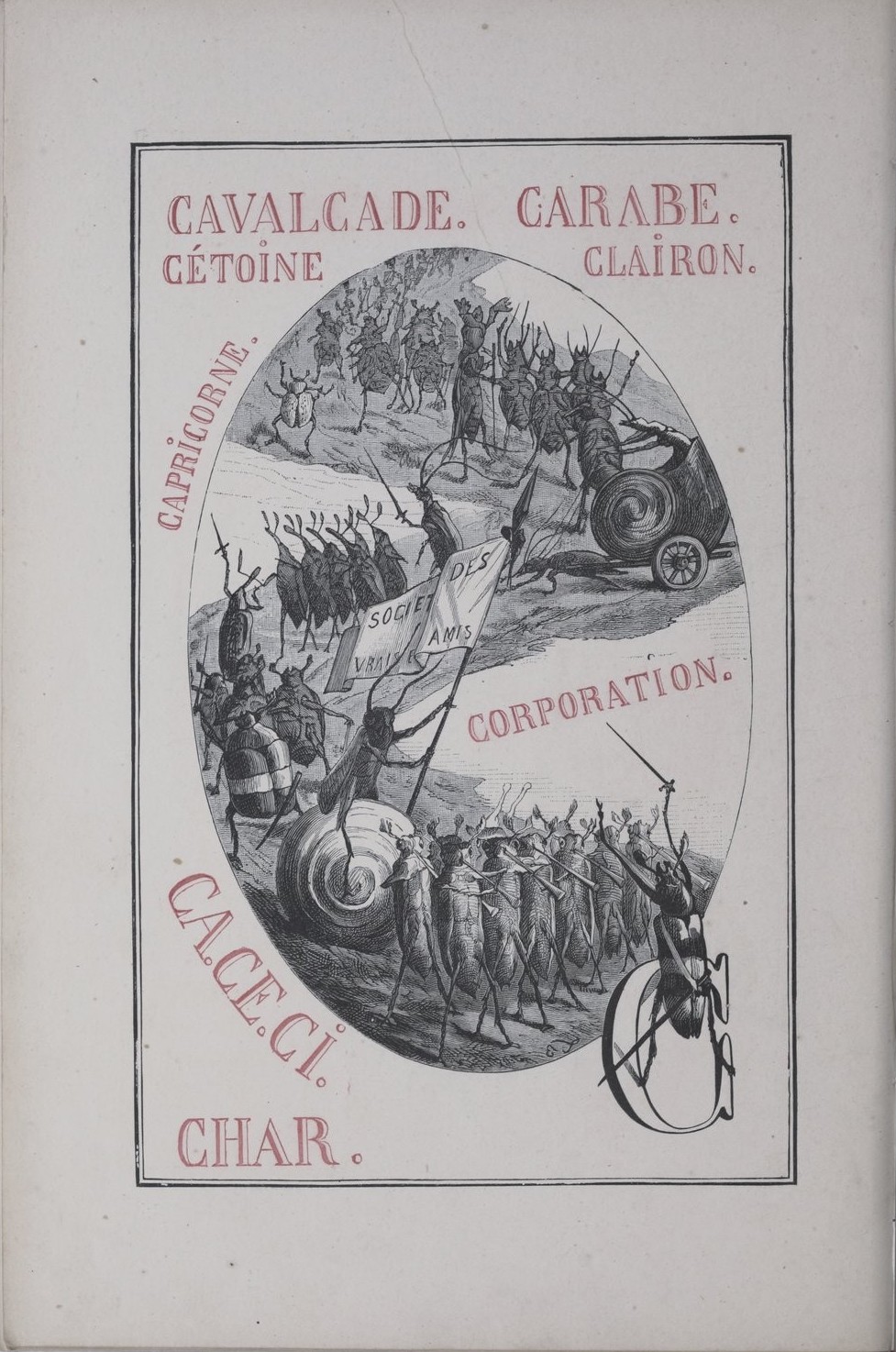 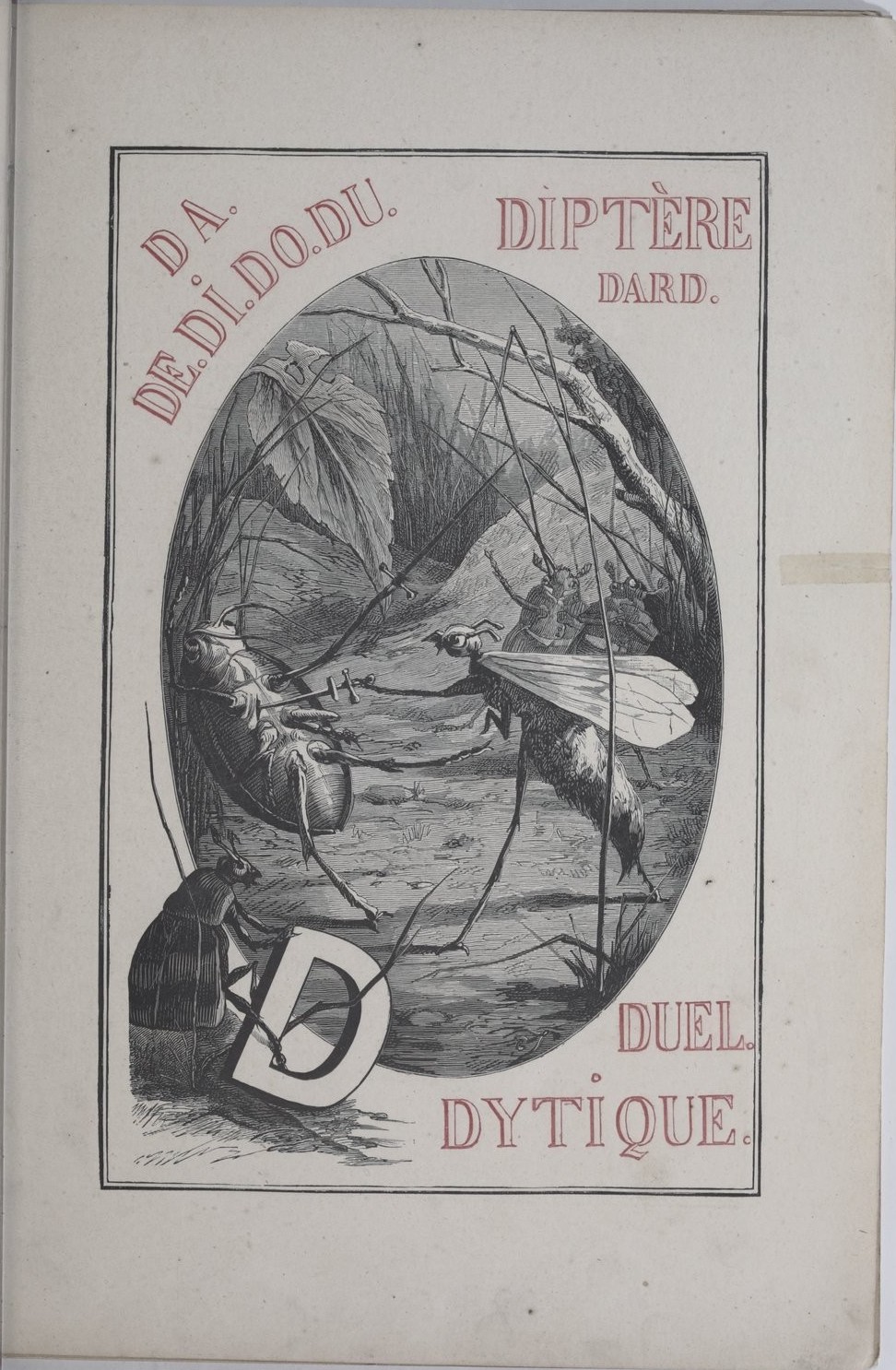 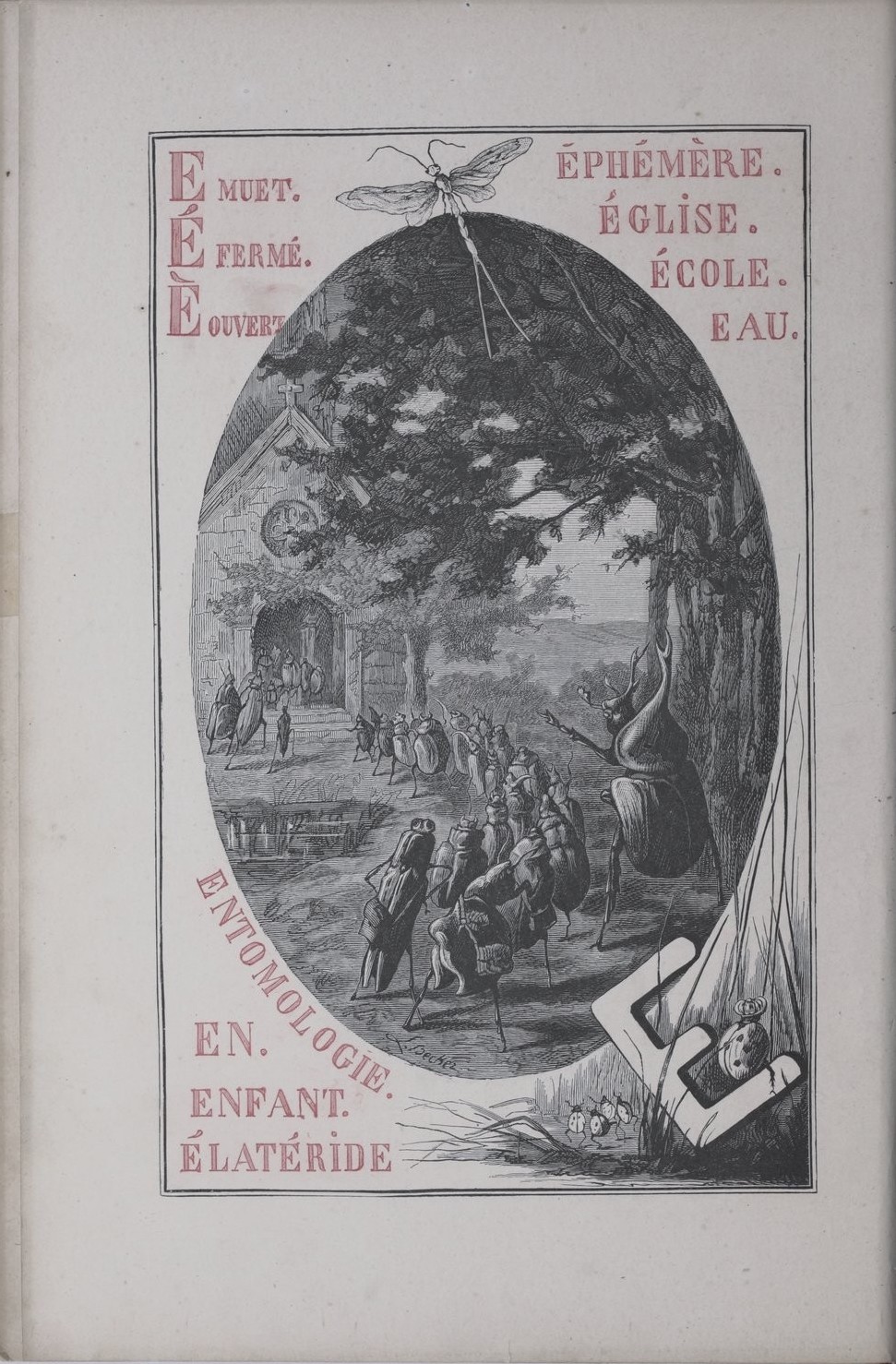 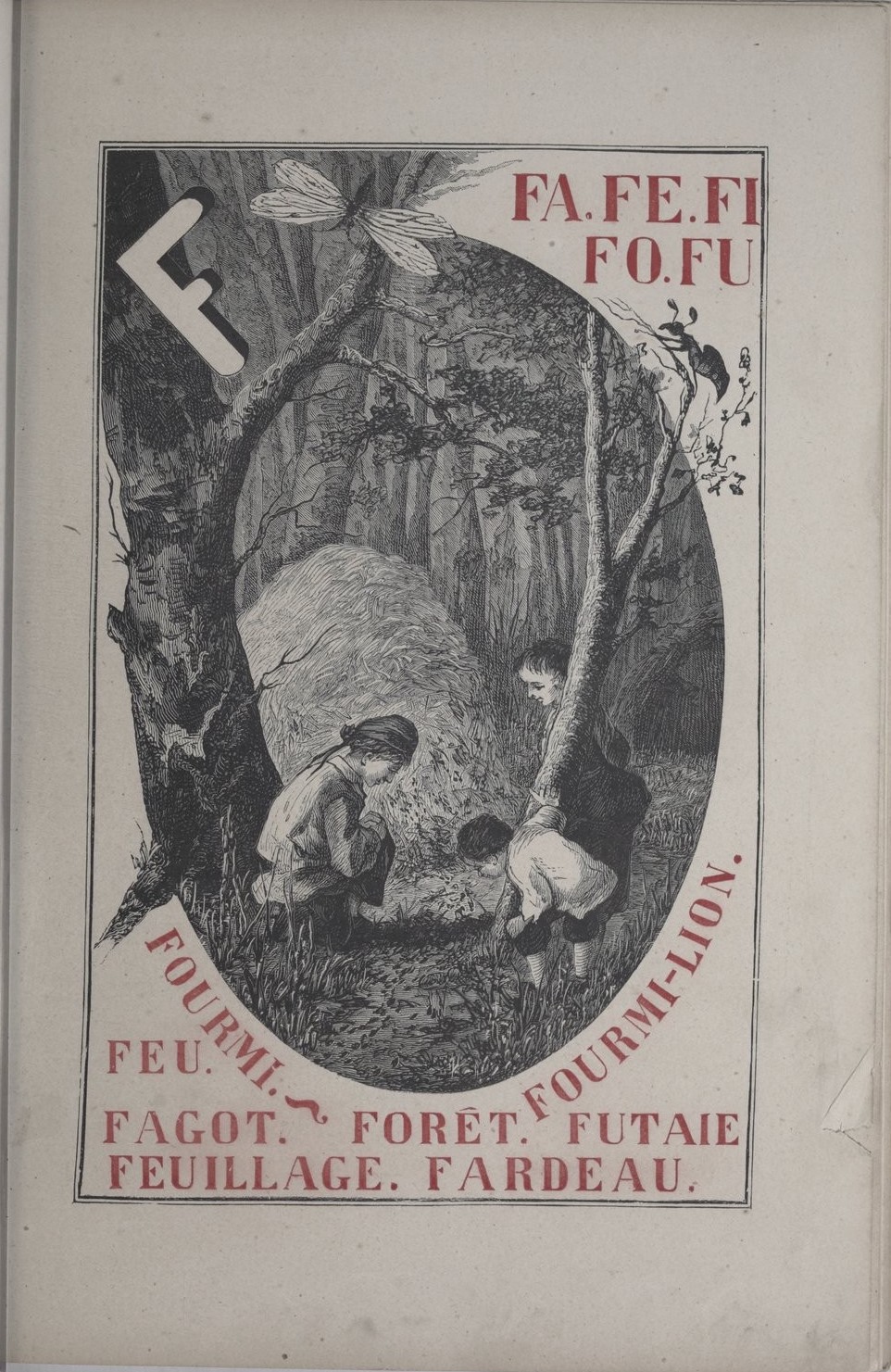 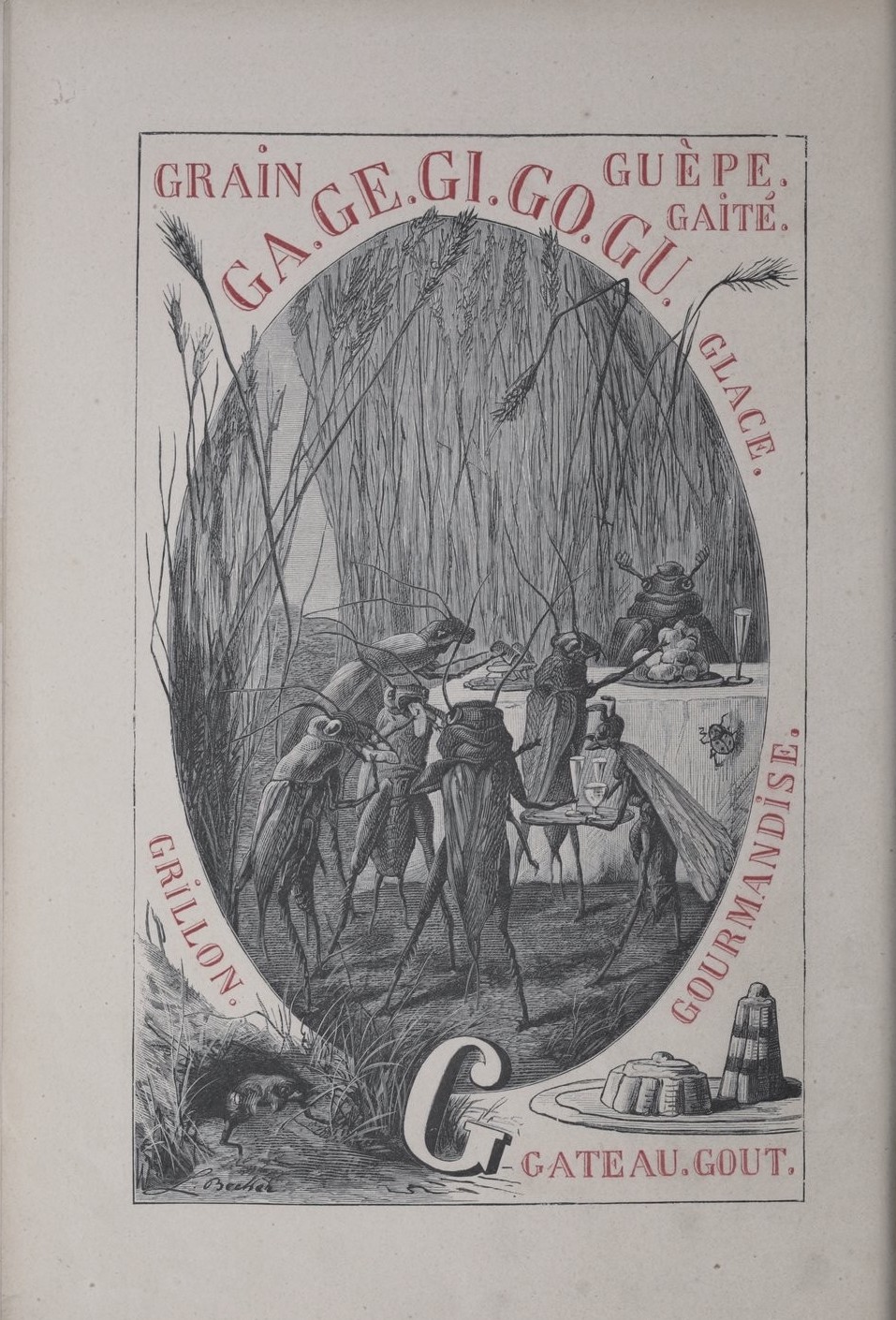 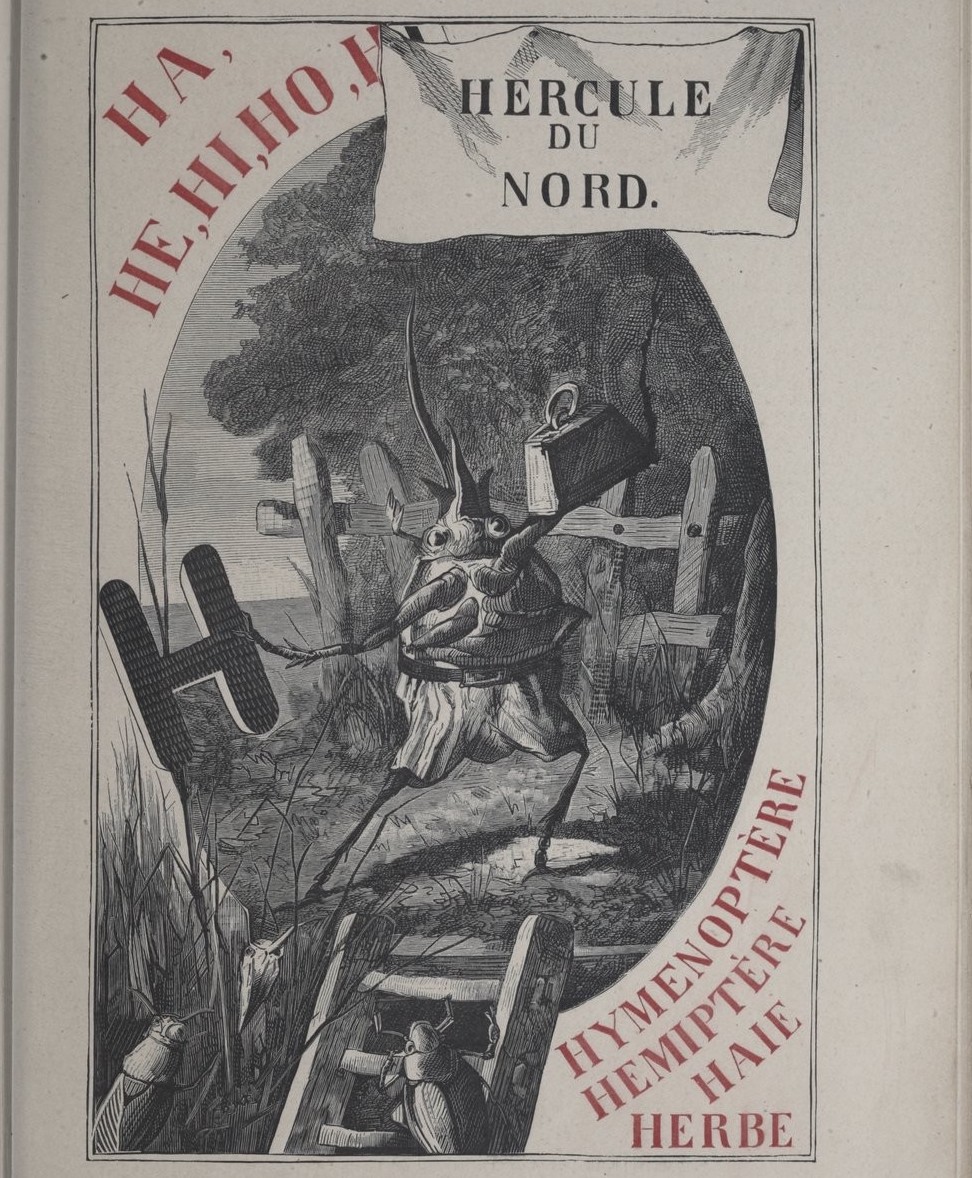 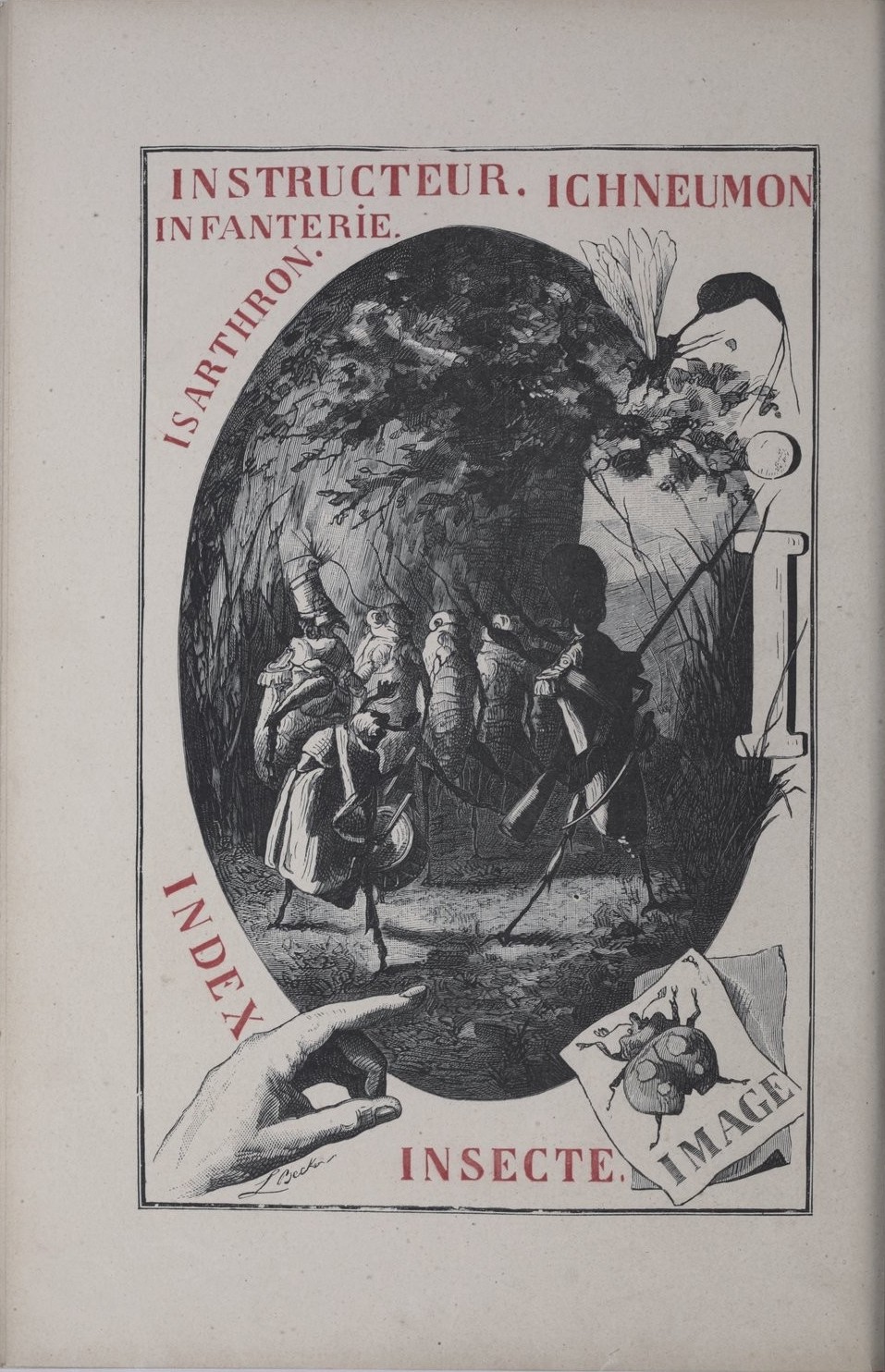 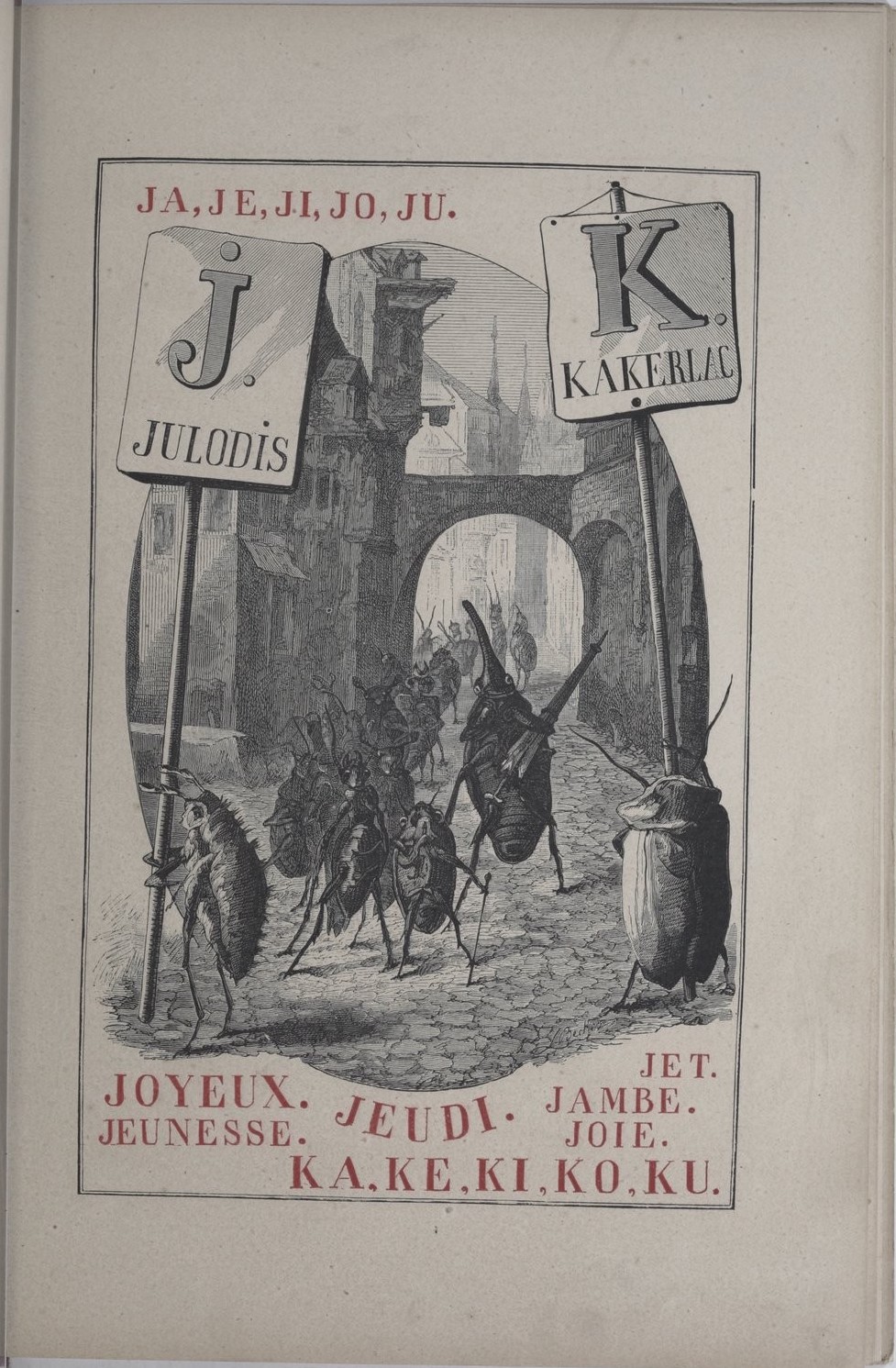 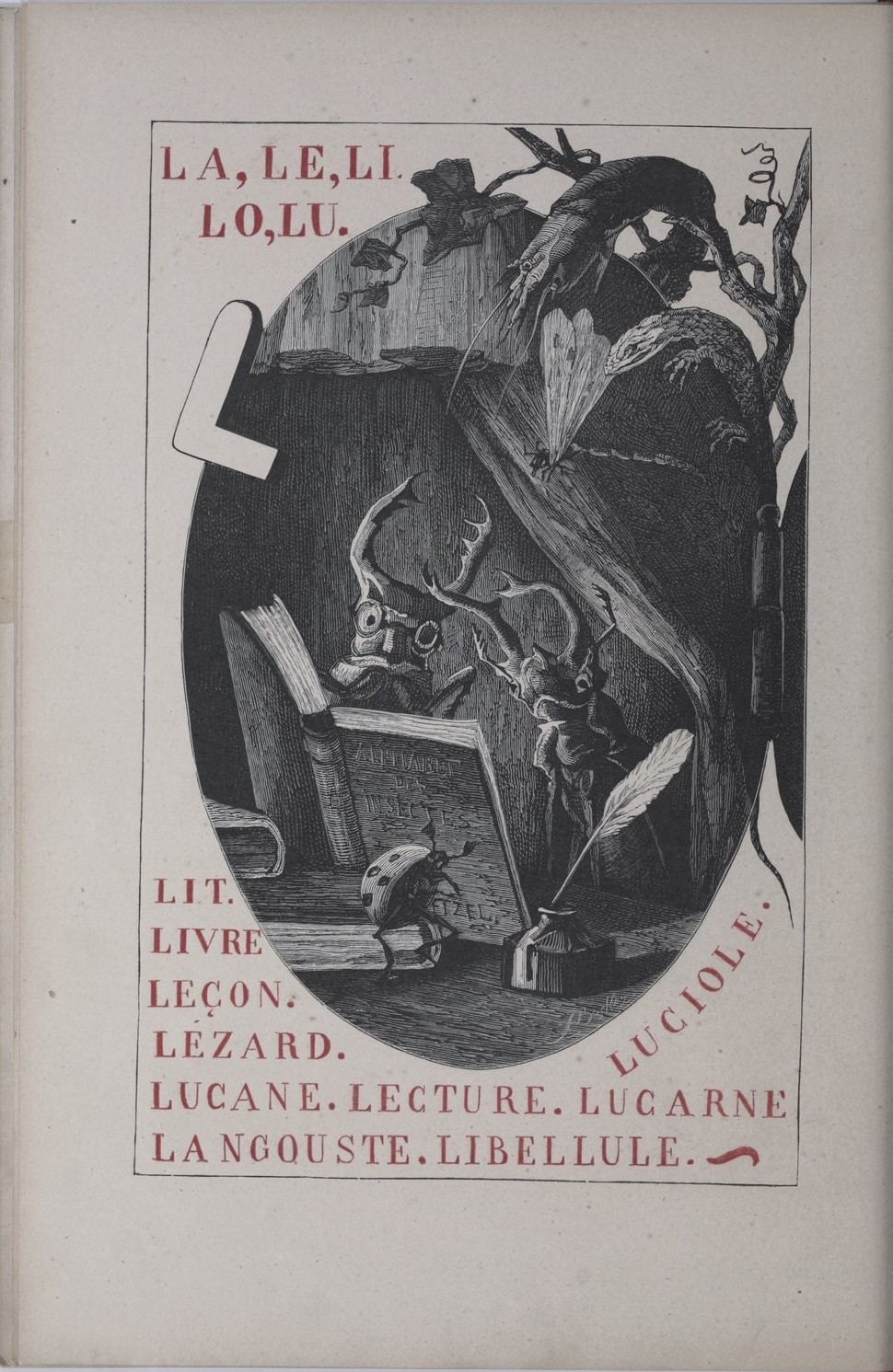 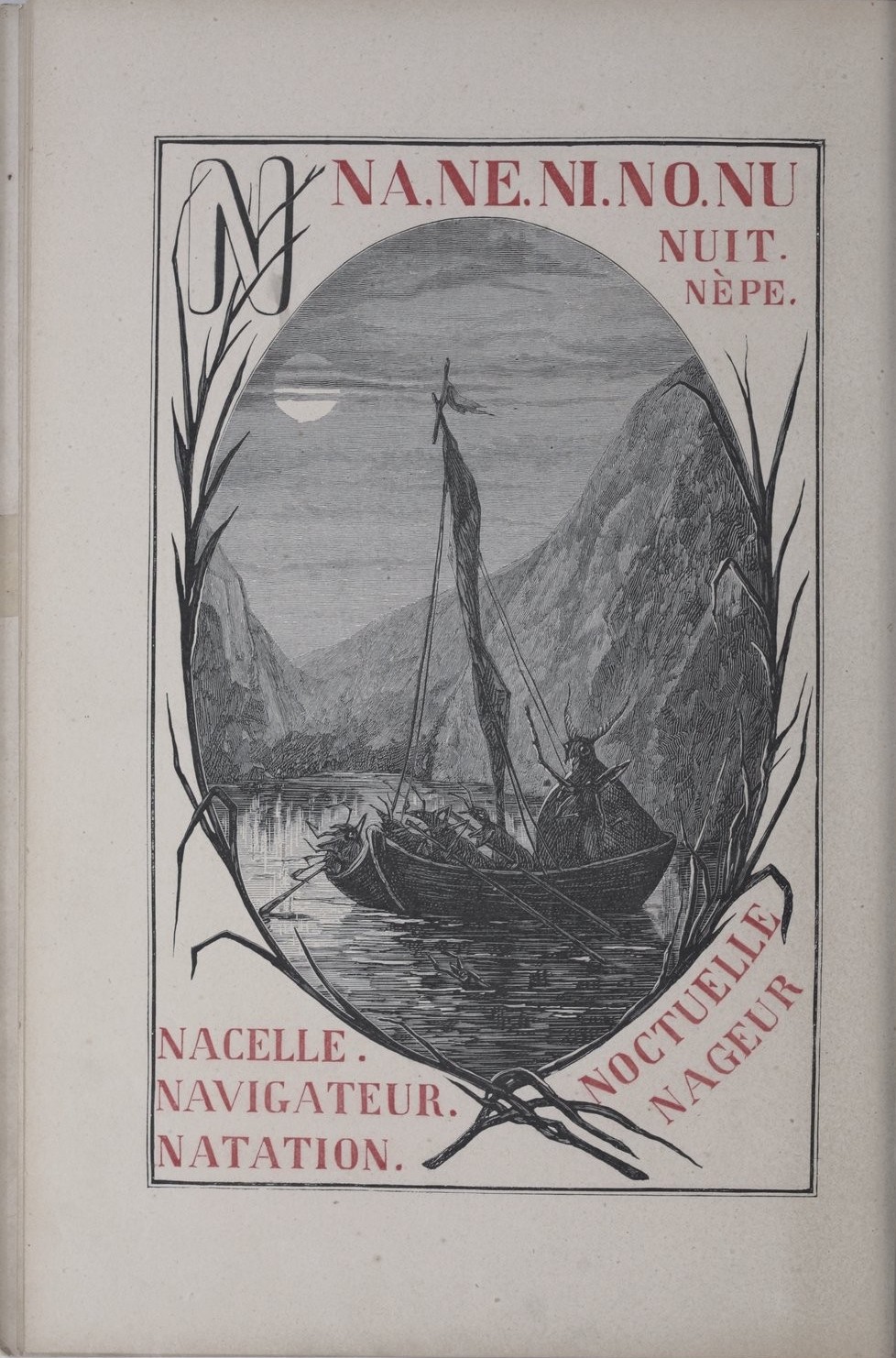 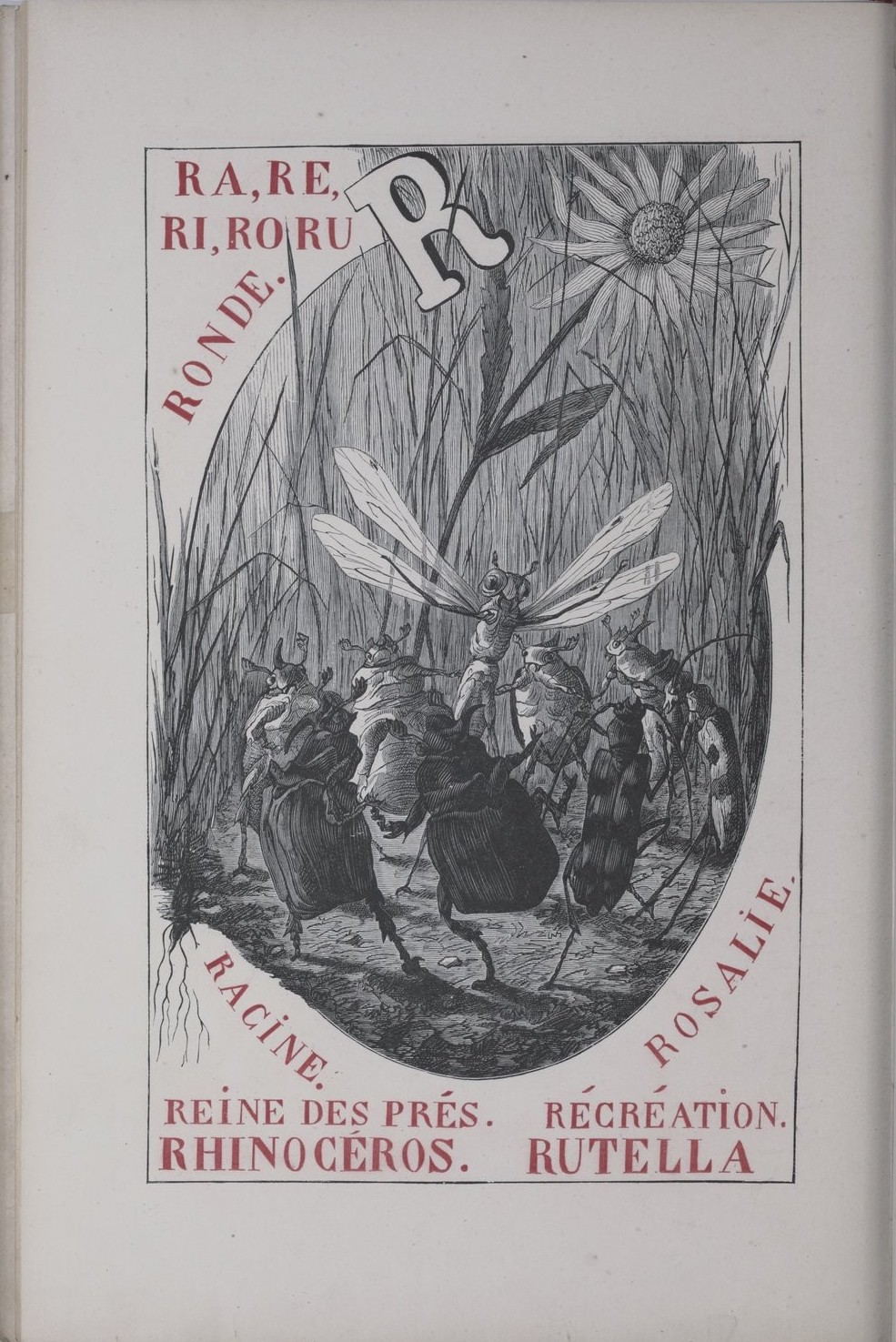 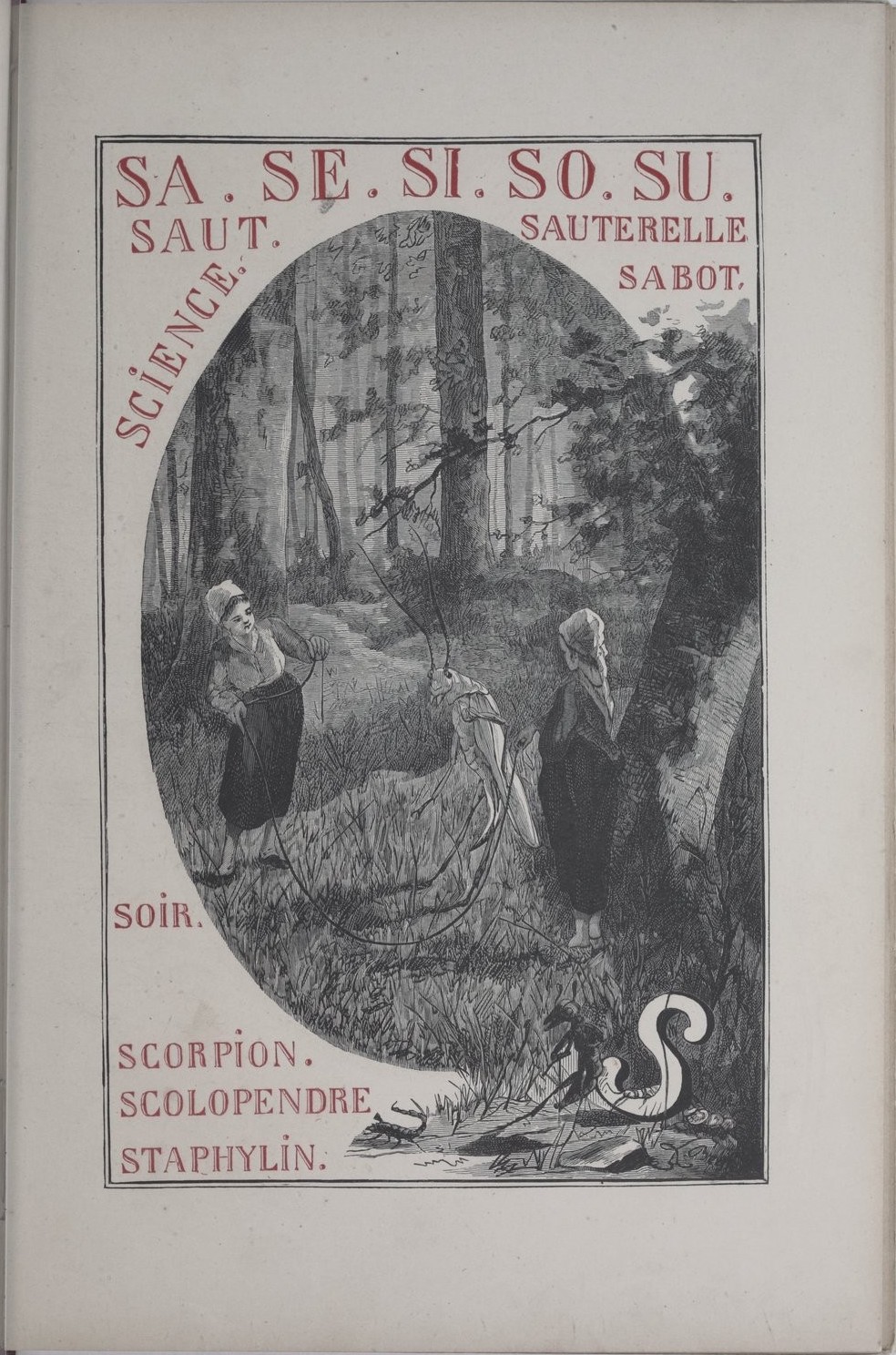 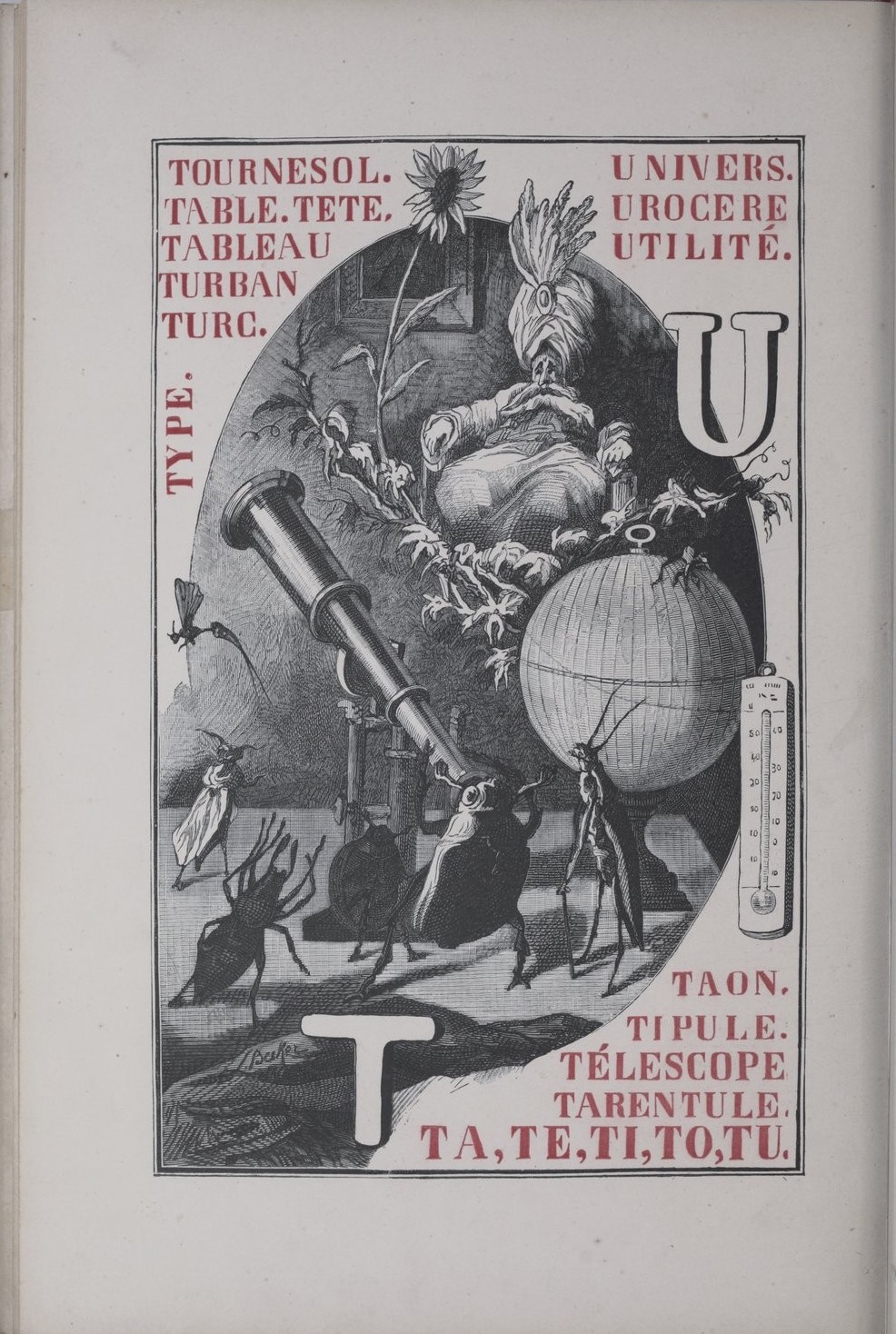 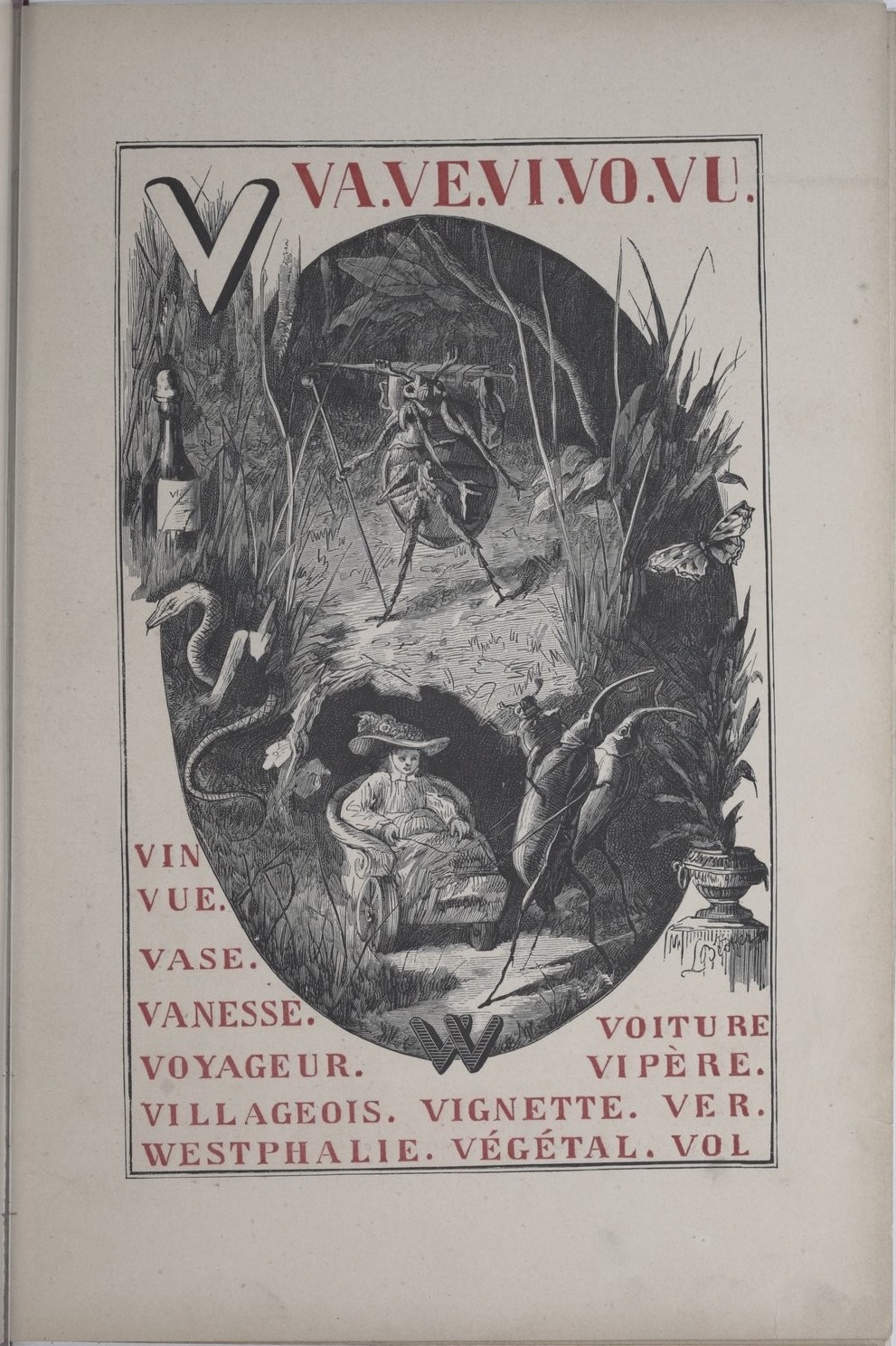 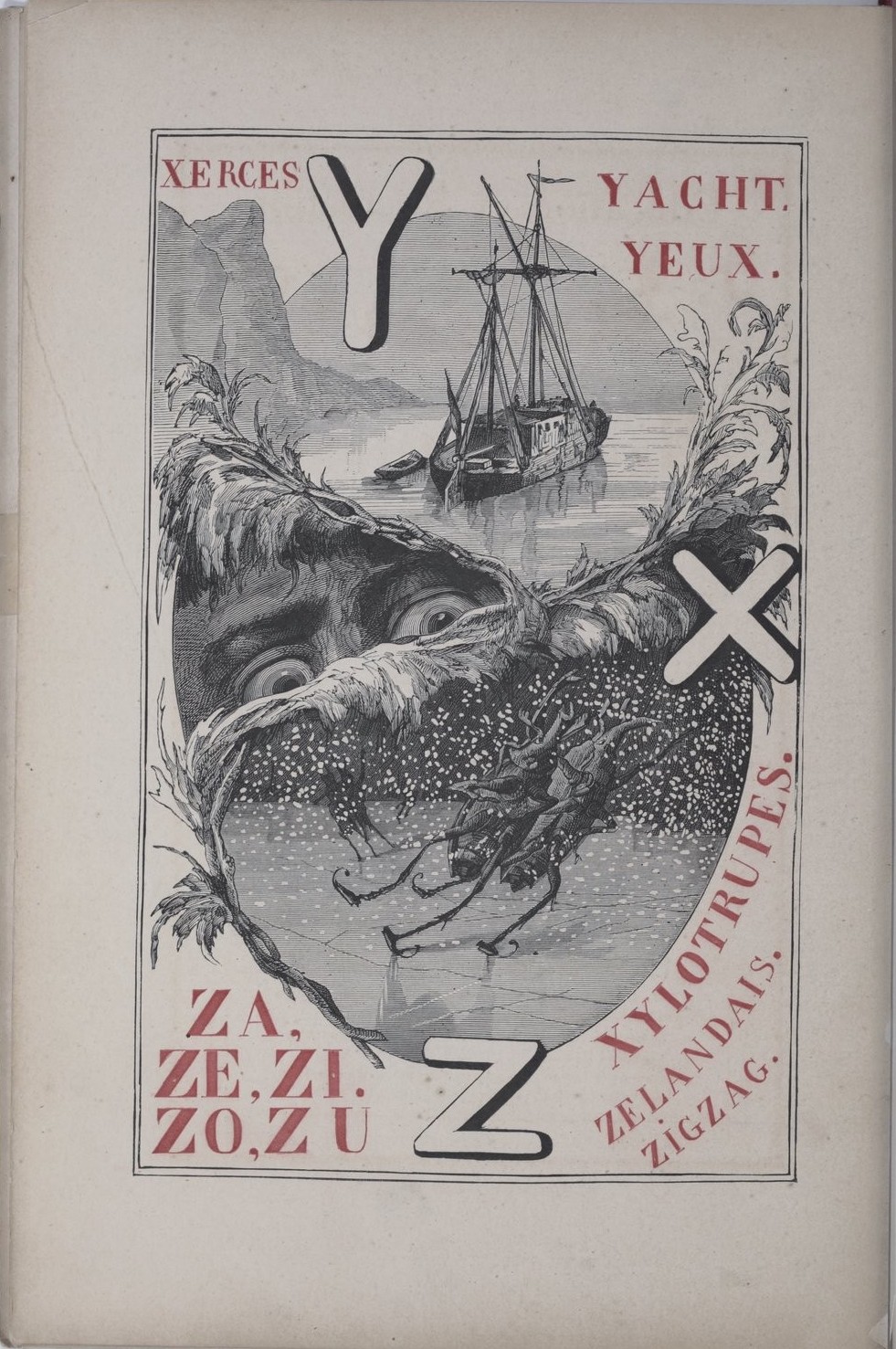