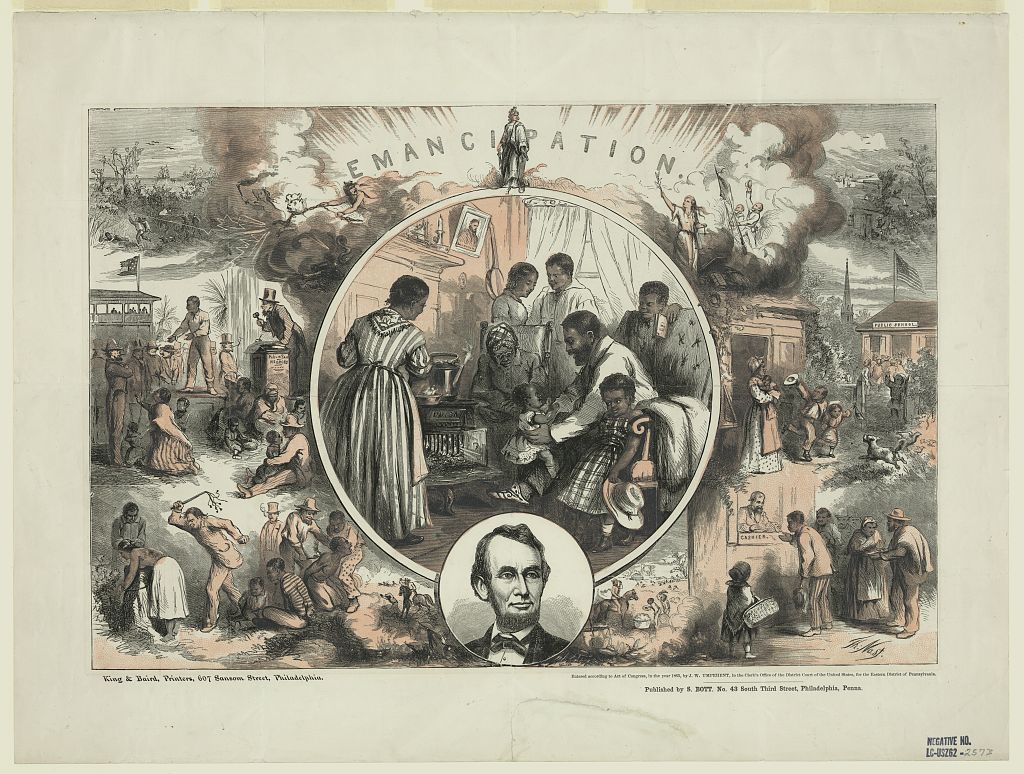 The story of American slavery is one that must never be forgotten. The brutal scar must neither be hidden nor corrupted. Books like The Anti-Slavery Alphabet (1846) were part of a hard and long campaign to bring the horror to an end. Produced by Hannah and Mary Townsend, sisters in a prominent Quaker family, The Anti-Slavery Alphabet was showcased at the 1846 Philadelphia Female Anti-Slavery society fair. The book “consists of sixteen leaves, printed on one side, with the printed pages facing each other and hand-sewn into a paper cover. Each of the letter illustrations is hand-colored.”

The book was aimed ostensibly at children, but, then, how could they read it if their parents were at best ambivalent to slavery? Mark Twain (November 30, 1835–April 21, 1910) recalled his childhood with State and God-sanctioned slavery in Hannibal, Missouri. Slavery wasn’t right or wrong in the culture of his youth; it just was:

In my schoolboy days I had no aversion to slavery. I was not aware that there was anything wrong about it. No one arraigned it in my hearing; the local papers said nothing against it; the local pulpit taught us that God approved it, that it was a holy thing, and that the doubter need only look in the Bible if he wished to settle his mind — and then the texts were read aloud to us to make the matter sure; if the slaves themselves had an aversion to slavery they were wise and said nothing. 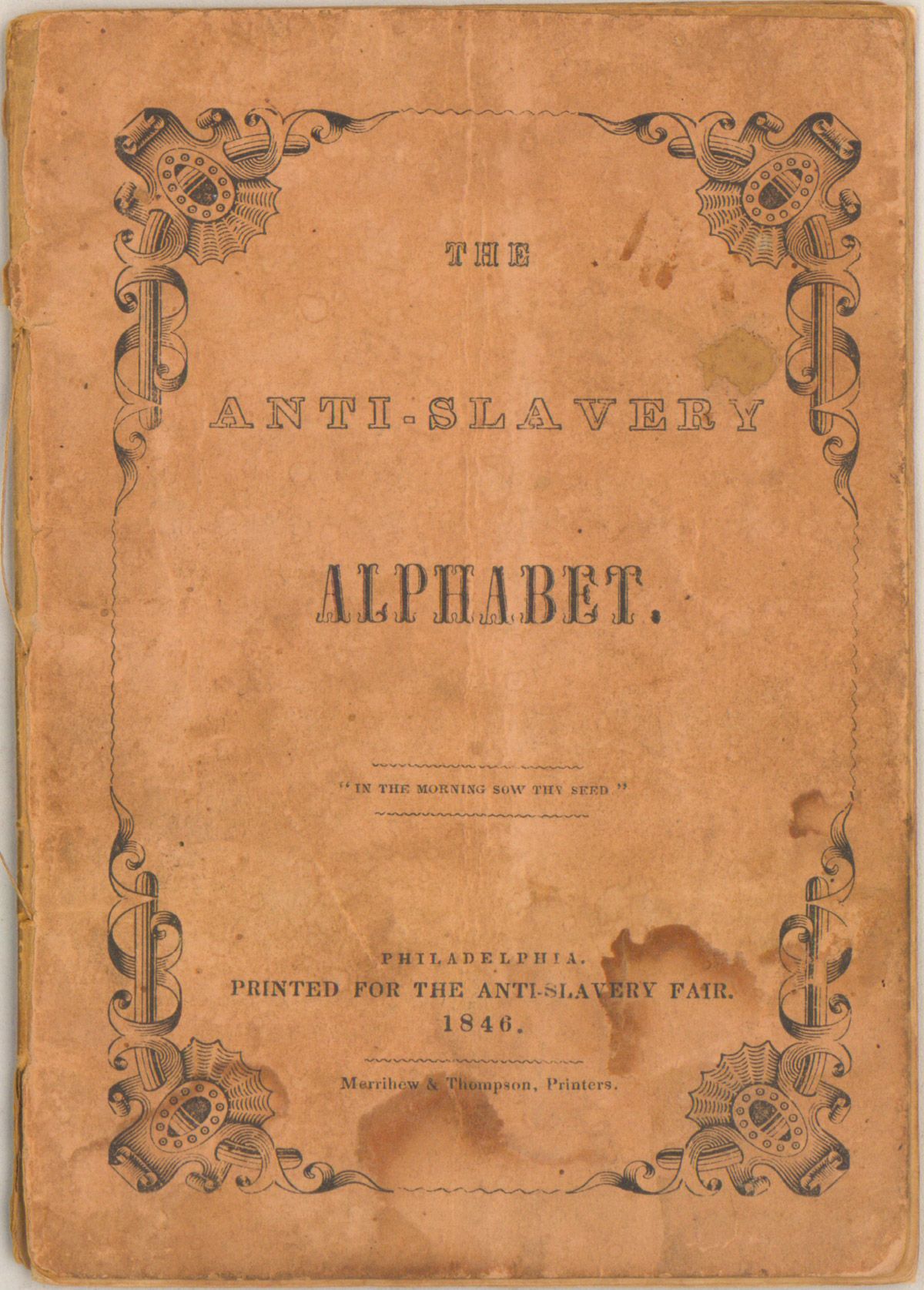 Is God unjust? Mark Twain’s mother told him a story he took to heart:

There was, however, one small incident of my boyhood days which touched this matter, and it must have meant a good deal to me or it would not have stayed in my memory, clear and sharp, vivid and shadowless, all these slow-drifting years. We had a little slave boy whom we had hired from some one, there in Hannibal. He was from the Eastern Shore of Maryland, and had been brought away from his family and his friends, half way across the American continent, and sold. He was a cheery spirit, innocent and gentle, and the noisiest creature that ever was, perhaps. All day long he was singing, whistling, yelling, whooping, laughing — it was maddening, devastating, unendurable. At last, one day, I lost all my temper, and went raging to my mother, and said Sandy had been singing for an hour without a single break, and I couldn’t stand it, and wouldn’t she please shut him up. The tears came into her eyes, and her lip trembled, and she said something like this—

“Poor thing, when he sings, it shows that he is not remembering, and that comforts me; but when he is still, I am afraid he is thinking, and I cannot bear it. He will never see his mother again; if he can sing, I must not hinder it, but be thankful for it. If you were older, you would understand me; then that friendless child’s noise would make you glad.”

It was a simple speech, and made up of small words, but it went home, and Sandy’s noise was not a trouble to me any more. She never used large words, but she had a natural gift for making small ones do effective work. She lived to reach the neighborhood of ninety years, and was capable with her tongue to the last — especially when a meanness or an injustice roused her spirit. 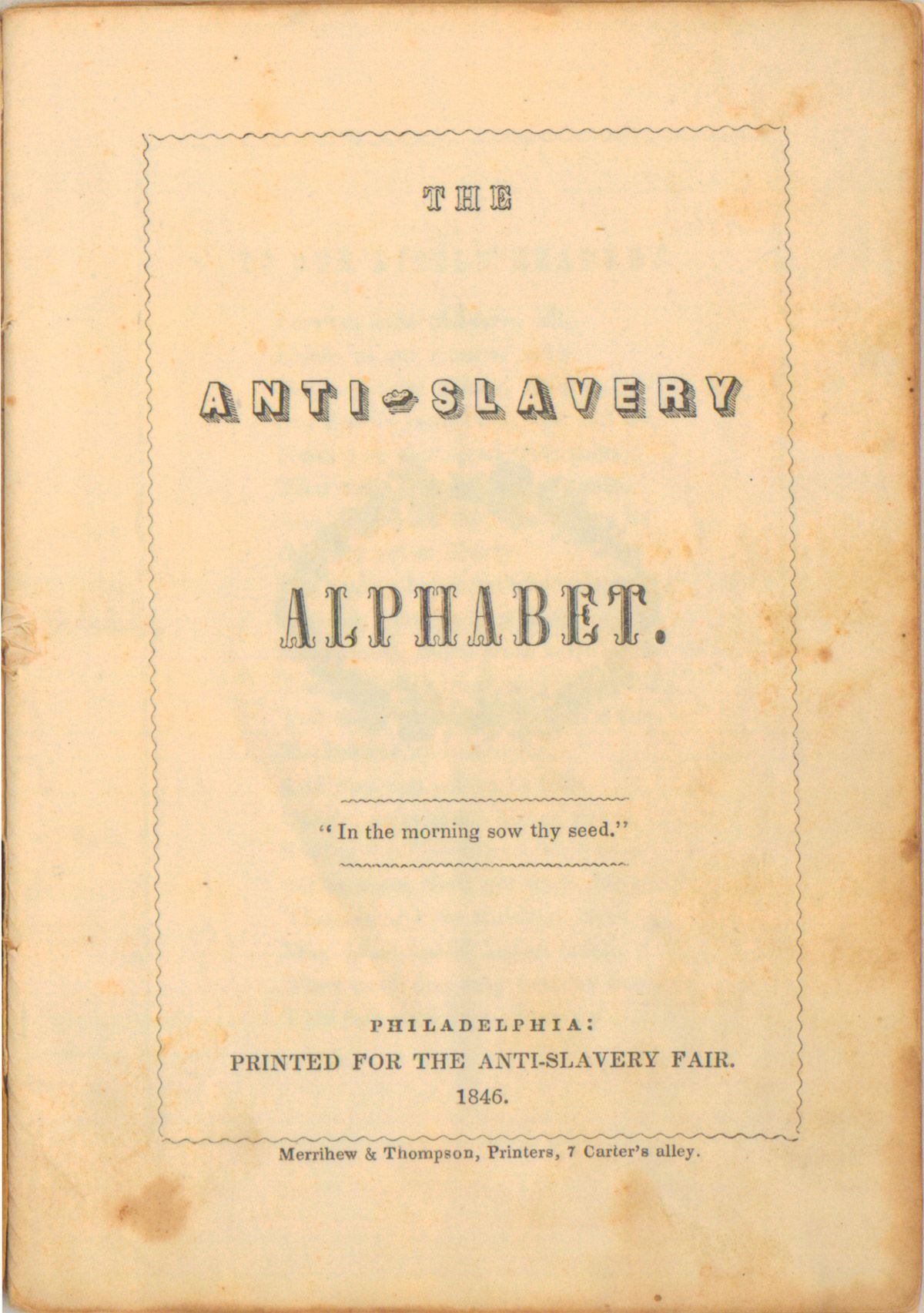 The Quakers’ God was the slave-owners God, too. In their vision, God was compassionate. 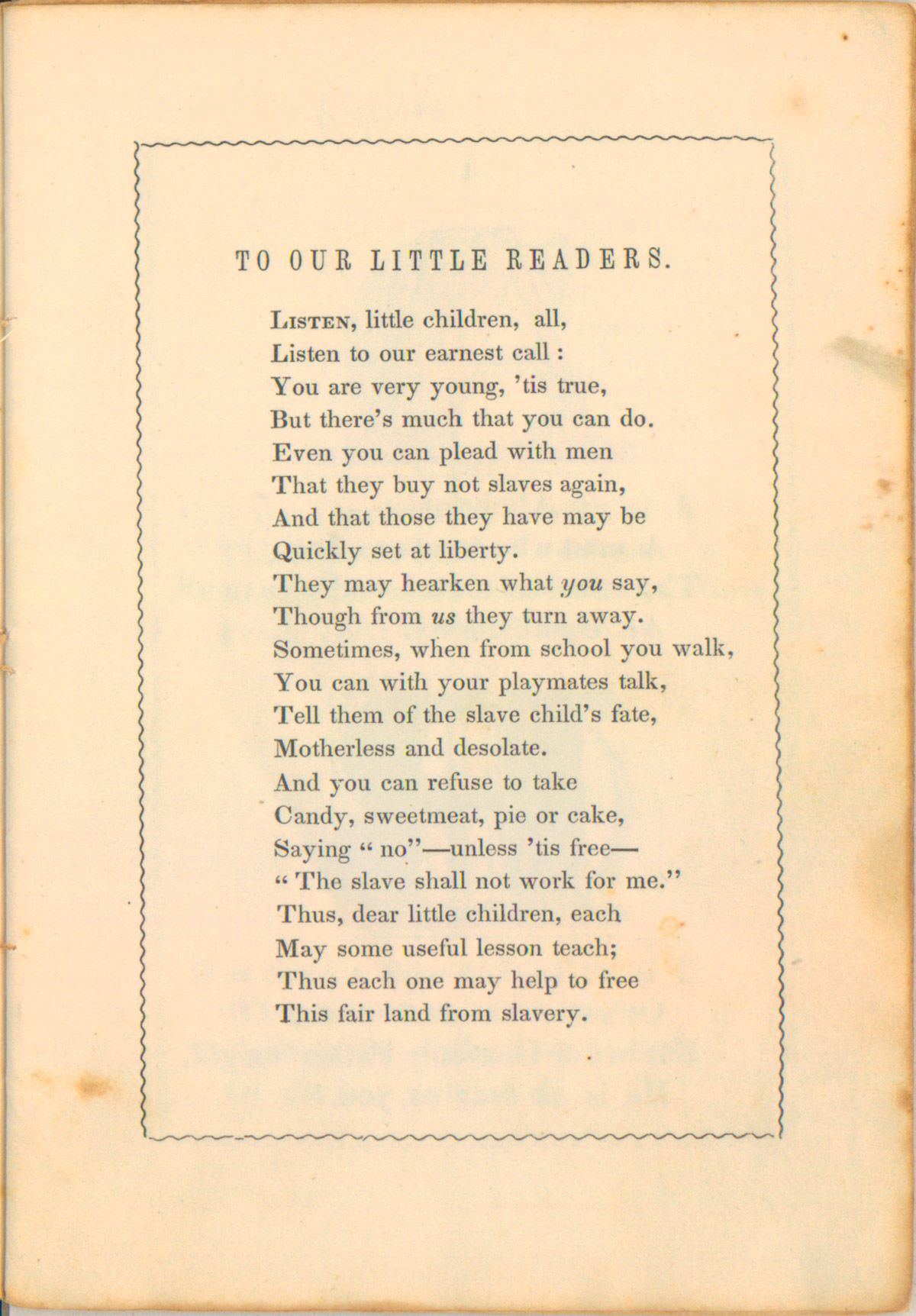 Listen, little children, all,
Listen to our earnest call:
You are very young, ’tis true,
But there’s much that you can do.
Even you can plead with men
That they buy not slaves again,
And that those they have may be
Quickly set at liberty.
They may hearken what you say,
Though from us they turn away.
Sometimes, when from school you walk,
You can with your playmates talk,
Tell them of the slave child’s fate,
Motherless and desolate.
And you can refuse to take
Candy, sweetmeat, pie or cake,
Saying “no”—unless ’tis free—
“The slave shall not work for me.”
Thus, dear little children, each
May some useful lesson teach;
Thus each one may help to free
This fair land from slavery. 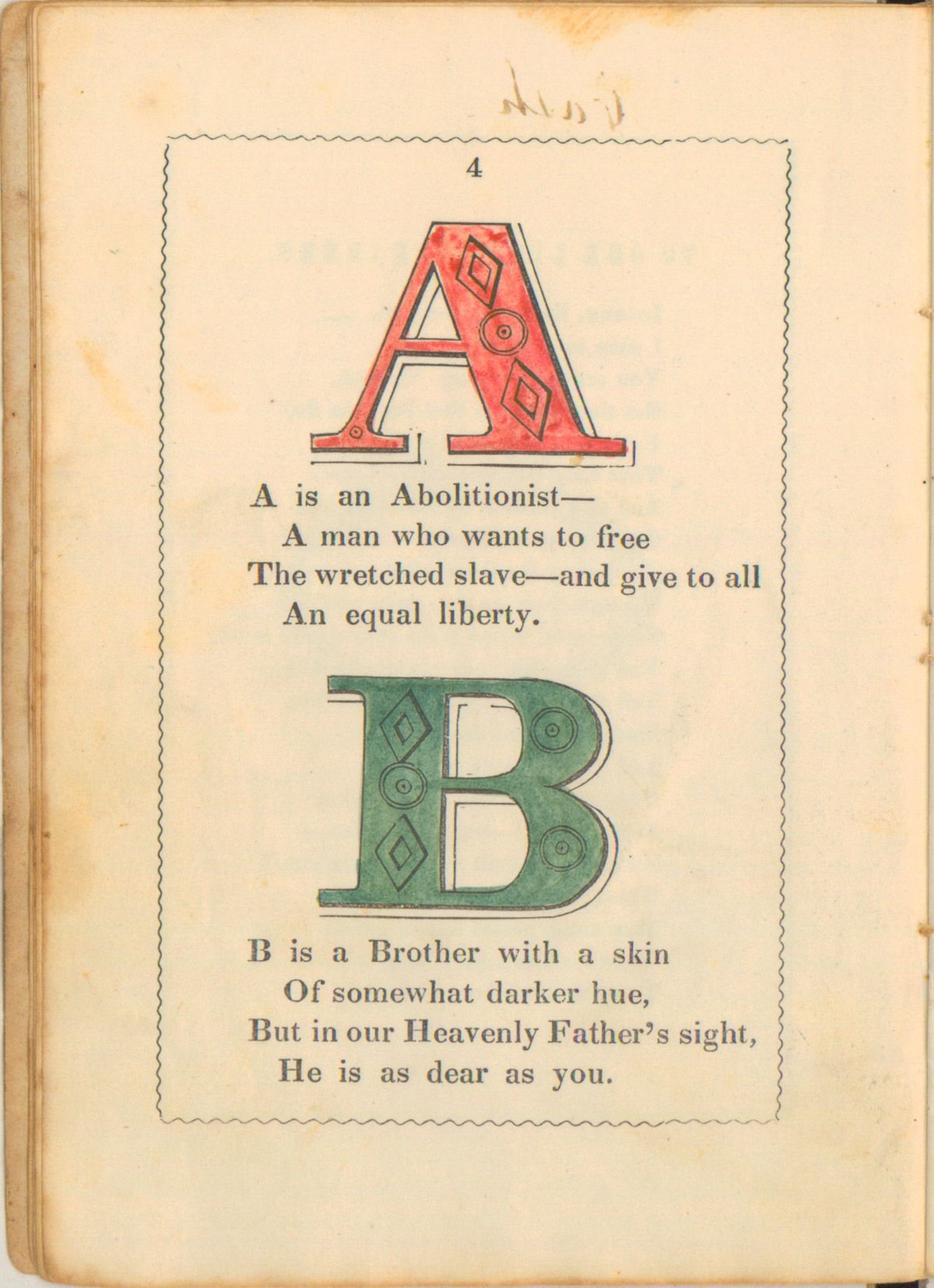 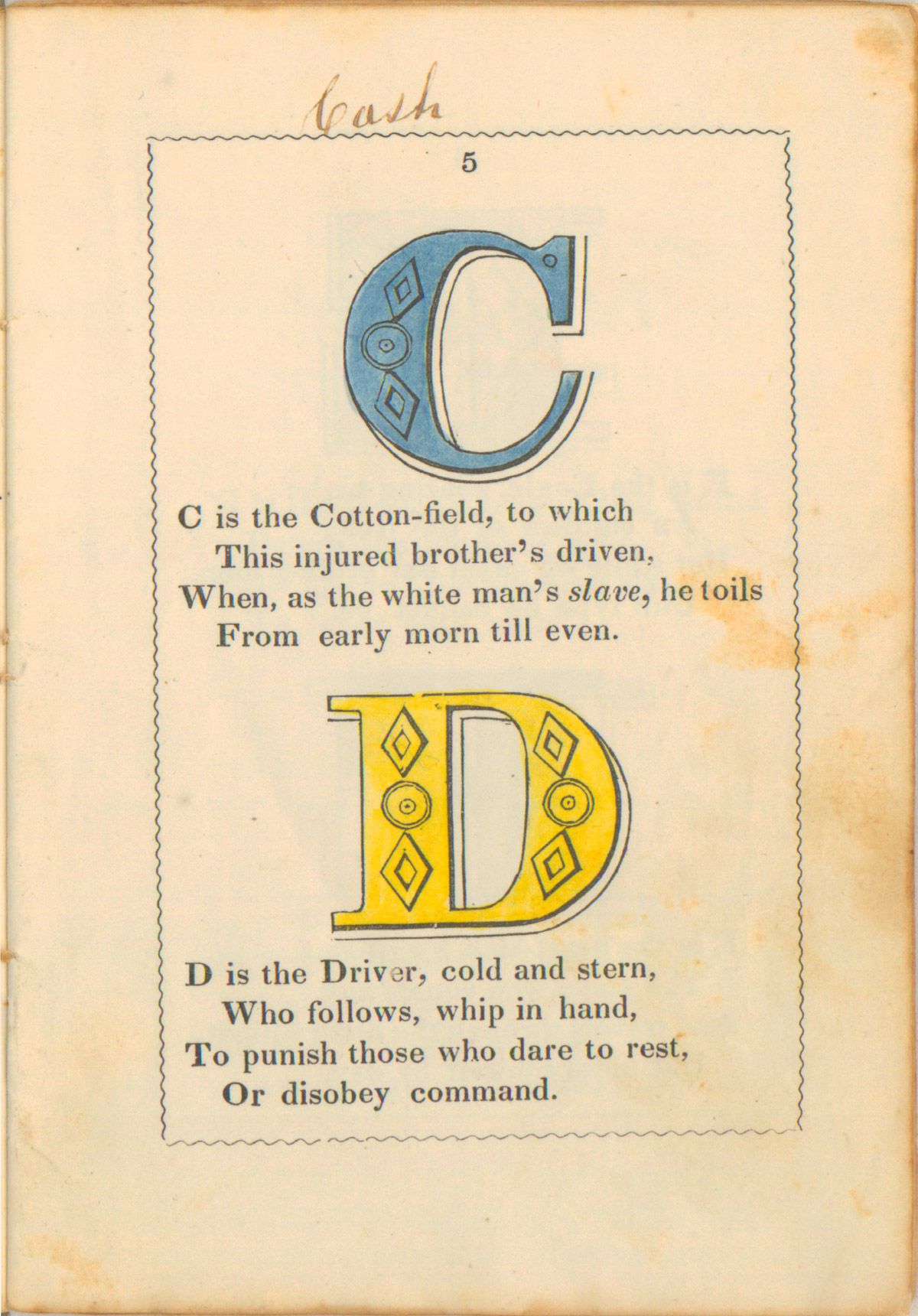 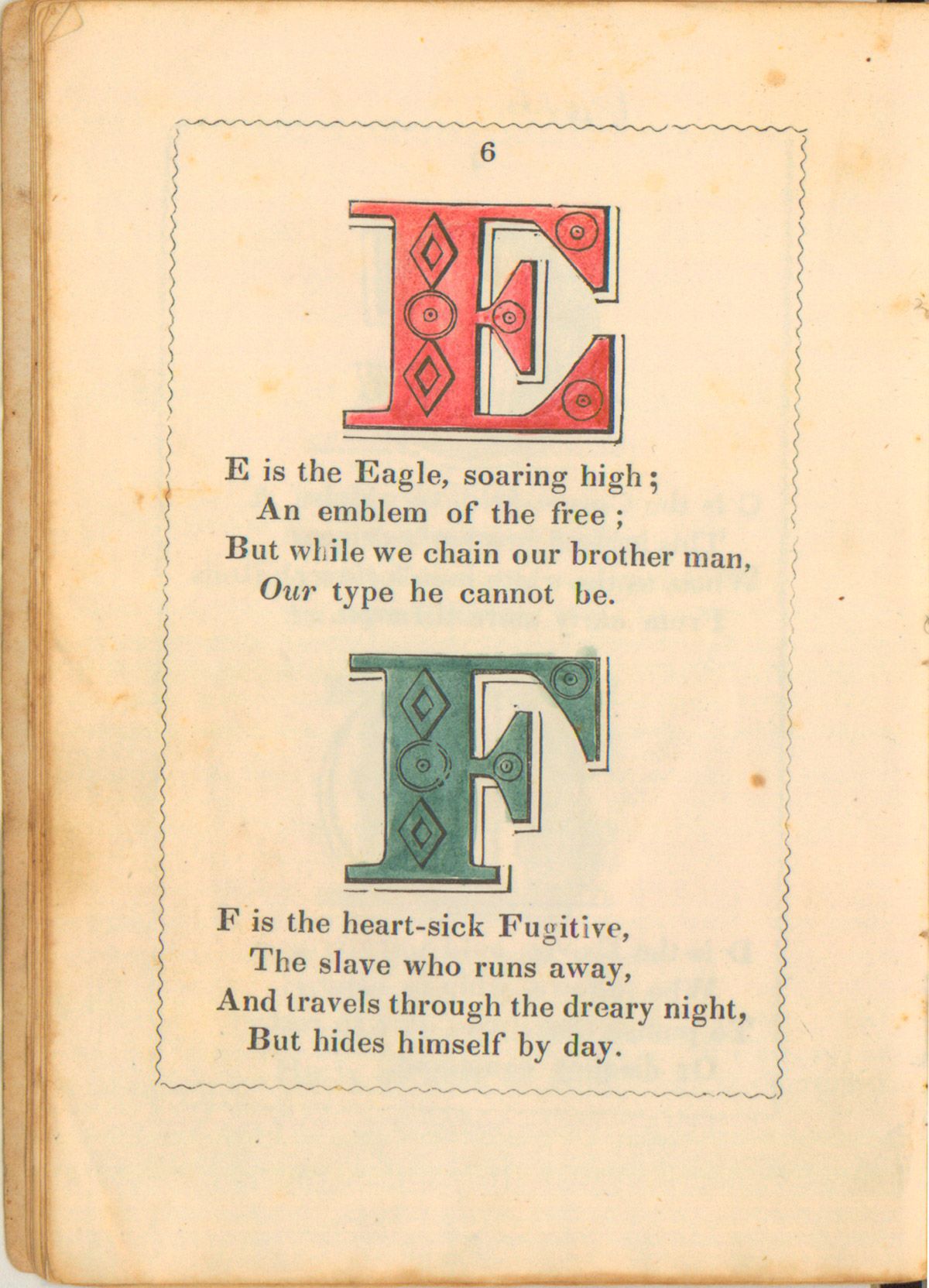 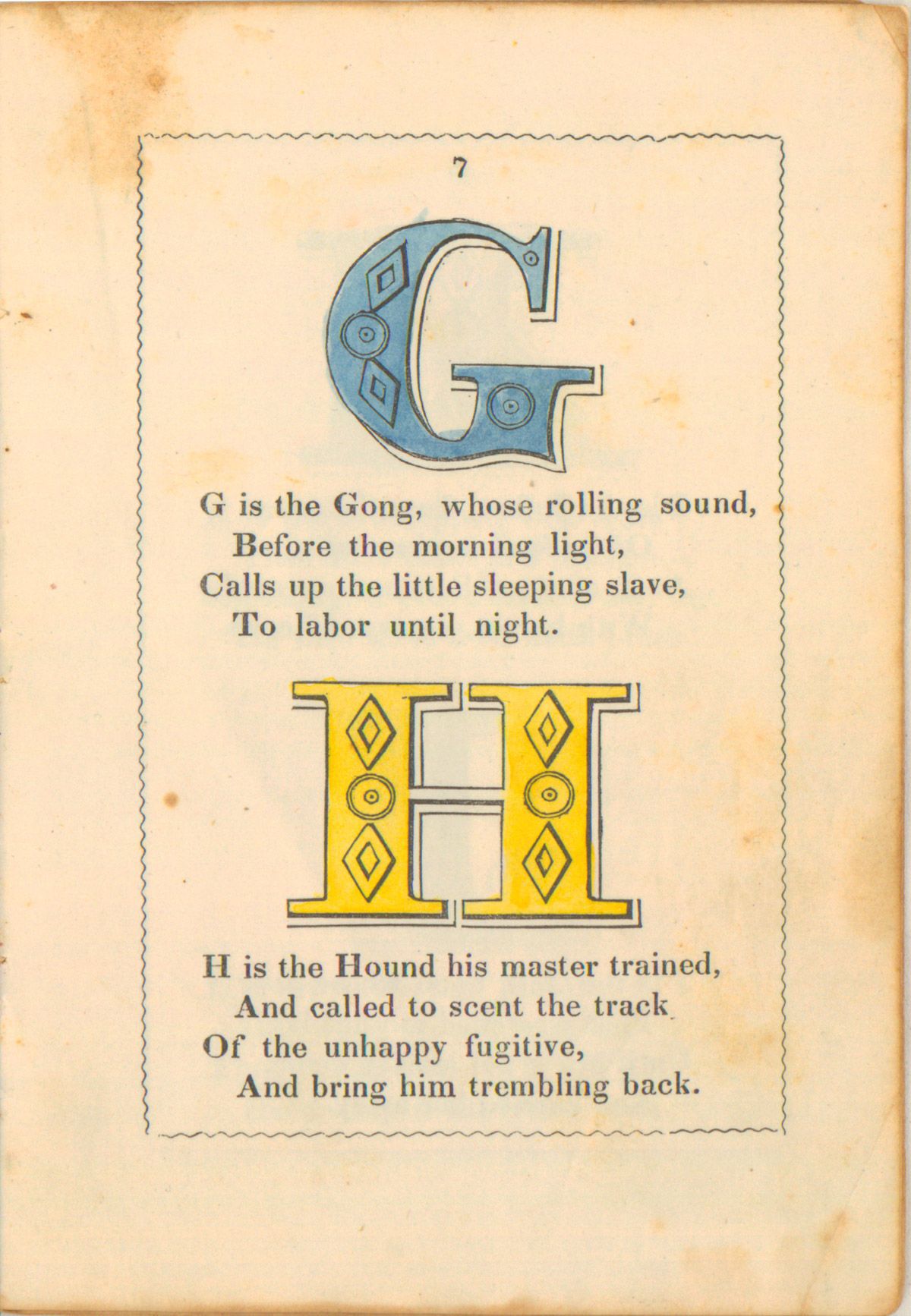 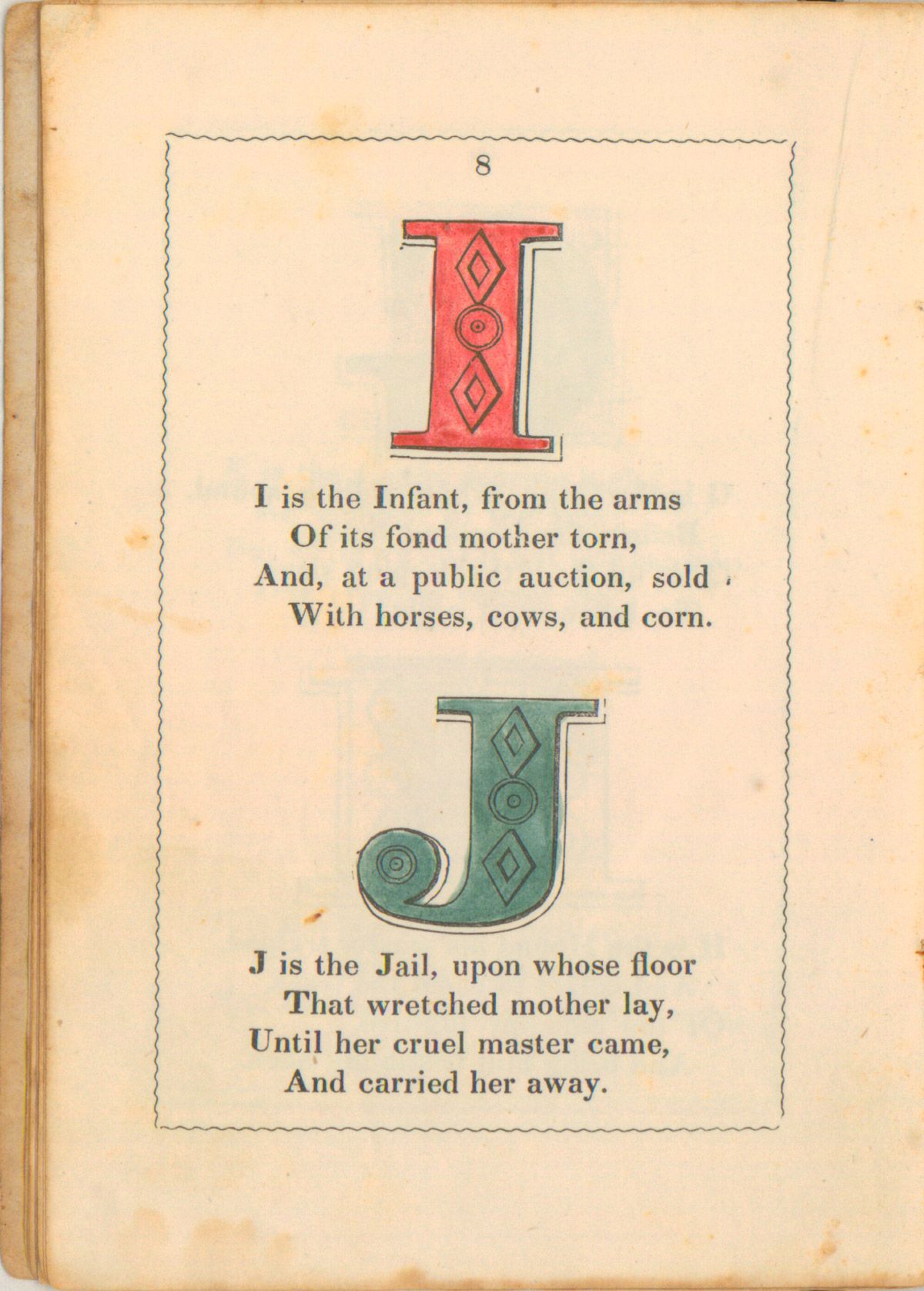 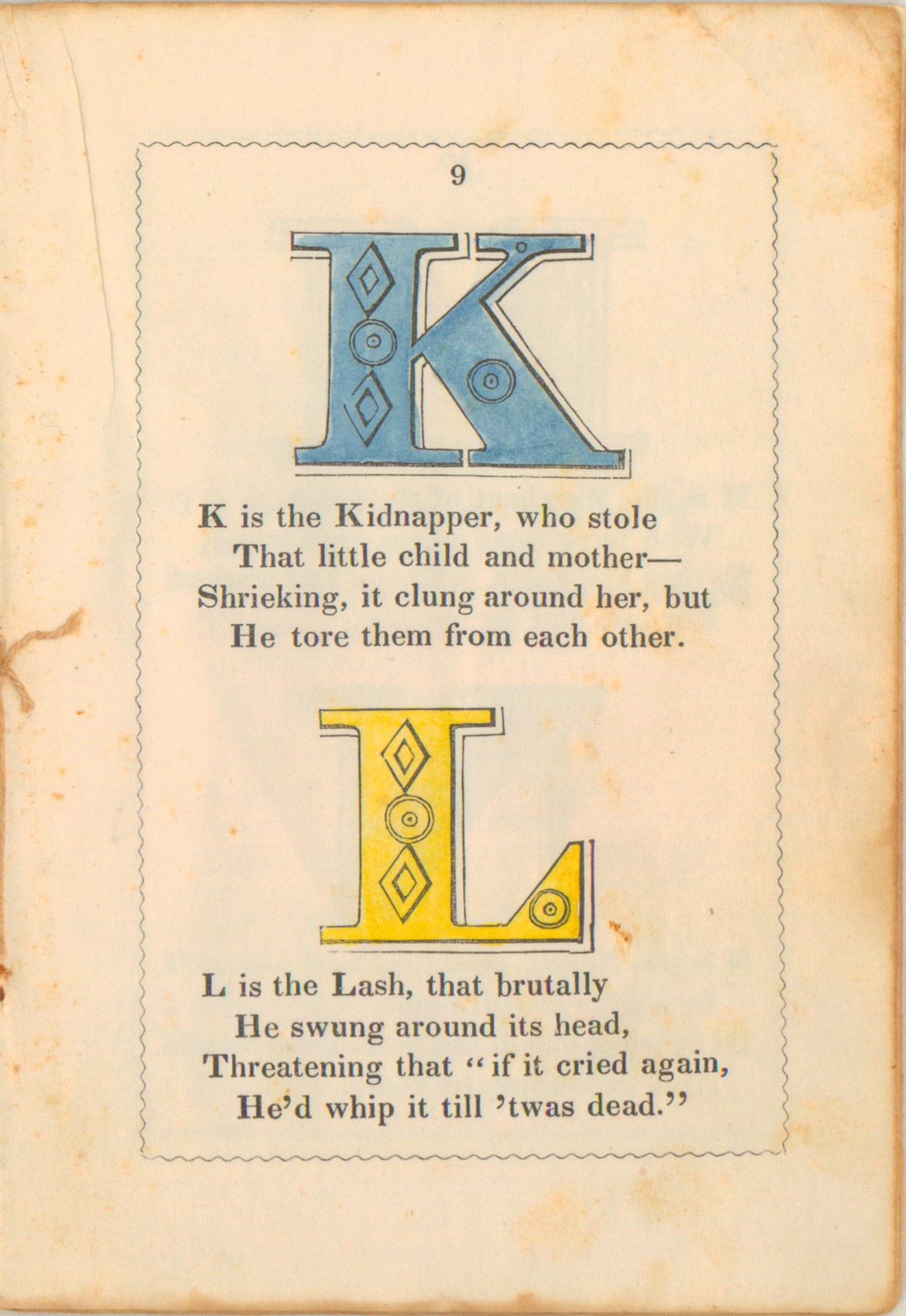 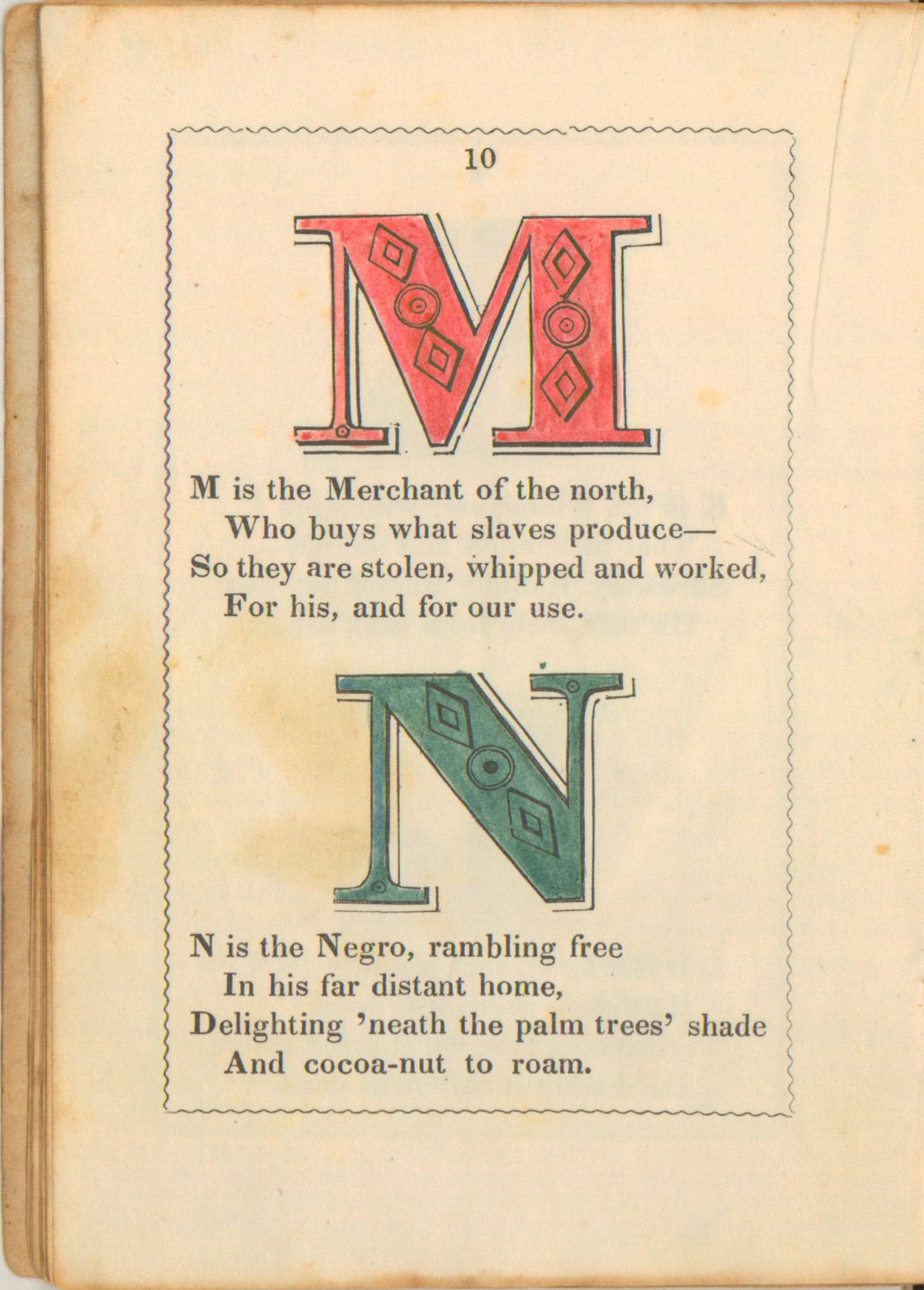 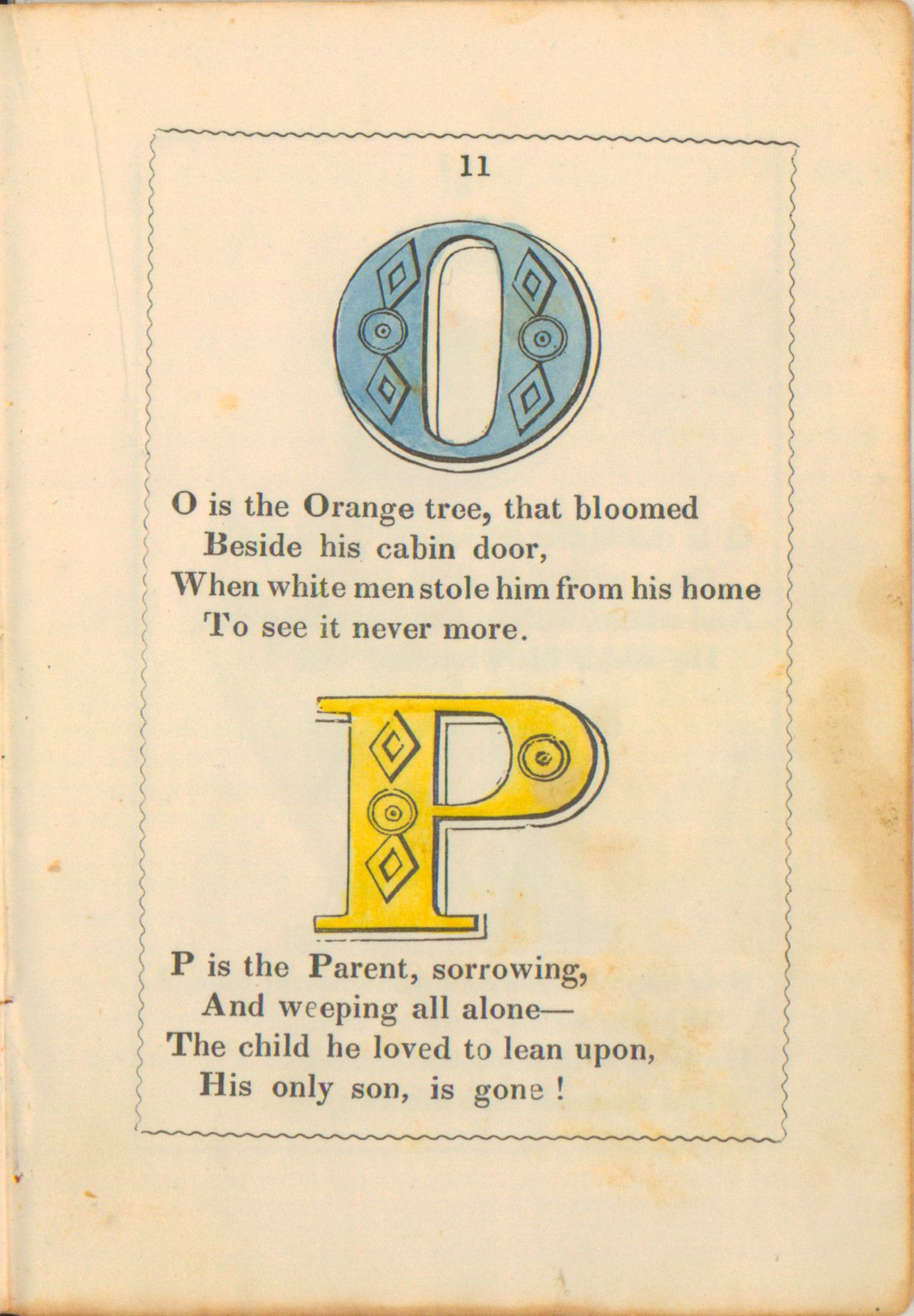 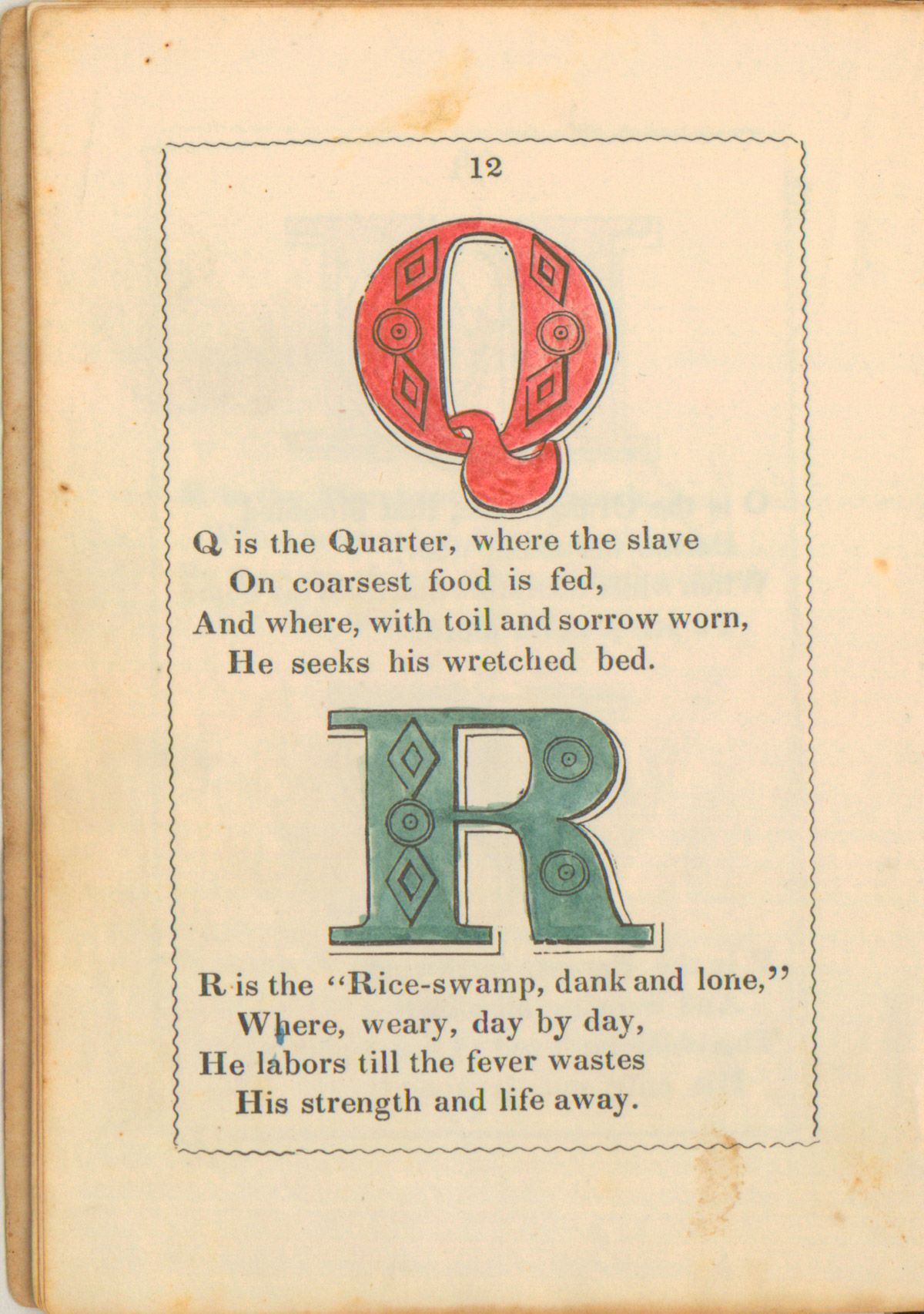 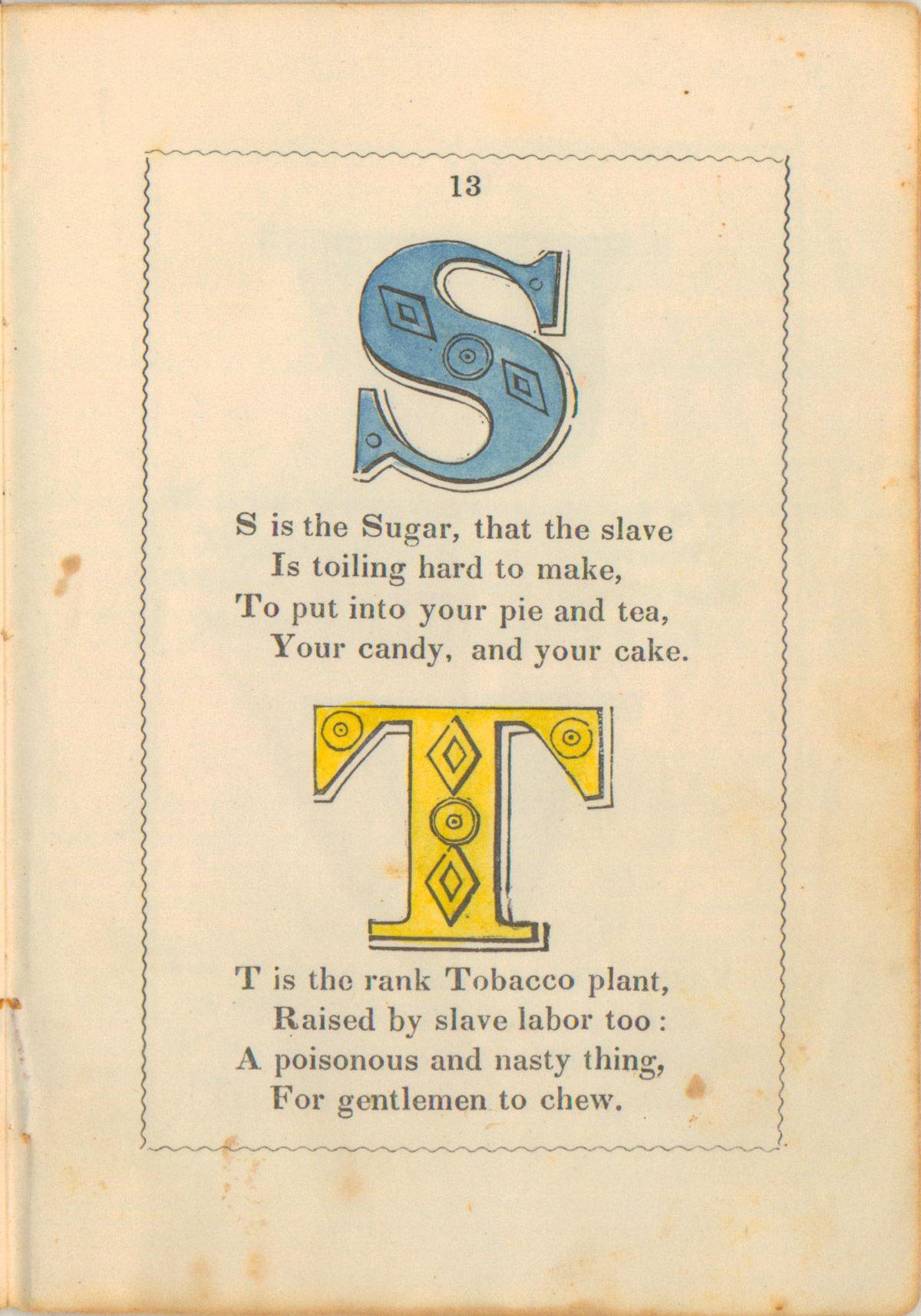 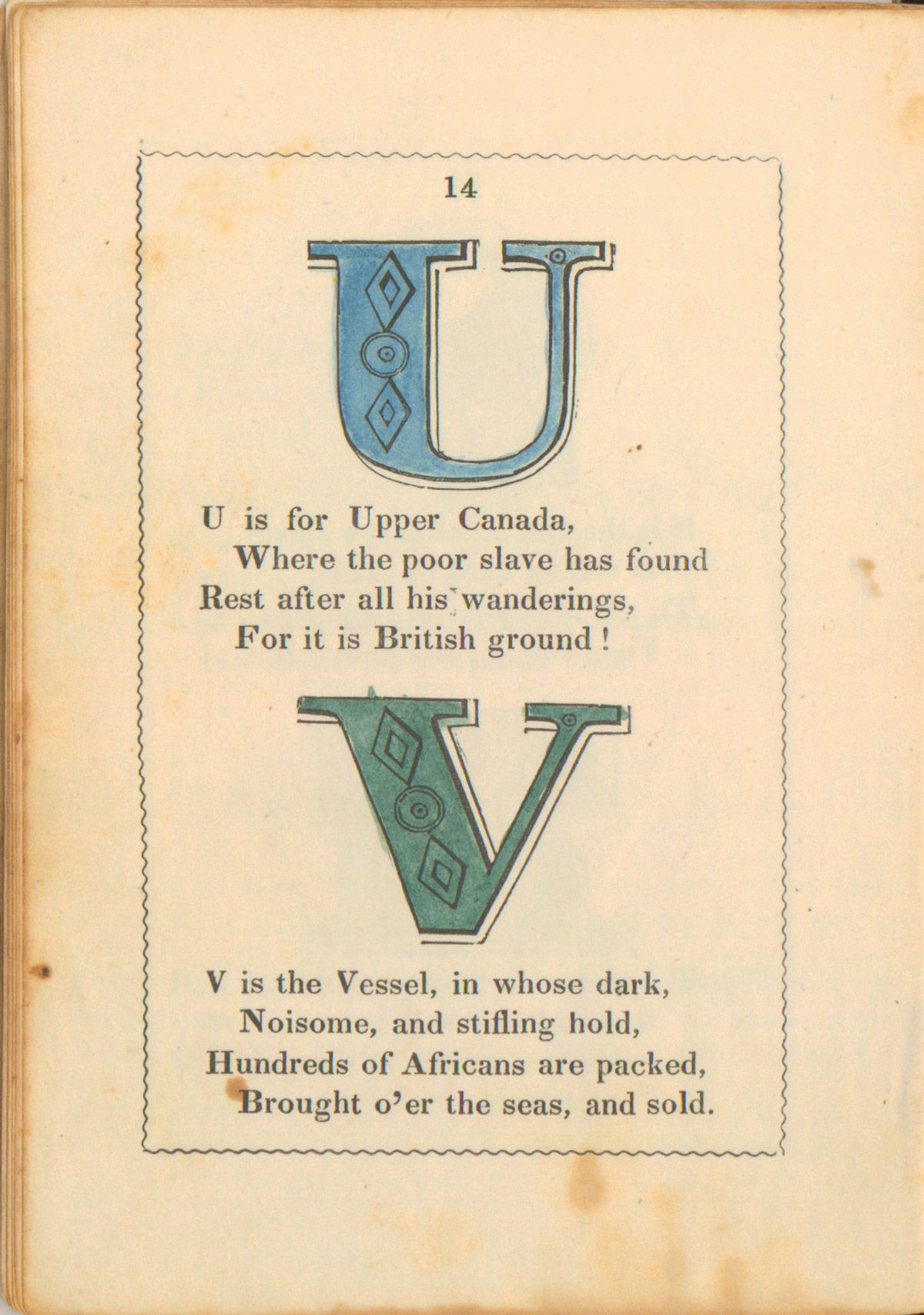 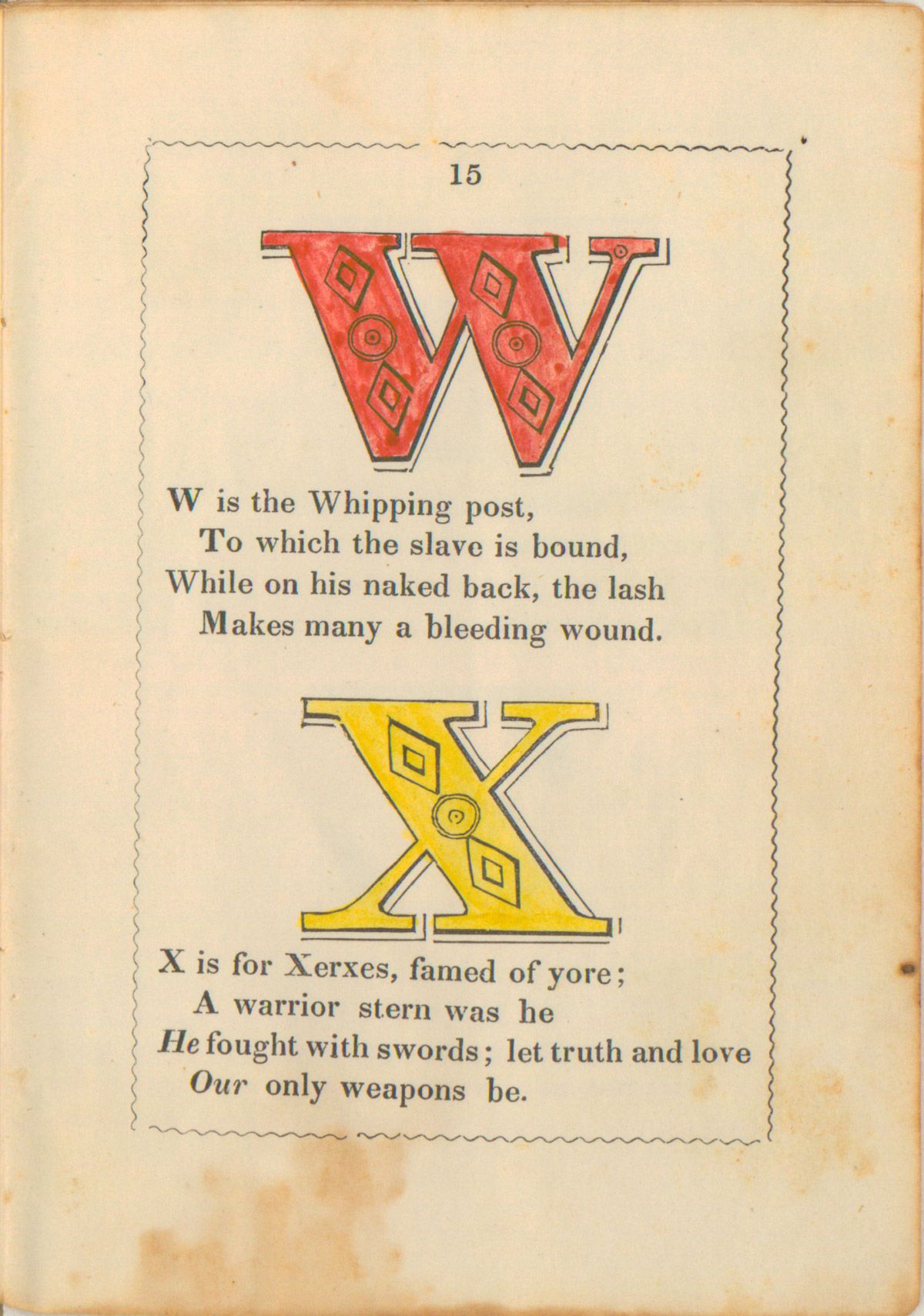 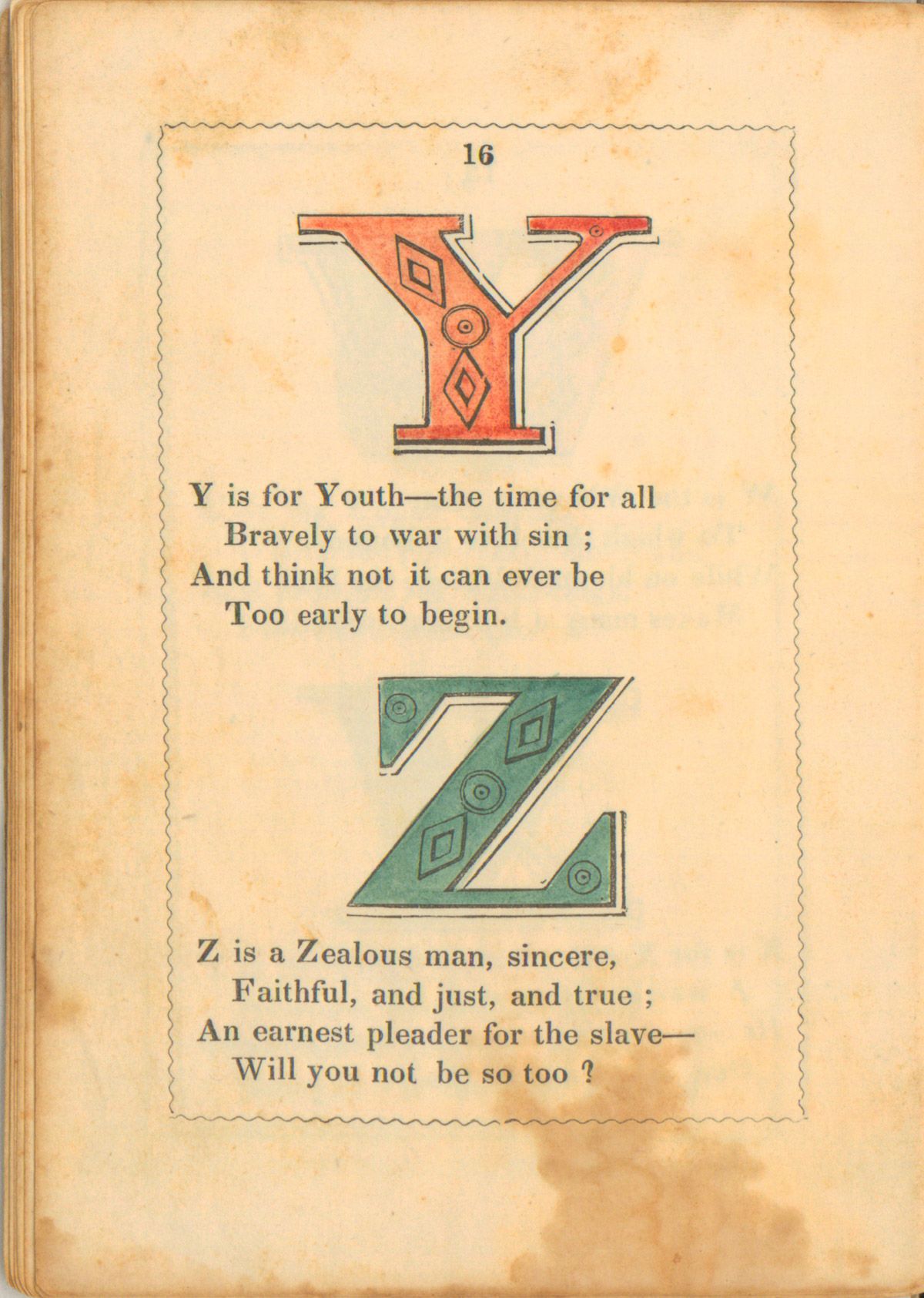 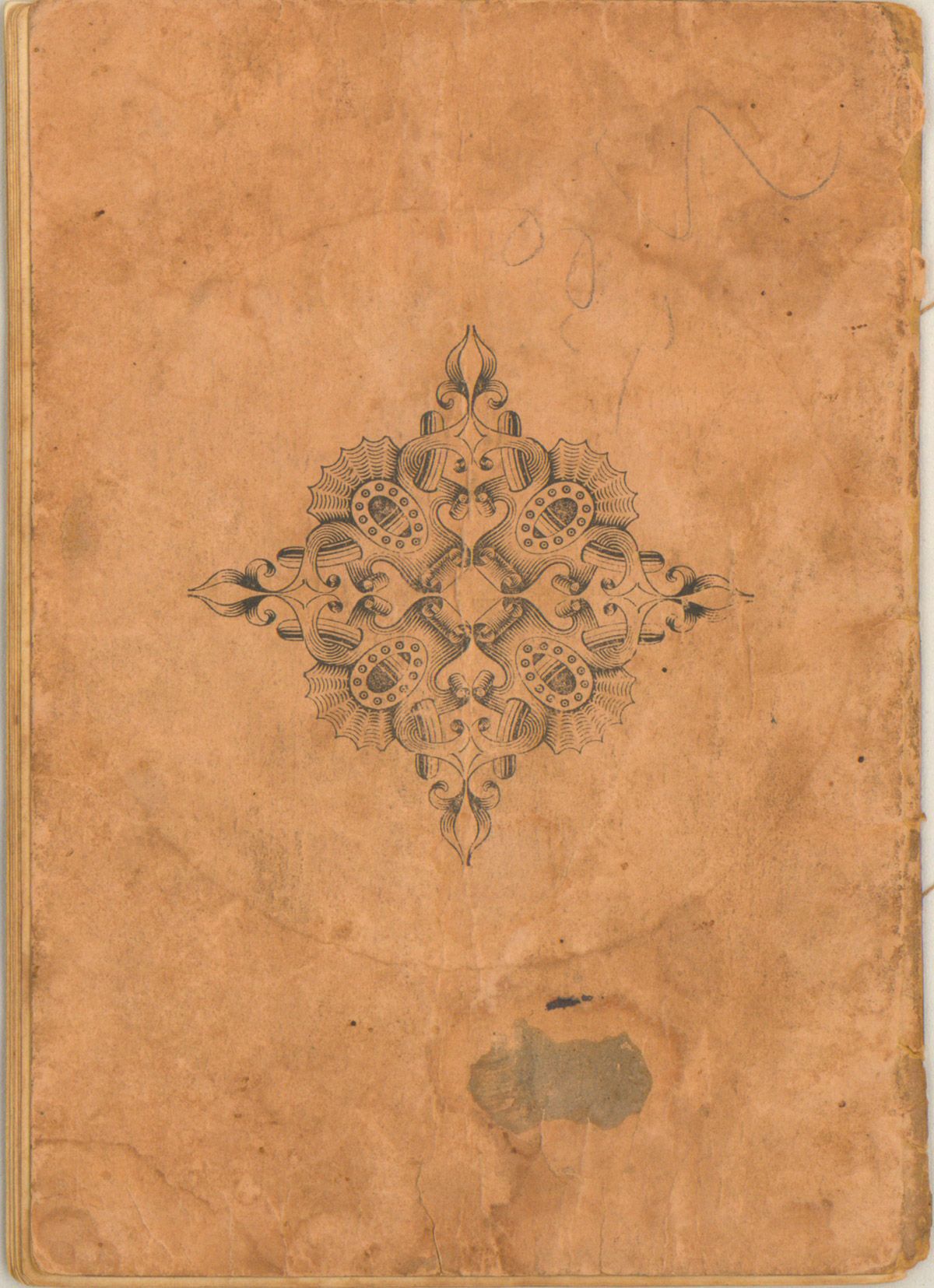 Summary: Thomas Nast’s celebration of the emancipation of Southern slaves with the end of the Civil War. Nast envisions a somewhat optimistic picture of the future of free blacks in the United States. The central scene shows the interior of a freedman’s home with the family gathered around a “Union” wood stove. The father bounces his small child on his knee while his wife and others look on. On the wall near the mantel hang a picture of Abraham Lincoln and a banjo. Below this scene is an oval portrait of Lincoln and above it, Thomas Crawford’s statue of “Freedom.” On either side of the central picture are scenes contrasting black life in the South under the Confederacy (left) with visions of the freedman’s life after the war (right). At top left fugitive slaves are hunted down in a coastal swamp. Below, a black man is sold, apart from his wife and children, on a public auction block. At bottom a black woman is flogged and a male slave branded. Above, two hags, one holding the three-headed hellhound Cerberus, preside over these scenes, and flee from the gleaming apparition of Freedom. In contrast, on the right, a woman with an olive branch and scales of justice stands triumphant. Here, a freedman’s cottage can be seen in a peaceful landscape. Below, a black mother sends her children off to “Public School.” At bottom a free Negro receives his pay from a cashier. Two smaller scenes flank Lincoln’s portrait. In one a mounted overseer flogs a black field slave (left); in the other a foreman politely greets Negro cotton-field workers.

Via: The Man in the Gray Flannel Suit, BrainPickings and Mississippi Department of Archives and History.