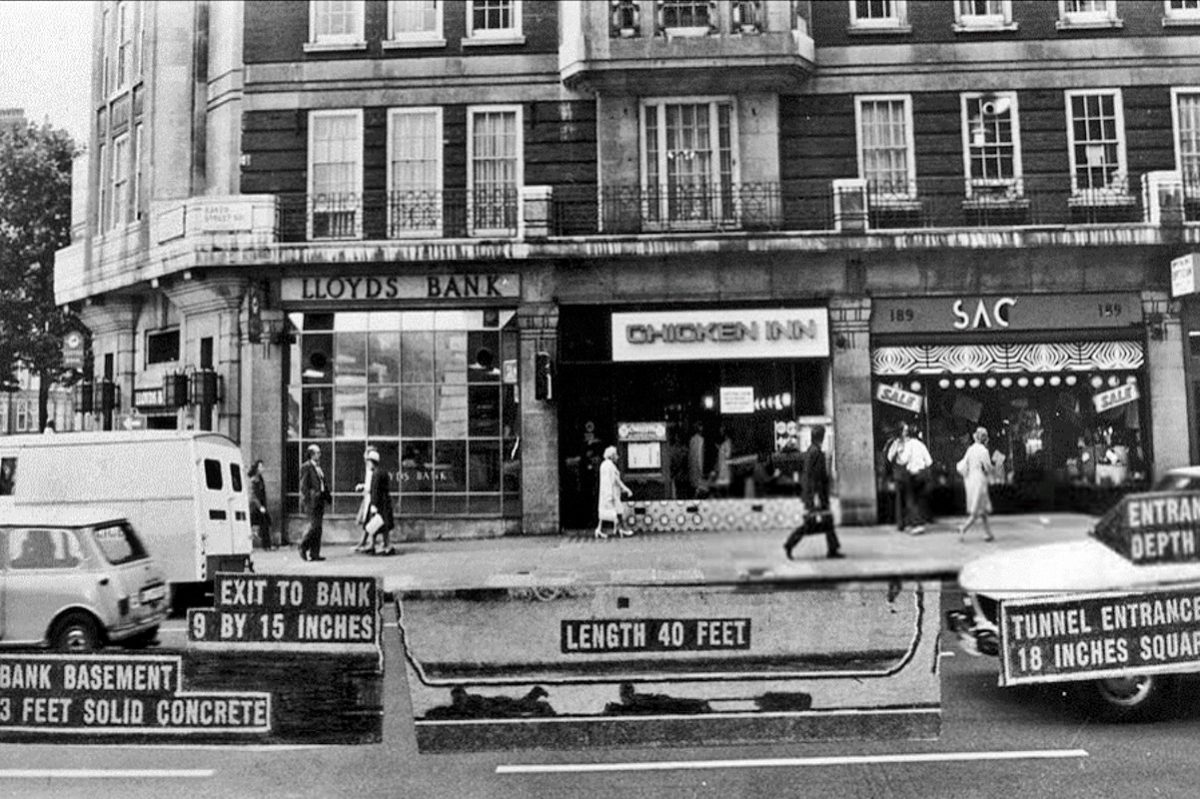 221B Baker Street is still known throughout the world as the Marylebone address of Sherlock Holmes. For years it was the address of a building society which faithfully dealt with all the letters that were sent there. Although numerically it’s not quite in the right place the address on Baker Street has now been taken over by the Sherlock Holmes Museum. The Holmes short story The Red-Headed League,  published in 1891 and written, of course, by Sir Arthur Conan Doyle, featured a daring bank raid that involved a tunnelling into the vault from a nearby shop. The robbery was foiled when the dusty robbers emerged into the bank straight into the arms of Sherlock Holmes and the police.

Over a September weekend in 1971, a gang of thieves tunnelled underneath a Chicken Inn restaurant into the vault of Lloyds Bank at 185 Baker Street. The gang used walkie-talkies to communicate with a look-out on the roof. Incredibly a few hundred metres away in a flat on Wimpole Street a radio ‘ham’ called Robert Rowlands started picking up their radio conversations.Getting into bed at 11.15pm on a Saturday with a cup of tea and an Ian Fleming novel, he switched on his radio. “I was trying to tune into Radio Luxembourg,” recalled Mr Rowlands to the Daily Mail. But instead, he found himself listening to a man with a strong South London accent declaring: “We’ve got about 400,000. We’ll let you know when we’re coming out. Can you hear me?”

He called the police who initially dismissed his concerns but eventually started frantically checking all the banks in the near vicinity. 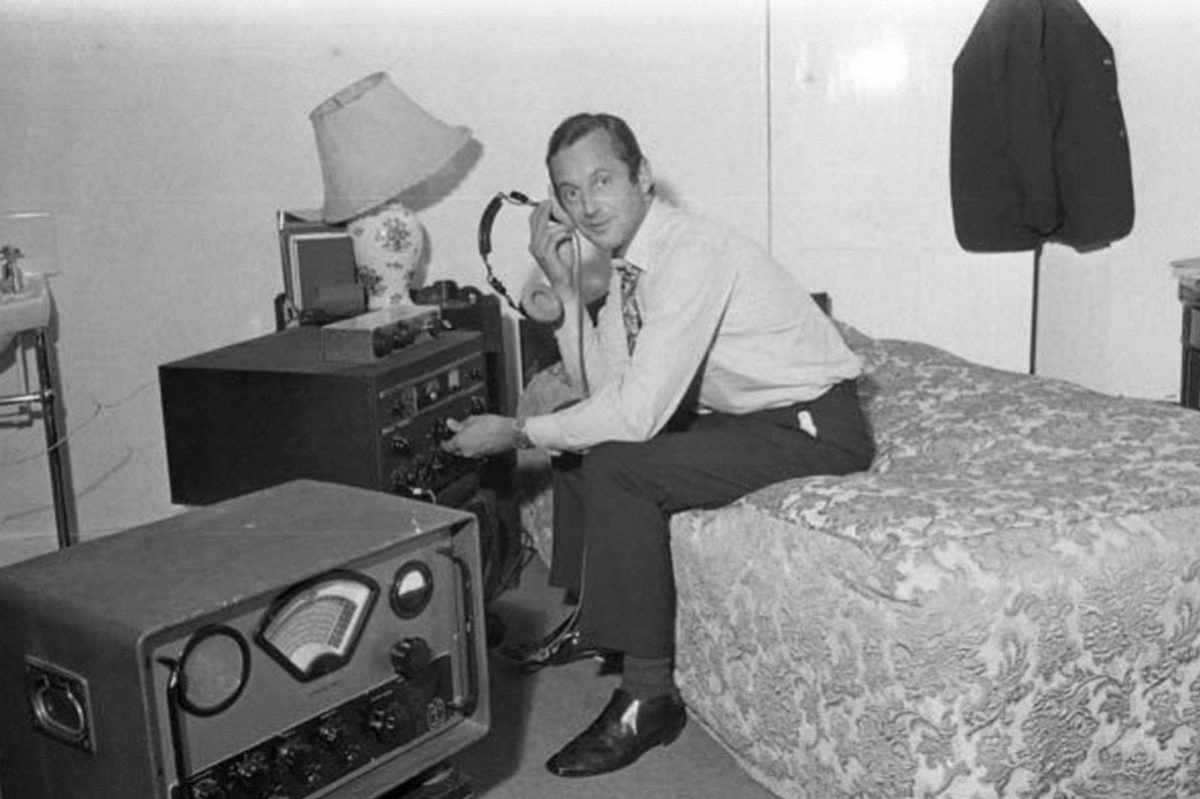 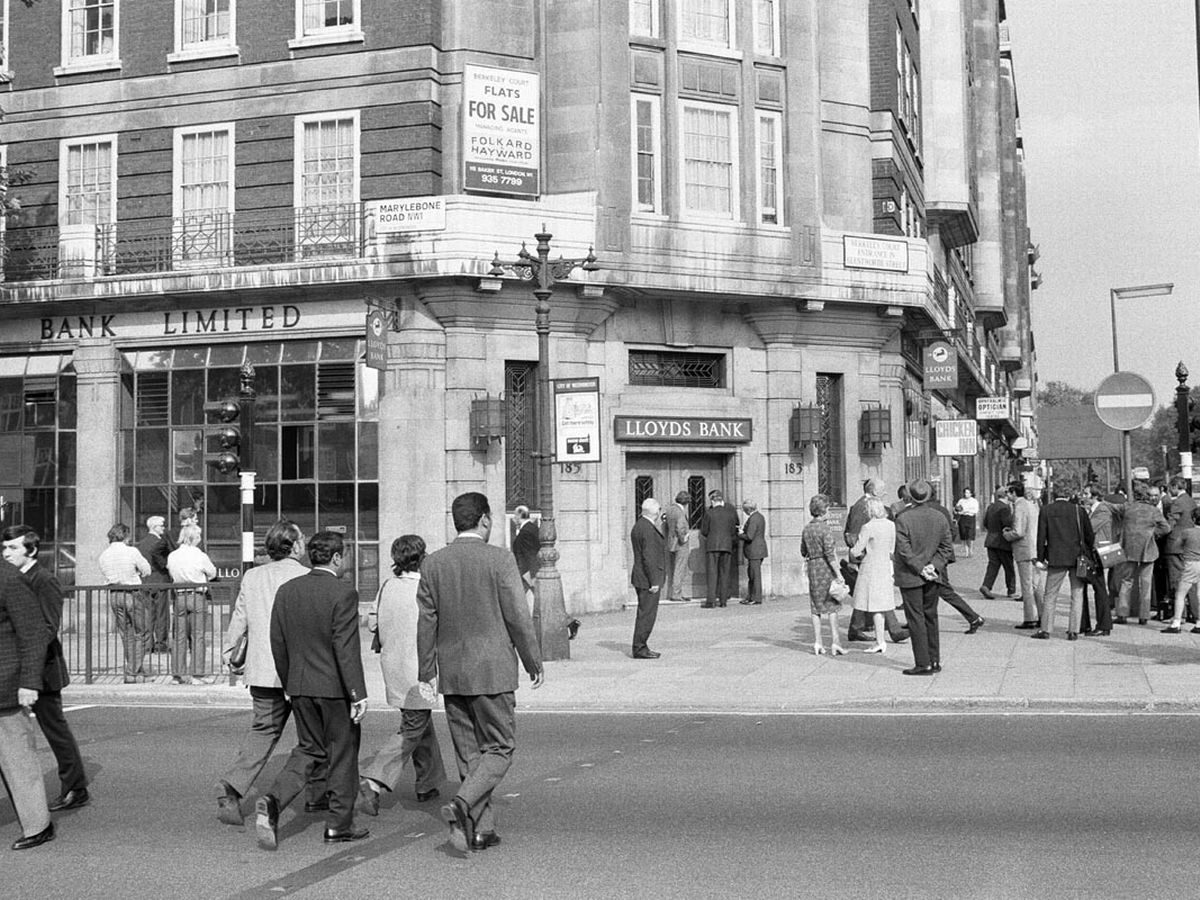 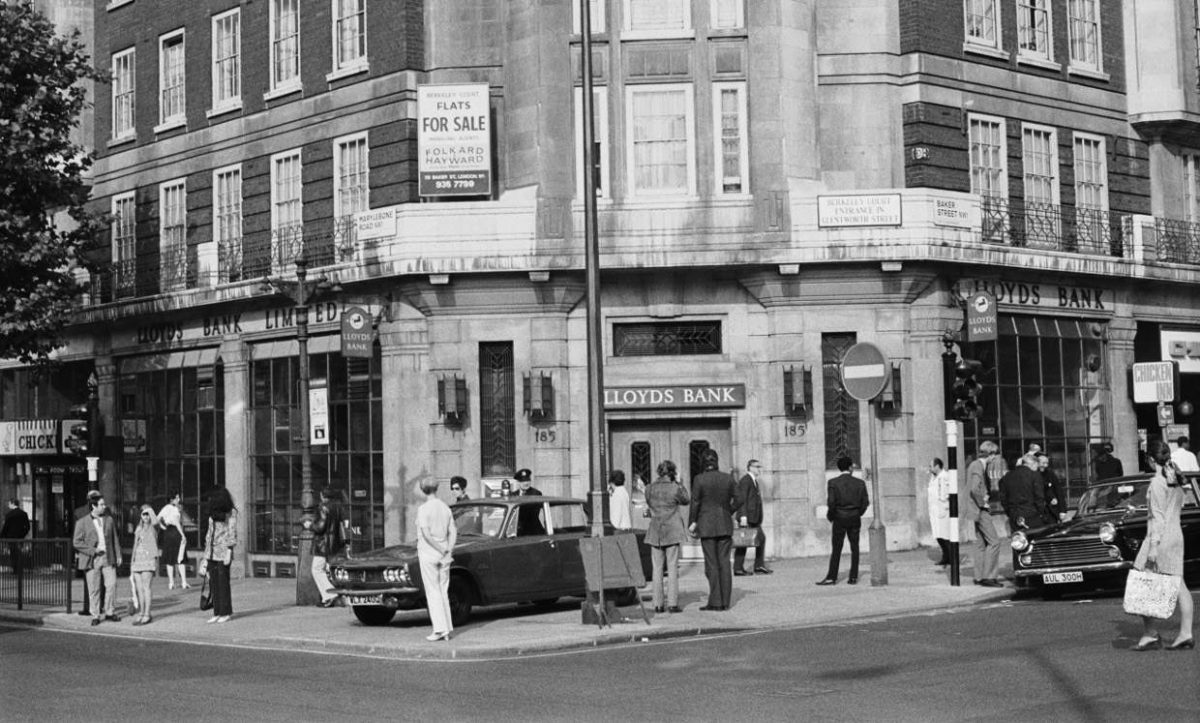 At one point they actually visited the Lloyd’s bank being raided but seeing that the vault’s door was locked closed they didn’t bother to investigate further. The gang went on to ransack the safety deposit boxes one of which contained, it was rumoured, compromising photographs of Princess Margaret. In the end the thieves made off with a haul in excess of £3million which in 1971 made it the largest ever bank robbery in Britain. Before they left the vault one man stopped to scrawl the words: “Let Sherlock Holmes try to solve this!”. Even if the great detective did exist he wasn’t needed and the four men responsible for the bank heist were gaoled in 1973. Although not before the olice threatened to prosecute Mr Rowlands for listening to an unlicensed radio station, a blow softened by a £2,500 reward from Lloyds. 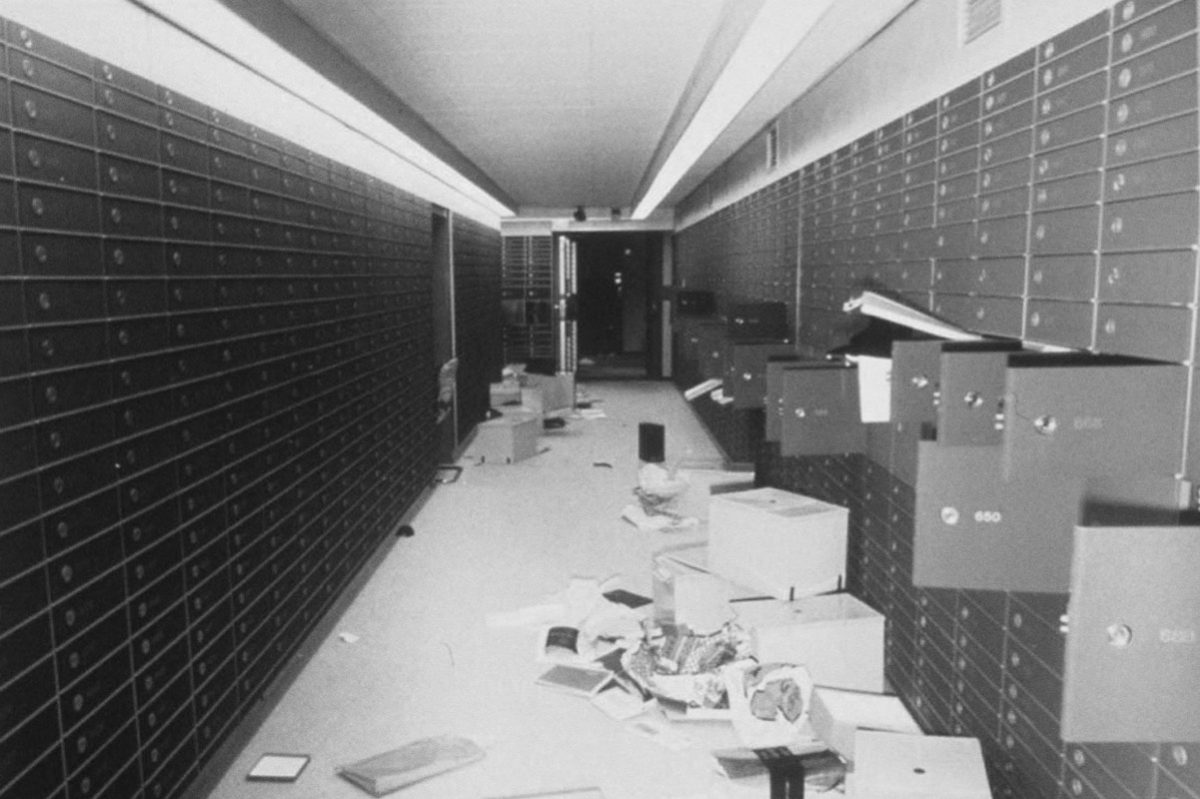 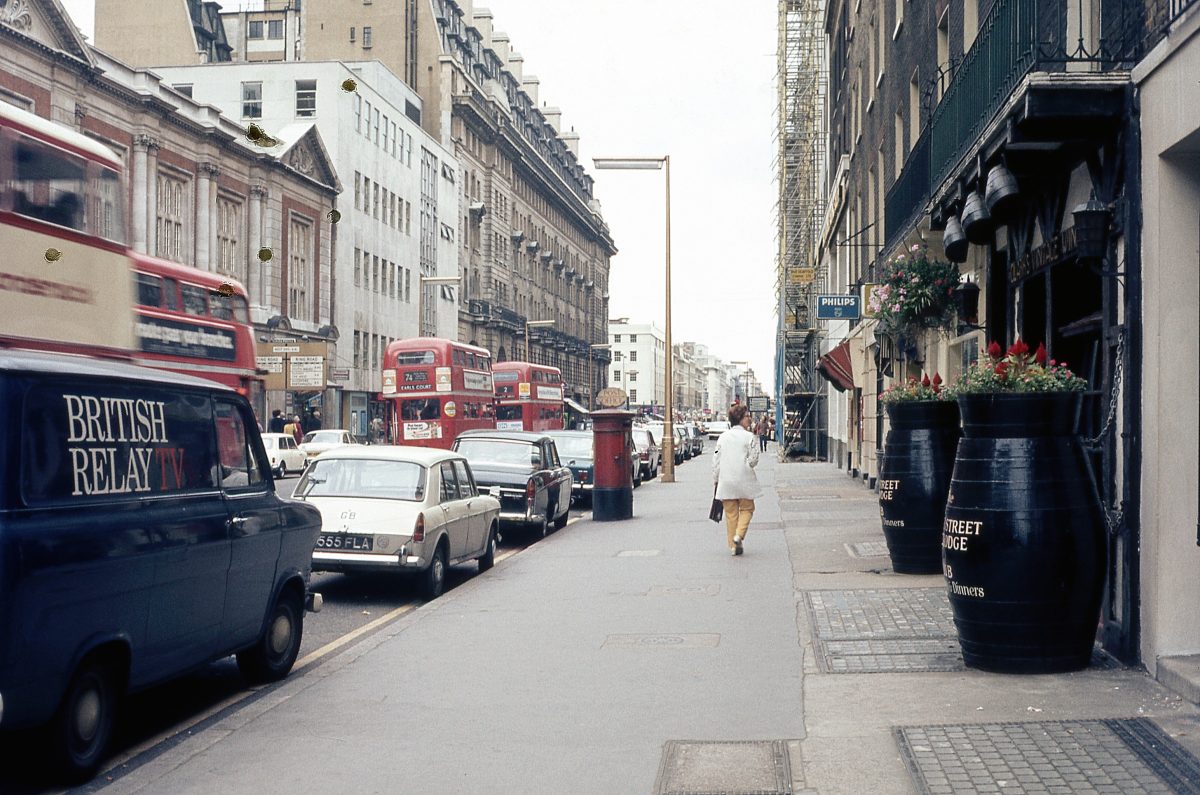