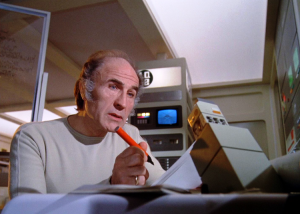 In the decade after Star Trek left the air, science fiction television programming branched off in new directions, featuring visions of dystopia like The Starlost (1973) and Gerry Anderson’s supreme space odyssey, Space:1999 (1975 – 1977).

Later in the decade, following the success of George Lucass Star Wars (1977), the genre saw another paradigm shift, and featured stories of swashbuckling fantasy-adventure such as Glen Larson’s Battlestar Galactica (1978-1979) and Buck Rogers in the 25th Century (1979-1981).

In the vast majority of these programs, producers and writers attempted to examine what the future might look like from a technological perspective. The tricorders, communicators and phasers of 1960s Star Trekwere left behind for a wave of new high-tech gadgetry.

Below are five of the niftiest examples of futuristic tech from 1970s sci-fi TV. 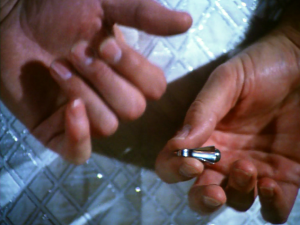 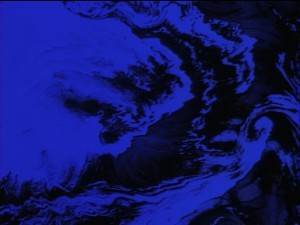 1. The Black Light Bomb (Buck Rogers in the 25th Century)

When Buck Rogers (Gil Gerard) acted as a secret operative for the Earth Defense Directorate in 2491 AD, he would often go on dangerous missions.  And when those missions got too dangerous to handle, he would use a unique quiver in his arsenal: the black light bomb.

Hidden in a small ring, this defense weapon, when thrown to the ground, would send up a haze of impenetrable black light that would confuse the enemy, and give Buck a few seconds to escape from the crisis.

The Black Light Bomb was utilized in first seaon episodes including “The Plot to Kill a City,” and “Escape from Wedded Bliss.”  In the latter case, Buck utilized a black-light bomber just as he was about to be forced to take wedding vows with Princess Ardala (Pamela Hensley).

We hear a lot about Star Trek phasers acting as defensive weapons, not asguns, and in a sense, Buck’s Black-Light Bomb fits the same bill.  It doesn’t really hurt anyone, and makes a getaway possible. 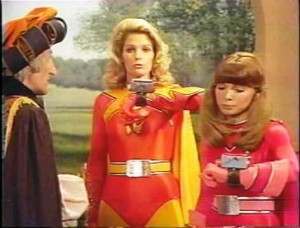 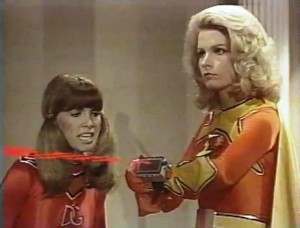 Sure, the Electrocomp — molded in bright pink — looks cheesy as hell on screen. But this device, used by superhero hero Electra Woman (Deidre Hall) in Sid and Marty Krofft’s Batman knock-off Electra Woman and Dyna Girl  is a super-computer you wear strapped to your wrist.  It’s a communications device or walkie-talkie too, and it can shoot laser beams at offending criminals.

Just show me an iPhone that can do all that. 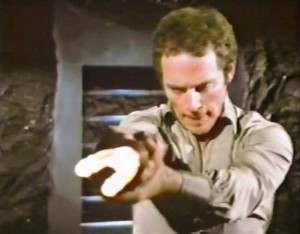 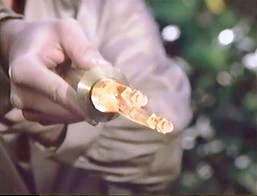 A man from the 23rd century, Varian (Jared Martin) utilizes this all-purpose healer /defensive weapon in The Fantastic Journey, a series about a group of travelers stranded on an island in the Bermuda Triangle.

Although the sonic energizer is the closest device on this list to The Doctor’s handy sonic screw-driver on Doctor Who, it has the nice advantage of an attractive tuning-fork attachment, which lights up and puts on a pretty show when activated.

Again, the idea here is of a defensive weapon.  Varian is supposed to be from an age in which mankind is no longer violent or aggressive, so the energizer is more accurately a tool than fighting machine. Yet, as the series progresses, Varian uses the sonic energizer more and more aggressively. 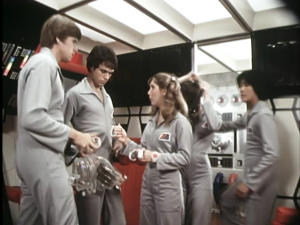 The cadets of the Space Academy, on the Filmation Saturday morning series of the same name, could visit the surfaces if other non M-Class worlds without donning space-suits thanks to this wrist-watch-like device. 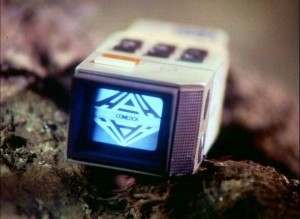 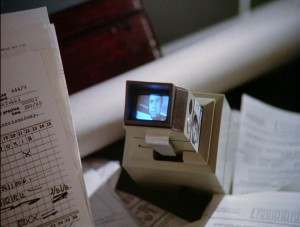 One of the coolest and most practical gadgets on any science fiction television series — in any decade, actually — is Moonbase Alpha’s commlock on Gerry Anderson’s Space:1999.

This tool is much more than a mere “video phone” or communicator. Every commlock is programmed specifically for each operative on the lunar installation, thus providing different levels of clearance according to division, rank and assignment.

The commlock can also interface directly with the base’s Main Computer, and thus order it to perform such tasks as access crucial information or even open and close doors remotely.  This function makes the commlock work within a kind of Intranet, one might conclude.

Each commlock also had a desk-bound docking station, presumably for re-charging, and a clock function, displaying lunar time.

Suitable for operation on Moonbase Alpha, or on a planetary surface, the commlock itself still looks awesome today, even with its out-of-date, push-button panel.

But with a docking station and access to base wide computer system, the commlock absolutely anticipated the age of iPhones, and more than that, the dawning age of smart homes as well, in which temperature, locks, lights and so forth can be controlled from a pocket-sized device.