Those of us who have been around for half a century or so can attest to the dramatic change in the American home. Here is a list of the top 5 changes as I see them.  I promise to try and restrain my inner grumpy old man.  Instead, I’ll try to maintain the impartial scientific mindset of a time traveler peeking in the windows of homes from the 60s-70s and comparing them to the homes of today.

Actually, a time travelling Peeping Tom sounds kind of creepy – so, on second thought, I’ll stick with the grumpy curmudgeon. On with the list… and you kids get off of my lawn! 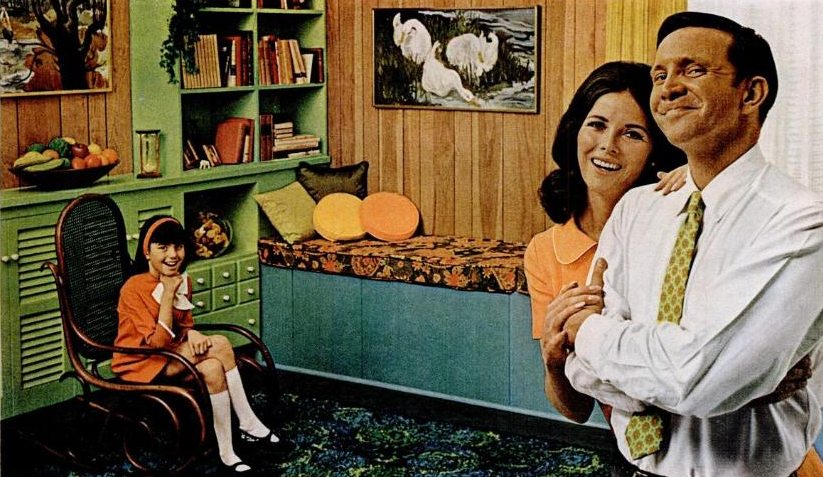 Families are Smaller, Houses are Bigger

Every city and town in America has the “older neighborhood” – not the historic fancy houses, I mean the homes built in the 1960s-80s.  These are the cheap homes – not just because they’re older, but because they are SMALLER.  In the decade or so before the real estate bubble burst, newer homes got significantly larger despite the fact that homes, on average, contained less people.  What gives?

One reason for the ballooning of the homestead is that you can build it on the cheap.  Cookie-cutter McMansions aren’t built to last and every component can be mass produced.  Plus, not only is it cheaper to manufacture, but Americans will go way, way, way beyond their means in order to upscale their living quarters.  For whatever reason, in the 60s and 70s there wasn’t this frantic compulsion to get a big-ass house.  The middle class was content to look middle class… and ultra-high interest rates (12-18%) during Jimmy Carter’s reign made sure it stayed that way. 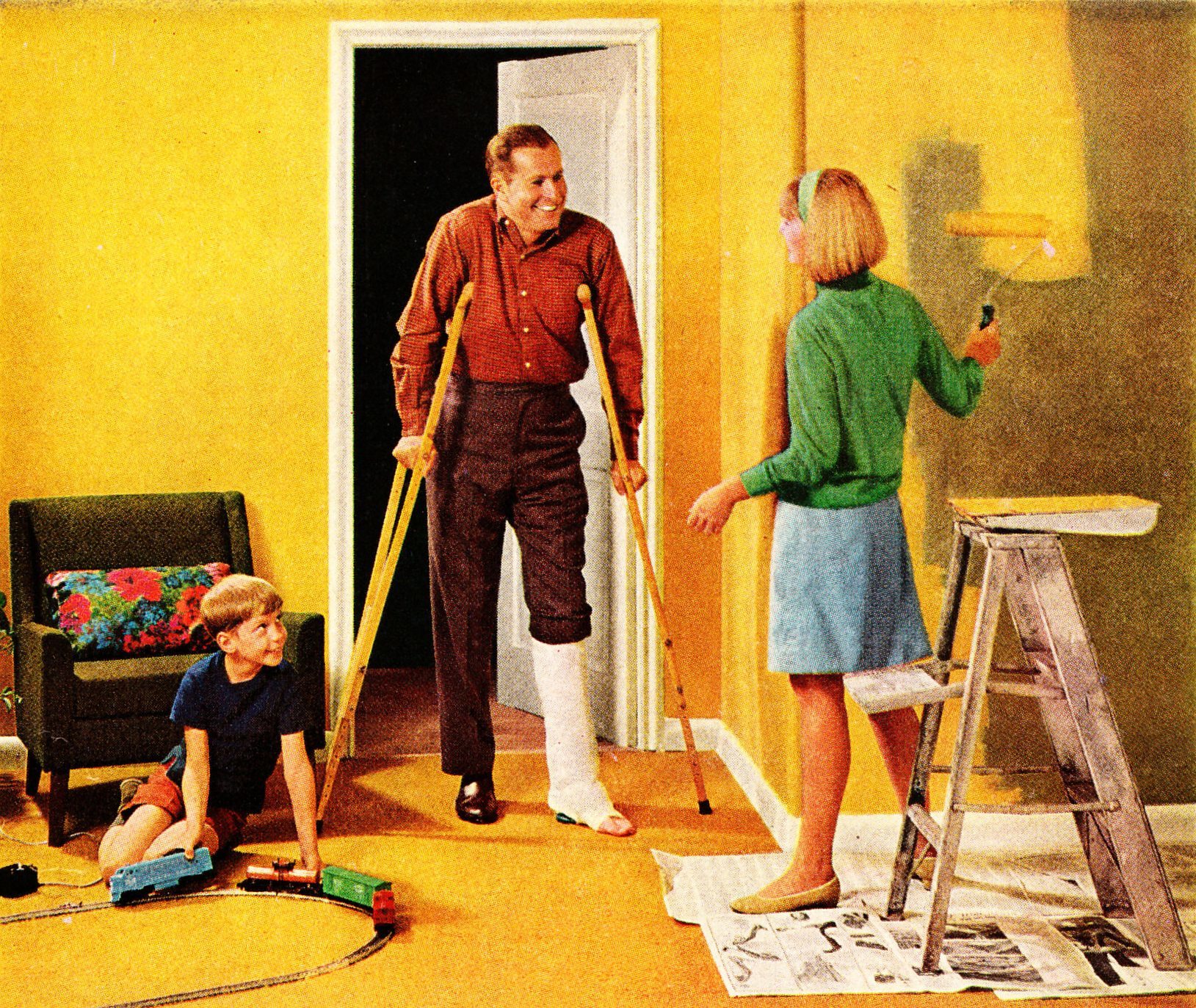 Perhaps it all started with those Home & Garden TV shows where every home looks so damn nice; but, once upon a time, most homes looked fairly crappy – by today’s standards, anyway.  I don’t mean dirty.  I mean, furniture, appliances, and overall décor wasn’t updated very often.  Today, a countertop that’s not granite, a refrigerator that’s not stainless steel, and a bathroom that doesn’t have a double vanity with garden tub will cause great sorrow and gnashing of teeth for new home buyers.  Everything has to be just perfect.

I remember many a home in the 1980s still looking very much like it was still the 70s.  This wasn’t out of the ordinary.  An updated kitchen was cause for much fanfare (and mumbled concerns that they’d broke the bank).   Siblings shared rooms, and mom and dad got along just fine without a walk-in closet. And, yes, there was probably plastic on the couches in “the nice room”.  Sure, it made for sweaty discomfort, but that sofa’s upholstery would last longer than the Cold War. 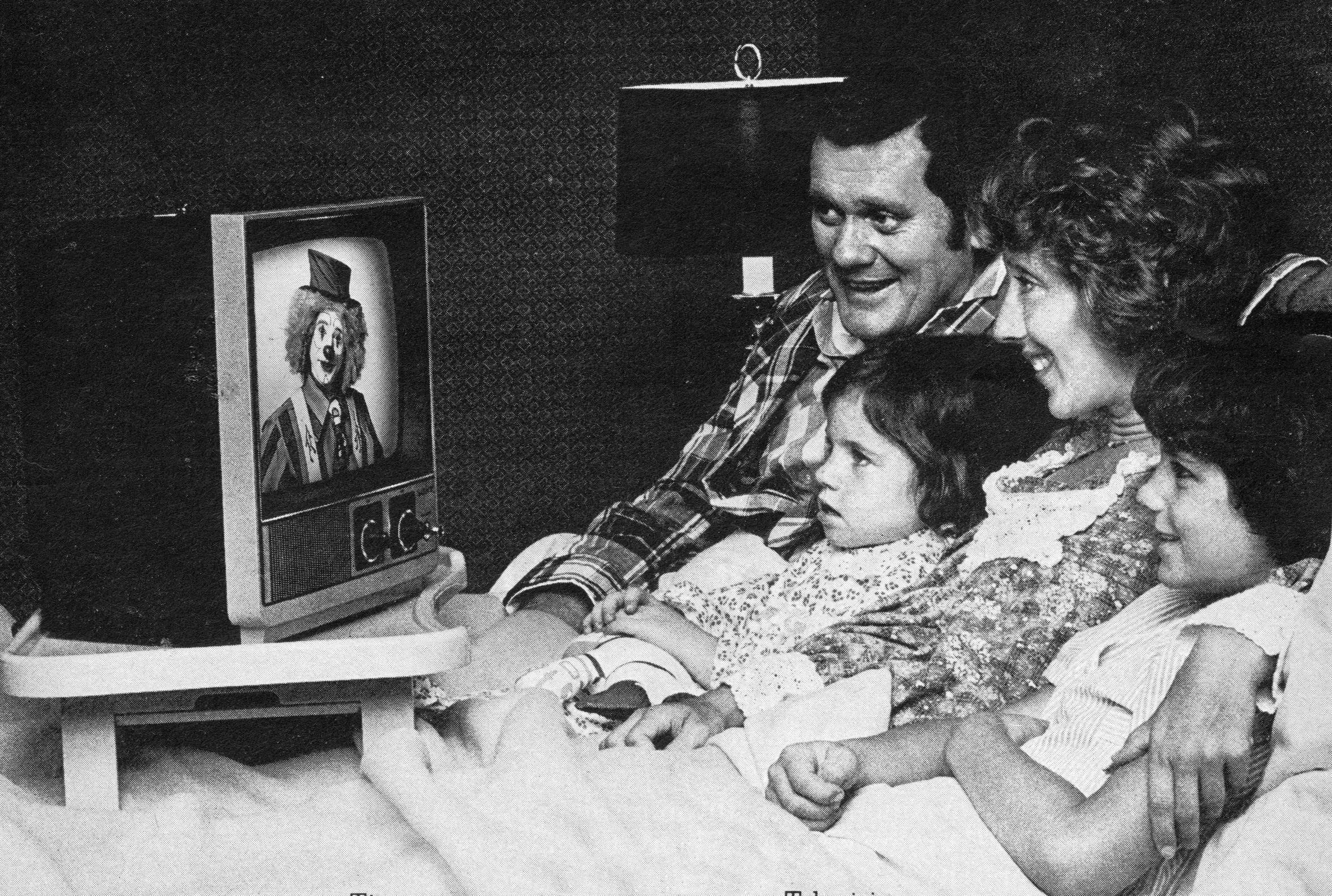 Let me come clean and disclose that I have 3 televisions in my house – and one of them is absolutely gigantic.  If you add computer monitors, the grand total is up to 6.  So, I’m no Luddite claiming that being fully submerged in a world of plasma and liquid crystal displays is a bad thing…… but, I’m not so sure it’s a good thing either.  Yes, football games are awesome on 70+ inches of High Definition and Surround Sound.  Yet, some of my fondest memories are of watching sports in the 1970s on a crummy little TV with rabbit ears.

But my point isn’t about how the size and quality of television has improved – it’s about the sheer immersion of it all.  It’s the focal point of every living room, and it’s found in nearly every bedroom (and often kitchen) in the US.  As books become harder and harder to find in American homes, flat screens are popping up everywhere.

You can certainly abuse and overload on a crappy 1967 B&W TV just as well as a brand new one; however, with the addition of computer screens into the mix, I don’t think there’s any argument we are pushing the envelope; getting ever closer to the pseudo-reality prophesied by Simon & Garfunkel: “And the people bowed and prayed to the neon god they’d made.” 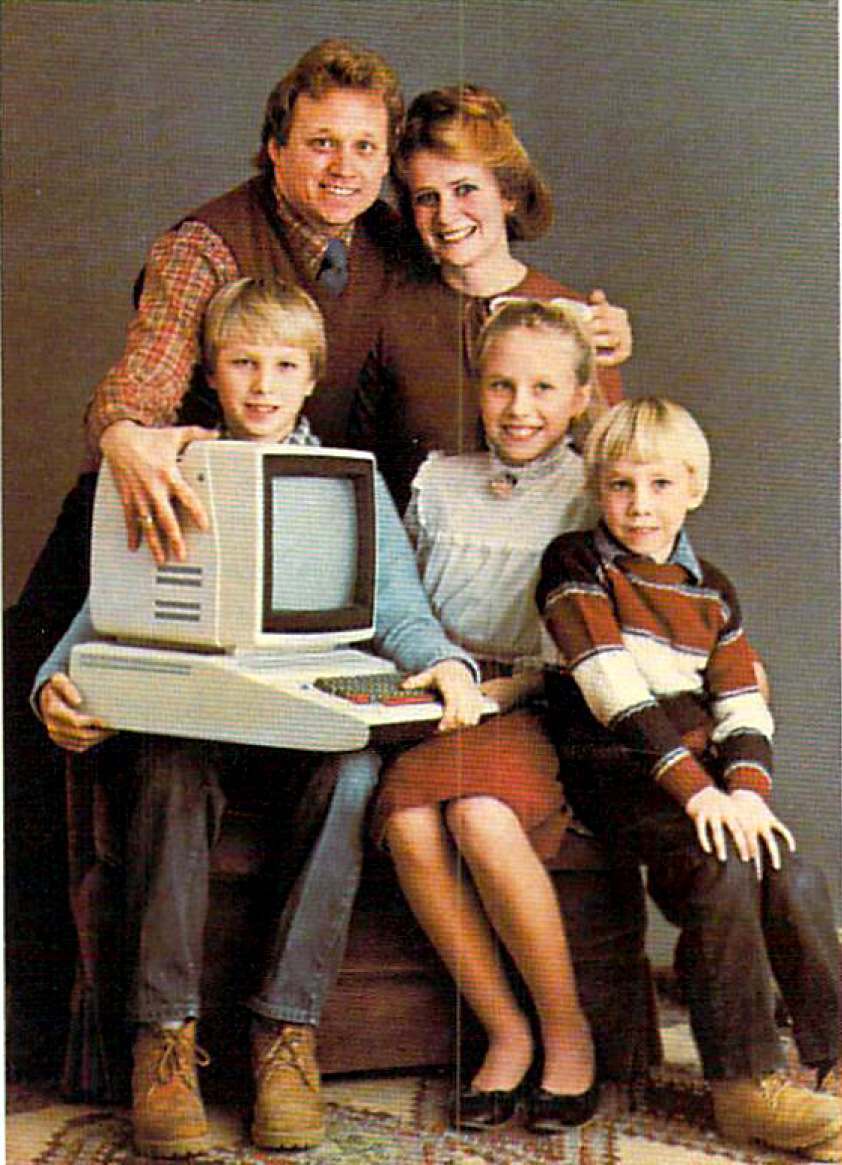 The stereotypical suburban neighborhood brimming with children at play is becoming more and more scarce in the States.  Our quite, often eerily vacant neighborhoods once resembled Lord of the Flies, with great hordes of un-chaperoned youth loitering the streets.  Sure, there are still bastions of free roaming children; however, due to concerns over crime, children often don’t interact outside the schoolyard except via “play dates” (the very words sicken me) and organized sports.

The adults are no better.  It’s become cliché to comment on how no one knows their neighbor anymore.  Again, there are pockets of community familiarity throughout the nation; however, each year we retreat further and further into the safety of our home, away from ”intrusions” of neighbors.  After all, both parents work, we’ve had a long week, and we’ve got a couple episodes of Game of Thrones to catch up on.

The cloistered home with everyone stuck alone indoors naturally leads to massive amounts of TV, Internet and video game use.  I suppose, given the right amount of parental determination, this self-imposed isolation could lead to a tighter family unit…. But we all know that’s the exception, not the rule. 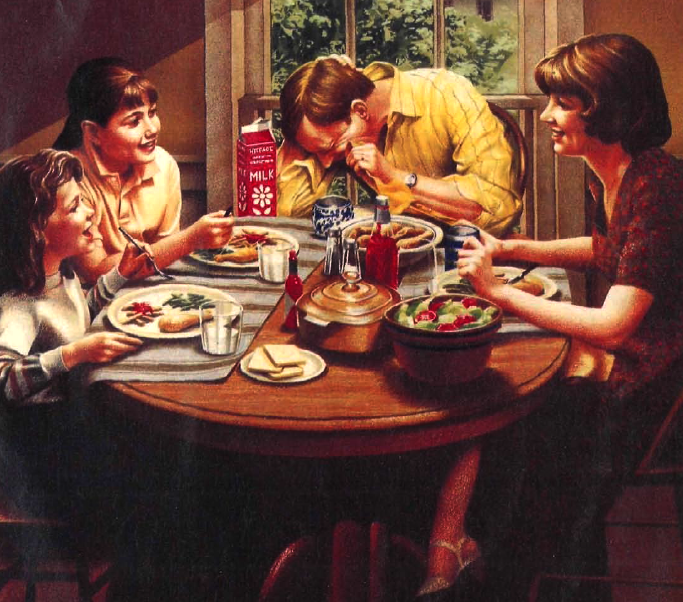 Dinner On the Go

If you’ve had a chance to visit the Carousel of Progress at Disneyland or Disneyworld, you’ve seen Walt Disney extol the glories of technology advancements in the home – specifically the wonders of kitchen appliances.  There’s no doubt microwaves, refrigerators and dishwashers did transform things – so much so, that mom could enter the workforce as household chores took much less time.  Yet, the “Kitchen of Tomorrow” came to a screeching halt in the 1980s.  Your dishwasher may have more whistles and bells than your mom’s 1982 Whirlpool, but it’s basically the same old machine.  There just hasn’t been any revolutionary kitchen advancements for quite some time.  Why?

The prime reason is that everyone’s eating out.  Ironically, the same appliances that allowed mom to go to work have been rendered almost pointless by the fact that mom is now too busy with work to cook elaborate meals (or even cook at all).  The fact is, most families don’t sit down at the dinner table together anymore (insert the sad sounds of a violin here).  Indeed, the majority of homes don’t utilize their dining room at all except for rare instances when there are dinner guests.

My memories of dinner as a family mostly consist of awkward chewing and clinking of silverware, interspersed with arguments and stilted conversation.  So, perhaps, the “dinner as a family” is overrated; maybe it doesn’t belong as an ideal.  Drive-thru at McDonald’s can be just as uniting for the family unit – it’s all what you make of it.  But whichever side of the fence your opinions lie, you can’t deny that the growing trend toward separation and isolation was given yet another boost by the phasing out of the family dinner.