THE Museum of New York City has a Stanley Kubrick collection.

Between 1945 and 1950, Stanley Kubrick worked as a staff photographer for LOOK magazine. He was not yet Kubrick, the famous film director; he was just Stanley, the kid from the Bronx with an uncanny photographic sensibility. Only 17 years old when he joined the magazine’s ranks, he was by far its youngest photographer. Kubrick often turned his camera on his native city, drawing inspiration from the variety of personalities that populated its spaces. Photographs of nightclubs, street scenes, and sporting events were amongst his first published images, and in these assignments, Kubrick captured the pathos of ordinary life in a way that belied his young age. The Museum’s collection contains 129 of Kubrick’s assignments for the magazine, encompassing more than 15,000 individual images, the vast majority of them never published.

Columbia University [David Anderson, Columbia psychology lecturer, tries a simple experiment with a rat to teach it to pull a chain and get food.] 1948 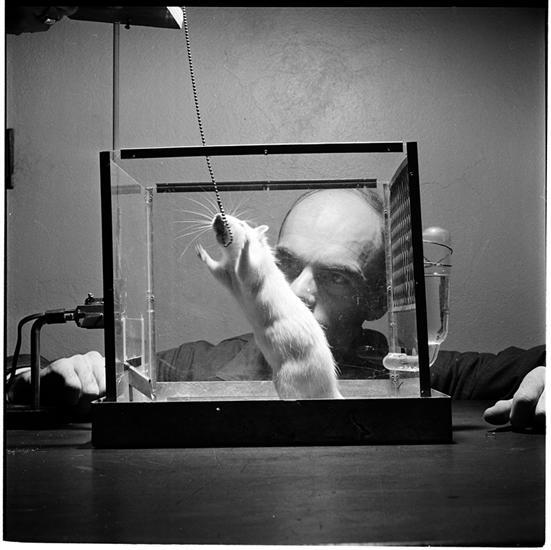 Street Conversations [Man adjusting his tie on the sidewalk.] 1946

Park Benches – Love is Everywhere [Couple kissing in an alleyway.] 1946

Beaux Arts Ball [Man and woman at a costume party for members of the Architectural League of New York.] 1949

Palisades Amusement Park [Man and woman with a doll.] 1946

Art by Celebrities Sponsored by the Urban League [Woman looking at paintings at the art auction.] 1948 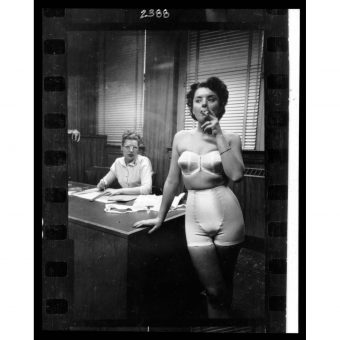 1949 Chicago: A City Of Extremes Photographed By Stanley Kubrick 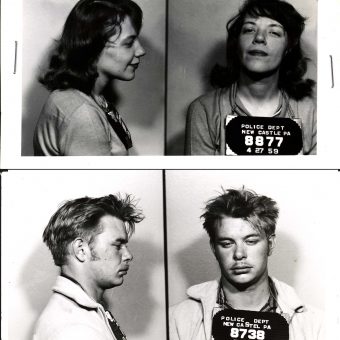