TECHNOLOGY has been rocketing along so quickly, it’s difficult to put on the breaks, stop for a moment and get a perspective.  Sometimes you just need to dig your heels in and take a look backward.  As the current rushes you madly onward, it may do you good to just pause and see how far we’ve come in such a short amount of time.

Taking a look at progress in technology as whole is much too broad; our heads will likely explode if we try and take it all in.  Instead, let’s just look at your phone – that thin little rectangle you have in your pocket or are looking at right now… 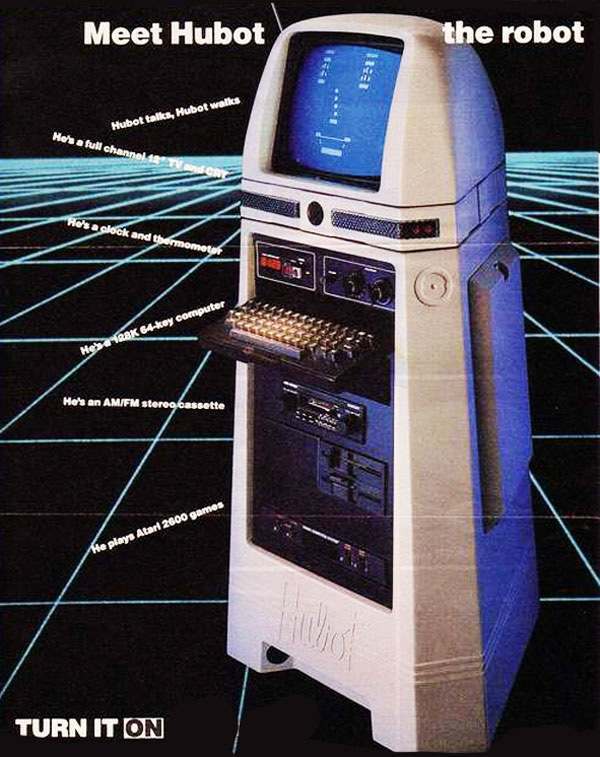 It can do more than Hubot could ever dream of.  And while it is unlikely Hubot was capable of dreaming, it could play AM/FM radio, check the temperature, tell the time, and play Atari 2600 games.  Hubot came with a price tag of $3495 in 1981 – adjusted for inflation that comes to $8957 (£5432).  For that kind of price, Hubot better be able to do dishes, kill intruders, and stimulate pleasure centers on command.

Alas, it did not.  But let’s look at a single function on your mobile device that you likely take for granted: voice messages. 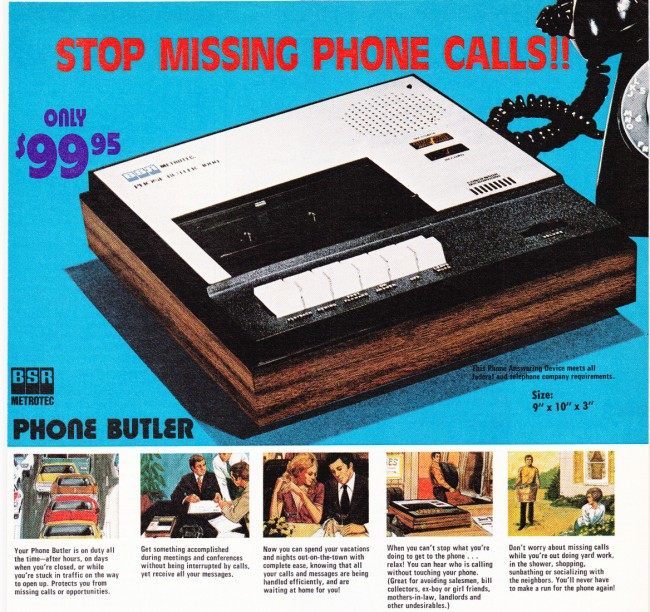 To read this advert, it sounds as though your very life is going to change thanks to an answering machine.  Indeed, the Phone Butler will rid you of your cumbersome existence, and introduce you to the jet-setting world of recorded phone messages.

Now you can spend your vacations and nights out on the town with complete ease, knowing that all your calls and messages are being handled efficiently, and are waiting at home for you!…. Don’t worry about missing calls while you’re out doing yard work, in the shower, shopping, sunbathing, or socializing with the neighbors, you’ll never have to make a run for the phone again!

It’s hard to imagine that something as commonplace as voice messaging was sold as an answer to prayers just a few decades back.  That would be like saying having no phone cord was a miracle of science – hey, what a sec… 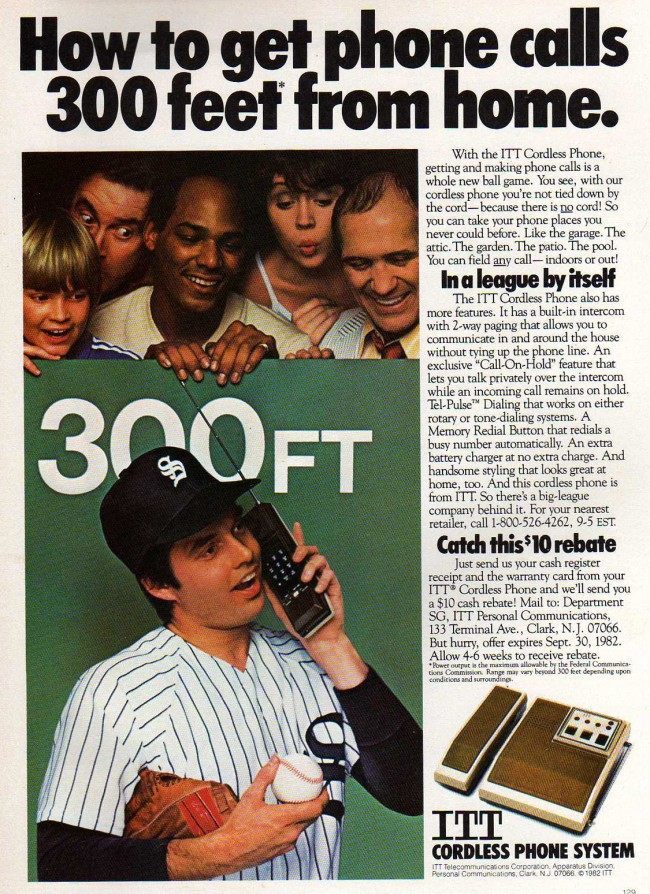 “You see, with our cordless phone you’re not tied down by the cord – because there is no cord!”

No longer was mankind tethered; he was free to roam from patio to garage to toilet with splendid freedom.  Advertisements announced this latest break with great fanfare.  Of course, no longer being “tethered” meant you were also never out of reach.  So, in a twist of fate, going cordless resulted in less freedom.  Who knew? 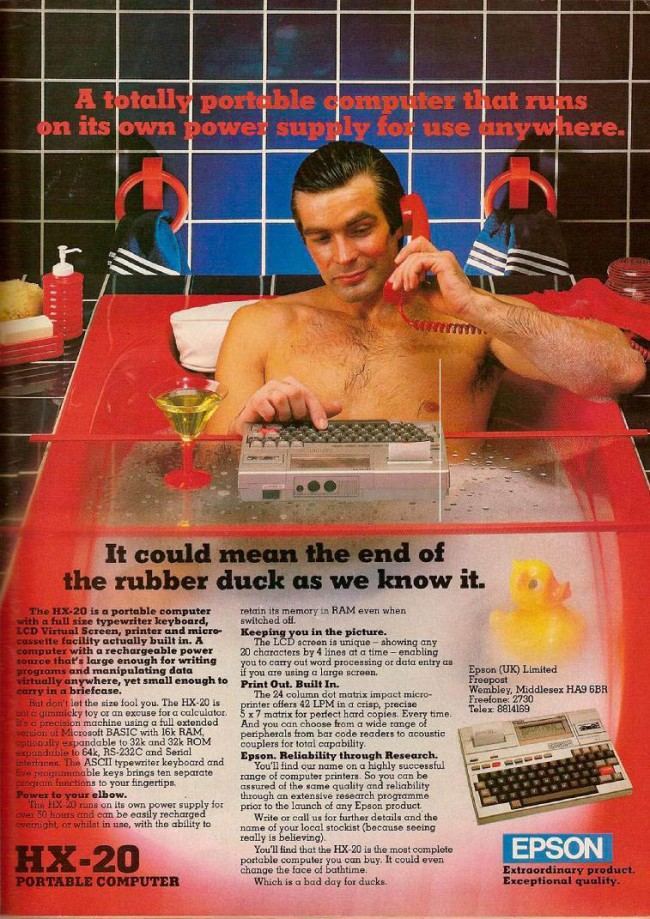 In the ‘80s, you knew you “made it” if you could conduct business from your tub… preferably while sporting a self-important smirk.  Once again, the advertisers are driving the point home that your tech devices no longer require terminals – they are wherever you are.  Our younger generations will never know the type of world where you have designated phone and computer locations – things haven’t just become portable, they are damn near bodily appendages. 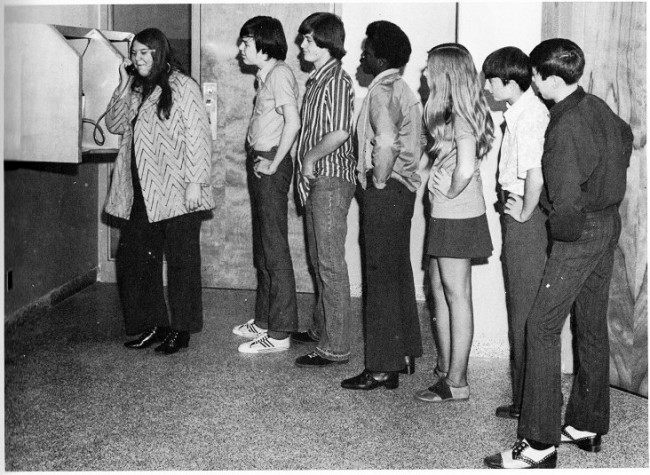 Another thing future generations will never know is the telephone queue.  The very thought of actually having to wait your turn to use a phone is madness.  But there’s a flipside to this:  If you knew you had to spend a painful amount of time waiting in line every time you had to make a call, wouldn’t you use the phone less?  And if so, might you be doing something more enriching or enjoyable with the time? 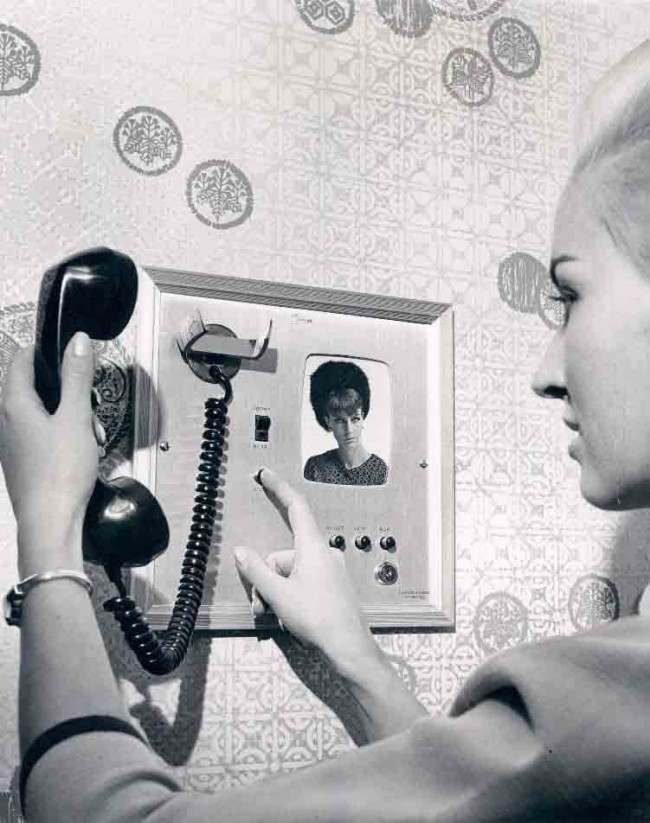 One thing that we’ve all collectively dreamed about in our science fiction is the “video phone”.  Every futuristic depiction worth its salt had one.  Of course, now Skype, Face Time and the like are just boring parts of life – no more shocking than your washing machine or toaster oven.  Who would have thought that a technology so anticipated would so quickly be taken for granted? 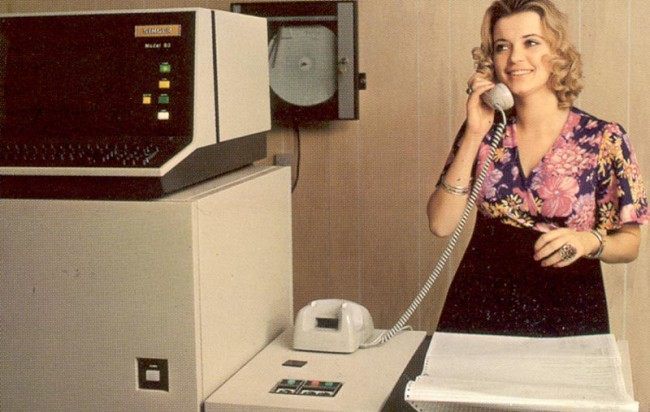 Well, we could stand in amazement at the many examples of brilliant communications technologies which have become mundane overnight.  However, the current is quickly pulling us onward.  No time to linger in quiet appreciation; in the time it took you to read this article, at least three of your tech devices have gone obsolete. 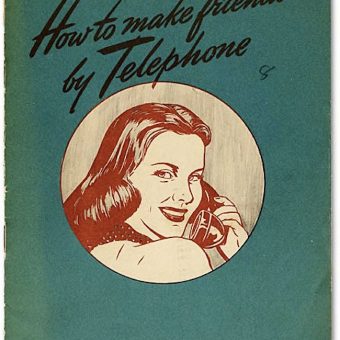 How to Make Friends by Telephone: A Fanatical Mid-Century Guide 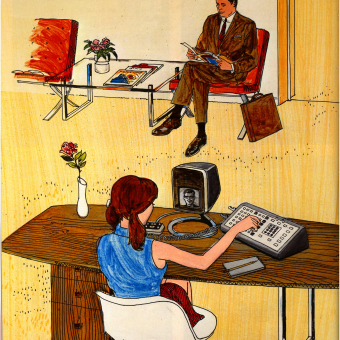 The Fantastic and Troubled History of the Video Phone 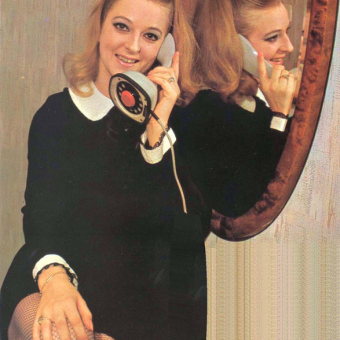 Dial “R” for Retro: 1960s-80s Ladies and Their Old-School Telephones 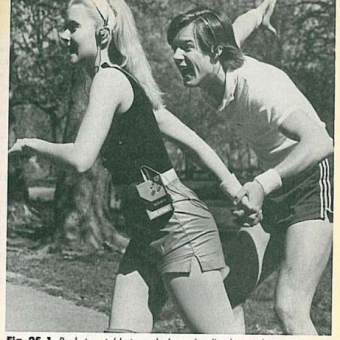