Here is a list of gadgets which weren’t available to consumers until the past few decades; yet, we probably don’t think twice about them today.   It’s as if they’ve always been around.  Indeed, younger generations can’t imagine existing in a world without them.  A world without remote controls? – the horror!

Note that some of these were, in fact, invented a long time ago, but weren’t readily available until much later.  For instance, Zenith had a remote control for their TVs as early as 1950, but we had to wait a couple decades before it was cheap enough to land in your average living room.  The bottom line is this: we were going ga-ga for gadgets that were invented only a few decades ago, yet we don’t think twice about them today.   Here’s a few examples… 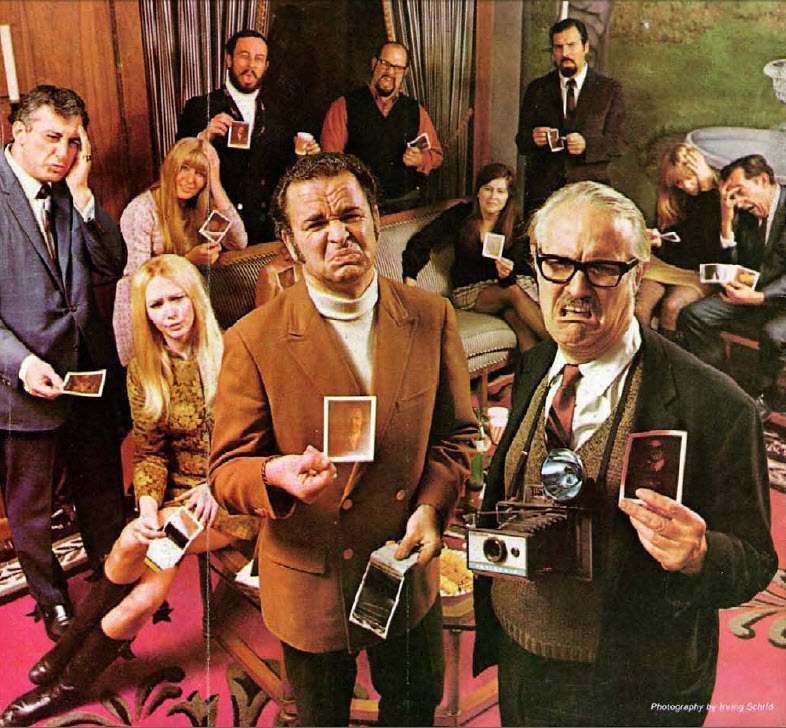 Next time you snap a photo of your overly trendy and expensive dinner to post on Facebook, remember that taking a picture used to be a very expensive and deliberate process.  Cameras didn’t come cheep, nor did the film… and then there was the development fee.  Plus, you had no idea what the photograph would look like until it was paid for and in your hands.

Sure, there was the Polaroid, which gave quicker results, but the photographs often looked horrible. Today we snap hundreds of pictures of our stupid pets without the slightest thought of expense or inconvenience.  Yet, it was not so long ago that Kodak was among the top five American companies. 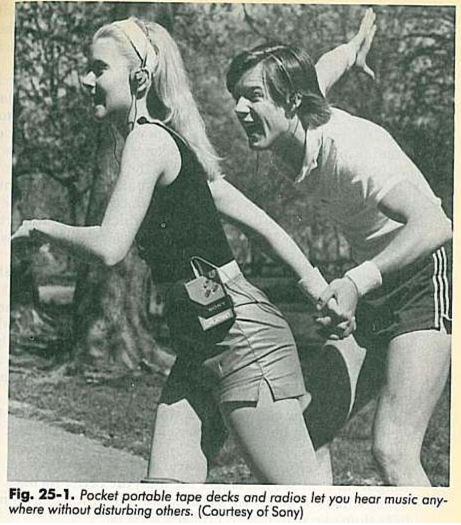 Does this man appear overly excited?  Well he should be.  One of the greatest inventions since the printing press is the portable audio player. For years, the only way to listen to recorded music was either your home stereo or the infamous ghetto blaster. Now you can shut out the world and retreat to your little capsule of sound. Sweet, sweet escape. 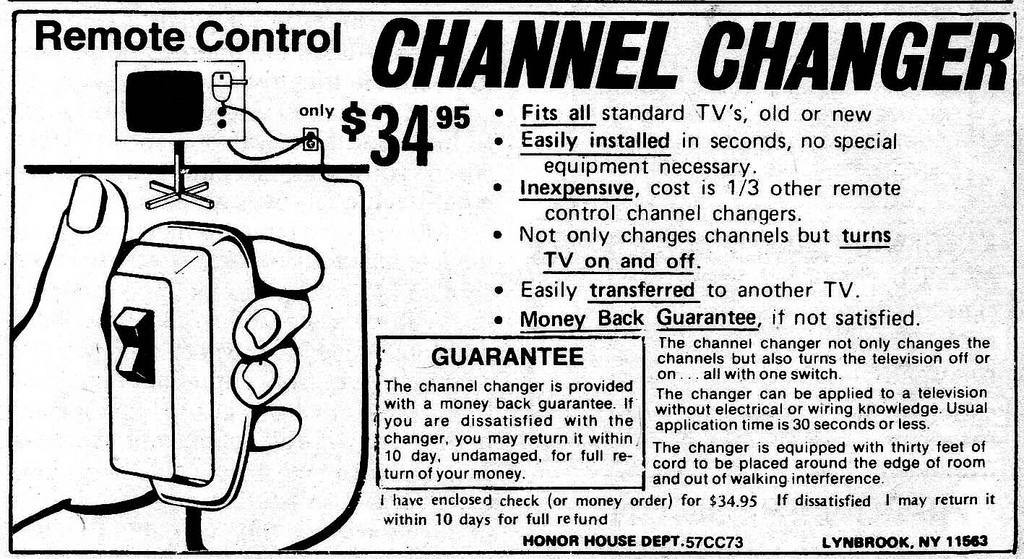 Remember having to change the channel by hand? Those UHF channels were a bitch, and then you had fine tune it every time. Ugh.

Our first remote was attached to the VCR by a long wire, and we thought we’d entered the space age. I don’t recall when I got my first cordless remote; probably the mid eighties. Back then, you only had a handful of channels, so not having a remote wasn’t as miserable as you’d think. Today, with hundreds of channels (all crap), a remote is a requirement. 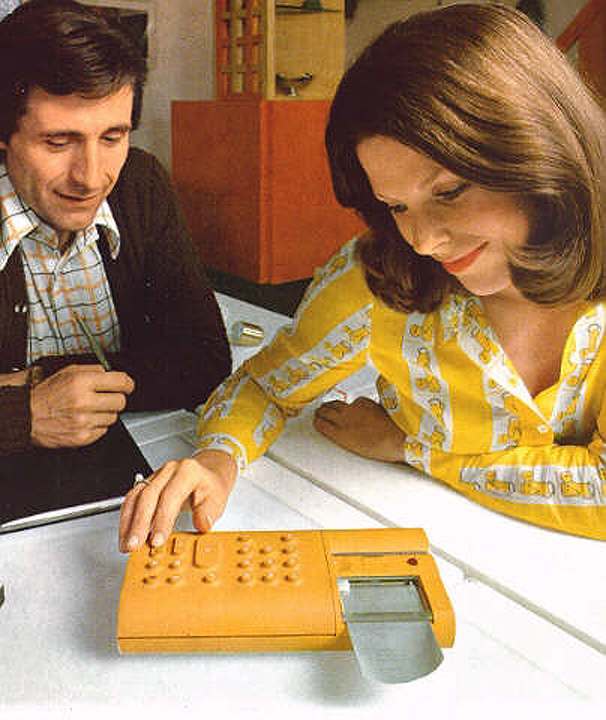 One of the most taken-for-granted electronic device has to be the calculator. You may have forgotten that for the longest time calculators were not affordable for your average family. Engineering majors would have lay down a hefty loan to get a calculator for college – they were big, bulky and ridiculously expensive.

Can you imagine not having one today? Granted, most of your personal finances are done automatically via your bank; however, I still can’t imagine having to whip out a pencil and paper every time I needed to calculate something. 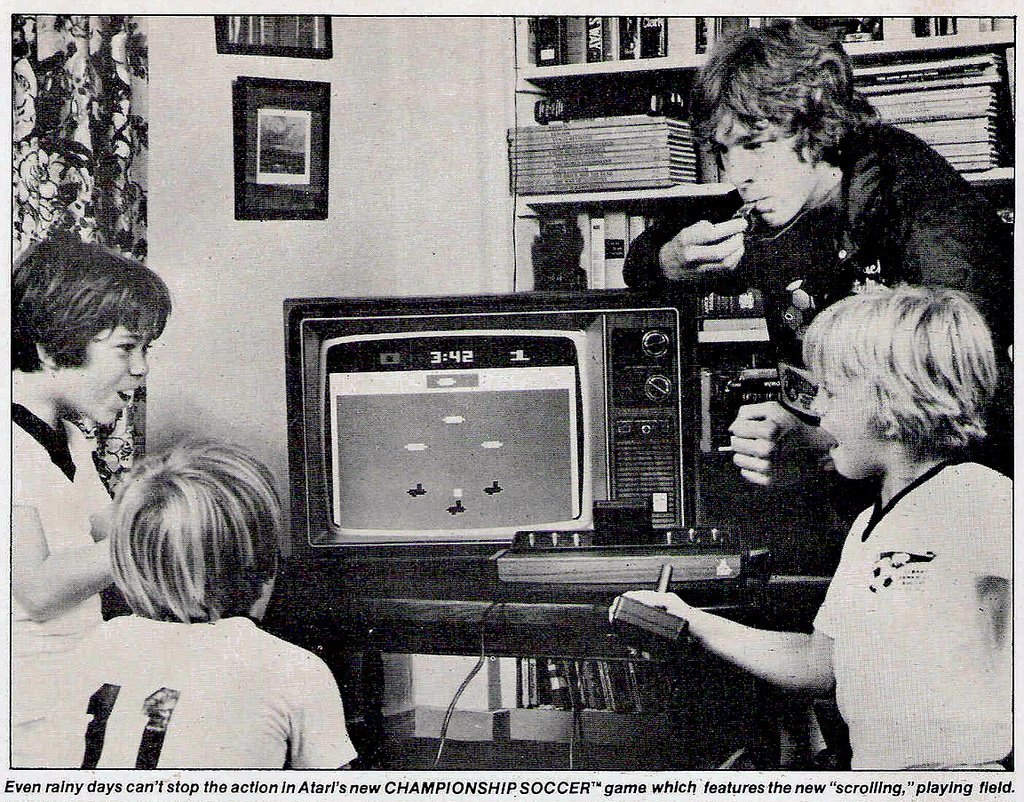 How is it possible that a generation of kids were transfixed by the simplest of graphics?  It’s because mankind had not seen anything like this before.  Yes, Pong and Asteroids look ridiculous by today’s standards; but they were nothing short of revolutionary at the time. 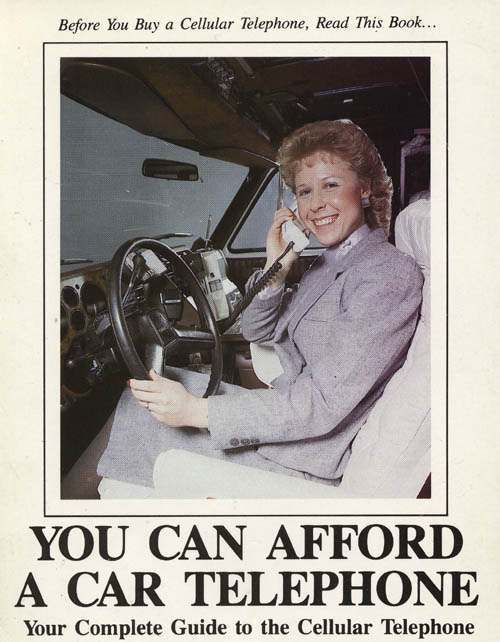 What you think of as a cell phone didn’t exist until the past decade.  Little did we know, the cell phones of the 1980s would become a part of every human being like some bionic parasite. 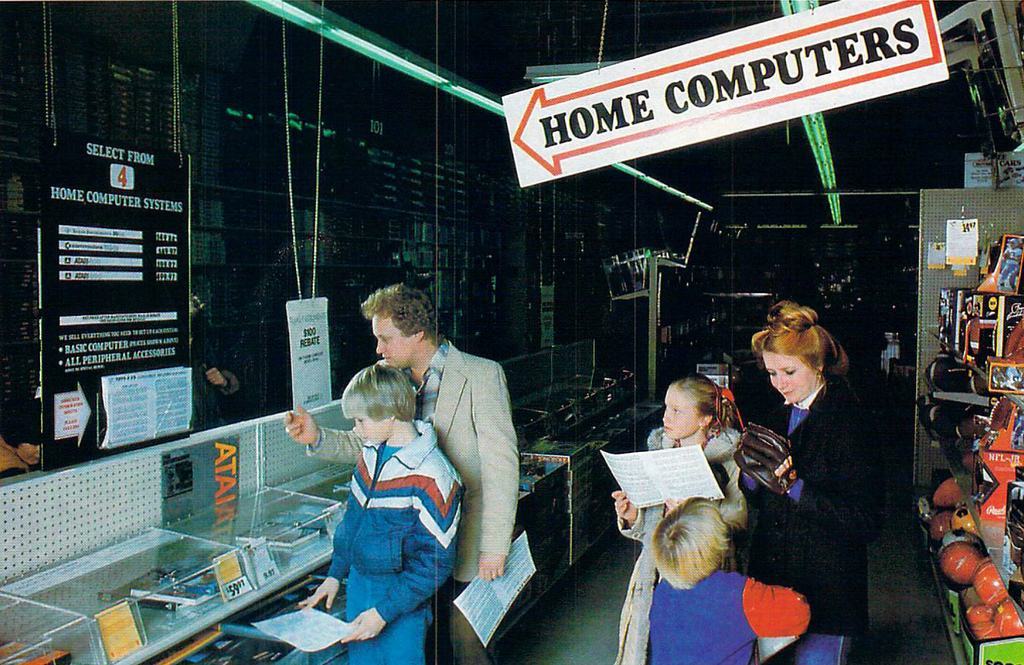 It was just a few decades past that homes were devoid of computers.  In the 1980s, they started landing in living rooms and places of business.  By the 2000s they started getting ubiquitous.  In the scheme of things, that isn’t really a lot of time – these things are relatively new to our world, yet we already can’t imagine life without them. 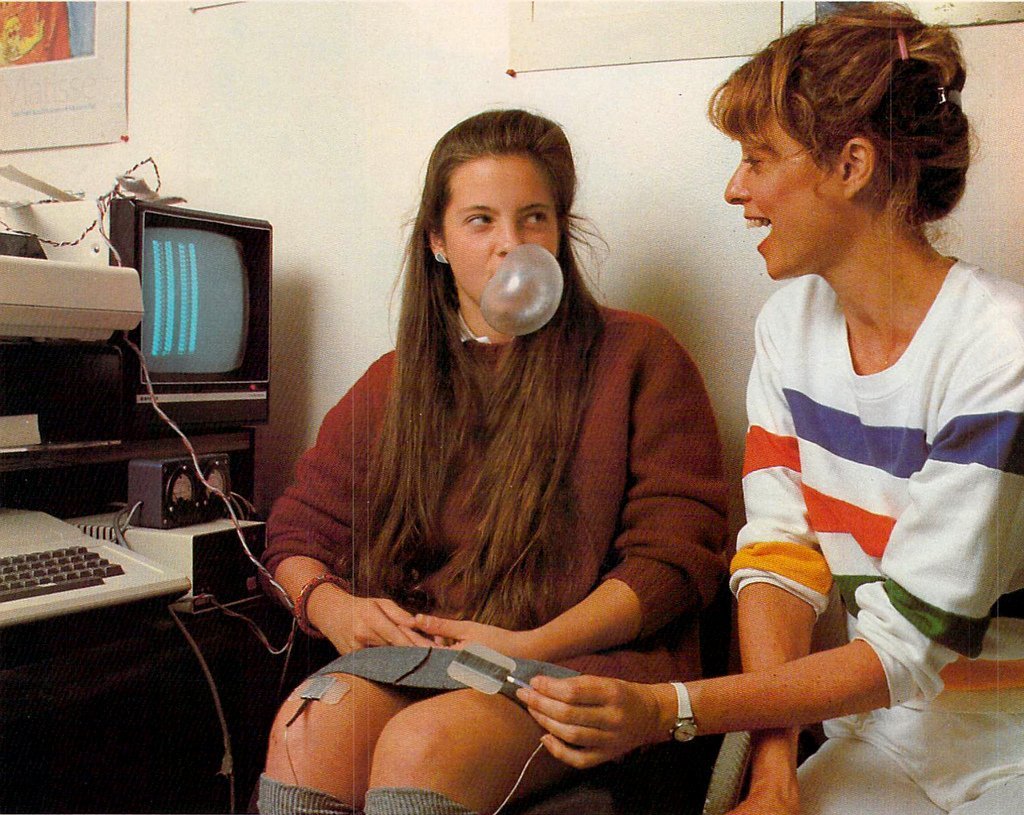 Can your mind even comprehend a visit to the doctor without the participation of some kind of electronic device?  If I’m not having my vitals read by some fancy electronic thingy, I might as well go back to the Middle Ages and get leached.   We take for granted that our hospital stay is going to be non-stop electronic whistles and bells.  Most of us have no idea what half these things do, but we are lulled into feeling safe and sound by their high-tech grandeur (and the drugs they drip into our bloodstream). 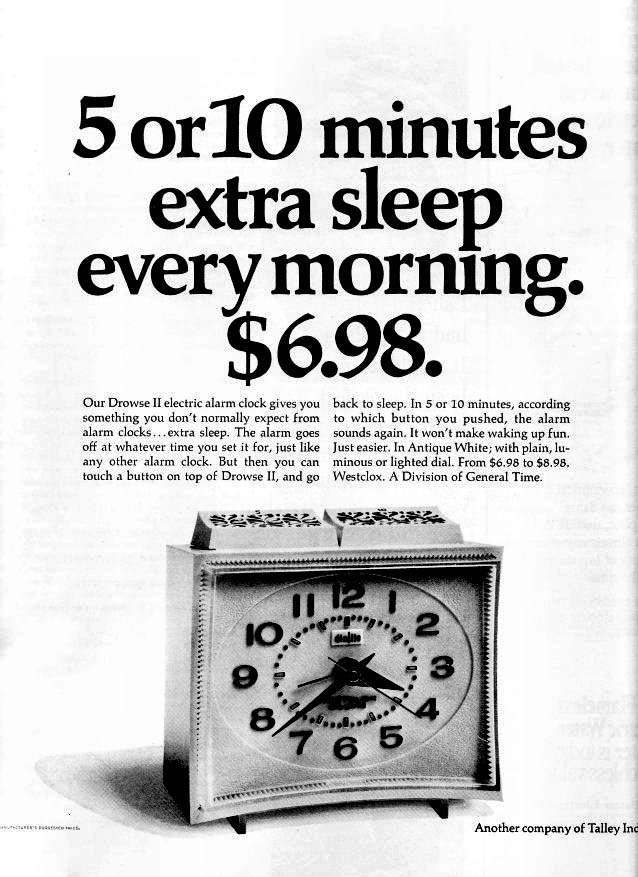 There’s so many things we’ve grown accustomed to over the years, that we forget we didn’t have them back in the 1970’s. It’s easy to remember a time before cell phones, personal computers, cordless remotes, TiVo and microwaves… but we forget such simple things as the snooze button.

In my mind, the snooze button is the next greatest invention ever. Those ten minutes are the best sleep of the night.

Of course, digital timekeeping itself should also make this list.  It wasn’t all that long ago we all had to use the big hand and the little hand to tell time…. these days, most kids can’t tell time using an analog clock. 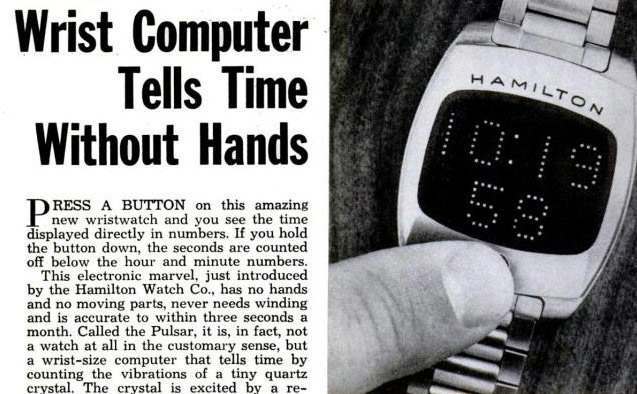 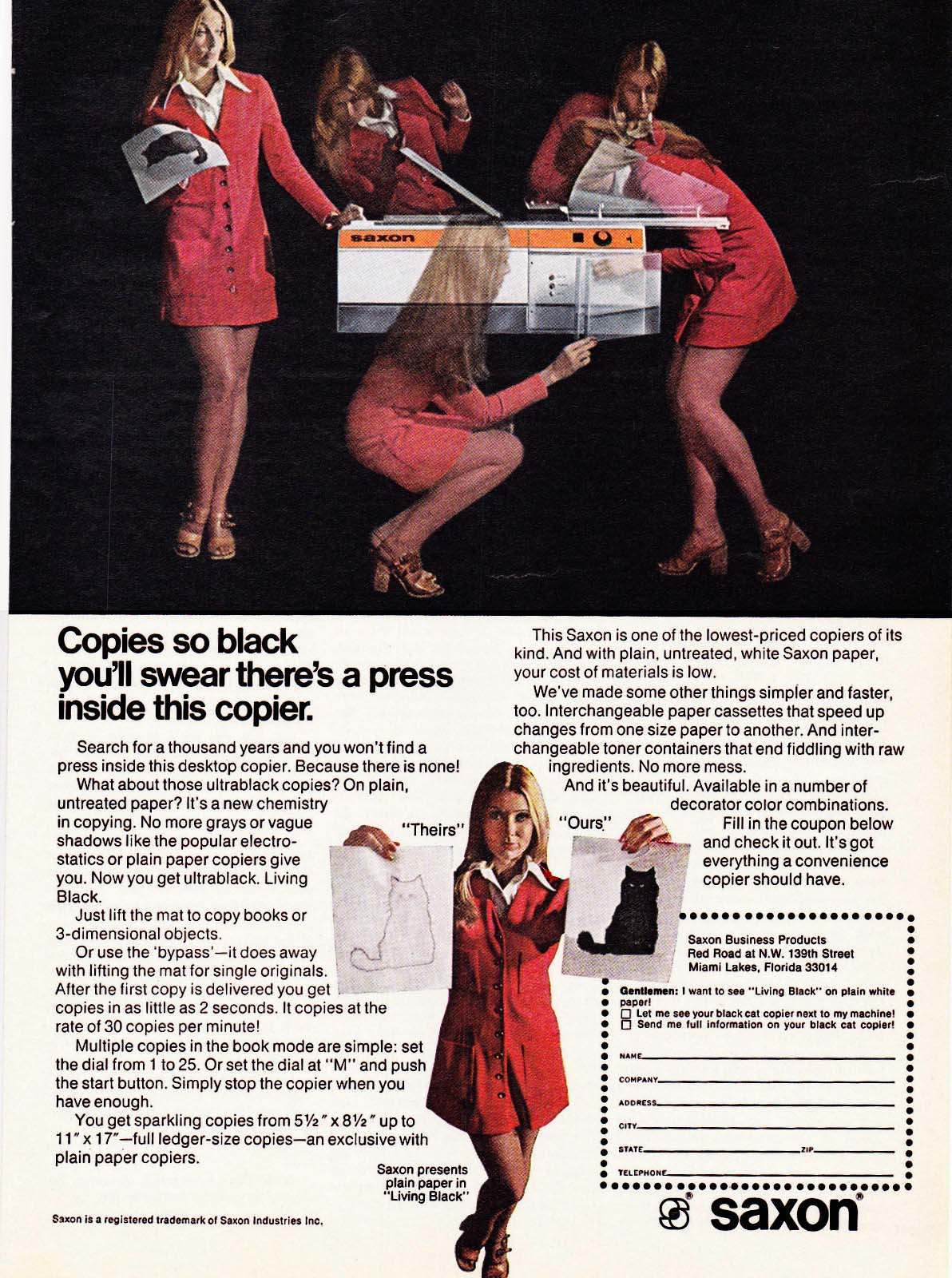 It wasn’t so long ago that if you wanted two copies of something you had to either (1) retype the whole damn thing, or (2) use messy, filthy carbon paper.  Large businesses had Mimeograph machines, but for the rest of humanity, creating duplicate copies of any document was a royal pain or a royal mess. 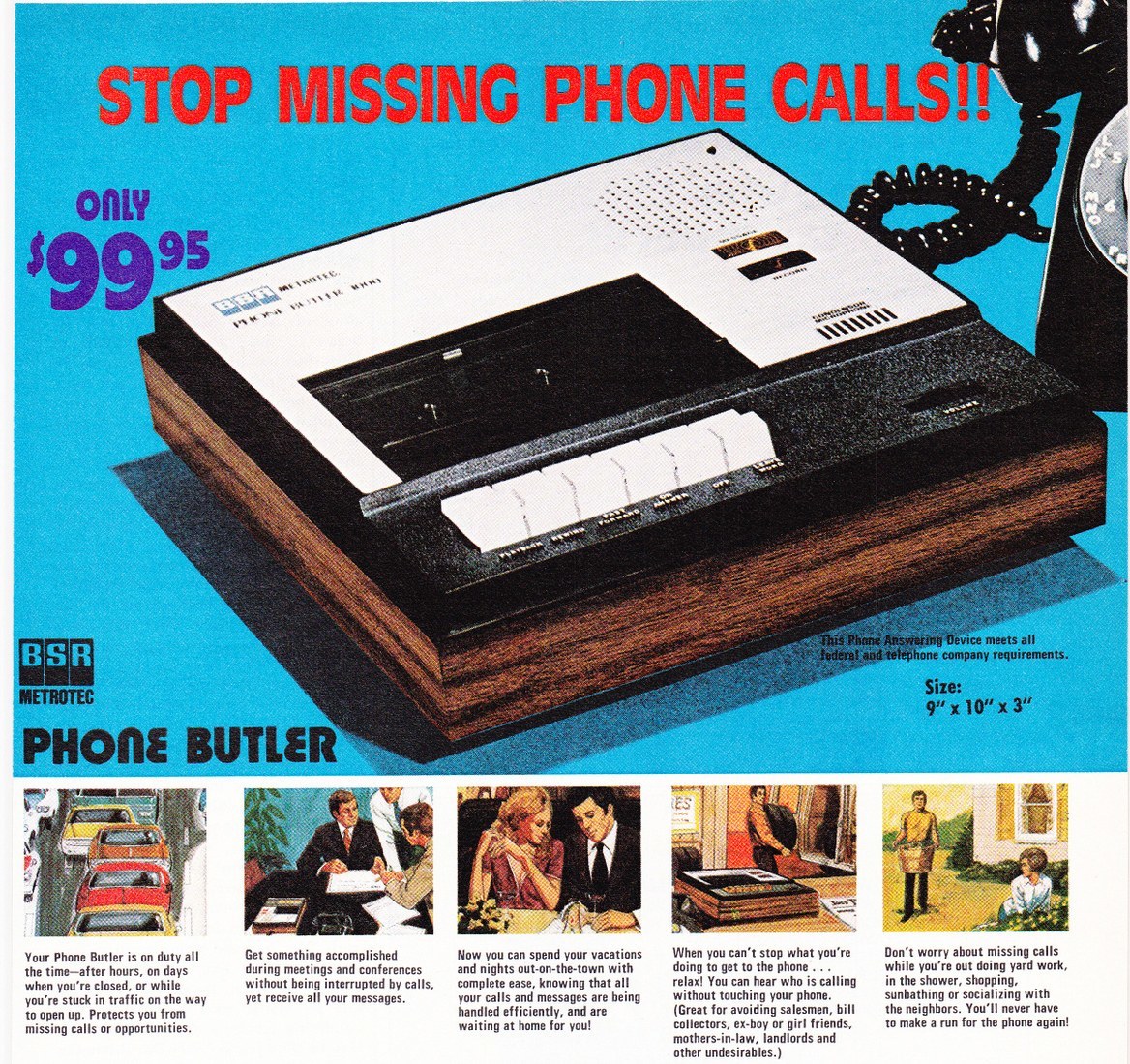 Think about it: if you need to get a message to someone today, you can send it via snail mail, email, send a text, leave a voice message…. there’s literally no way that person can avoid you.  I think we take for granted all these avenues of leaving messages; yet at the same time, it’s often a source of stress  for the one on the receiving end – there is no escape. 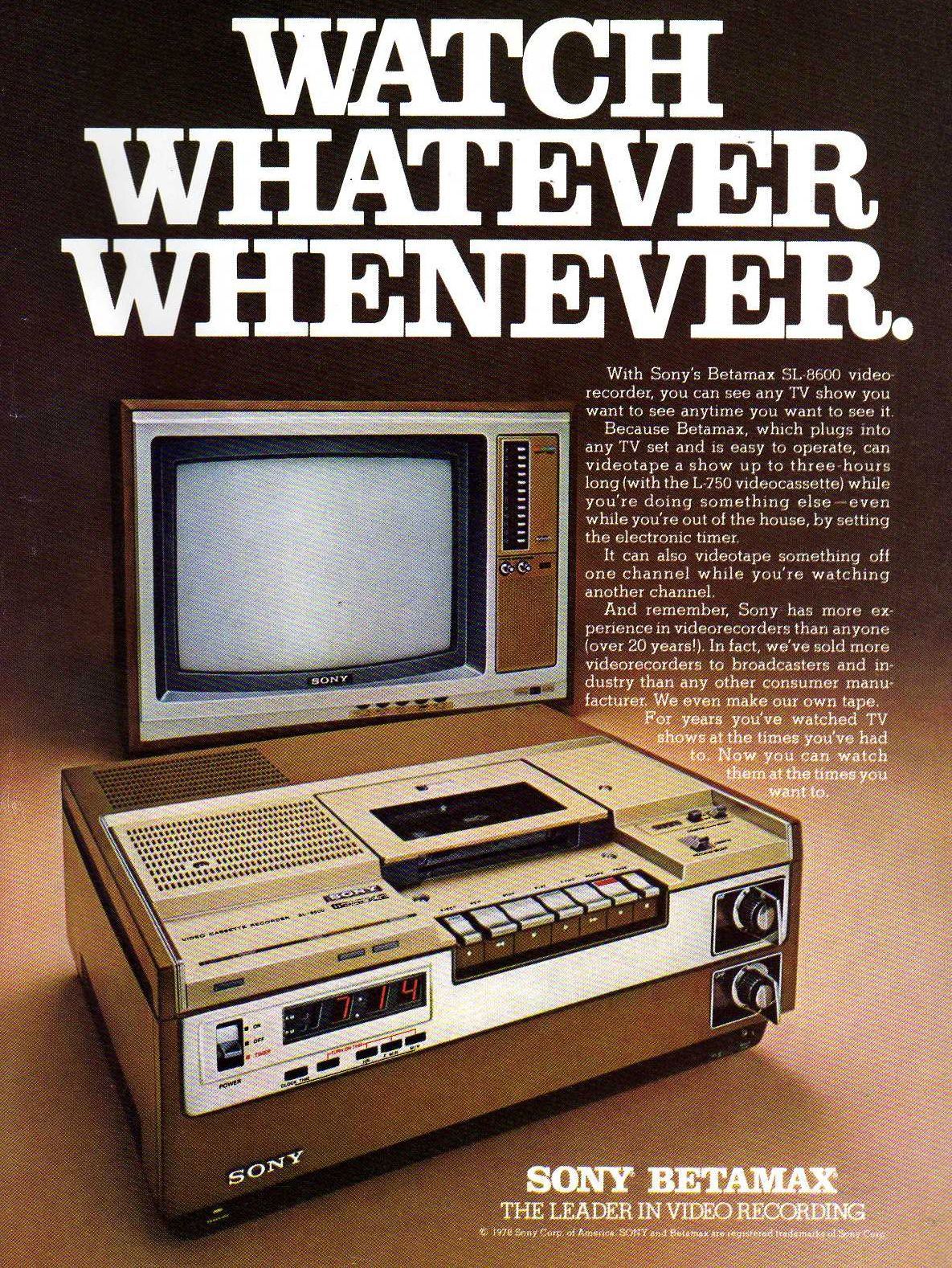 Enjoying that Netflix marathon of Breaking Bad?  Back in the day, if you missed a show, you were screwed unless you caught it in reruns months later.  Enjoying that film on Blu-Ray?  Back in the day, if you missed a film at the theater, it was unlikely (in your mind) that you’d ever have a chance to watch it again…. once it was out of the cinema, it was gone forever.  Sure you might catch it on a late night movie, but  the chances were remote.  I think it goes without saying that we take for granted that, today, any movie or TV show is always within our grasp.

And finally, I hope that in a few years I can add  one more technology to this list…. Robots! 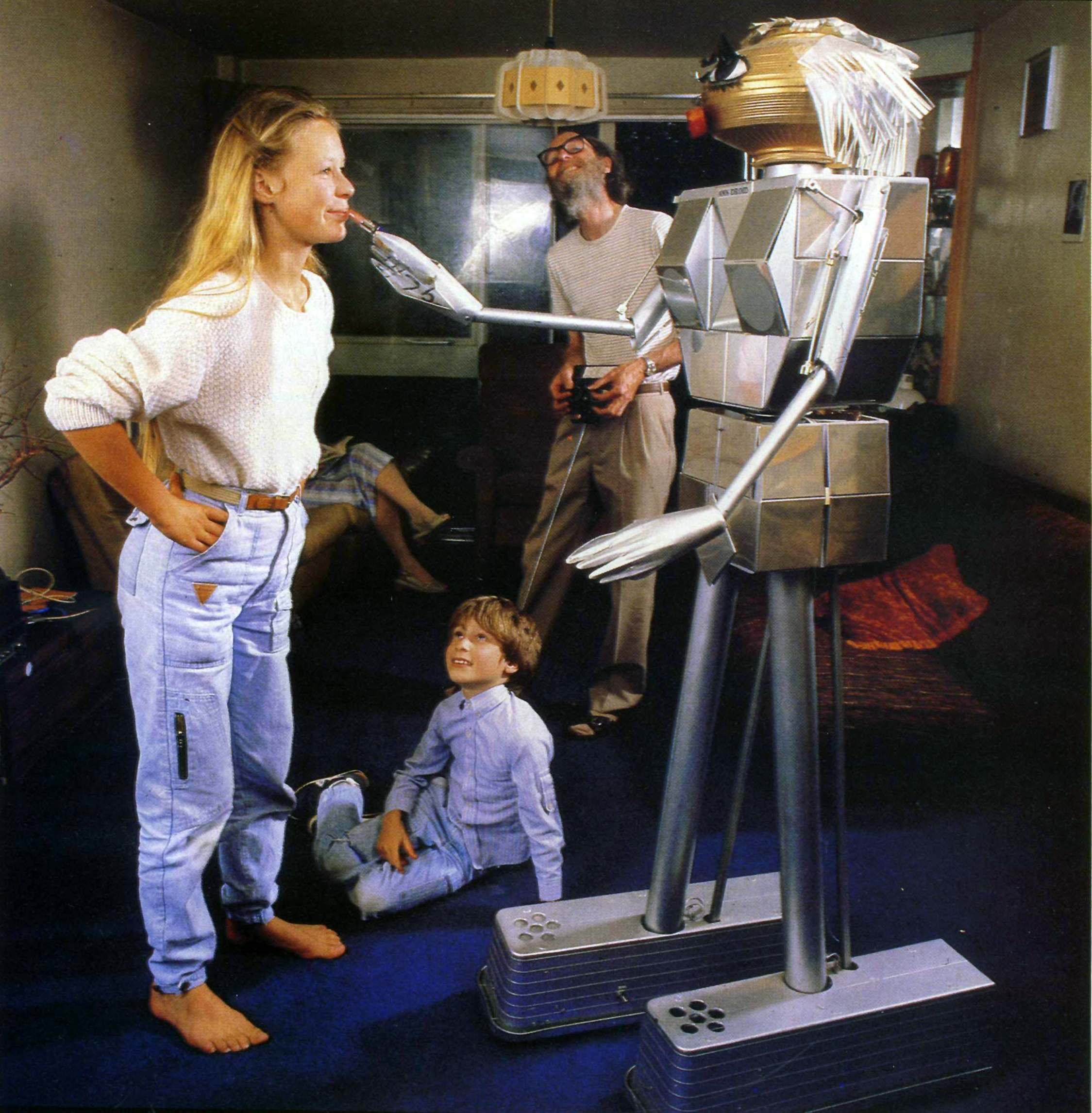 I am so ready for that mechanized manservant to clean my home and do my bidding.  Of course, there is that pesky and inevitable Robot Rebellion which will result in the enslavement of all mankind.  Still,  it’s a small price to pay to have a robot clean the garage and bring me my beer!