THE 1960s through the 1980s saw a flood of low budget albums released around the globe. It seemed all you needed to make a record was some loose change and poor decision making skills. Indeed, much of what landed on record store shelves can only be described as deeply regrettable.  Of course, this endless variety of awfulness is what makes record collecting so enjoyable 30+ years later.

I won’t pretend to even scratch the surface of the worst of the worst in this article. Instead, here’s a random handful of 15. Enjoy! 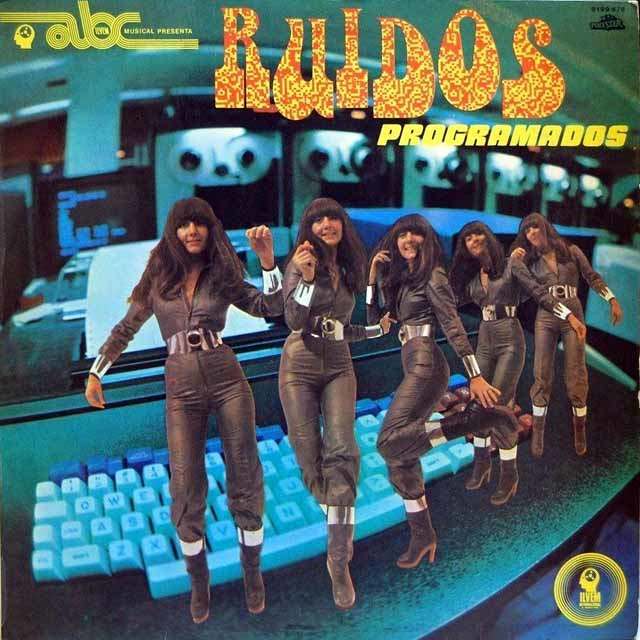 Warning signs you’ve been working too late at the office: (1) stiff joints, (2) loss of concentration, (3) tiny go-go dancers appear to be parading across your keyboard.   If these symptoms persist, we recommended you switch to stronger coffee and press on. 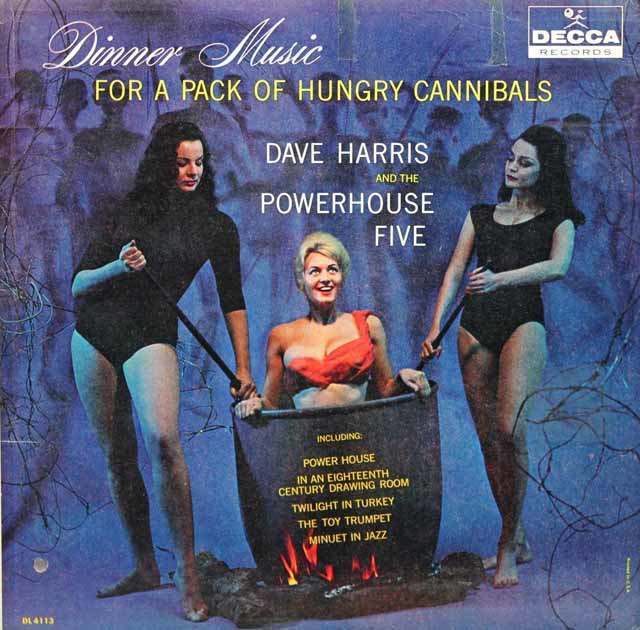 This is the sexiest case of cannibalism I’ve ever seen. Even the main course is diggin’ the vibe.  (Although, the spectral local natives in the background kind of kill the mood.) 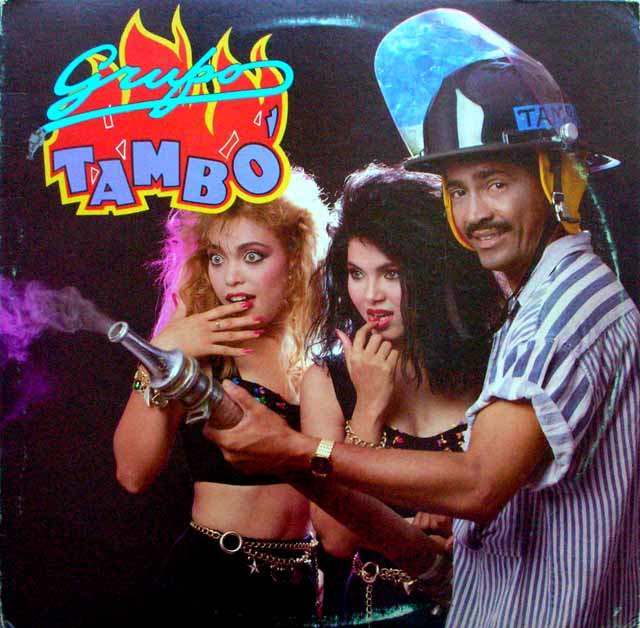 If you analyze this album cover closely, you’ll discover a very subtle sexual innuendo.  It’s cleverly hidden, so you might have to stare at it a while to pick up on the deftly veiled hints of eroticism. 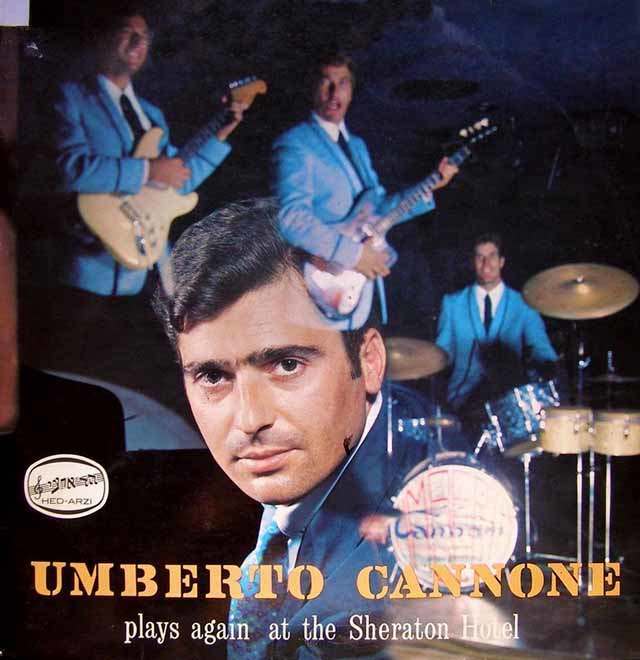 Stare into his eyes.  Umberto’s gaze will penetrate your flesh and make love to your soul. Feel Umberto’s power wash over you like a cleansing splash of liquid manhood.  Tickets on sale at the Sheraton gift shop. 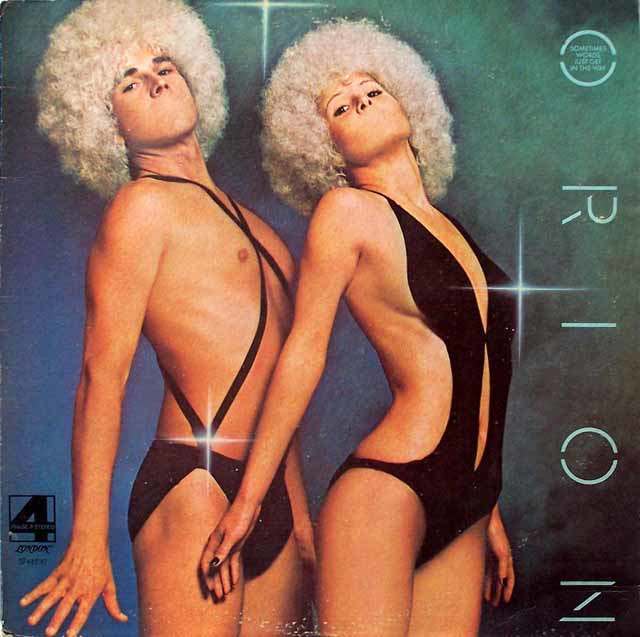 Many scientists believe that alien races much more advanced than our own will have outgrown the need for such primitive things as mouths.  For instance, sentient beings from the Orion galaxy (above) may absorb nutrients through their enormous albino afros.  (FYI: communication without mouths is done via interpretive dance.) 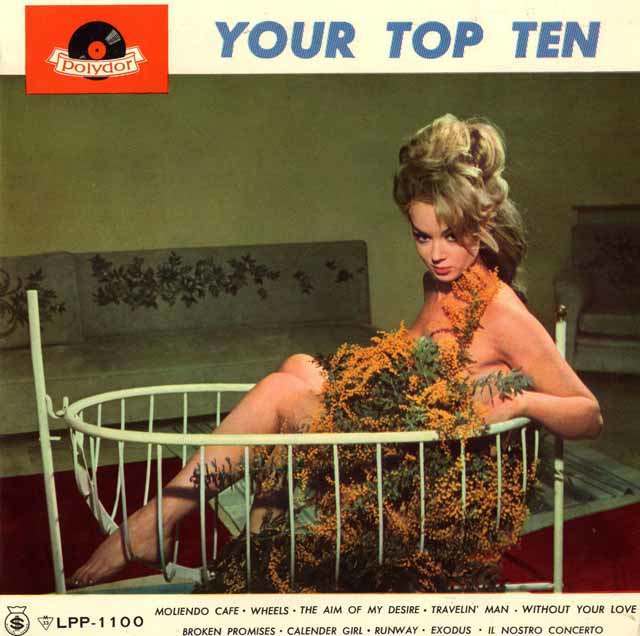 The hardest thing for me to wrap my brain around isn’t the fact that someone at some point actually said, “Hey, let’s put a naked woman in a bare wire bassinet and cover her with a bushel of ragweed.” It’s that a second party must have then said, “Excellent idea. Let’s do it.” 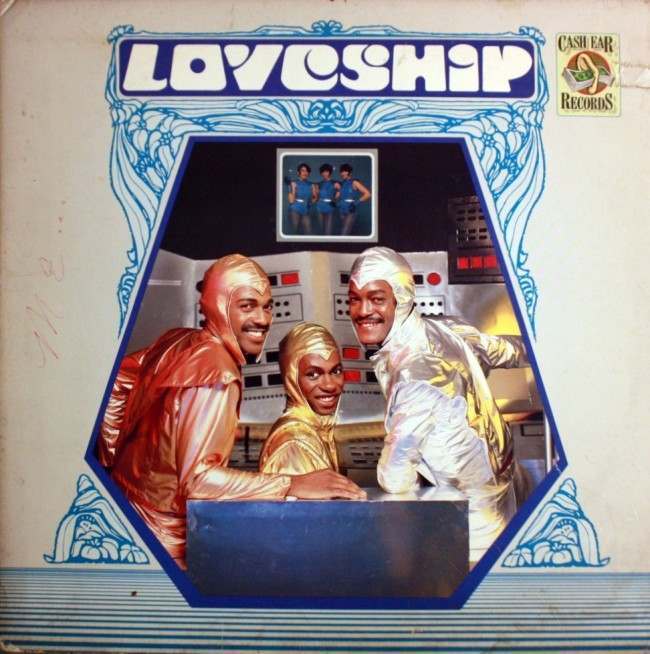 What you see before you is a photograph of the very first Intergalactic Booty Call. 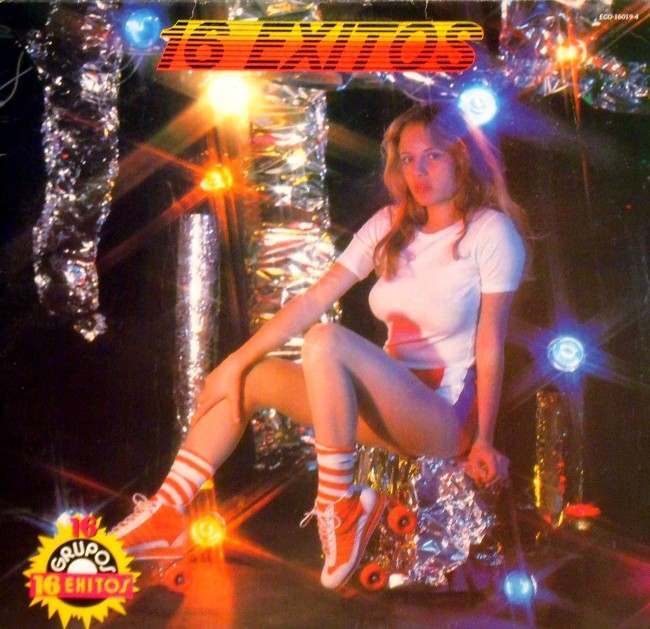 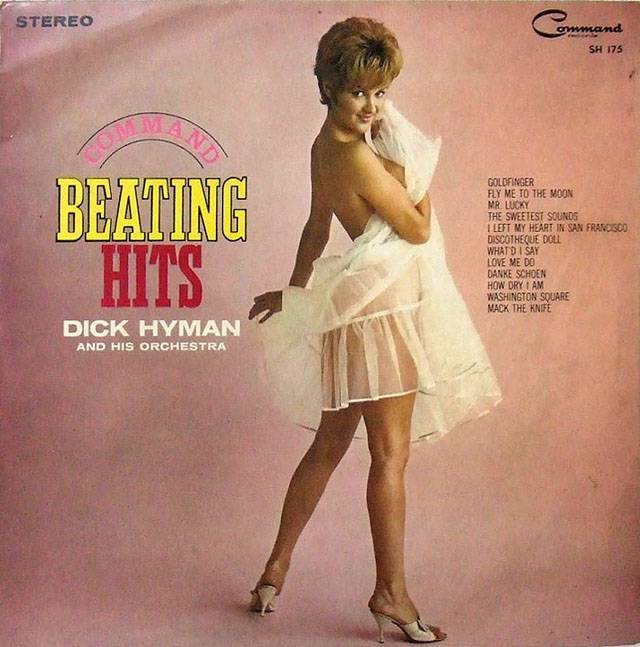 Foreign language editions of this LP got into a bit of trouble when they translated it to read “Top Sellers to Forcefully Masterbate To by Penis Vaginal Membrane.” 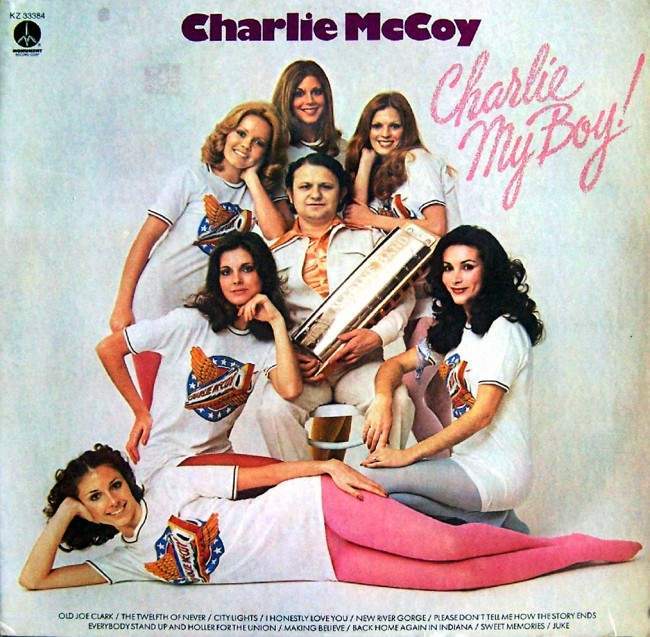 Jimmy Paige can keep his guitar; everyone knows the best way to woo the ladies is through the harmonica.  The backstage debauchery after a Charlie McCoy concert is the stuff of legend.  Take note: that harmonica is not a prop – it’s his actual instrument.  It is said that Charlie had the lung capacity of a juvenile sperm whale. 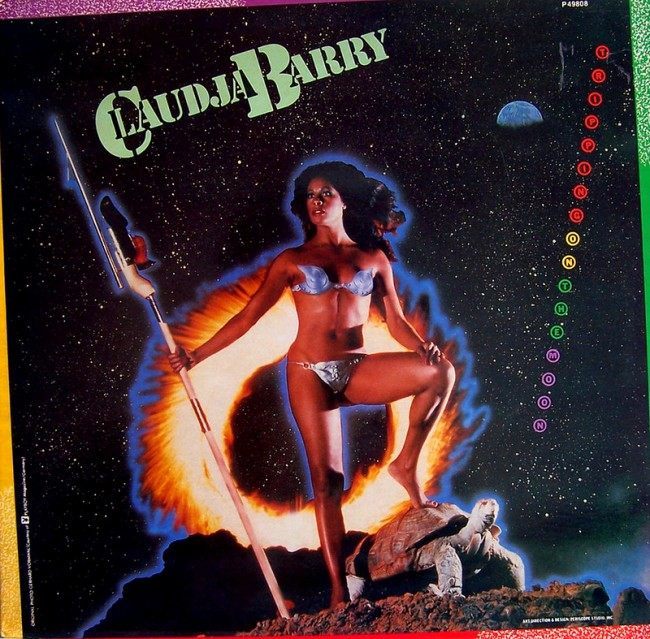 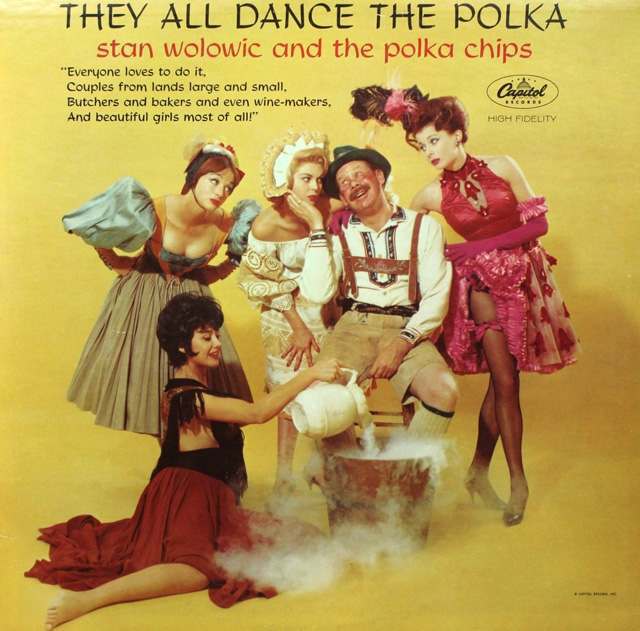 I’ve got to hand it to Mr. Wolowic.  He took the least sexy thing on Planet Earth (polka) and sexed it up. They said it couldn’t be done.  This is like putting a sexy book jacket on The Collected Works of George Bernard Shaw.  I commend him for trying. 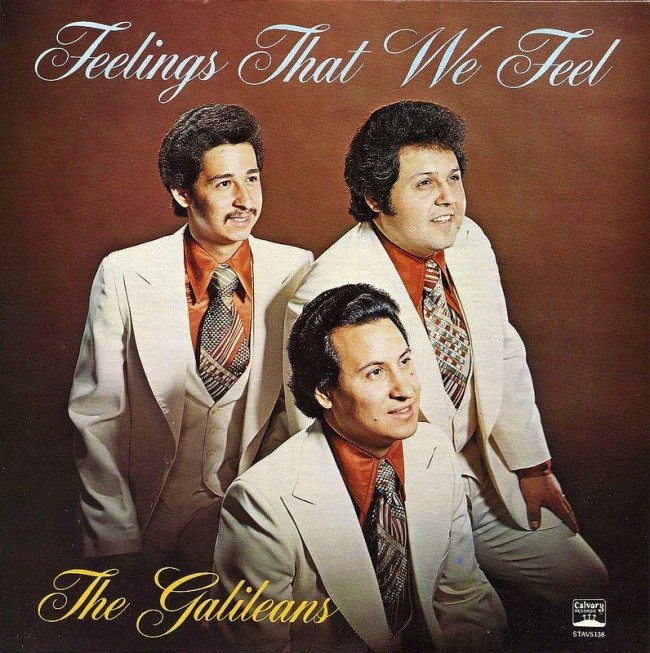 Feelings That We Feel – the debut album from the The Galileans.  Be sure to catch their follow up LP Thoughts That We Thought. And let us not forget their platinum selling greatest hits record Memories that We Remember. 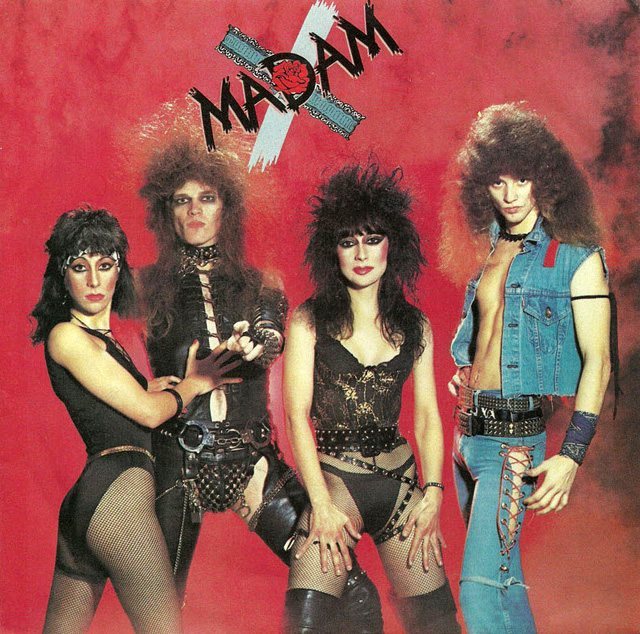 That mist you see in the background isn’t from a typical heavy metal smoke machine – it’s from their hairspray.  Indeed, much of the Global Warming problems we face today can be traced back to Madam X who released enough chloro-flurocarbons into the atmosphere to reduce the earth’s ozone layer by roughly one-third! 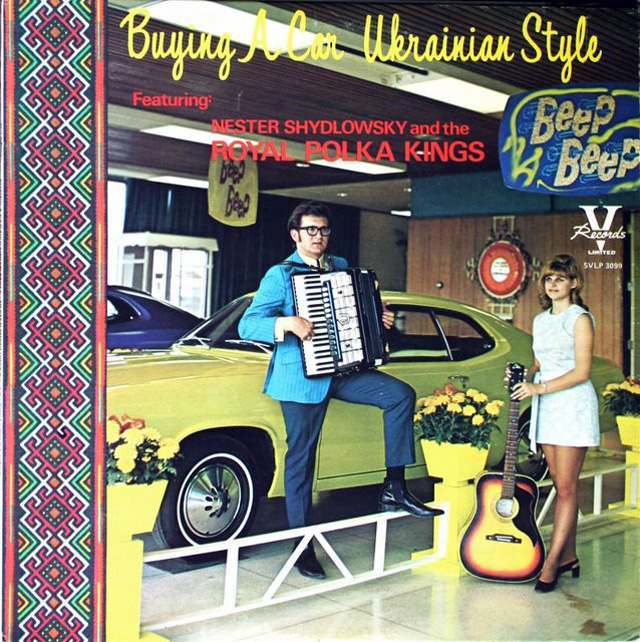 I have been enamoured by this album since I came across it six years ago.  There is so much simultaneously awful and wonderful about this; I simply can’t put it into words.  The mind reels trying to comprehend the combination of polka and Ukrainian auto sales.  In the end, you just have to accept it and appreciate its mystery.

The 15 Worst Metal Album Covers Ever

10 album covers that sent a shiver down our spine

Album Covers – even more terrible ones

Album covers – the unsexy lewd ones

Album covers: the most manly men in music