In 2016, singer-songwriter Steve “Snips” Parsons was in contact; the reunion of early 70s British rock band Sharks (which he fronted) moves apace – with an album out in September and a crowdfunding appeal to bring back the so-called Sharkmobile.

This was guitarist Chris Spedding’s Pontiac Le Mans which – at the behest of their record company boss Chris Blackwell – was decorated with fibreglass shark’s teeth and a fin and appeared on the back cover of the group’s debut LP First Water. 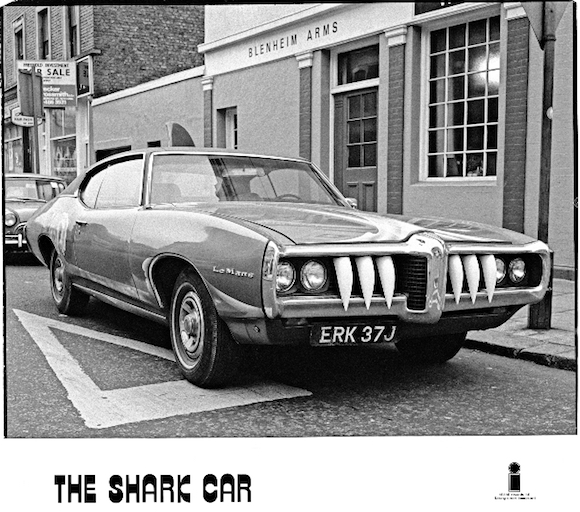 The Shark Car photographed in West London on 8th January 1973 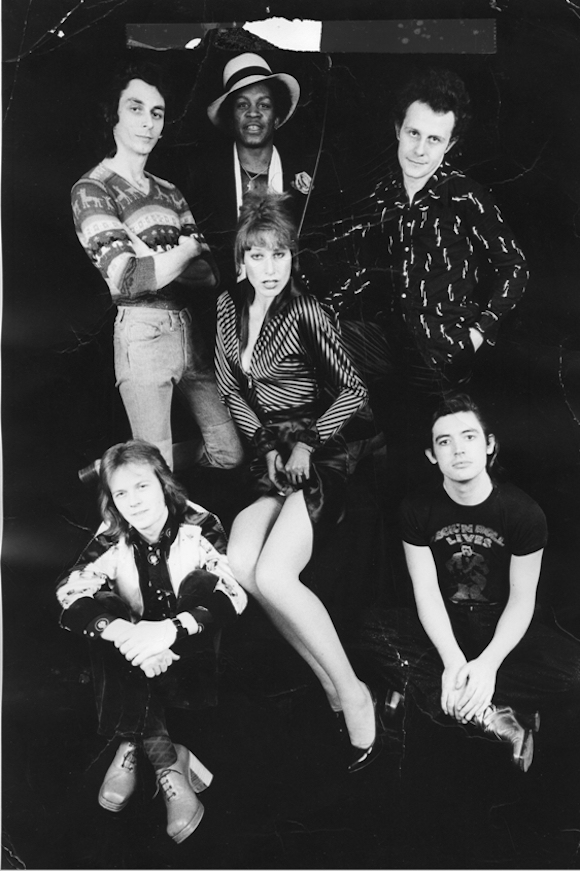 Parsons also sent across a few photos, including a 1973 Island Records promo shot of what was then described as The Shark Car, and also a Dick Polak portrait of the group’s second line-up with Nora Foster, then Spedding’s girlfriend and the long-term partner of John Lydon.

The Sex Pistols connection is particularly strong; not only did Spedding produce the punk rockers’ first demo sessions almost exactly 40 years ago (at Clapham’s Majestic Studios) but Pistols drummer Paul Cook is in the current Sharks line-up.

Keep your eye out for developments on the return of Sharks and their crazy car on their Facebook page.

The First Appearance of ‘The F-Word’ In An English Book