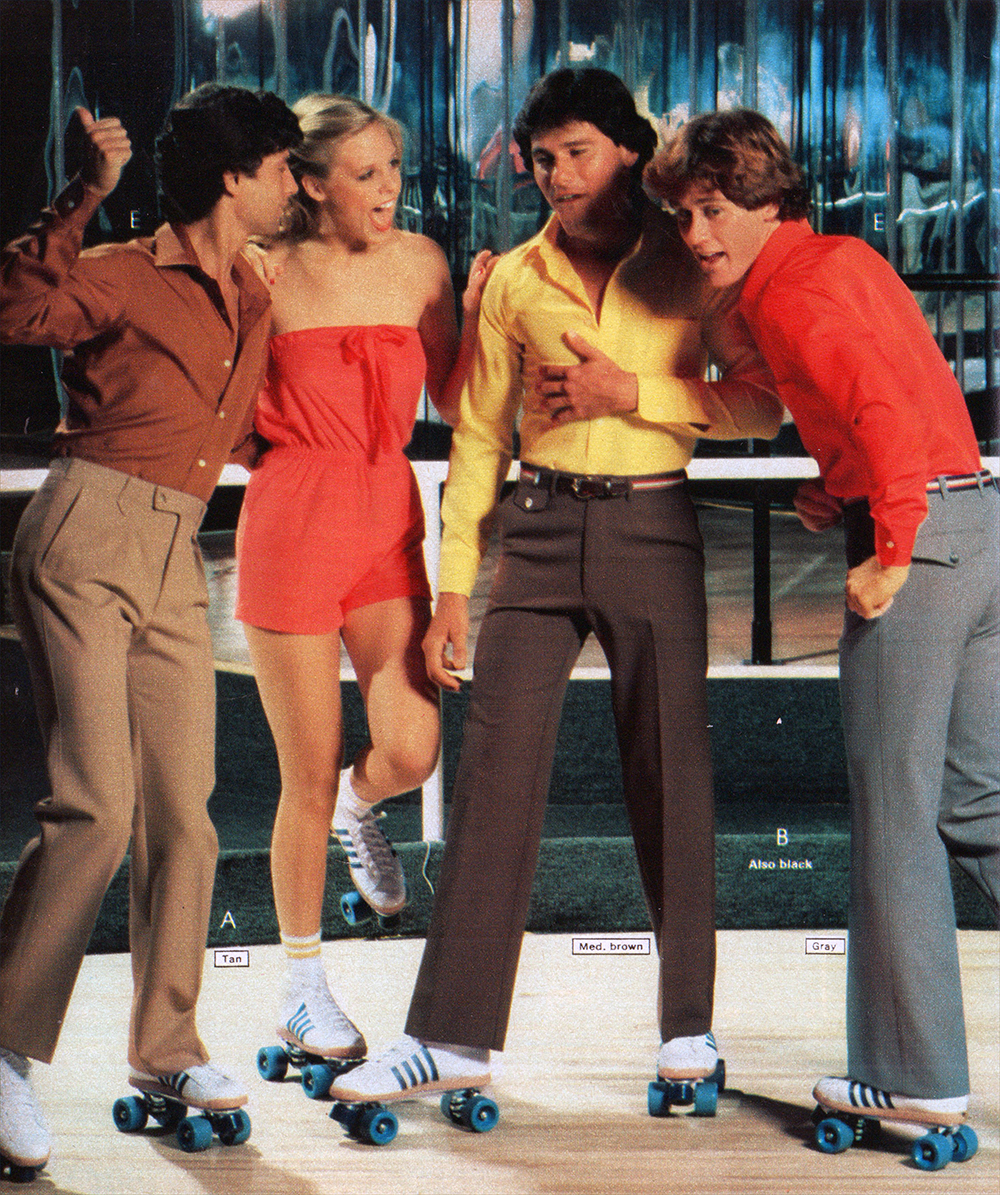 I present to you the fashion pages from the 1980 Montgomery Ward Spring/Summer catalog.  Herein you will find roller-disco fashions for kids, a denim overload, polyester spaghetti strap disco apparel and, of course, and abundance of male models who think they look intensely cool, but actually look ridiculous nearly forty years later.

1980 was a strange year for fashion.  The Saturday Night Fever obsession was only two years old, but already disco had over-saturated the market and begun to wear out its welcome.  The stereotypical styles we associate with the 1980s (skinny ties, shoulder pads, bright colors, etc.) were still half a decade away from the mainstream. So, what fills this period between disco’s dying days and the totally-80s styles that came on the scene in 1985-86?

It’s a sort of “meh” hybrid – lacking the tacky mojo of the super-seventies and lacking the Day-Glo charm of the radical 80s.  It’s sort of an intermission between two well-defined fashion trends.  And yet – and you can put this on record – I’ll take the 1980 style any day over the confused “no-style” of today… but I digress.  Let’s have a look through the catalog, shall we? 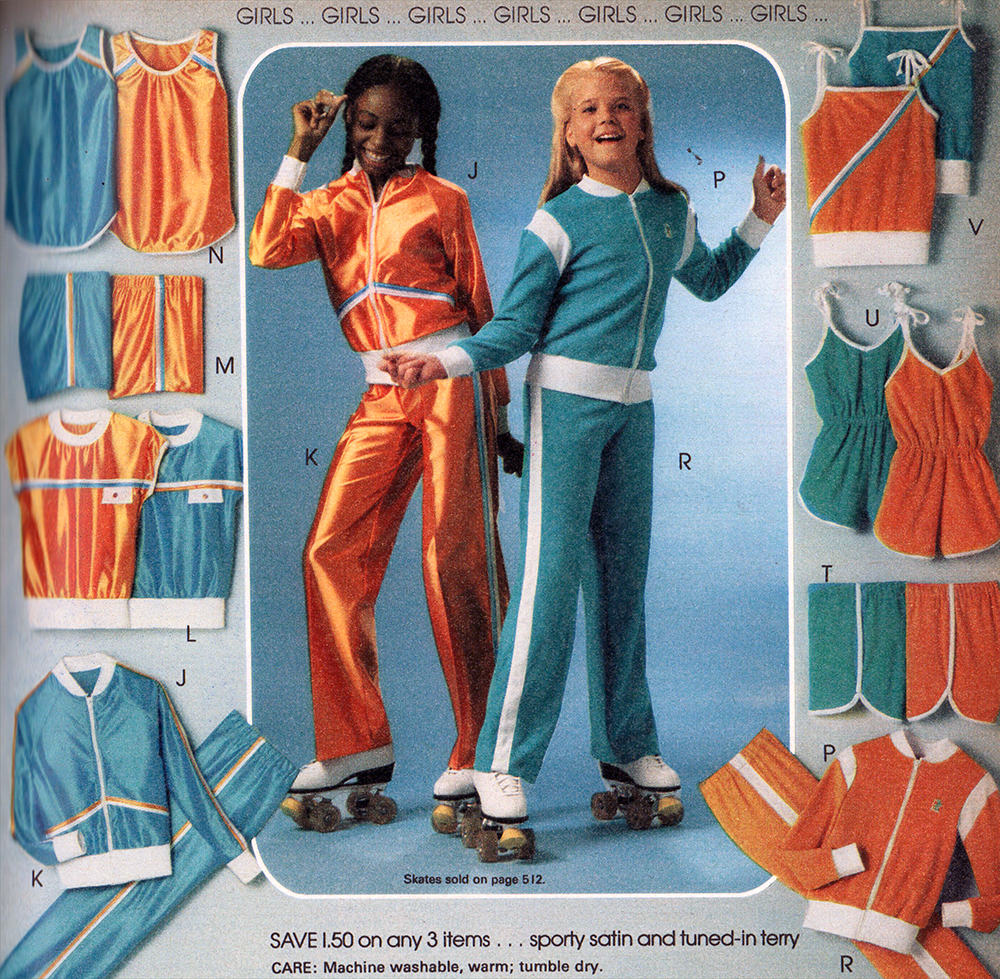 Kool & the Gang should play as soon as you open this page. 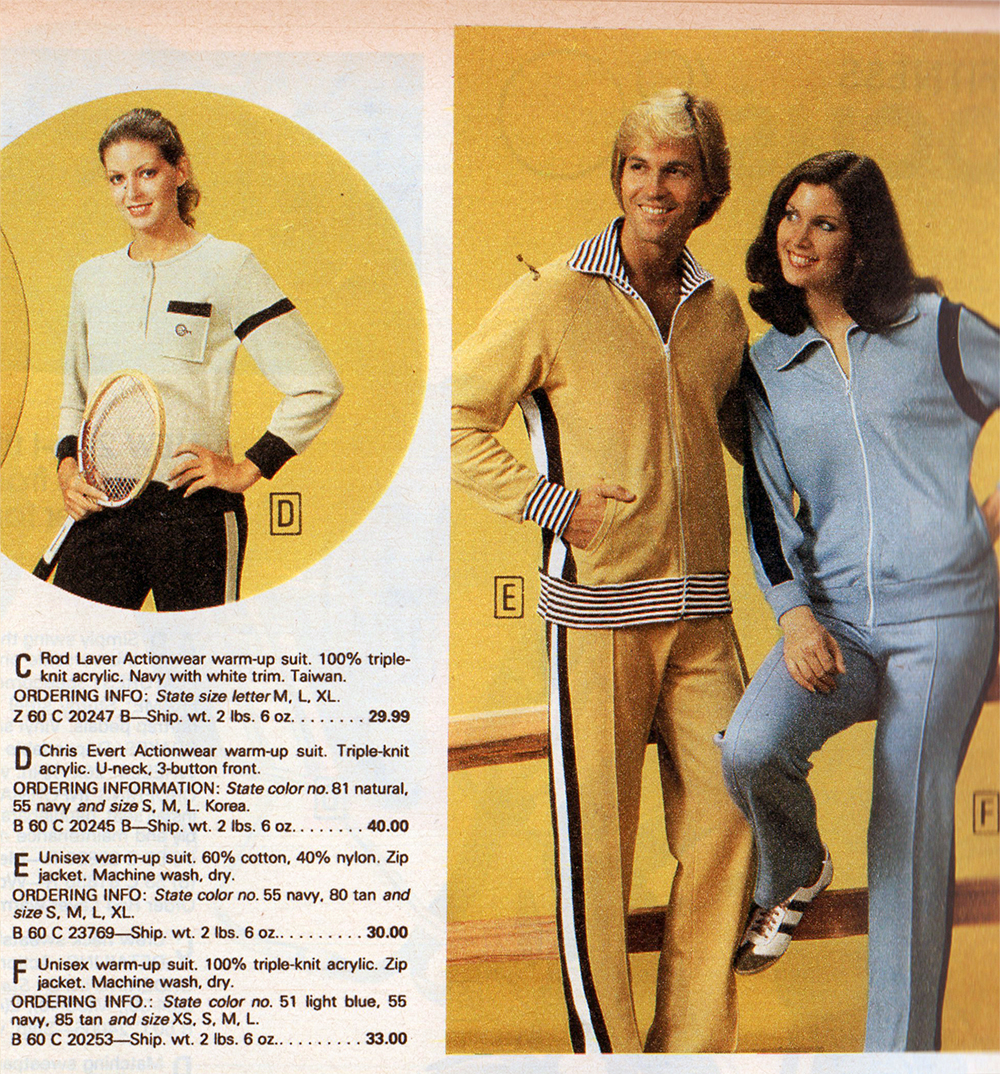 For more awful his and her fashions, check out: The Nightmare That Was His amd Her Fashions.  Be forewarned – it’s not pretty. 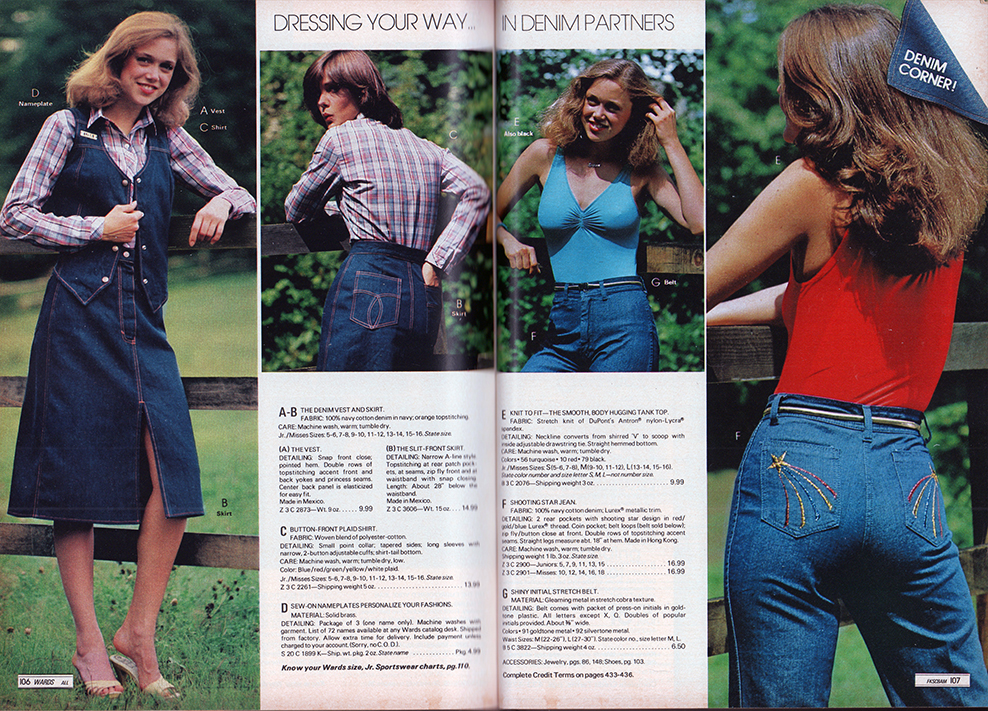 Welcome to “Denim Corner”.  Take note that, in 1980, pocket bedazzlement was mandatory. 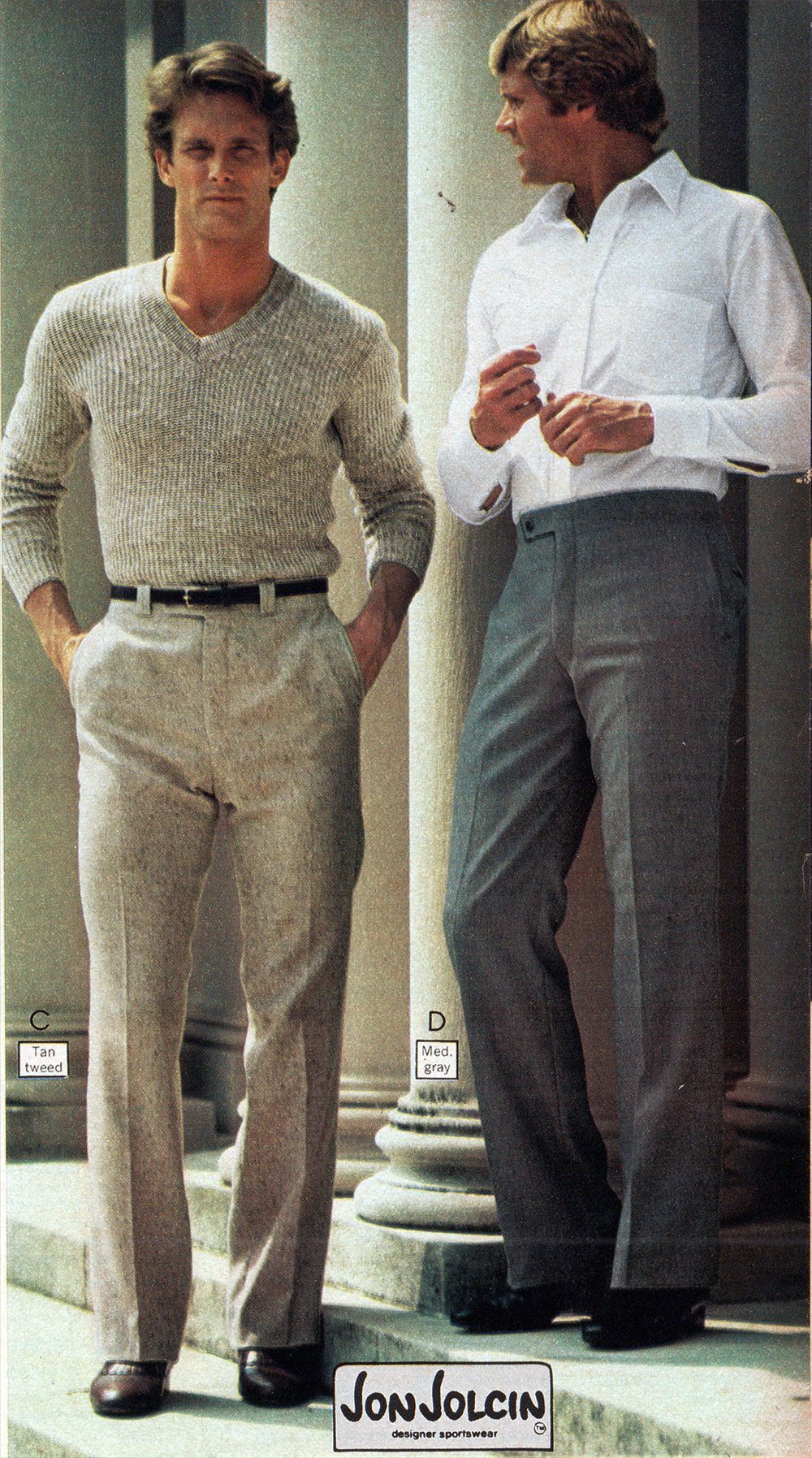 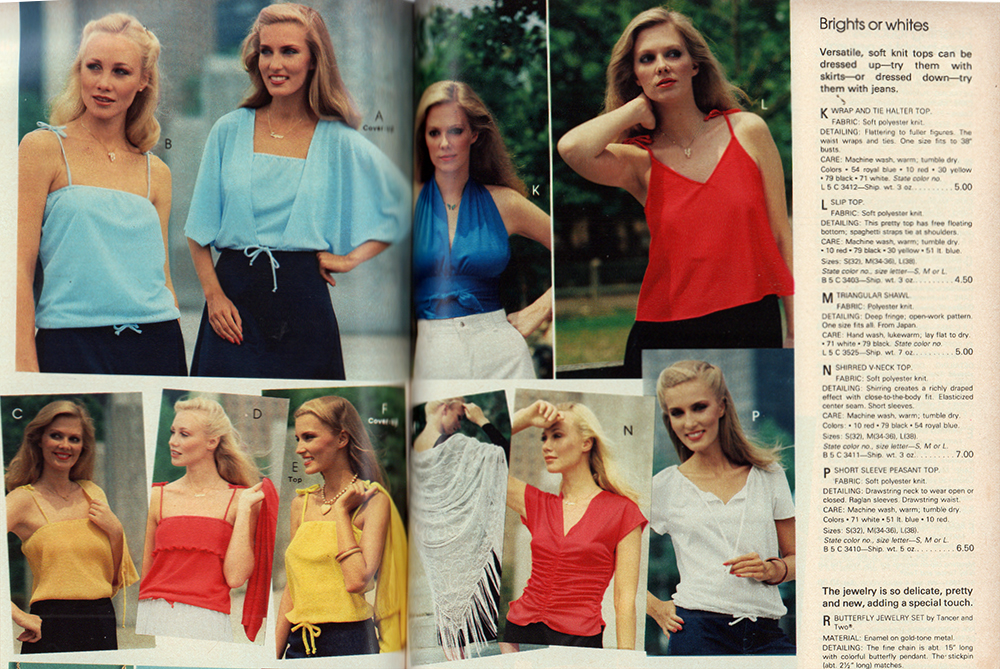 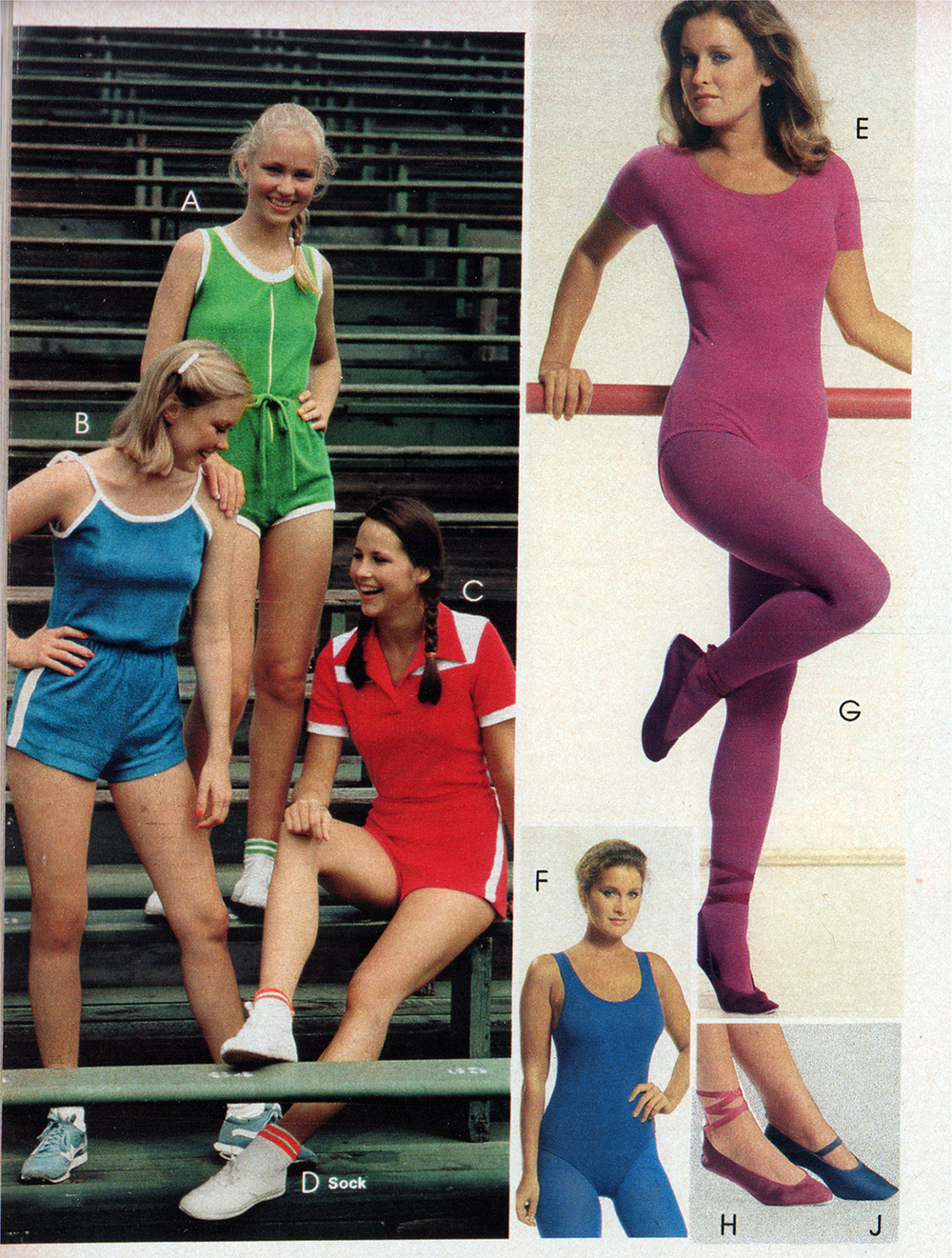 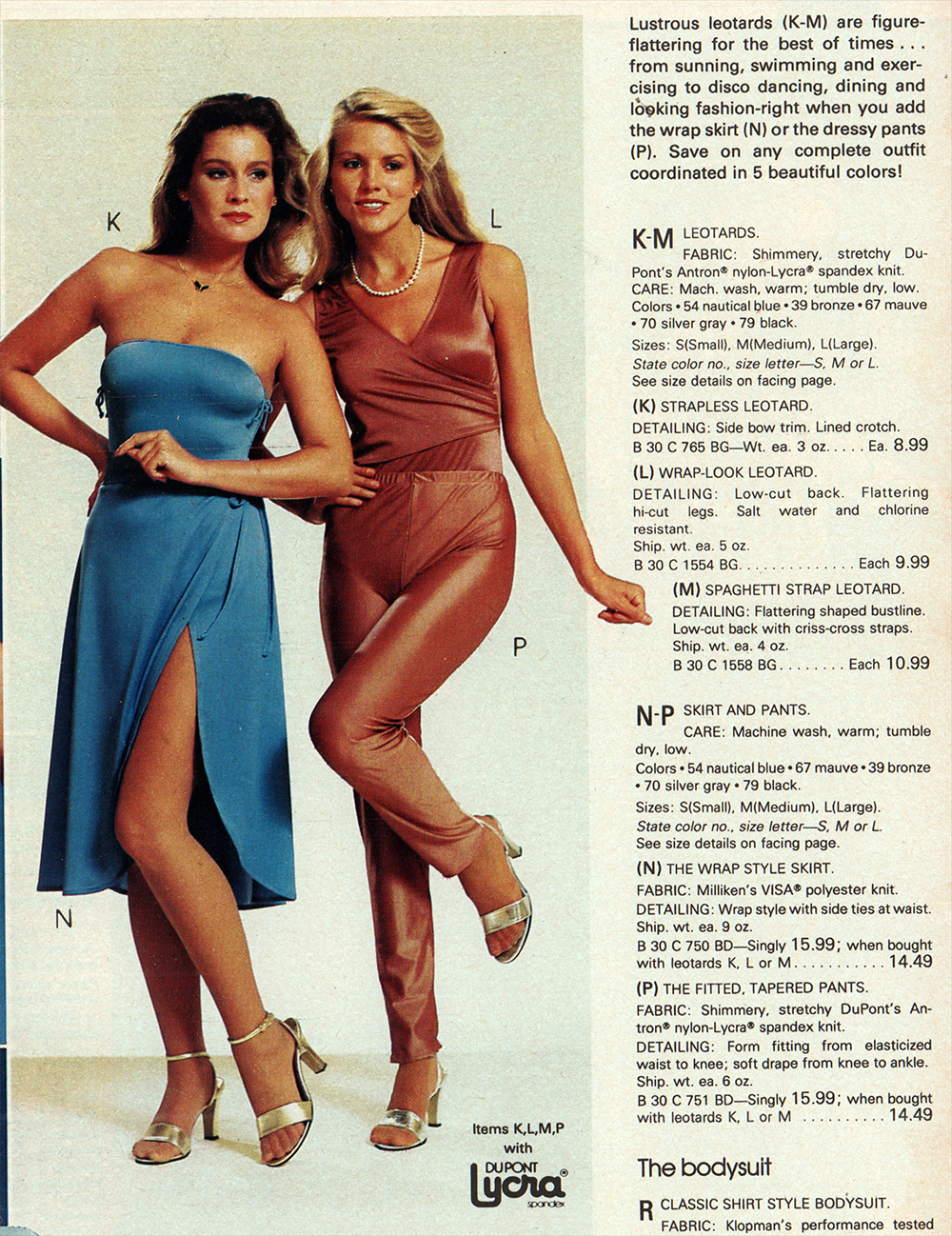 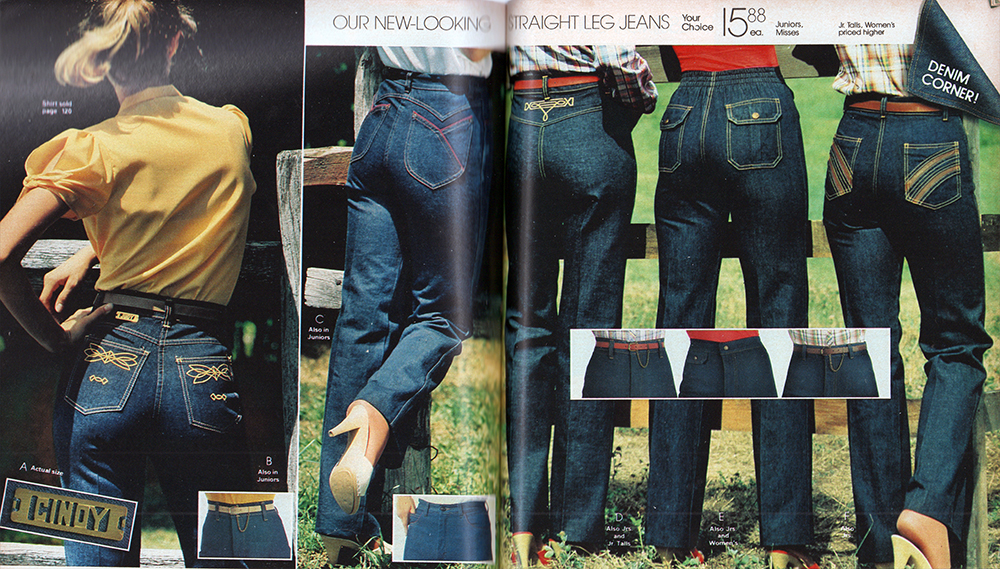 More groovy pocket designs.  As I recall, Jordache was the leader in pocket art, but these will do. 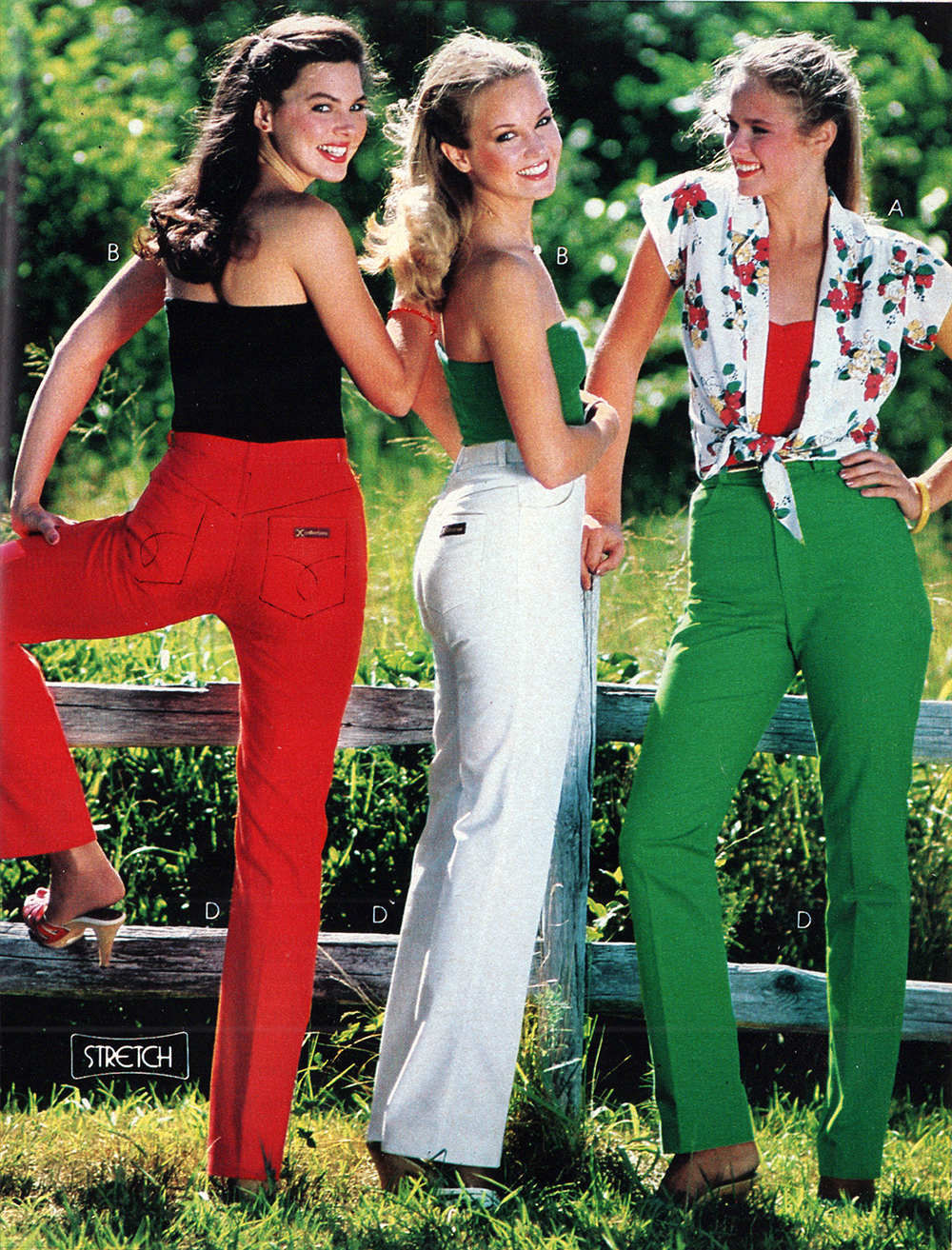 Is it just me, or are you also noticing that almost everything in women’s clothing is in plain primary colors?  It’s like we’re stuck with the lame Crayola 8 pack in 1980. 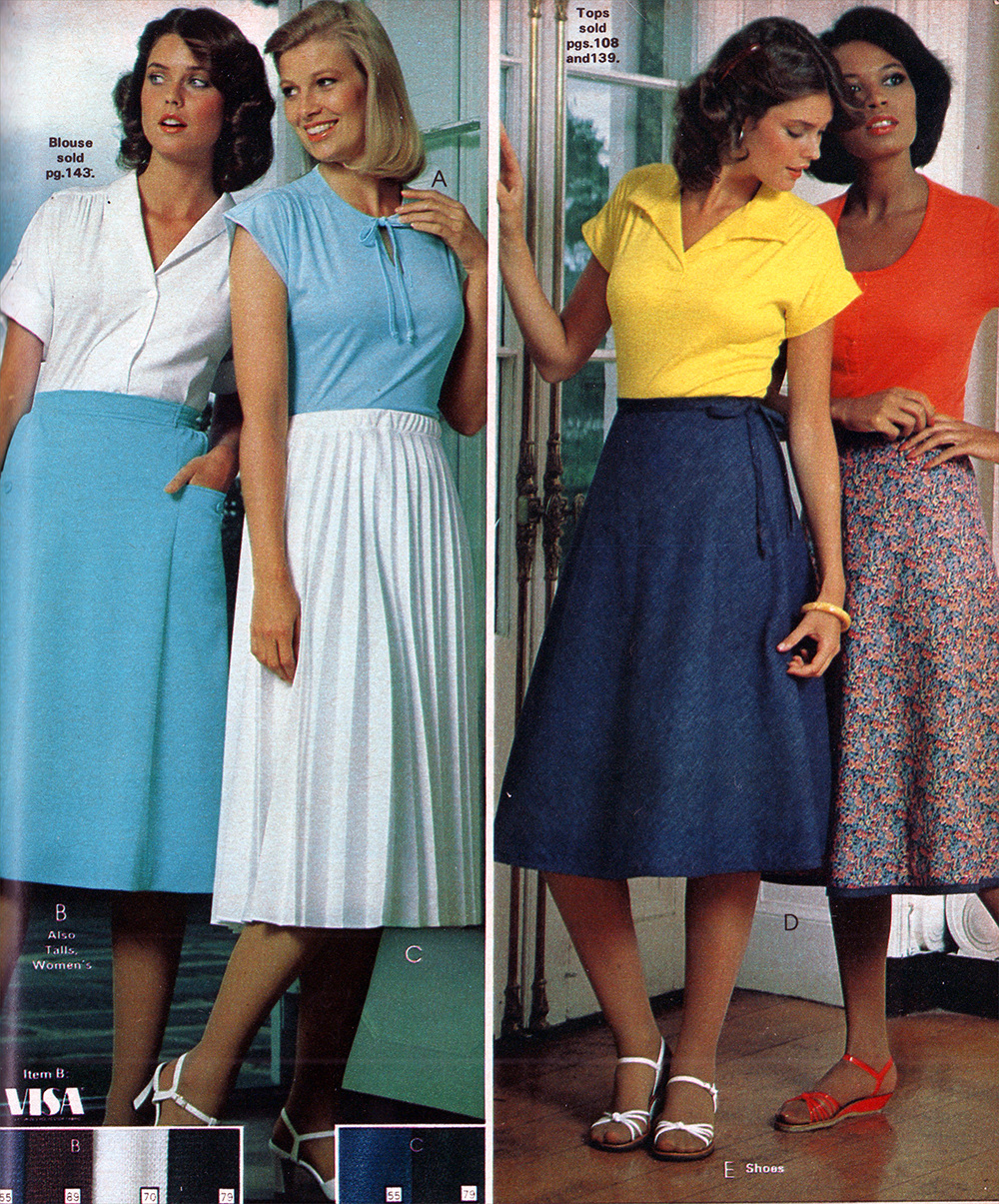 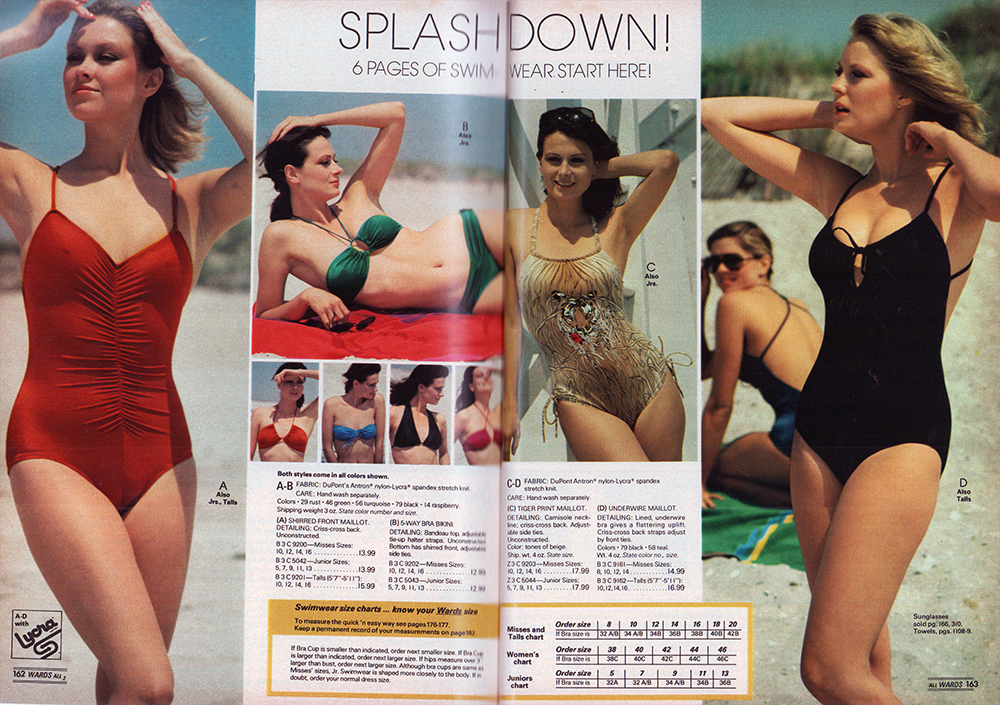 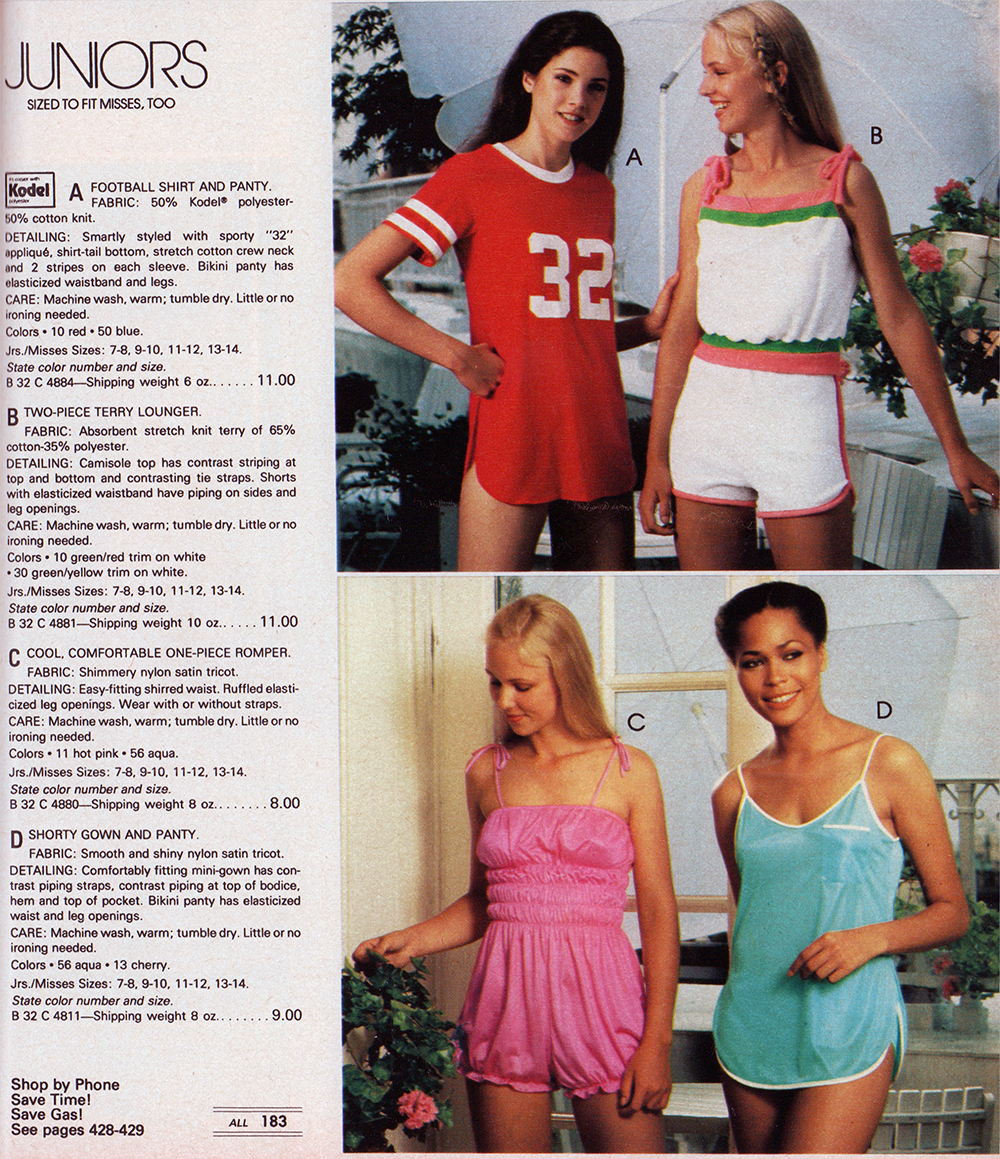 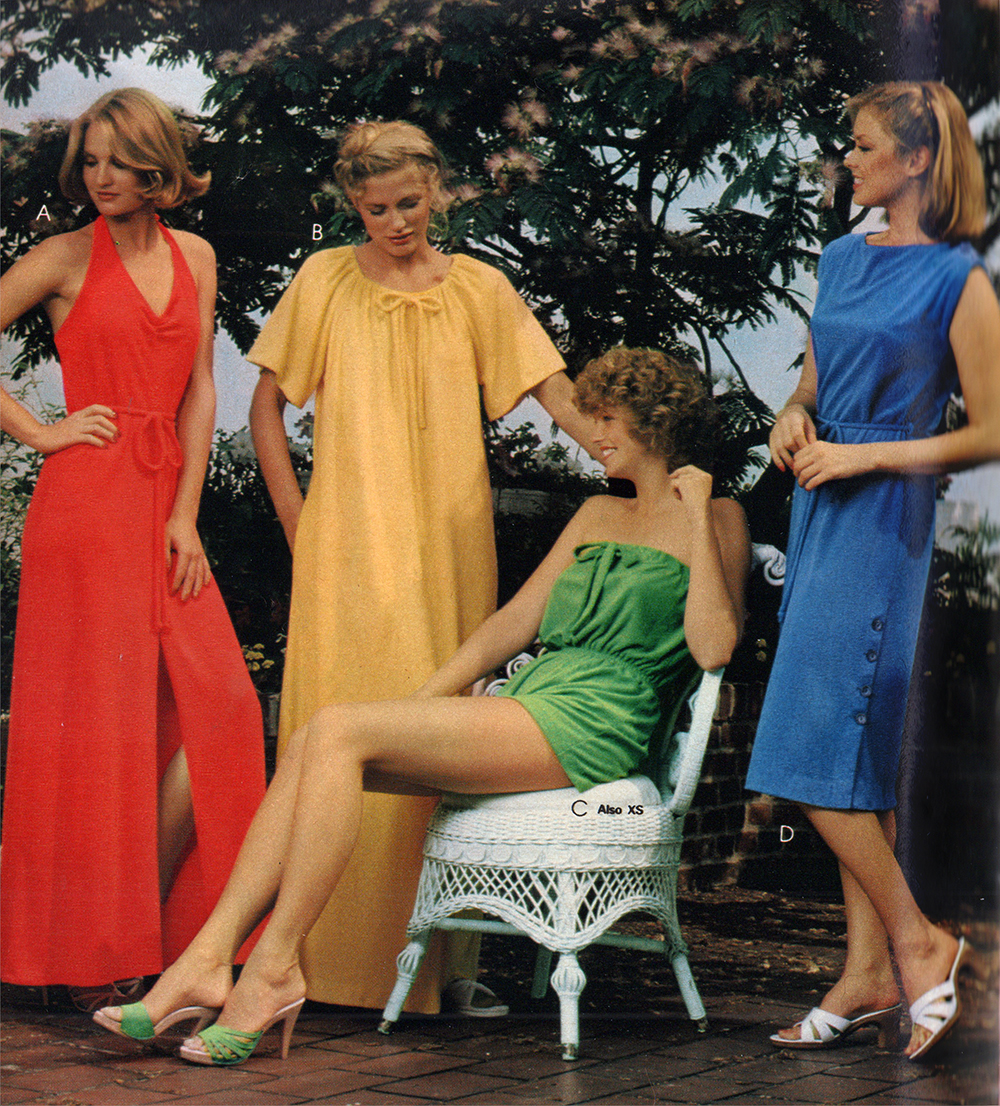 More from the Crayola 8 Pack. 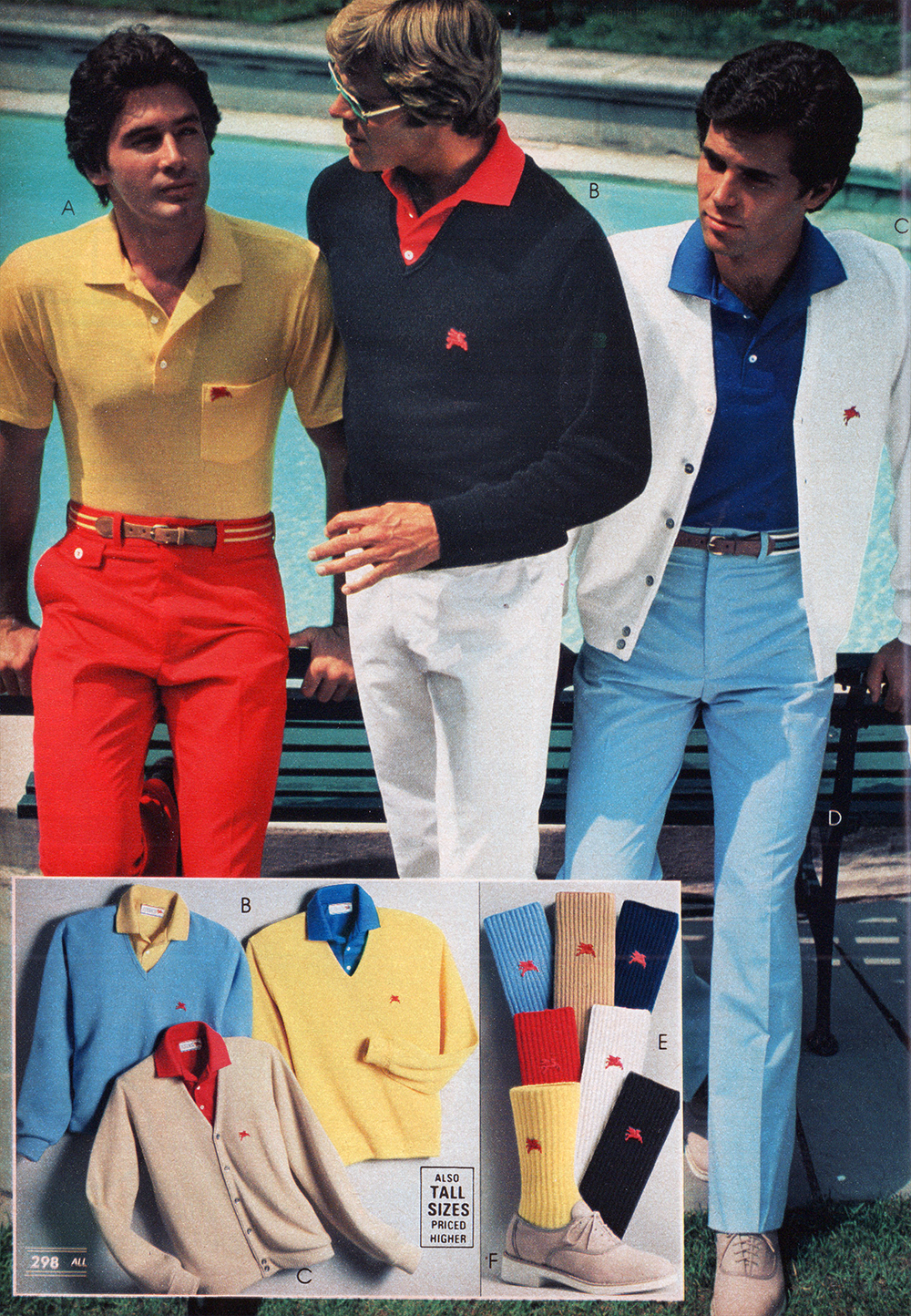 You’ll notice that men hadn’t learned to pop the collar yet.  That would come in the next year or so. 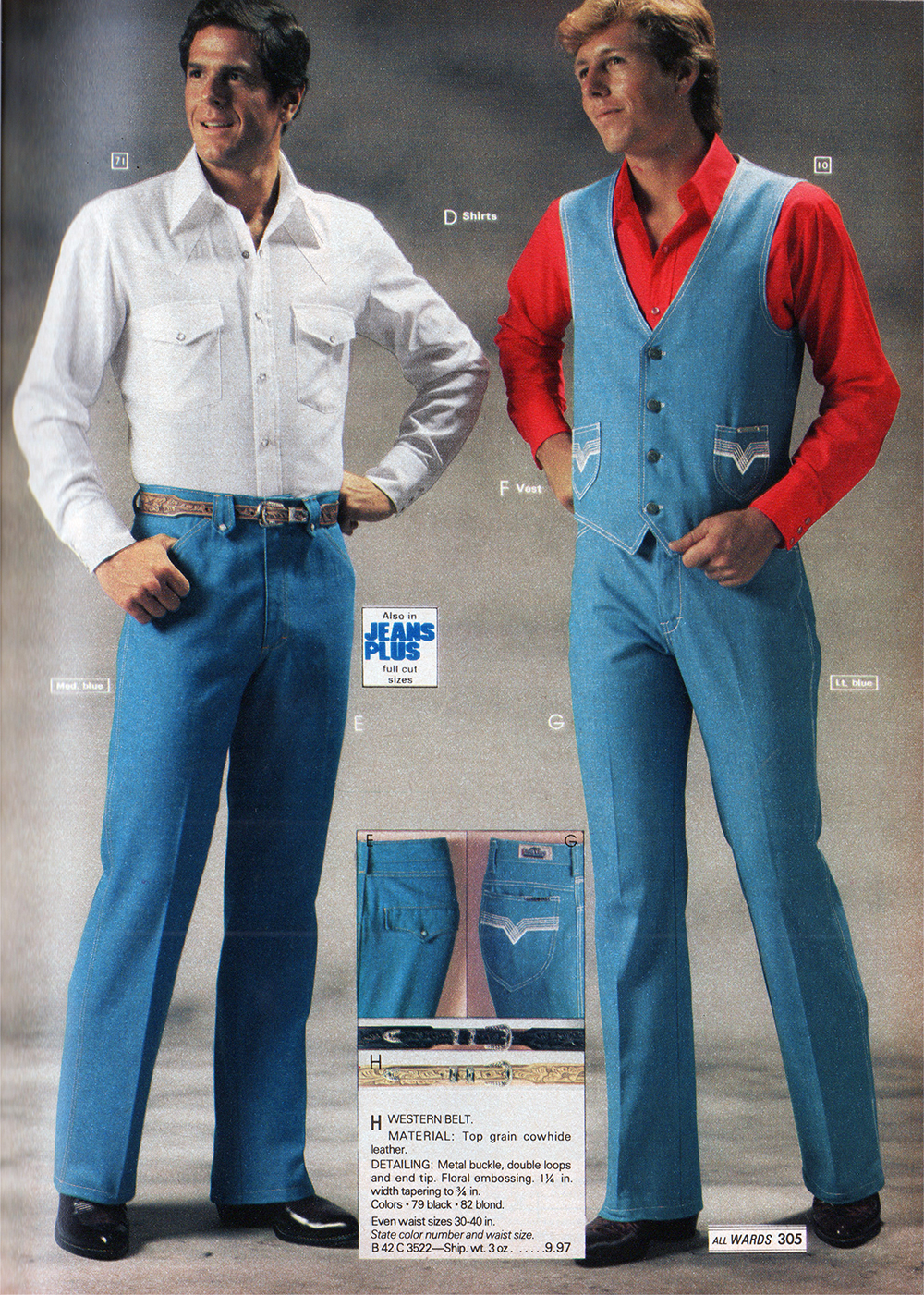 Dear lord, the guy on the right looks ridiculous.  Not the high water mark in men’s fashion to be sure. 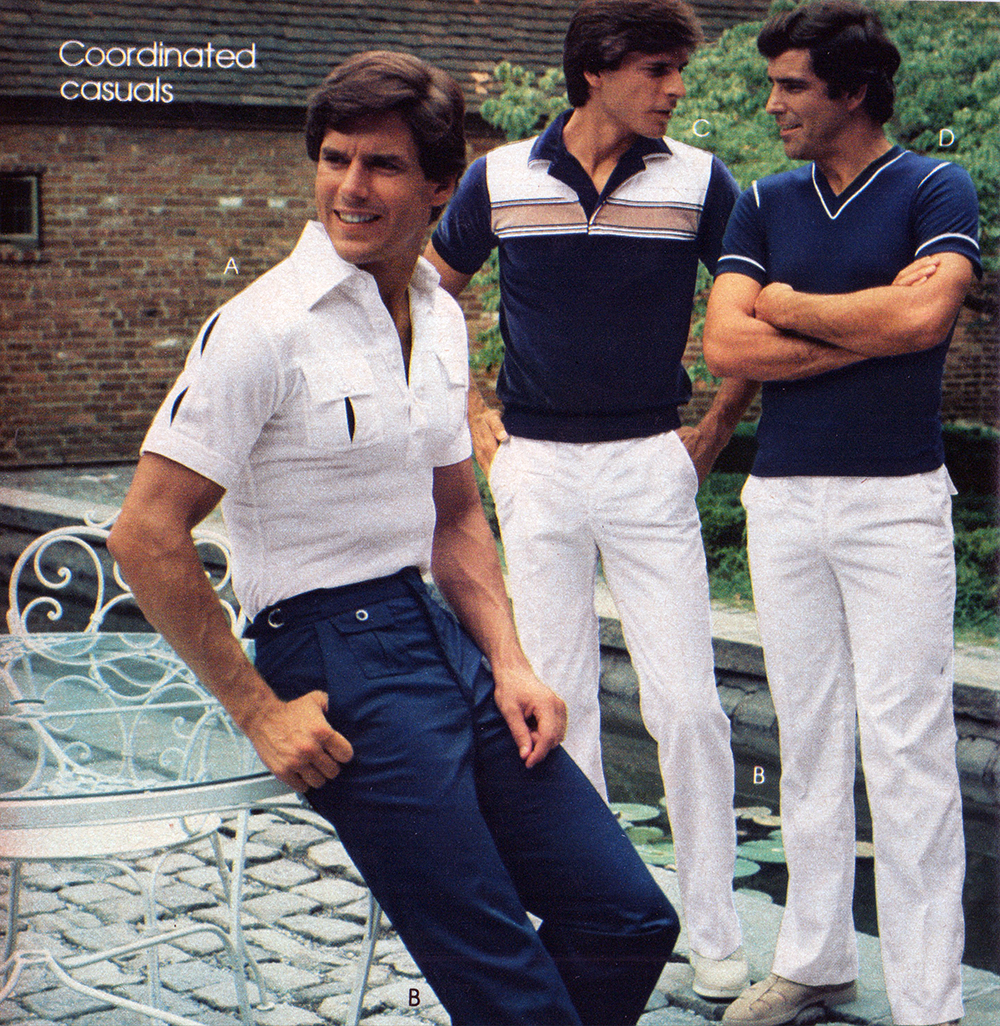 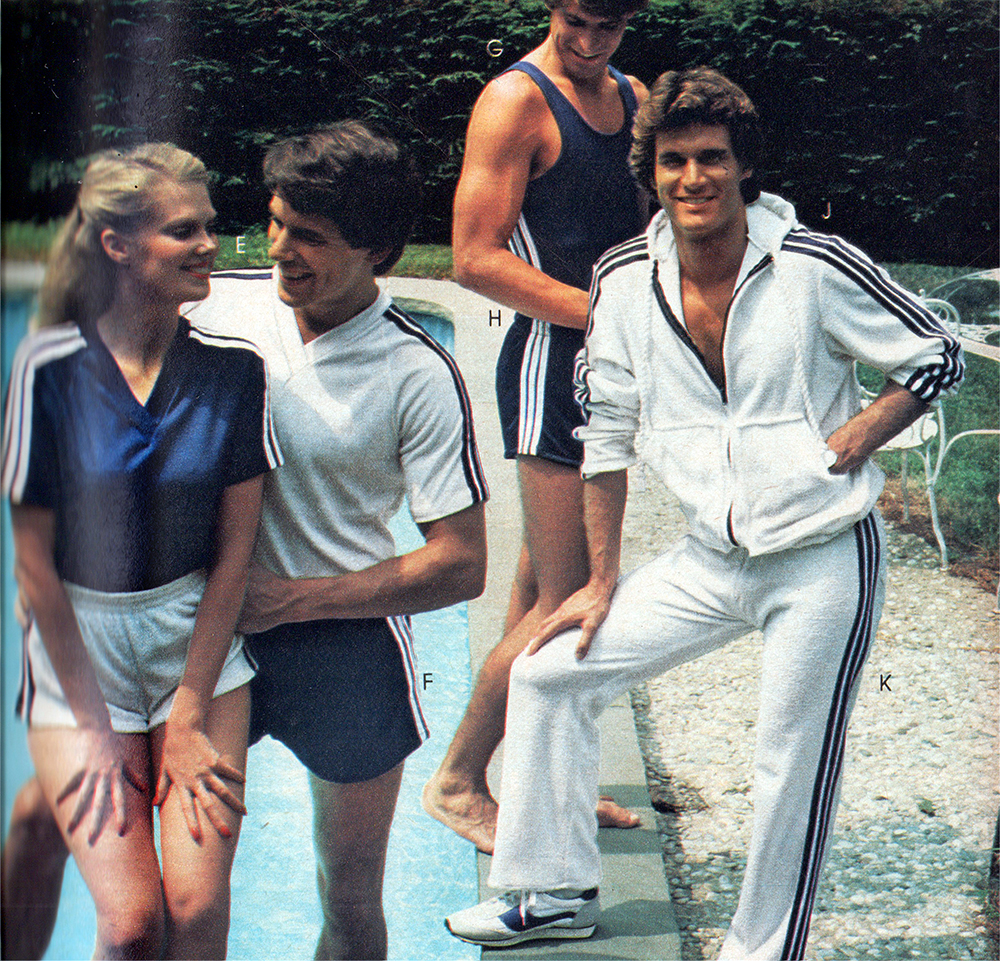 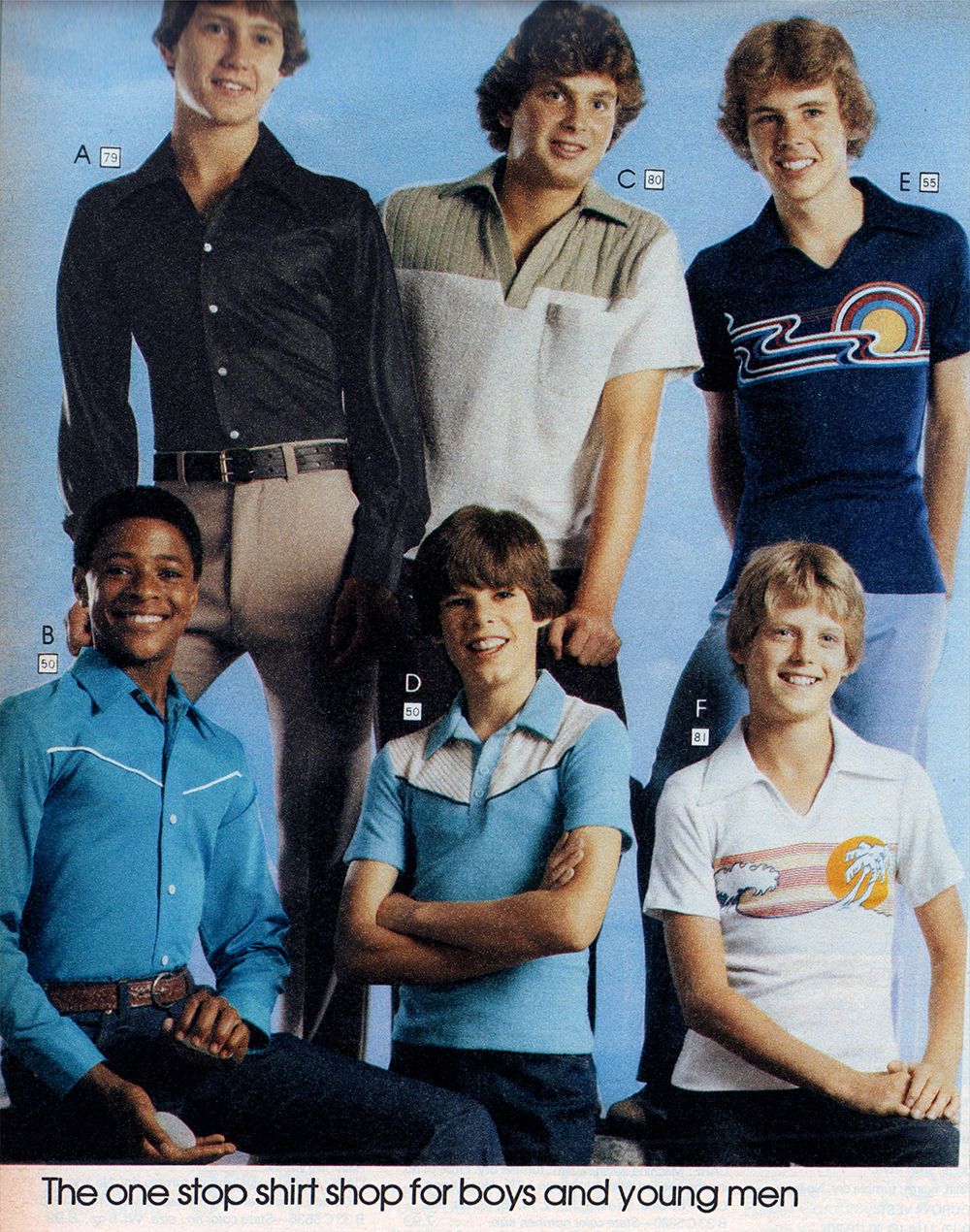 I totally had shirts just like these… and I’m also going to come out and admit I also owned the shimmering polyester-blend wide-collar monstrosity below.  For special occasions, of course. 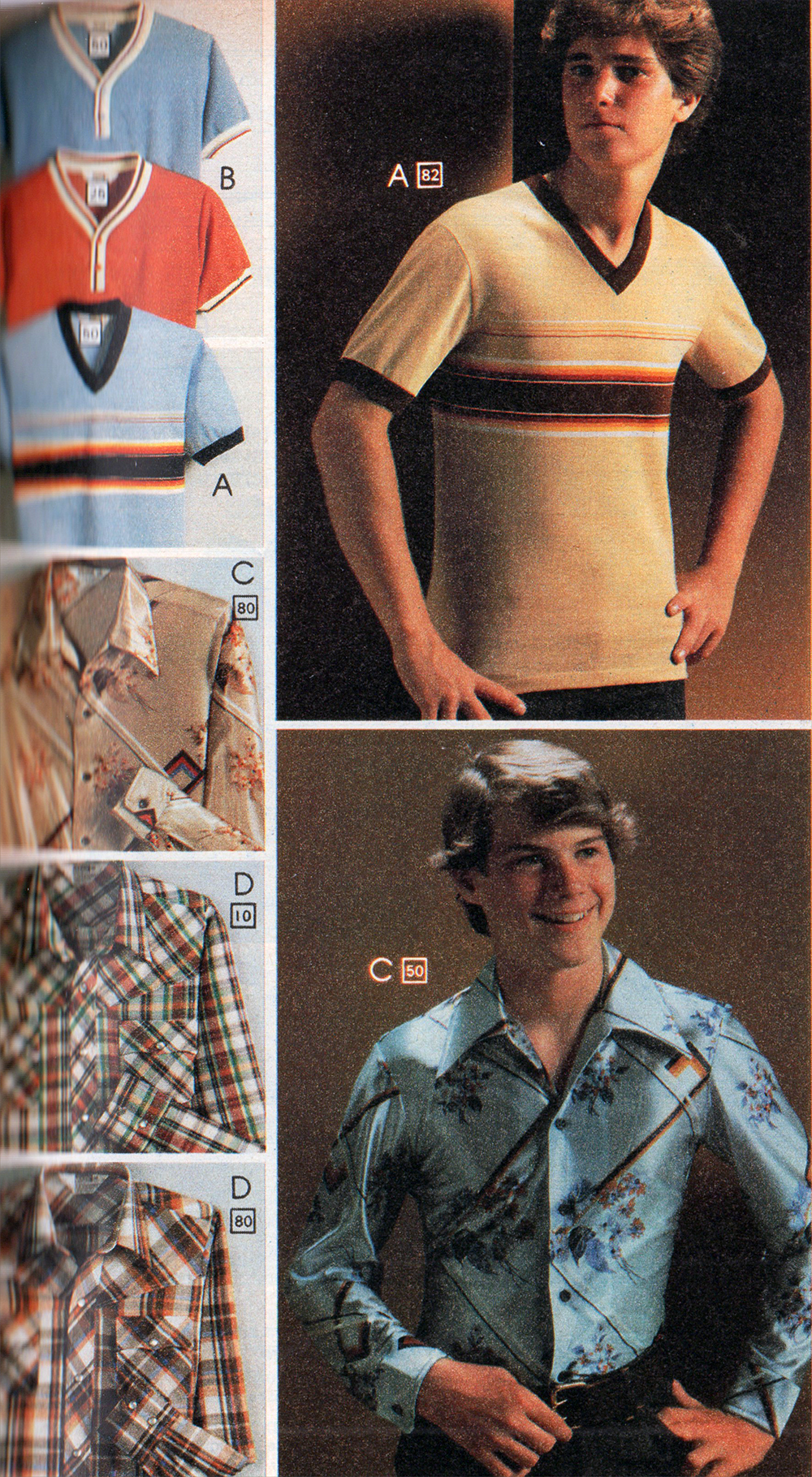 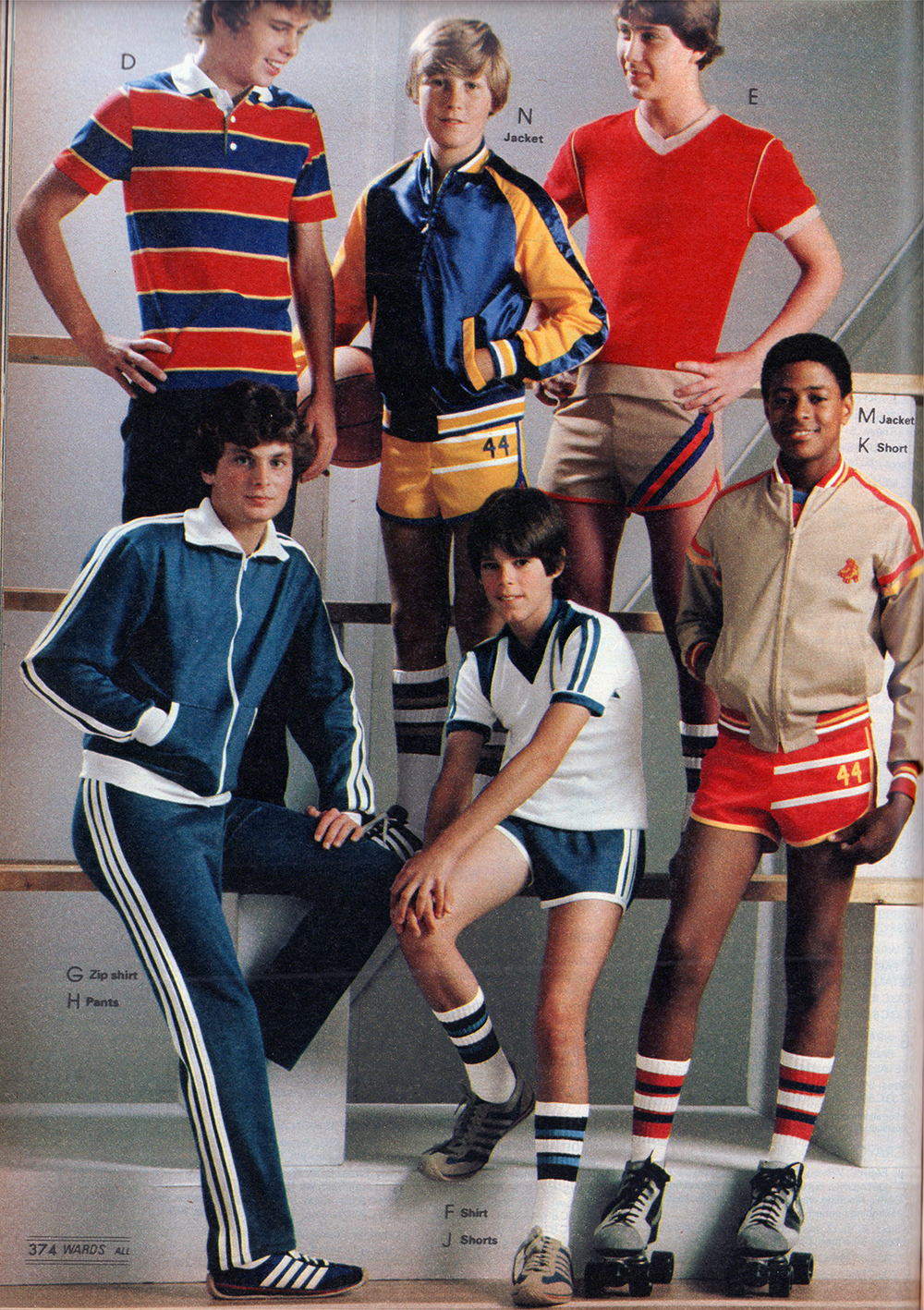 Ah, yes.  The striped socks.  You were extra special if your sock stripes matched your shirt and shorts.  That was the epitome of junior high style in 1980. 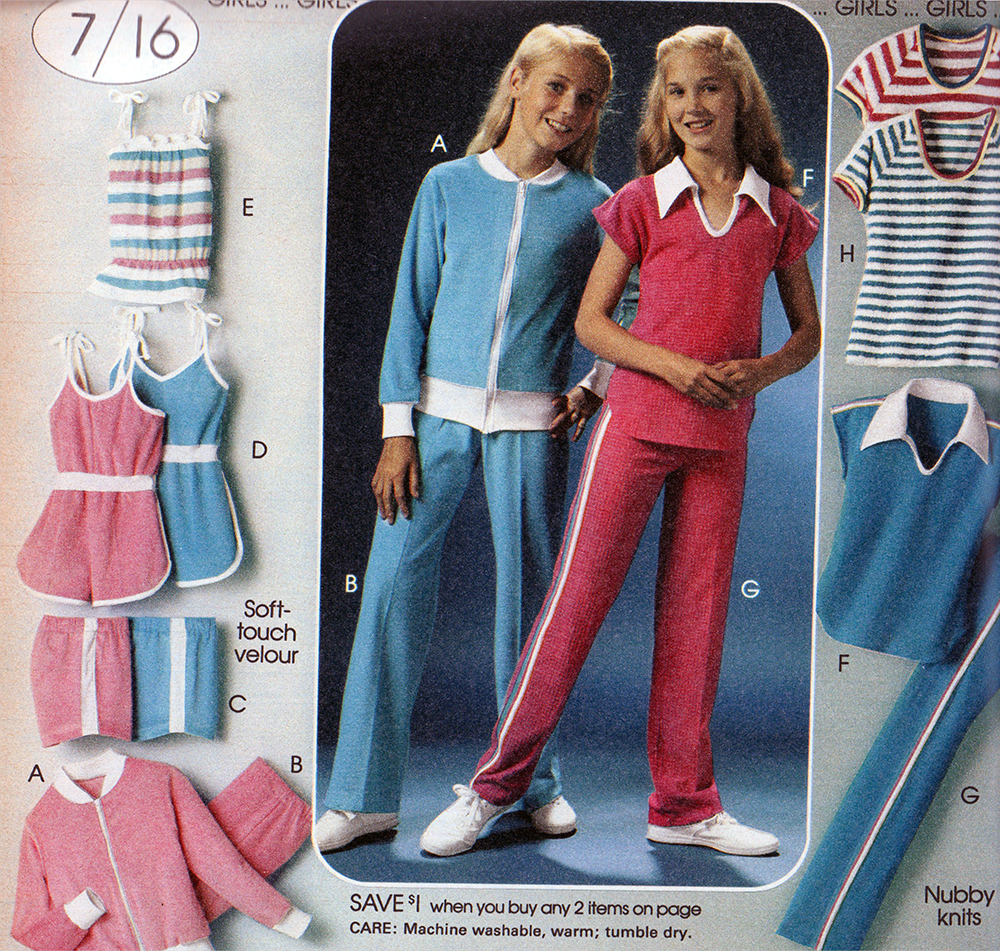 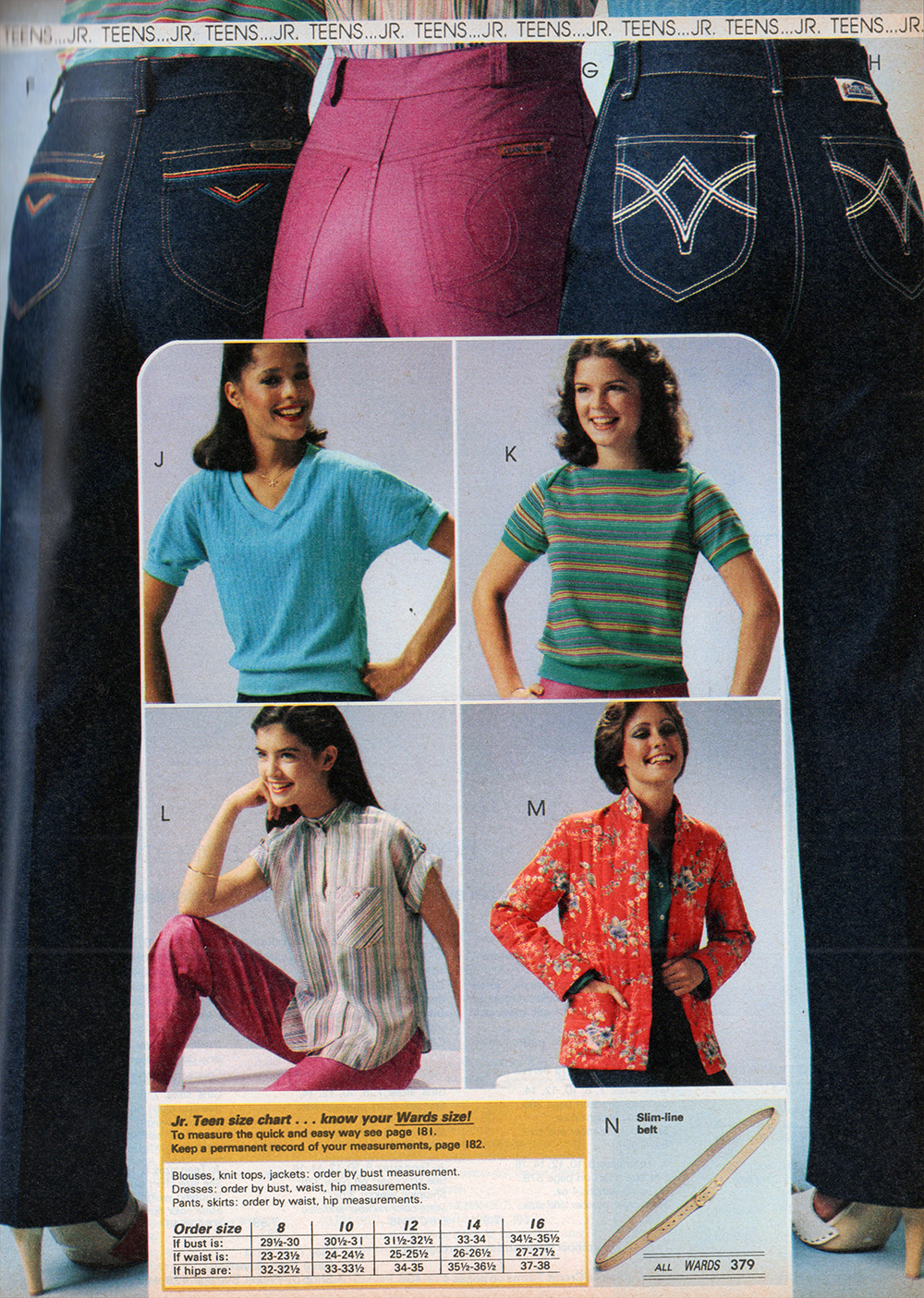 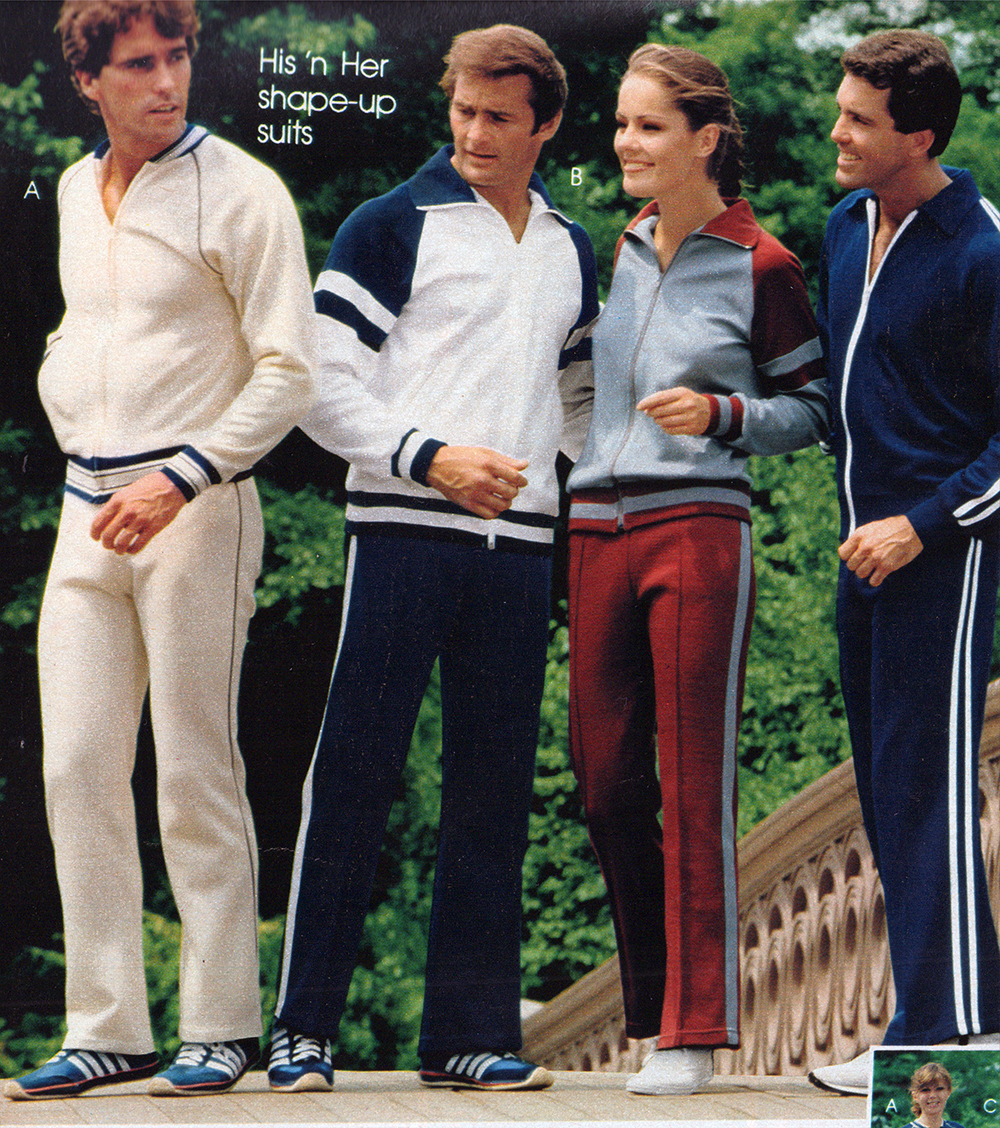 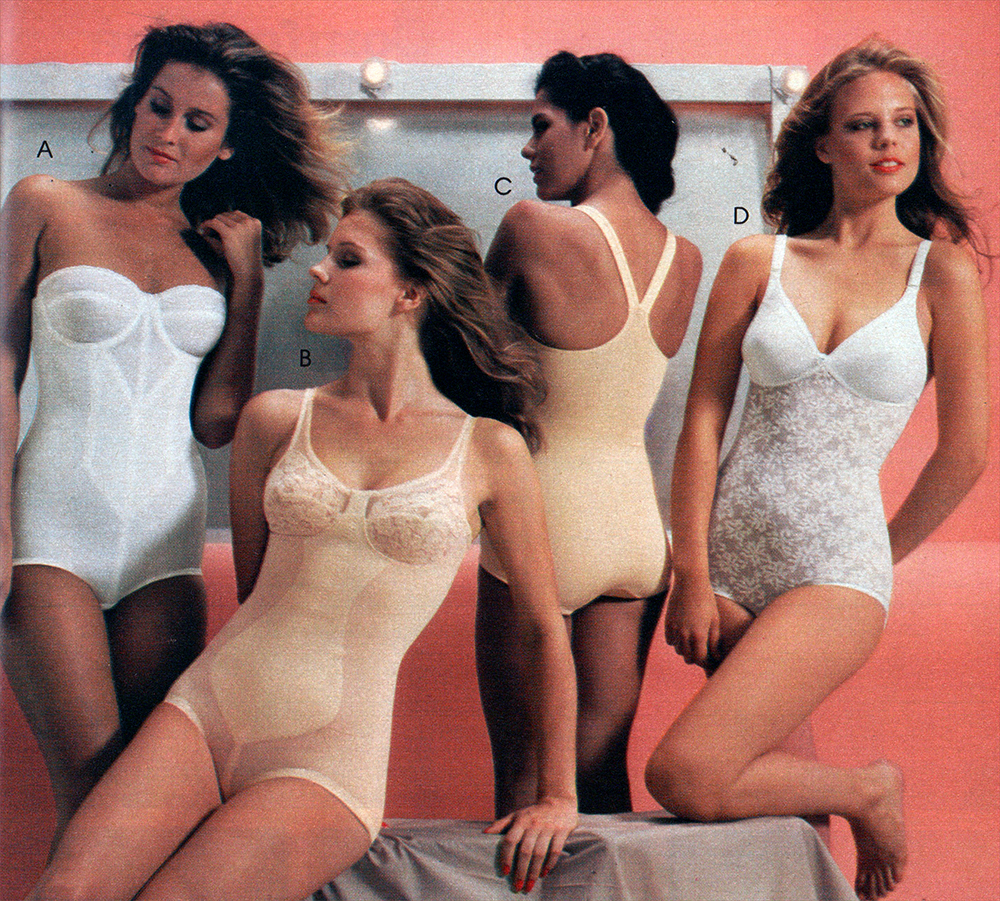 This, of course, was the section that young boys drooled over.  In a world with no internet, where else was a young lad going to see ladies in their undergarments? 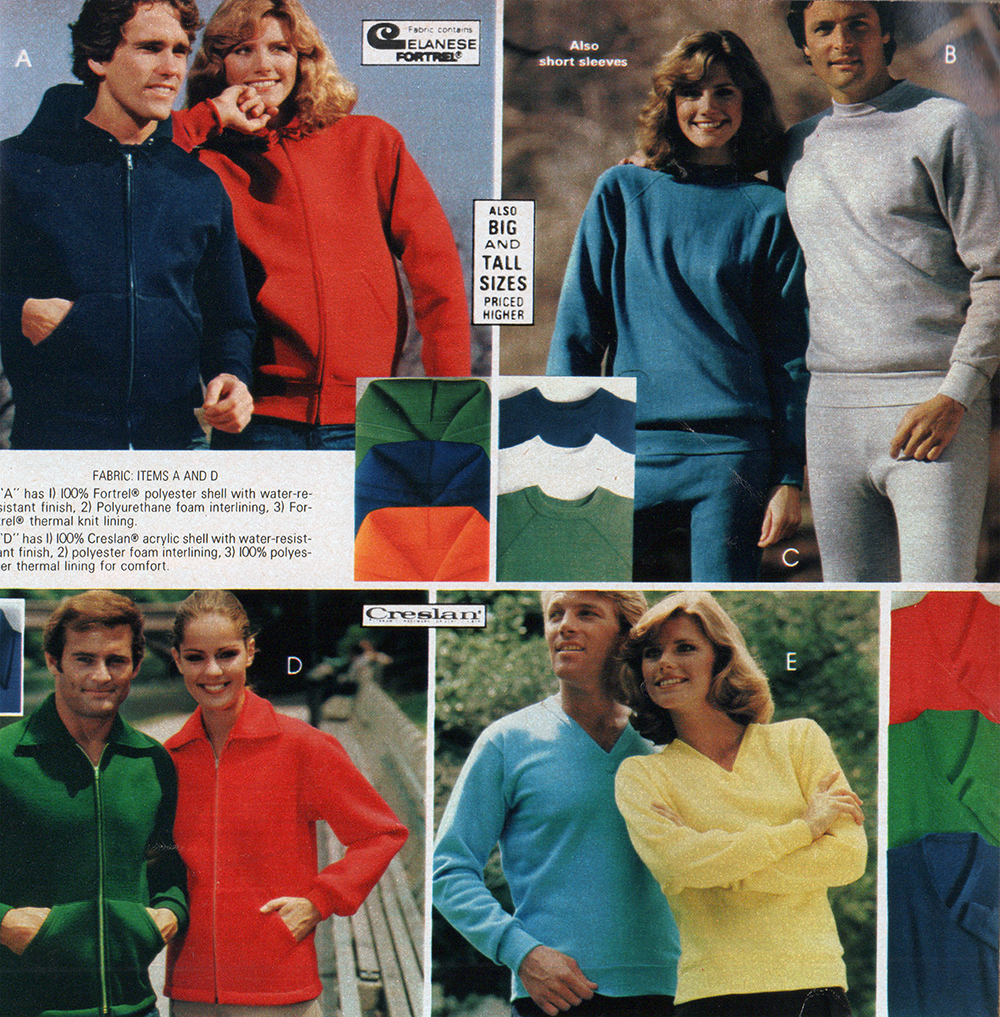 Well, I hope you enjoyed it. Until next time – Cheers.