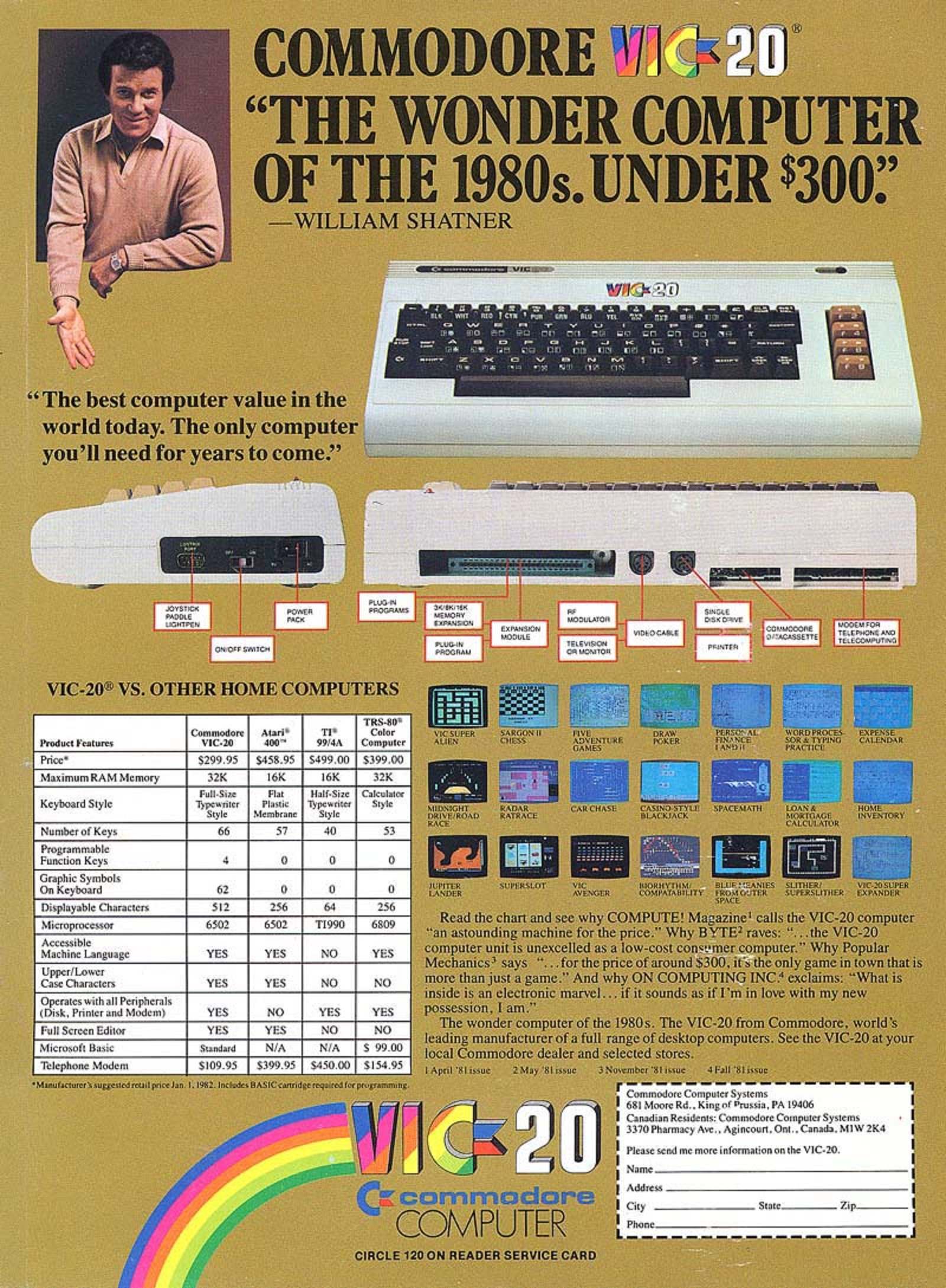 The first home computer to sell a million units was the Commodore VIC-20, an 8-bit unit hawked by Star Trek star William Shatner and released on the market in 1981.

Sold at a very reasonable $299.99, the Commodore VIC-20 was the best-selling computer of the 1982, and described as “revolutionary.”

Or, as the ads trumpeted: “a computer like this would have been science fiction a few years ago. Now it’s reality.” 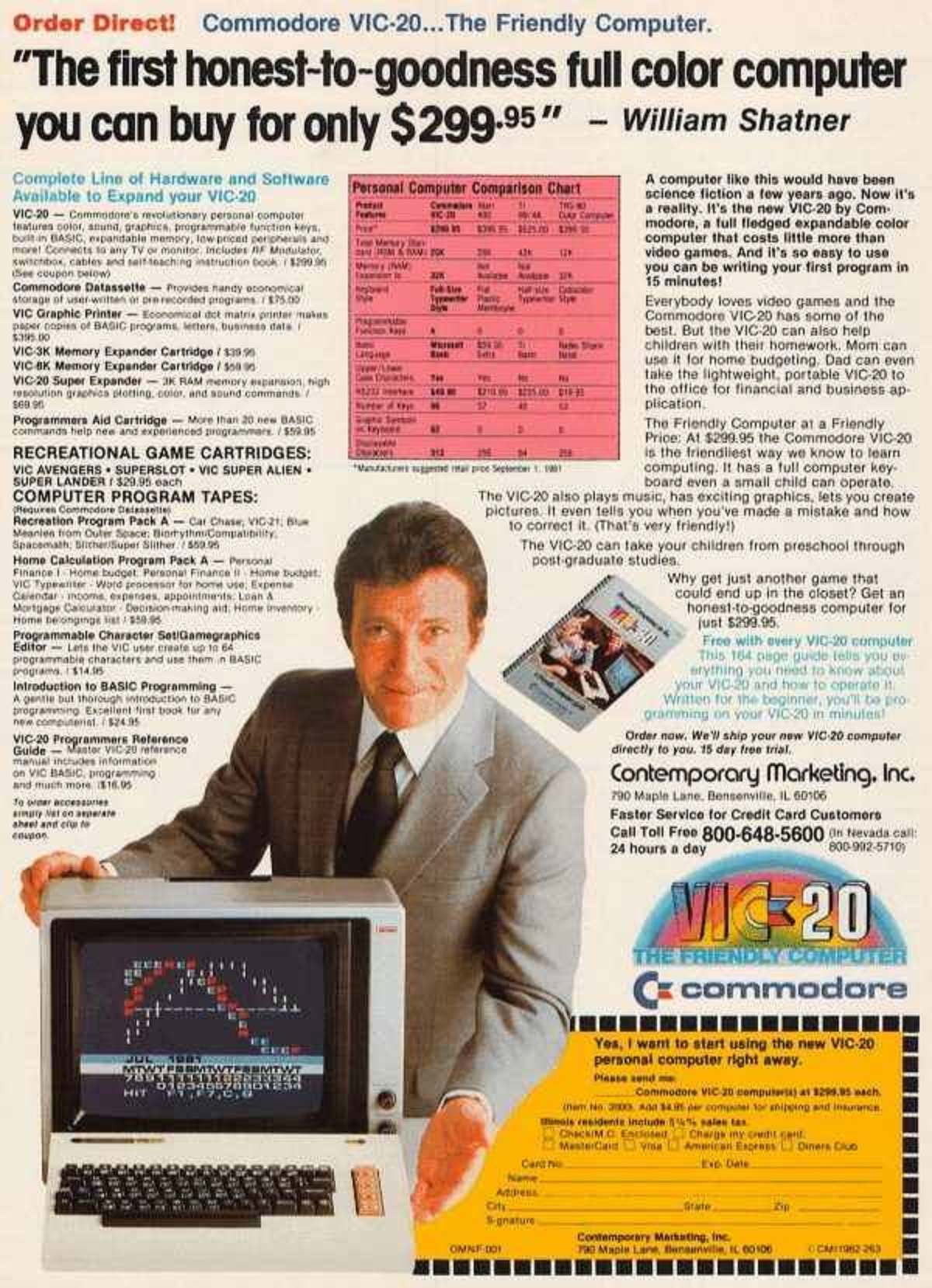 Shatner’s TV commercials were effective, in part because the marketing technique involved positioning the VIC-20 against Atari 2600 and Intellivision game systems.

“Why buy just a video game?” Shatner queried, when “the whole family can learn to compute!” A key selling point was, accordingly, that this machine had a keyboard, not just joysticks.

Here are some more Commodore VIC-20 commercials, but sans Shatner: