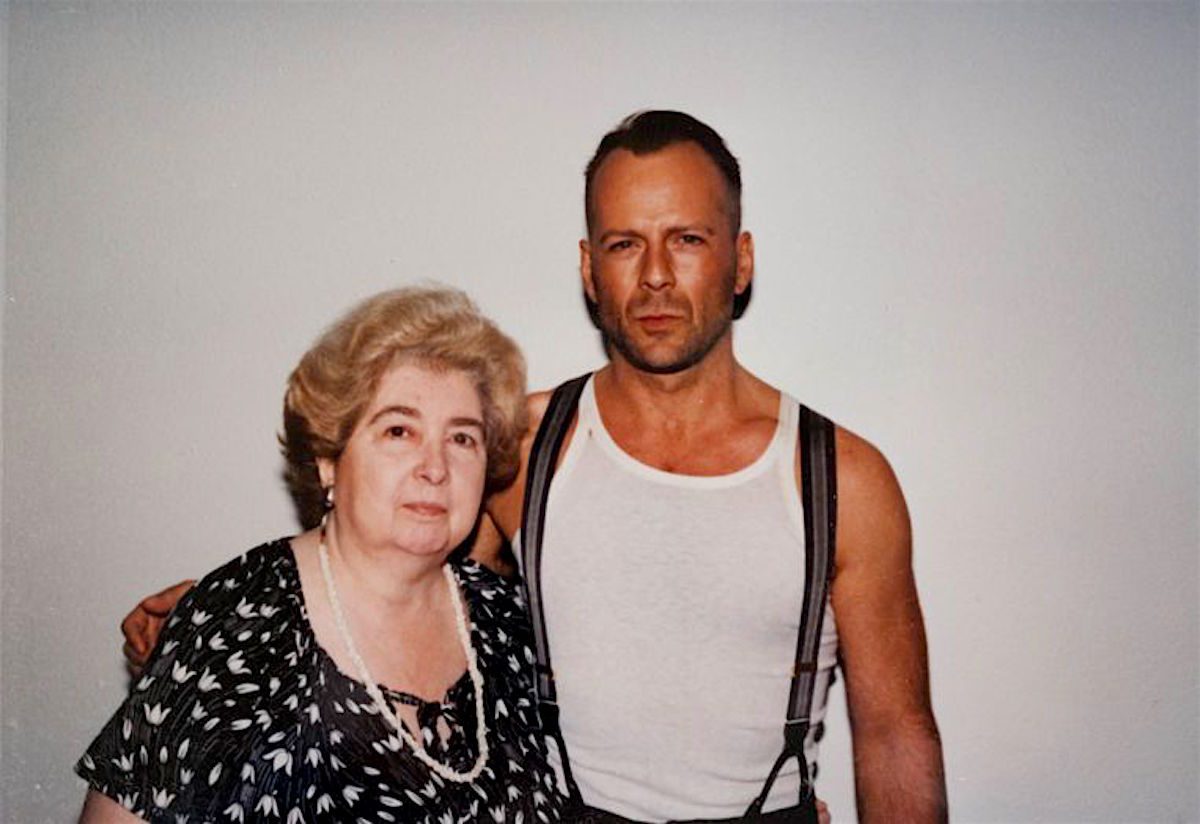 File under “I” for incredible as in “F” for find. For sale amongst the bric-a-brac, old wrinkled paperbacks, scratched vinyl, and once fashionable clothes of a Belgium thrift store was a most unusual photo-album. Old photographs tend to appeal to a certain kind of customer–those with an interest in photography, or history, or artists looking for source material–but this particular photo-album donated to Opnieuw & Co. would have surprised even those most jaded of shopper.

Inside its plastic bound cover was an incredible selection of photographs featuring an array of A-list film and TV stars. At a quick glance one might have mistaken the woman standing next to Bruce Willis or Johnny Depp as perhaps his mother. But then it becomes apparent this petite shrub of a woman appears in every photograph with every one of these stars, who all seem more than happy to pose with her. 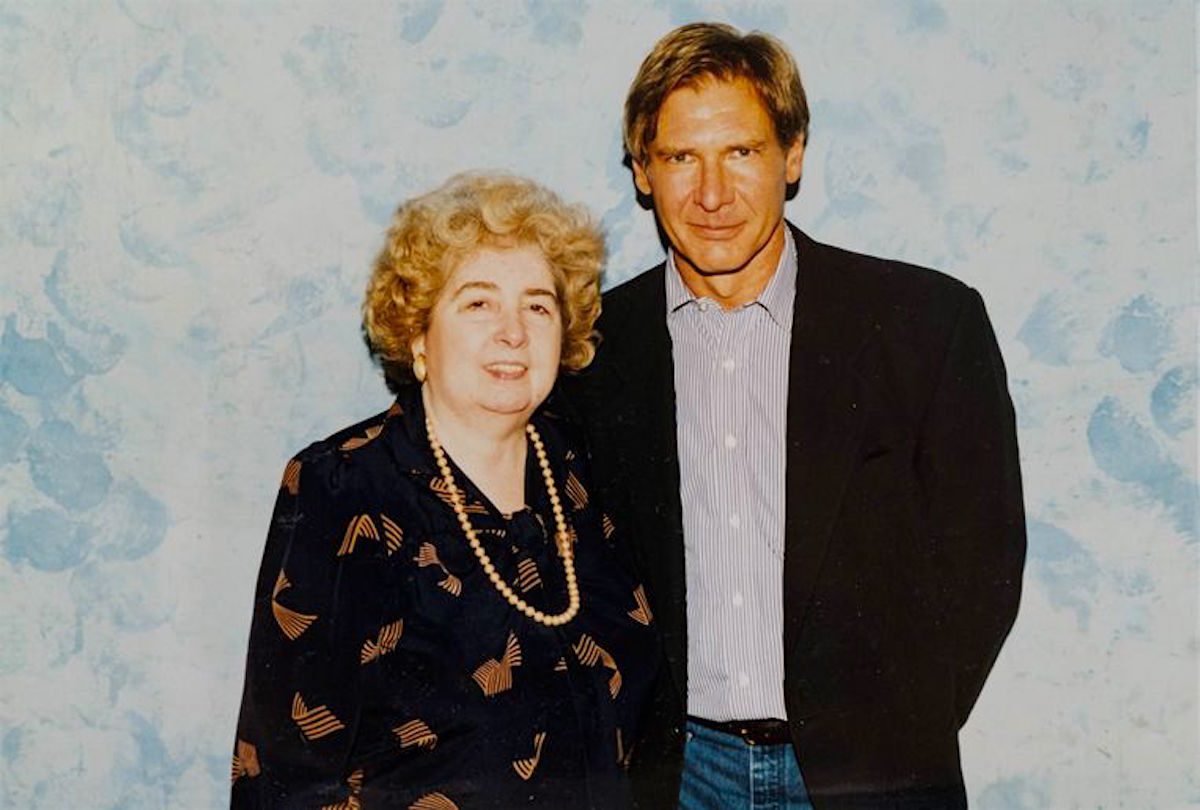 Who is she? Is she someone famous? Or, perhaps a behind-the-scenes technician–an acting coach, a speech therapist, or script supervisor. Or, maybe just maybe  a stalker? Who knew?

On the album’s discovery, it seemed nobody knew. But a little detective work by eagle-eyed viewers noted this individual could be identified by her name tag in a photograph where she stands beside Medicine Woman Jane Seymour.

The woman was Maria Snoeys-Lagler, a former member of the Hollywood Foreign Press Association (HFPA). Snoeys-Lagler was one of the 90 members of the HFPA, who each have a role in choosing winners for the Golden Globes Awards.

Alas, Snoeys-Lagler died in 2016 at the age of 87, which possibly explains how this particular photo-album ended up in a thrift store. Some incurious individual perhaps tossed it out thinking it perhaps full of boring pictures of Ms. Snoeys-Lagler on holiday or smiling cheerfully at office parties. Who knows? But since Maria Snoeys-Lagler has been identified, the kind people at Opnieuw & Co. have reached out to her daughter in California to offer the return of this once prized possession. 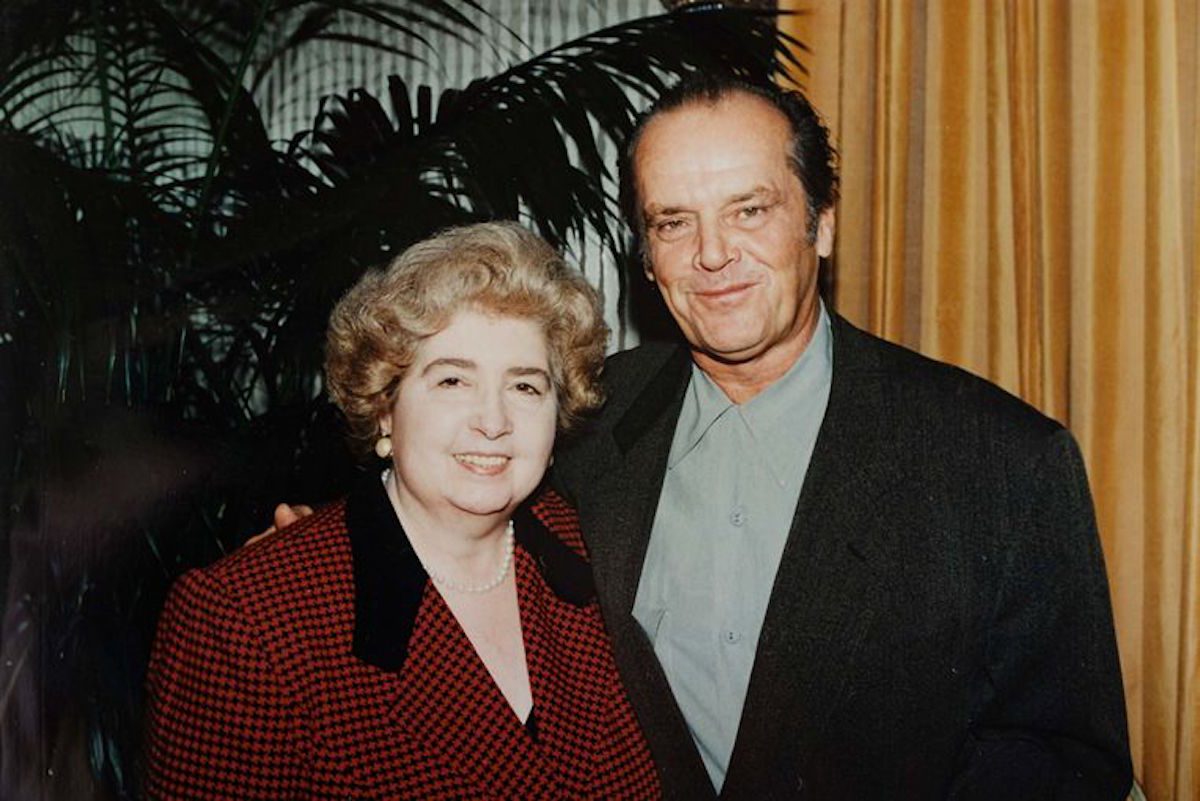 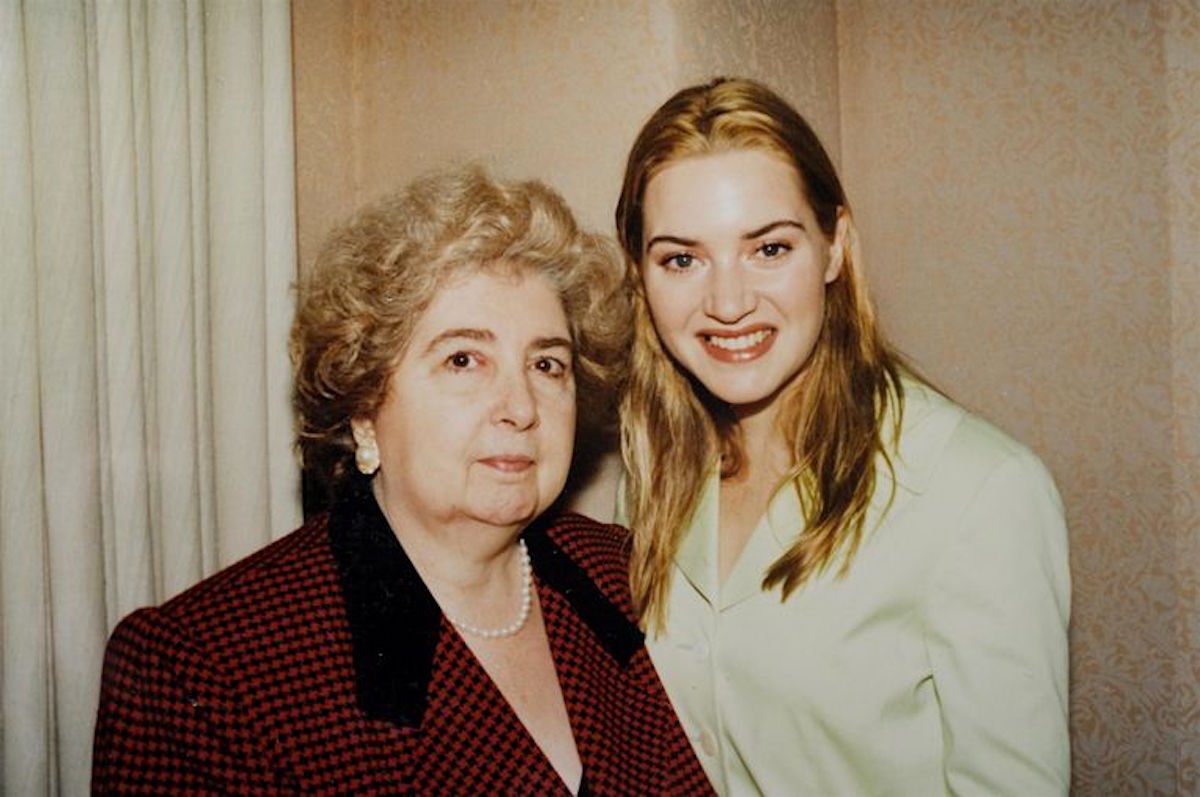 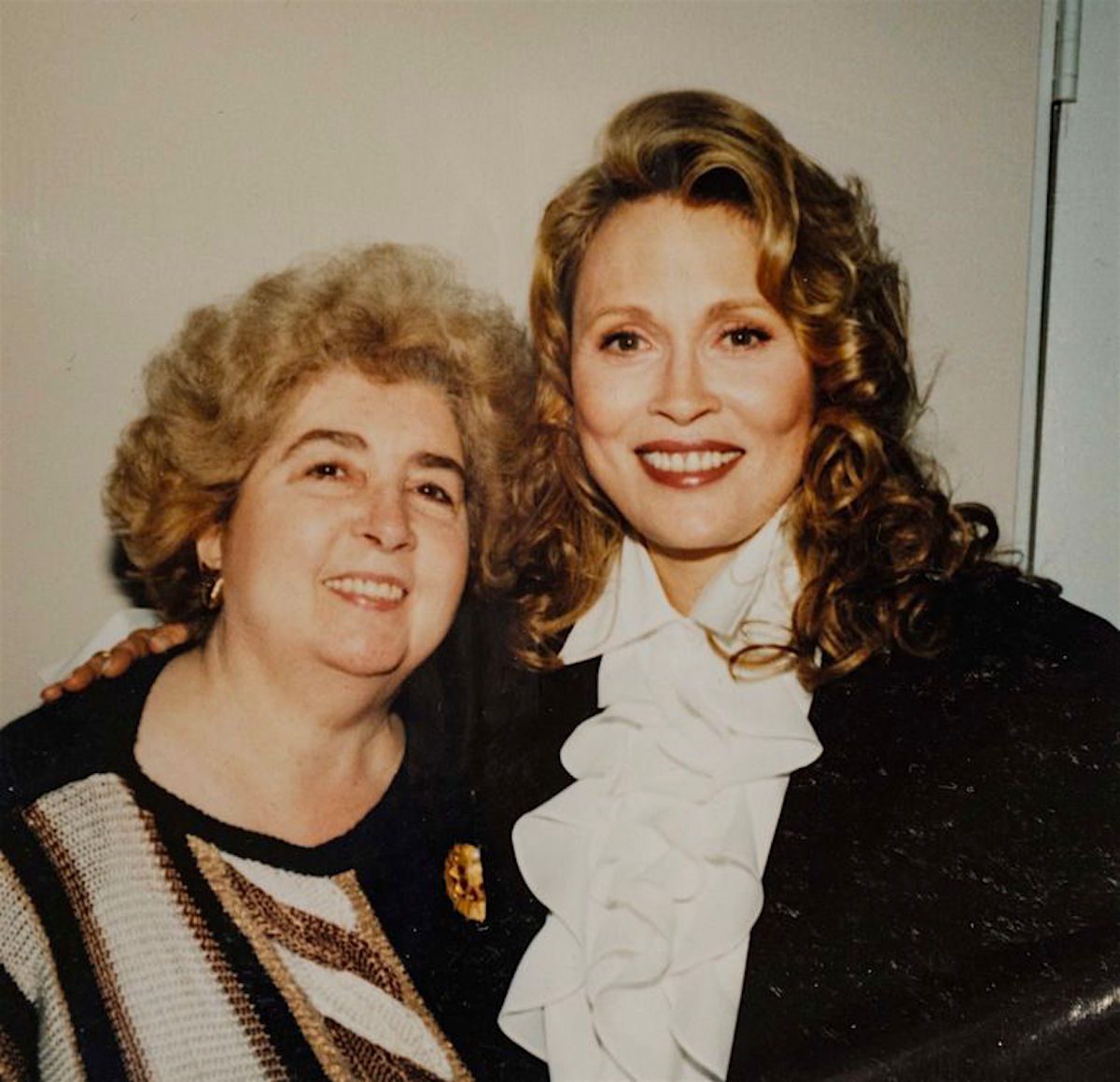 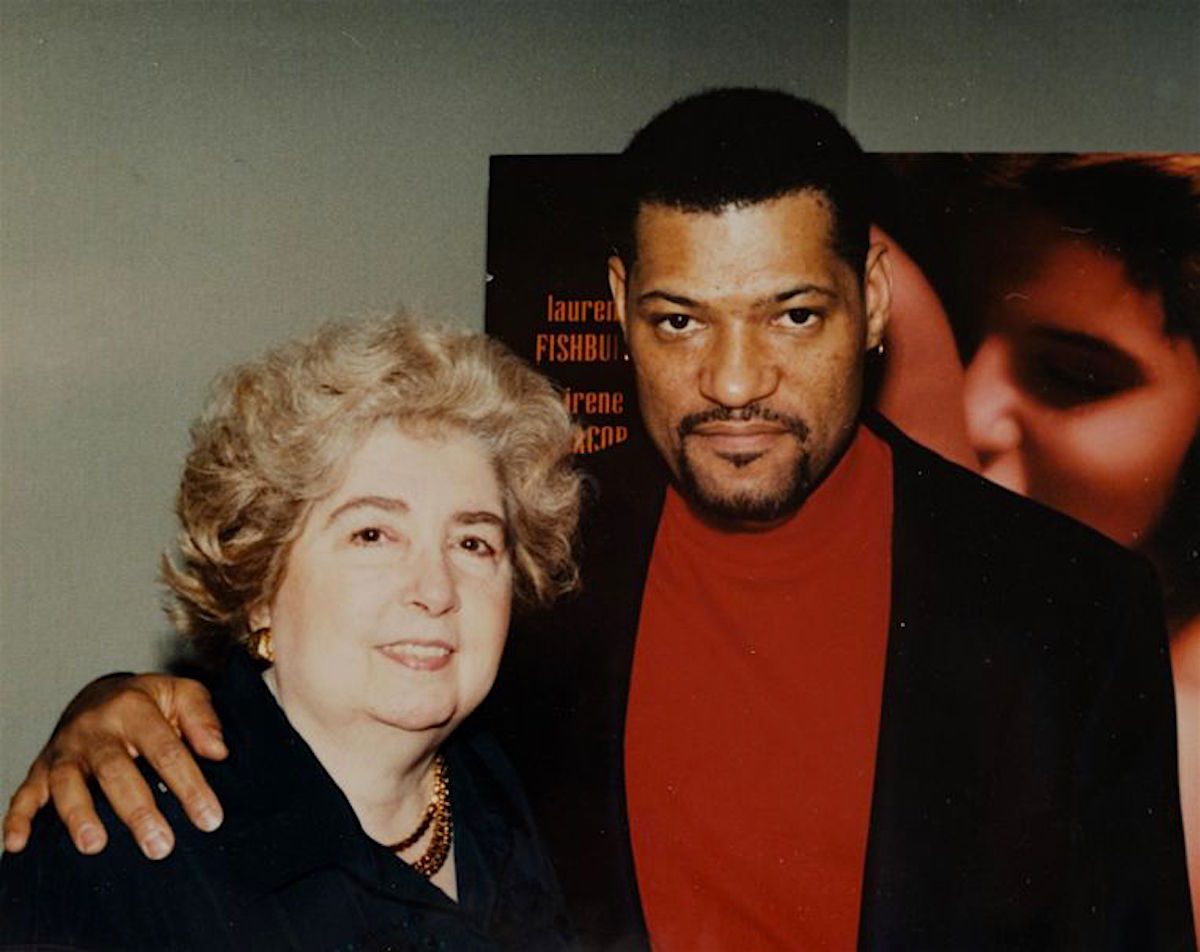 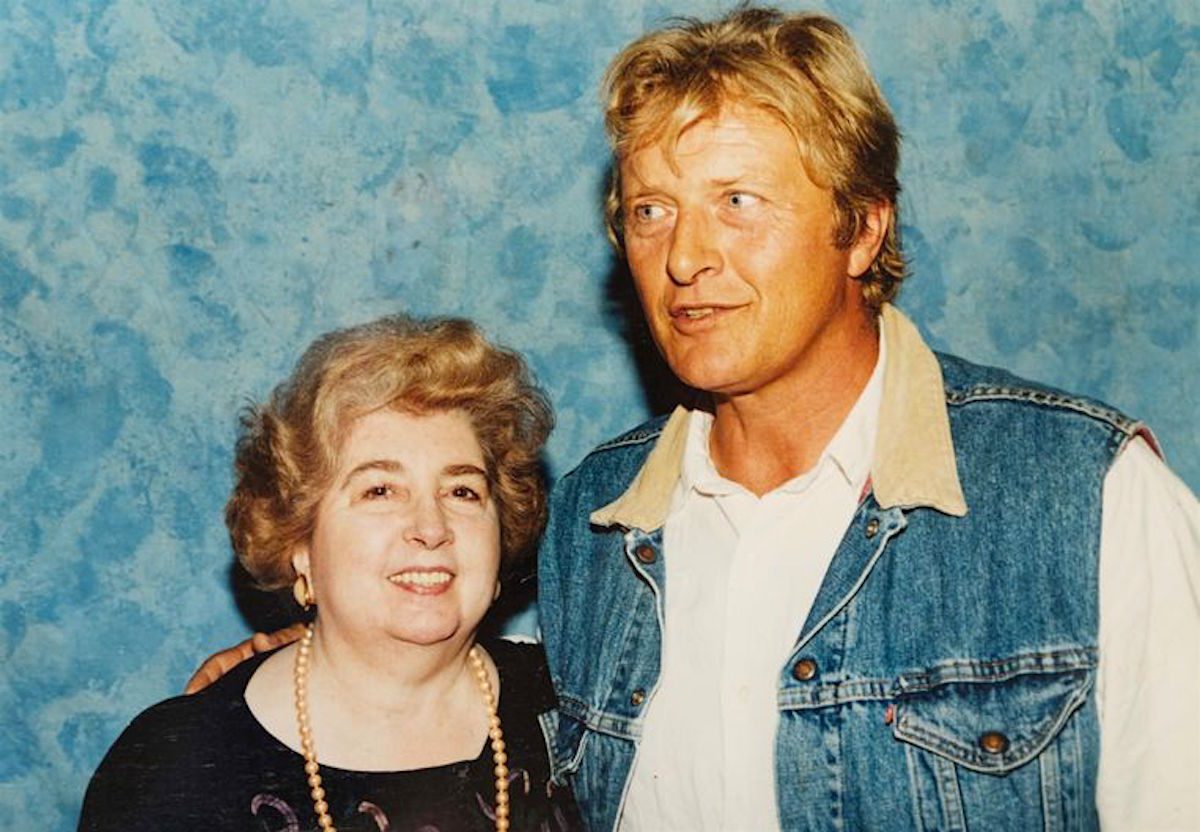 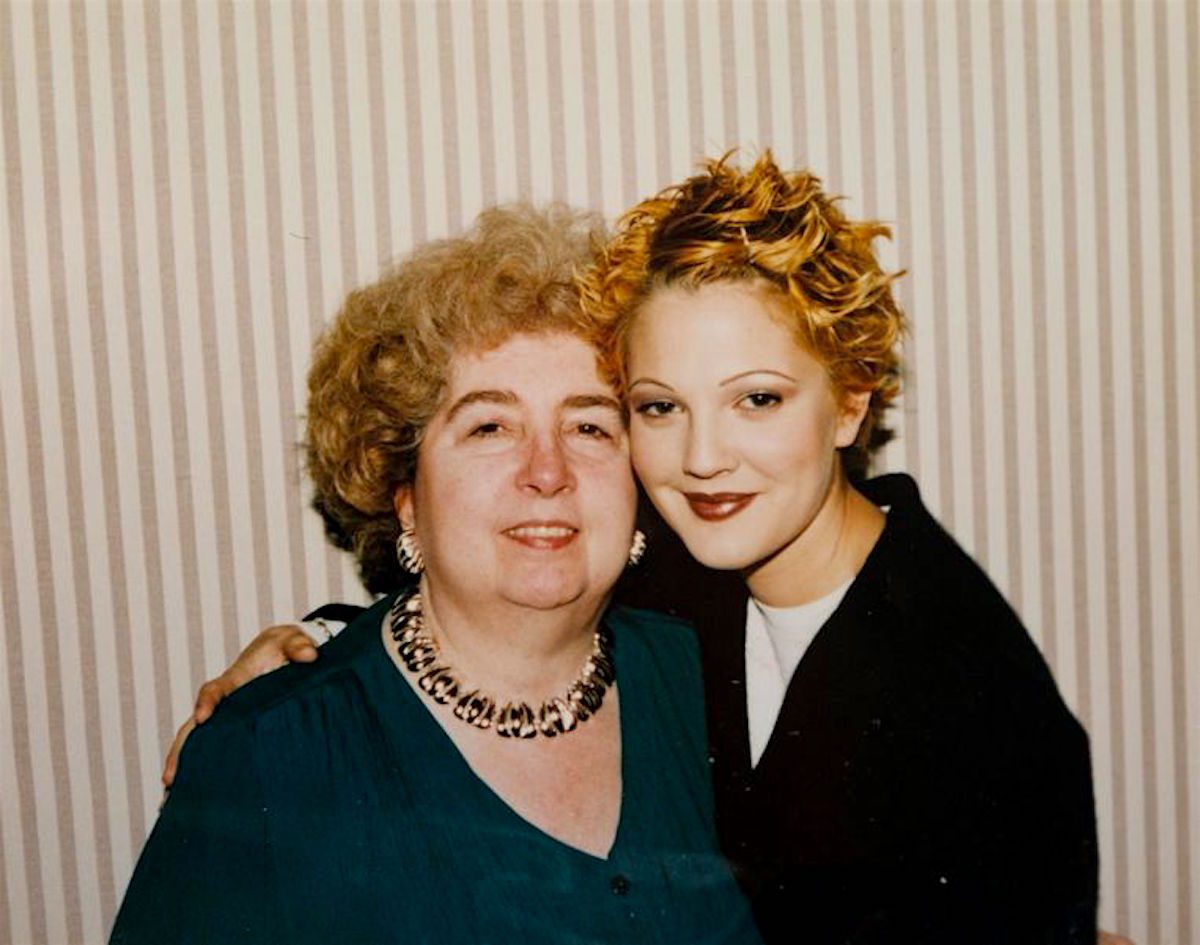 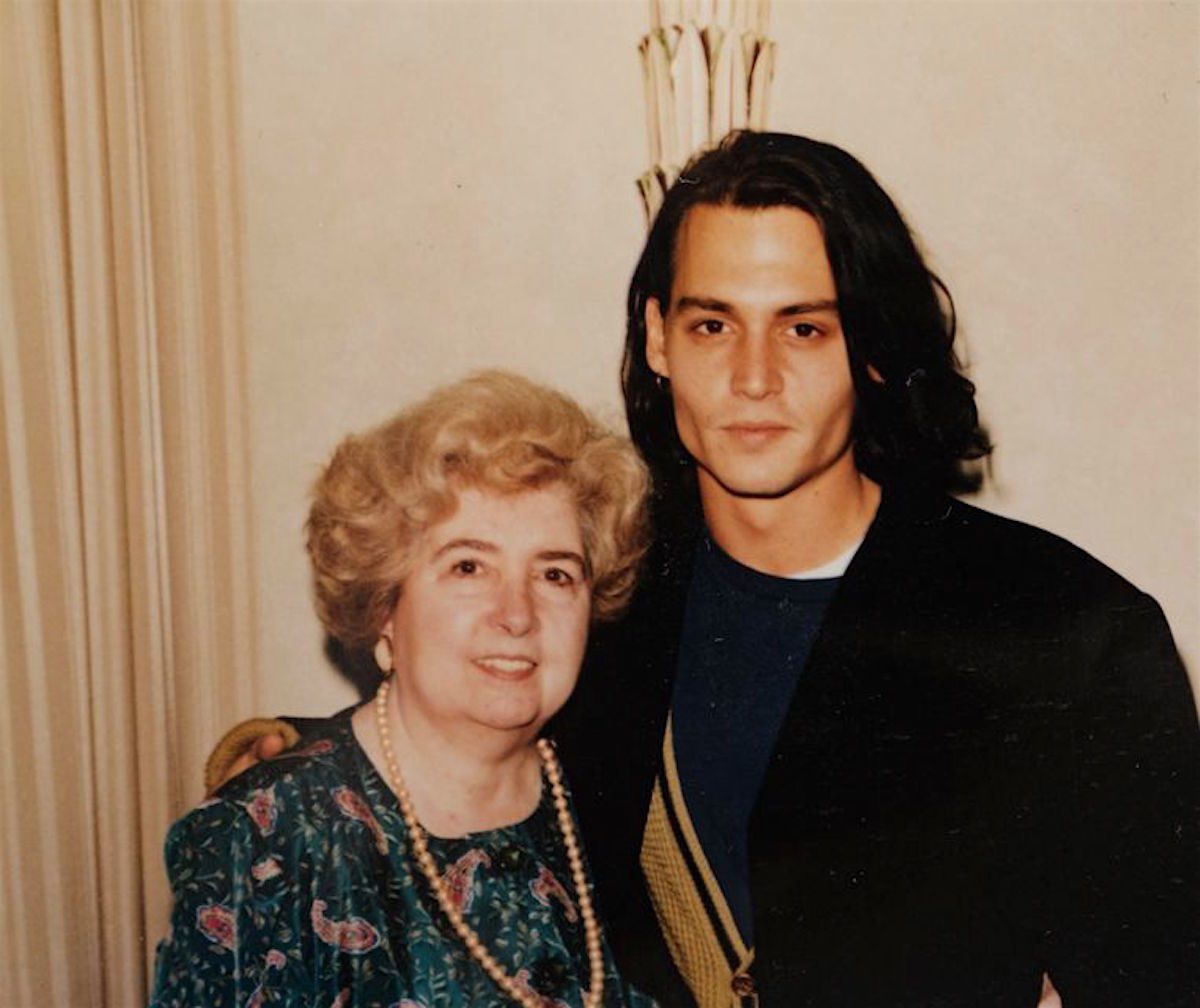 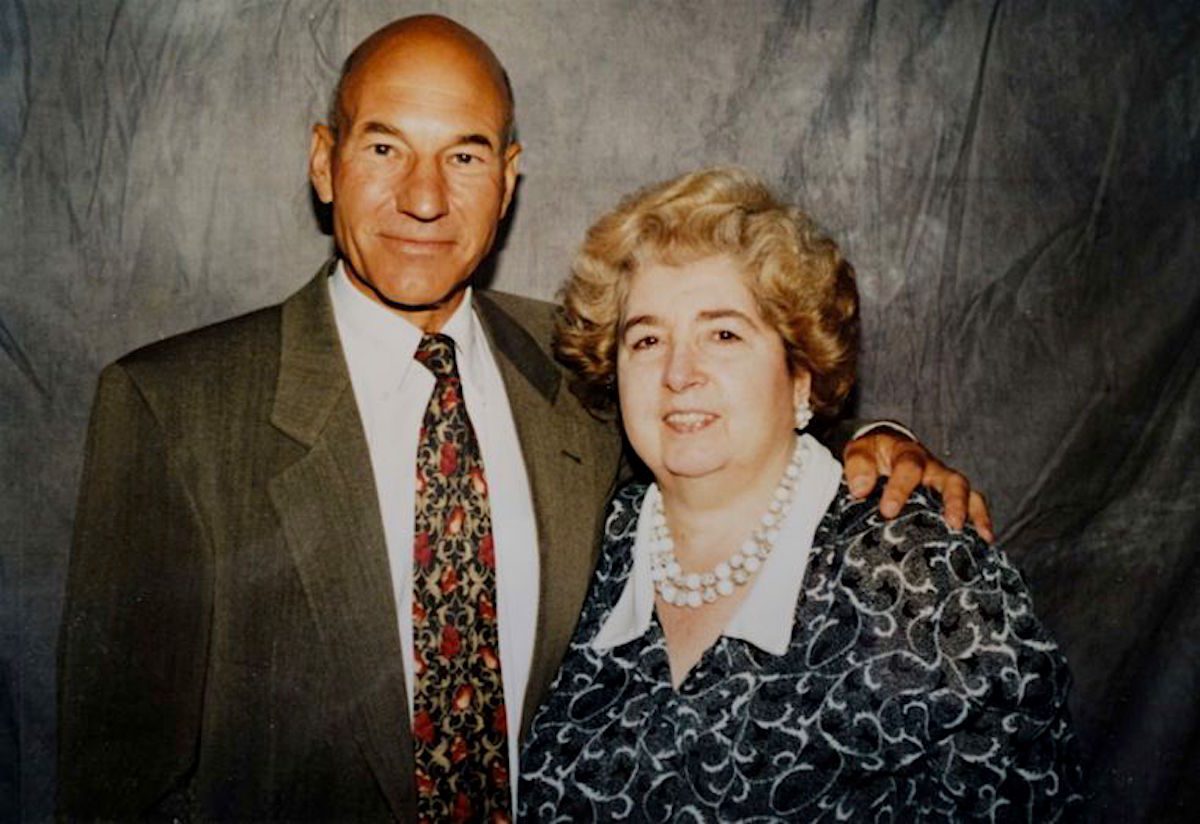 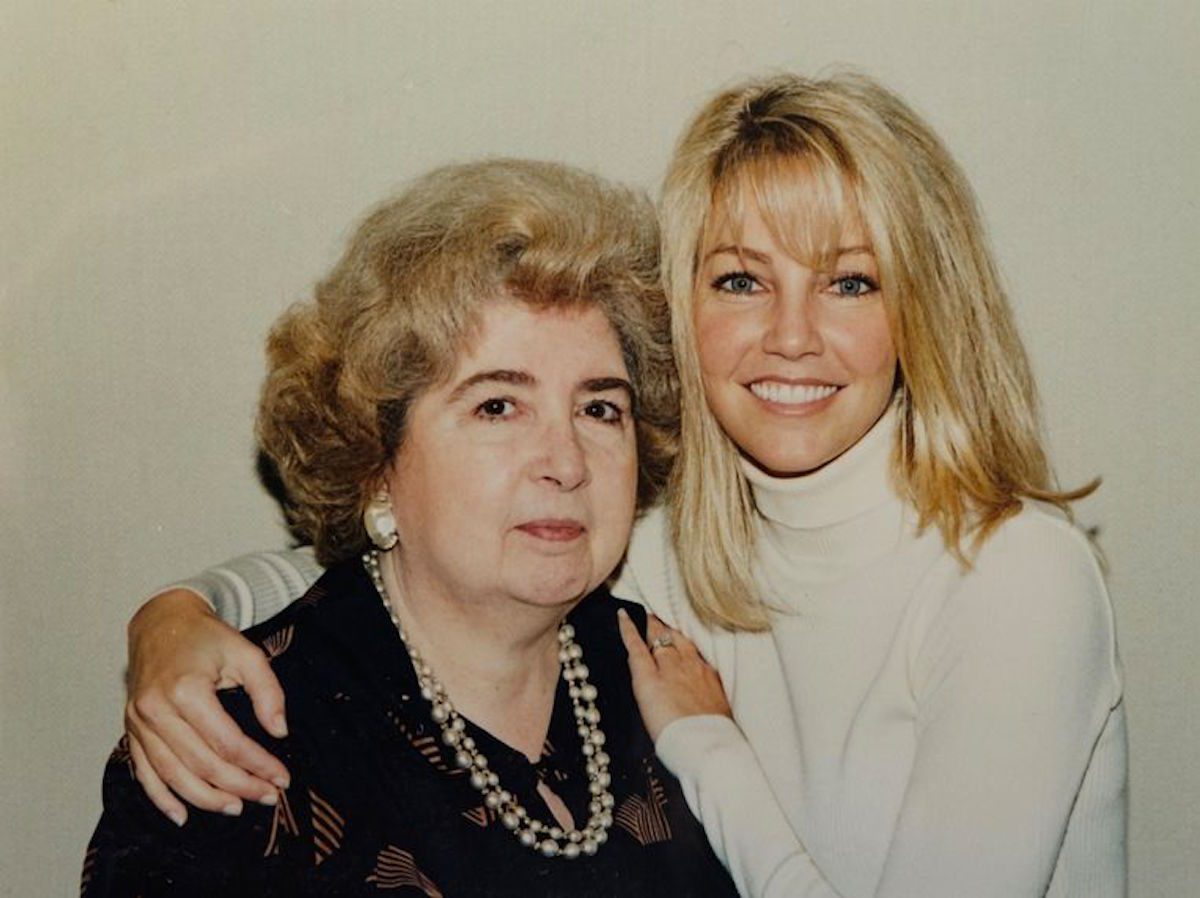 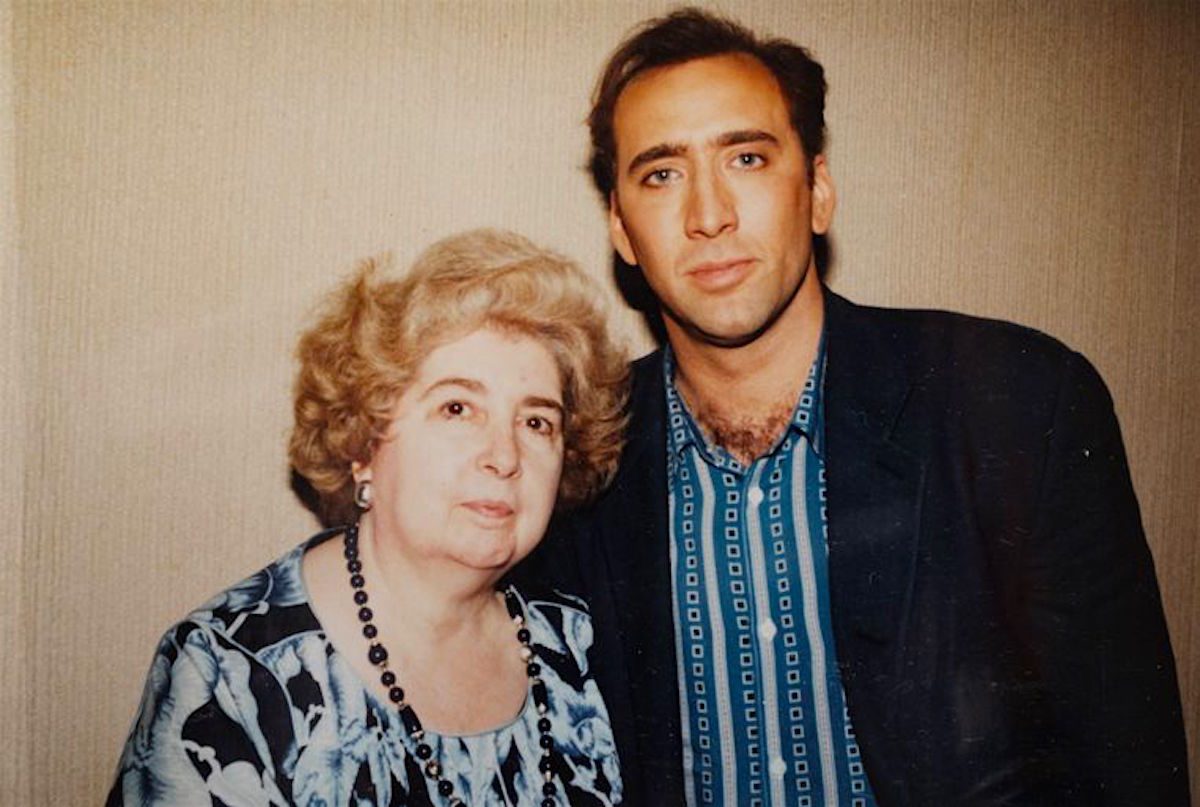 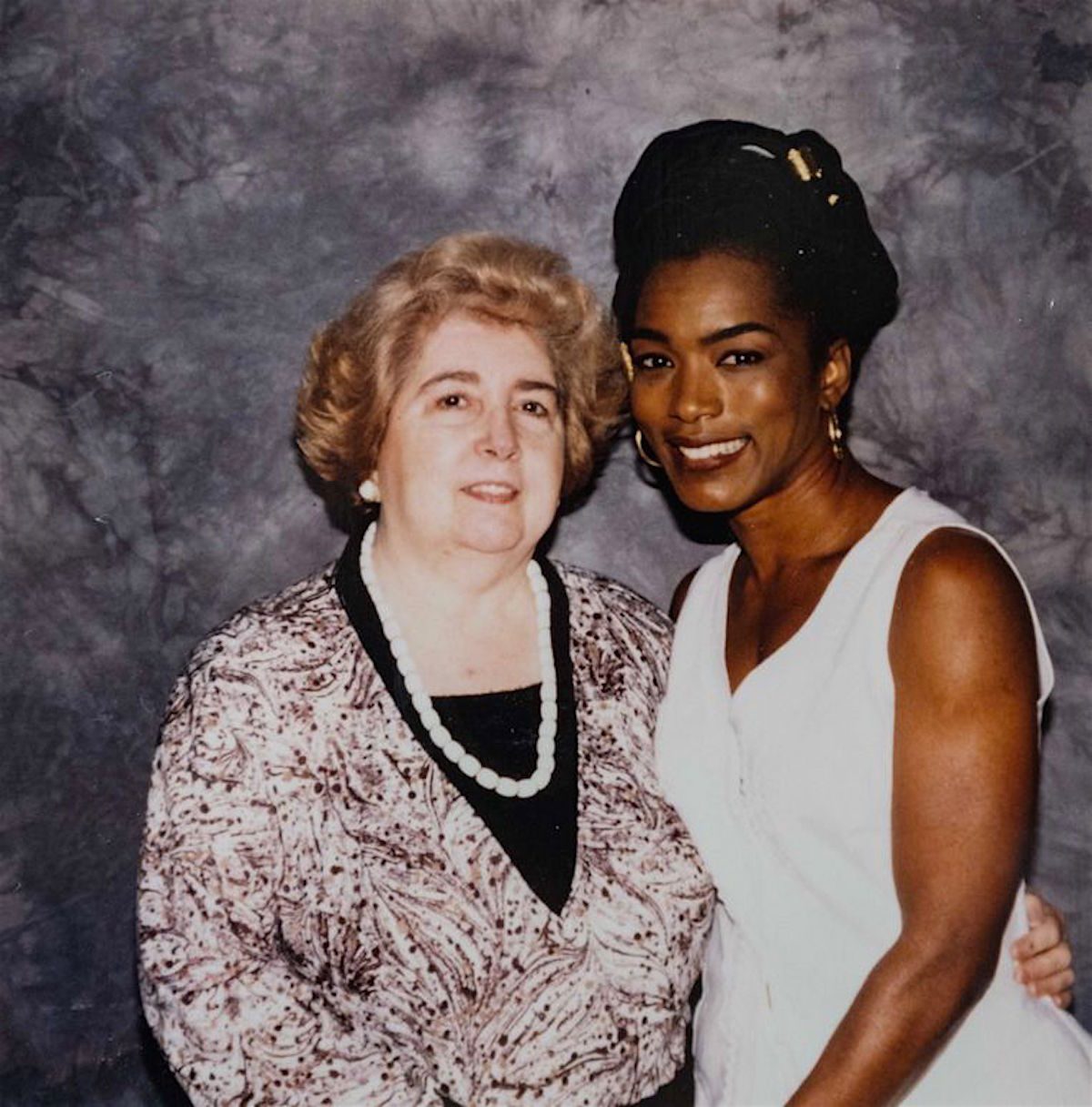 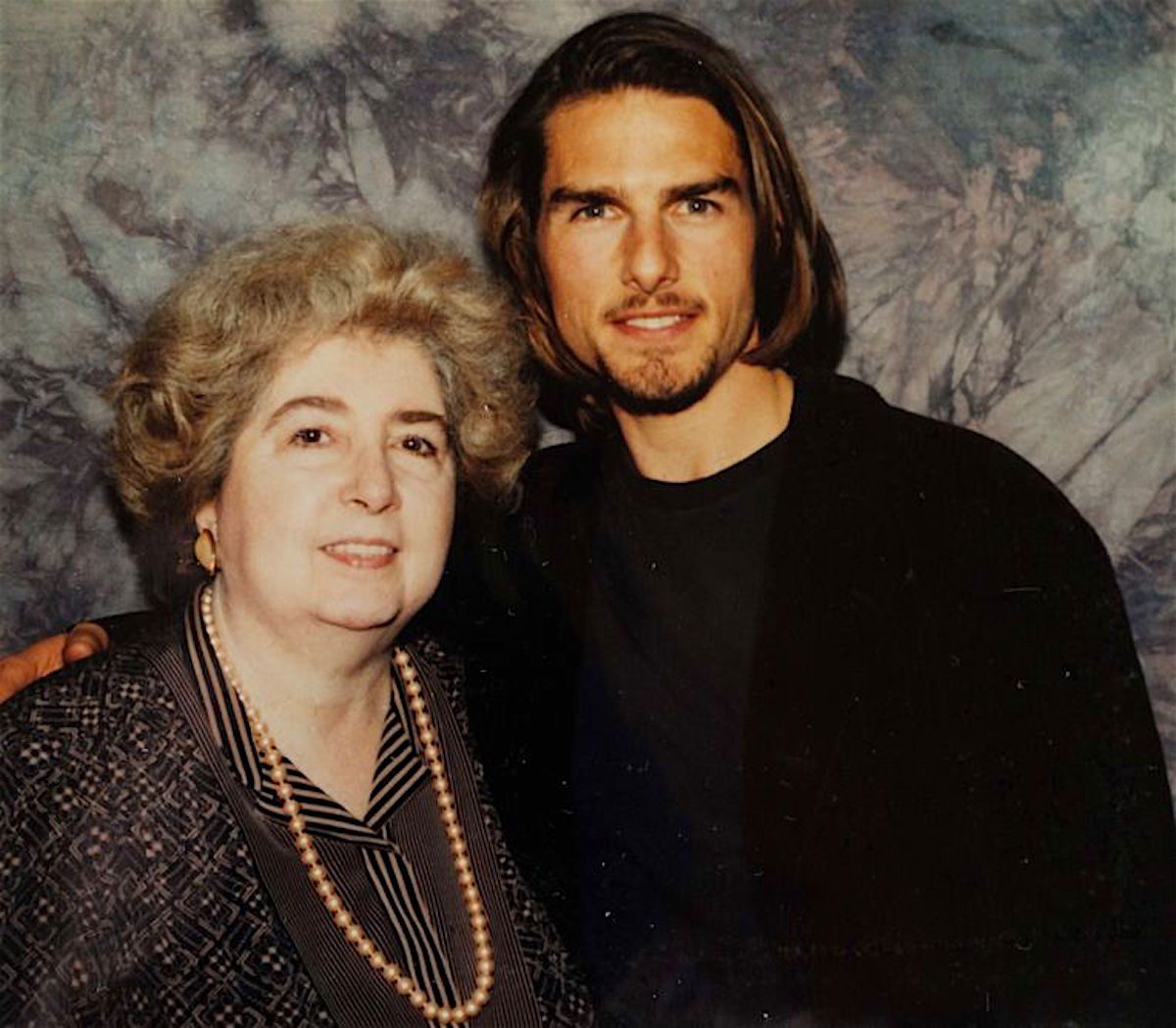 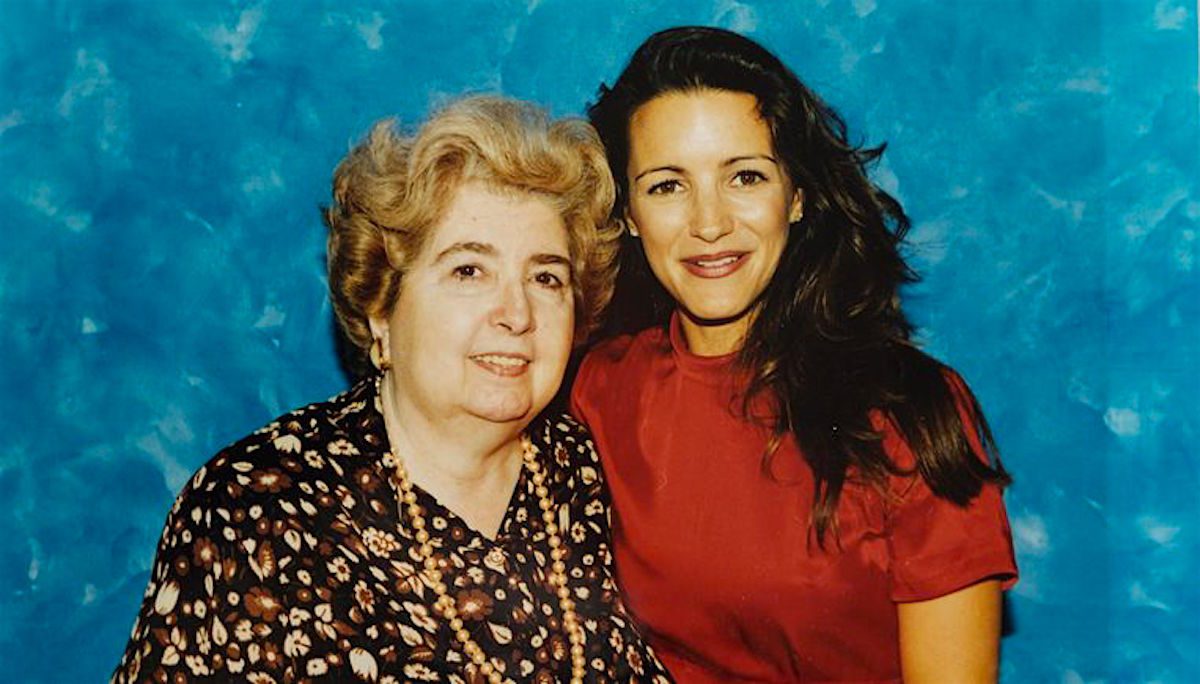 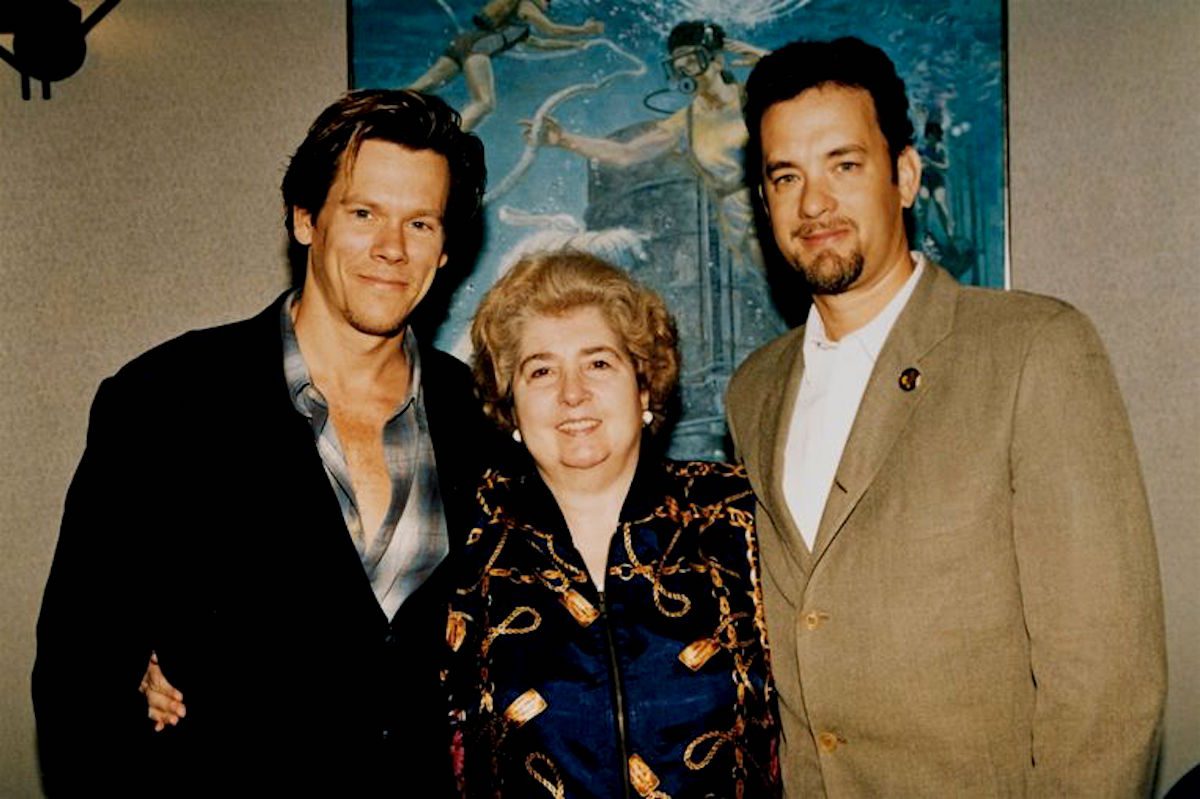 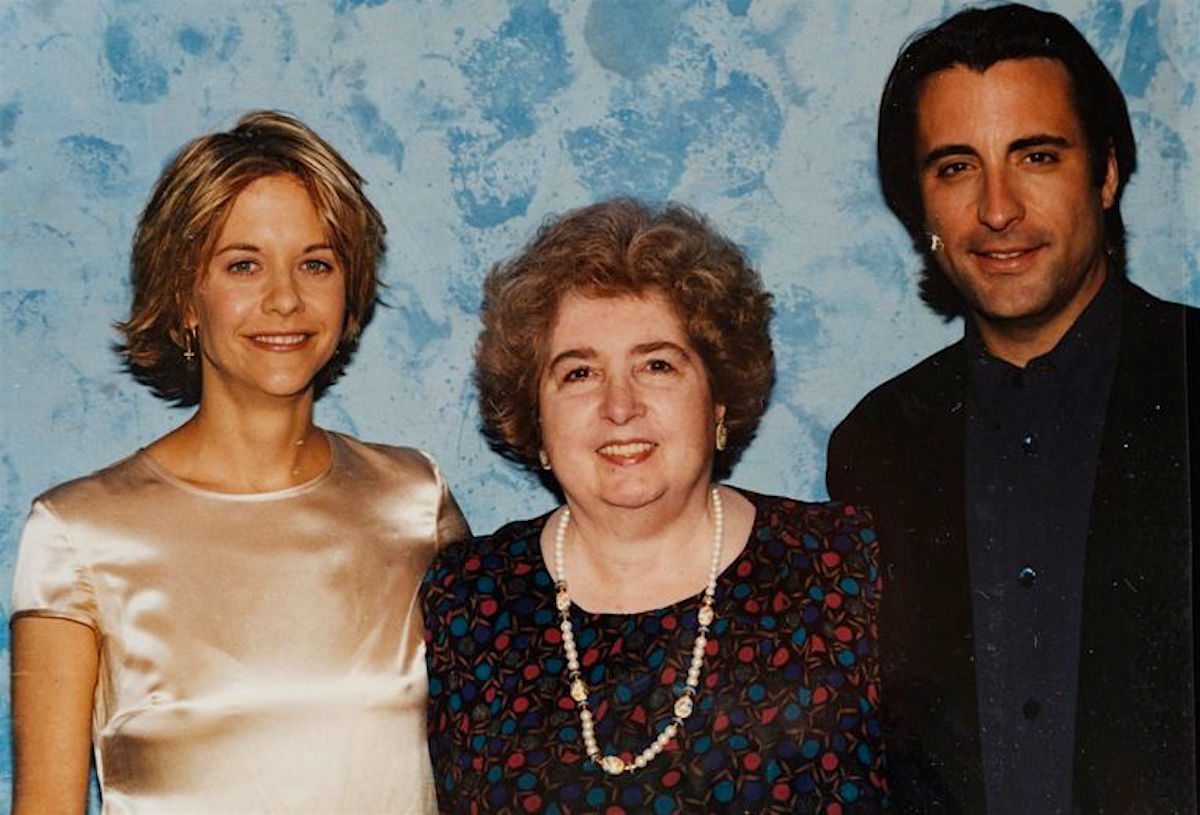 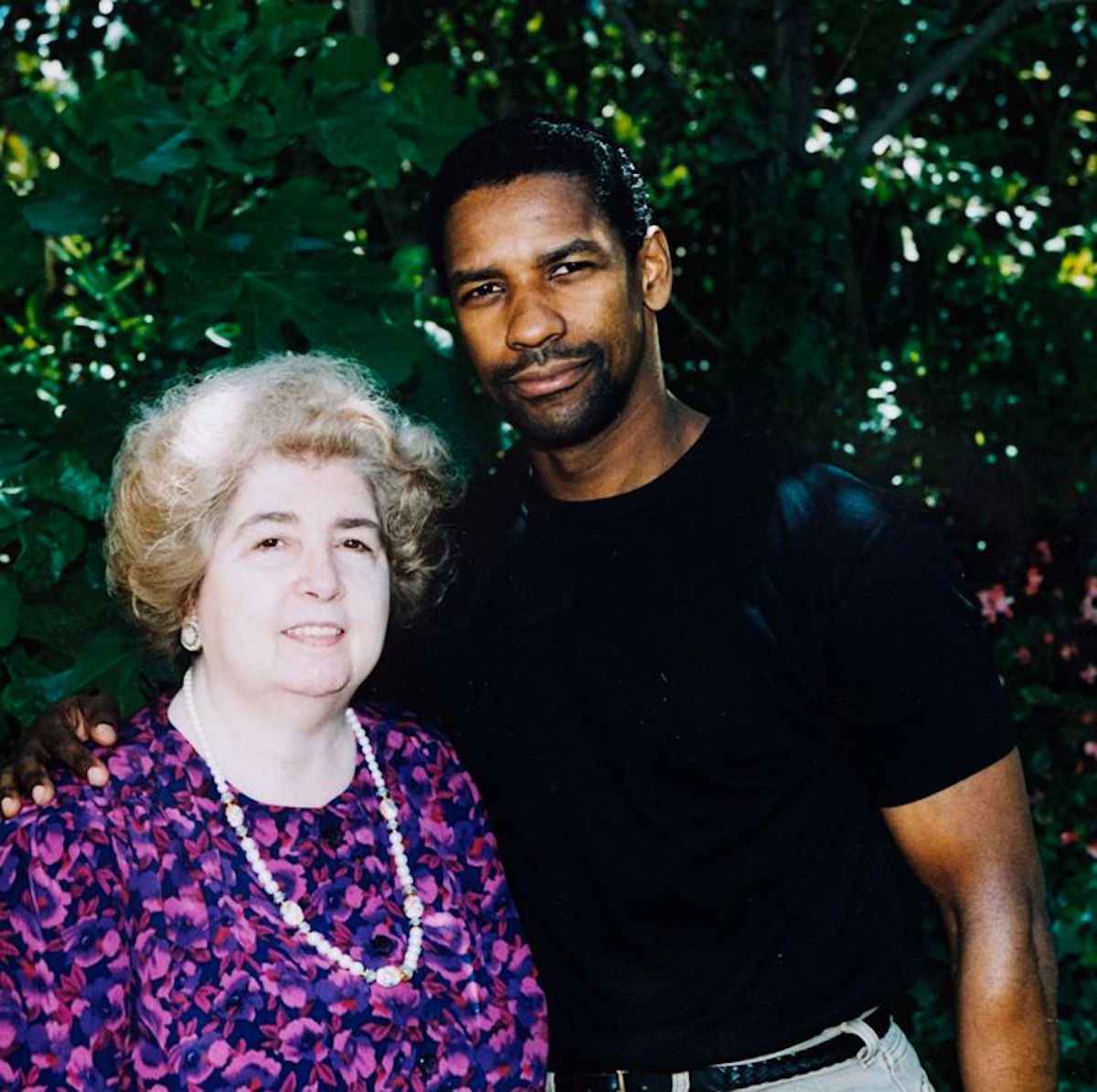 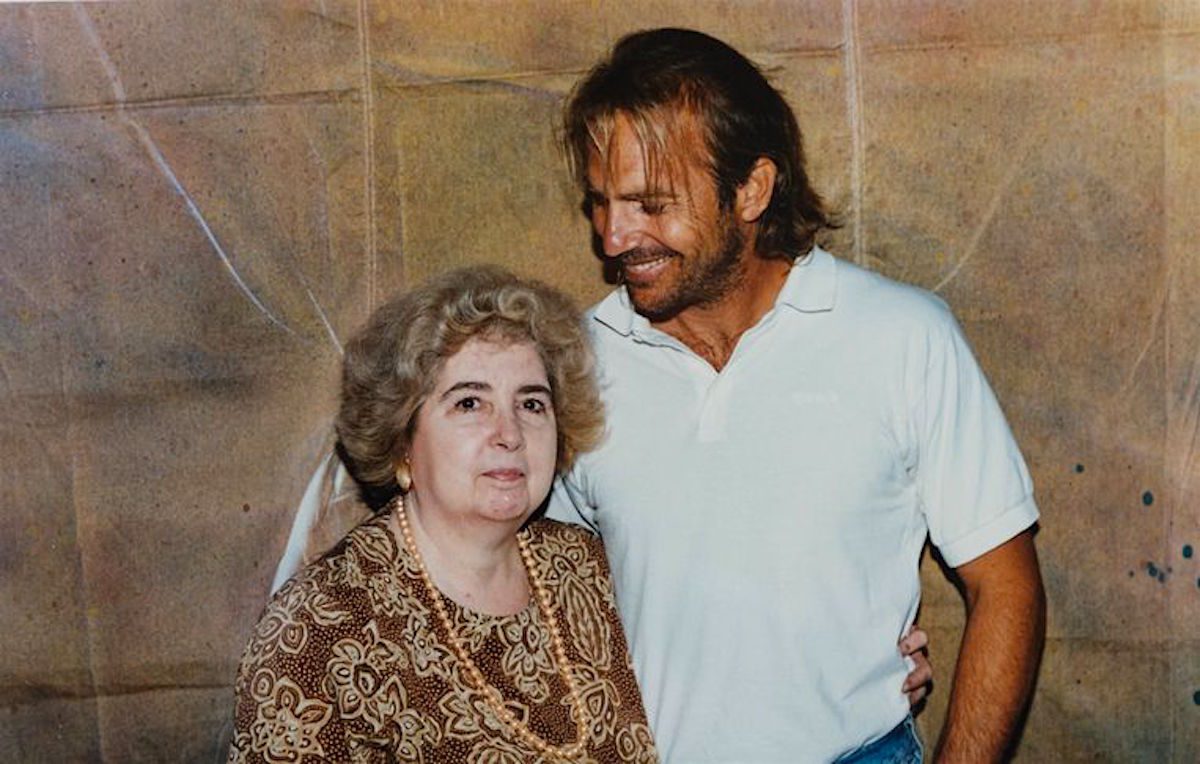 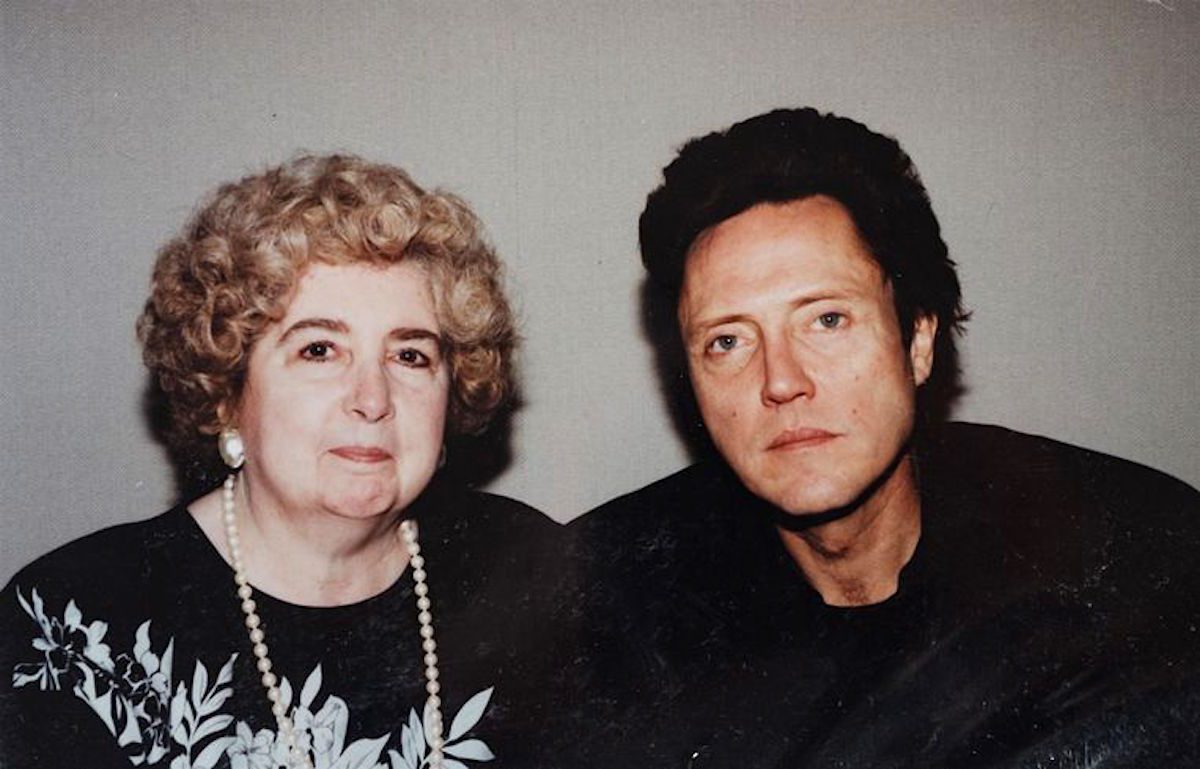 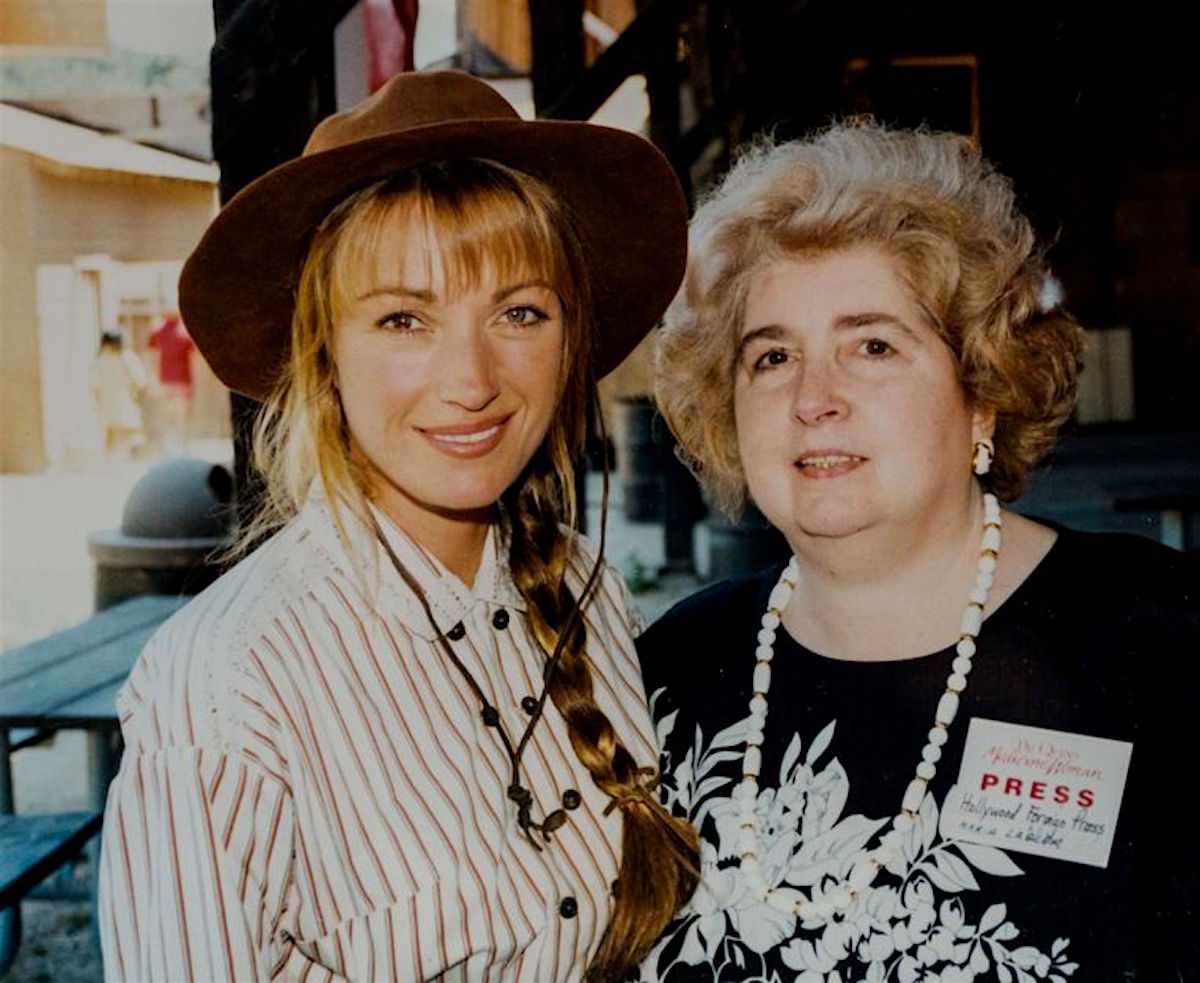 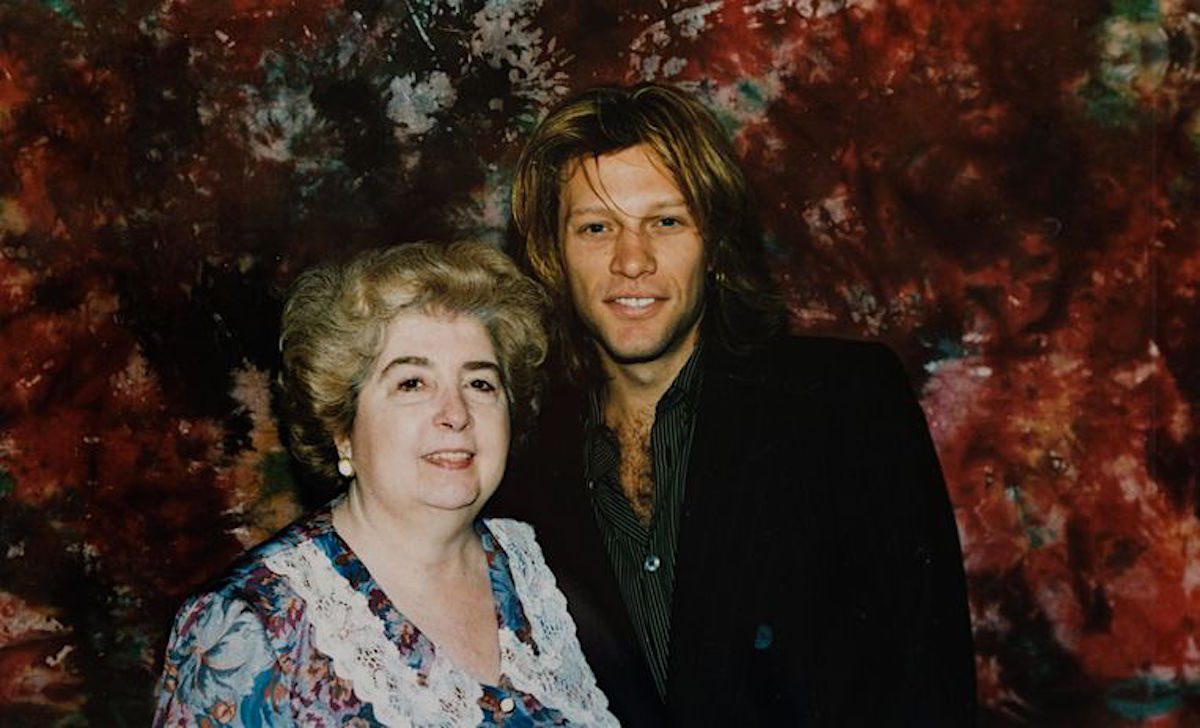 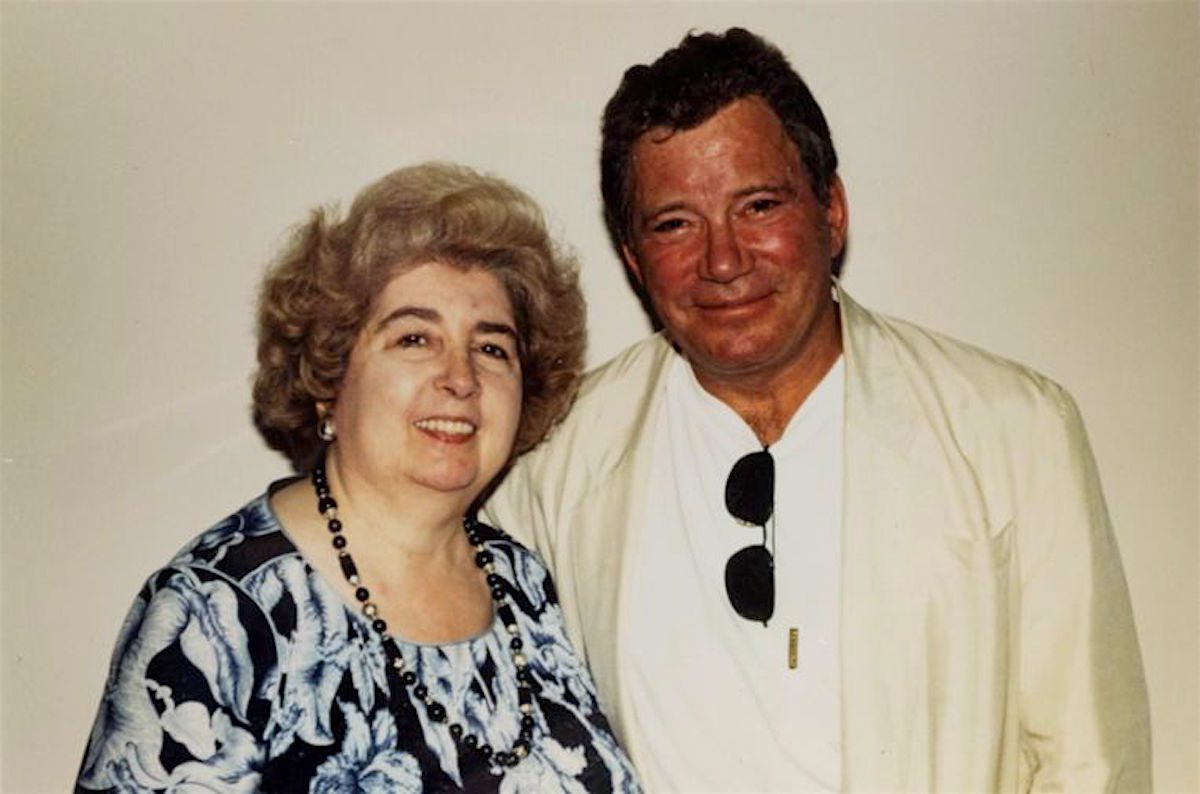 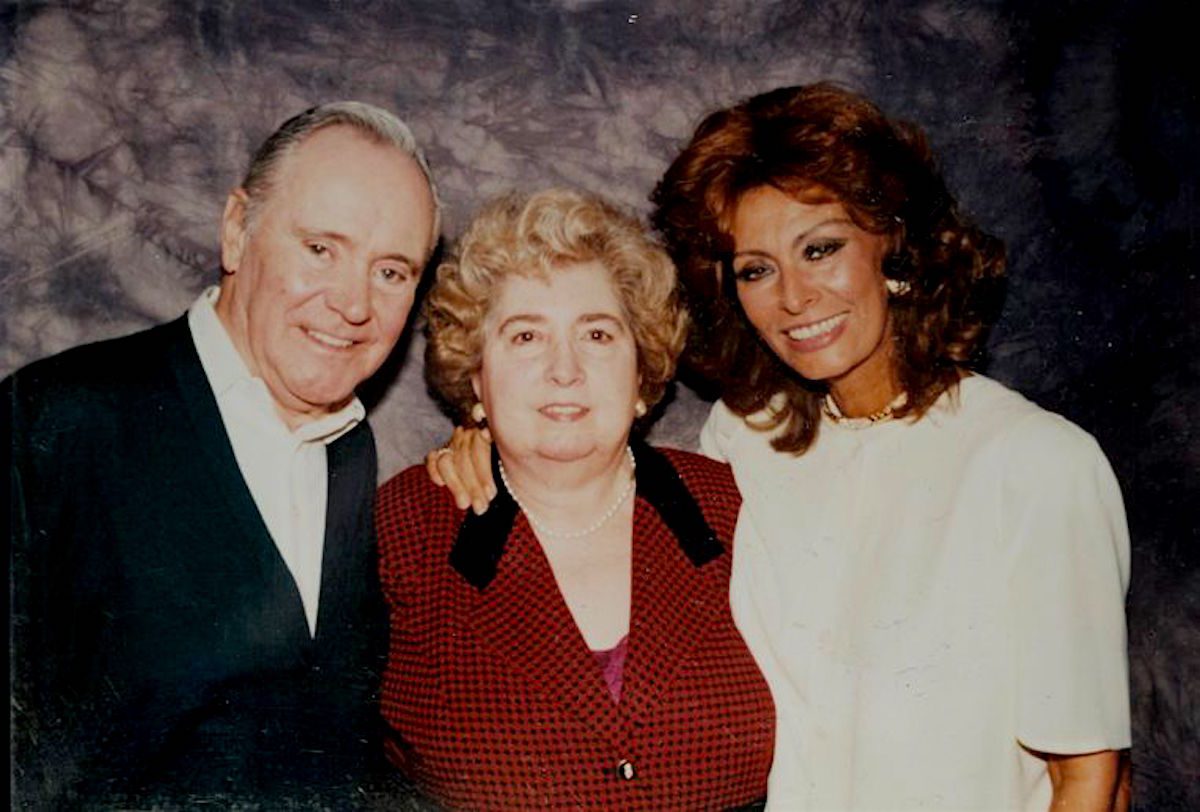