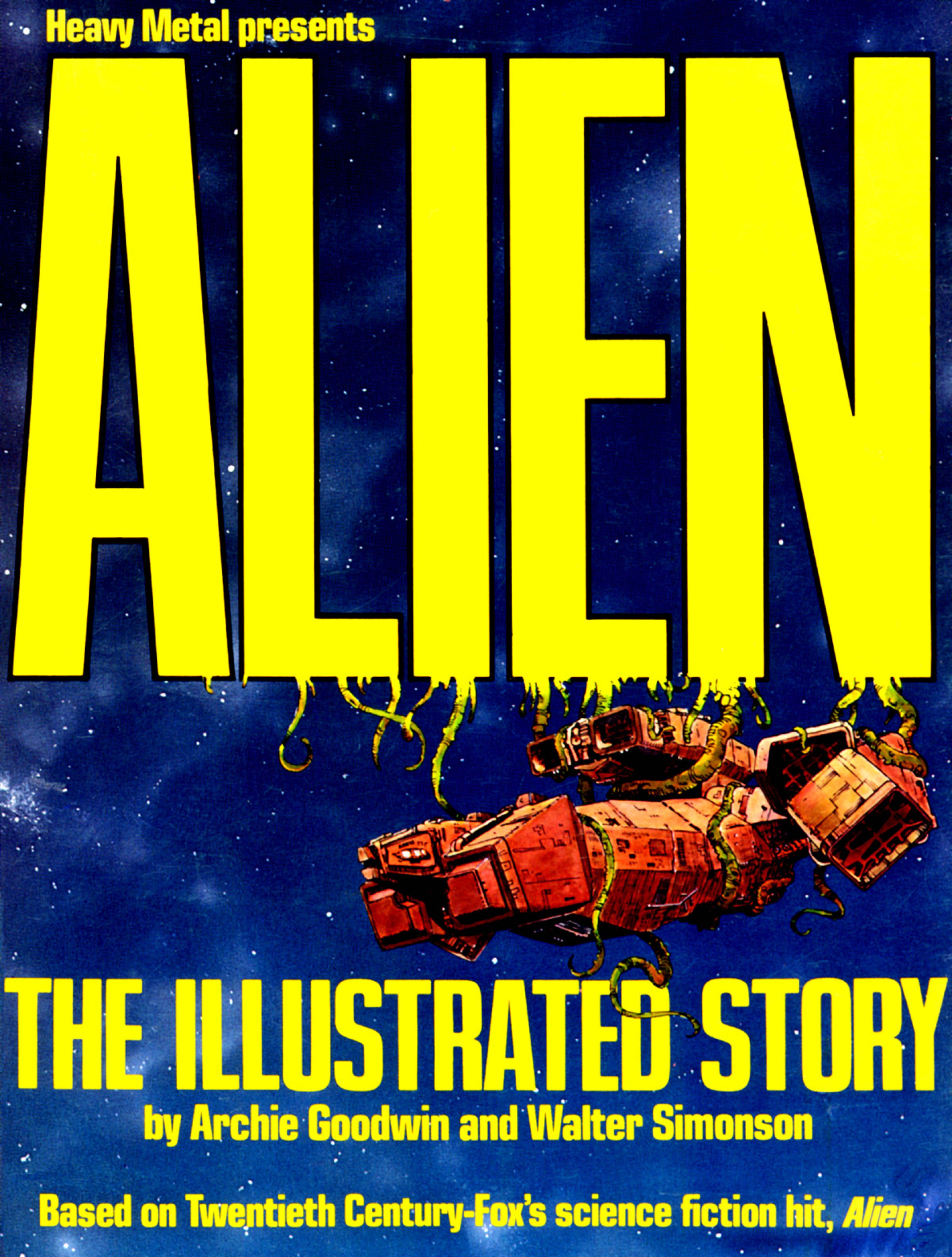 Thirty years ago — in 1986 — I was on a family vacation to Boston, and I discovered the goriest, most horrific comic book — er, graphic novel — I had ever seen.

I had come upon Heavy Metal’s Alien: The Illustrated Story in a clearance bin at a small book store. It was located in that bin with a stack of about a hundred other copies, each selling for just a dollar. I picked one up, but honestly, was terrified to read it. I had to work up to it.

Heavy Metal’s Alien: The Illustrated Story by Archie Goodwin and Walter Simonson was distributed by Simon and Schuster, and it’s a graphic — really graphic — adaptation of the 1979 Ridley Scott horror film right down to the chest-bursting, face-hugging action.

As you can see from the representative illustrations accompanying this post, character likenesses are good; and even the “tech” of the Nostromo, Narcissus and the Derelict exhibit commendable fidelity to the movie’s production design. 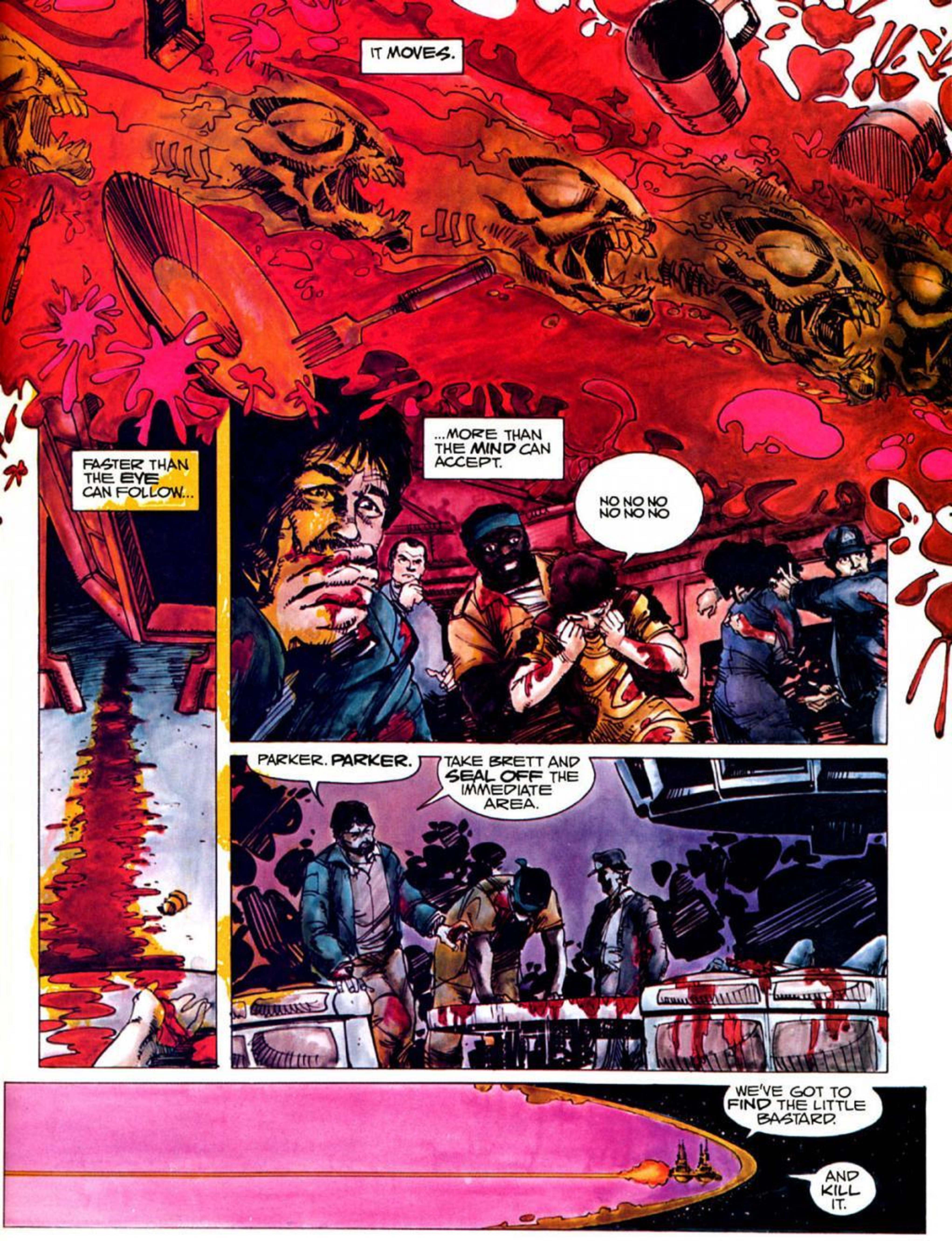 The comic-book adaptation opens with a quote from Joseph Conrad’s Heart of Darkness, “We live as we dream – alone,” and then launches into the story of the Nostromo’s encounter with a malevolent (and perfect?) life-form. The comic follows the details of the theatrical release closely. For instance, it doesn’t feature the famous deleted scene with Dallas’s transformation into egg.

There is, however, some alternate dialogue in the Narcissus coda, including Ripley’s conversation with Jones: “Funny Jones, you what I think I’ll miss the most? The smell of Kane’s coffee when I first wake up…”

Alien: The Illustrated Story originally sold for $3.95, and it’s a pretty sturdy book. But boy, it’s also a bloodbath.  The sixteen year-old boy who encounter it was rocked back by the powerful visuals and the explosive body-horror.

I still haul my copy out every now and then to admire this (blood-soaked) masterpiece. 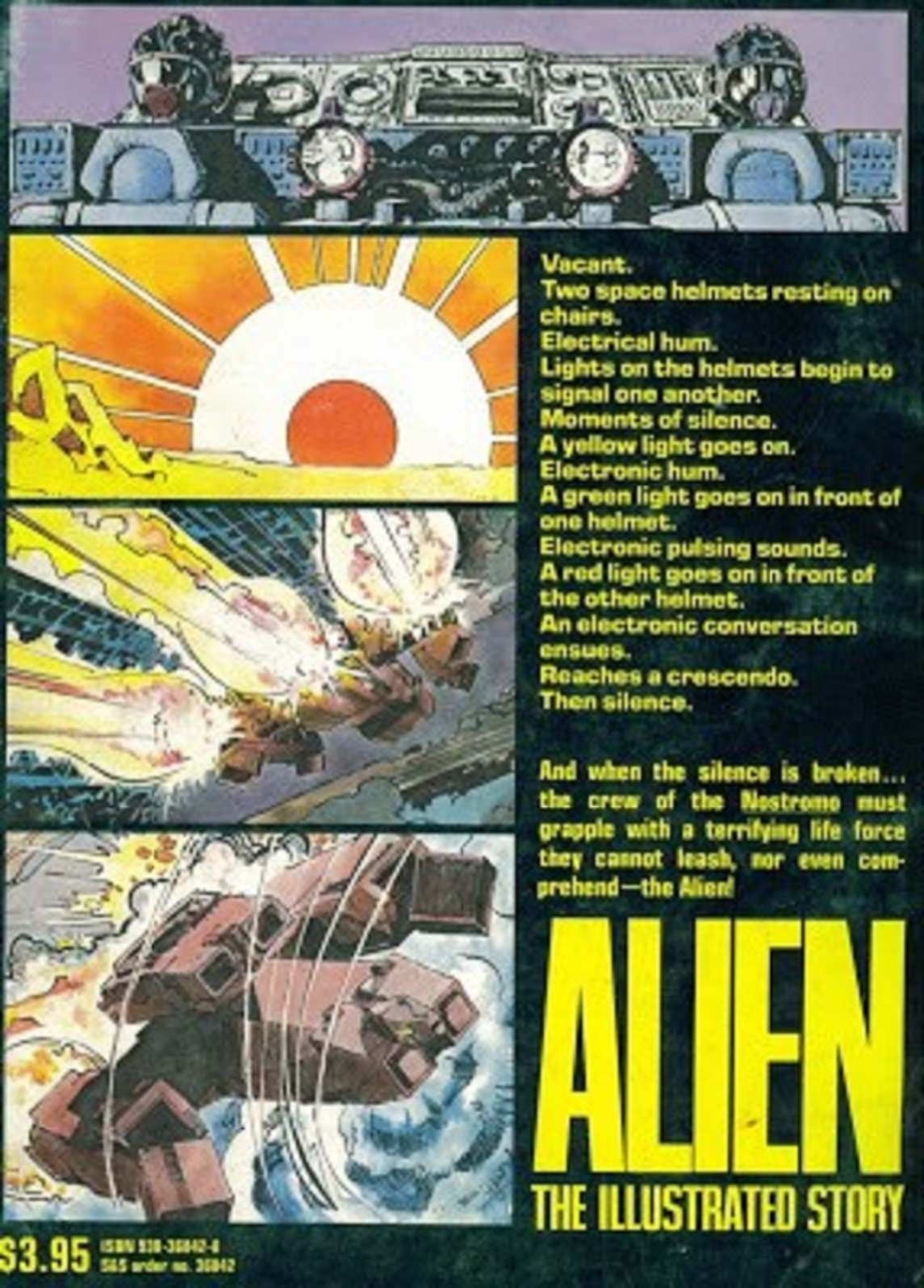