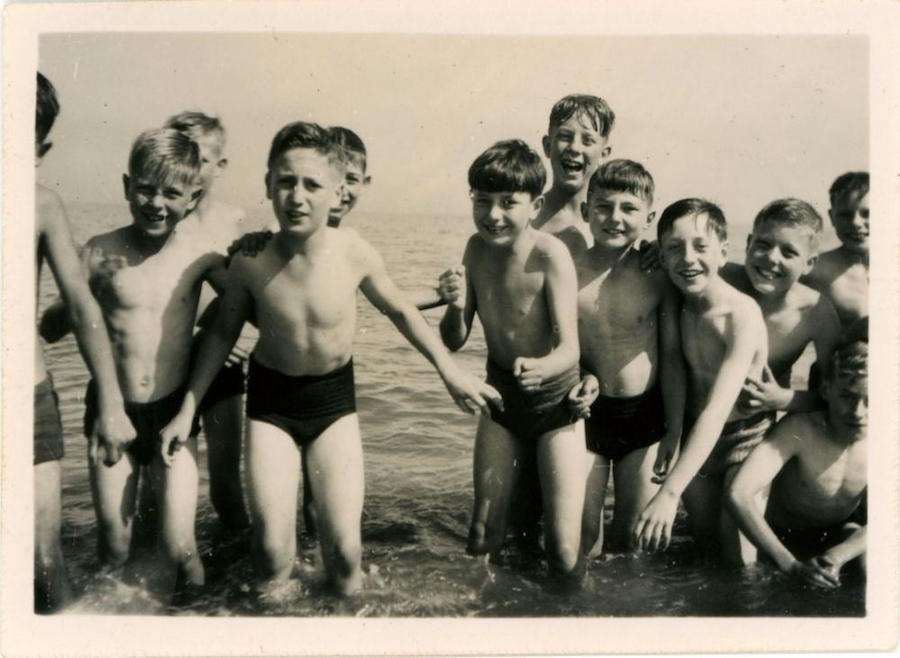 Not everyone’s holiday snaps are boring. Some have an historical or cultural importance that only becomes apparent years after the shutter clicked and the picture was taken. John Lennon was just one of a class of excited kids from Dovedale Junior School in Liverpool when these photographs were taken by teacher Fred Bolt on a trip to the Isle of Man in the summer of 1951.

Lennon isn’t the only “name” in these pictures. The Beatle was in the same class as comedian Jimmy Tarbuck and BBC newsreader Peter Sissons. The trio can be seen in the picture above: Lennon left of frame arms extended, Sissons to left of picture (over Lennon’s shoulder) while Tarbuck strikes a fighter’s pose fists at the ready to right. 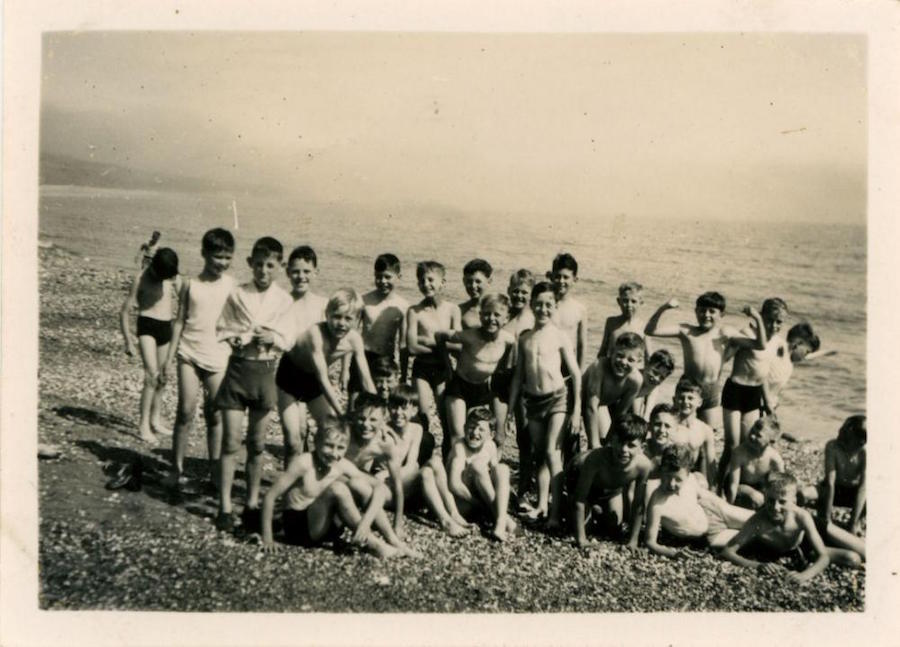 Lennon on beach right of picture, second row behind two boys lying on the shingle. 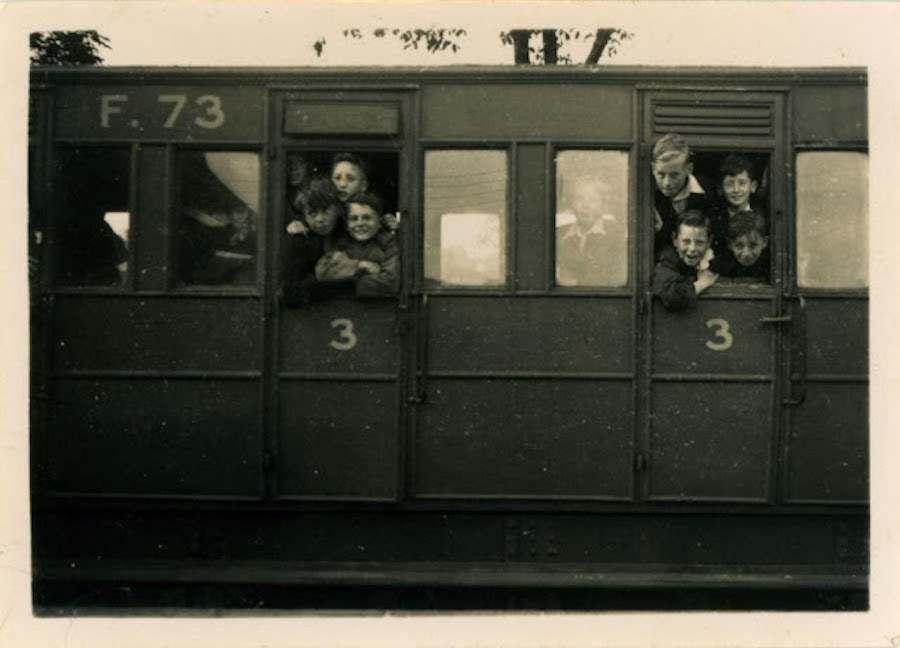 Lennon on the train, looking out the carriage window on left, arms around two boys in front. 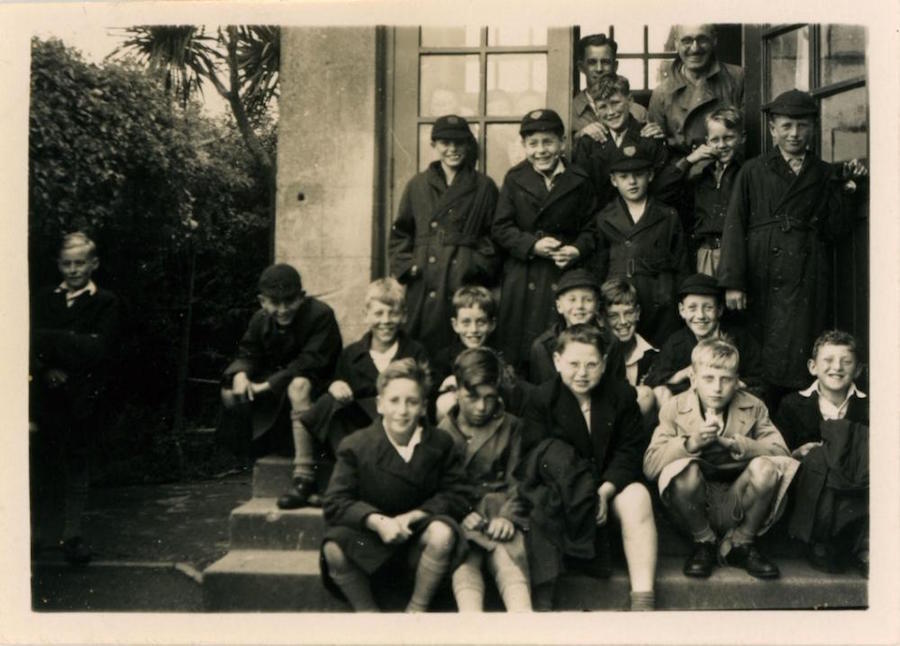