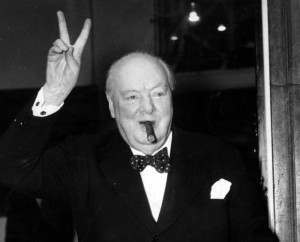 Politics And Alcohol Part One:

“At home or on travel, at work or on holiday, Churchill drinks a glass of dry sherry at mid-morning and a small bottle of claret or Burgundy at lunch. To Mr. Churchill a meal without wine is not a meal at all. When he is in England he sometimes takes port after lunch, and always after dinner. It is

at this time that his conversation is most brilliant. In the late afternoon he calls for his first whisky and soda of the day…. He likes a bottle of champagne at dinner. After the ritual port, he sips the very finest Napoleon brandy. He may have a highball in the course of the evening.”

Churchill drank heavily throughout his not unsuccessful career. It is said that Conservative bigwig Rab Butler used to pour his own drinks into his shoe to keep up. 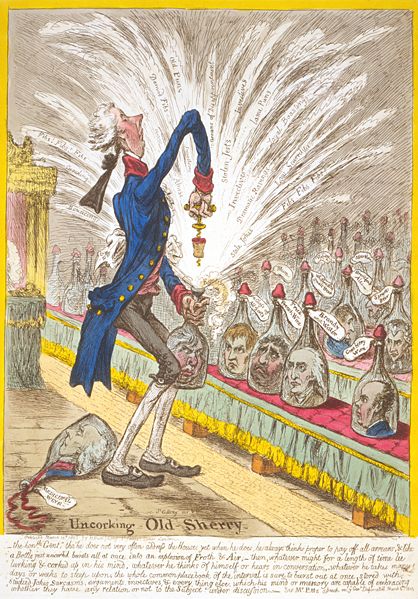 One wonders what Heath Minister Phil Hope would make of this, in light of the new Know Your Limits campaign. This has an exciting new approach to battling against booze: drinking, you see, can make you fat. (Just look at Churchill, pictured here ordering two large brandies.)

“Regularly drinking more than our recommended daily limits can have a knock-on effect on our health, including an expanding waistline,” explains the appropriately named Hope. “It’s not only the calories in the drinks themselves that can help to pile on the pounds, we’re also more likely to eat fatty foods when we’ve had one too many.”

One can’t imagine Phil Hope boasting, as wunderkind-turned-éminence gris William Hague did, of drinking 14 pints of beer a day at the age of 15. Doubts were expressed about the Tory stalwart’s claim, not altogether surprisingly.

Hague might indeed have been exaggerating. He might even have been lying. But at least he was aspiring to this feat, rather than trying to cover it up or apologise. As a point of interest, Hague is the biographer of Pitt the Younger, Britain’s youngest-ever Prime Minister. Pitt drank two or three bottles of port a day, and is pictured here opening a bottle of sherry, and tucking into a hearty meal with Napoleon.

Drinking while in control of a war has never been an offence in this country. Asquith (WW1) was known as “Squiffy”. Margaret Thatcher (Falklands) drank scotch. Blair (Iraq) drank wine at home (and in church).

The Labour Party has in its time boasted prodigious boozers such as Harold Wilson and the late great George Brown (of whom, more to come). Today, by and large, it’s orange juice and mineral water for New Labour – generals and foot soldiers alike.

Their medicine has had ten years to do its work, and the fat of the land is certainly disappearing fast. But are we in better shape as a result?

The Hecklers Made The 1966 General Election Unmissable 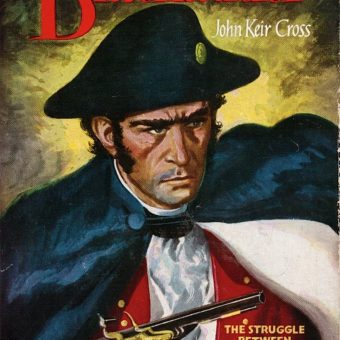 Before Rowan Atkinson: The Original Blackadder 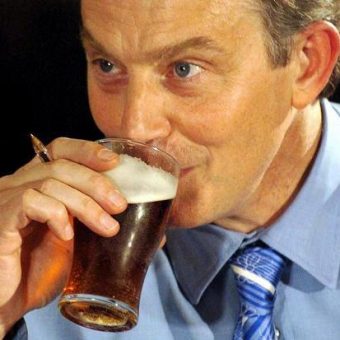 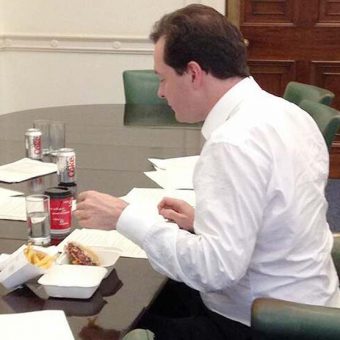 Men of the People: when pasty-faced politicians who pretended to be just like the rest of us fail