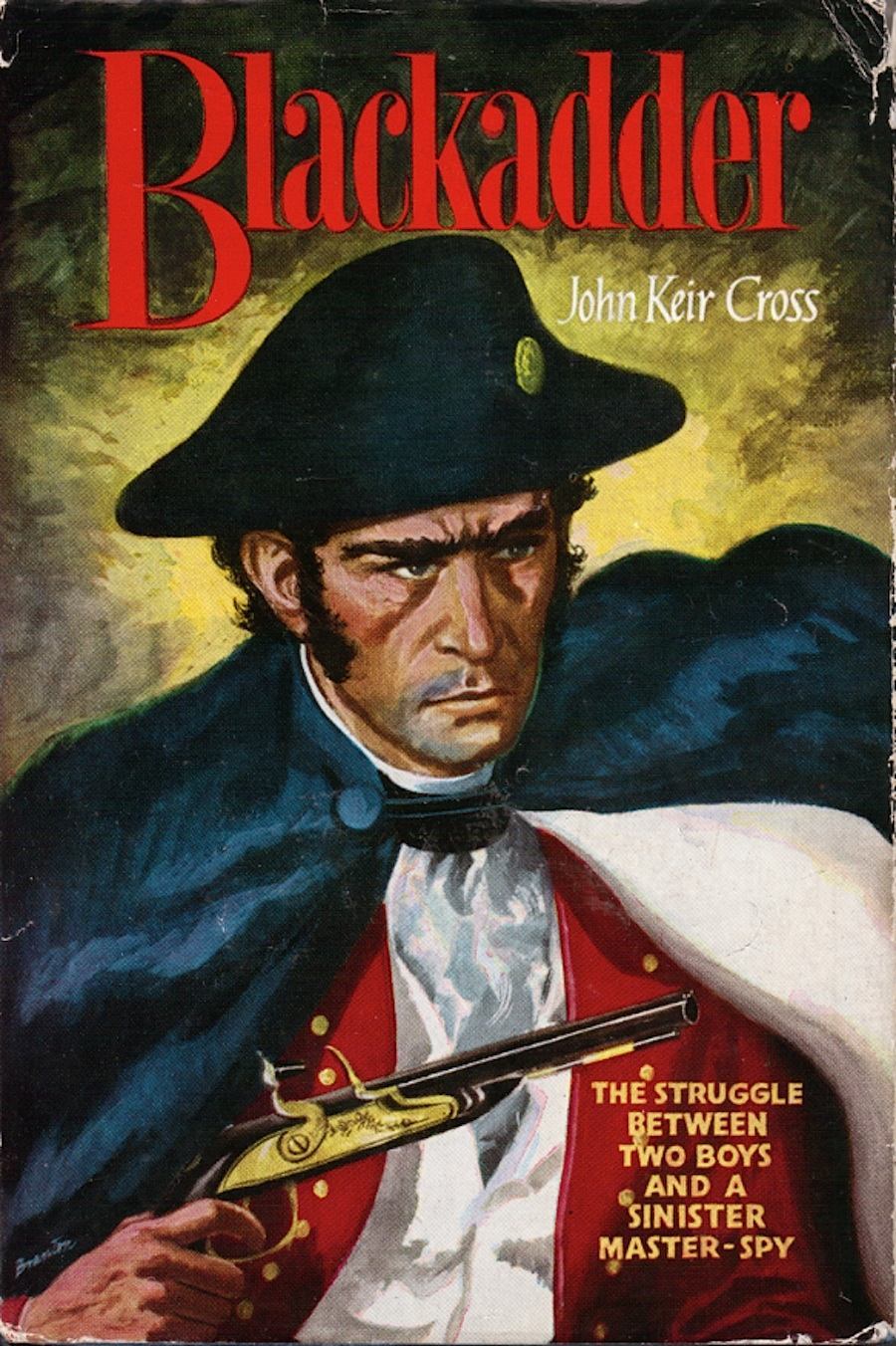 Long before Rowan Atkinson graced our screens as the conniving Prince Edmund Plantagenet, better known as “The Black Adder”, there was another similarly named fictional character, whose treacherous deeds far surpassed those of Atkinson’s comic creation.

Simon Blackadder was a smuggler and spy who sought to bring England under the heel of the French during the Napoleonic wars. This Blackadder was originally devised as a book by John Keir Cross, and then produced as a BBC radio series in the fifties. First published in August 1951, Blackadder was hailed as a “whing-ding of an historical adventure yarn” which became a best-selling children’s novel on both sides of the Atlantic, and later republished as part of William Collins and Sons Seagull Library in 1961.

In his introduction to the 1961 edition, John Keir Cross explained the derivation of Blackadder:

I had written a serial play for the B.B.C. about life on Mars; and what we had tried to do in presenting it was to stick as closely as we could to the probable scientific truth. There were no ray-guns, no supermen, no fantastic escapades in some vague future: it was all as if the journey through space had actually happened and the people taking part in it had come to the radio station to relate their experiences at first hand.

The method seemed to be very popular; and Lionel Gamlin, the producer of the serial, suggested that we might apply the same technique to an historical tale. At that time both he and I had been reading much about life in Britain in the days of Nelson; so we naturally chose that period for the new experiment–and decided too that we would introduce the great Admiral himself as one of the characters.

Thus BLACKADDER gradually took shape, written first as a book and then remoulded as a serial play. To follow out Lionel Gamlin’s original scheme, I felt that it would be a help to cast parts of the book in the form of authentic-seeming manuscripts, written mainly by the two heroes of the adventure, Tom Cathro and Harry de Rohan, looking back in later life on the days when, as boys, they had come face to face with the arch-villain who almost destroyed them…Blackadder…

In short, as so often happens in writing, the tale of BLACKADDER is an amalgam of fact and fiction–indeed to such an extent that I hardly know myself, looking back, where one began and the other ended.

The story tells of two boys, Cathro and de Rohan uncovering a cunning plan for the French to invade England with the help of Simon Blackadder–a devious spy who pretends to be a smuggler to cover his nefarious activities. 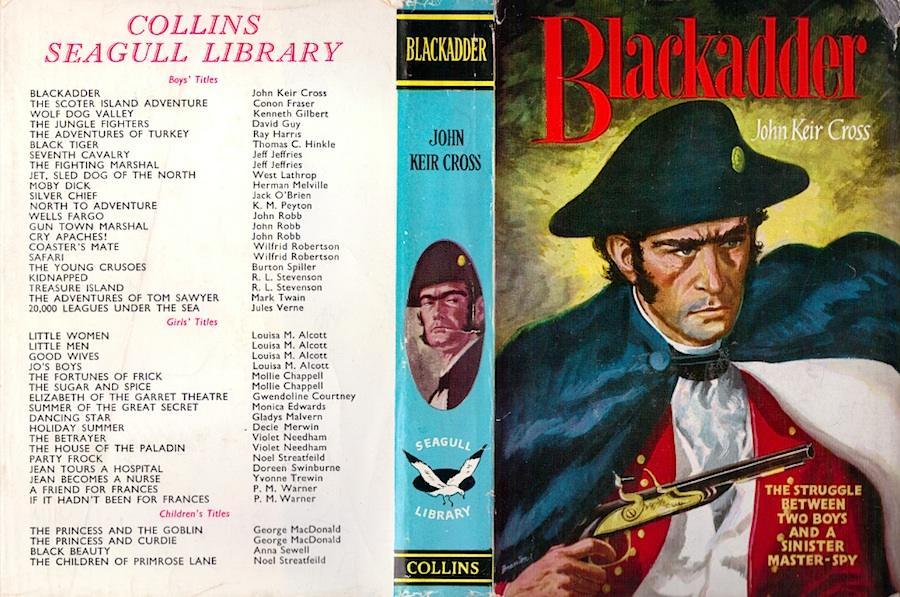 The dreaded Blackadder “terrorised [the] countryside by night”:

By dint of threats, of acts of murder–even..on one or two occasions of the most brutal torture…

Blackadder was of “mixed stock”:

…his father an Anglo-Scot, his mother a Frenchwoman. He was brought up in his early times in London, but from the age of fifteen onwards, when his father died, he was conveyed to live in France.

He was thirty-five when the story unfolds, and had been an active participant in the great French Revolution, when he had been an associate of Marat and Robespierre–and had been “a fanatical informer and assassin of the aristocrats”. Blackadder is described as being consumed by “a fearful and continuous hatred” of England, and he threw himself into the war between English and the French, campaigning with Napoleon in Italy. But as he soon discovered, Blackadder made a better spy than soldier.

But as the story develops, it becomes apparent that Blackadder has his own private ambitions and he kidnaps Cathro and de Rohan in a bid to locate some hidden treasure. It’s a rollicking read, and one would think that Rowan Atkinson (born 1955) and Richard Curtis (born 1956) who co-devised the comedy series Blackadder must have heard or at least come across a copy of John Keir Cross’s adventure story at some point during their childhoods.

However, in The True Story of Blackadder by J. F. Roberts this possible connection is described as purely coincidental; while there has been the suggestion that Edmund–the first in the series of Blackadders–was loosely inspired by Edmond from Shakespeare’s King Lear–the illegitimate son who conspires to kill his brother and his father so he can become Earl of Gloucester.

Like the TV series, John Keir Cross’s fictional characters rub shoulders with real historical figures–most famously Lord Hortaio Nelson at the novel’s denouement. Sadly, this classic tale of swash-buckling derring-do is out-of-print, and does really deserve to be rediscovered by a new generation of readers and possibly movie producers. 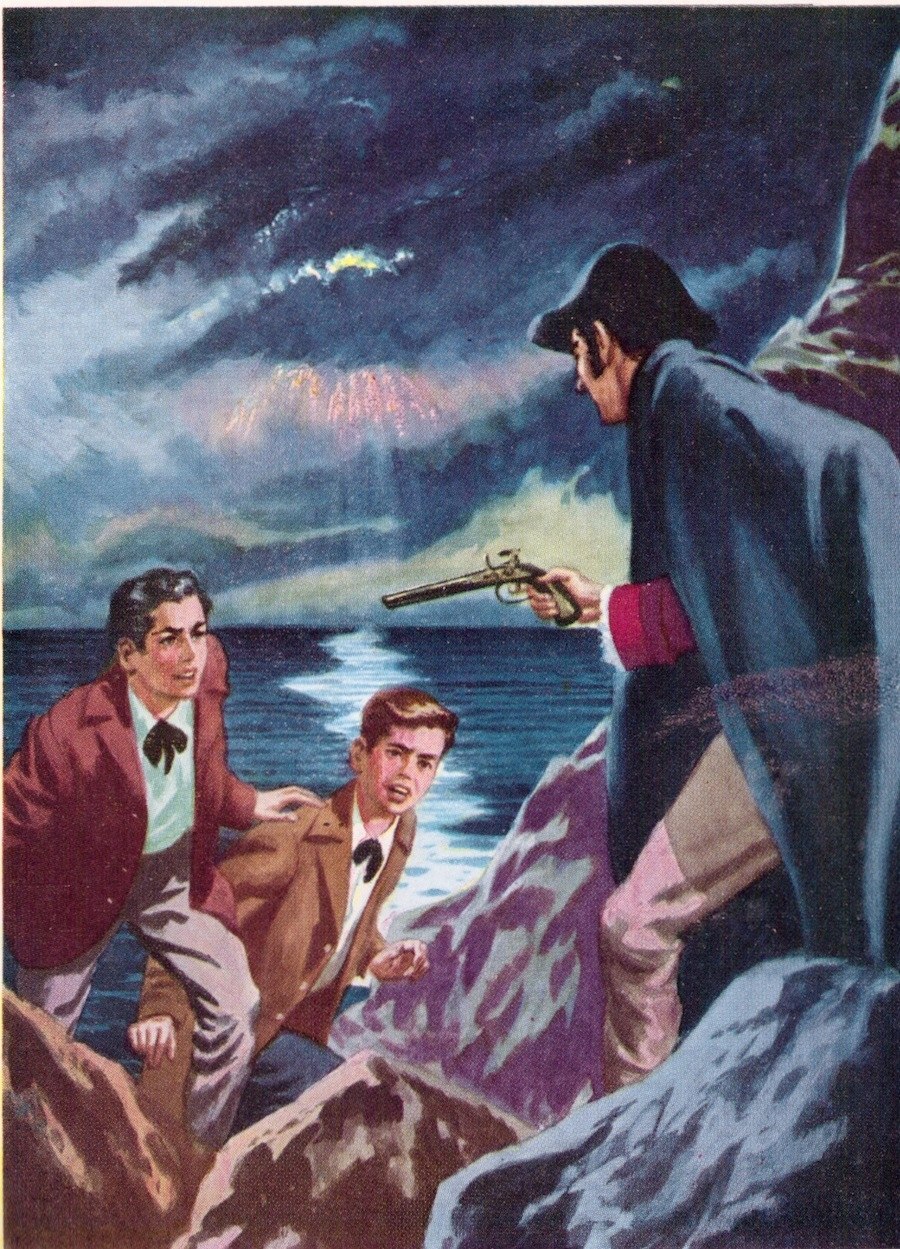