POLICE And British Football Hooligans – 1980 to 1990. The previous decade’s aggro can be seen here. 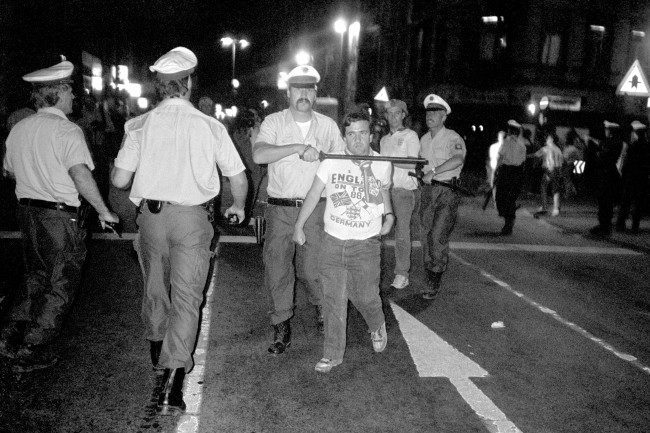 Soccer – European Championships 1988 – West Germany
An England fan is led away by a policeman holding a baton to this throat
Date: 18/06/1988 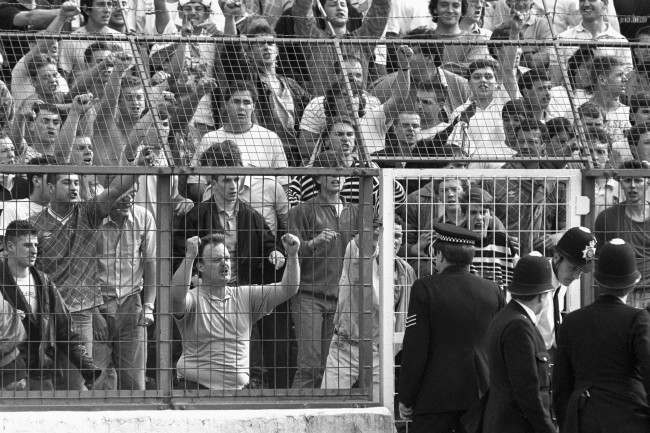 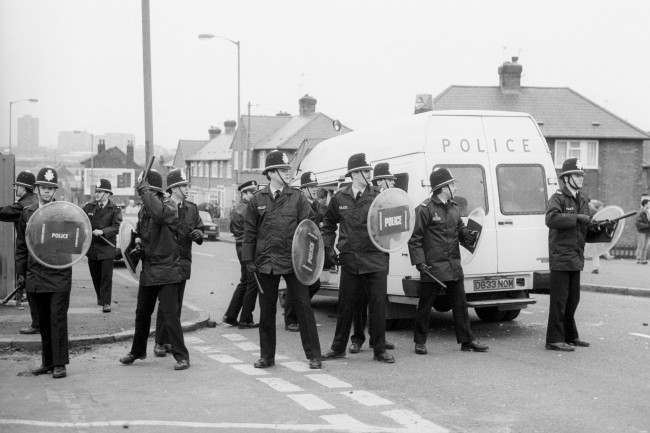 Soccer – FA Cup – 5th Round – Birmingham City v Nottingham Forest – St Andrews
Riot police at the ready to stamp out any trouble. Trouble flared between rivals fans on wasteland near the ground.
Date: 20/02/1988 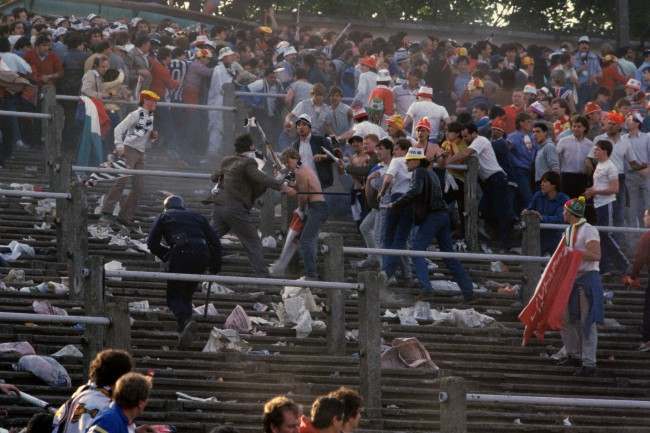 European Cup – Final – Liverpool v Juventus – Heysel Stadium
Chaos erupts on the terraces as a single policeman tries to prevent Liverpool and Juventus fans getting stuck into each other
Date: 29/05/1985 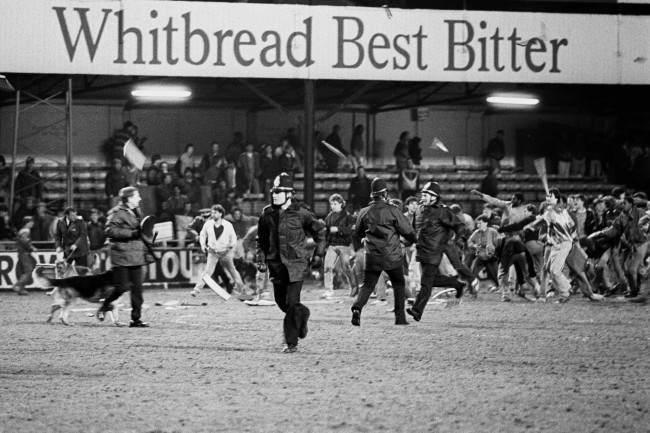 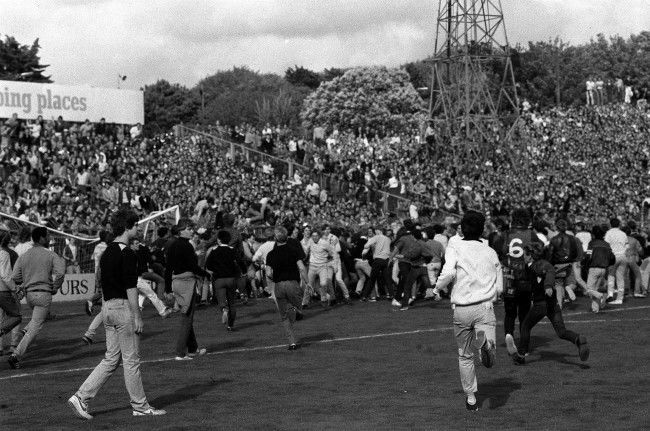 The 44th anniversary of the start of World War II was marked in Brighton by a day of vioence, when the home team met Chelsea. Fans rampaged the Goldstone Road ground, and smashed a goal crossbar when they invaded the pitch. * Eight policemen were hospitalised.
Date: 04/09/1984 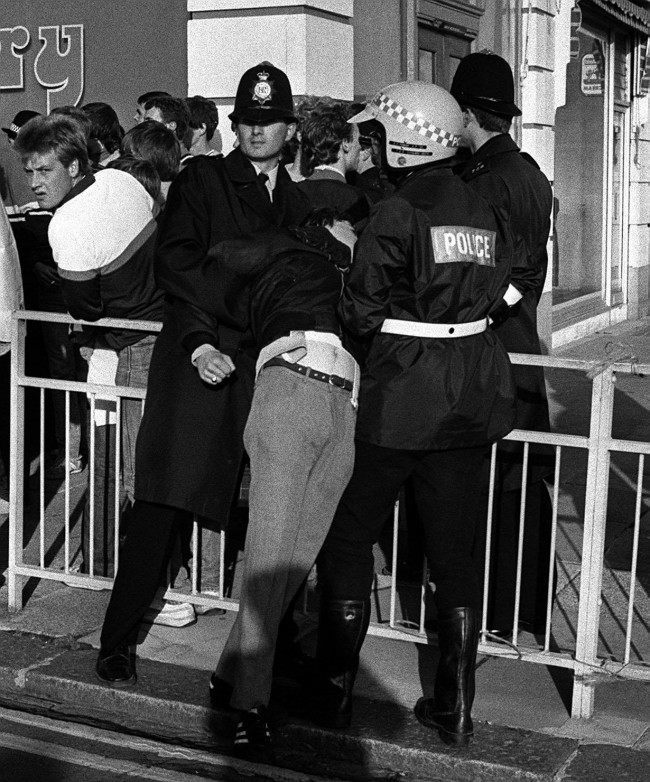 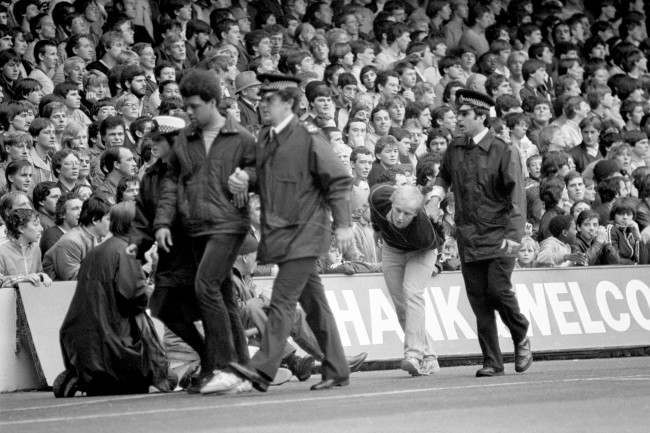 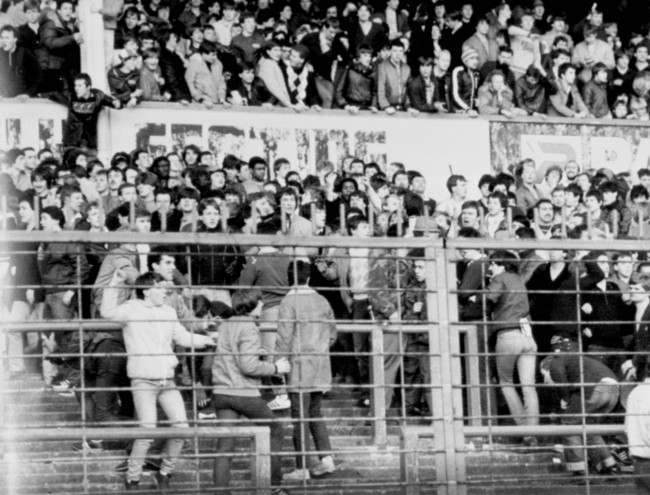 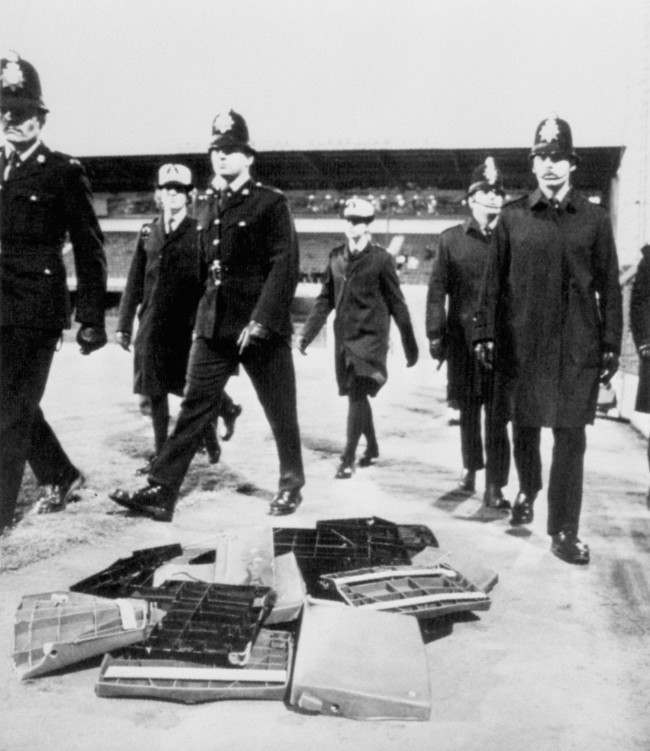 Soccer – FA Cup – Fourth Round – Derby County v Chelsea – Baseball Ground
Police officers skirt around a pile of seats thrown from the stands by irate Chelsea fans as they move towards the away end to quell the violence that erupted when Derby County scored their winning goal
Date: 29/01/1983 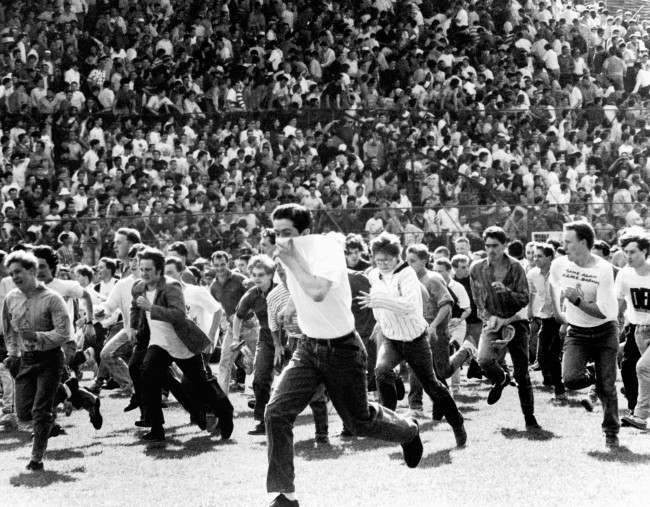 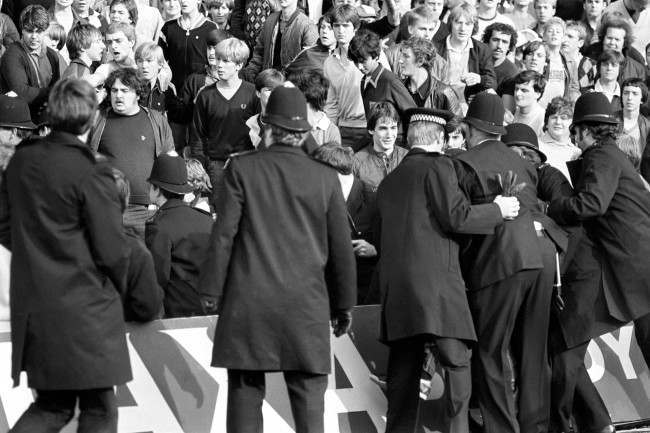 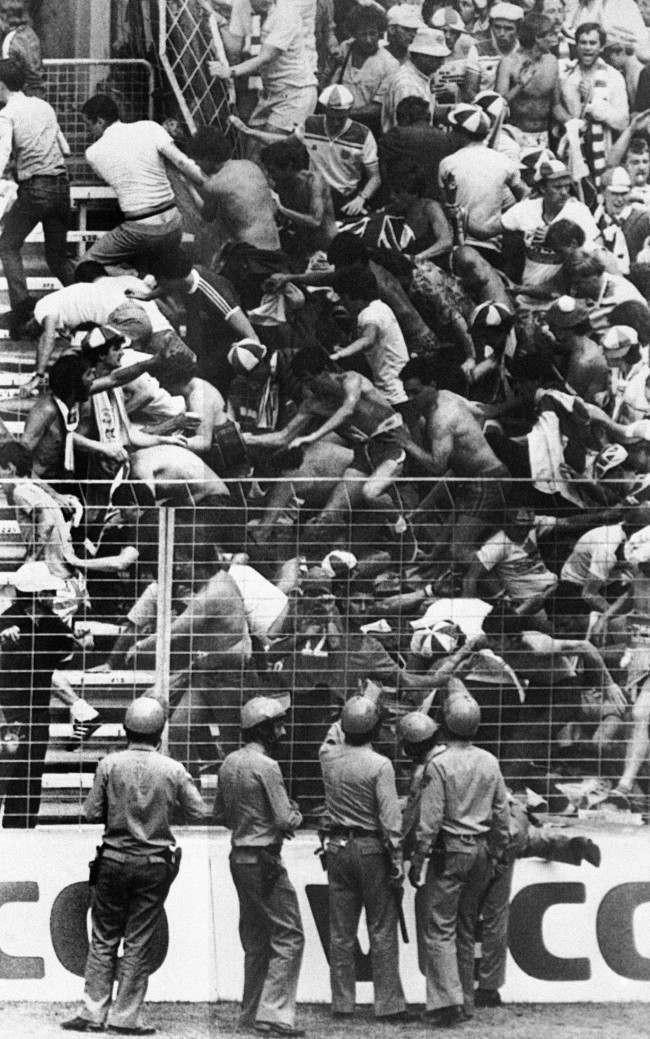 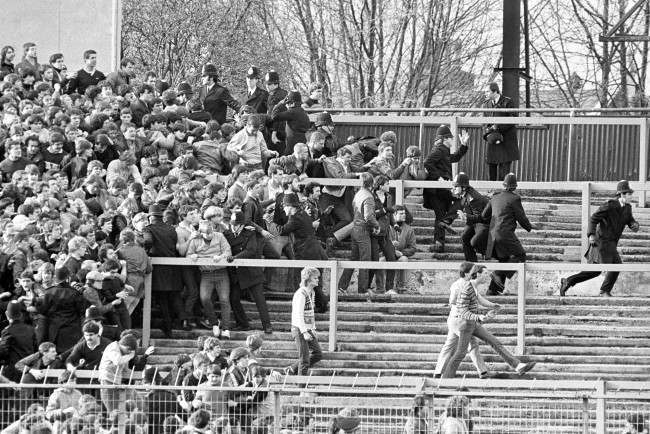 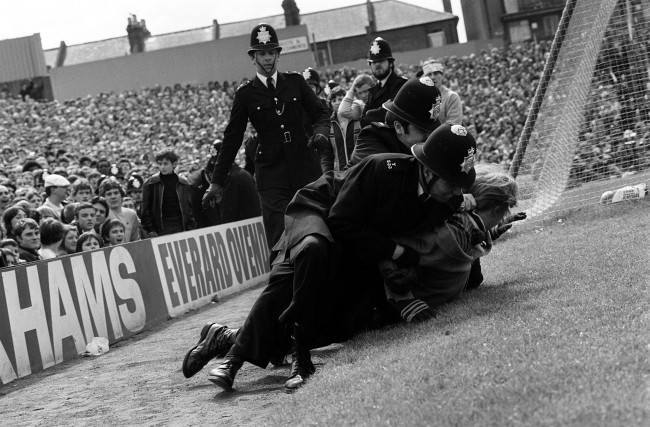 Hooligans Arsenal v Villa
Police wrestle a spectator to the ground after fighting broke out at Highbury during the match between Arsenal and Aston Villa.
Date: 02/05/1981 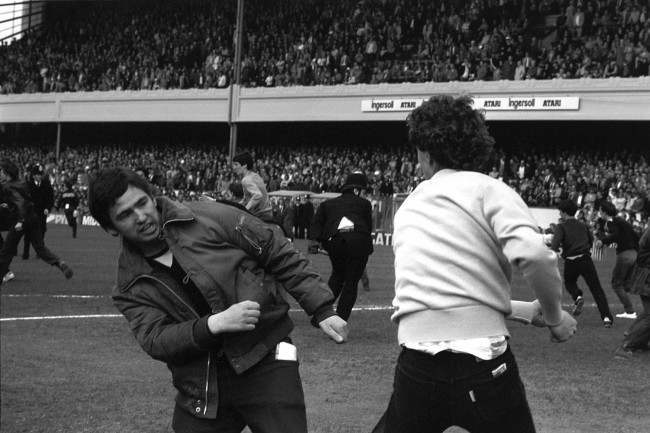 Hooligans Arsenal v Villa
Fighting on the pitch at Highbury during the match between Arsenal and Aston Villa.
Date: 02/05/1981 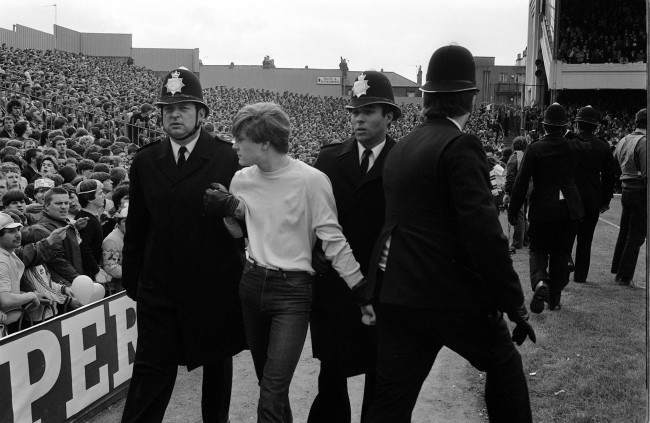 Soccer – Canon League Division One – Queens Park Rangers v Arsenal – Loftus Road
Fans are led away by police after fighting broke out in the crowd
Date: 01/10/1983 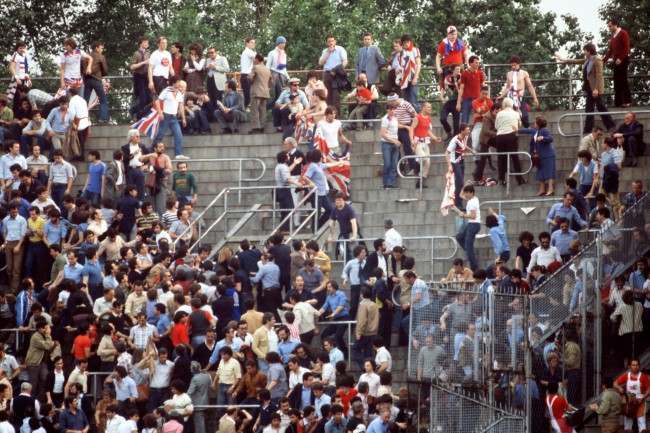 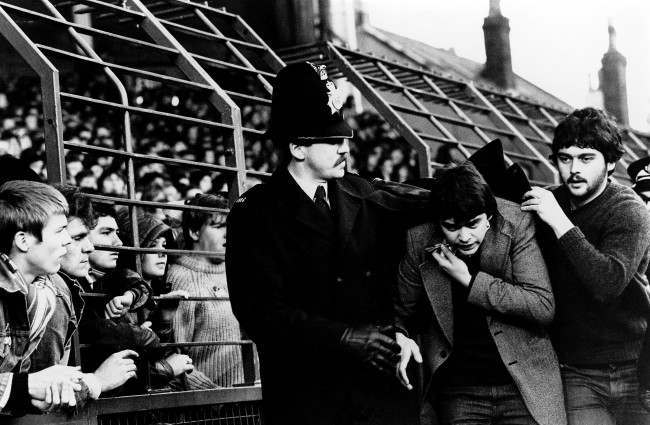 Soccer – Football League Division One – Liverpool v Tottenham Hotspur
A Tottenham fan is escorted past the Anfield Road end by police after having a dart thrown at him by hooligans
Date: 06/12/1980 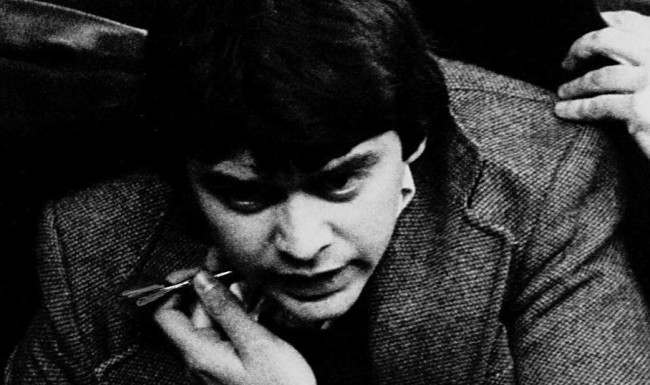 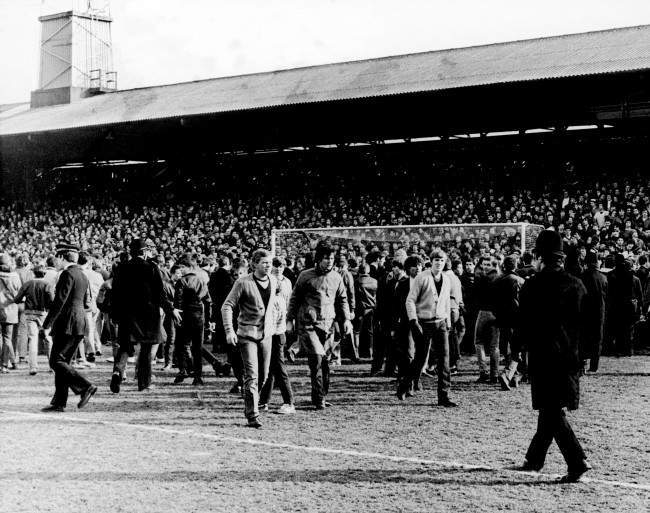 occer – Football League Division Two – West Ham United v Chelsea
The West Ham United goalmouth is covered by fans who spilt onto the pitch after fighting erupted on the terraces behind the goal
Date: 14/02/1981 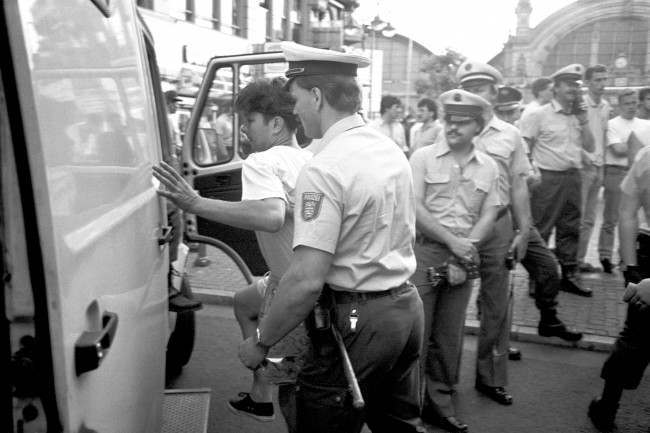 Soccer – European Championships 1988 – West Germany
An England fan is loaded into the back of a police van after an outbreak of violence in the streets of Frankfurt the day after England were knocked out of the tournament
Date: 19/06/1988 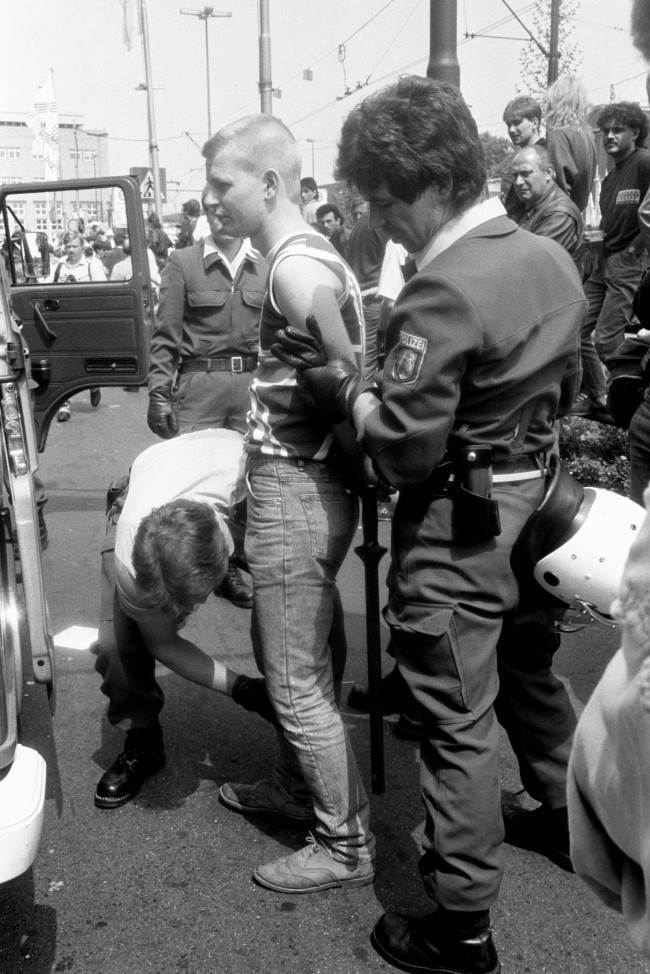 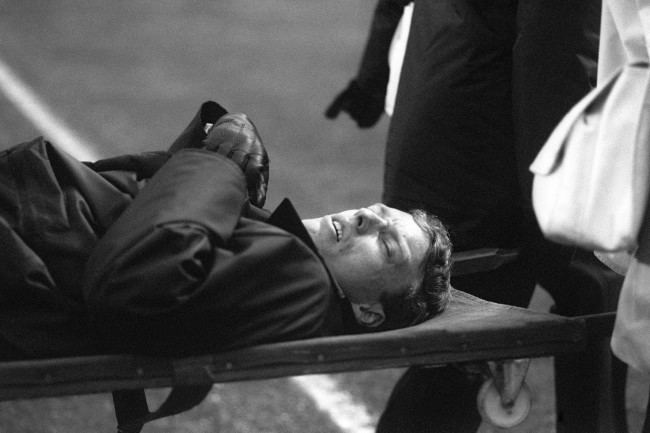 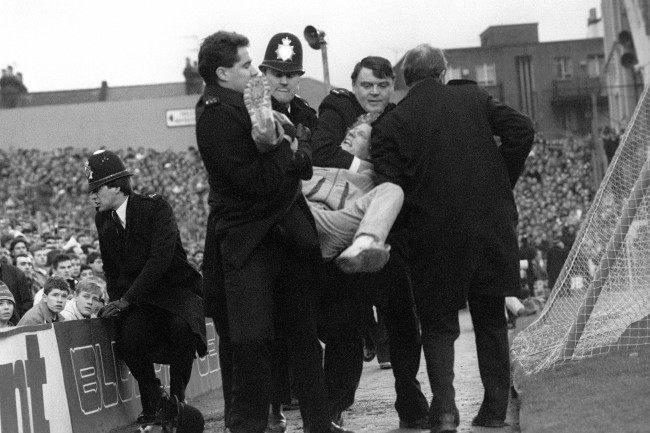 ccer – FA Cup – Third Round – Arsenal v Millwall – Highbury
Police handle a fan who has been pulled out of the crowd at the start of the match.
Date: 09/01/1988