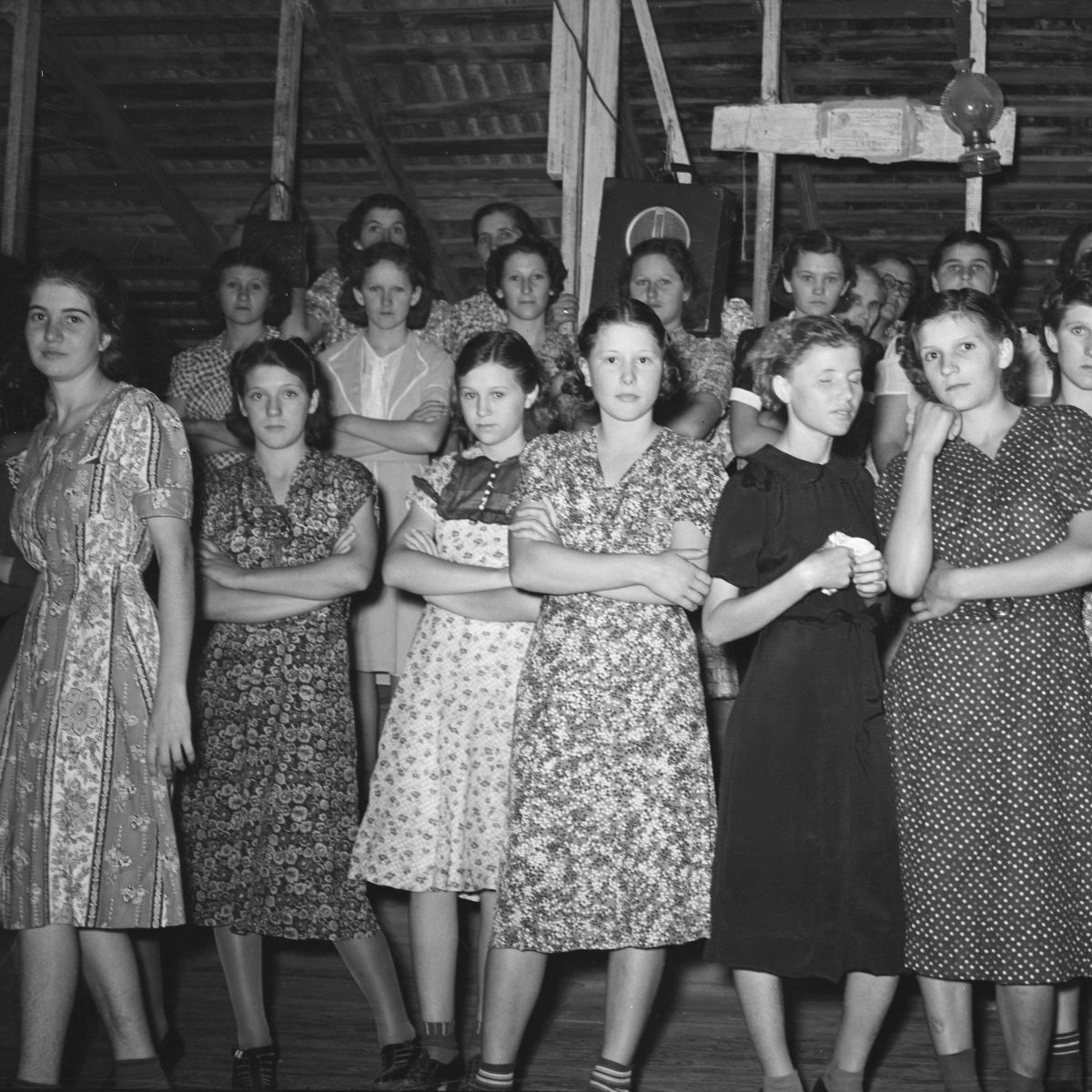 Cajun girls at the Fais do-do dance held as part of the National Rice Festival in Crowley, Louisiana in October 1938 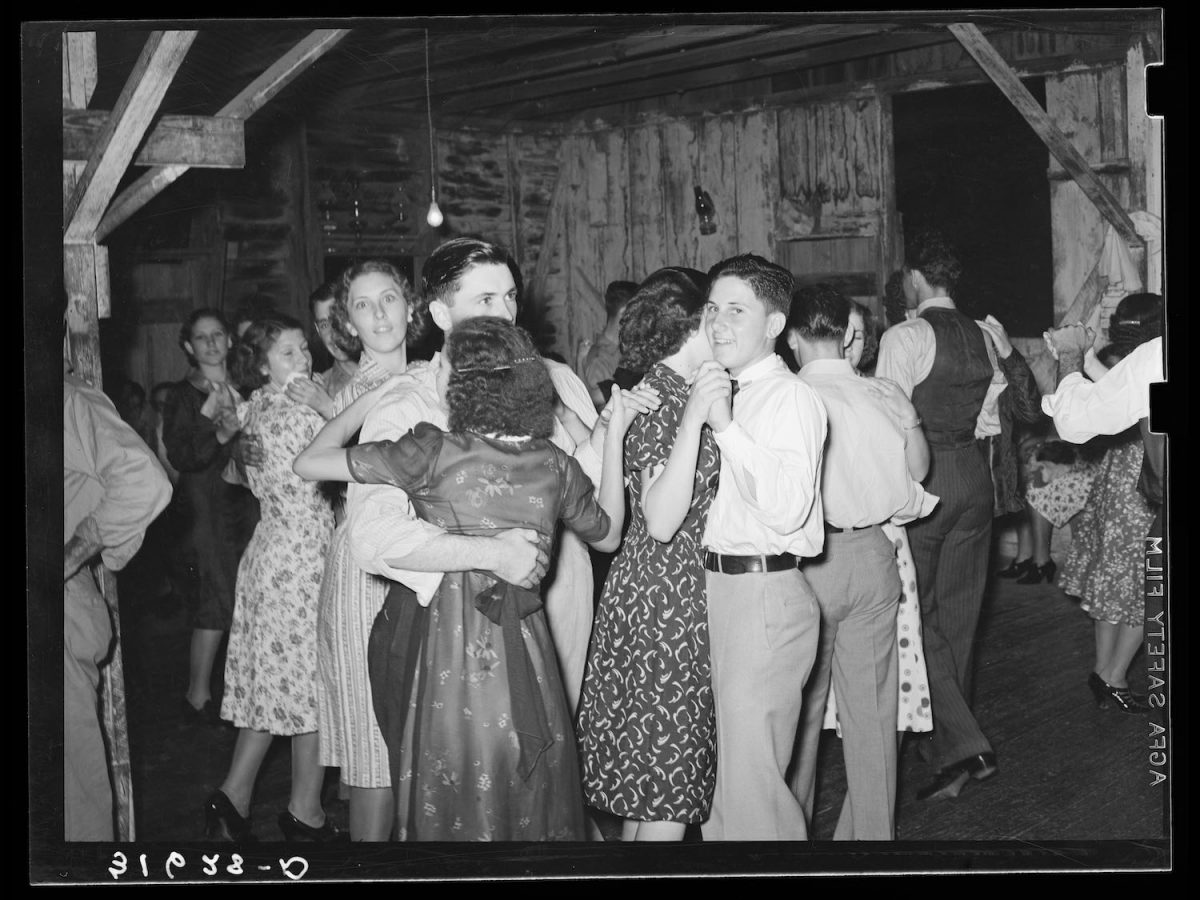 According to Jushua Clegg Caffery the term ‘Fais do-do’ (do is pronounced dough) refers to a public dance of some sort often held on a Sunday afternoon. The term is often said to have evolved from the practice of older relatives lulling babies to sleep in the ‘Parc aux petits’ – a room for young children in the back of Louisiana dance halls. Caffery offers an alternative however and one that is almost certainly correct. He writes:

There is another explanation, however, that has been overlooked. In various folk dancing traditions throughout America and Europe, the contra dance call/step dos-à-dos, from the French meaning “back to back,” gave rise to a diversity of vernacular terms. For instance, in Western square dancing, dos-à-dos transmuted into “dosado,” and remains a popular dance step and call to this day. In fact, www.dosado.com is the central online hub for contemporary Western square dancing. Similarly, in English, “dos à dos” became “do si do,” a familiar call retained in a number of Anglo-American folk songs and dance traditions. 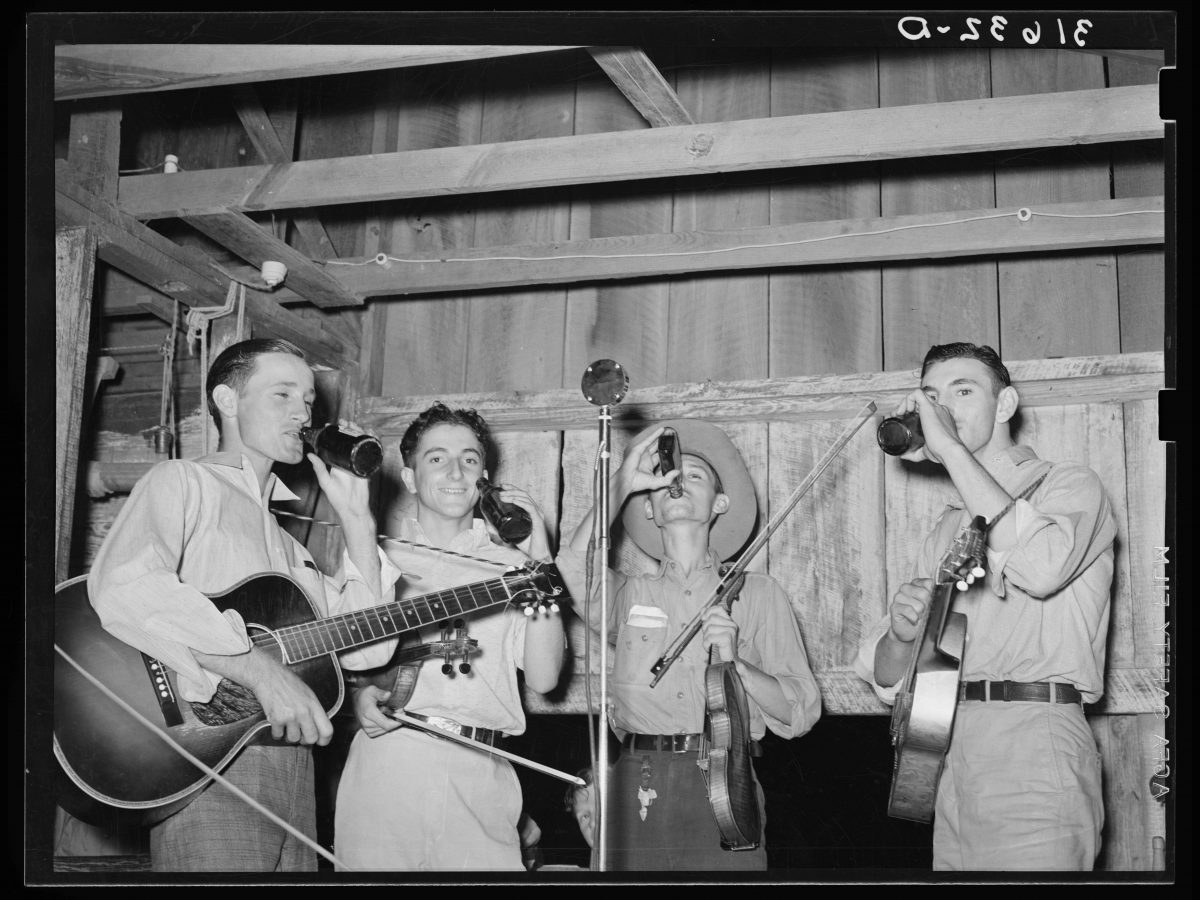 Cajun orchestra for the Fais do-do. Having a break with drinks, Russell Lee, 1938 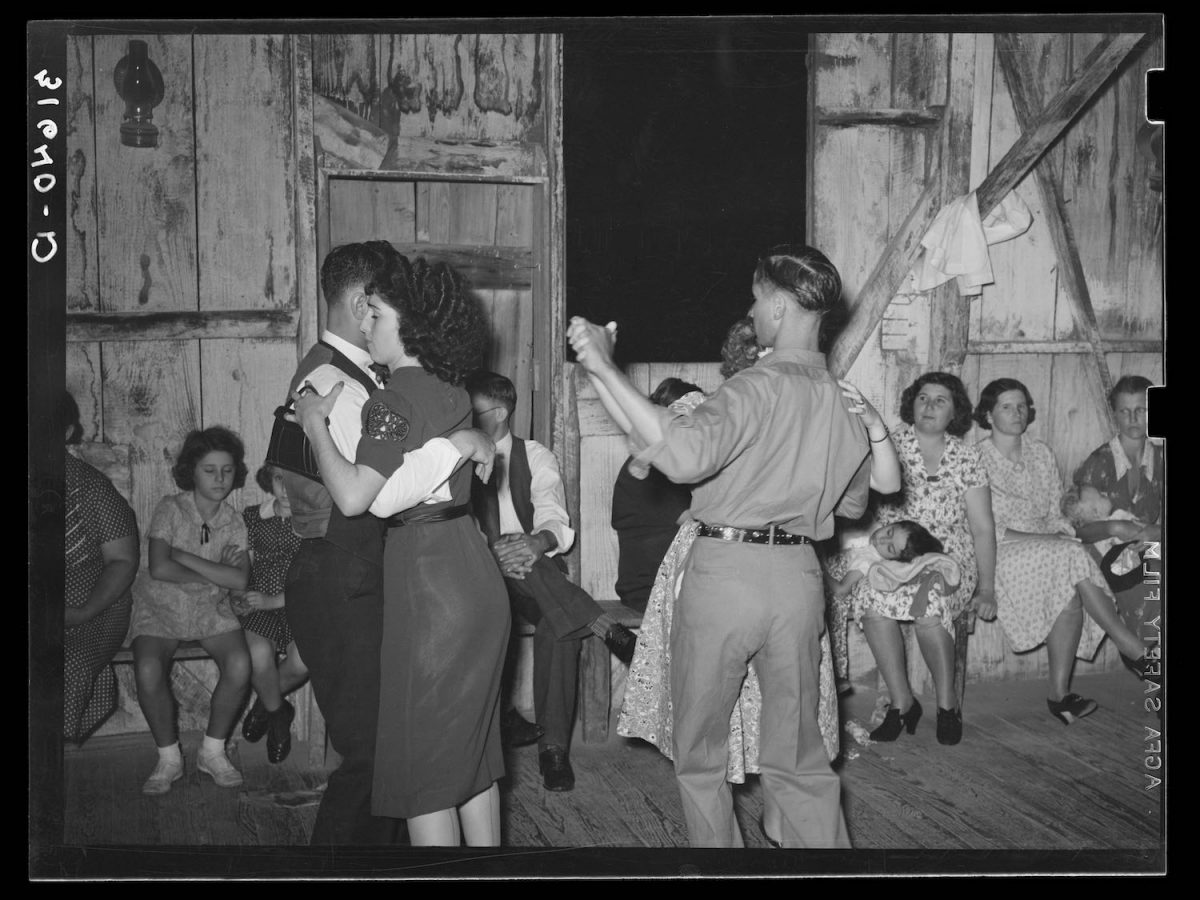 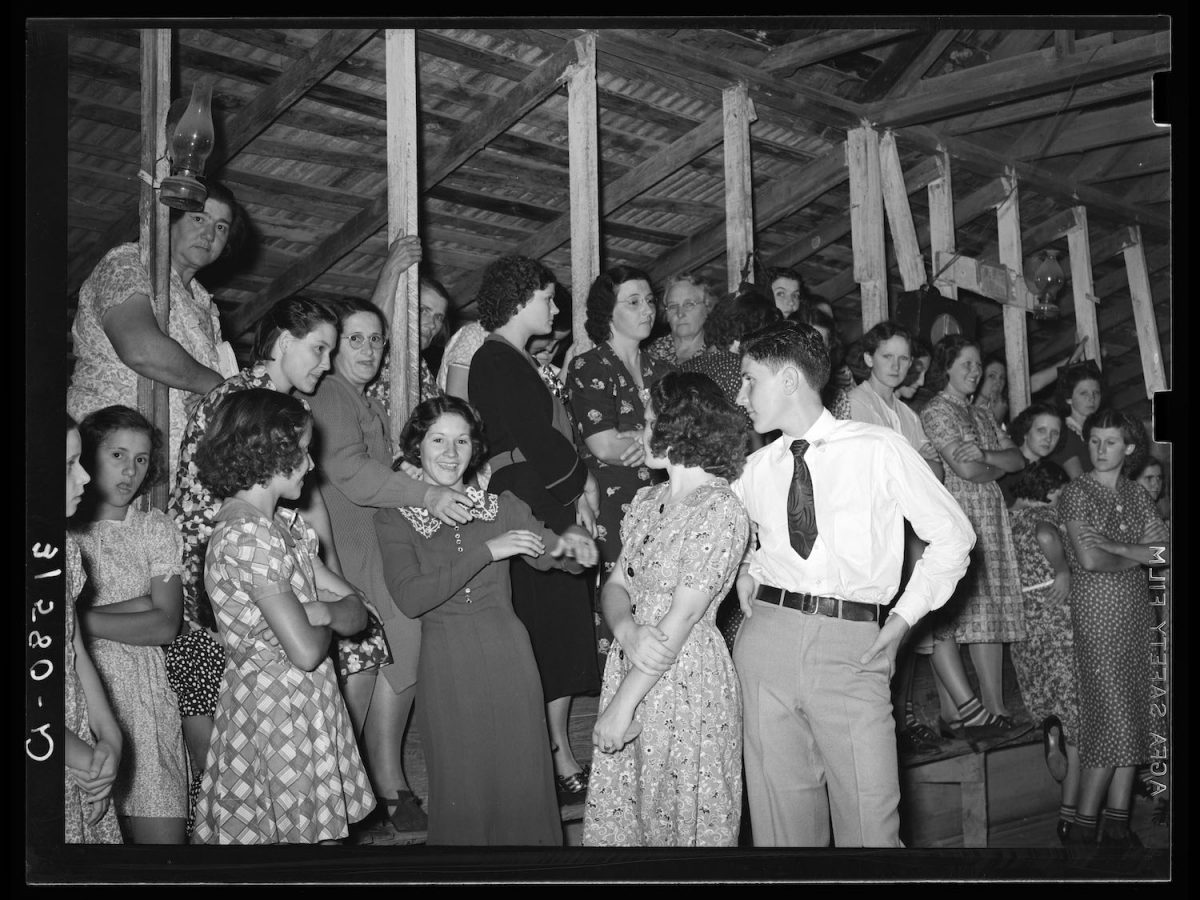 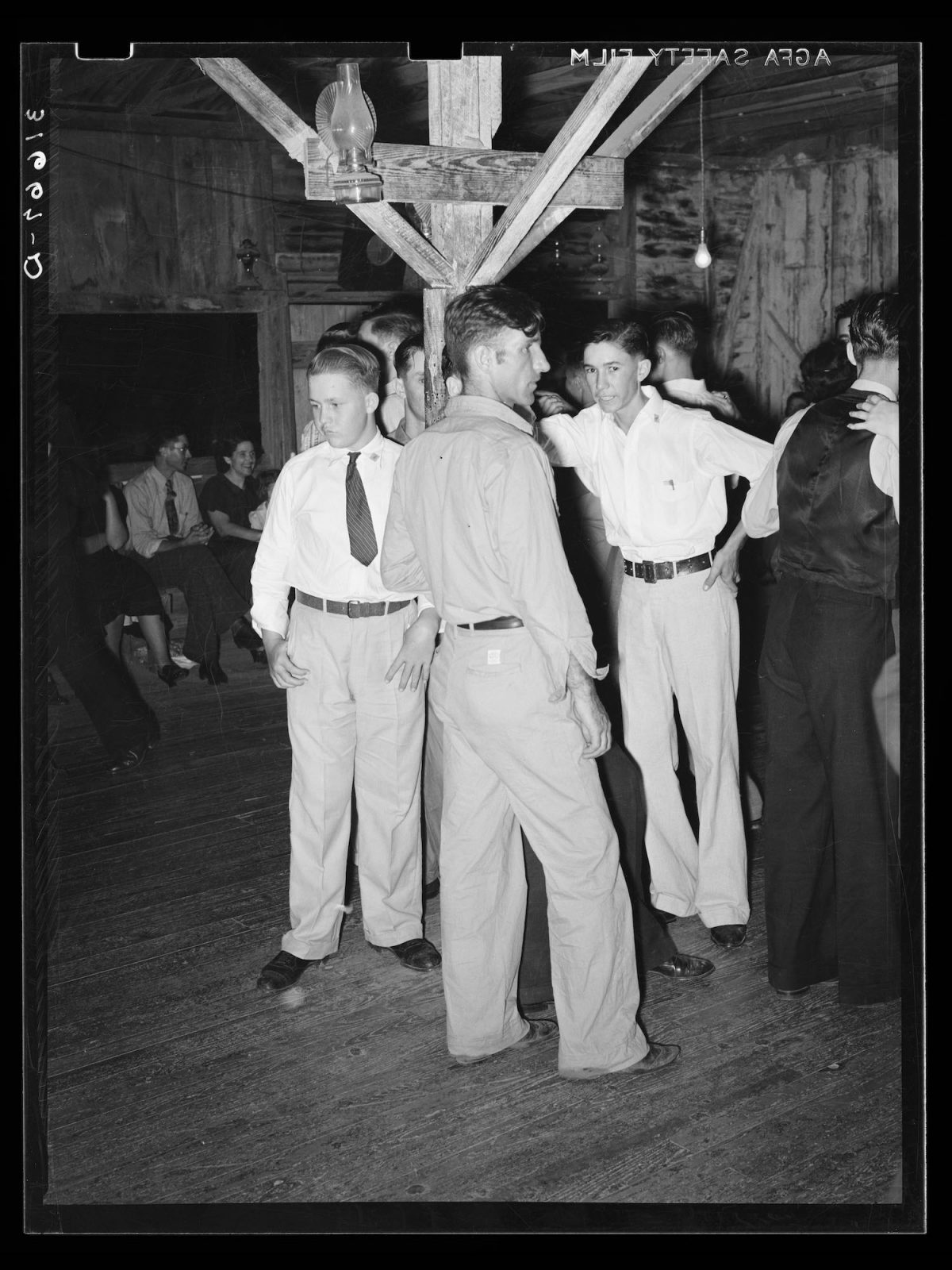 Men congregating in the centre of the hall, Crowley, Louisiana, 1938 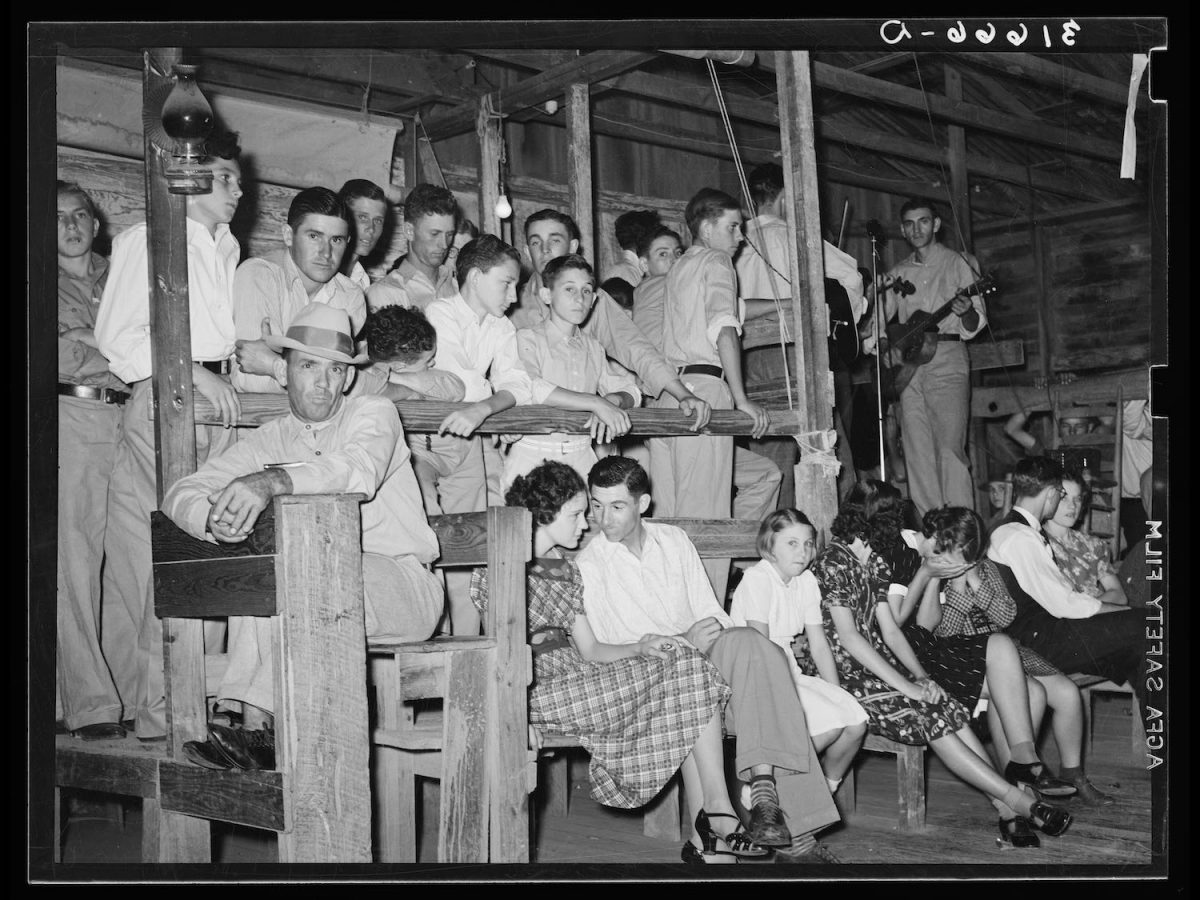 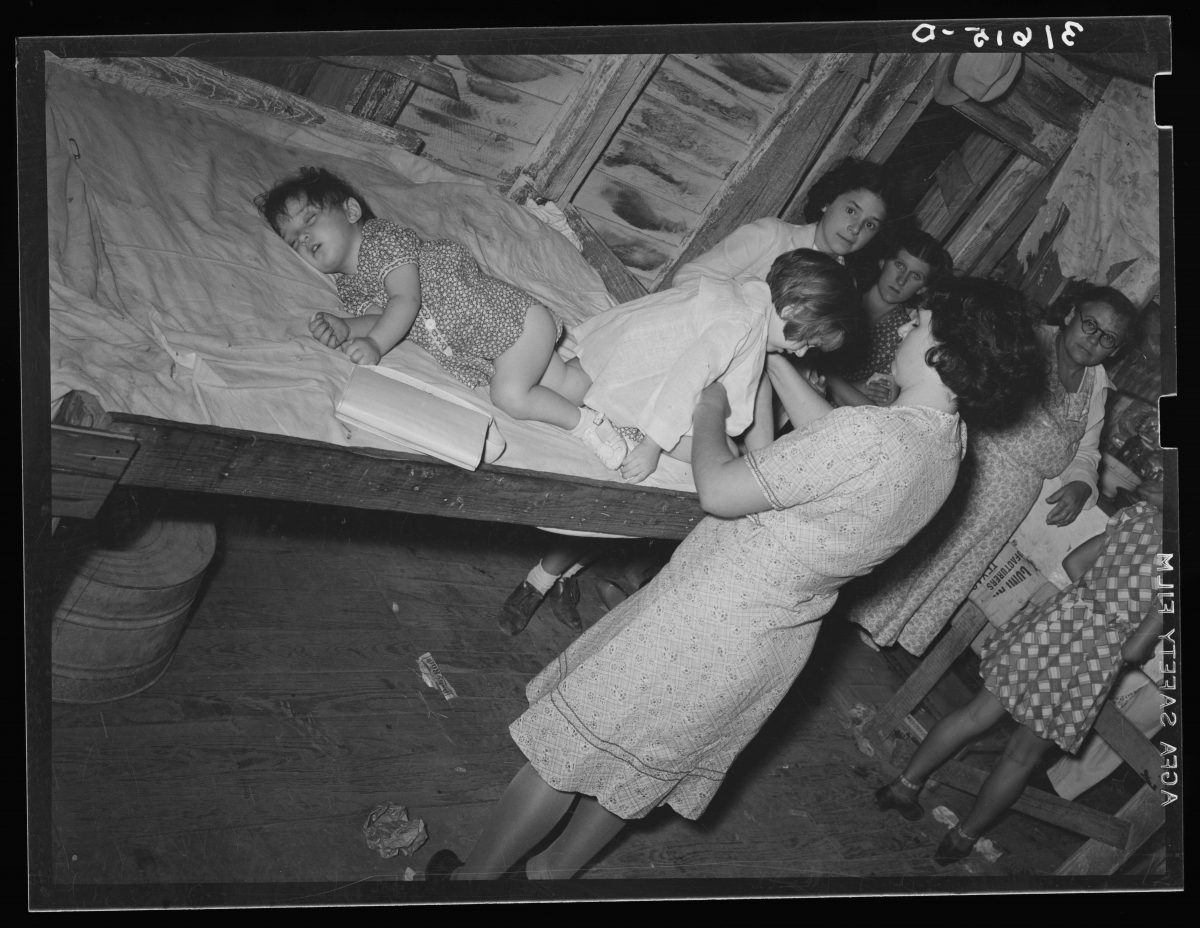 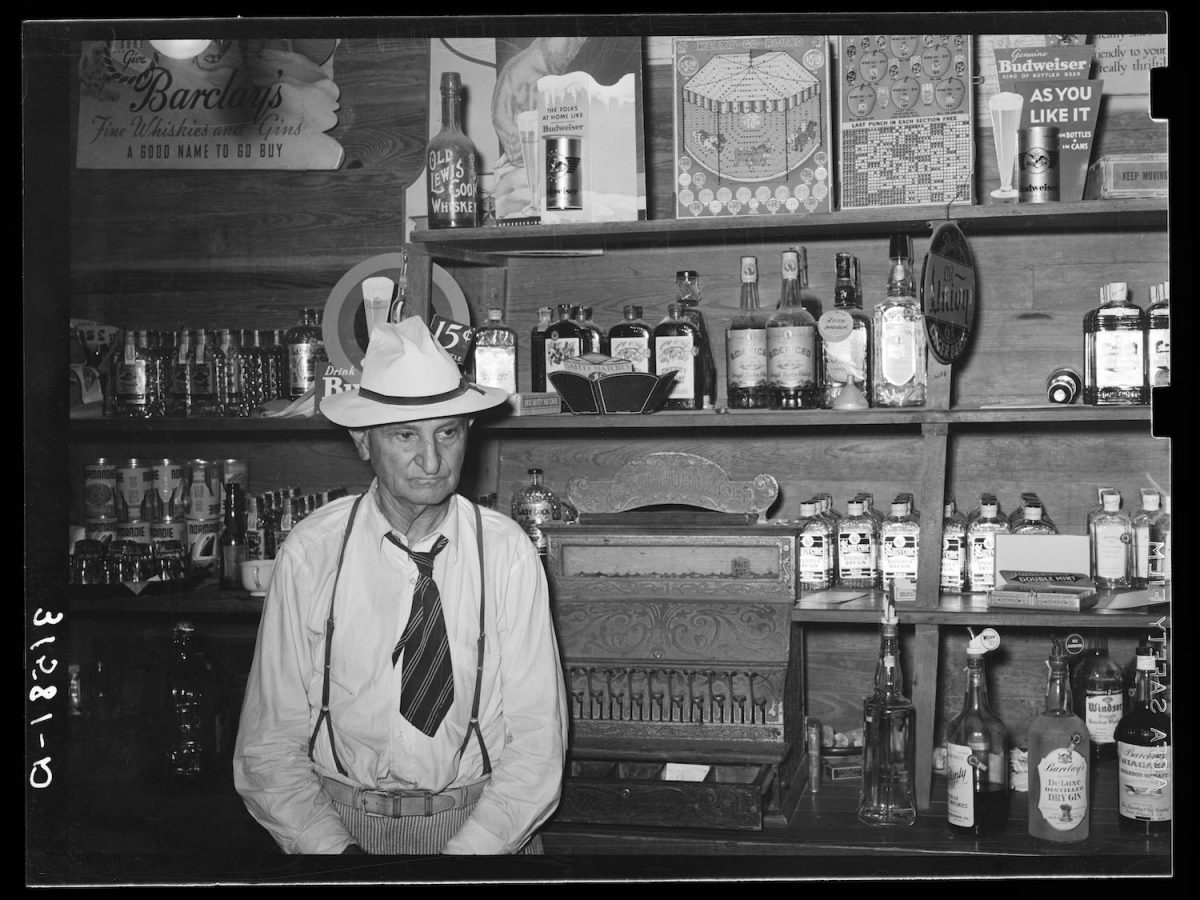 The man behind the bar 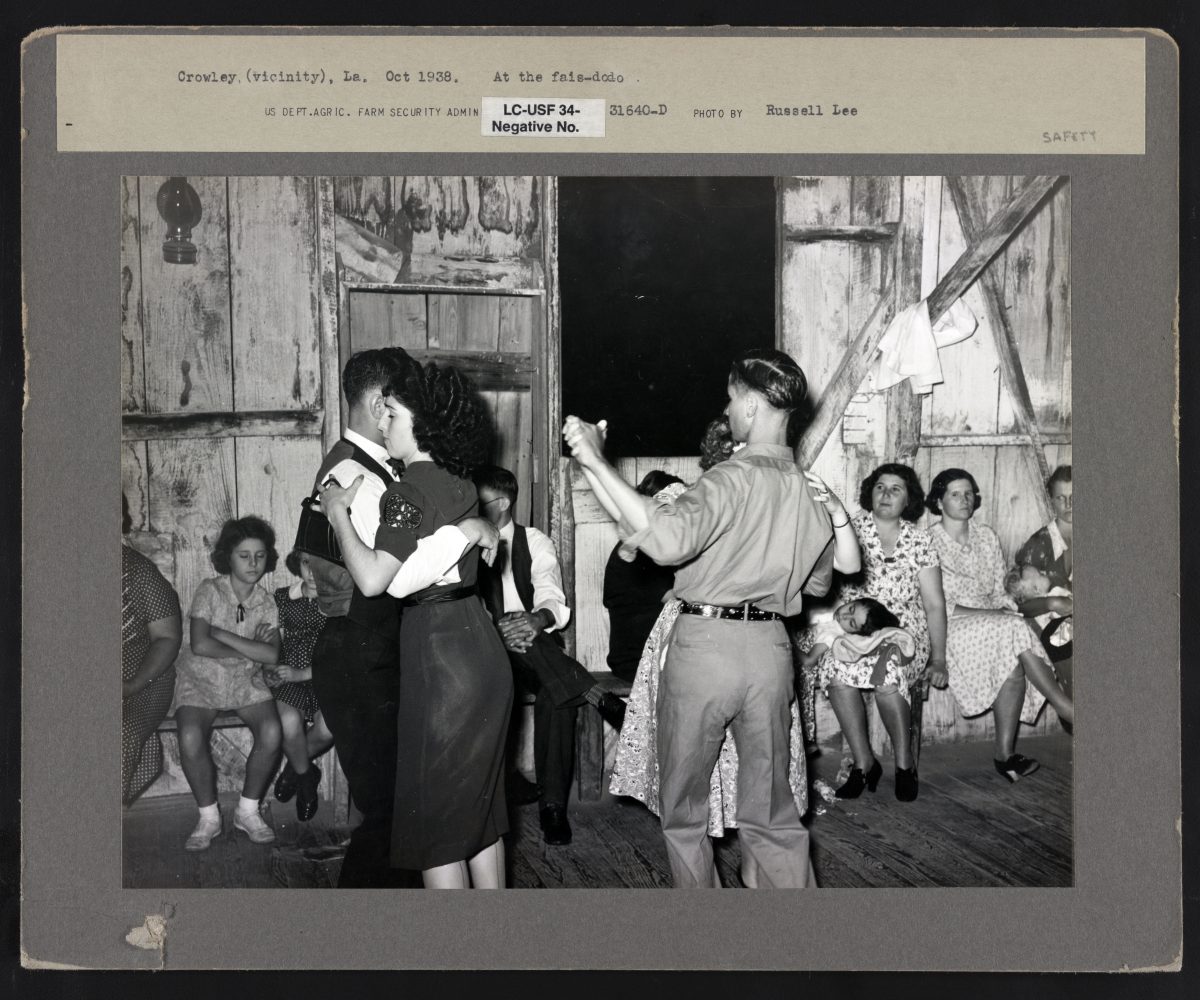 All available to buy as prints in the shop. See them on sale here.