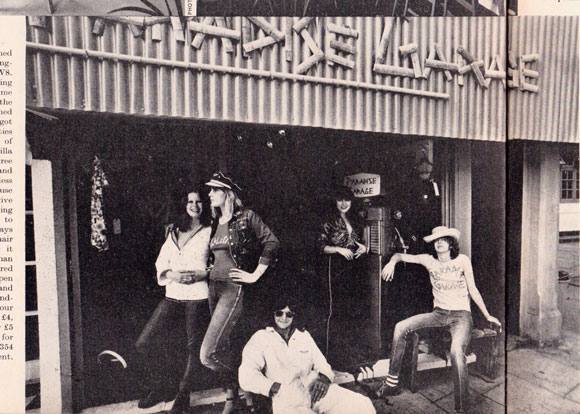 Harpers & Queen ran this photograph of the short-lived but significant World’s End boutique Paradise Garage in the Shopping Bazaar section of the September 1971 issue.

For the photograph Crawshaw wore a child’s satin Red Sox jacket and trousers of her own design in black canvas with red and emerald green satin piped seams.

“How absolutely fantastic to see this; it’s a real find!” says Crawshaw, who adds that she came up with the idea of bamboo lettering for the shop’s logo and t-shirt. “Roly was the manager and my boyfriend at the time. He now lives in Venice, where he started off building gondolas and now designs and builds solar-powered boats which he sails down various rivers all over Europe.”

As illustrated here, there was a degree of bemusement at the notion of consumer demand for pre-worn denim, workwear and second-hand garments. Myles, meanwhile, recognised it as an indicator of fashion’s engagement with the street: “[It’s] all very earthy. I’m a very earthy type.” 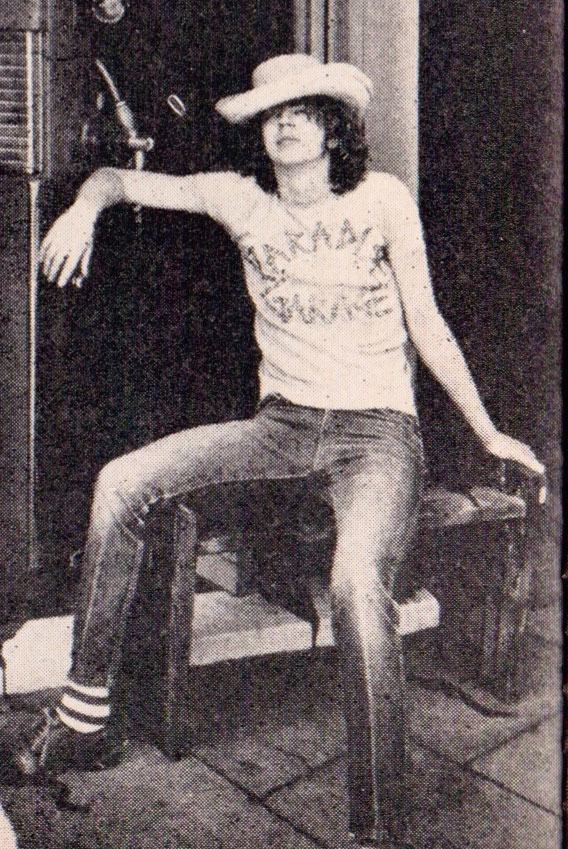 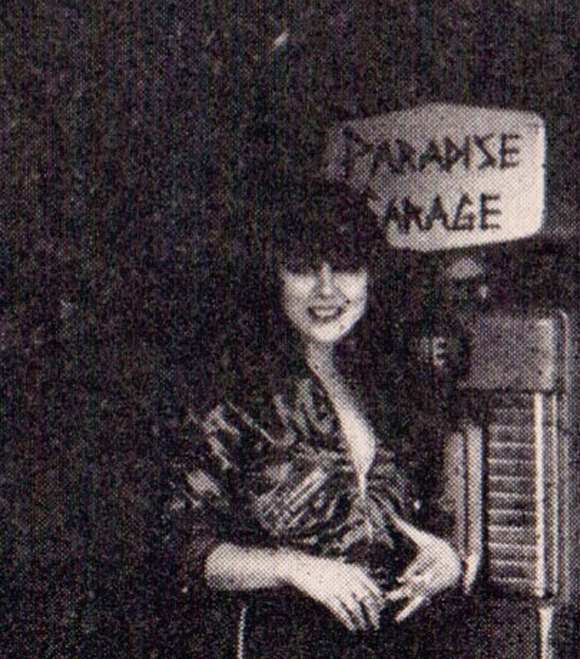 Within a couple of months of Julian Allason taking the photograph, Myles’ marriage to Petersen was signalling a loss of interest in the outlet. While the couple were on honeymoon, Poltock’s successor Bradley Mendelsohn offered the back part of the shop to Malcolm McLaren, and within a few weeks he, his friend Patrick Casey and partner Vivienne Westwood had converted the entire site at 430 King’s Road into 50s retro outlet Let It Rock.

Of course, Westwood still occupies the premises via her Worlds End outlet.