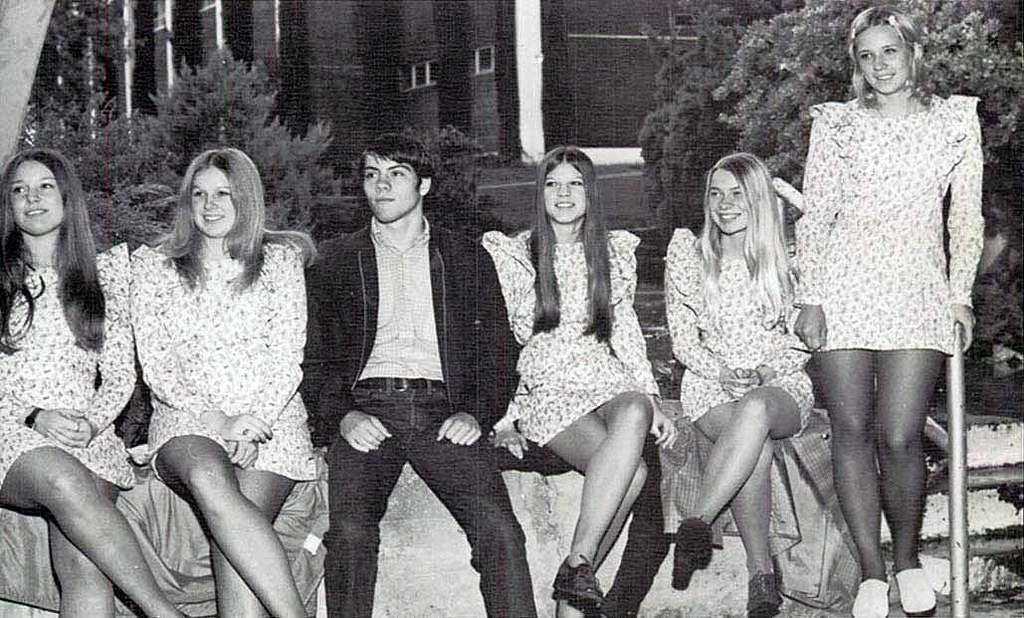 The early Seventies were overflowing with high hemlines.  On the surface, this would seem to be a blessing beyond measure for young men living amongst it.  However, as with anything too-good-to-be-true, there was price to be paid…. 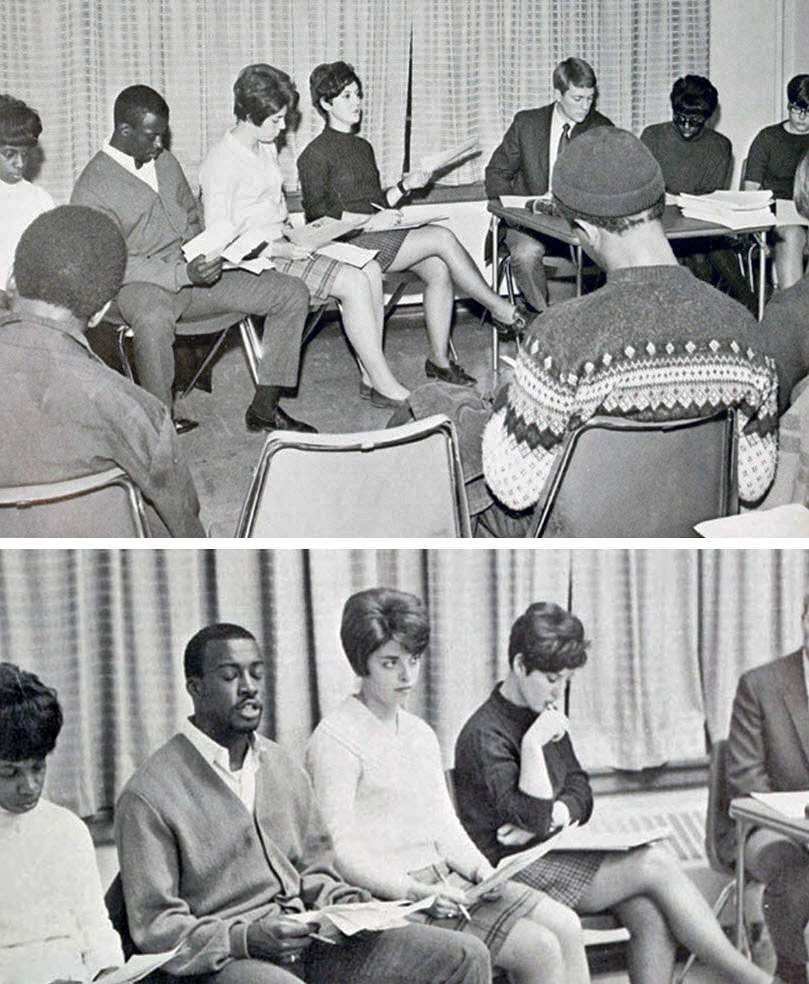 As these pictures illustrate, Miniskirt Over-Exposure was a mixed blessing.  On the one hand, the scenery was glorious for these young men… but lots of silent prayers were needed to ‘cool the jets’, so to speak. 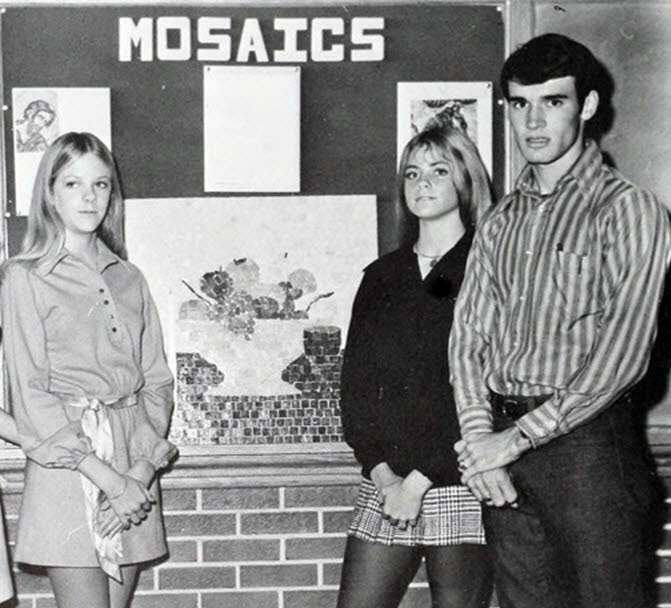 When you go through old pictures during the height of the miniskirt craze, you’ll begin to notice that the young men often look scared and confused. 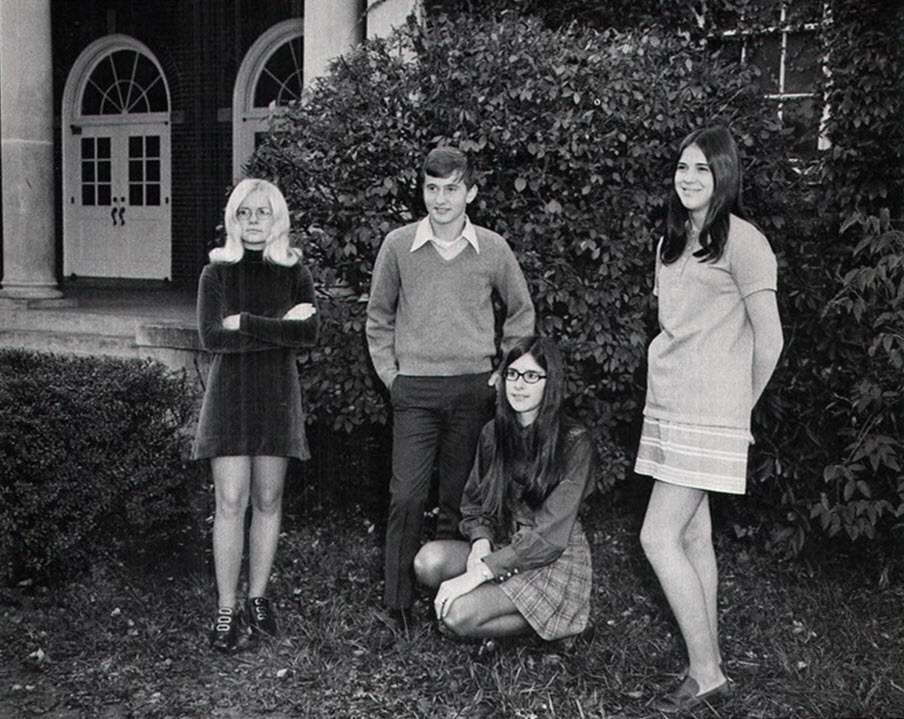 Being at arm’s length from countless minis throughout the day could be taxing on growing man’s libido.  A harmless game of “pocket pool” is a fine way to relieve some unwanted tension – just be sure to keep it off camera (unlike this poor fellow). 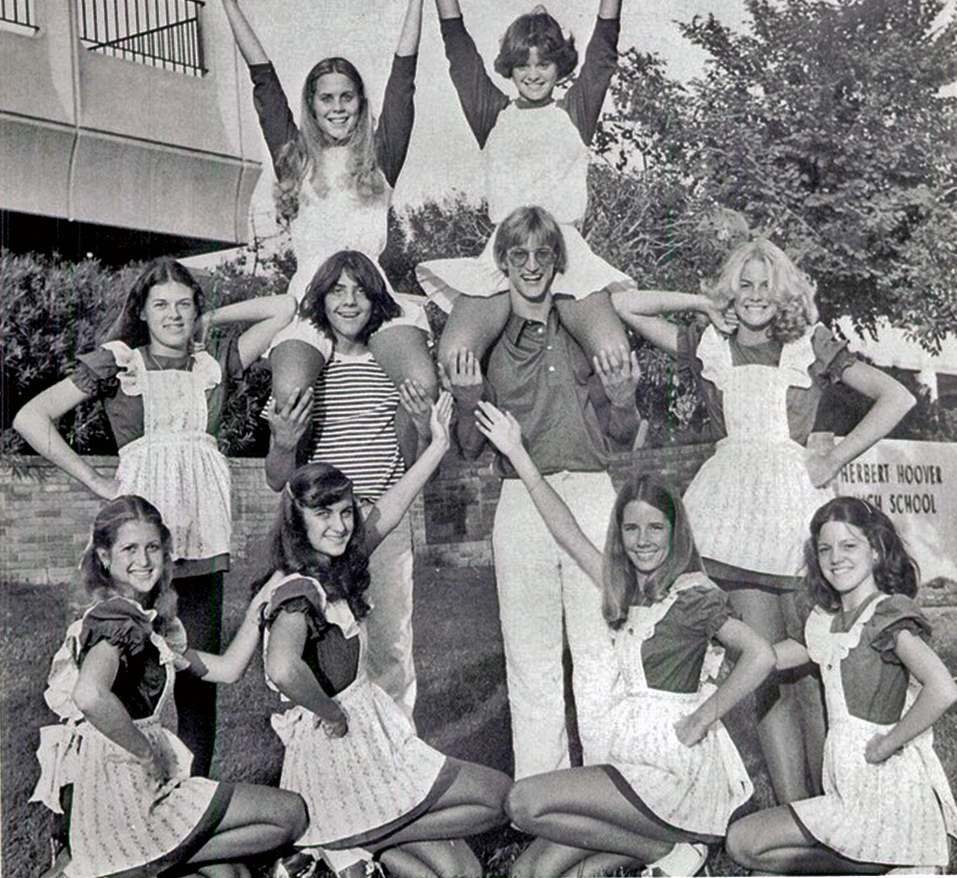 He may have not known it then, but this would be the best moment of his entire life.  It was all downhill from here.

Such is the case with many young men who grew up awash in short skirts – when the minis went away; there was a painful withdrawal to overcome. 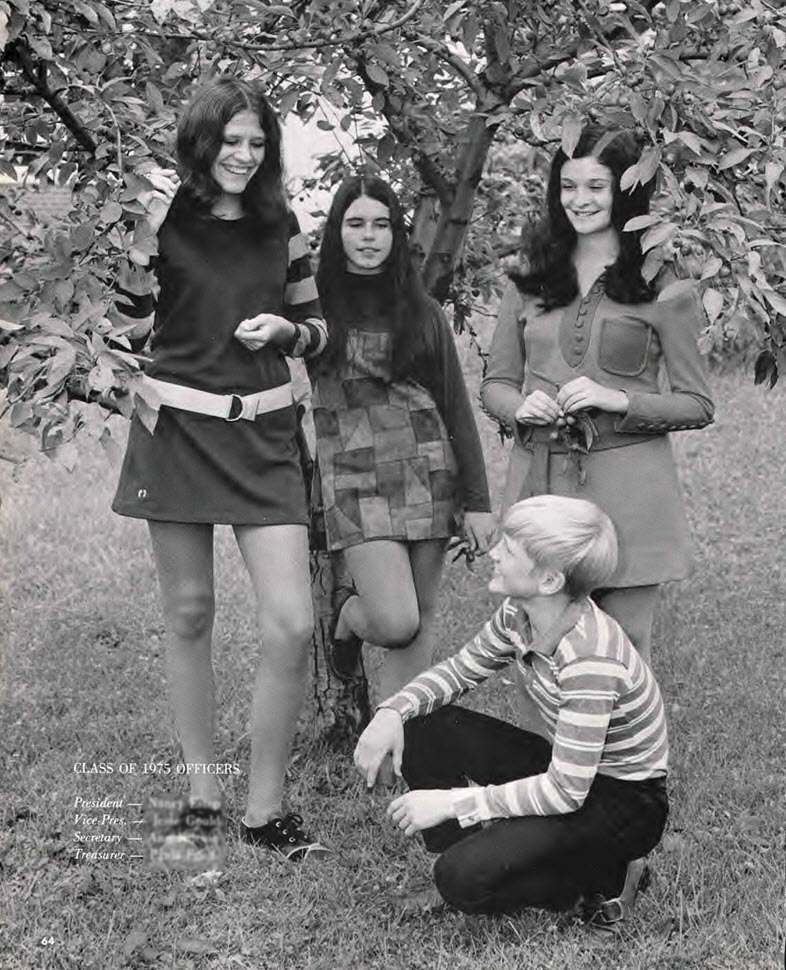 Being surrounded by miniskirts day-in and day-out often led to lapses in good judgement. This young man isn’t fooling anybody.  We all know why he’s taking a crouched position; he’s trying to be sly about it, but his motive his sadly transparent. 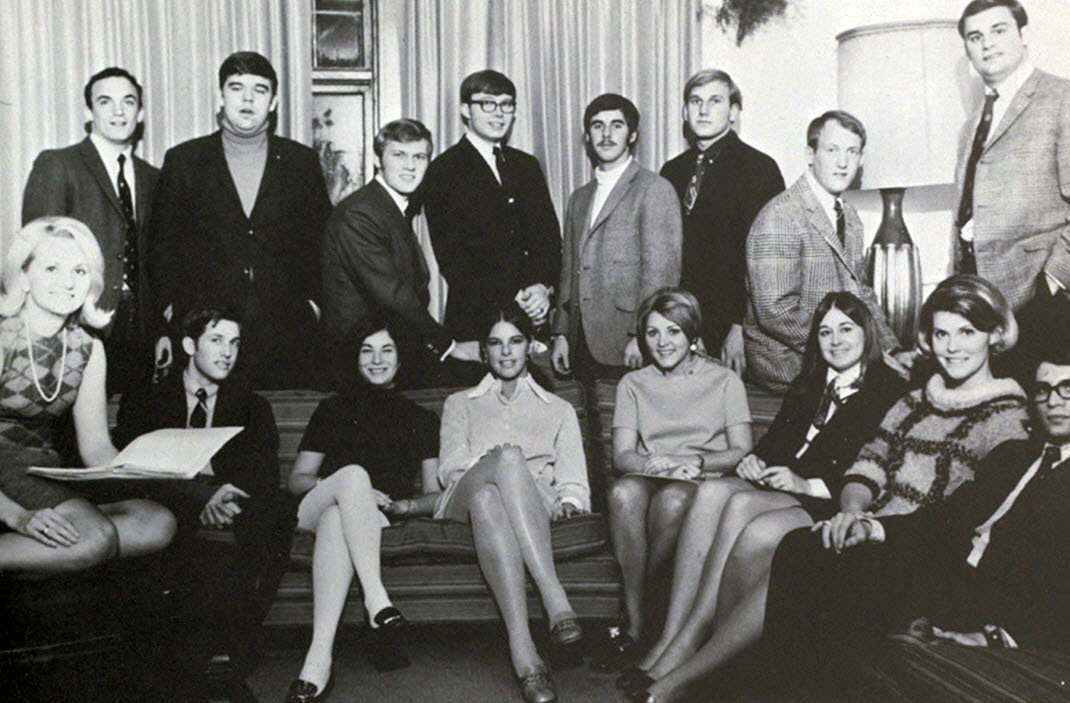 This poor sap on the back row, second from left, doesn’t look too swell.  He’s exhibiting all the tell-tale signs of Chronic Miniskirt Fatigue.  Someone get him a paper bag to breath into and some alone time, pronto! 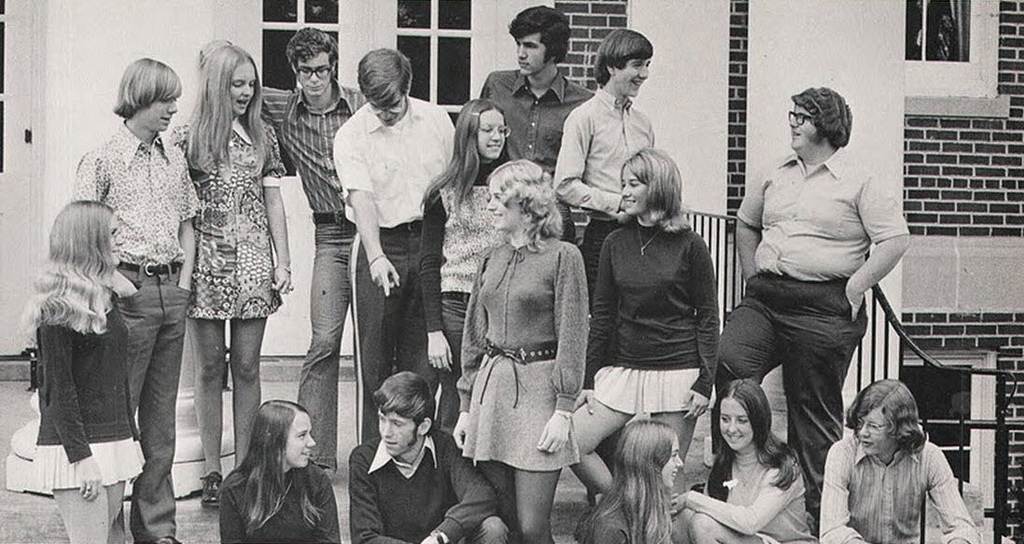 Let’s be clear. Some dealt with the over-exposure better than others. The chunky fellow on the right stands before a landscape of miniskirts.  Sure, none of the girls will have a damn thing to do with him, but all he needs is a clear vantage point and a pair of prescription lenses, and he’s a contented man. 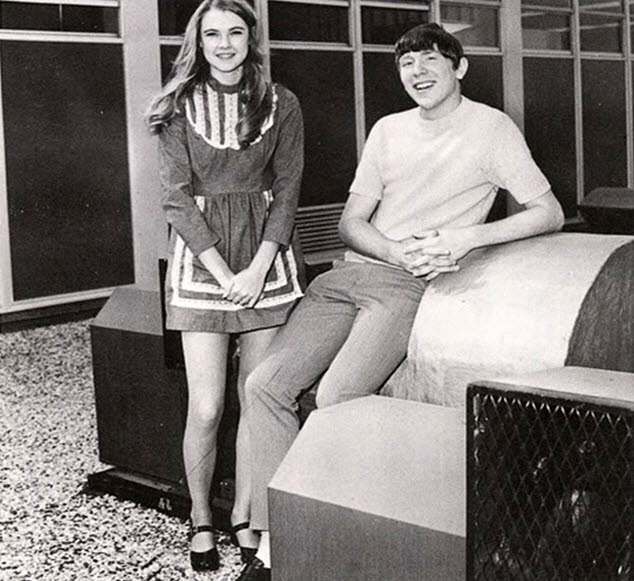 Certain precautions had to be made, such as ensuring your dungarees weren’t too tight; one had to allow for a certain degree of expansion. 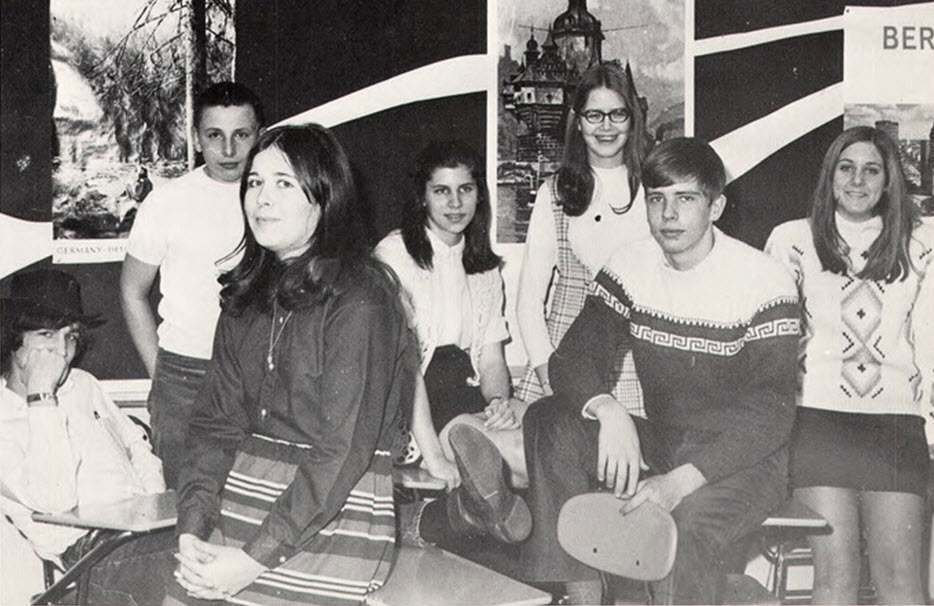 Look at the expression of personal satisfaction of the man on the right.  Some fellas in the Seventies couldn’t handle the Miniskirt Explosion (note the tortured gentleman at bottom-left).  Not this guy.  He sits next to a hemline that is literally as high as it can go before it is called a “belt”, yet his mind is at complete inner peace.

Of course, he’s also on some heavy medication and his parents are concerned he may be “mentally retarded” …. but that’s beside the point. 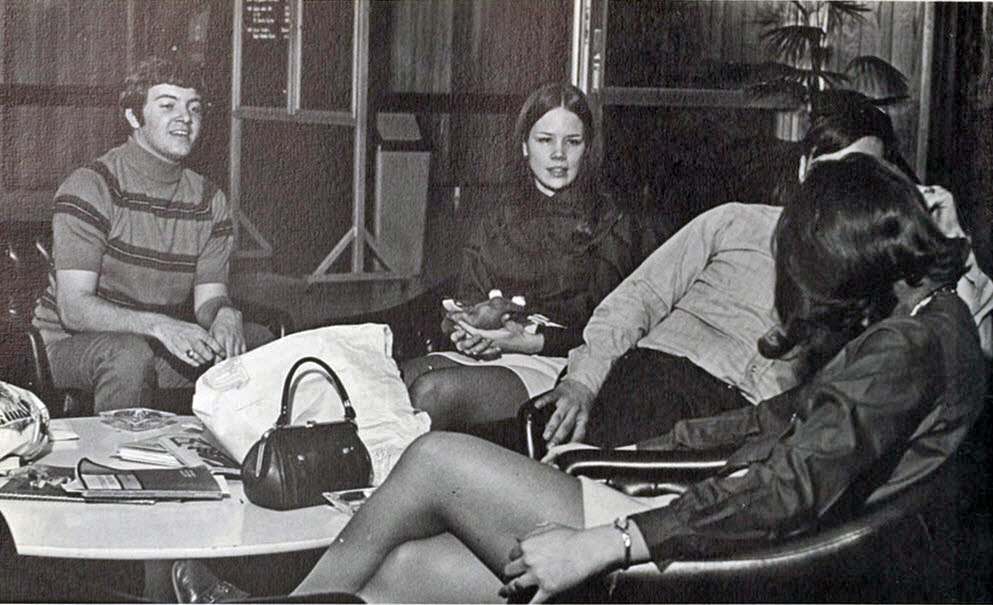 He could have at least tried to be discreet, but, no, he eyes had to wander.  Again, the mini can bring about lapses in restraint. 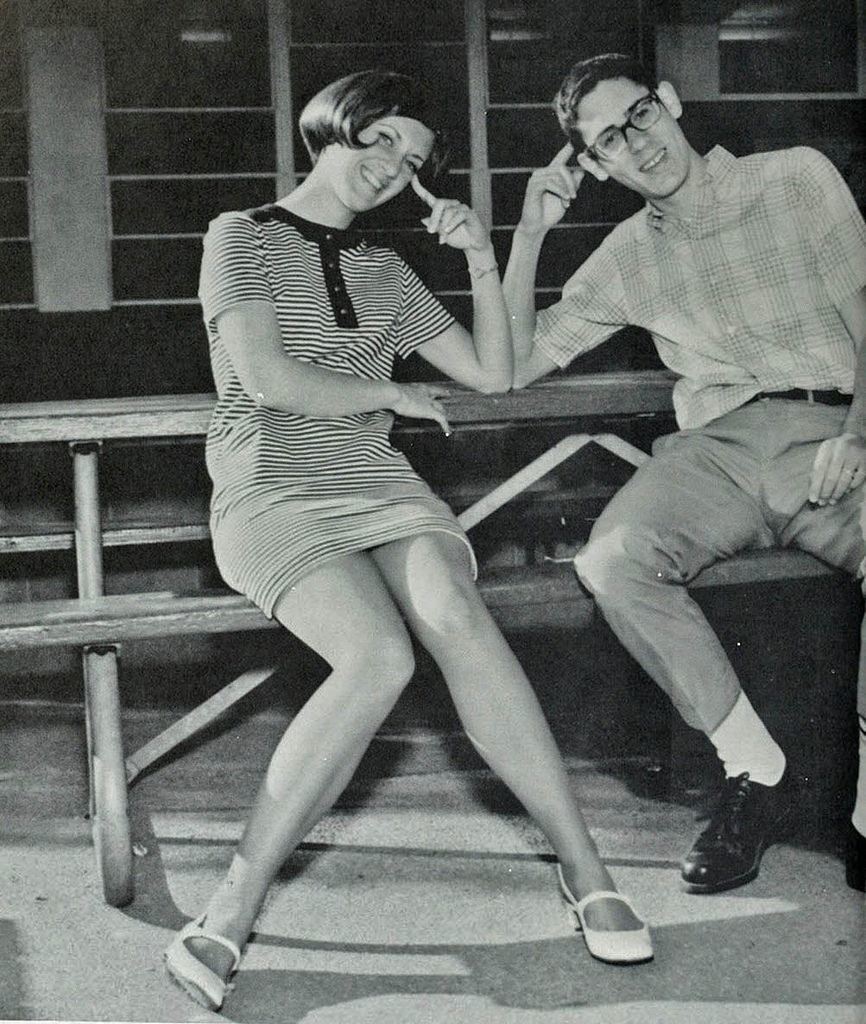 This young man is normally a well-spoken, extremely intelligent member of the Honor Society…. yet next to the mini, he completely loses the ability to form words. Left unchecked, Mini Skirt Overexposure often could lead to permanent brain damage and palsy. 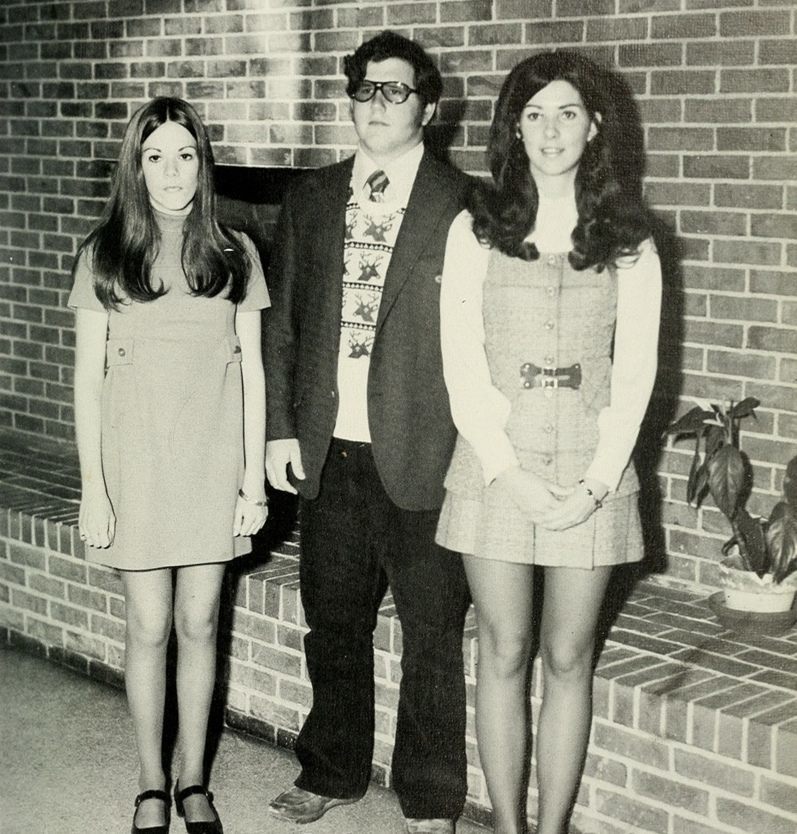 There is zero chance this dude even knows his own name right now.

“Just keep blowing bubbles, honey.  Blow all the live-long day.”  Even the very young were at risk. 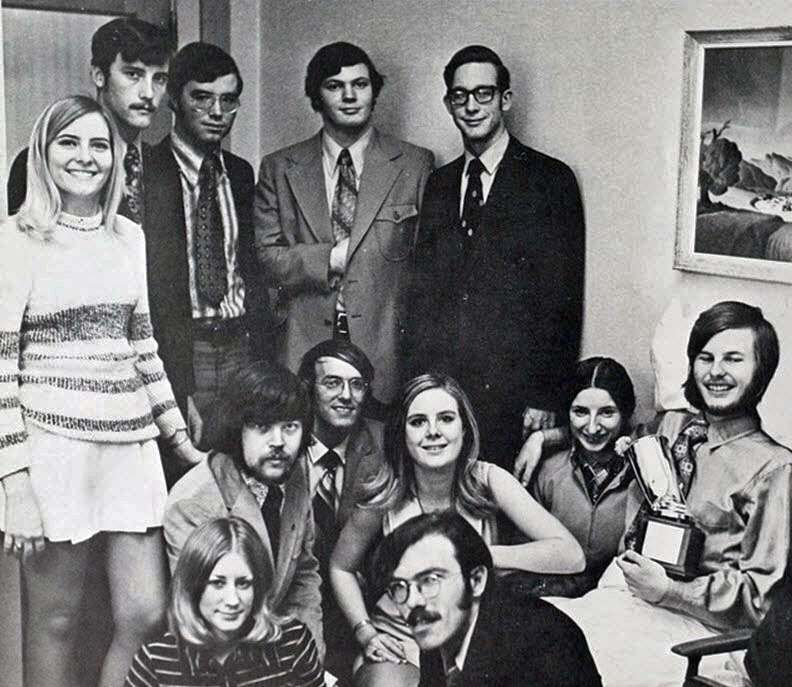 The bearded lad sitting next to the miniskirt: “Must remain strong… Must not turn to the left.  Focus, dammit!  Keep looking straight as if life depends on it….” 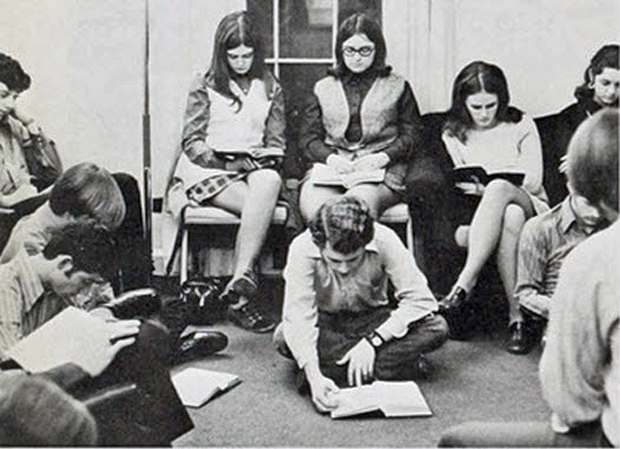 “Dear God.  I’ve read the same line 200 times!”  Miniskirt Overexposure made even the simplest of tasks, like reading a book, impossible. 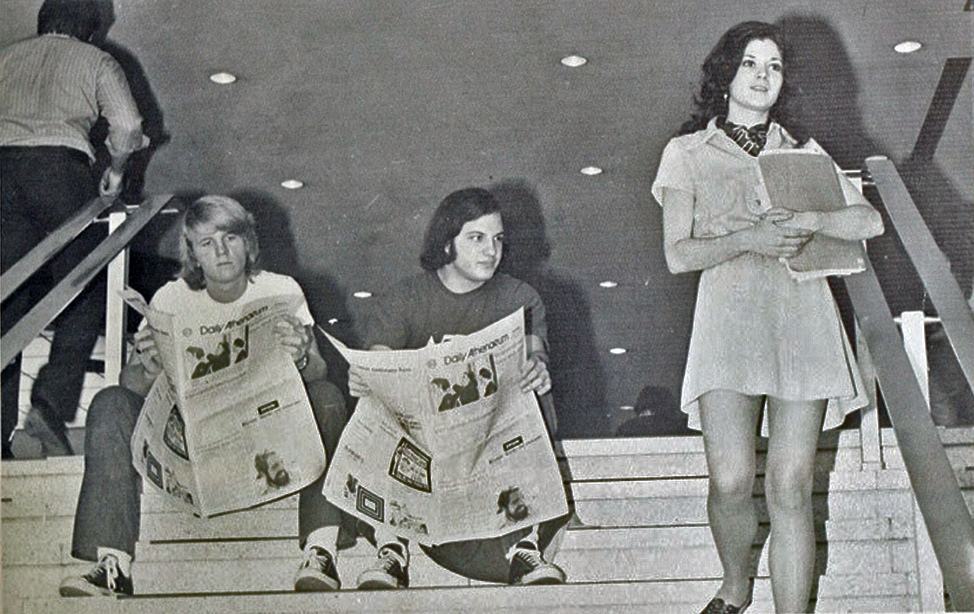 Just trying to read the morning paper….. just give it up, boys. 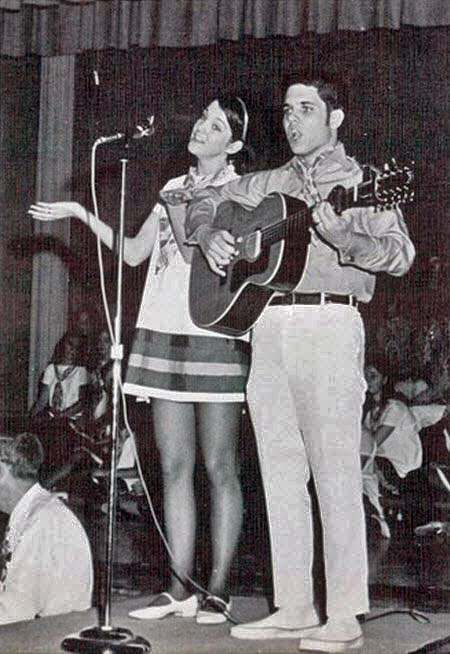 Worst case scenario: Mini Skirt Overexposure strikes while on stage.  Carlos practiced this song a thousand time, yet the words suddenly elude him.

Yet, the male audience members are in no less of a predicament… 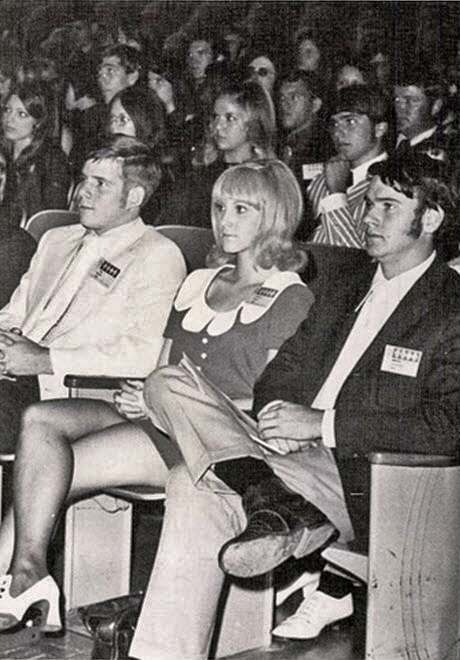 Just try and concentrate on any performance with miniskirts nearby.  Both Jim and Dan haven’t heard a freaking word the speaker has had to say.   There’s going to be an exam on this later, and the two of them will undoubtedly flunk. 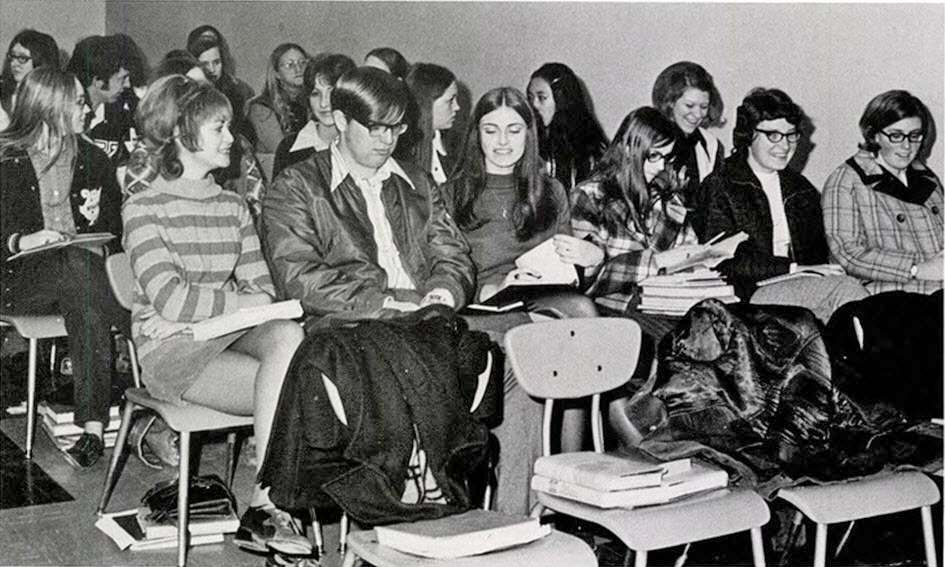 Speaking of flunking, one wonders if this poor sap learned a damned thing the whole semester.  Normally an “A” student; Jerome’s parents and teachers never could figure out why his marks were so low in geography.