Claiming that musical groups of today are “manufactured” is as controversial as saying a swimming pools of today are wet. Contemporary recording artists are routinely synthetically created as if in a laboratory to achieve maximum sales (then are cast aside to the bargain bin once their novelty wears thin).

Don’t get me wrong – this isn’t necessarily a bad thing. There’s nothing wrong with getting your songs from talented writers – just ask Sinatra or Elvis. However, in the late 1960s, there was a huge stigma associated with “selling out” or any hint corporate influence.

This brings me to the number one prefabricated band of all time – a genuinely good band who took a relentless pounding just because they were seen as artificially created. 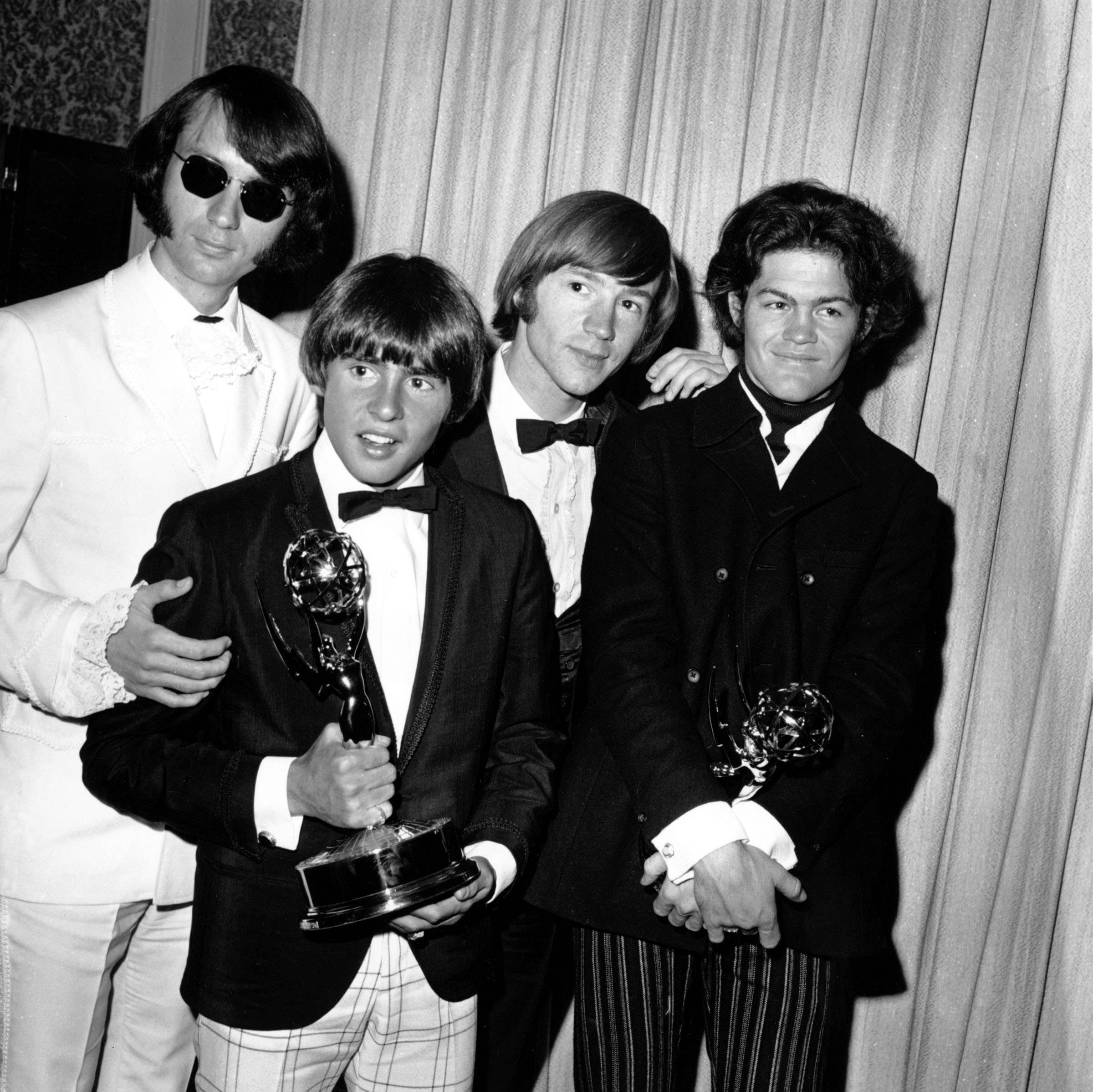 They were the critics’ favorite punching bag, and even worse, they were mocked by other supposedly credible artists. For instance, The Byrds’ “So You Want to Be a Rock and Roll Star” was a jab directly at the Monkees.

Mike Nesmith has stated: “The press went into a full-scale war against us, talking about how ‘The Monkees are four guys who have no credits, no credibility whatsoever and have been trying to trick us into believing they are a rock band.'”
The irony is that The Beatles, arguably the greatest, most talented and influential band in history, actually liked The Monkees. Indeed, there was a lot to like about them: Mickey Dolenz was an amazing singer, they did contribute to their recordings, they were innovative (i.e. Dolenz was the first to use the moog in a rock song), they did play their instruments on tour, etc., etc. Sure, they didn’t always write their own music, but so what? 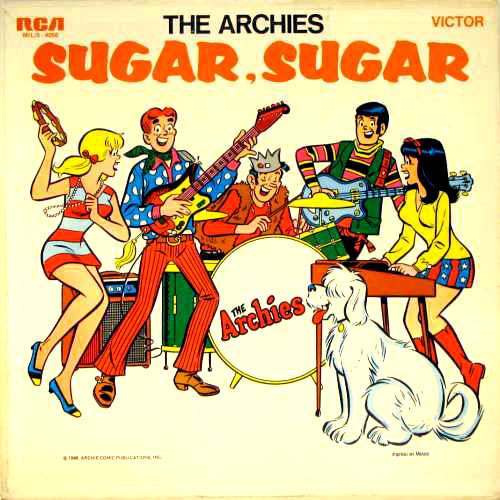 “Sugar, Sugar”, a number one hit by Andy Kim (the guy who brought us “Rock Me Gently”), was meant for the Monkees, but they were trying to shed their bubblegum image. So, it ended up going to another manufactured band – The Archies.
The vocals were performed by Ron Dante of the Cuff Links (a real group whose arranger happend to be Rupert “Pina Colada” Holmes). Dante later provided lead vocals for another fictional animated group, The Chan Clan, and became the longtime producer for Barry Manilow. 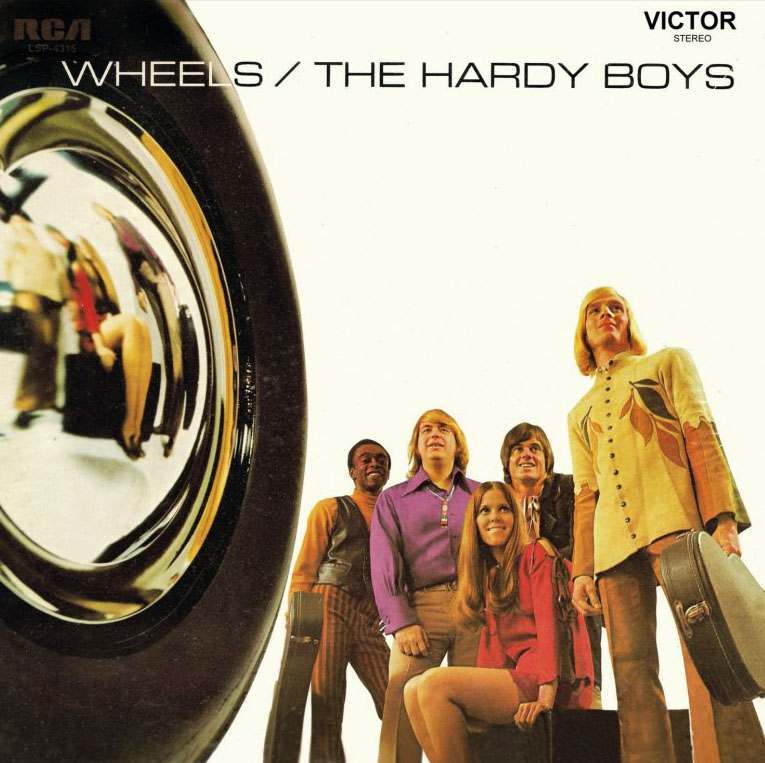 Speaking of television based manufactured bands, one of my favorites is The Hardy Boys. To go along with a Saturday morning cartoon (1969-1971), this band was invented that actually released two albums and toured. It was the first cartoon to feature an African American character.

It wasn’t long before seemingly every Saturday morning show had a band – The Groovie Goolies, The Neptunes (from Jabber Jaw), The Banana Splits,… even The Brady Bunch jumped on the bandwagon. How’d this all begin? Blame the Partridge Family, or better yet, The Cowsills. Regardless, it was a trend that created a lot of prefab bands. 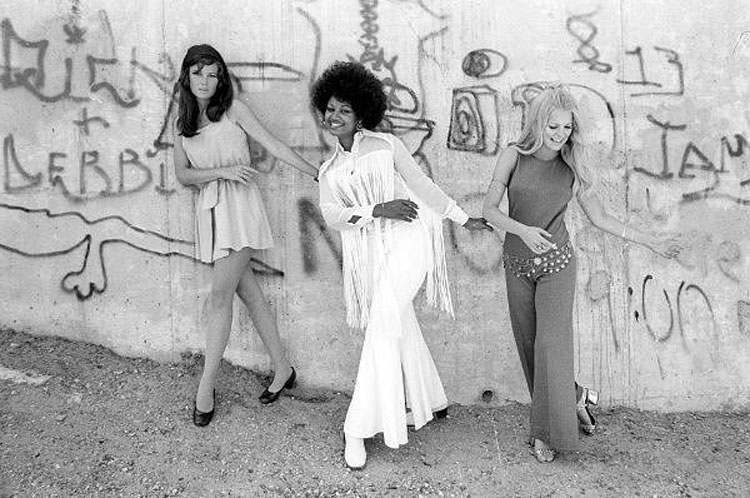 While we’re on the topic of Saturday morning cartoon bands, it would be a crime not to mention Josie & the Pussycats. Their album was a bust, so the real girl group didn’t last long, but it did spark the career of a young Cheryl Ladd who would later replace Farrah Fawcett on Charlie’s Angels.

Here is their atrocious cover of Bread’s “It Don’t Matter To Me”.

Note: Some of you may be dying to point out that this record was actually released in 1970s, thus, disqualifying them as a 1960s prefab band. The band formation and recording took place in ’69, so technically we’re still legit, and the same can be said for the next band… 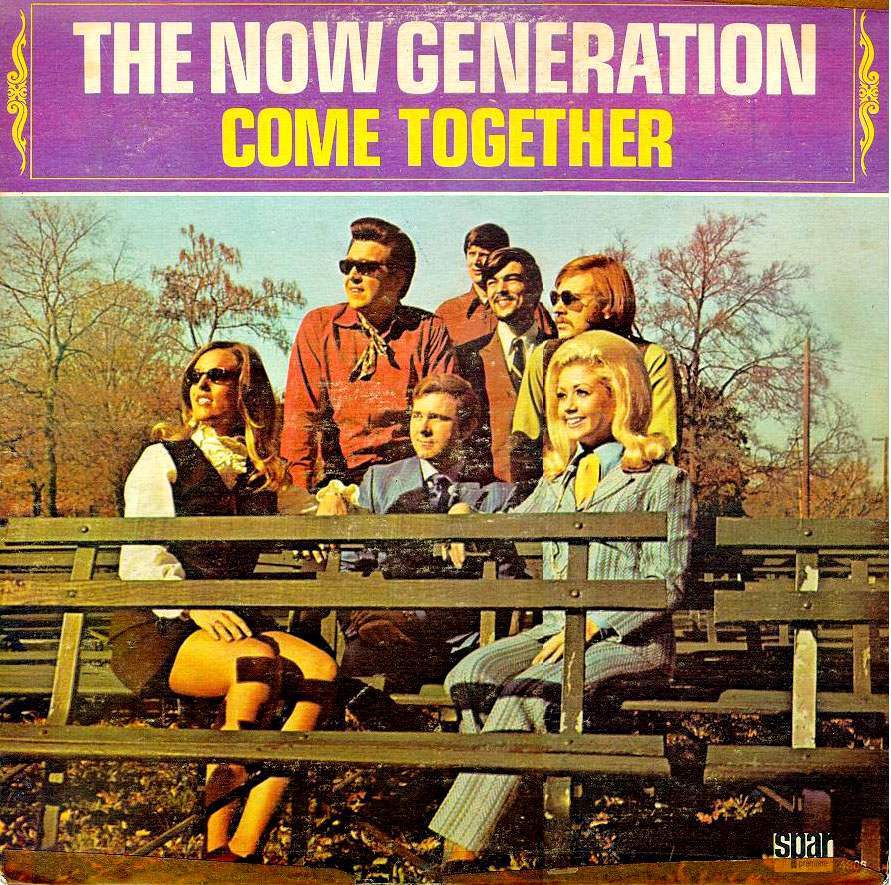 The Now Generation were about as manufactured as petroleum based plastic; the songs as lifeless as can be, and arranged to sound as close to the original hit recordings as possible. They were designed to appeal to kids who didn’t know better – a textbook example of all that is bad about manufactured bands.

“We’ve come out of the golden 60’s into the magic of the 70’s and the magic of the space age that will accompany it… to help bridge the gap, here’s a completely new collection of your favorite hit songs performed by the Now Generation. The year 1969 saw the creation of Now Generation as one of the more popular performing groups in Show Biz”.

Ummm….. I think that last sentence may be a bit of a stretch. 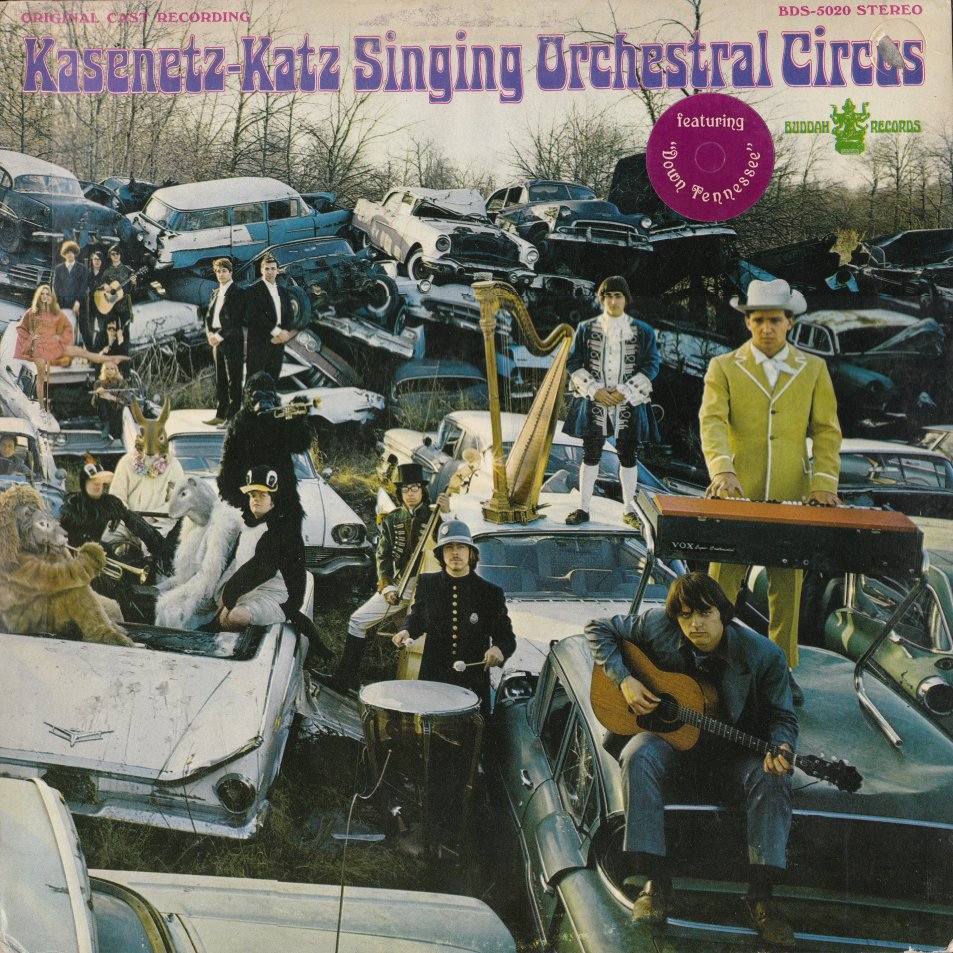 Producers Kasenetz and Katz had a lineup of radio-friendly bubblegum acts which they brought together for the ultimate bubblegum pop supergroup. It was a mixture of Ohio Express, Music Explosion, The 1910 Fruitgum Company, and several others – a gimmick meant to capitalize on Sgt. Peppers that didn’t quite work.

Read what Neil Bogart (general manager of Kama Sutra and Buddha Records) says about it on the gatefold sleeve. Judging by these liner notes, you’d think he was describing Woodstock or The Beatles on Ed Sullivan.

Producers Kasenetz and Katz had a lineup of radio-friendly bubblegum acts which they brought together for the ultimate bubblegum pop supergroup.  It was a mixture of Ohio Express, Music Explosion, The 1910 Fruitgum Company, and several others – a gimmick meant to capitalize on Sgt. Peppers that didn’t quite work.

Read what Neil Bogart (general manager of Kama Sutra and Buddha Records) says about it on the gatefold sleeve.  Judging by these liner notes, you’d think he was describing Woodstock or The Beatles on Ed Sullivan.

“Some things go together – like peaches and cream, love and marriage, salt and pepper.

When frighteningly talented producers Jerry Kasenetz and Jeff Katz conjured up their confection of 46 rock and roll musicians playing together as one massive orchestra, peaches, cream, love, marriage, salt and pepper all merged into the fantastically exciting idea.

The excitement reached fever pitch on June 7 when the Kasenetz Katz Singing Orchestral Circus, 46 strong, stepped on stage at Carnegie Hall to the wild applause of over 3,000.  Some were screaming kids in dungarees and torn shirts; some were dignified oldsters dressed in tuxedos, their expressions quizzical but contained; and some were musical directors and DJ’s from all over the country.

The Messrs. Kasenetz and Katz lifted their batons; then lowered the boom.  And it happened! Eight of the nation’s most exciting groups… colossal!  Stupendous! mind-blowing!…exploded into an unreal, riotous extravaganza of sight and sound.

History was made.  And history repeats itself in this sound-bursting album.  But Kasenetz and Katz aren’t surprised.  Making history is old hat to them.  History and togetherness – like coffee and cake, black and white… like Kasenetz Katz Singing Orchestral Circus and you.”

What a build-up.  Nothing could live up to this, and the Kasenetz Kats Singing Orchestral Circus most assuredly did not.  Listen for yourself…

Their bizarre rendition of The Beatles’ “We Can Work It Out” wouldn’t be half bad without the ridiculously noisy intro and the awful “aww-awww” chant overlapping the vocals.
Okay, actually it would still be terrible. But it would be greatly improved. 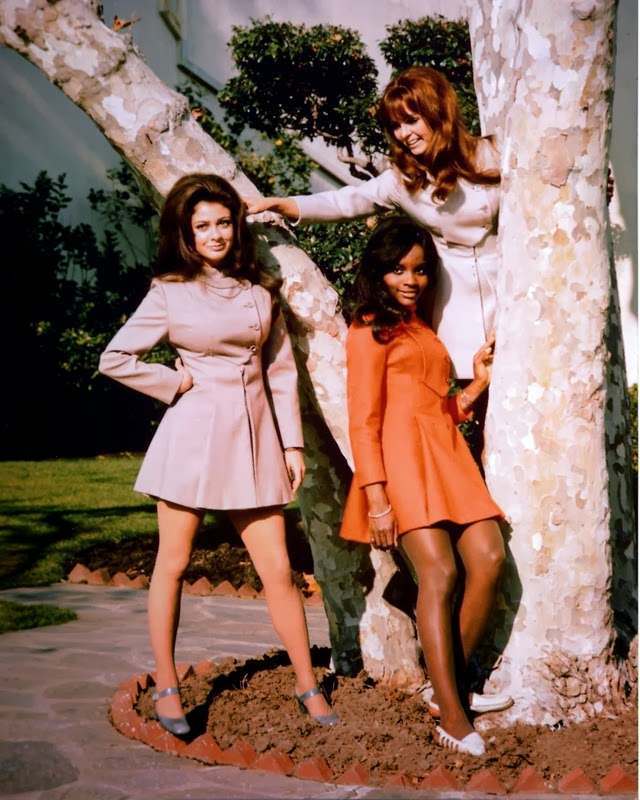 Beyond the Valley of the Dolls is the creation of the incomprehensible partnership of film critic, Roger Ebert (screenplay) and skin flick master, Russ Myer (director). In the film, the fictional band, The Carrie Nations, lip-synch to songs written by Stu Phillips – the guy who composed the Knight Rider and Battlestar Galactica themes.

In the end, we’d probably prefer our bands to be genuinely free of corporate influence; to have all sprung organically in the back alleys of Hamburg without any puppeteering from those big bad record companies. However, when you consider that even the Jimi Hendrix Experience was artificially organized, things get sticky. Perhaps, it’s best not to worry about the roots and authenticity of a band, and instead just listen to the music.