If several decades of post-apocalyptic movies and TV series have taught viewers anything, it’s that after civilization ends, you’re going to need a good ride.

Following the fall of man, a sturdy vehicle is a home base, a shelter in the storm, and the only thing that can get survivors away from a mob of zombies, or to that safe zone in Albany, New York.

With that thought in mind, here are my selections for the five best rides of the post-apocalyptic future. Your mileage may vary. 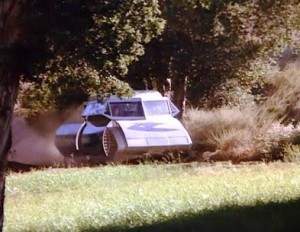 This nifty hover-craft from the Logan’s Run TV series still operate well after 200 years stored in a basement in Washington D.C.

The downside is that, per its name, the solar car is powered by the sun, so in the event of a long-lasting nuclear winter, it probably won’t serve you needs very well.

But if you’re out there, between the domes, looking for Sanctuary… 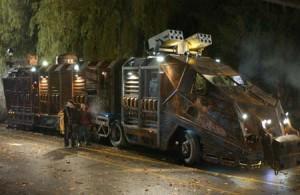 A weapon on wheels, this heavily-armed vehicle houses more than a dozen people and comes equipped with machine gun mounts and video surveillance.

In the event of the zombie apocalypse, Dead Reckoning can also shoot fire-works into the night sky, to confuse the dead.

It may not be as fast or maneuverable as some of the other vehicles on this list, but Land of the Dead’s Dead Reckoning lives up to its fearsome name, and is a rolling fortress.

A modified 1973 Ford Falcon Coupe, this “pursuit special,” the Interceptor, can hunt down criminals or provide speed and safety in the wastelands.

Max’s version of this car has fuel tanks installed on the rear, and an anti-theft, self-destruct device on the under-side.

If you need to get away fast, or to blow through a caravan of Humongous’s goons, this is the vehicle you want to be driving.  Expect to see more of it in the upcoming Mad Max: Fury Road. 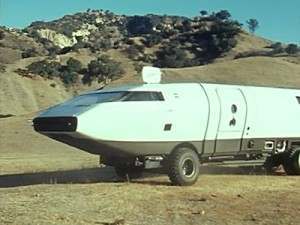 This huge exploratory vehicle of the post-apocalyptic age was featured on a live-action Filmation series that aired on Saturday mornings.

The Ark II comes armed with defensive force-fields, and a back-door which opens to reveal a smaller, more maneuverable craft called a “Roamer.”

Meanwhile, the Ark IIs interior features a nice high-tech kitchen, and scads of computers to help you analyze the air, soil and local wild-life.  The only downside: a talking chimpanzee is your co-pilot. 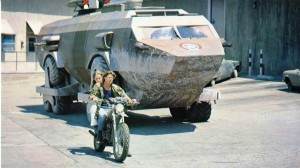 If I had to choose any post-apocalyptic ride, it would be this beauty: the Landmaster.

The Landmaster is a huge amphibious vehicle that, in Damnation Alley survives giant cockroaches in Salt Lake City, a storm in which the Earth shifts its axis, and other post-apocalyptic terrors.

This 12-wheeled armored personnel carrier can travel across the water as well as the desert, and features a dorsal mounted gun of considerable potency.  Although not as high-tech, perhaps, as the Ark II, the Landmaster looks cooler, and has a tougher hide.