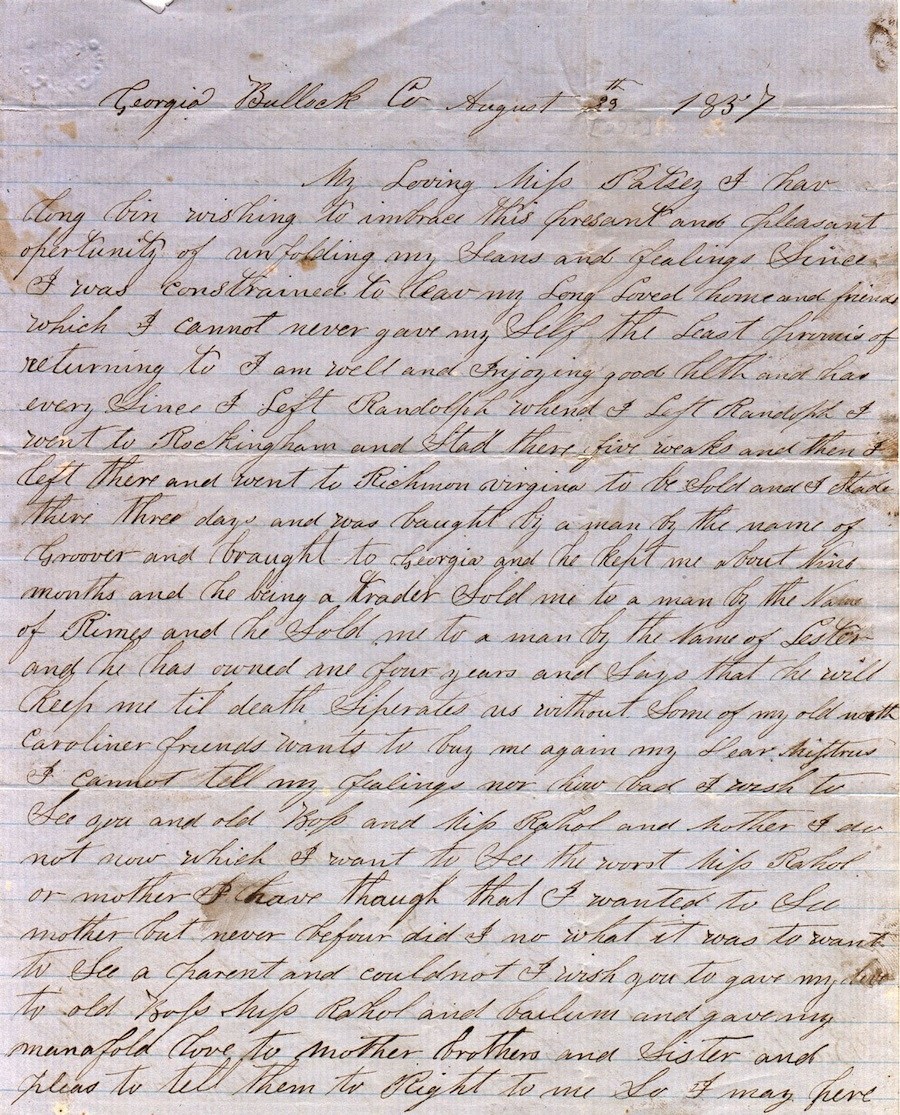 In August 1857, a young slave Vilet Lester wrote a letter to her former mistress, Patsey Patterson, describing “her chain of owners” since she was sold by the Paterson’s. Vilet writes about her life and asks after her fellow slaves, in particular her daughter–who her new “owner” has agreed to buy in order to reunite mother and daughter.

It is a powerful, painful and damning letter of how white Americans once treated their fellow human beings.

I hav long bin wishing to imbrace this presant and pleasant opertunity of unfolding my Seans and fealings Since I was constrained to leav my Long Loved home and friends which I cannot never gave my Self the Least promis of returning to. I am well and this is Injoying good hlth and has ever Since I Left Randolph. whend I left Randolf I went to Rockingham and Stad there five weaks and then I left there and went to Richmon virgina to be Sold and I Stade there three days and was bought by a man by the name of Groover and braught to Georgia and he kept me about Nine months and he being a trader Sold me to a man by the name of Rimes and he Sold me to a man by the name of Lester and he has owned me four years and Says that he will keep me til death Siperates us without Some of my old north Caroliner friends wants to buy me again. my Dear Mistress I cannot tell my fealings nor how bad I wish to See you and old Boss and Mss Rahol and Mother. I do not [k]now which I want to See the worst Miss Rahol or mother I have thaugh[t] that I wanted to See mother but never befour did I [k]no[w] what it was to want to See a parent and could not. I wish you to gave my love to old Boss Miss Rahol and bailum and gave my manafold love to mother brothers and sister and pleas to tell them to Right to me So I may here from them if I cannot See them and also I wish you to right to me and Right me all the nuse. I do want to now whether old Boss is Still Living or now and all the rest of them and I want to [k]now whether balium is maried or no. I wish to [k]now what has Ever become of my Presus little girl. I left her in goldsborough with Mr. Walker and I have not herd from her Since and Walker Said that he was going to Carry her to Rockingham and gave her to his Sister and I want to [k]no[w] whether he did or no as I do wish to See her very mutch and Boss Says he wishes to [k]now whether he will Sell her or now and the least that can buy her and that he wishes a answer as Soon as he can get one as I wis him to buy her an my Boss being a man of Reason and fealing wishes to grant my trubled breast that mutch gratification and wishes to [k]now whether he will Sell her now. So I must come to a close by Escribing my Self you long loved and well wishing play mate as a Servant until death
Vilet Lester
of Georgia
to Miss Patsey Padison
of North Caroliner
My Bosses Name is James B Lester and if you Should think a nuff of me to right me which I do beg the faver of you as a Sevant direct your letter to Millray Bullock County Georgia. Pleas to right me So fare you well in love. 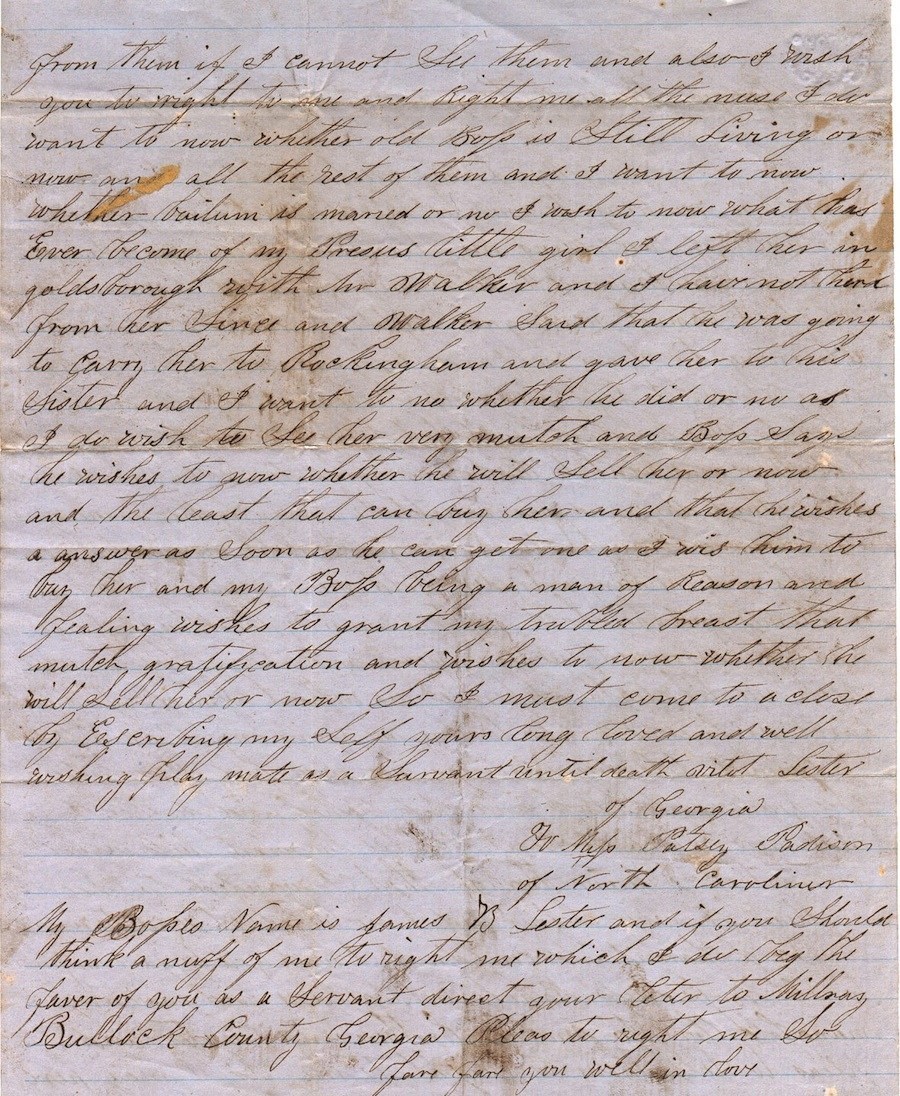