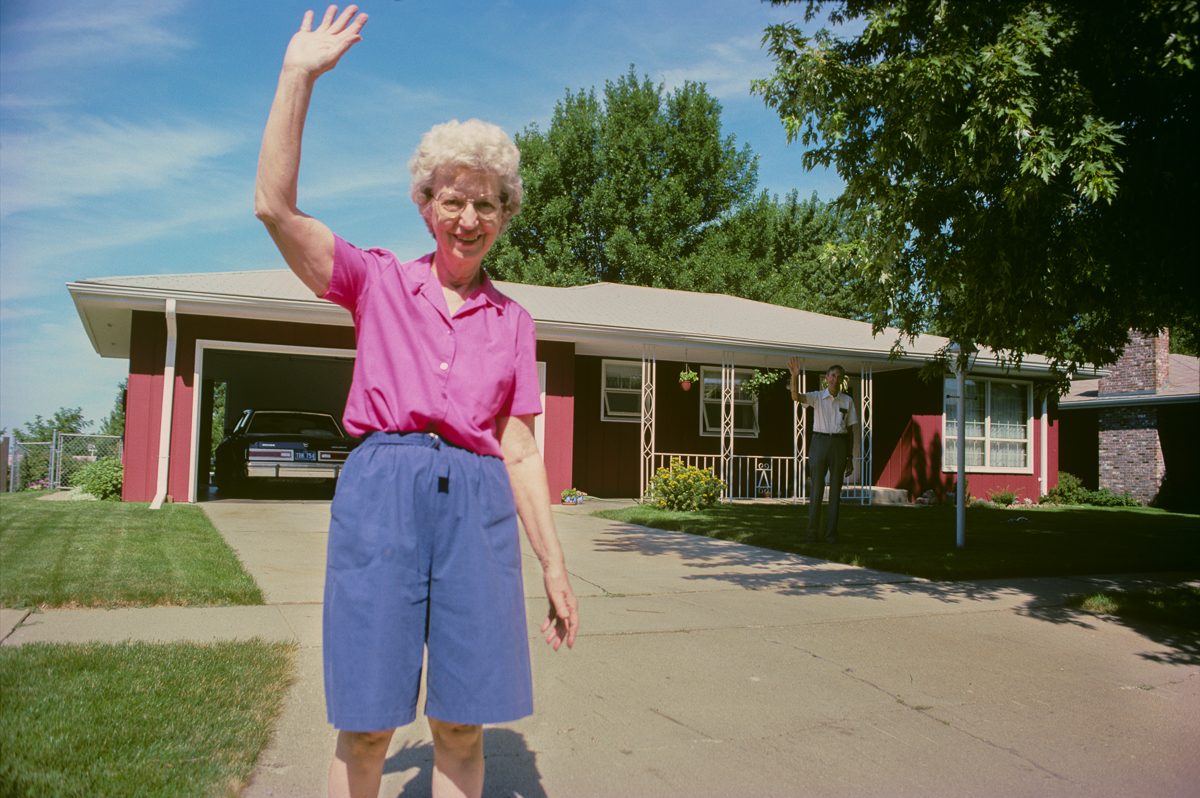 From the off, you get it. Anyone who ever left their childhood home and returned only to say goodbye after a short stay knows the feelings leaving brings. If you’ve young children, they’ll most likely wave through the car’s rear view window at their grandparents until the olds disappear from view. The grandparents never leave first. They always wave back. You’d like to think they’re still waving as you power down the road towards your new home, flicking the radio on and wondering what you missed in the real world of people who buy new things for the home and expand. They don’t. Nothing stays the same. Deanna Dikeman returned home to see her parents in Sioux City, Iowa. And when she left they walked with her outside to the edge of their shared world and waved her goodbye. Deanna, an artist in Kansas City and Columbia, Missouri, realised these fleeting moments were ripe with emotion, when air hangs taught and thin over the loved ones like a soap bubble at the point of bursting before time intervenes and makes everything move on. So she took a photograph. She took one every time she left her parents home. 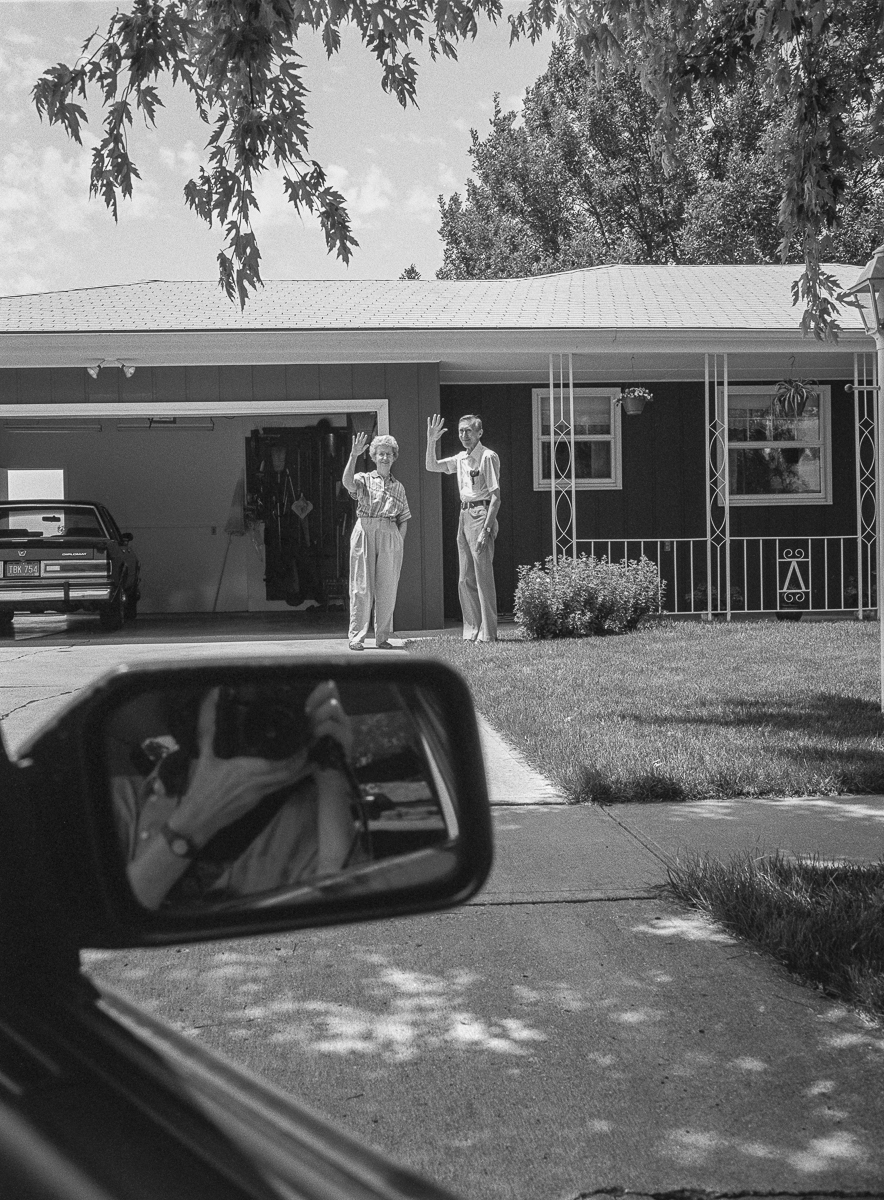 “For 27 years, I took photographs as I waved goodbye and drove away from visiting my parents at their home in Sioux City, Iowa,” Deanna writes. “I started in 1991 with a quick snapshot, and I continued taking photographs with each departure. I never set out to make this series. I just took these photographs as a way to deal with the sadness of leaving. It gradually turned into our good-bye ritual. And it seemed natural to keep the camera busy, because I had been taking pictures every day while I was there. These photographs are part of a larger body of work I call Relative Moments, which has chronicled the lives of my parents and other relatives since 1986. When I discovered the series of accumulated ‘leaving and waving’ photographs, I found a story about family, aging, and the sorrow of saying good-bye.

“In 2009, there is a photograph where my father is no longer there. He passed away a few days after his 91st birthday. My mother continued to wave good-bye to me. Her face became more forlorn with my departures. In 2017, my mother had to move to assisted living. For a few months, I photographed the good-byes from her apartment door. In October of 2017 she passed away. When I left after her funeral, I took one more photograph, of the empty driveway. For the first time in my life, no one was waving back at me.” 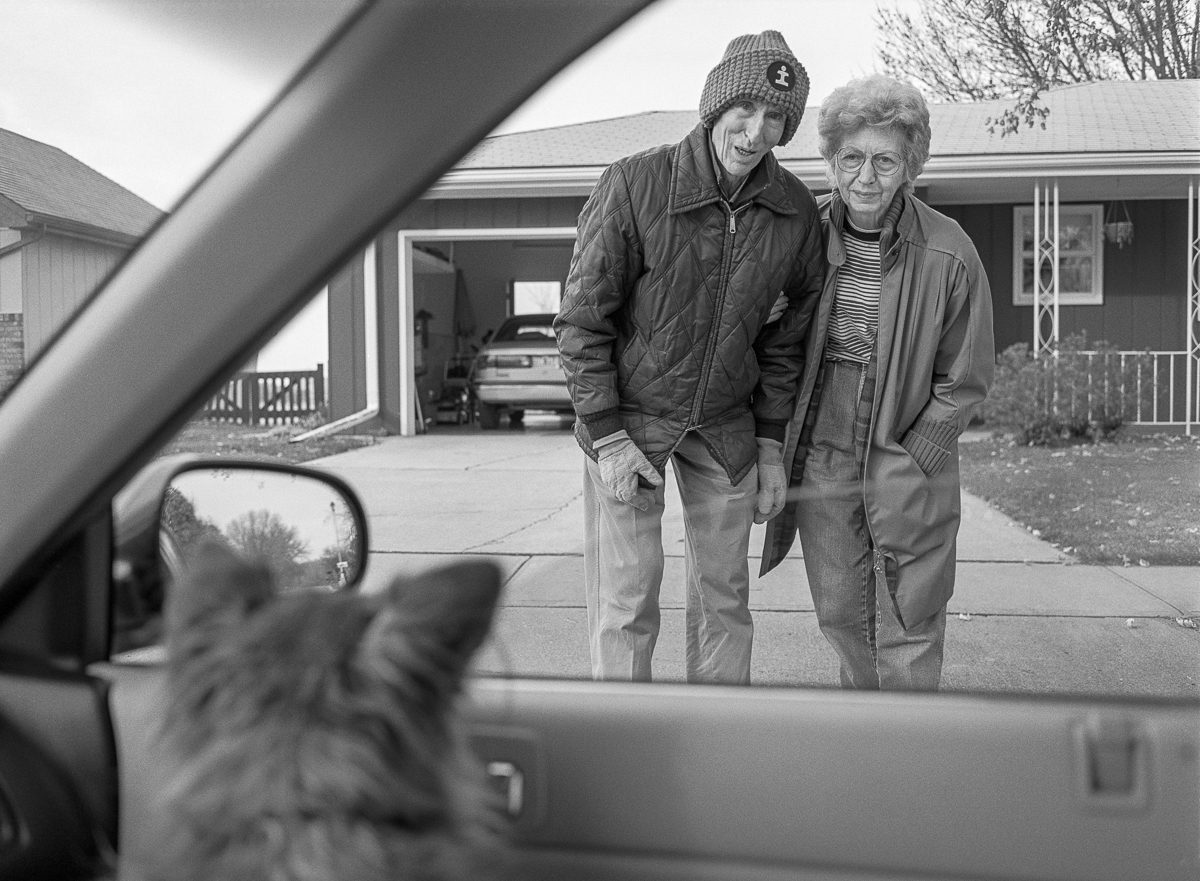 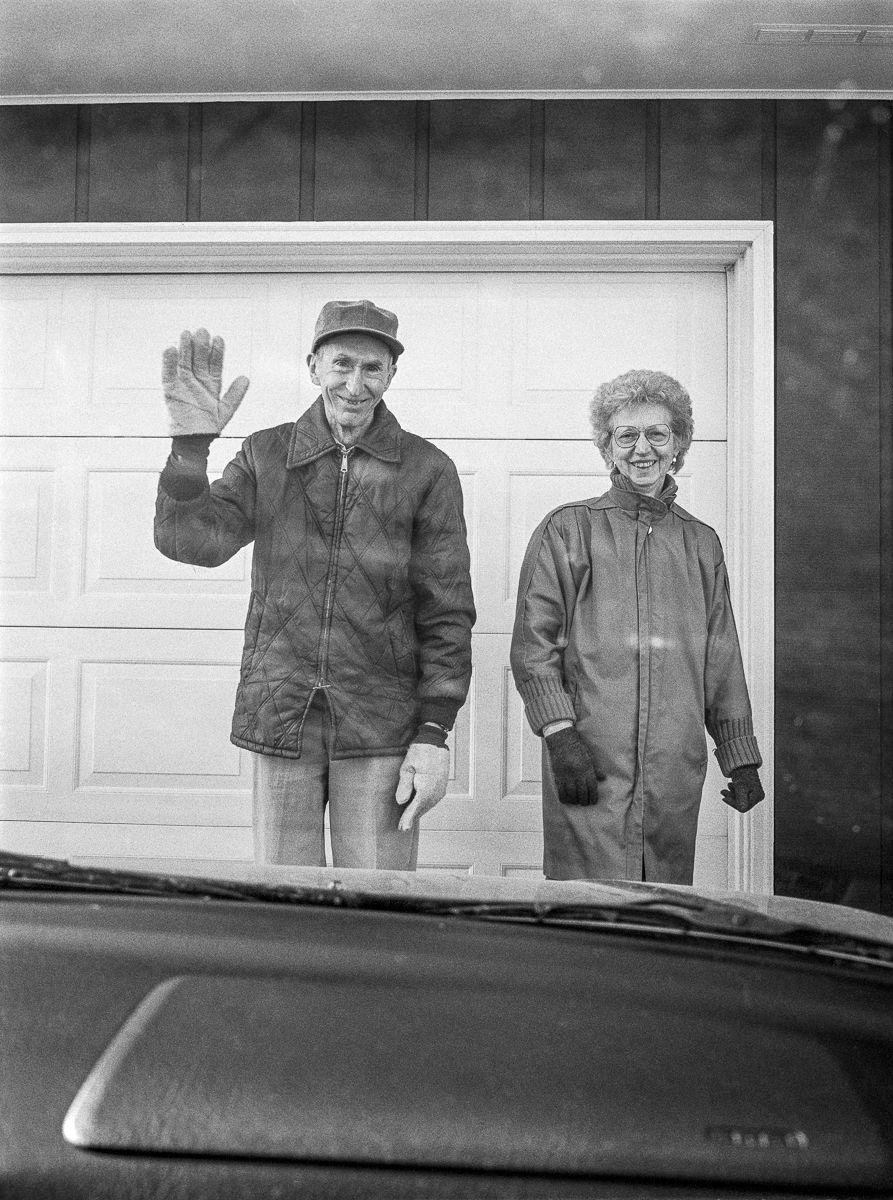 Like Simon Bray’s Loved & Lost in which participants were asked to find a photograph of themselves with their lost loved one and return to the location of the original photograph to replicate the image, we search for who isn’t there.

At first glance, my eye was drawn towards Deanna’s father. What a terrific smile. His is a look of guileless love, that ocean-deep love that swamps parenthood and you never understand until it arrives because you forgot your formative years when they held your naked body, wiped your nose and silently watched you sleep. And then there’s Deanna’s mother. Well, you put your own spin and sense on these kind of things, of course – and I might be seeing what I want to see – but she’s there for him and then she’s there for Deanna. Her face expresses so much. She’s sorry anyone has to go but is accepting of it. The old make way for the young.

I shared my thoughts with Deanna. Her single images serried by passing years swerve the trap of mawkish sentimentality and touch on enduring truths. And – yep – one image brought a tear. “Yes my father’s smile was kind and generous,” she told me.”He knew I had to drive away that day to go back to my home. My mother’s smile usually had a touch more sadness at my (and later my son) leaving that day. She almost always cried a few tears before I got into the car. Yes, Mom was there for Dad and was pretty lost after he passed away. It made my goodbyes so much harder. Her face showed more emotion I think. December 2009 was the first Christmas without Dad around. It was a difficult good-bye that day. If it brought a tear to your eye, then you understand it all.” 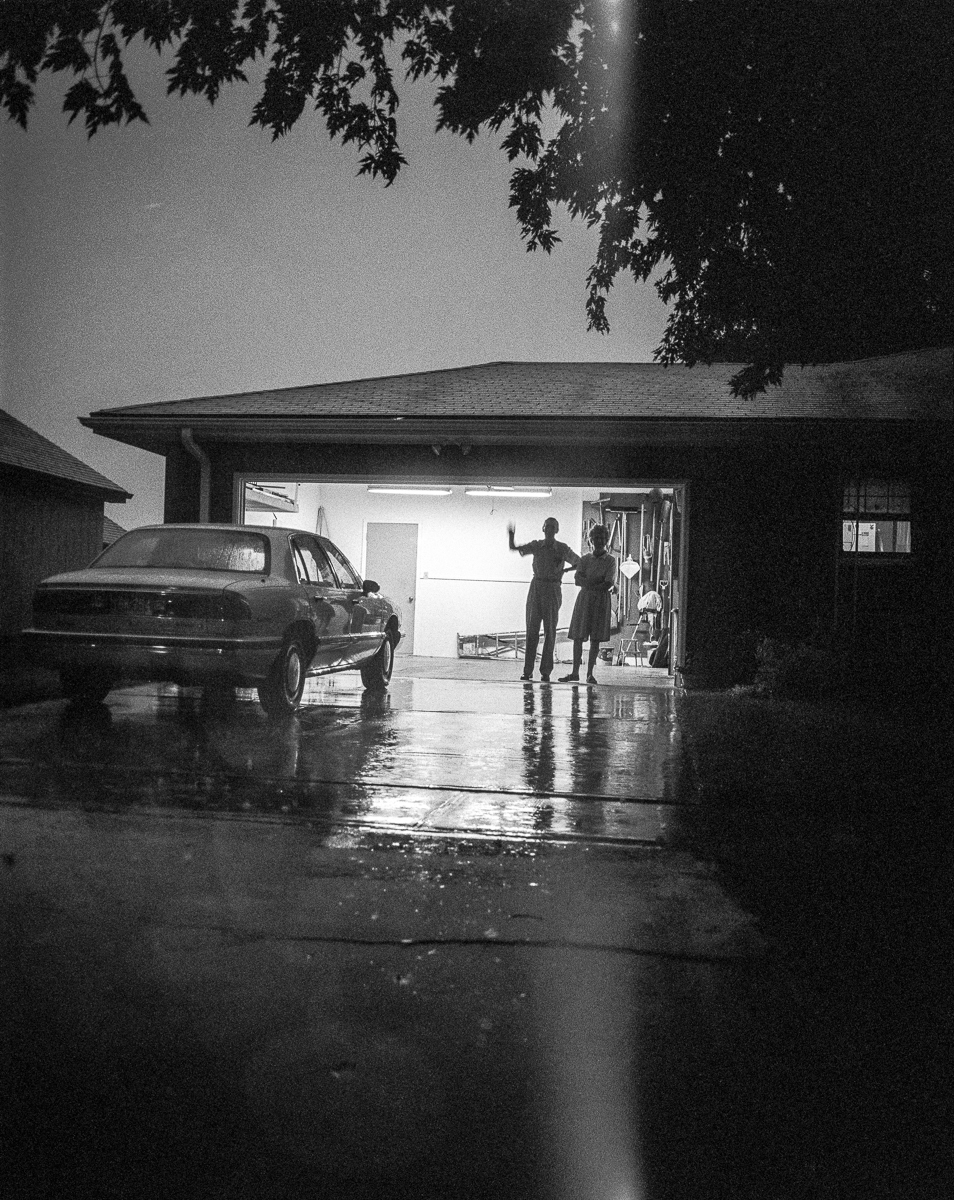 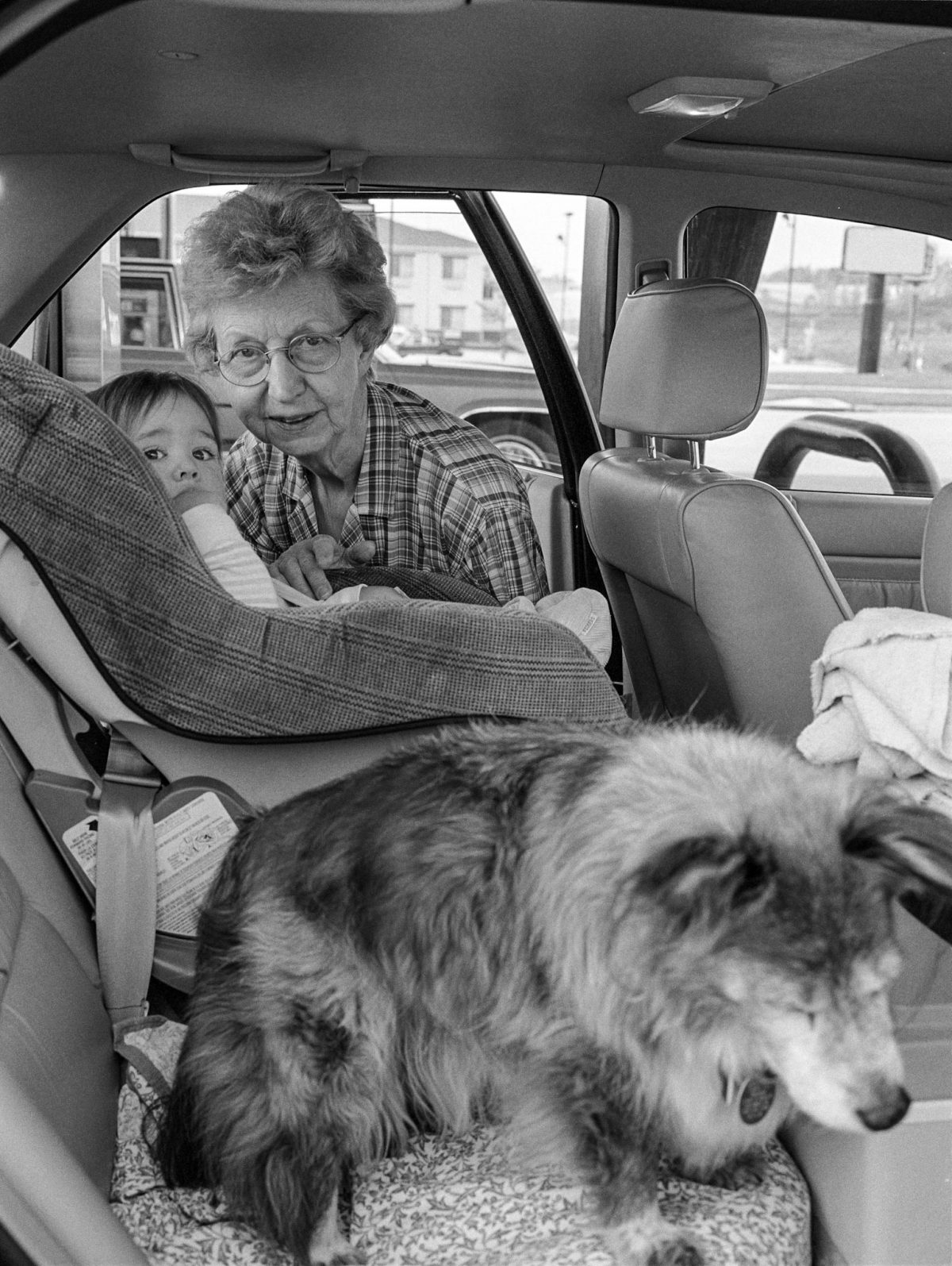 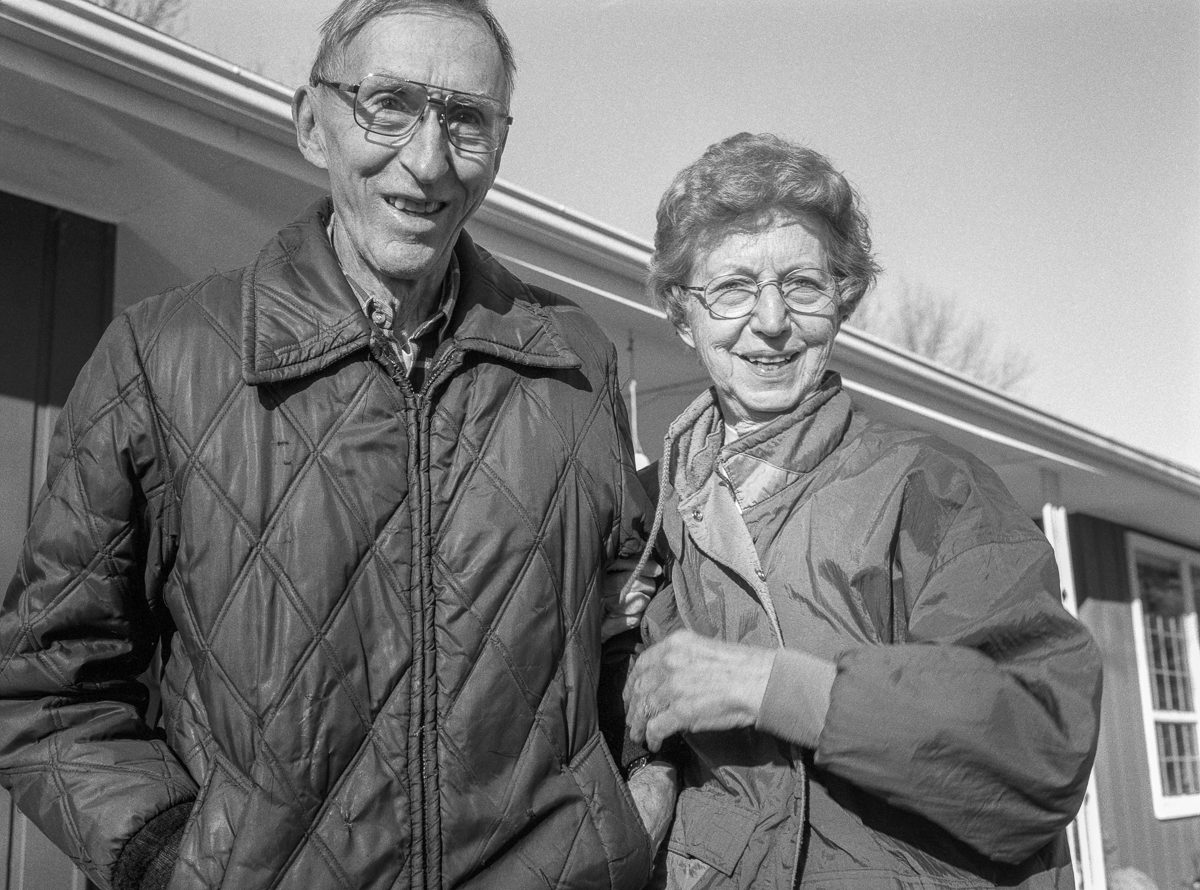 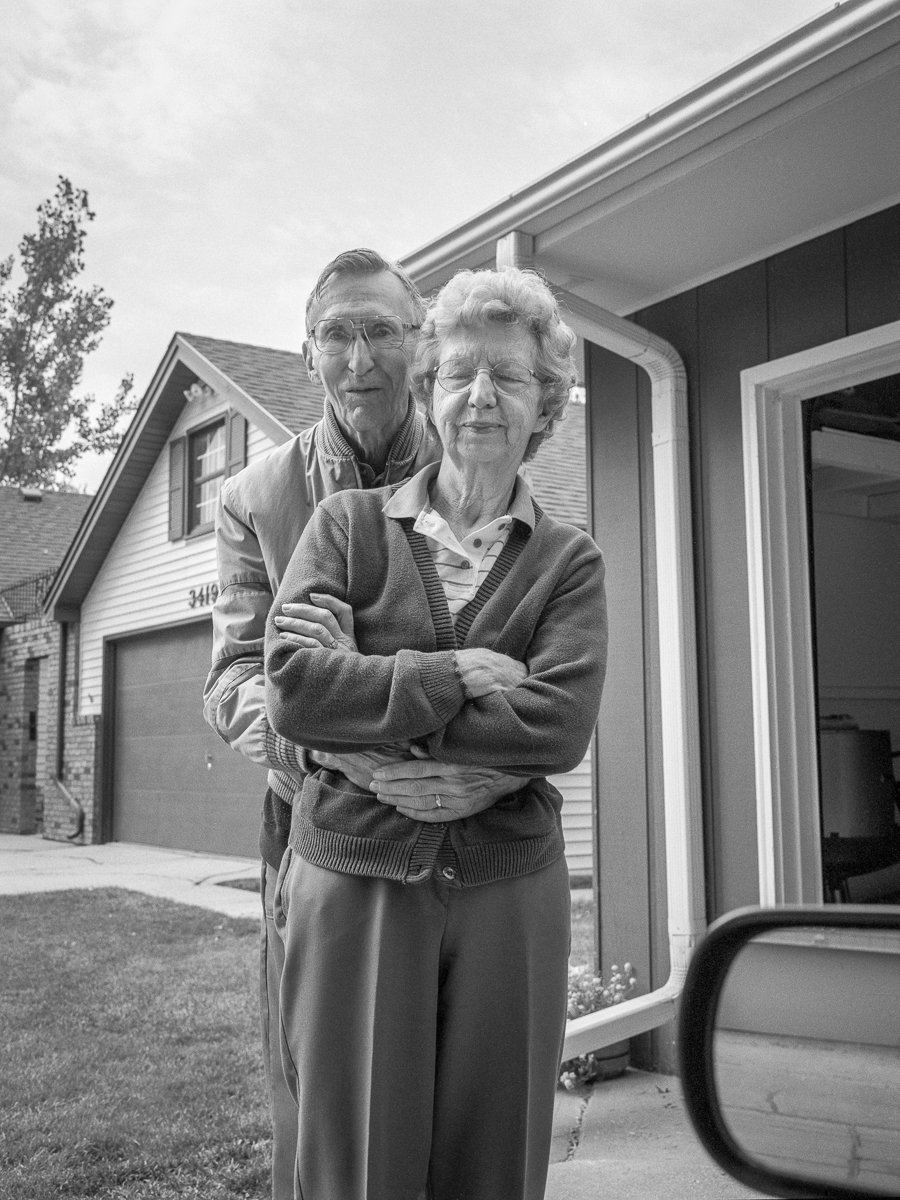 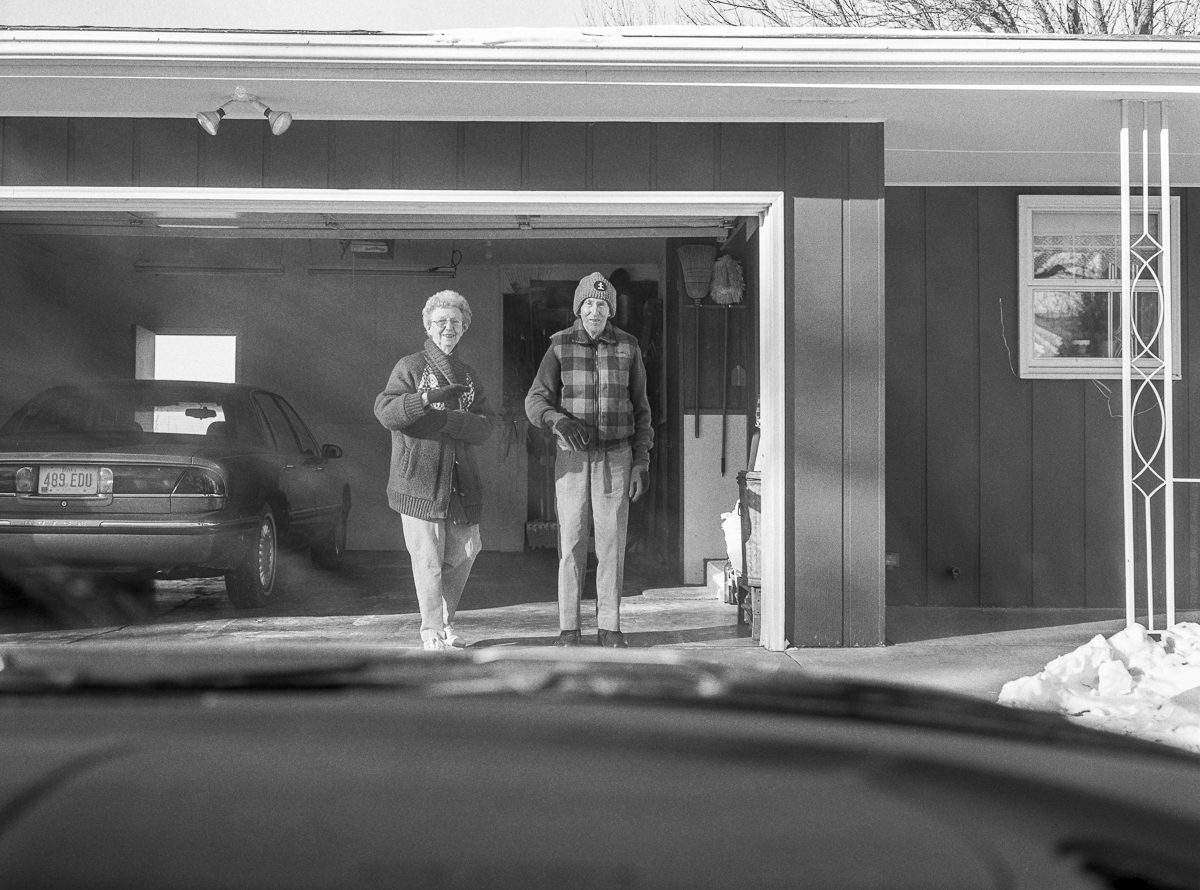 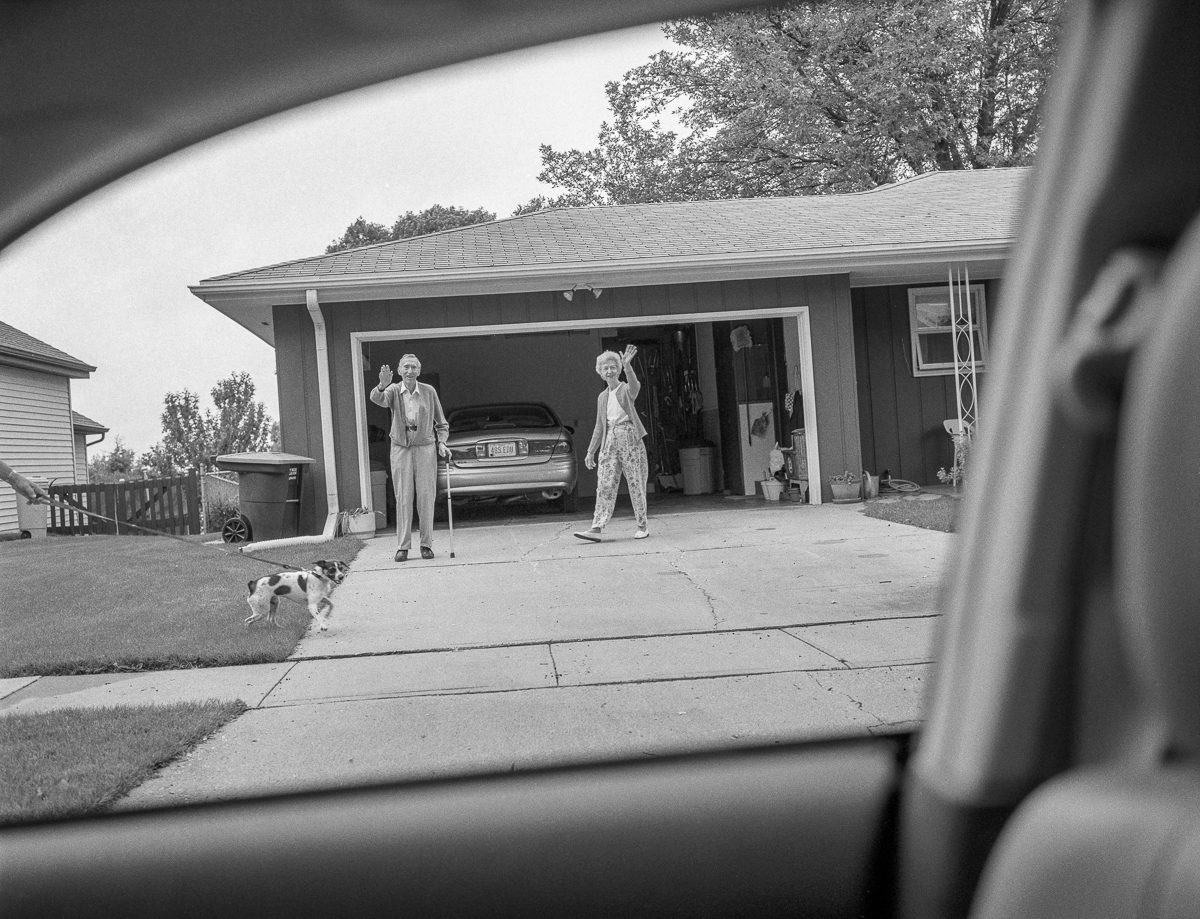 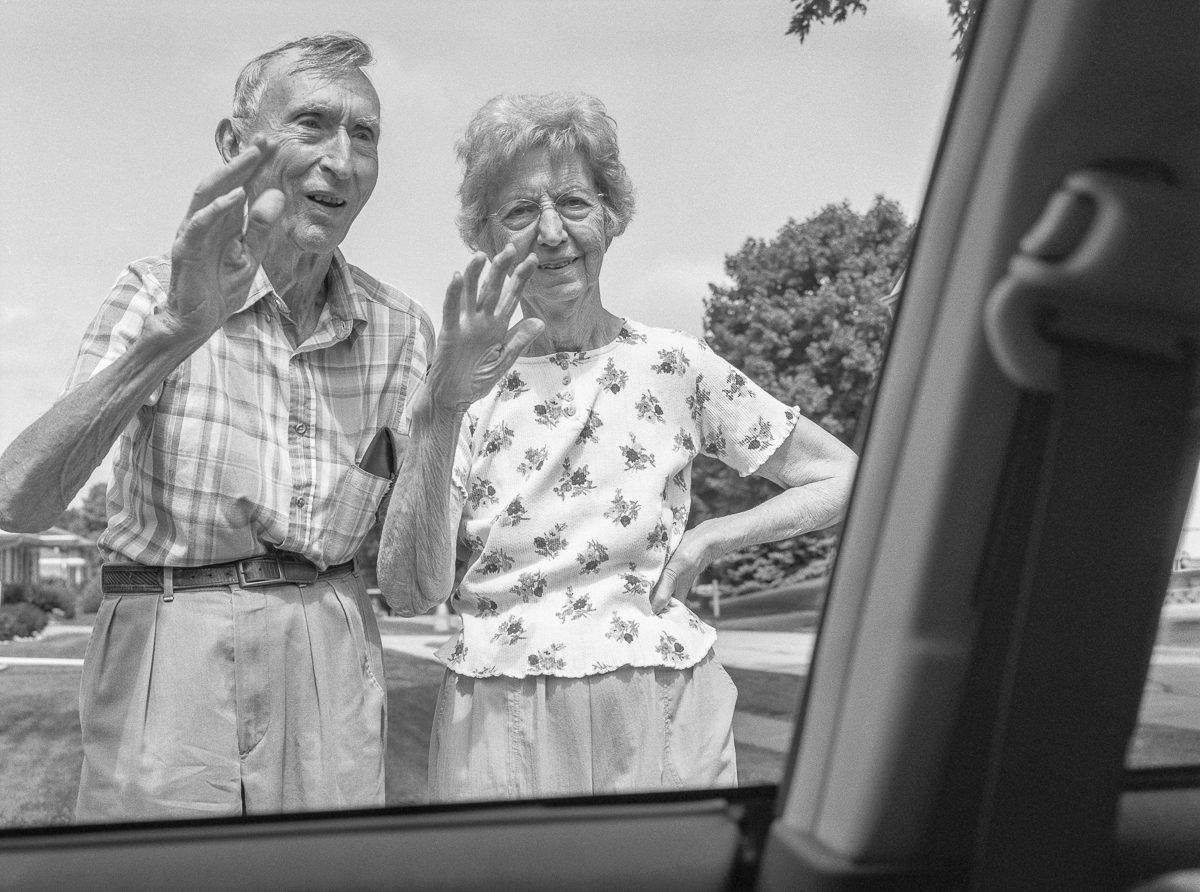 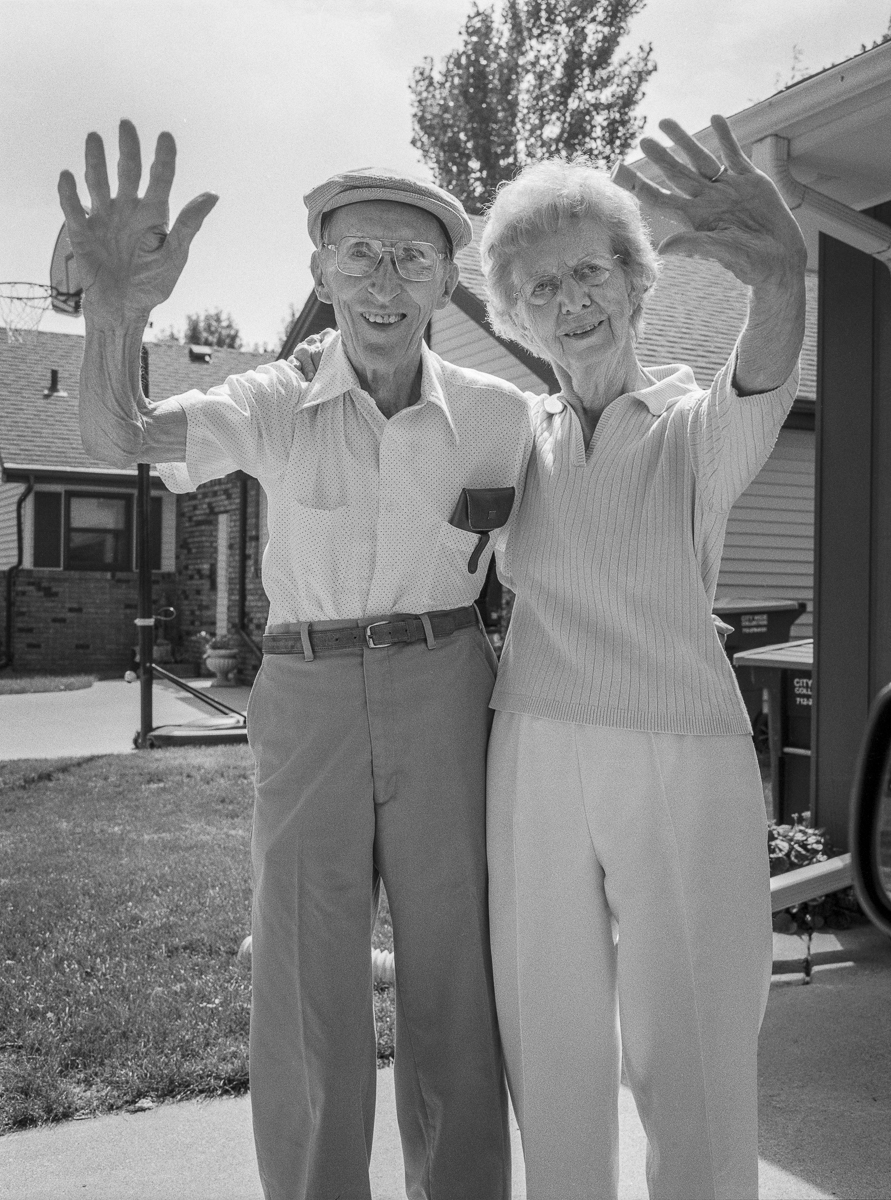 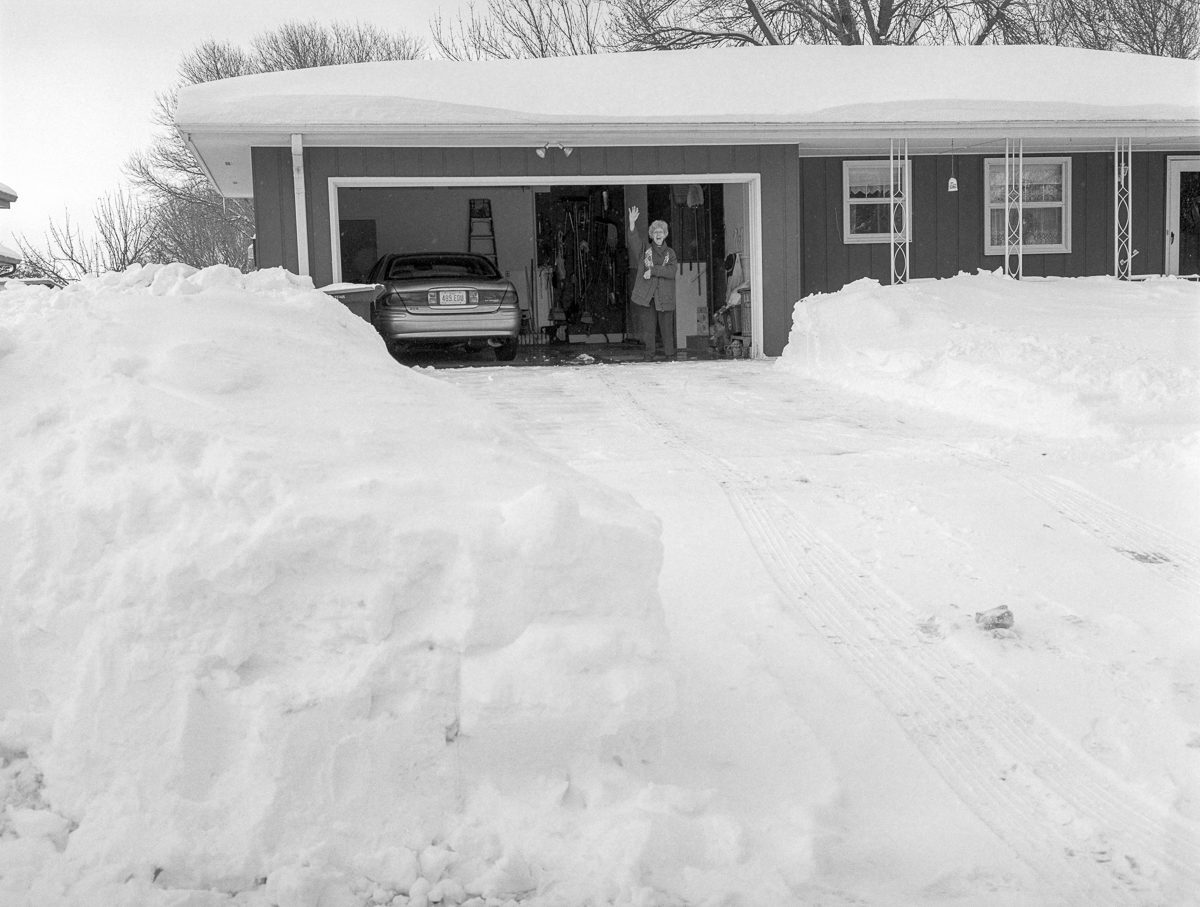 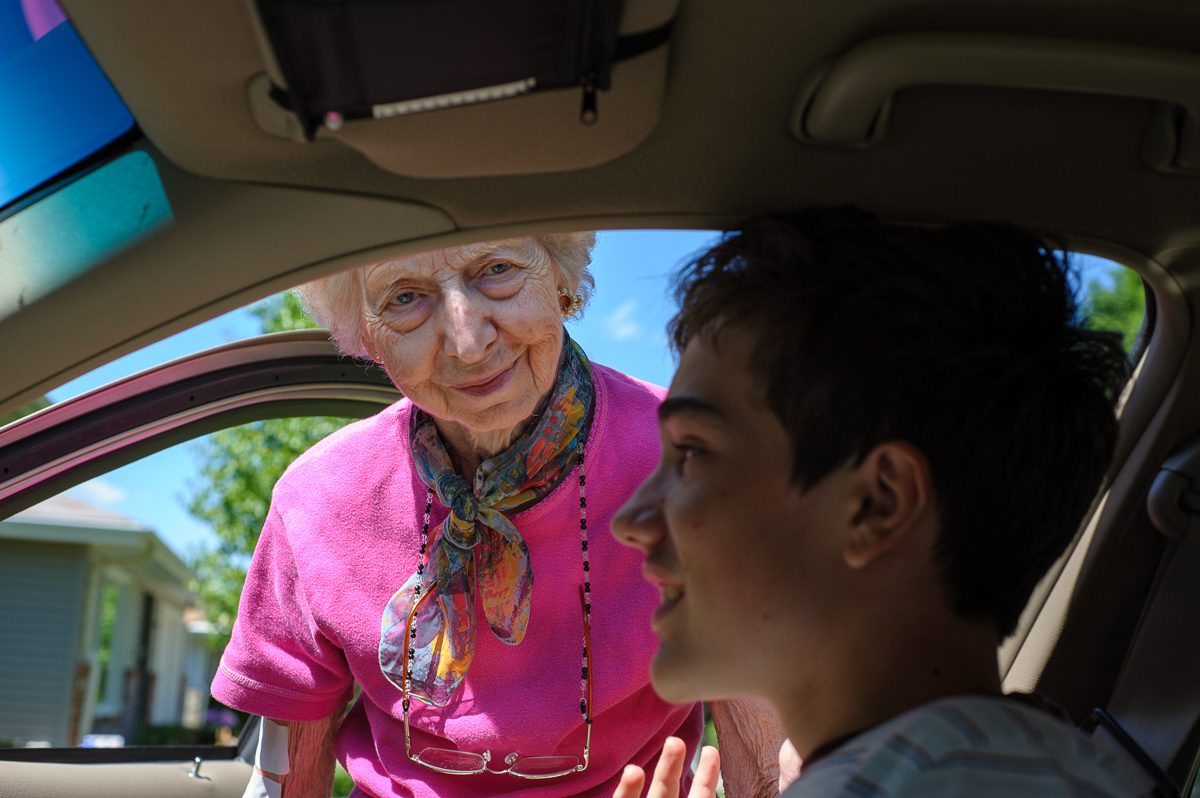 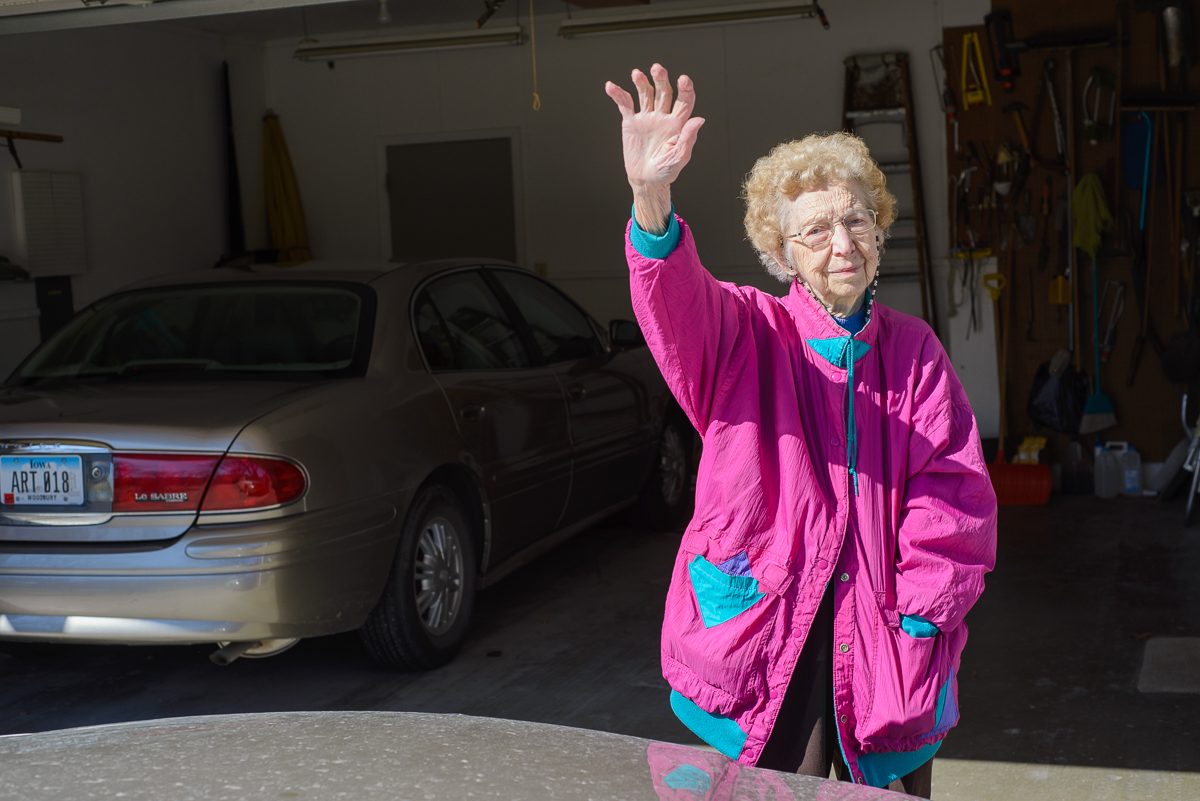 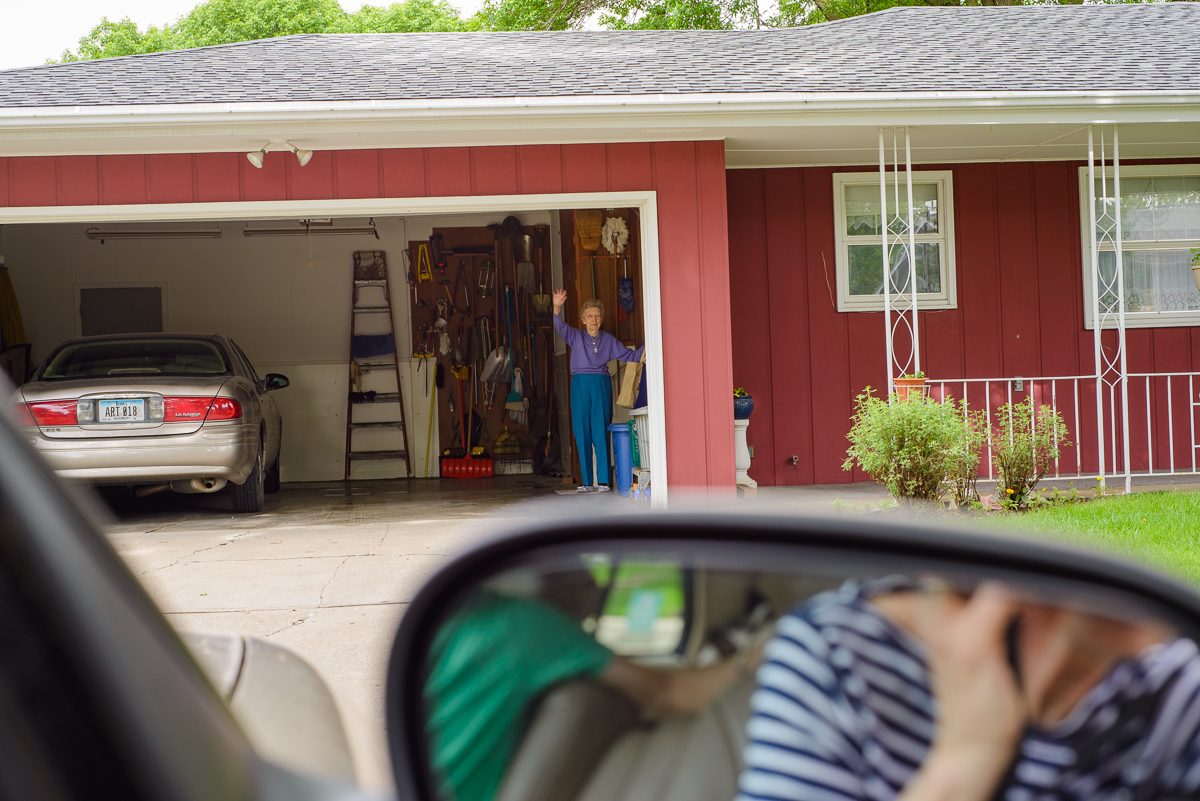 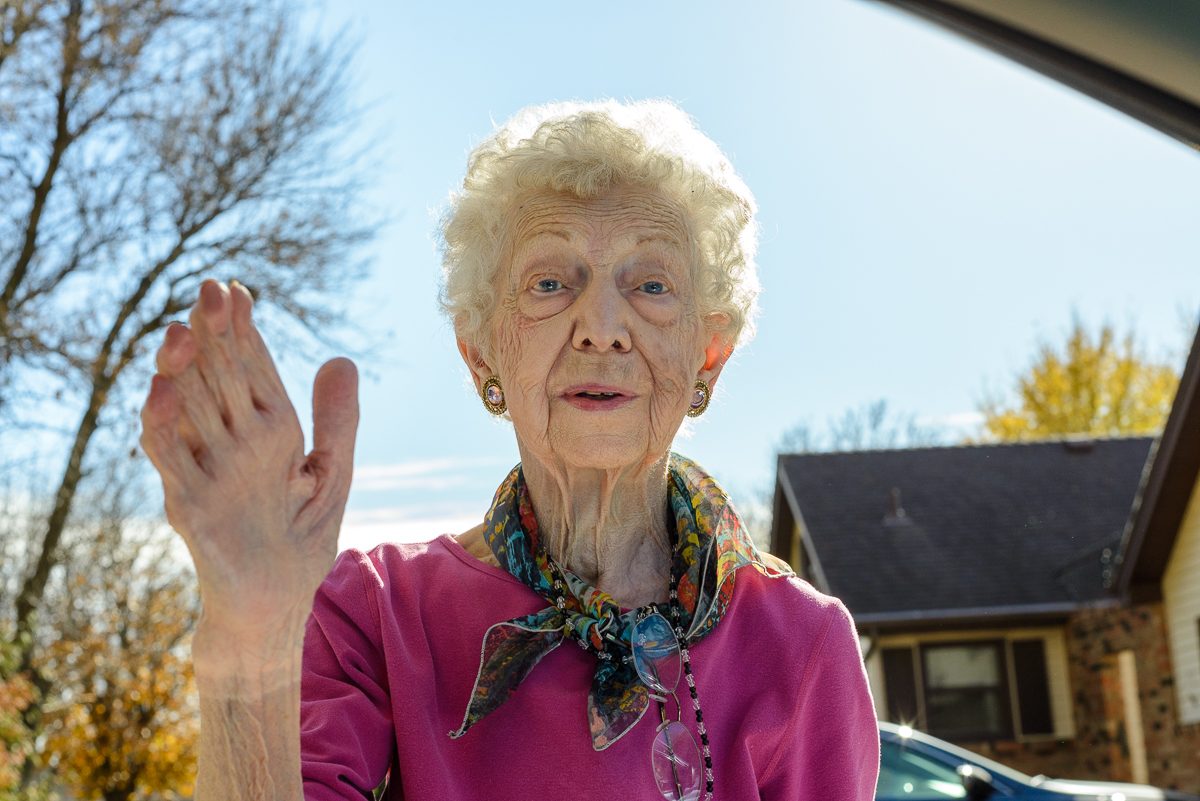 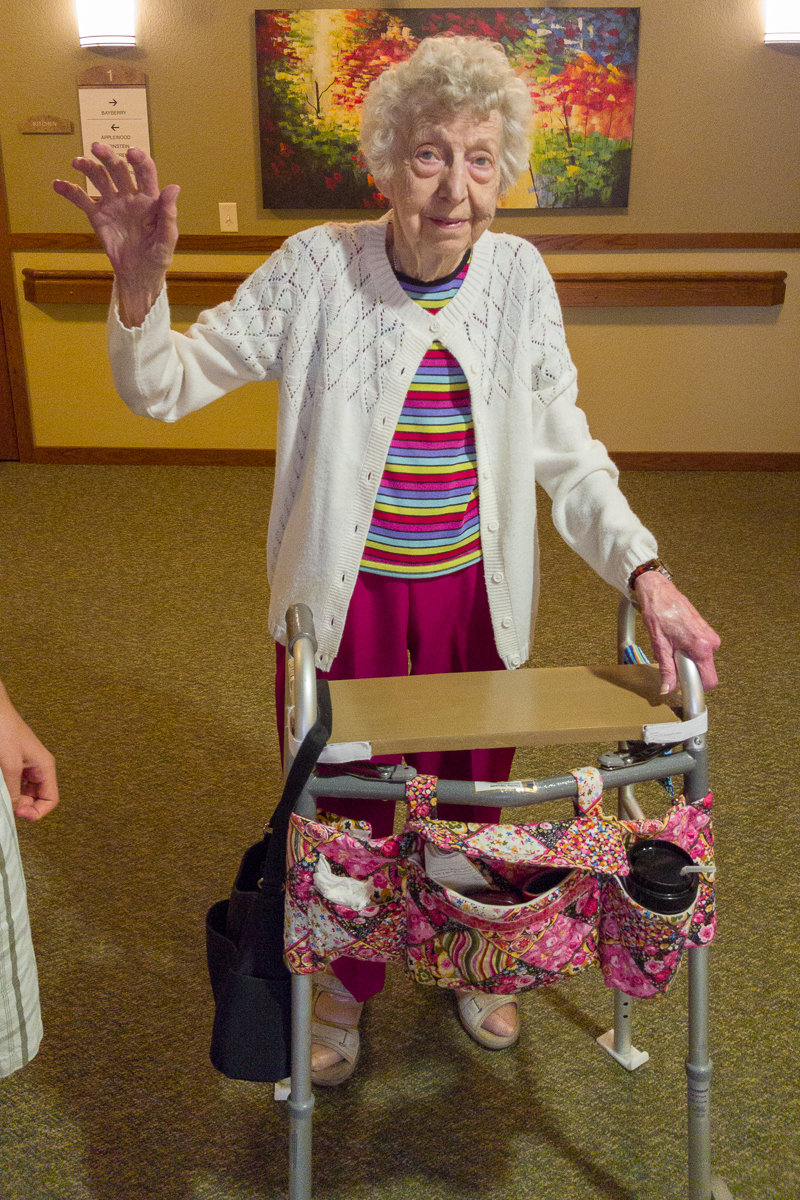 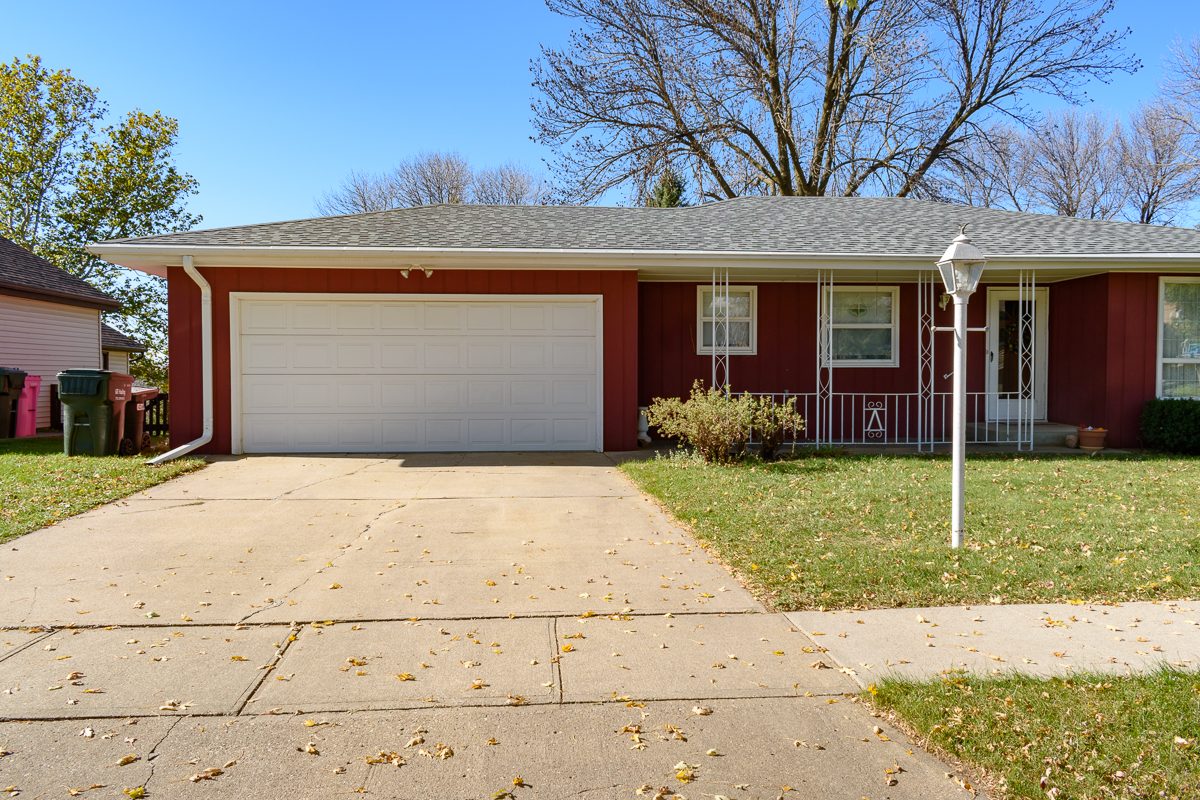