Before his Muppets made it big, between 1957 and 1961 Jim Henson created 179 ten-second adverts for Washington DC’s Wilkins Coffee. These commercials featured Wilkins, a violent, happy and sadistic habitual coffee drinker, with more than a passing resemblance to even-tempered Kermit, who mocks, kills and maims a coffee doubter, the prototype Cookie Monster-Beaker hybrid named Wontkins. 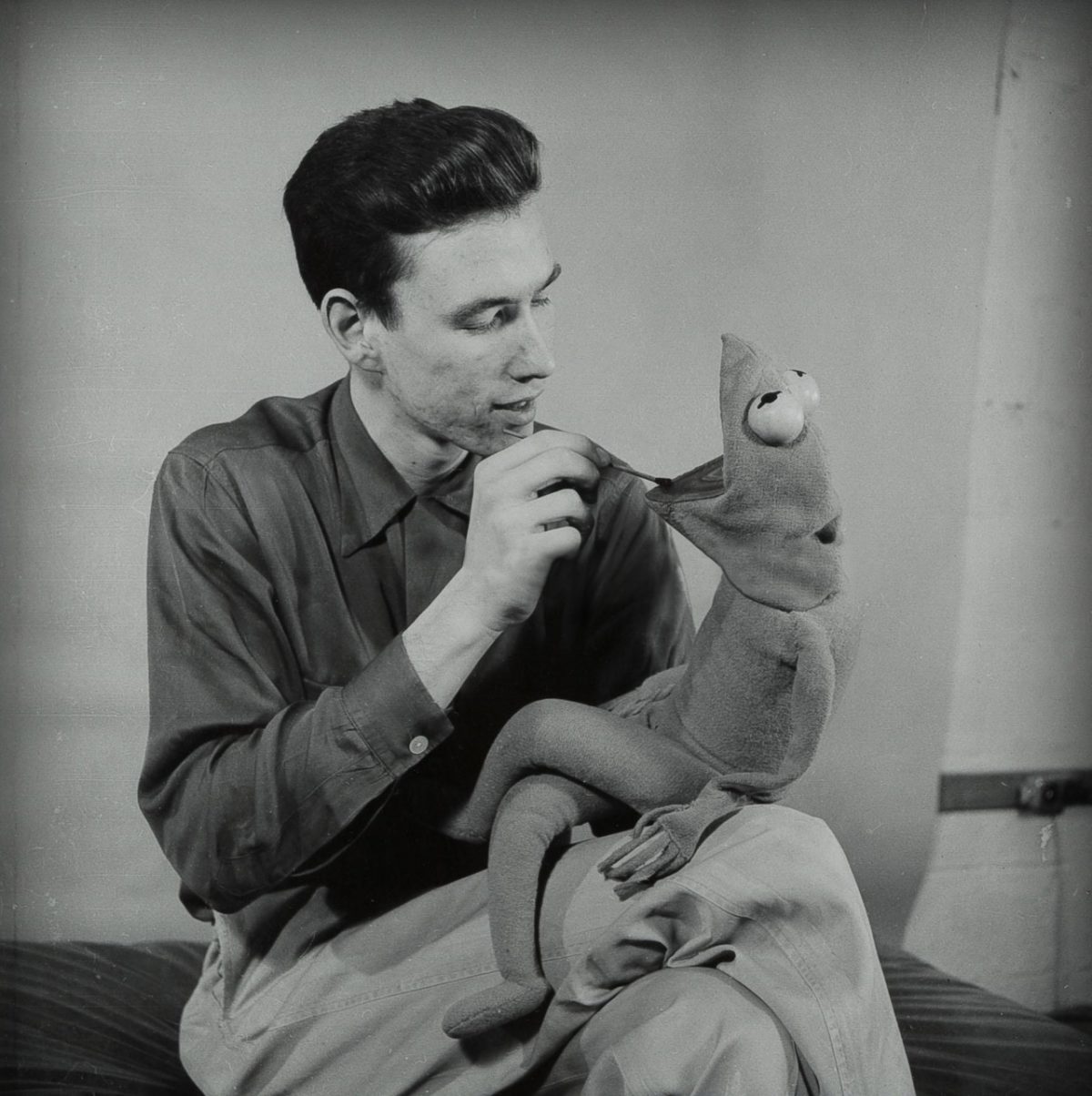 The company’s slogan was ‘Try Wilkins Coffee – It’s Just Wonderful!’ but under Henson’s mastery that became the aphorism, ‘Drink our coffee, or die.’ Titles like Canon Ball, Boxing Glove, Close Shave, Guillotine, Steamroller, Tar and Feathers, Anti-Violence League and William Tell give us more than hint of what to expect.

Henson, who voiced both characters, explained: “We took a different approach. We tried to sell things by making people laugh.” (Source: Christopher Finch’s Of Muppets and Men: The Making of the Muppet Show

The Muppets Wiki tells us:

“The local stations only had ten seconds for station identification, so the Muppet commercials had to be lightning-fast–essentially, eight seconds for the commercial pitch and a two-second shot of the product.”

The ads were a hit. In October 1958, customers with $1 and a coffee can label could order vinyl puppets of Wilkins and Wontkins.”Hey Kids! I’m Wilkins—he’s Wontkins,” said the label. “You see us on TV!” 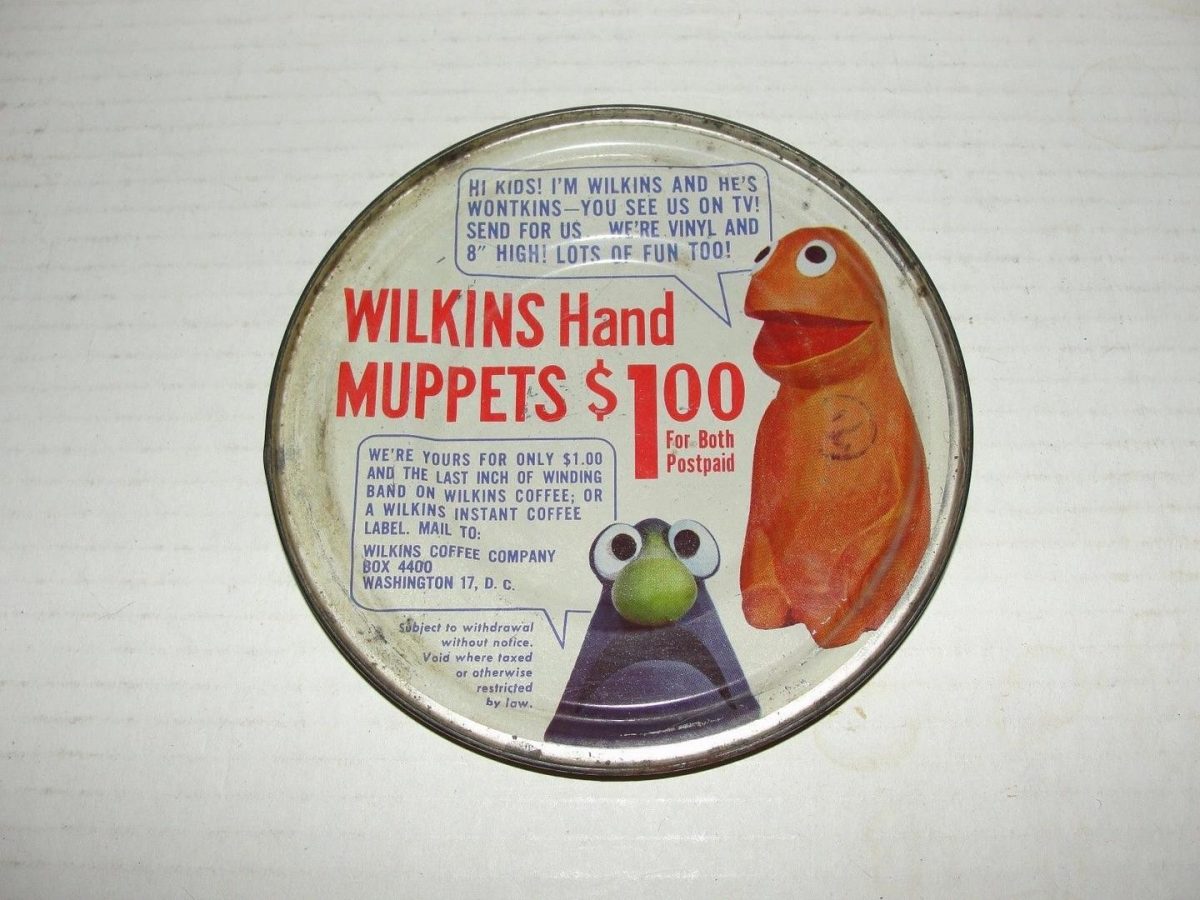 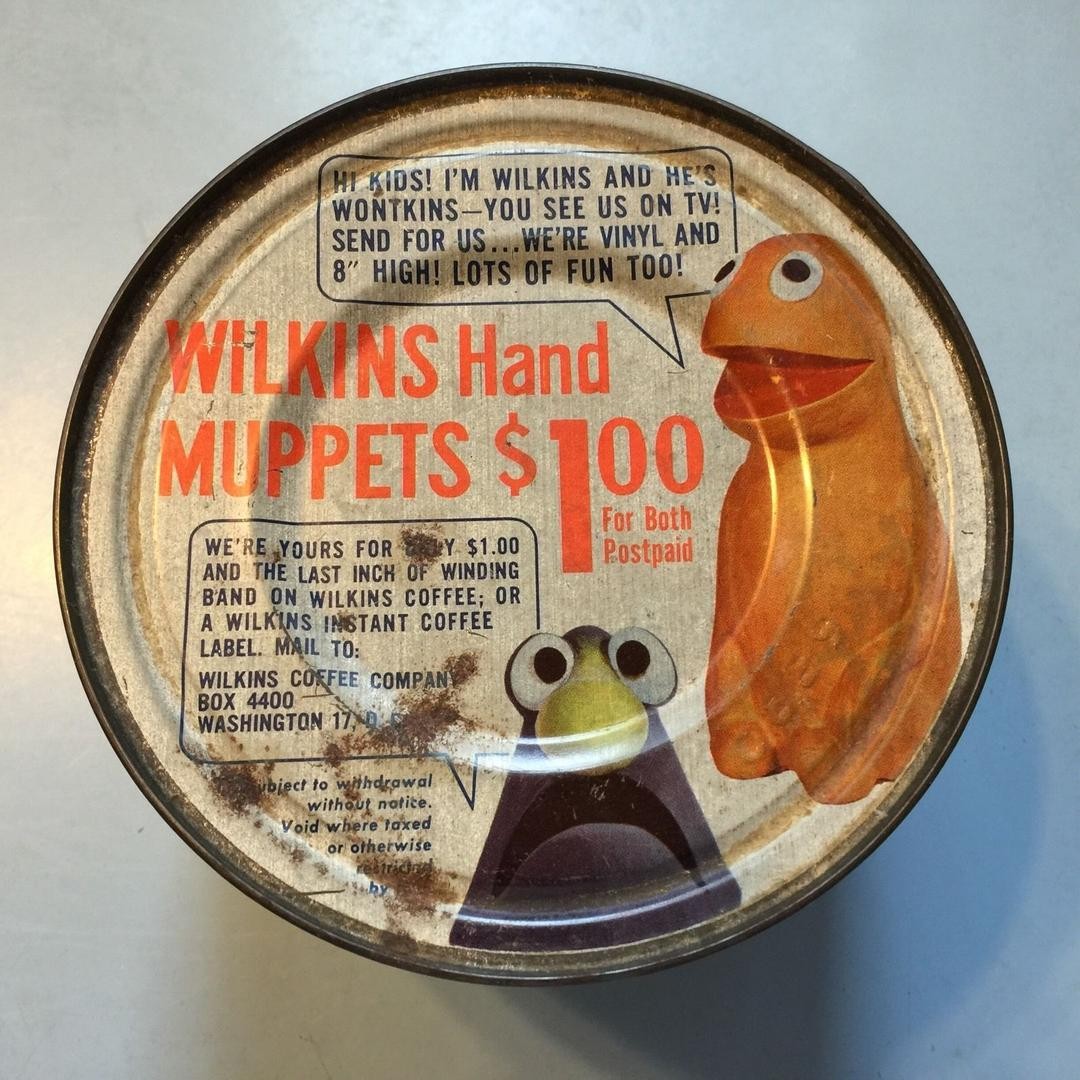 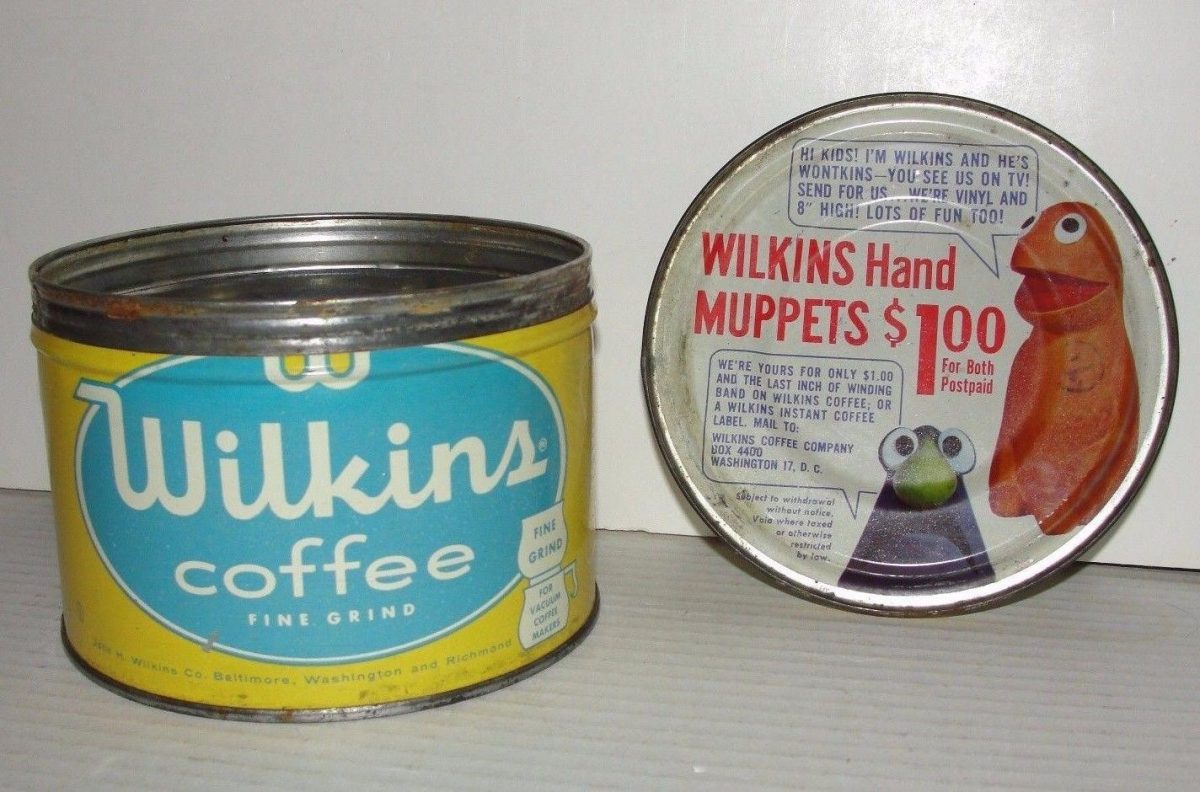 “In terms of popularity of commercials in the Washington area,” said Henson in a 1982 interview with Judy Harris, “we were the number one, the most popular commercial.”

Henson’s ad agency began marketing the idea to other regional coffee companies around the country. Henson re-shot the same spots with different brand names. “I bought my contract from that agency,” said Henson, “and then I was producing them–the same things around the country. And so we had up to about a dozen or so clients going at the same time. At the point, I was making a lot of money.”

He deserved every penny. The ads are terrific. My favorite is the advert 58seconds in: 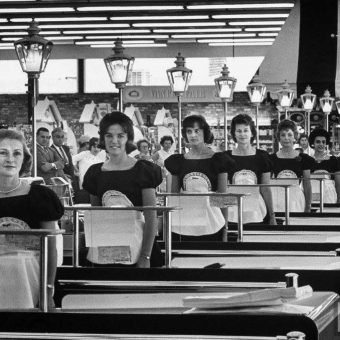 ‘Pile it High, Sell it Low’: The Saga of the Supermarket