“I can only note that the past is beautiful because one never realises an emotion at the time. It expands later, and thus we don’t have complete emotions about the present, only about the past.”
— Virginia Woolf, The Diary of Virginia Woolf, Volume Three: 1925-1930 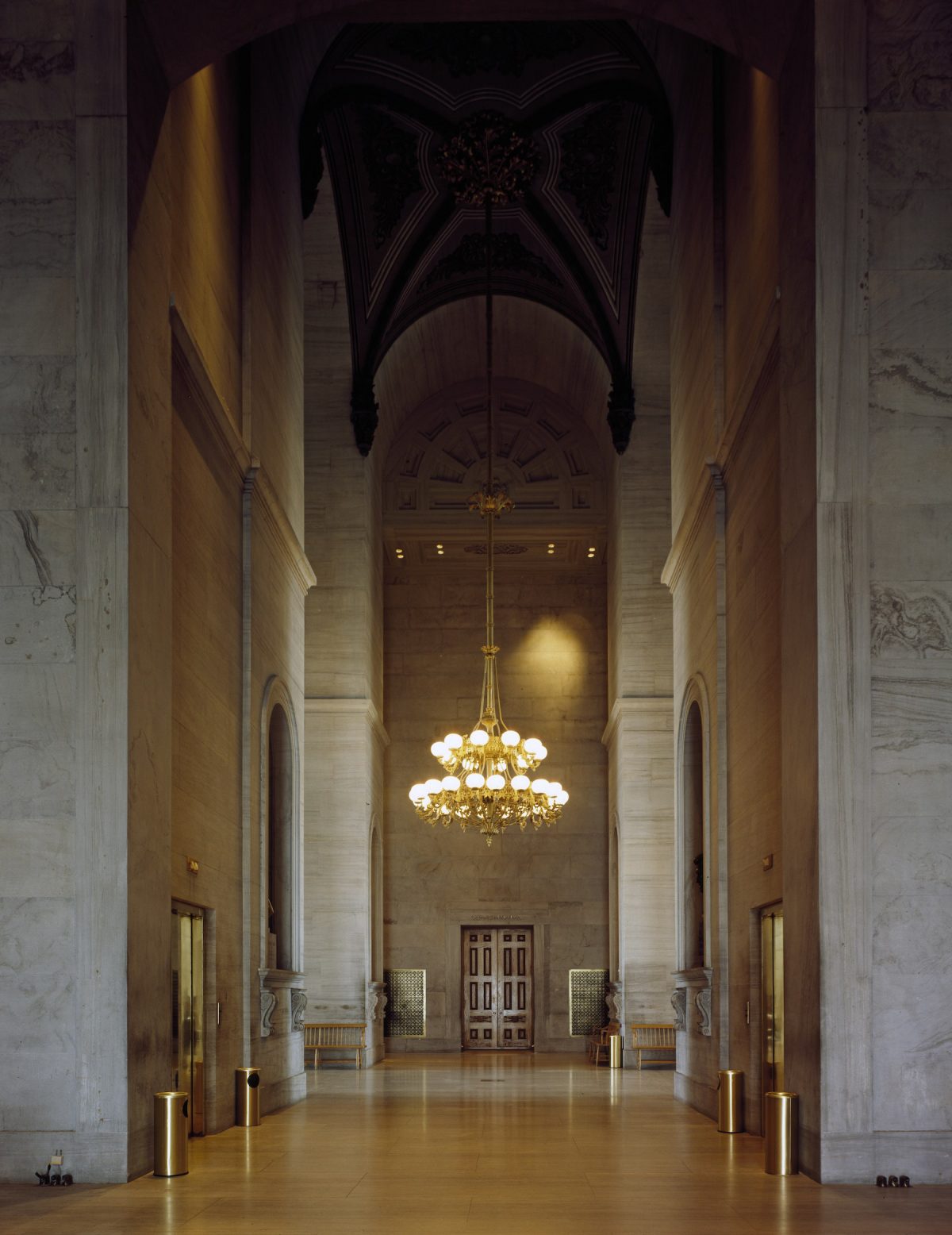 Hallway at the Capitol, Nashville, Tennessee.

In the 1980s, photographer Carol M. Highsmith began documenting the Willard Hotel in Washington D.C. This Beaux-Arts building was in a dreadful state, rotten floors, crumbling walls, with “rats as big as cats” and old tramp wandering round setting fires on the sixth floor.

Highsmith’s photographs led to the building being saved and reopened in 1986. With no consideration to making money or even eating, Highsmith was driven by the thought “[I]f this can happen to America’s Main Street, what other buildings are decaying that we don’t even know about, and who’s documenting them?”

The majority of our life is lived undercover – in homes, workspaces, shops, bars, restaurants, clubs, banks, churches, hospitals, and prisons. For the past thirty years, Highsmith has been documenting “Disappearing America” capturing as much of the country and its buildings before they are gone.

I work every day with a heartfelt commitment to document the living history and built environment of our times. I consider my work an indestructible record of our vast nation, including sites that are fast fading, even disappearing, in the wake of growth, development, and decay.

Among the many thousands of photographs Highsmith has taken is a series of pictures documenting halls in buildings across America. These photographs unpick a secret narrative of how architecture shapes the way we behave in buildings.

The hall at the Capitol, Nashville, Tennessee looks like the interior of a church. Its high, solemn walls impose reverence. The subdued lighting looks like a cross. The hallway at the Ed Edmondson Court House, Muskogee, Oklahoma, looks like a row of pews outside of a confessional. Witnesses called to ‘fess their sins before a judge passes sentence. The long austere white prison corridor with its high windows reminding inmates of the life going on without them. All of these spaces have been designed with the intention, as Goethe once noted about classical architecture, of giving people “a higher conception of themselves and a sense of the truly noble.” 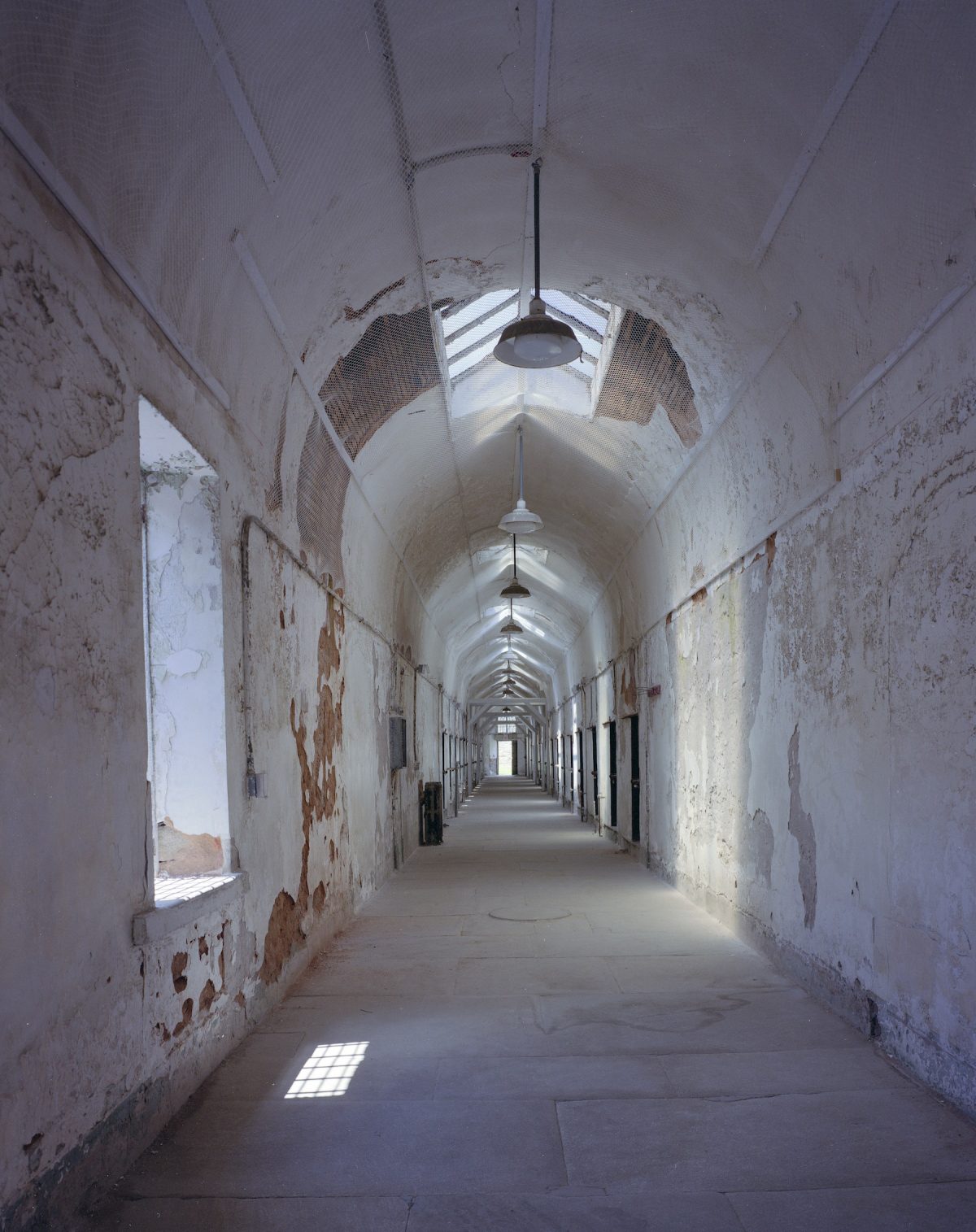 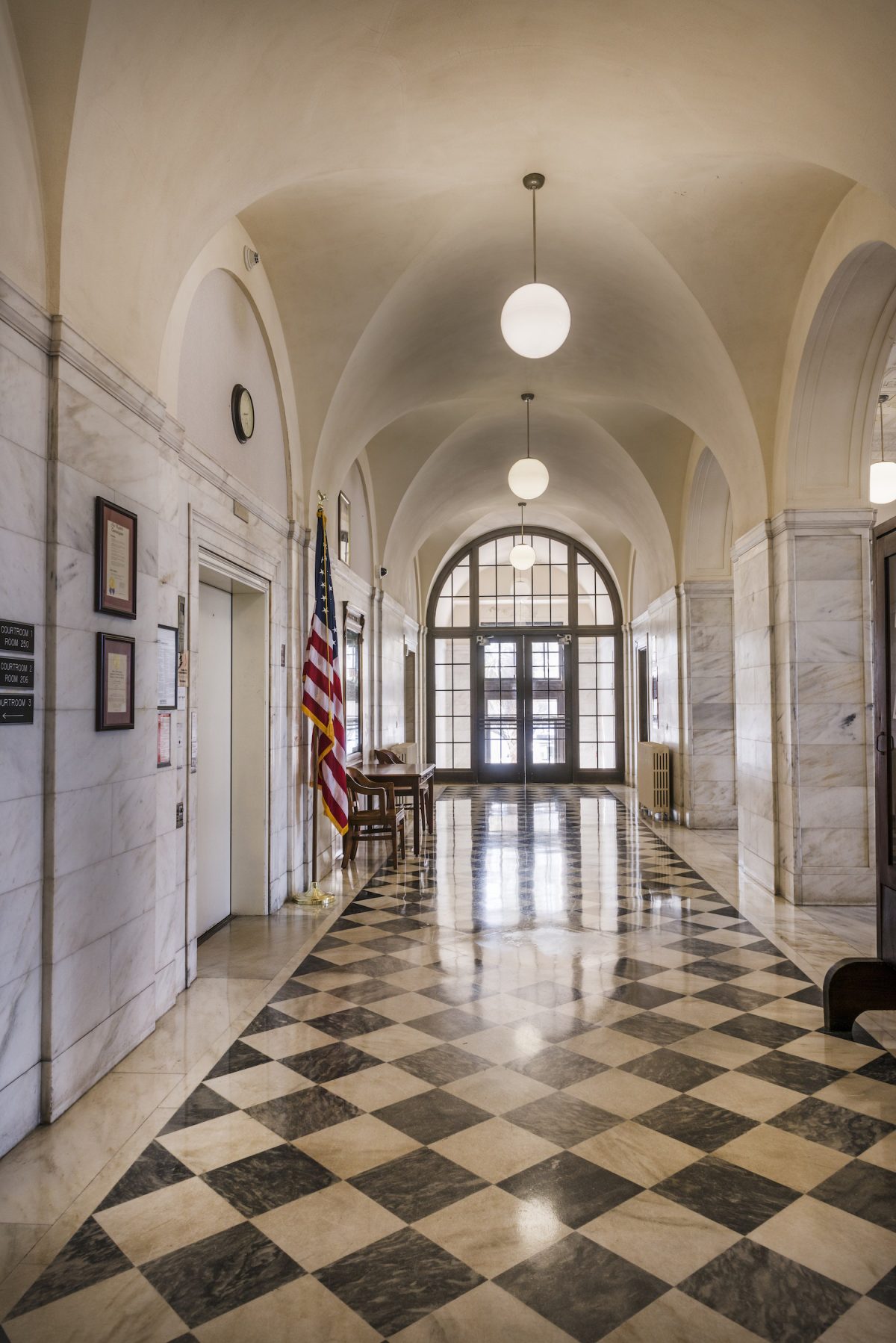 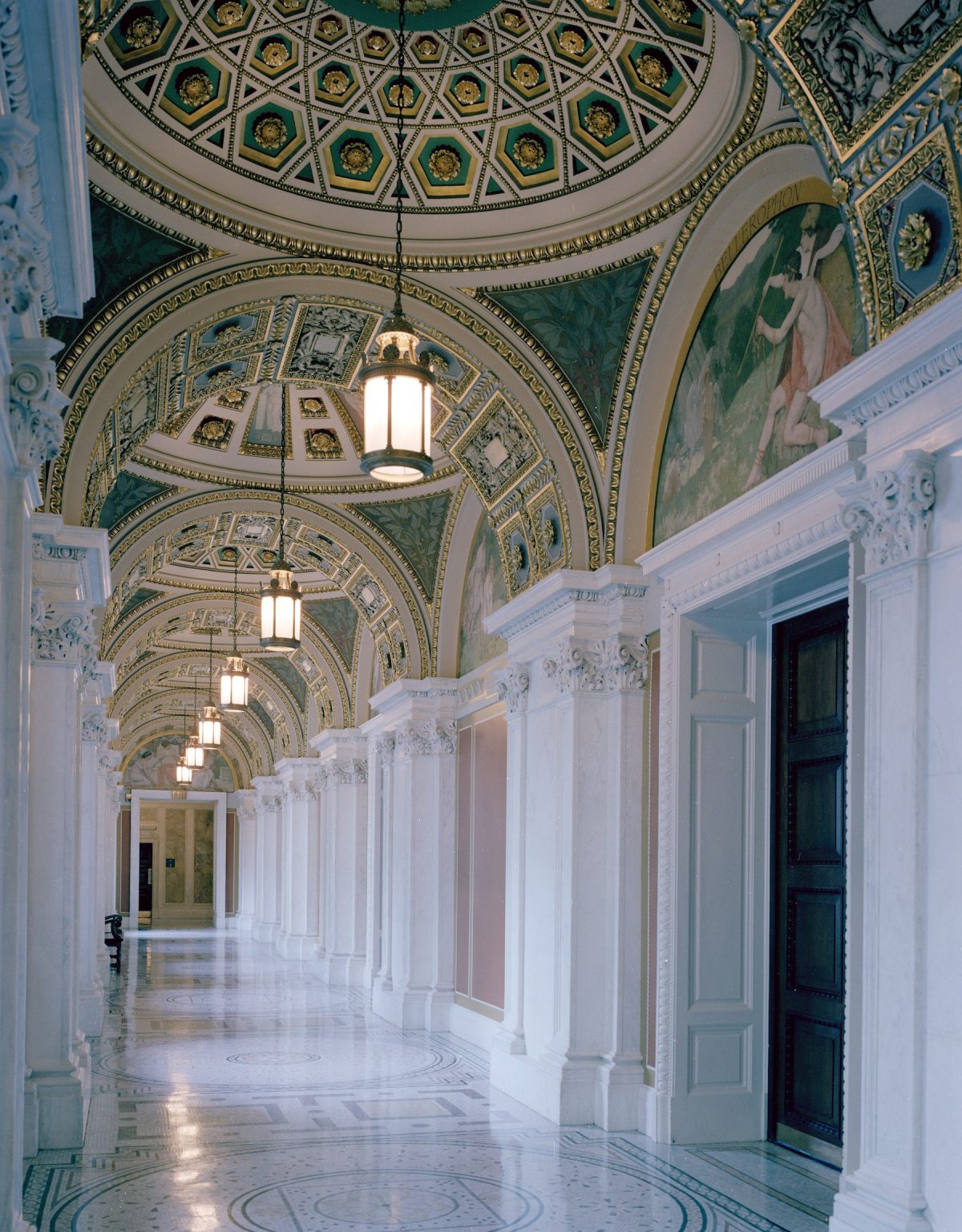 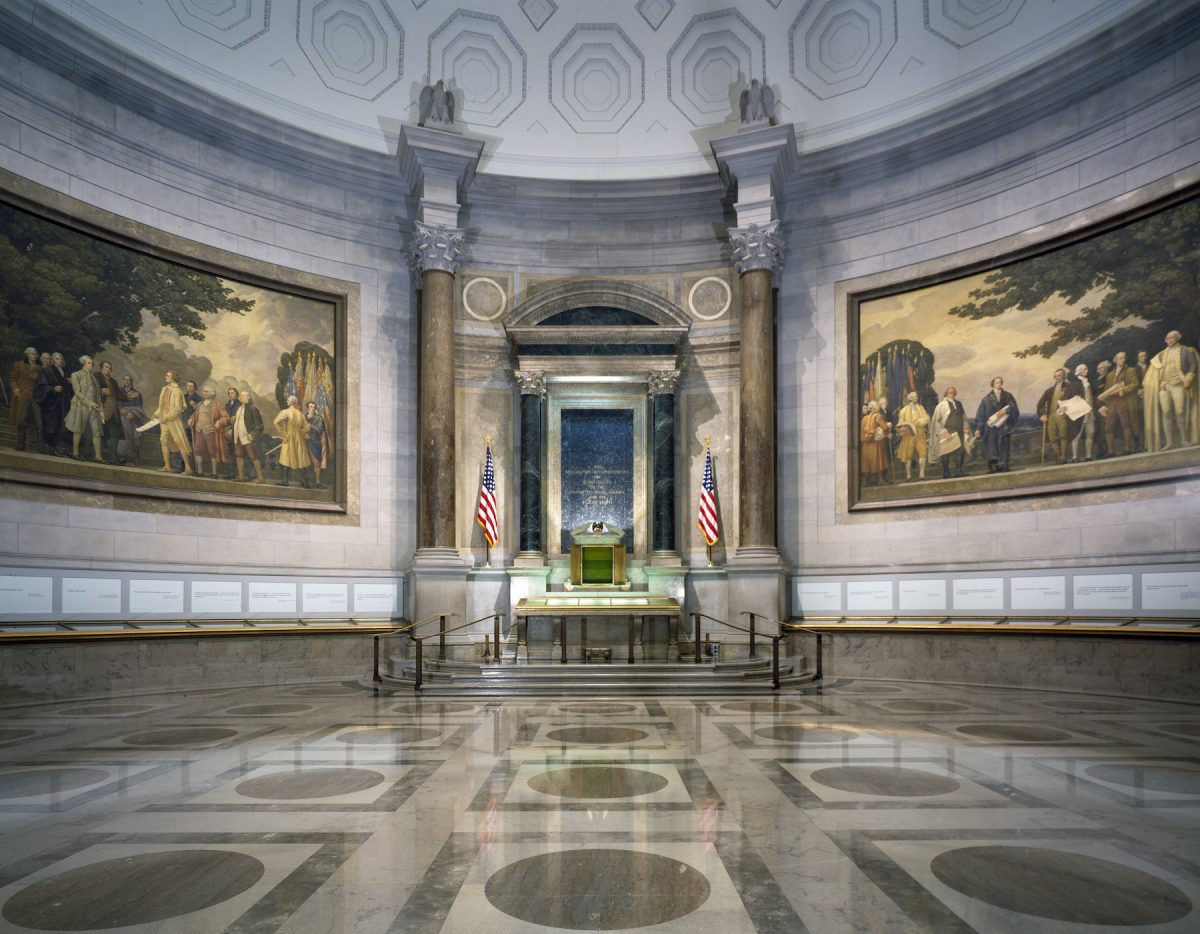 Hall where the Charters of Freedom are displayed at the National Archives, Washington D.C. 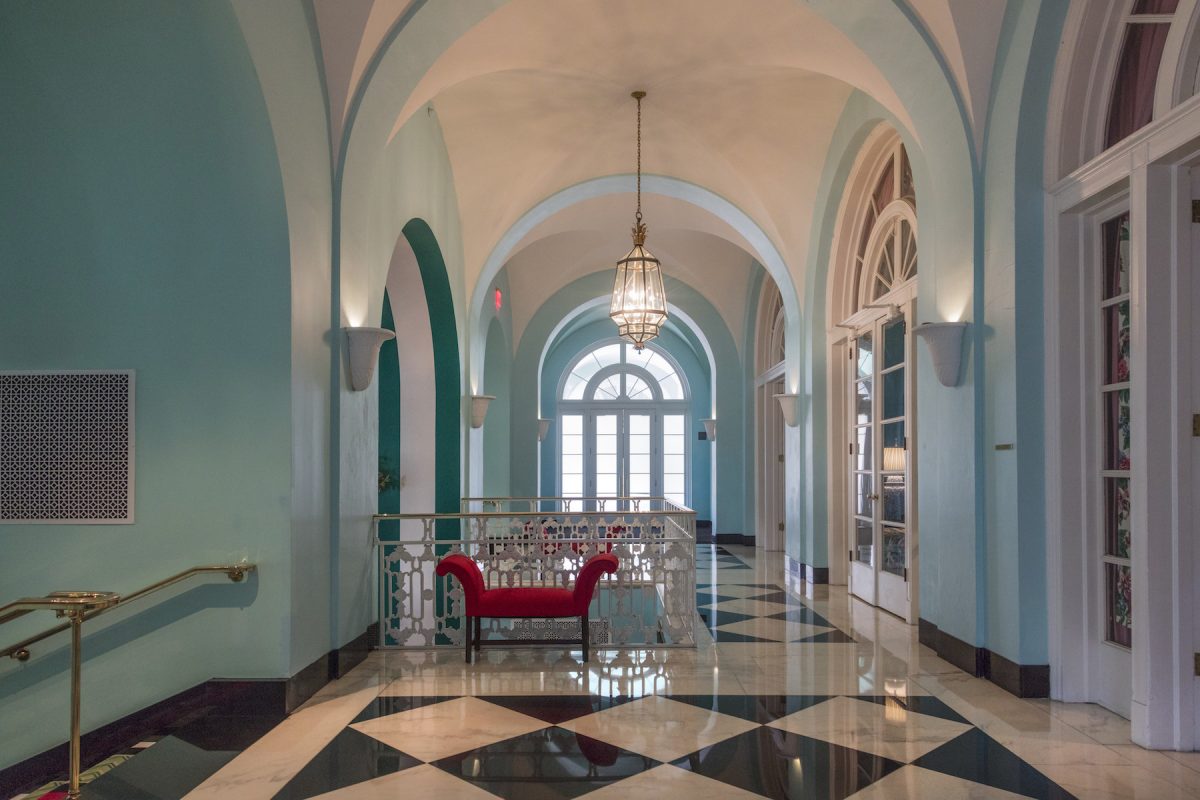 Hallway at the Greenbrier Historic Resort Hotel, built in 1858 near the White Sulphur Springs, West Virginia. 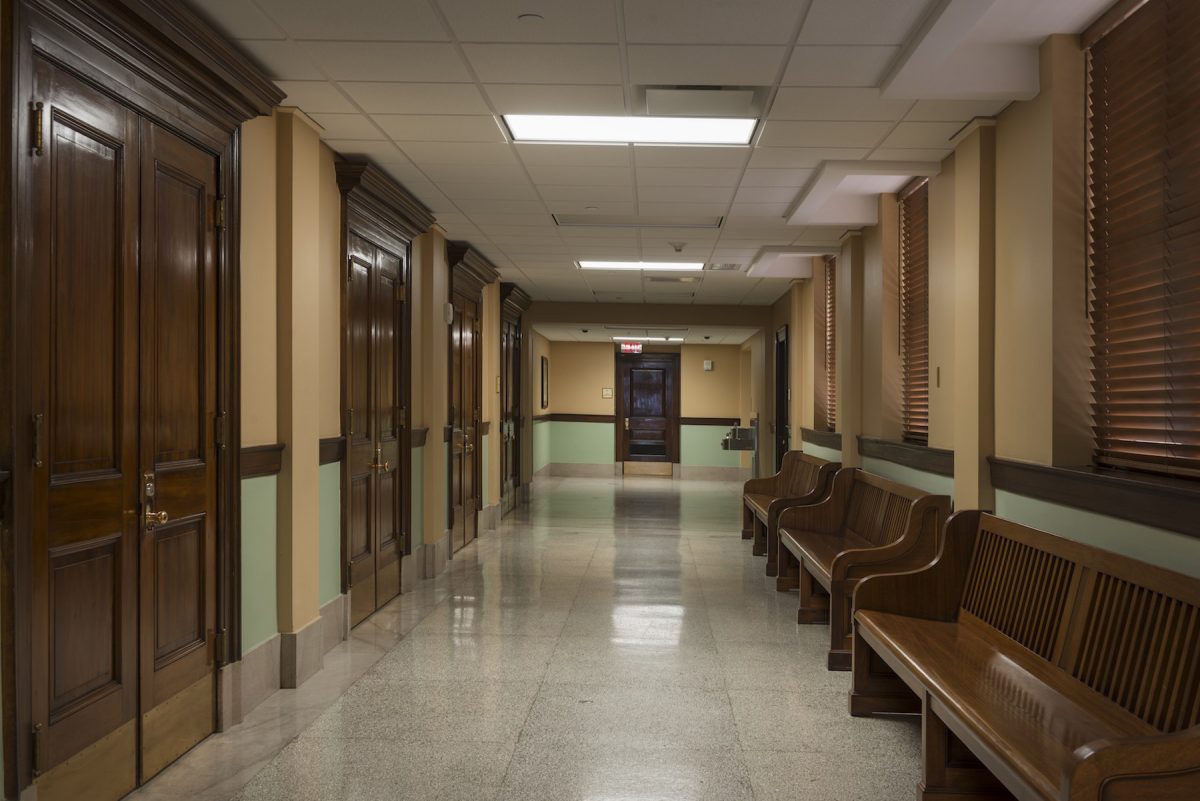 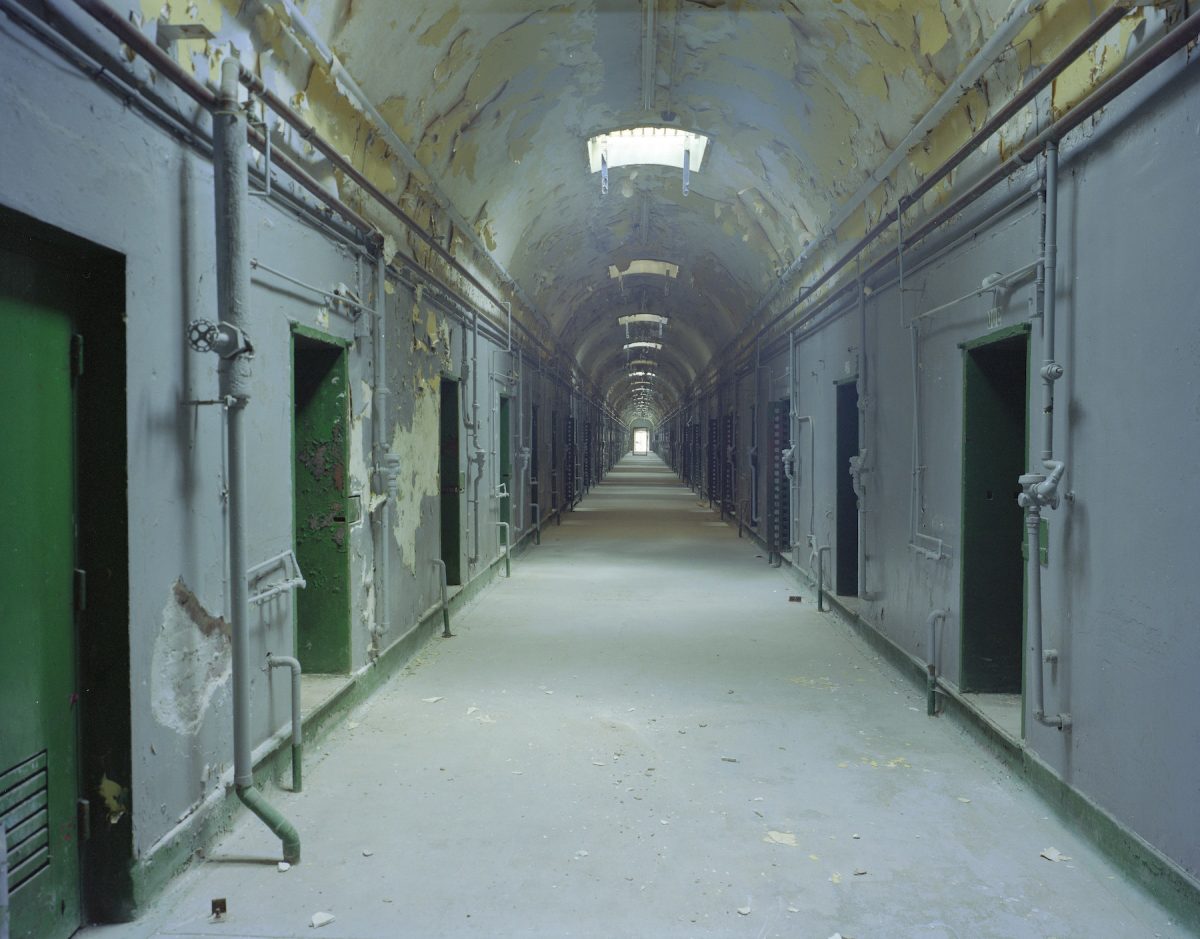 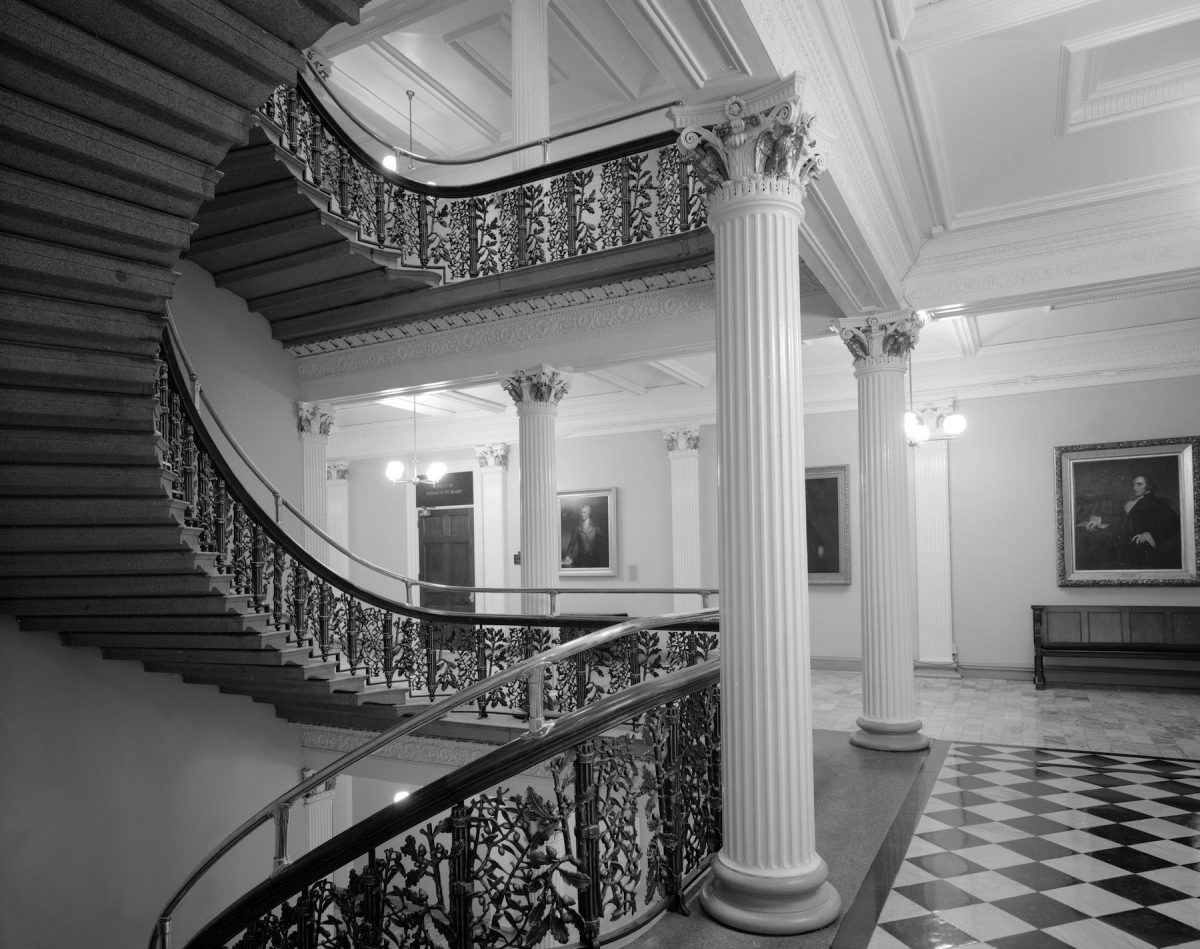 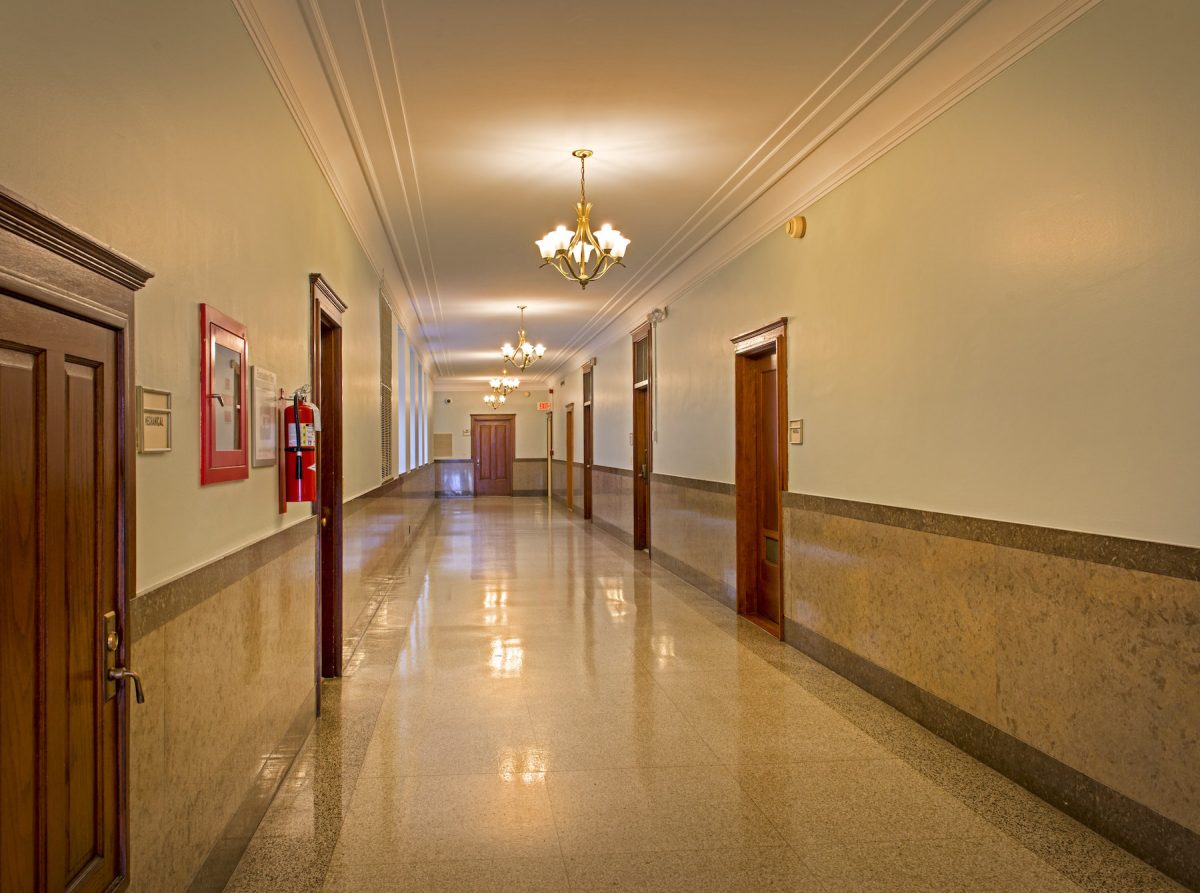 Hallway at the Texarkana U.S. Post Office and Federal Building. 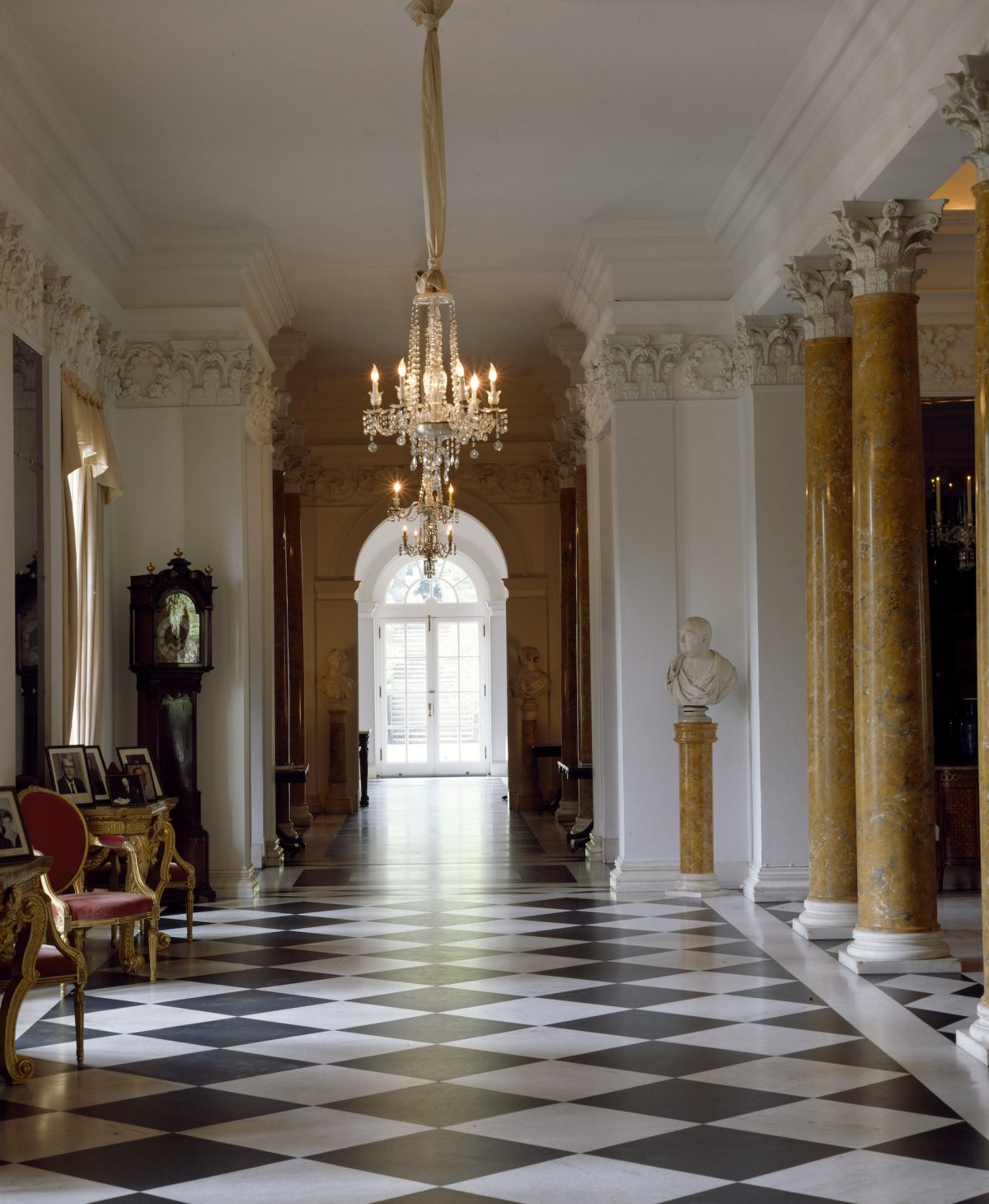 Hallway at the Chancery and Residence of the Ambassador of the United Kingdom, Washington D.C. 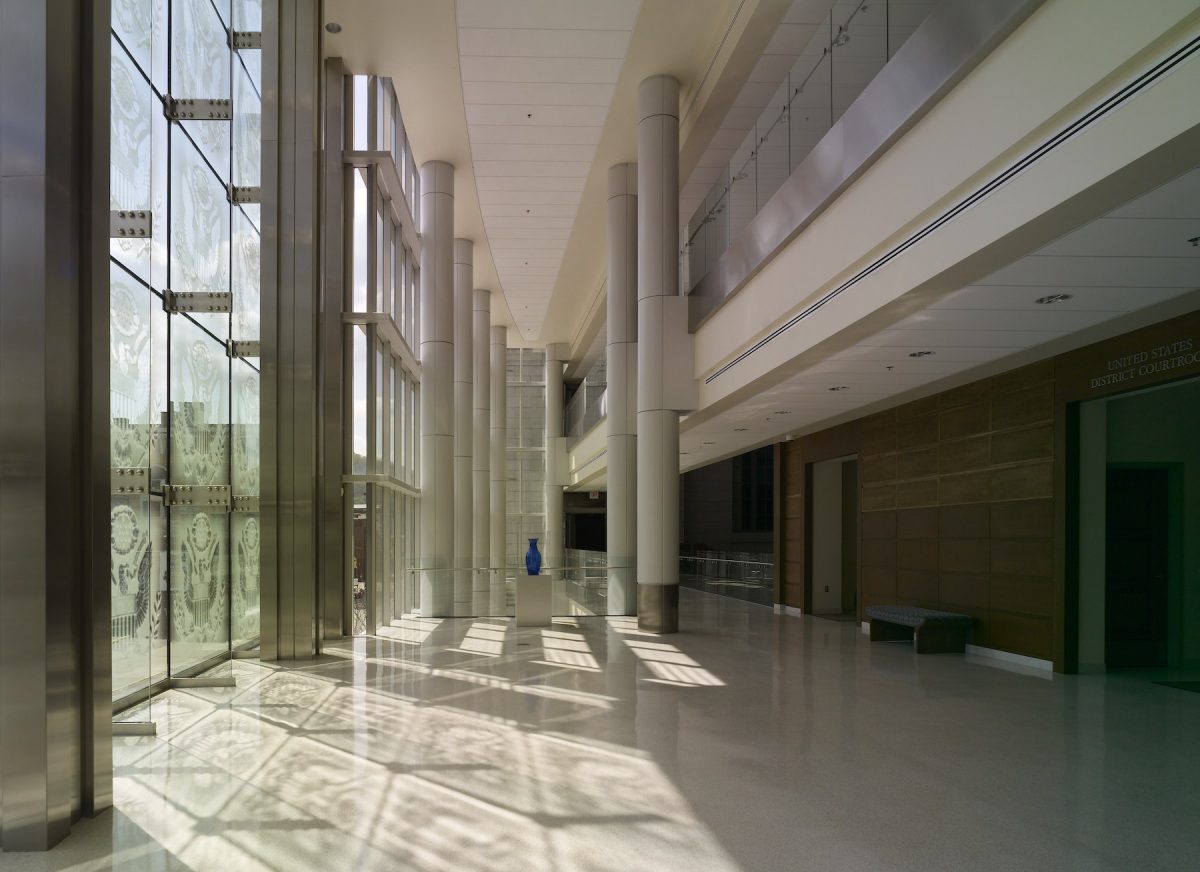 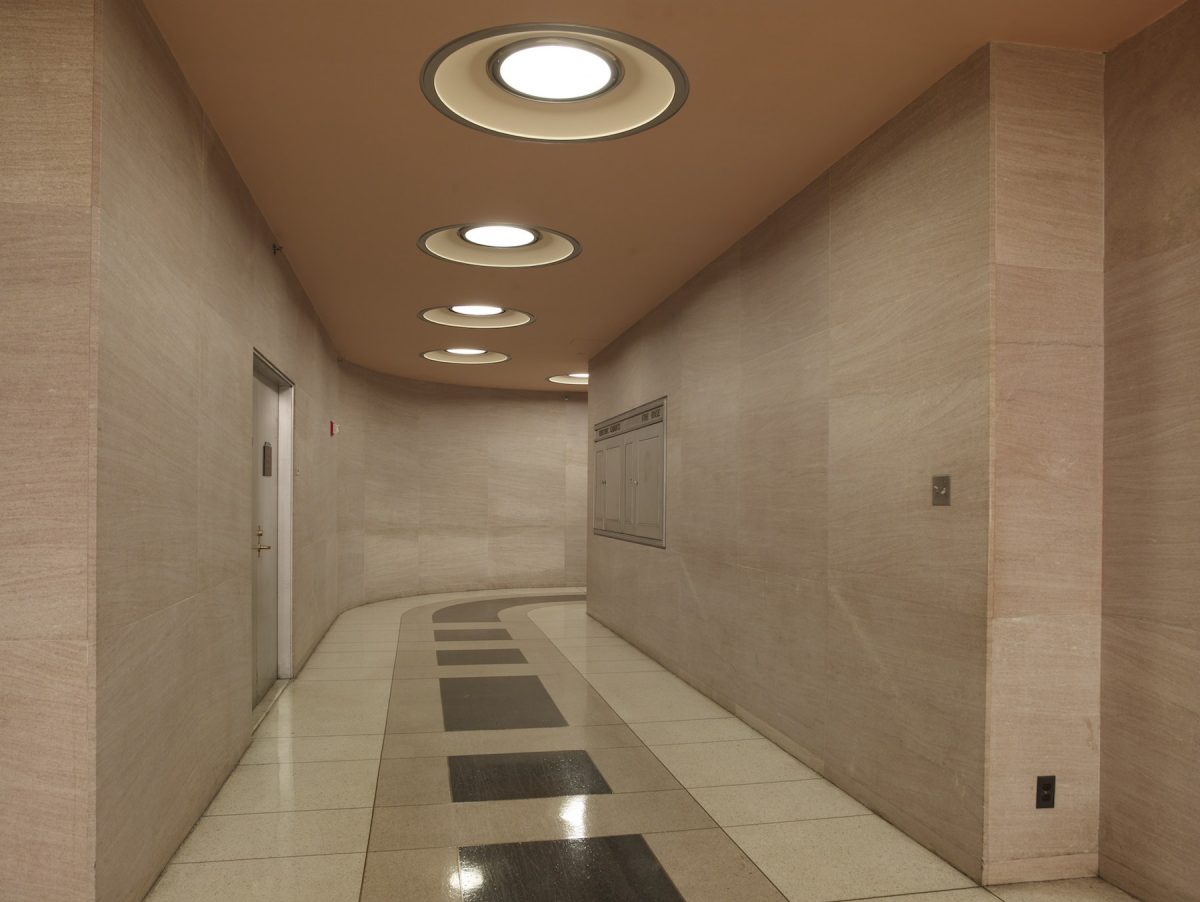 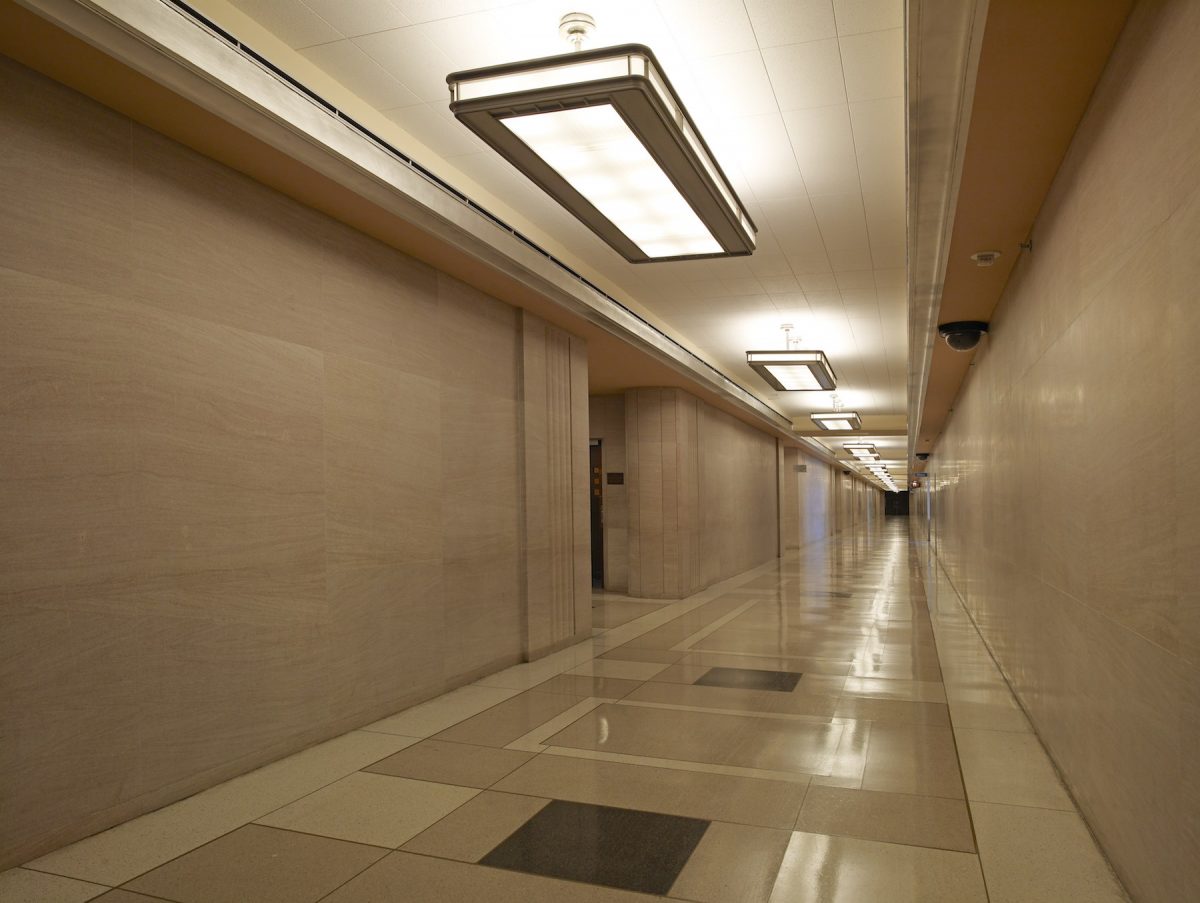 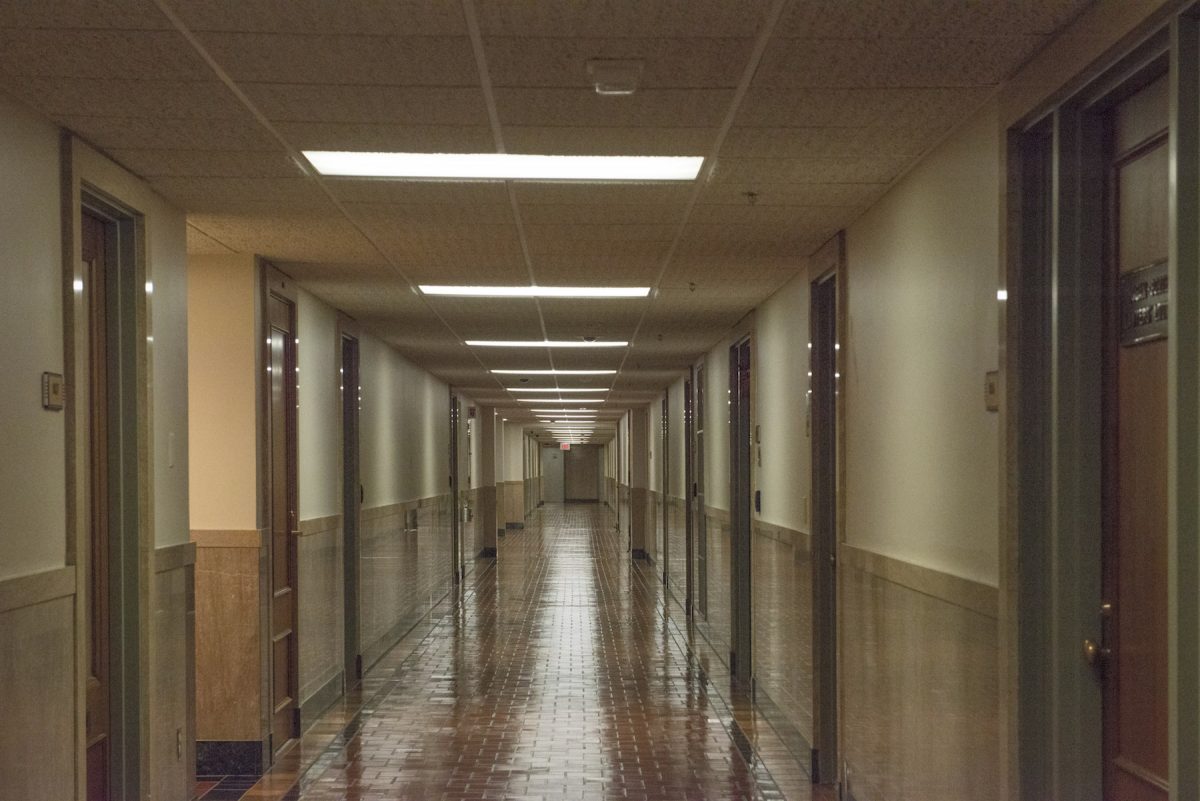 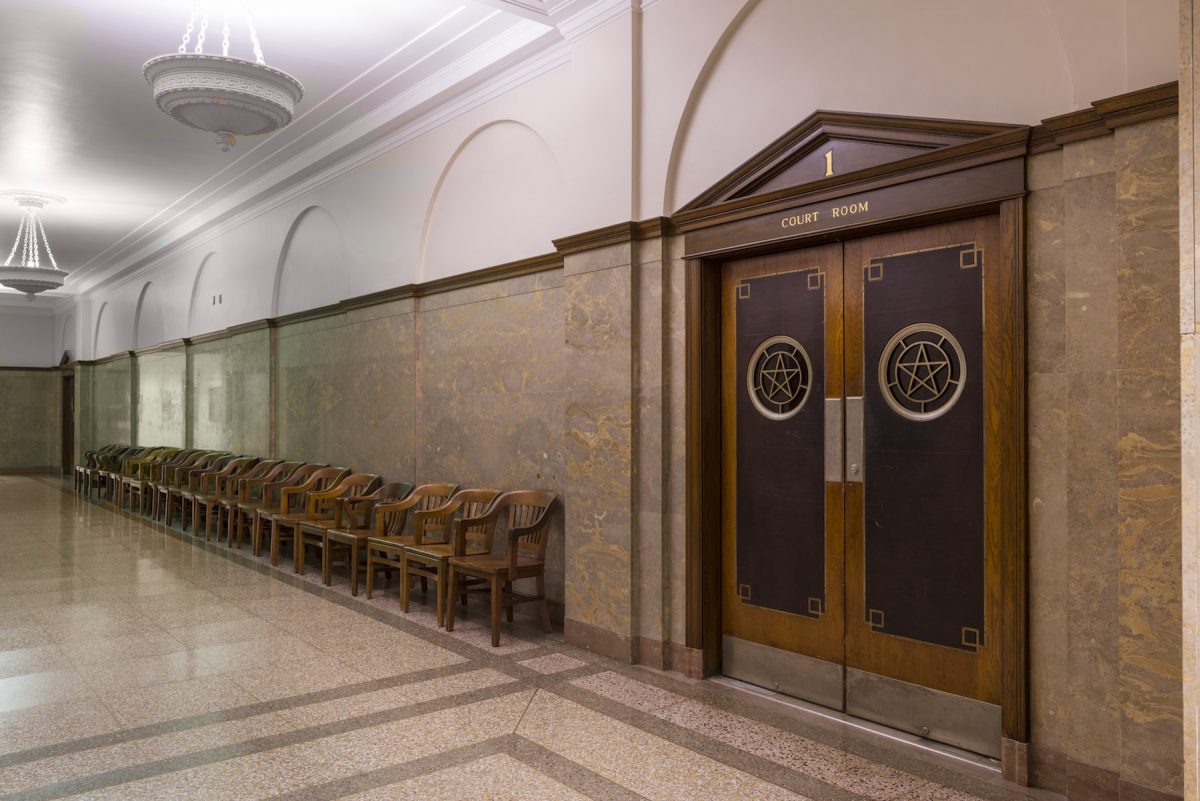 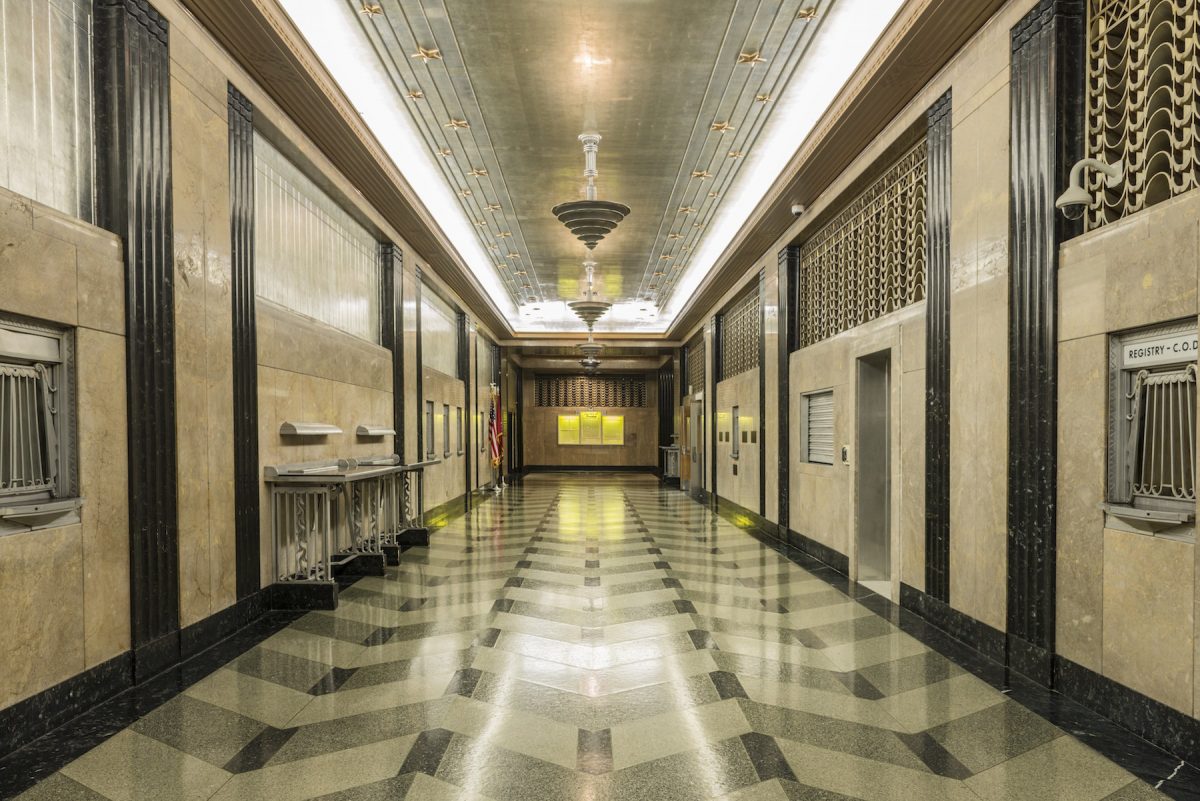 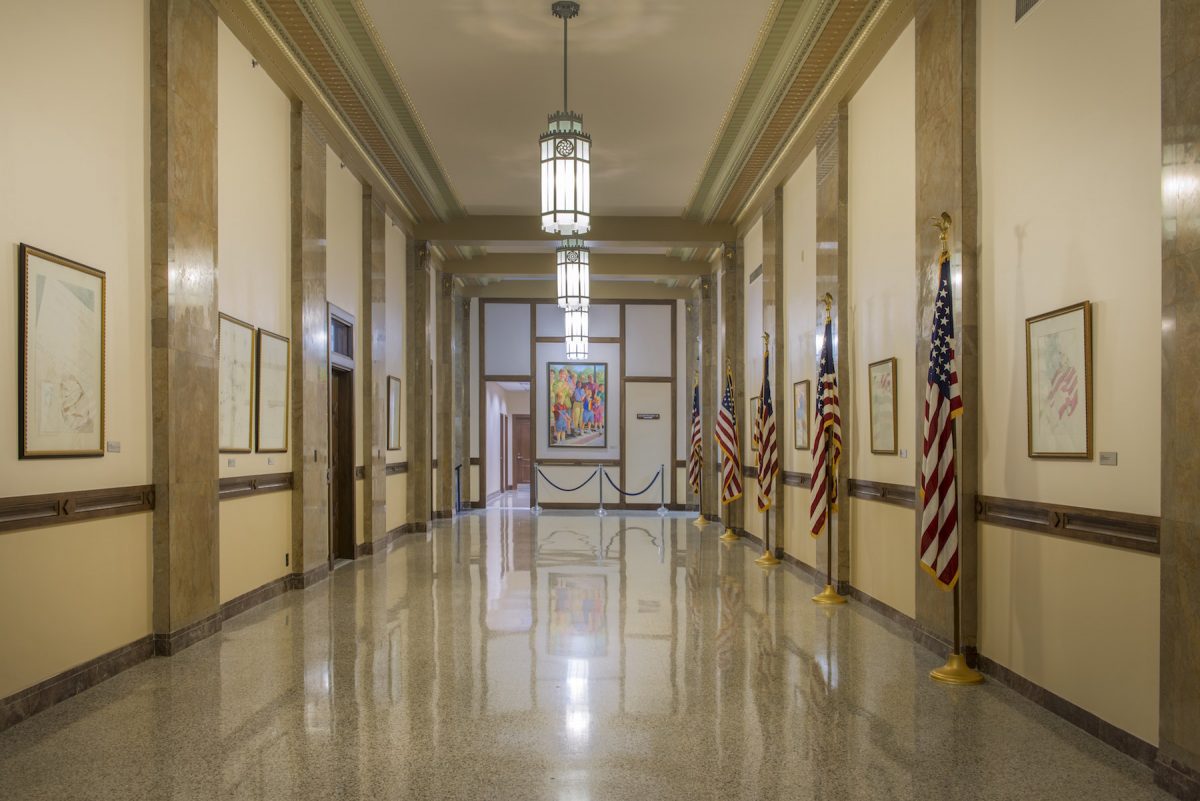 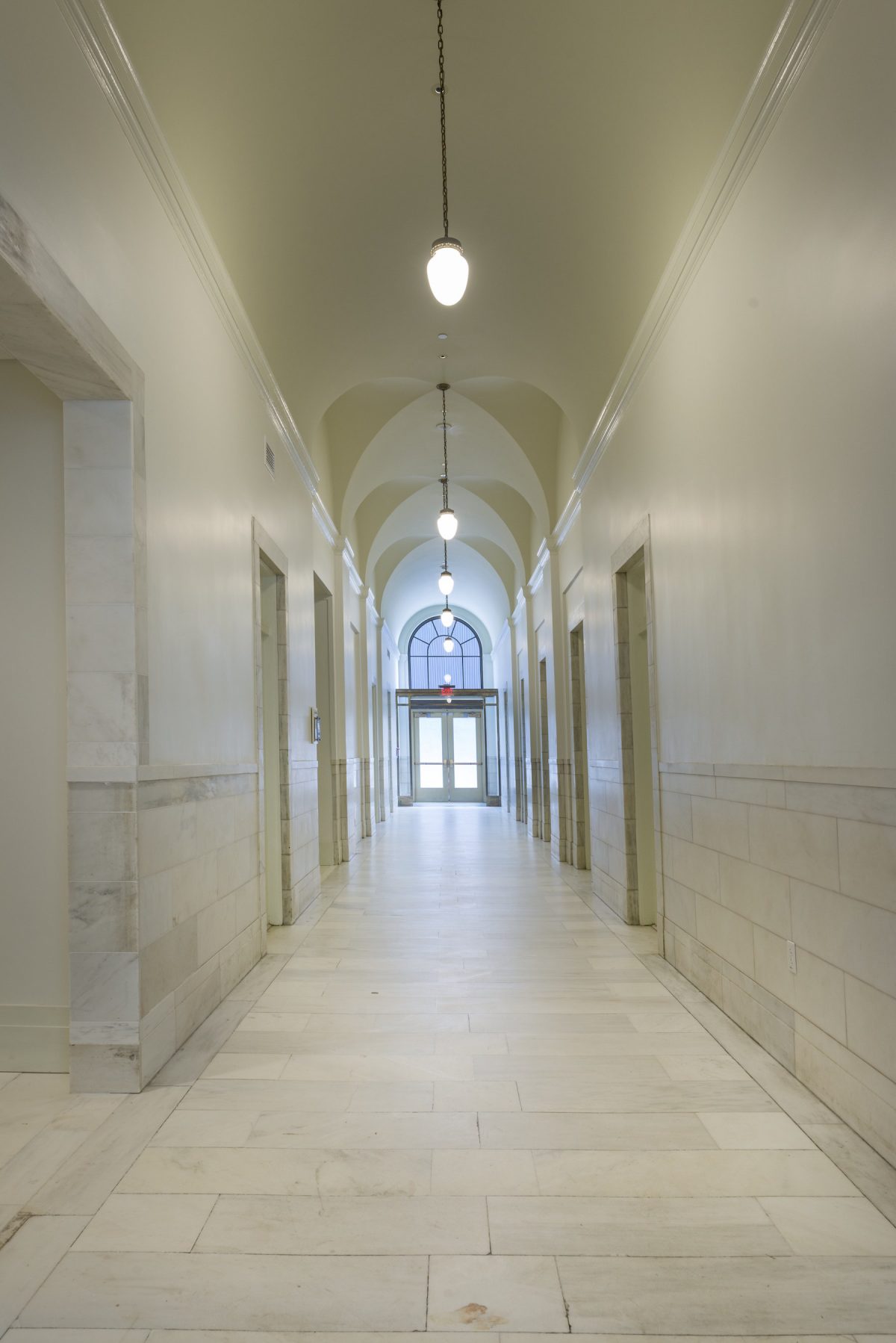