VISITORS to 1920s NYC  could study the Valentine’s City of New York: A Guide Book. As any reader of P.G. Wodehouse’s Psmith, Journalist will now full well, New York was a dangerous place back then, overrun by gangs, slum landlords and shysters. 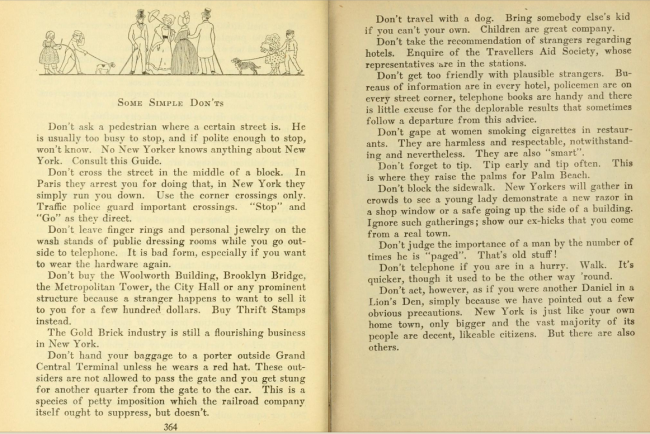 Some Simple Dos And Don’ts 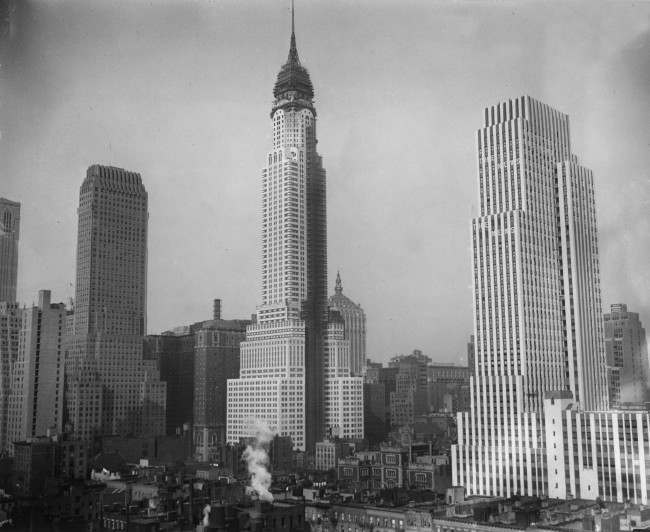 The New York skyline in Midtown is shown with its new addition of the Chrysler Building, center, with the Channin Building on the left and the New York Daily News Building at right, Nov. 20, 1929. (AP Photo) 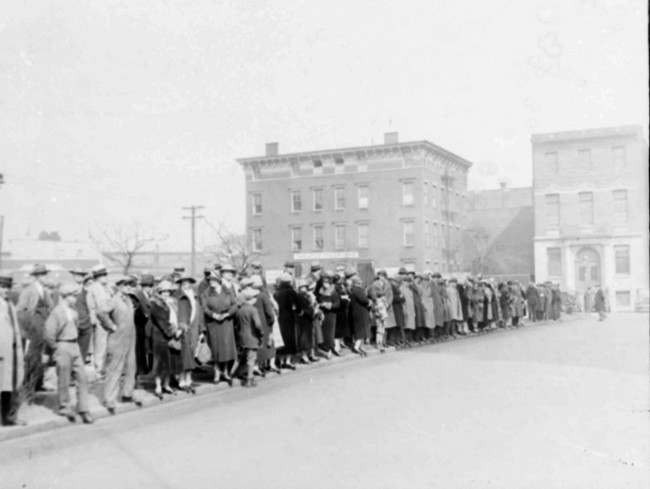 A general view of the court house and crowds of curious people during the trial of Mrs. Ruth Snyder and Judd Gray who are on trial for the murder of Albert Snyder, April 18, 1927 in Long Island, New York. (AP Photo) 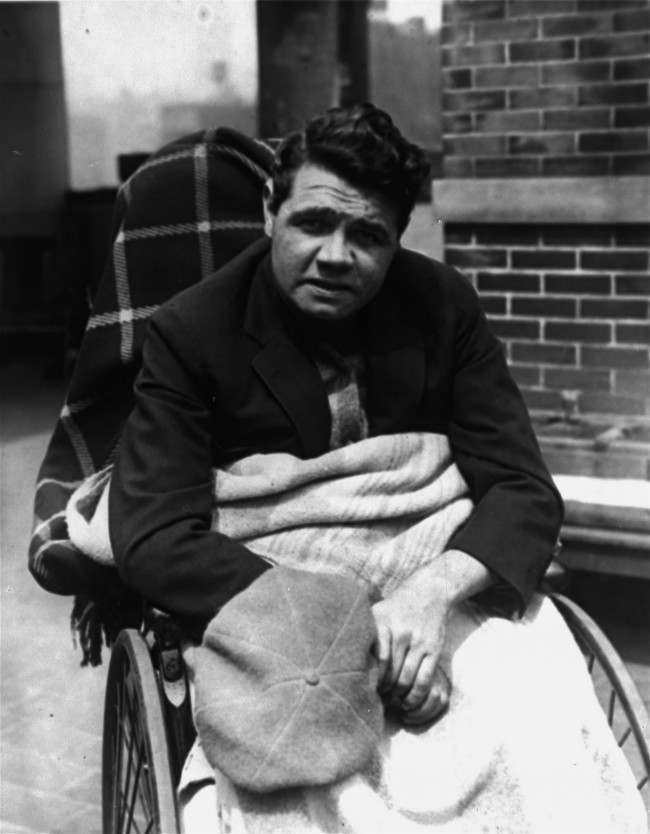 Babe Ruth getting the sunshine atop St. Vincent’s Hospital in New York, May 4, 1925, which he soon hopes to be able to leave. (AP Photo) 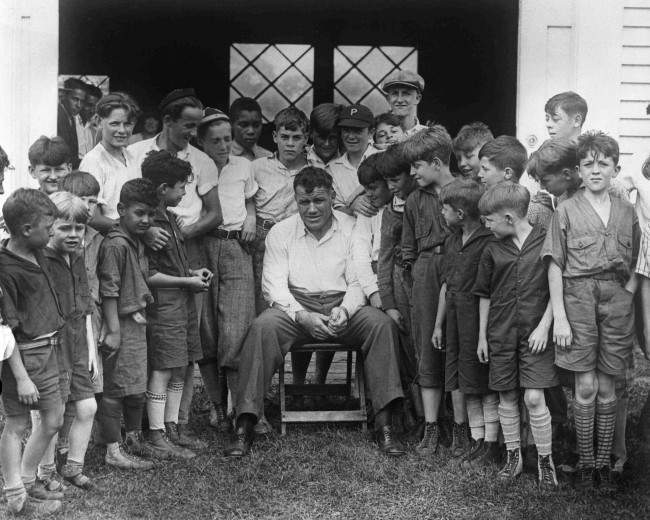 Gene Tunney, American Heavyweight Champion of the World, with a group of young admirers, at Spectator, near New York, USA, July. 19, 1928, where he was training for an upcoming fight with Tom Heeny. (AP Photo) 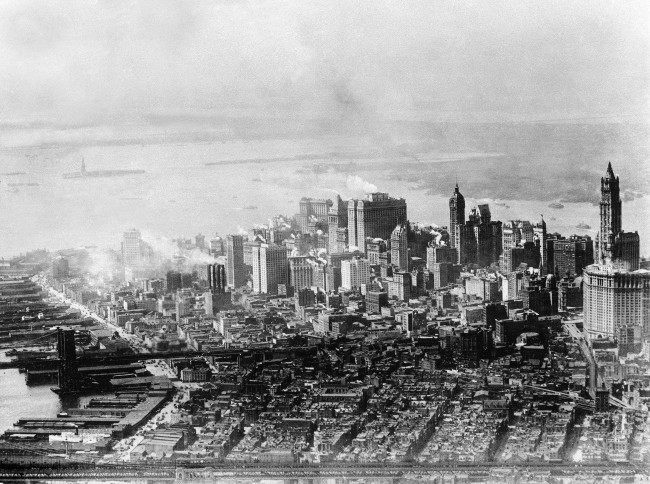 This aerial view shows lower Manhattan, New York City, in 1928. At far right is the tower of the Woolworth building and in left center is the Statue of Liberty on Liberty Island. The Manhattan Bridge is in the foreground and the Brooklyn Bridge is at center. (AP Photo) 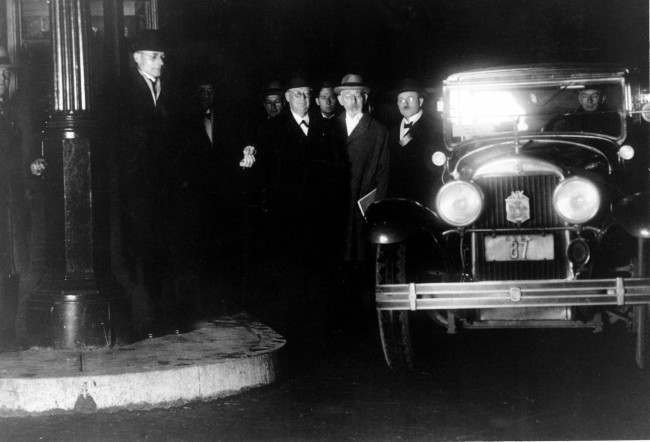 Tunnel Commission officials pose as they pay the first Holland Tunnel toll at midnight after the dedication ceremony in New York on Nov. 12, 1927. (AP Photo) 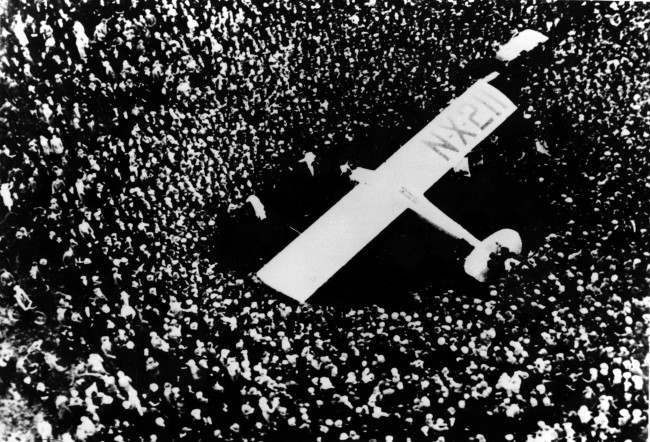 The Spirit of St. Louis is shown in this aerial photo as a crowd surrounds the monoplane after American aviator Charles A. Lindbergh completed the first nonstop transatlantic flight at Le Bourget Airfield near Paris, France, Saturday, May 21, 1927. Lindbergh left Roosevelt Field in New York at 7:52 a.m. on May 20 and landed at Le Bourget at 5:24 p.m., Paris time, after a flight of 33 hours 32 minutes. (AP Photo) 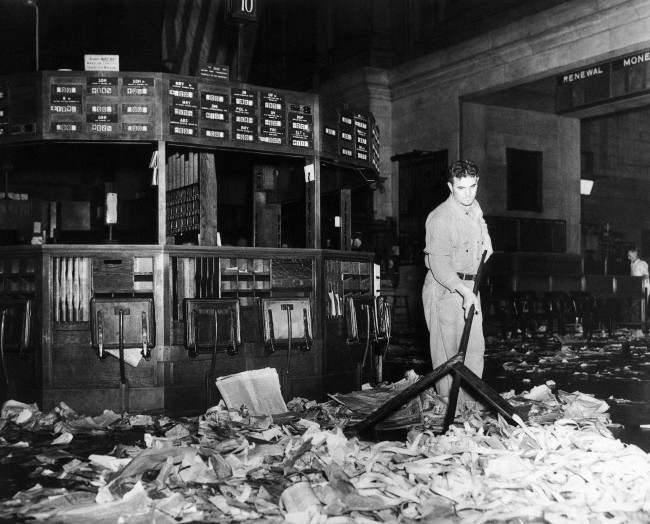 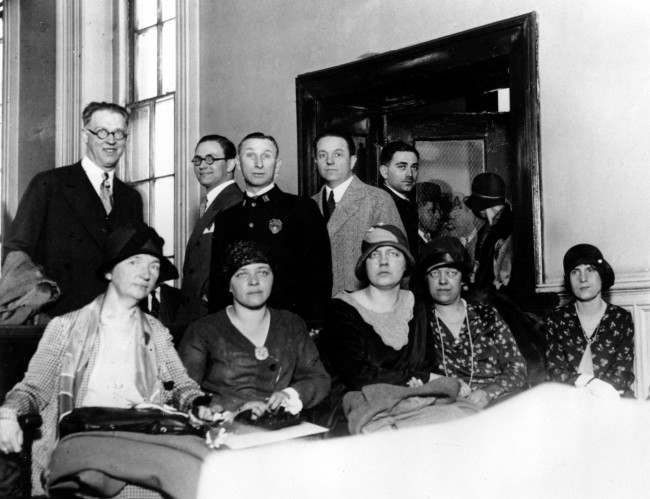 Defendents charged with maintaining a birth control clinical bureau in violation of the law are shown seated in the Chief Magistrate’s Court in New York City on April 24, 1929. From left to right are, Margaret Sanger, head of the clinic; Dr. Hannah M. Stone; Sigrid Brestwell; Antoinette Field and Marcelia Sideri. More than 500 persons, including prominent physicians, are supporting Sanger, the founder of the birth-control movement, and many will give testimony on her behalf. (AP Photo) 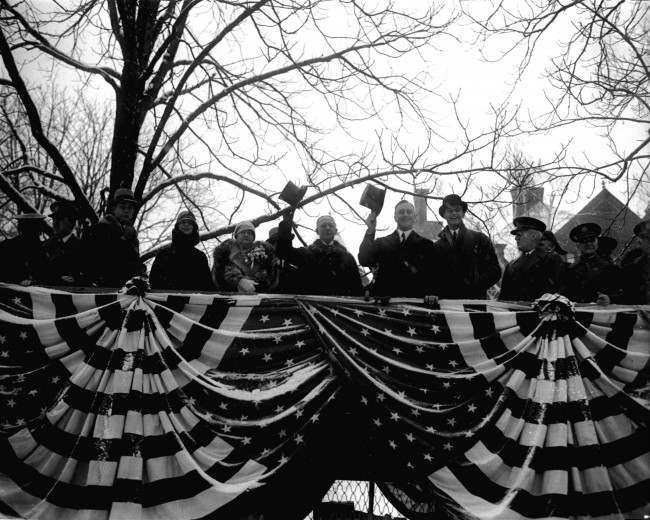