The advertising for 1980s home computers may have over-represented their products, but they did it with gusto. Computer products, whether it was hardware or software, were going to shock and awe your family to the point of orgasm. They were going to save your children from the clutches of ignorance and unemployment. They were going to bring your lousy dysfunctional family together into a wonderfully harmonious circle of love and education. Computing was, dare I say, ‘The Answer’ for every upper middle class Caucasian family. 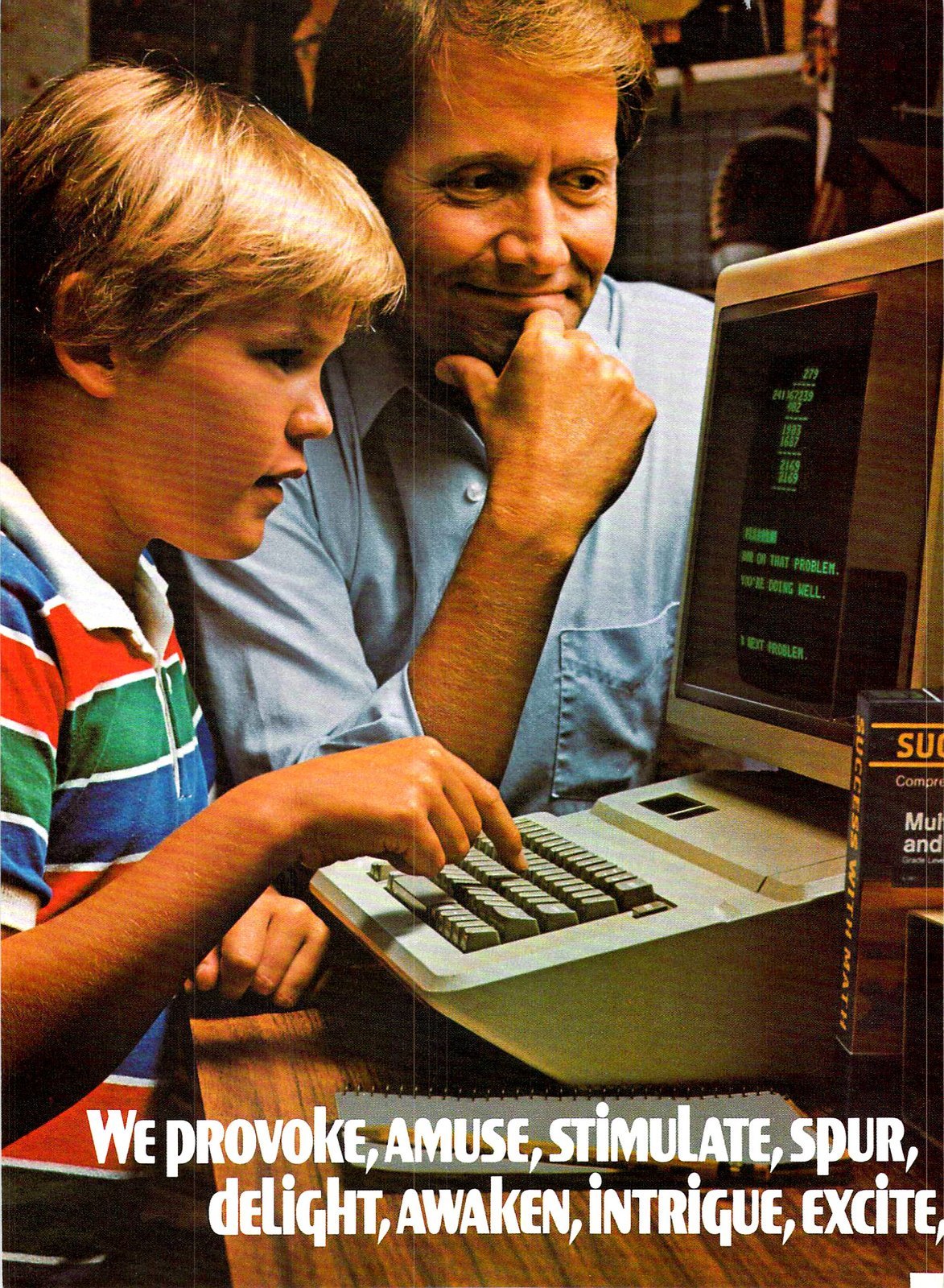 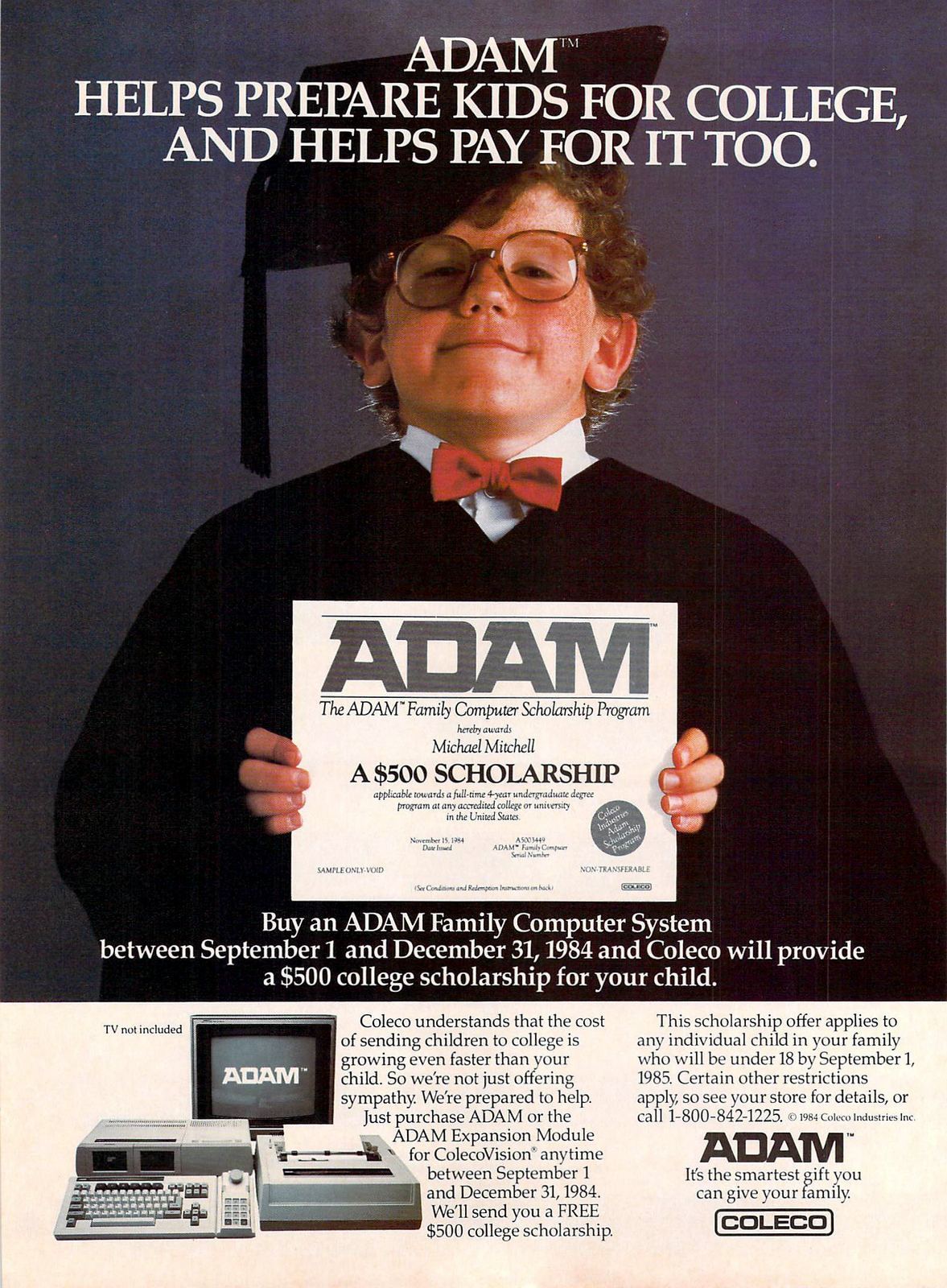 So, what you’re telling me is that my dumb son who eats boogers all day can become a college graduate….. and it’ll help pay for it too?!? Holy crap. Sign me up! 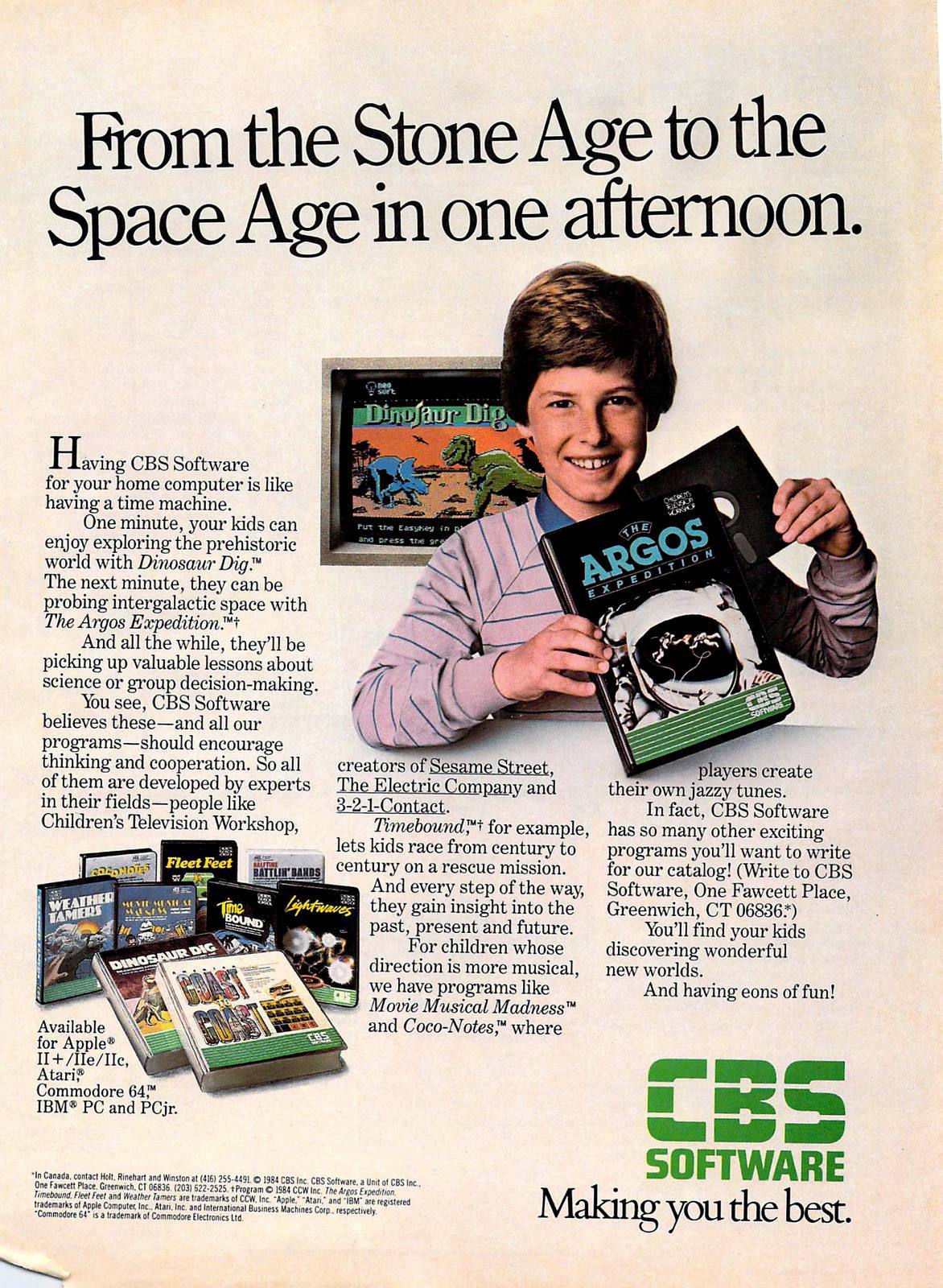 “From Stone Age to Space Age” not only applies to the software program, but also this dumb kid’s brain.  These floppy disks are going to propel this underachiever into the future! 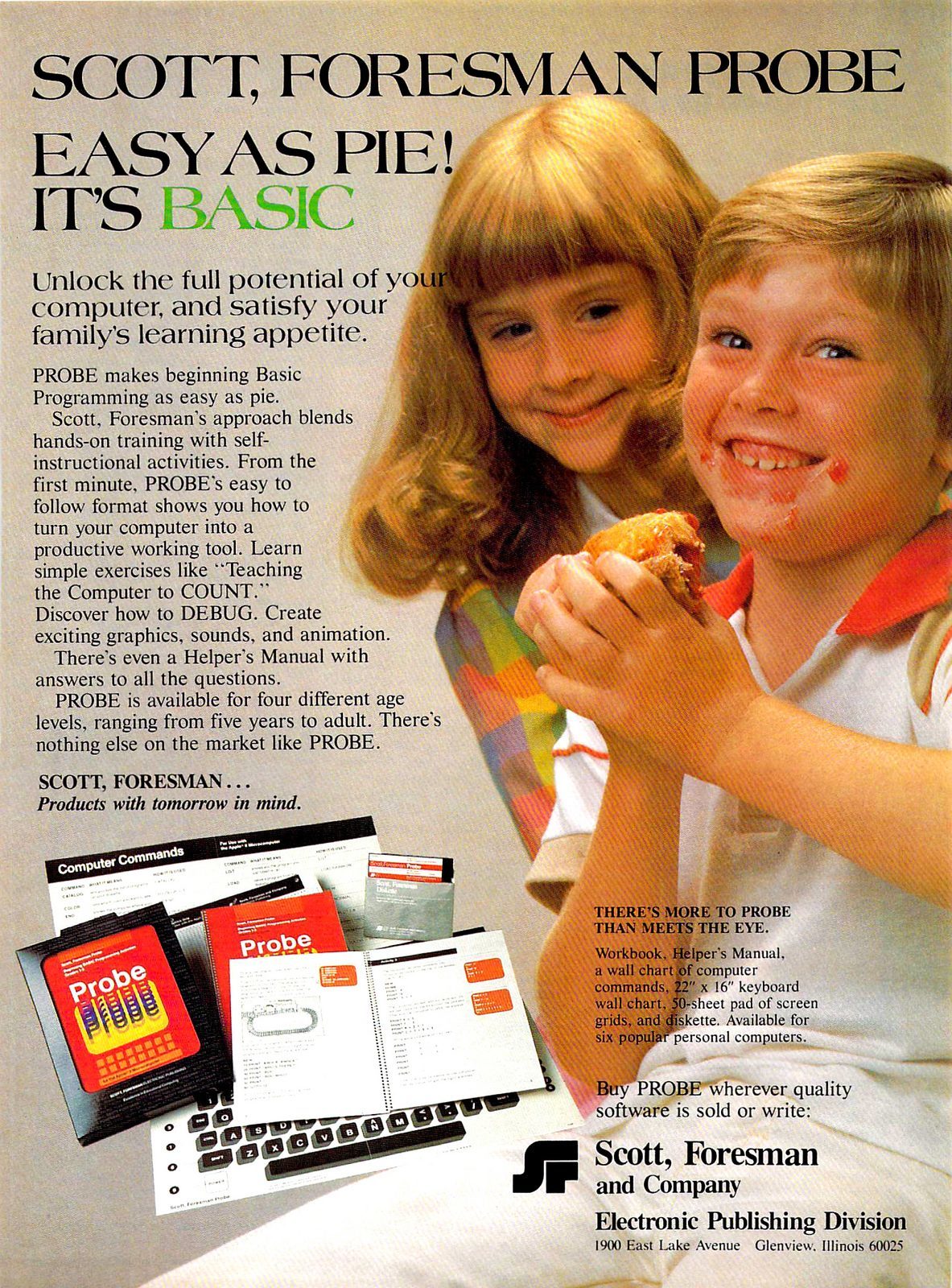 Most. Annoying. Child. Ever. 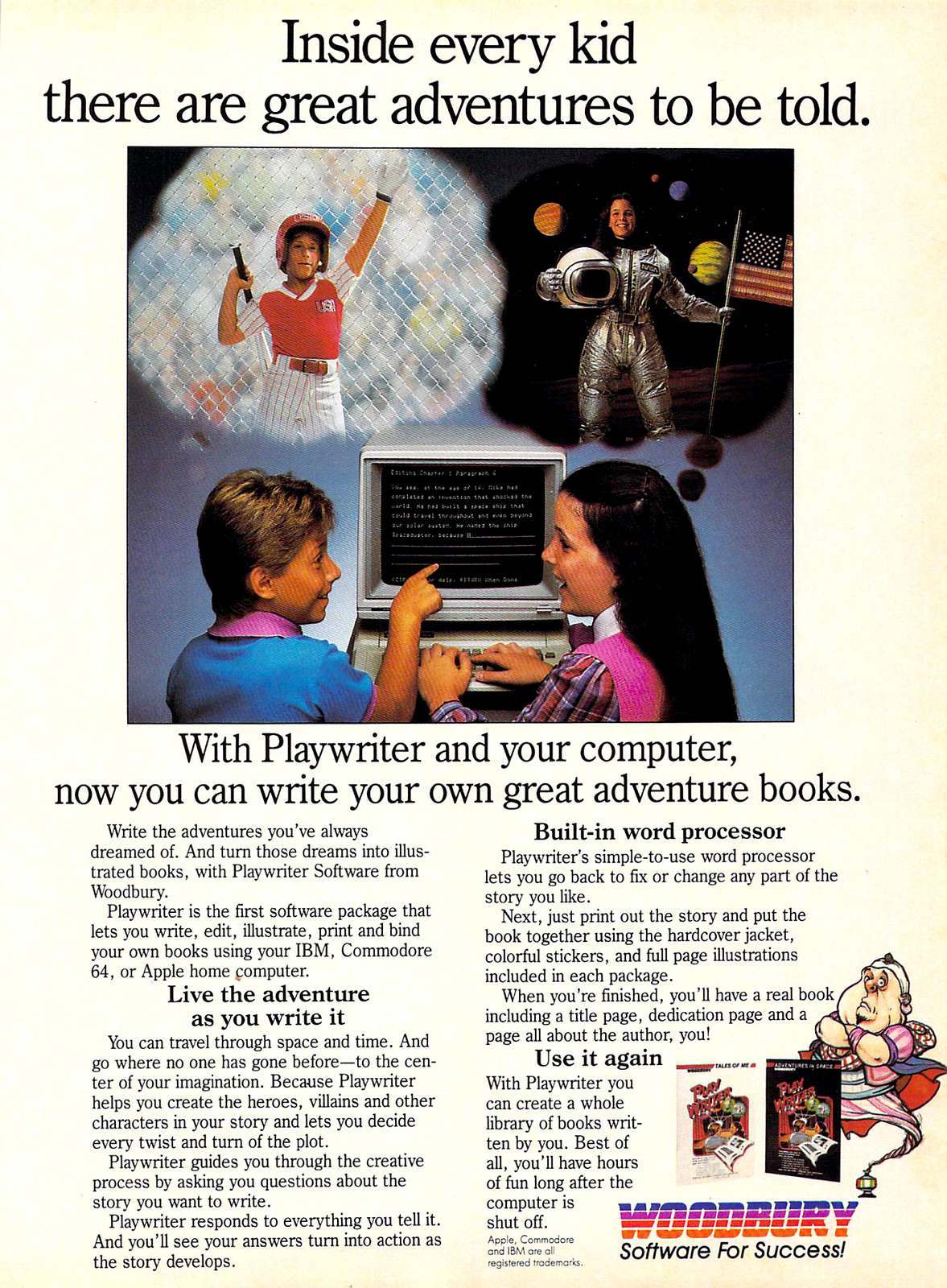 “You can travel through space and time. and go where no one has gone before – to the center of your imagination.”

Hmmm. It looks like just monochrome word processing…. but if you say so. 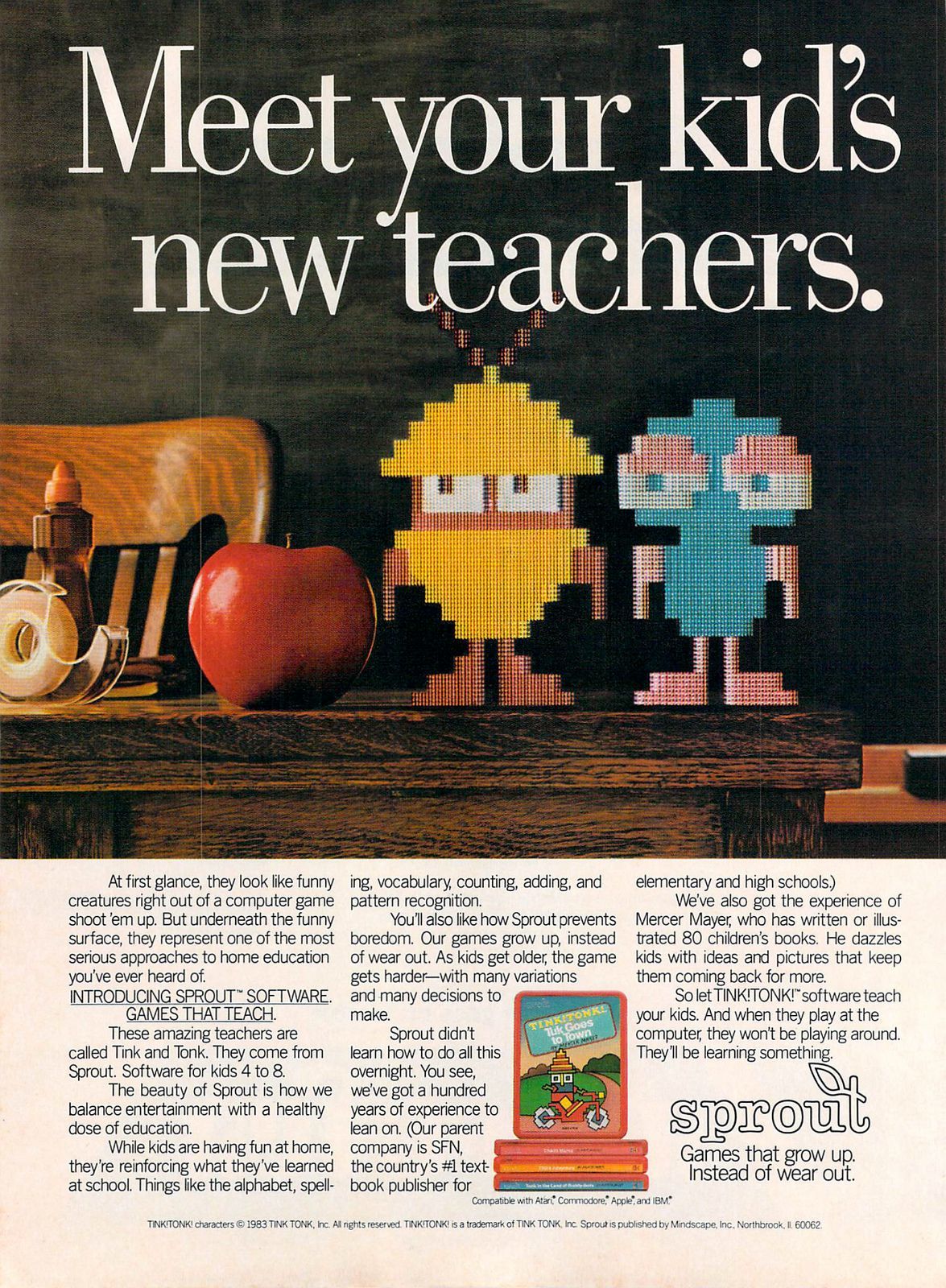 This was the big buzz in the education world back in the Eighties – computer software was going to replace your flesh and bones teachers. 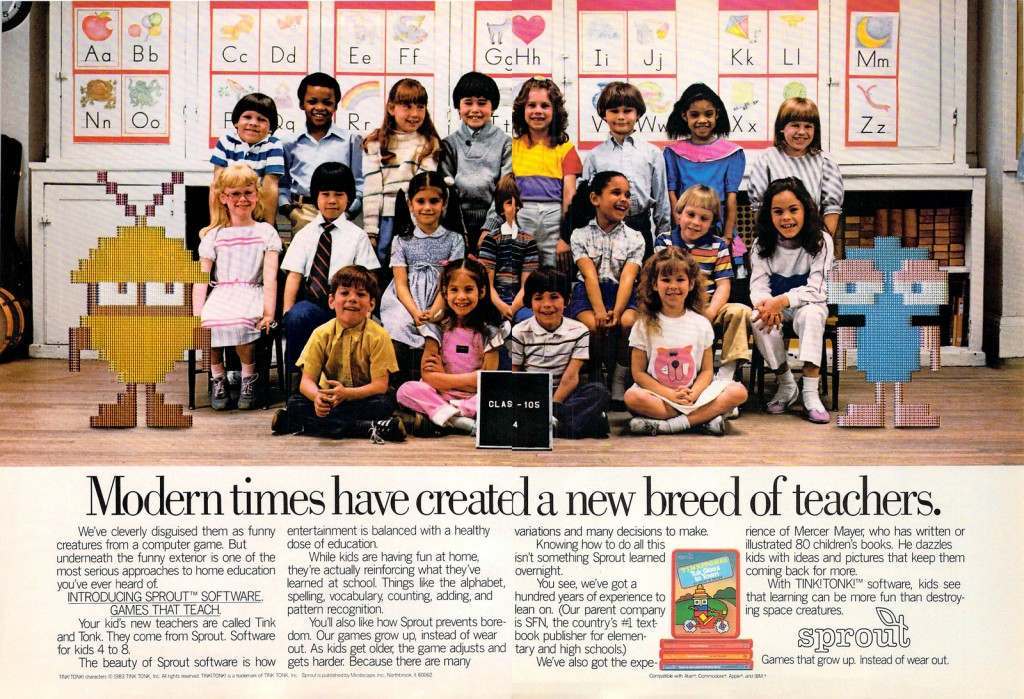 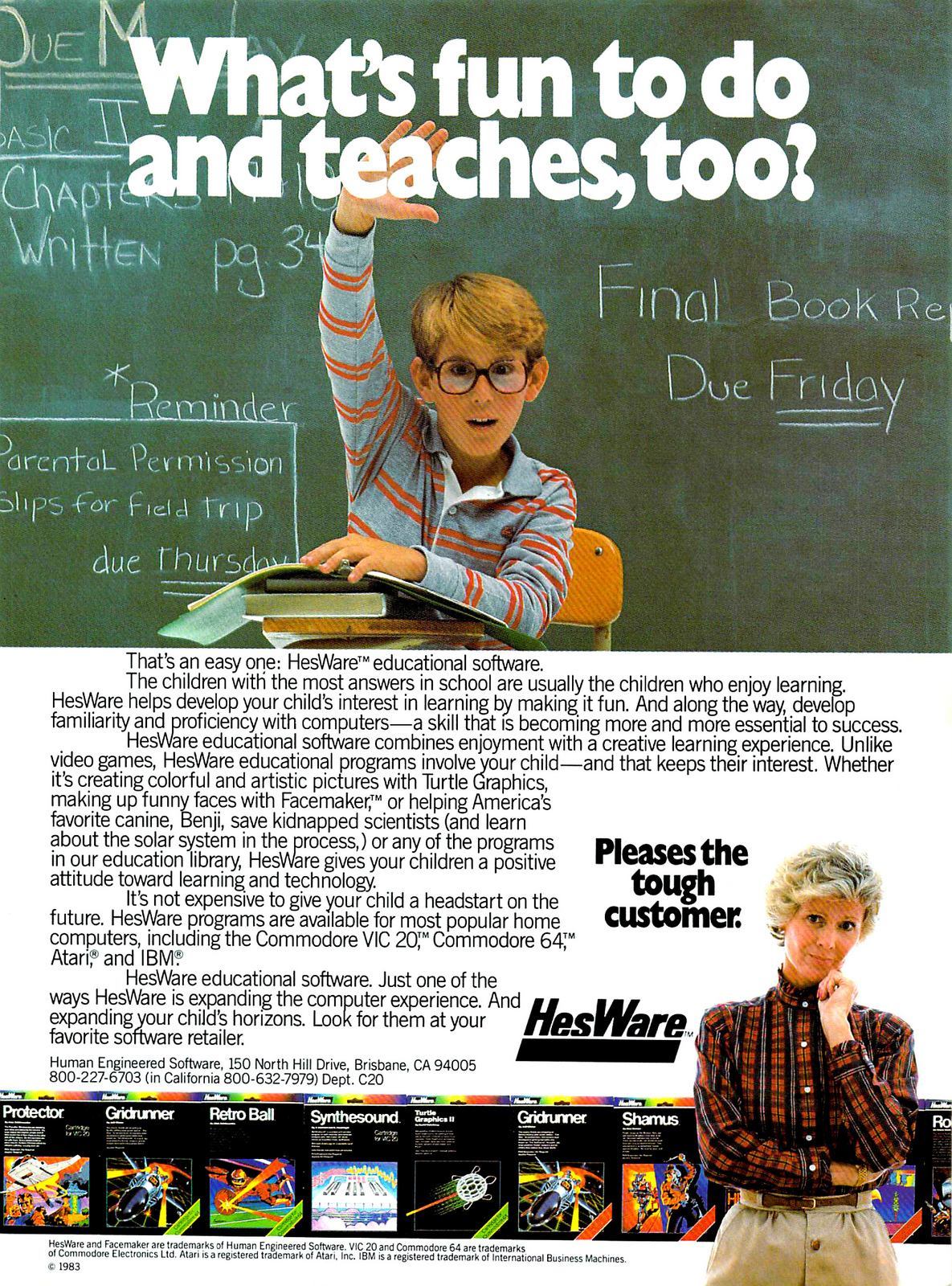 “Pleases the Tough Customer”  – I’ll say she looks tough.  Could she possible look more skeptical?    I don’t get her concern. With software which asks you to help “America’s favorite canine, Benji, save kidnapped scientists”, you know it’s got to be top notch. 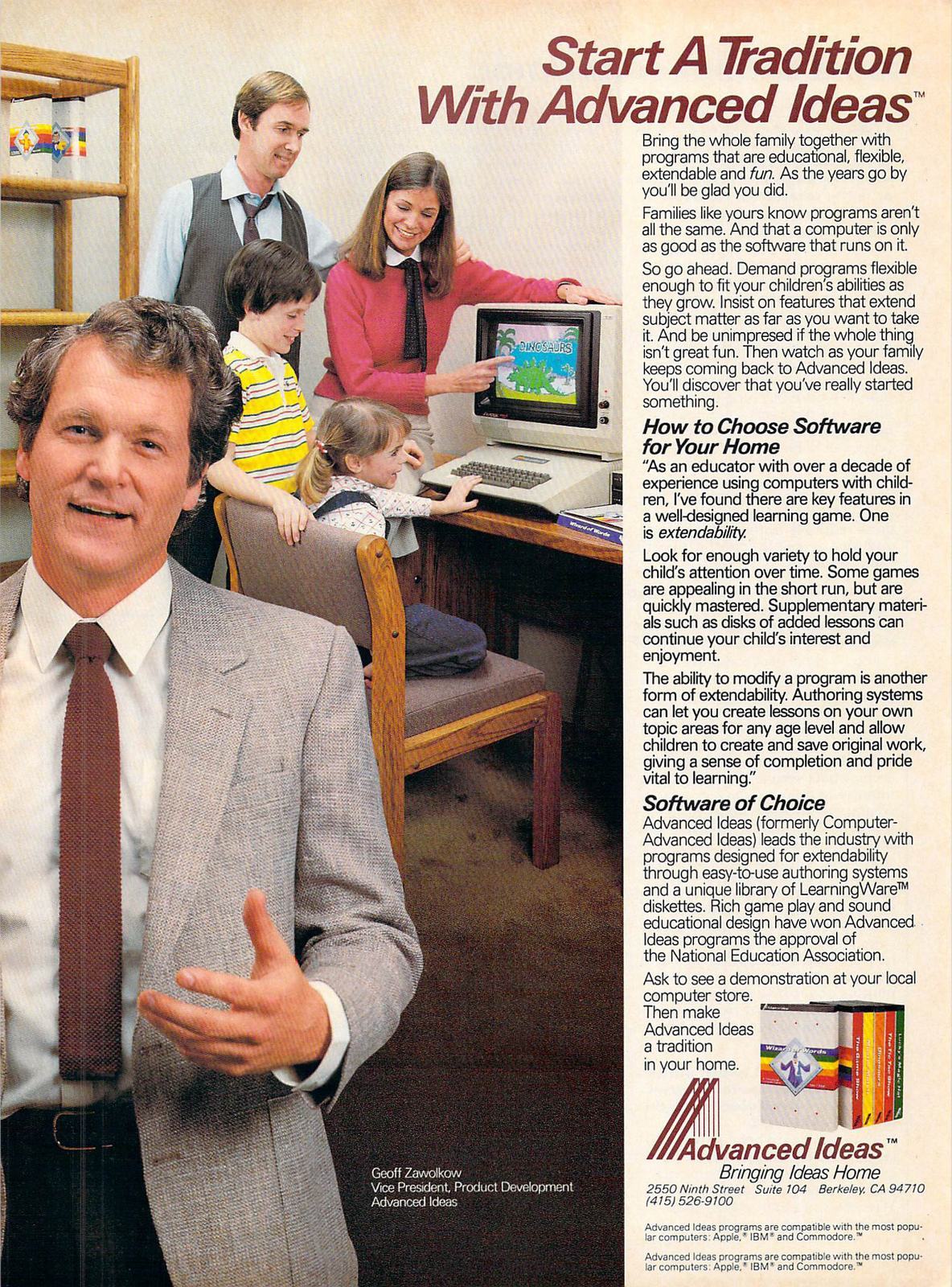 This coming from a guy in a knit square-end necktie. Sorry, but no. 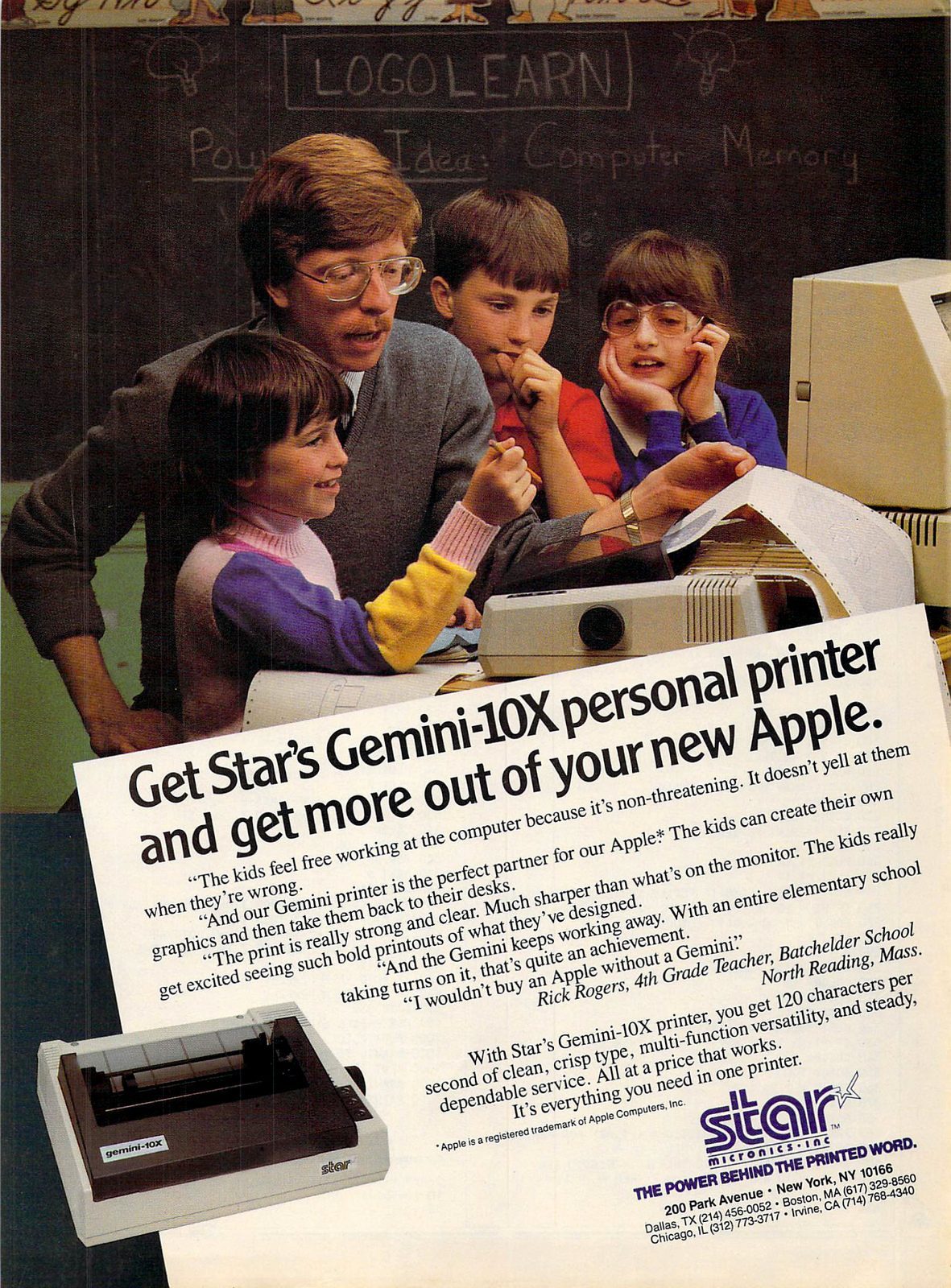 Just look at all this incredible learning going on. And it’s all because of a crummy dot matrix printer. Who knew? 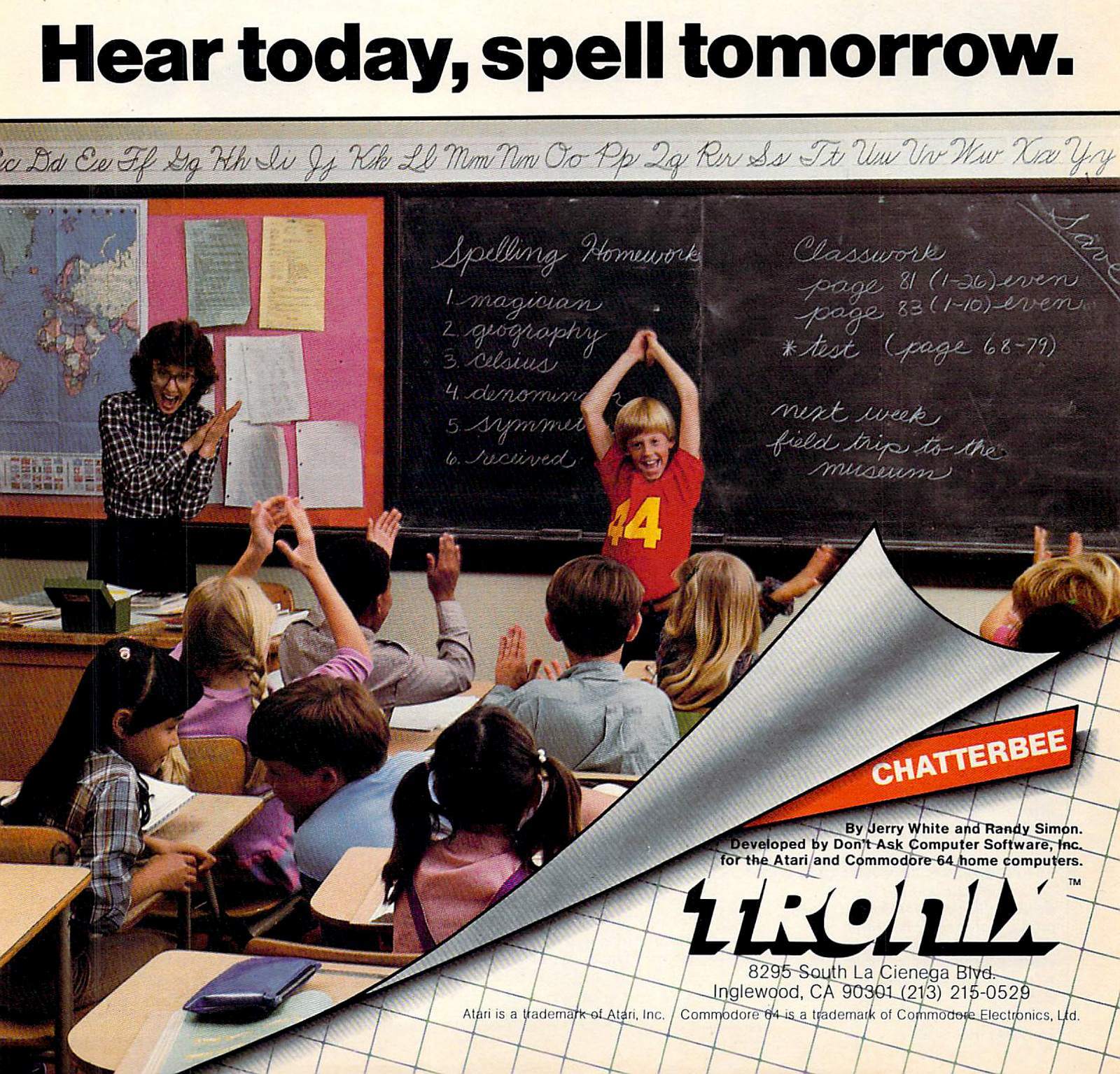 The applause will be deafening for your formerly dumb son as he spells all his words correctly.  Like Rocky Balboa, this mental underdog will emerge the victor.  And it’s all due to a 5 and a quarter inch floppy disk. 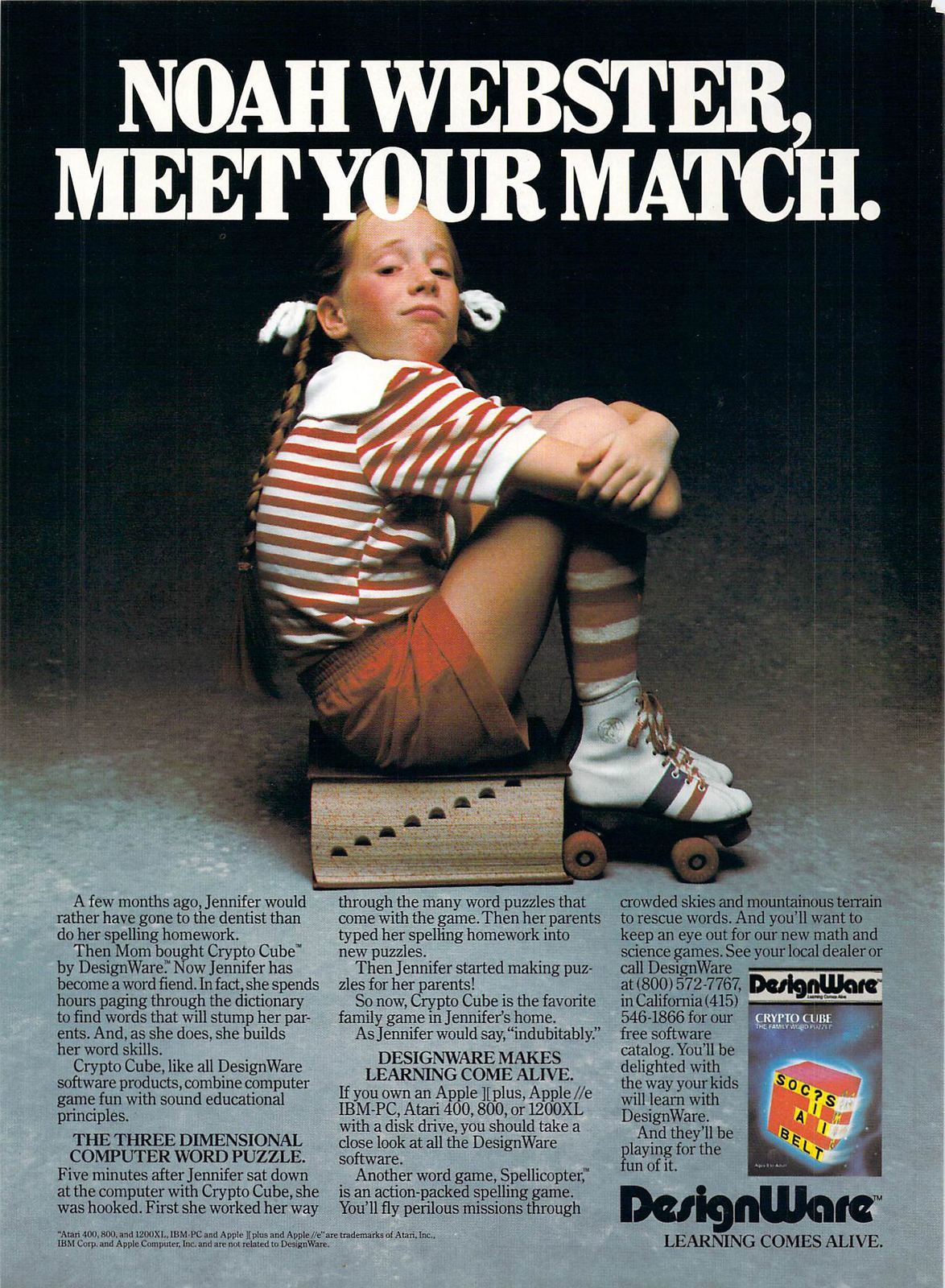 Thanks to the Crypto Cube and Spellicopter, Jennifer is not only a spelling genius, she’s also highly pompous and wholly unlikelable.  What she’s lost in friends, she’s gained in phonics. 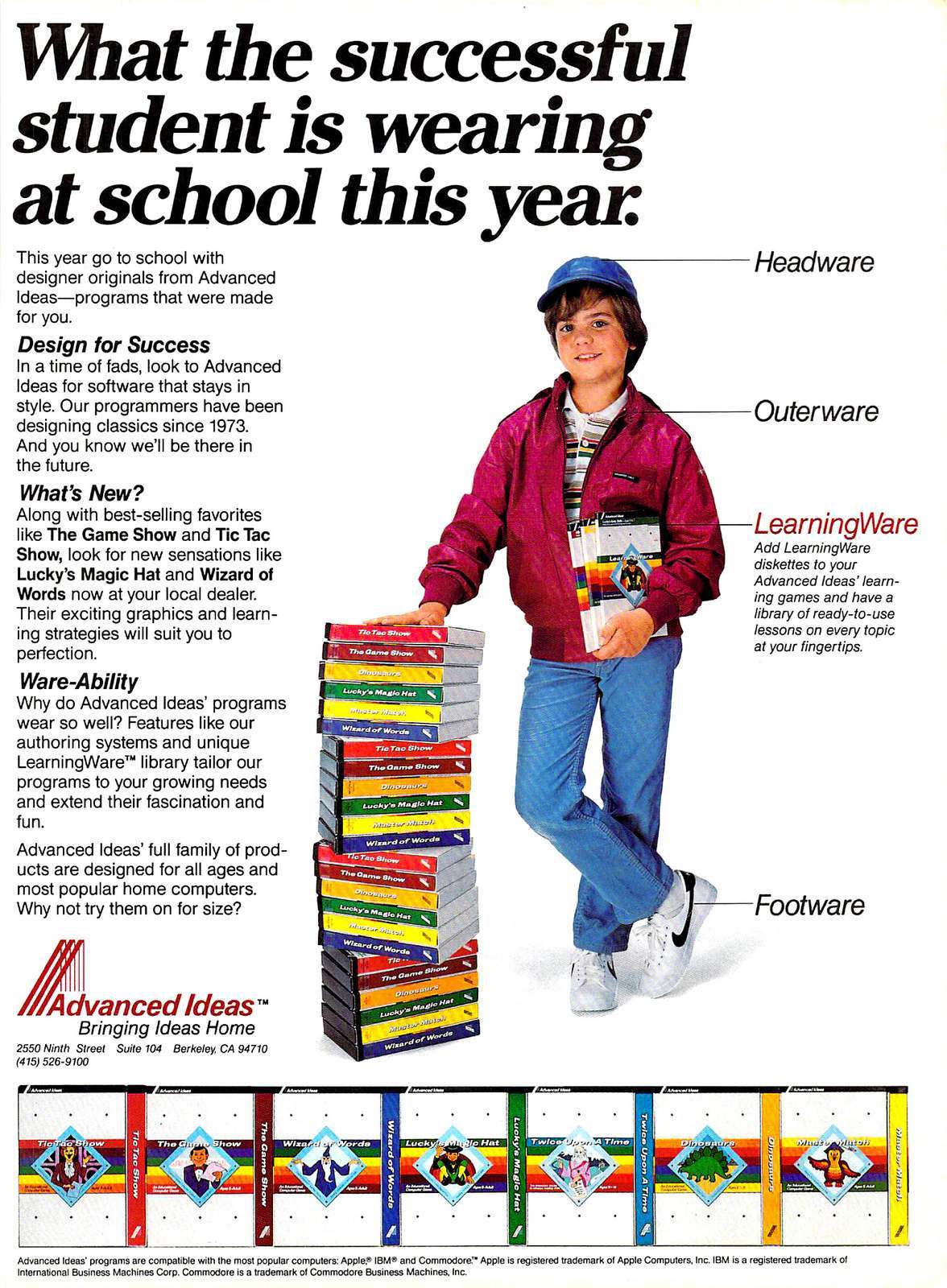 Looks like Nike got a bit of free advertising here. 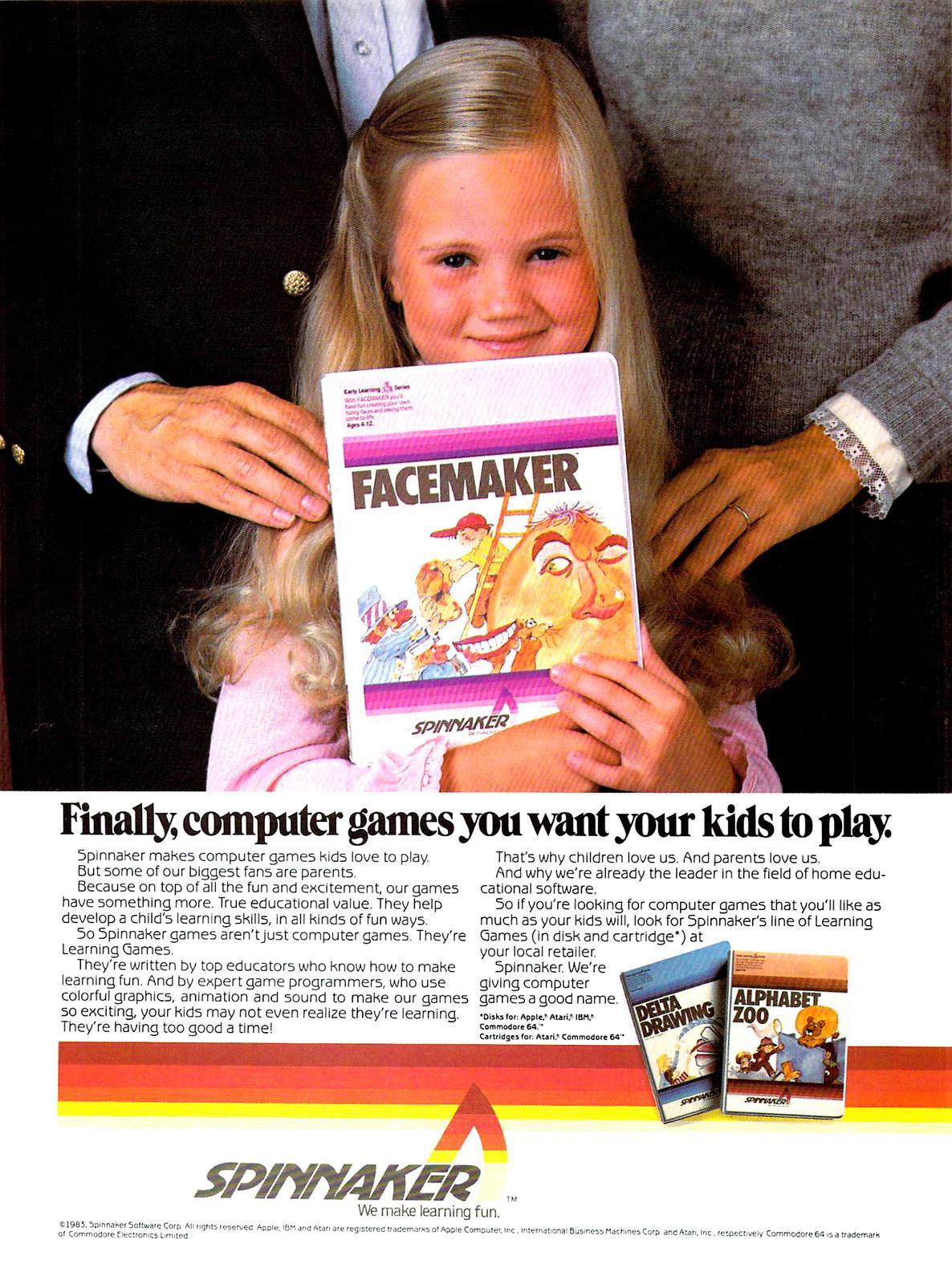 You can’t see them, but mom and dad are making out big time.  It’s highly disgusting and inappropriate, but at least young Judy can escape into her solitary world of Spinnaker Learning Games. 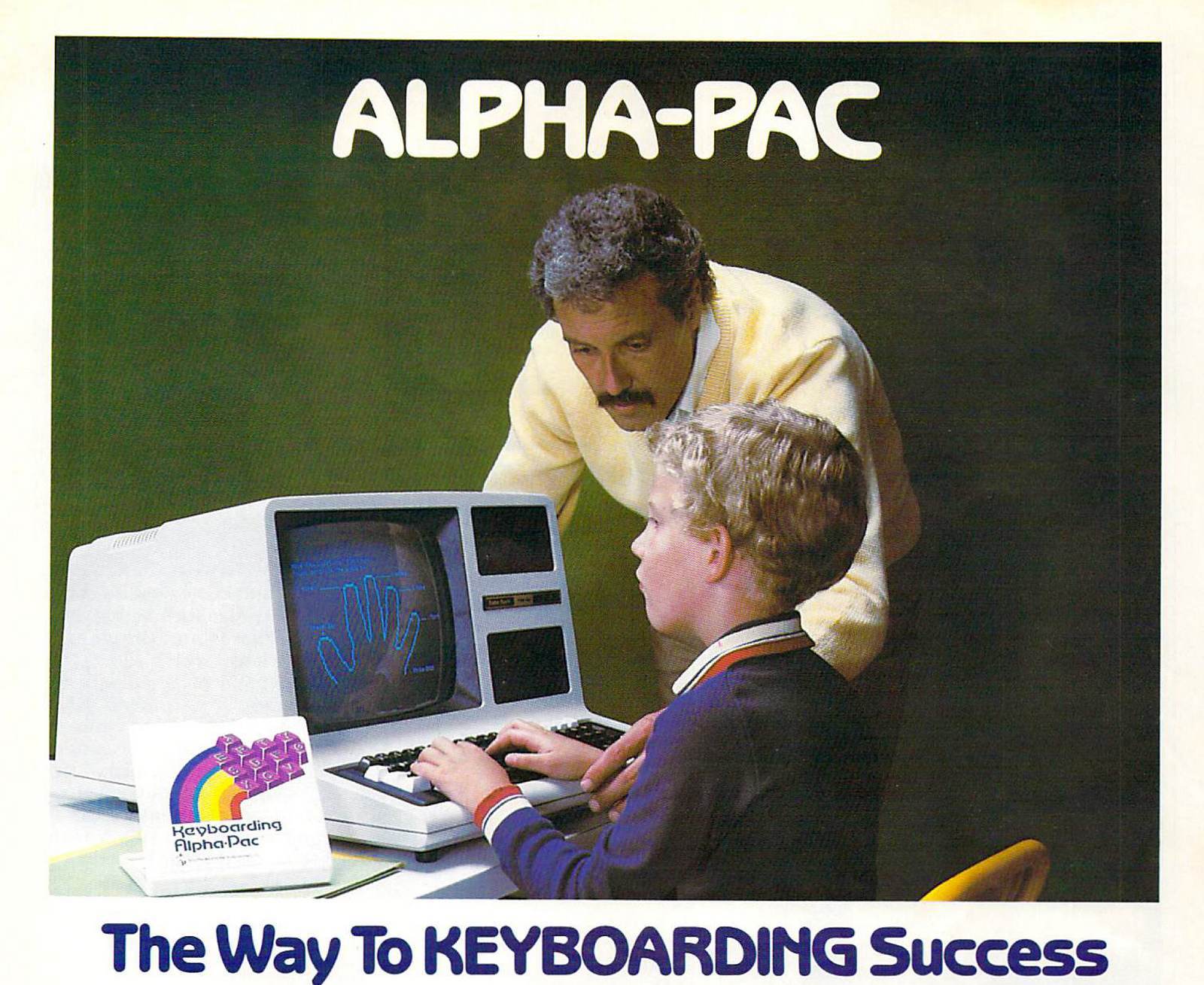 This dad is putting way too much pressure on his son.  Take it down a notch, dad. 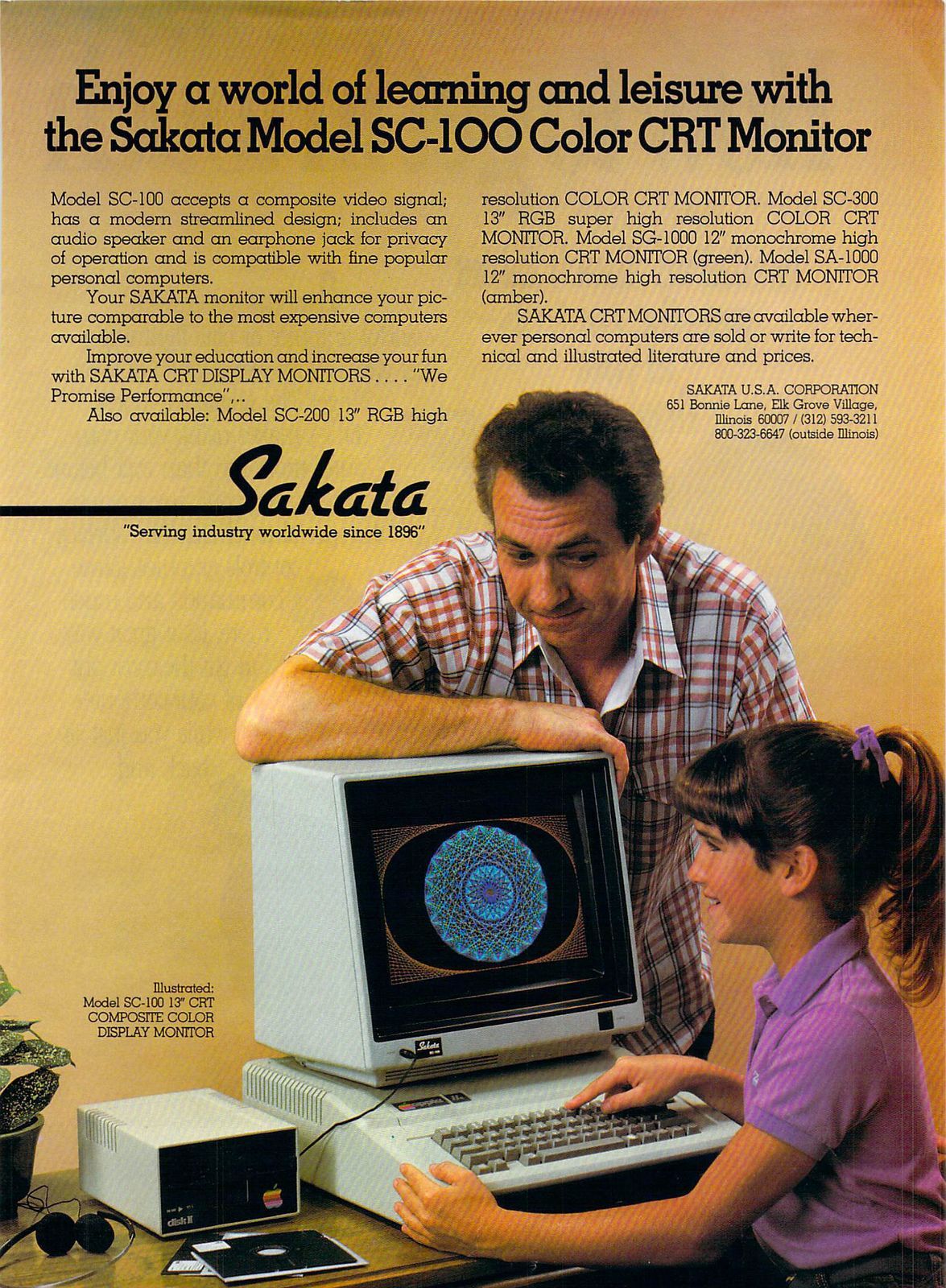 Even computer monitors were touted as educational marvels. 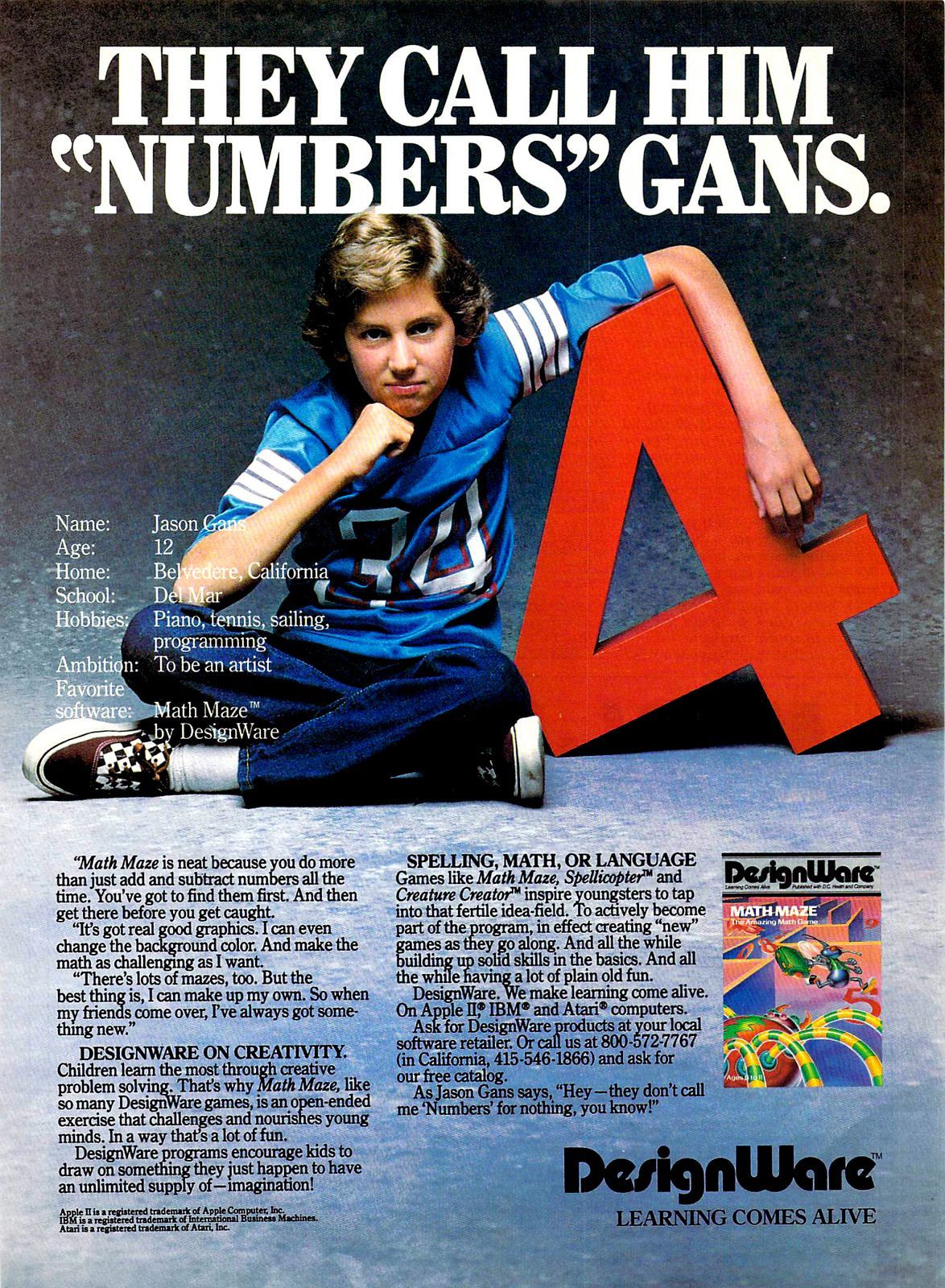 He’s from Belvedere, California whose hobbies include tennis and sailing…… do you get the impression these educational computer adverts were geared toward upper class Caucasians? 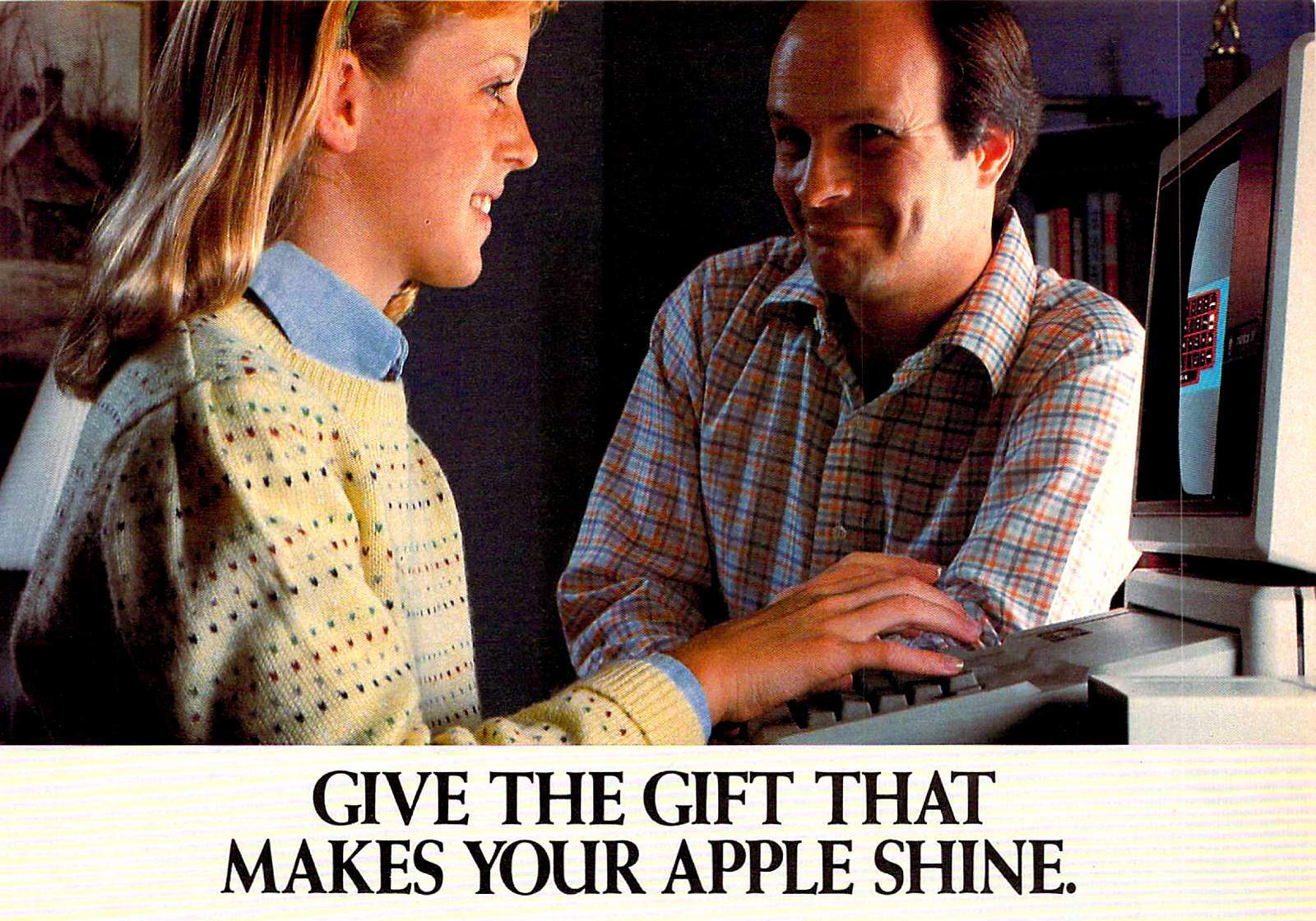 I guess I’m just a jaded and cynical human being…. but the way that dad is looking at his daughter….. (shudder) 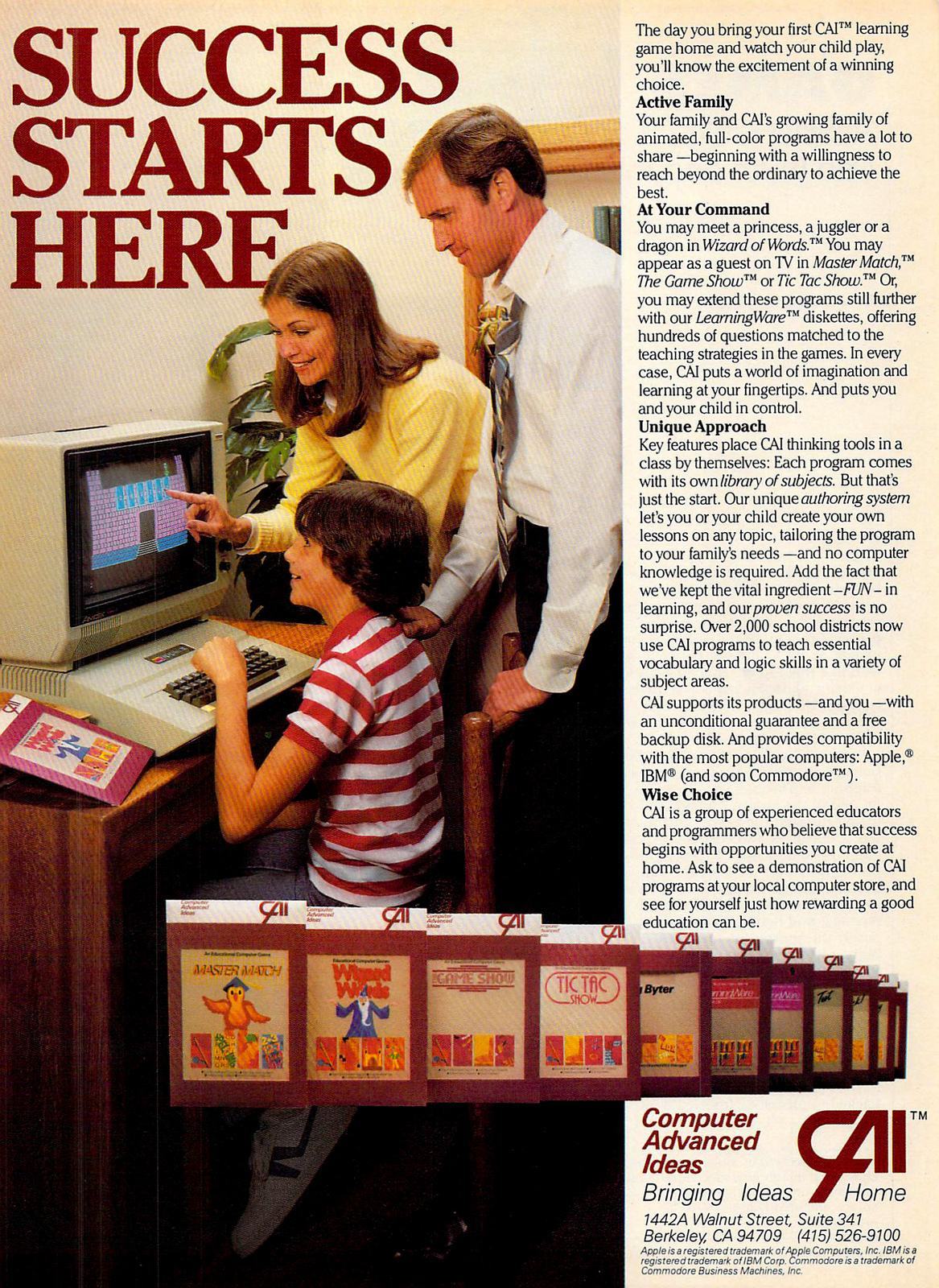 The dad is thinking, “Dear God, let this software help my half-retard son pass his classes. I wanted to buy a hot tub… but no, the wife says I have to buy this damn software….” 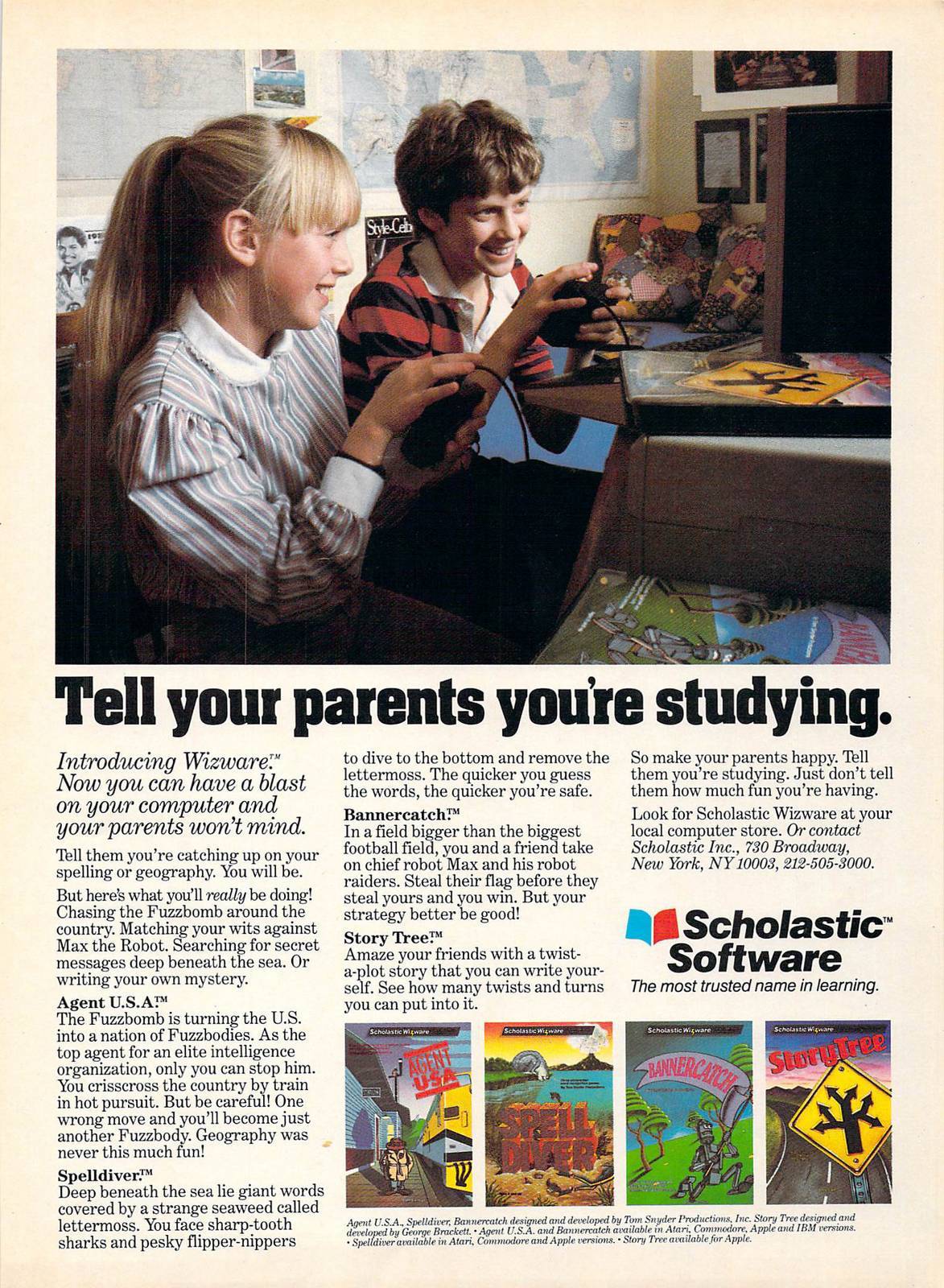 In other words – Lie to your parents.   Sure, you’ve got an algebra test to study for – but, screw it, this is technically studying. 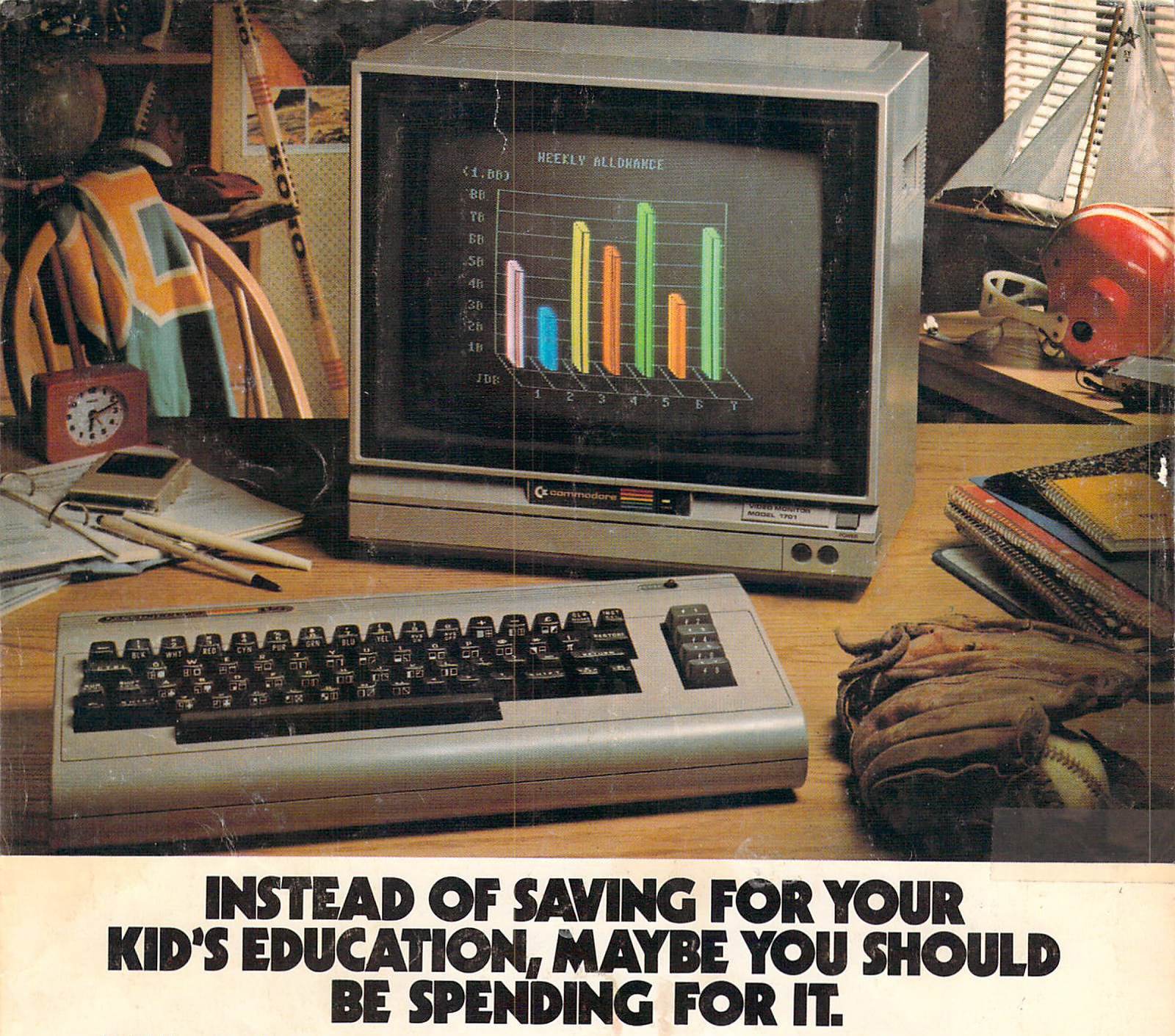 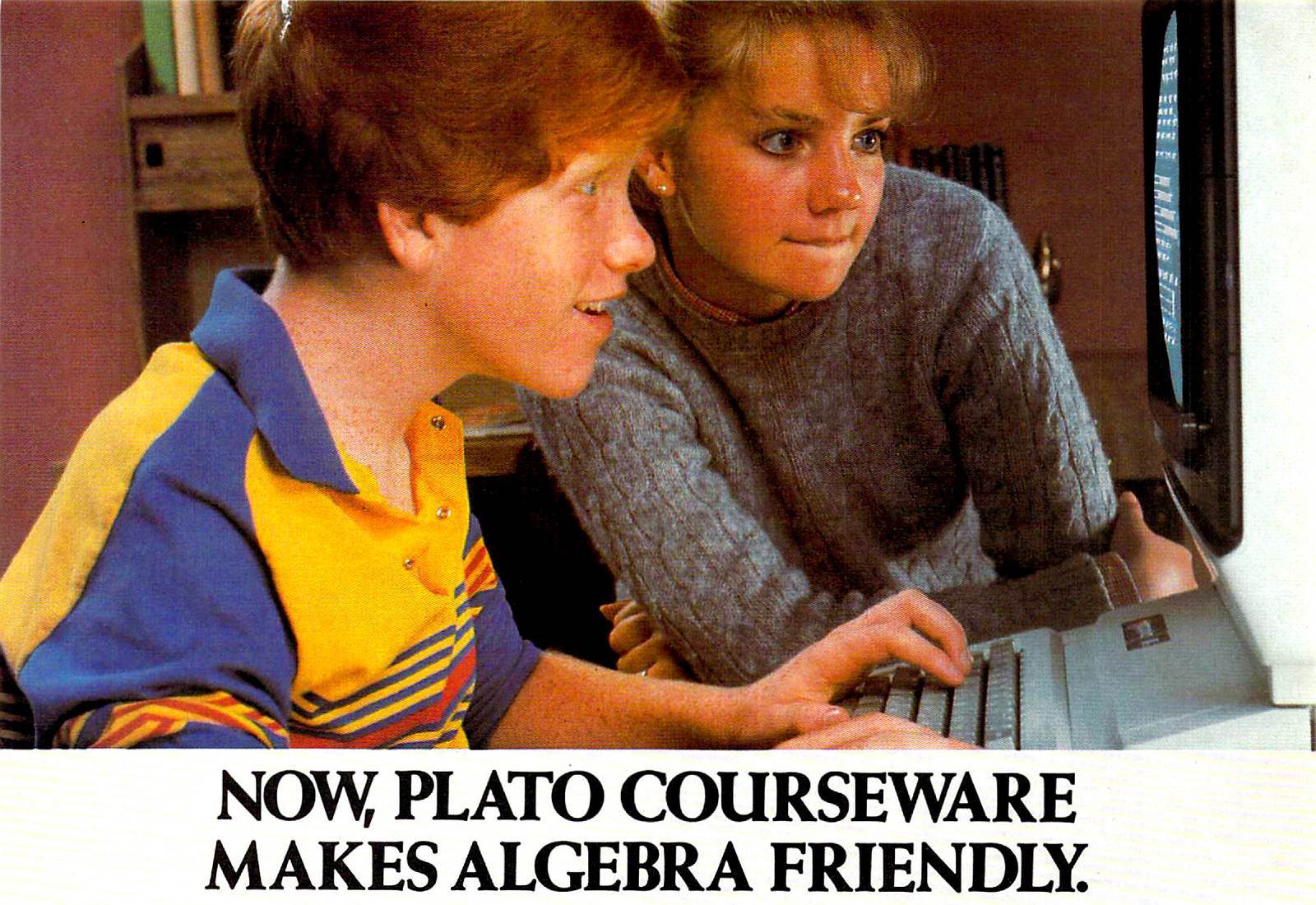 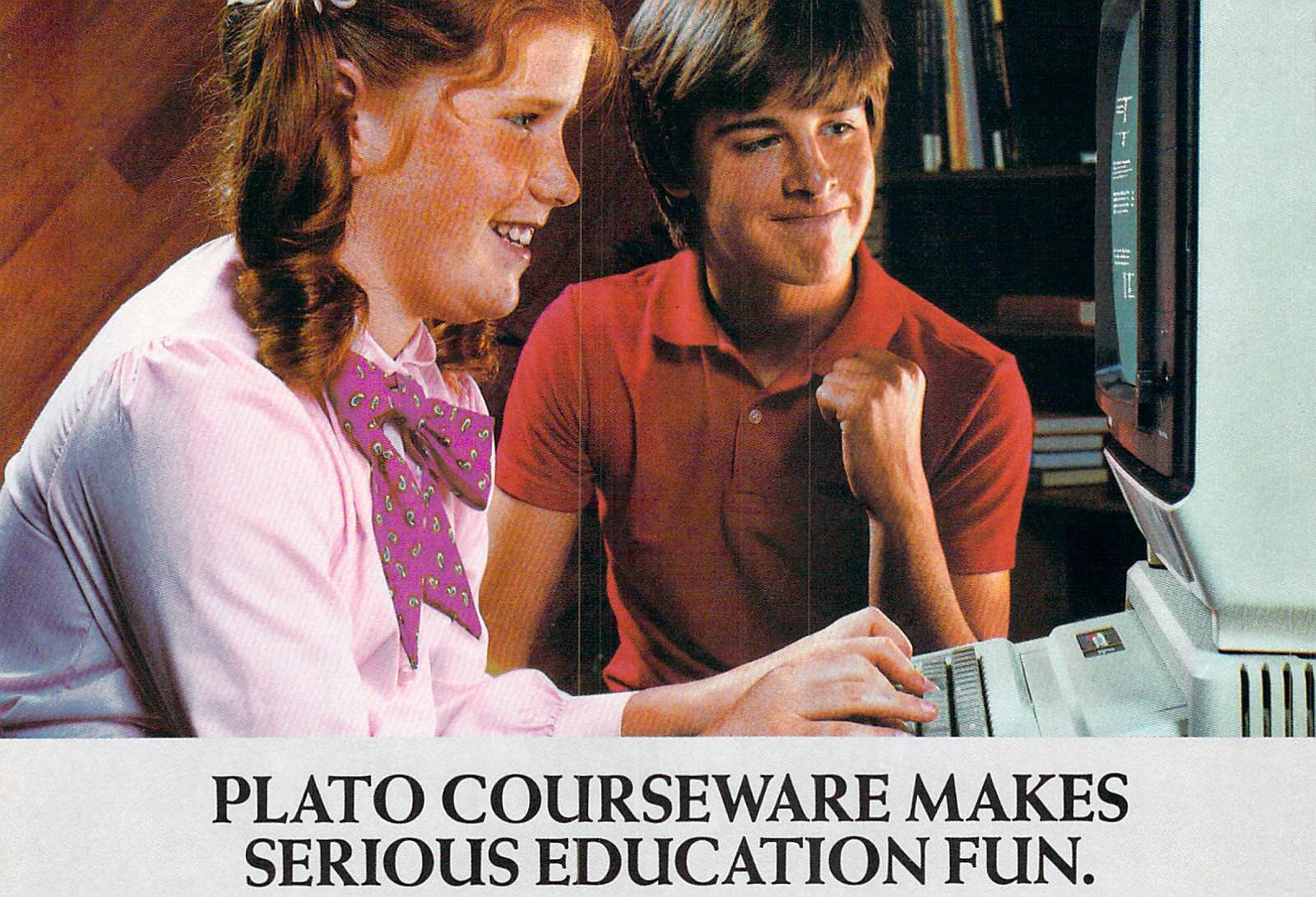 I wonder how many parents bought Plato thinking their kids would end up academic all-stars. A set of floppy disks does not a valedictorian make. Software was truly the magic pill that was going make these suburban kids successful. Were Plato and its ilk snake-oil charlatans, or the real deal? I wonder. 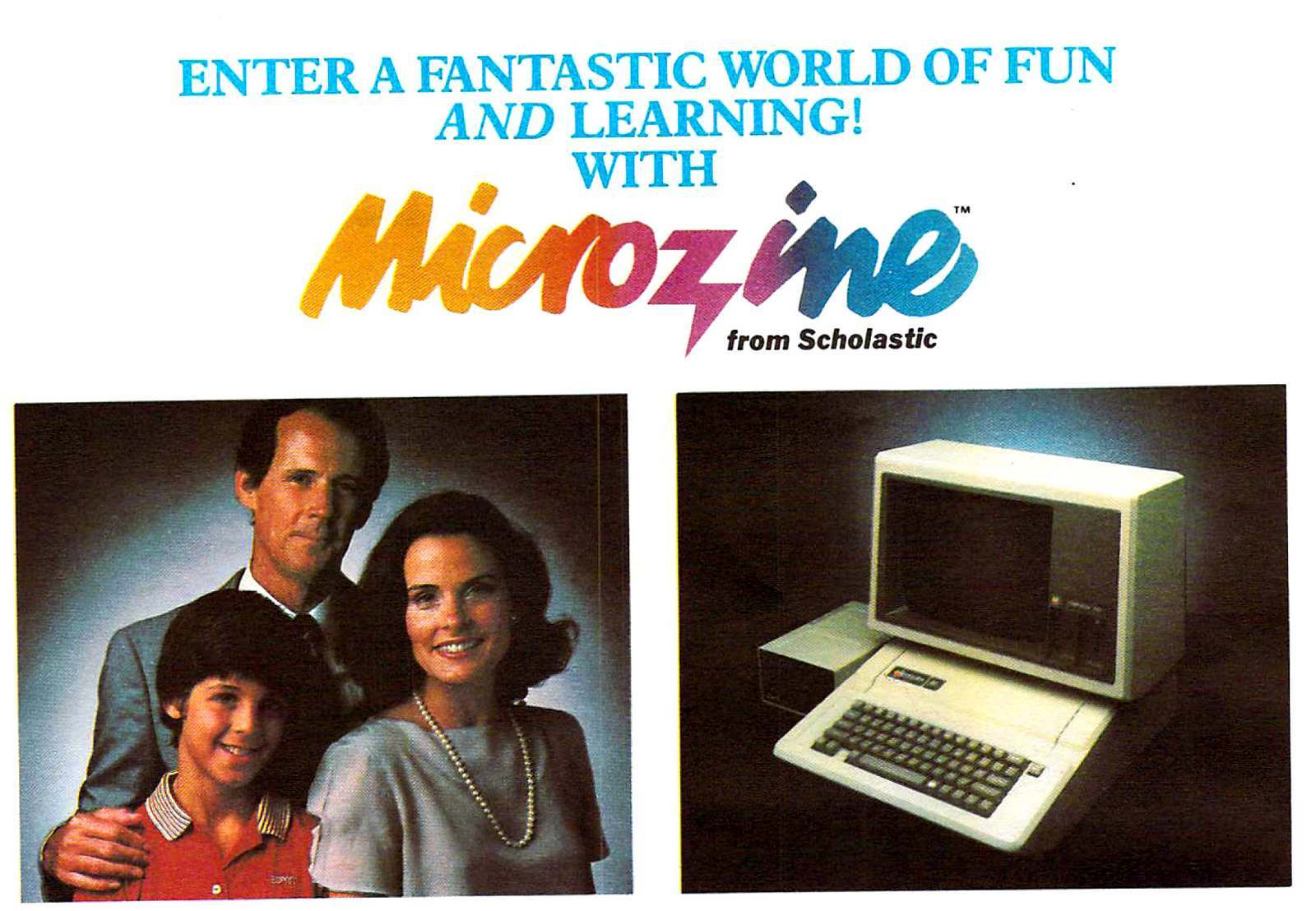 You too can be as perfect as this family – just take out a second mortgage to buy an Apple II and some crummy educational software.  Your hot wife will thank you… and your hopelessly dumb son might actually learn something.