Admittedly, the closest I ever came to own a chopper was my Green Machine back in the early seventies. I did enjoy watching Wheelie and the Chopper Bunch, but that’s where my chopper experience ends. But around this same time, a motorcycle culture was emerging in the States, and the chopper was their ultimate symbol: speed, coolness, anti-authority, hell on wheels. Easy Rider simply underlined its awesomeness.

Here are 9 amazing photographs from the 1970s featuring these extended front (long forked) motorcycles. Don’t look for helmets in any of these photos – you won’t find them. What you will find is the Seventies at its finest. Take a look. 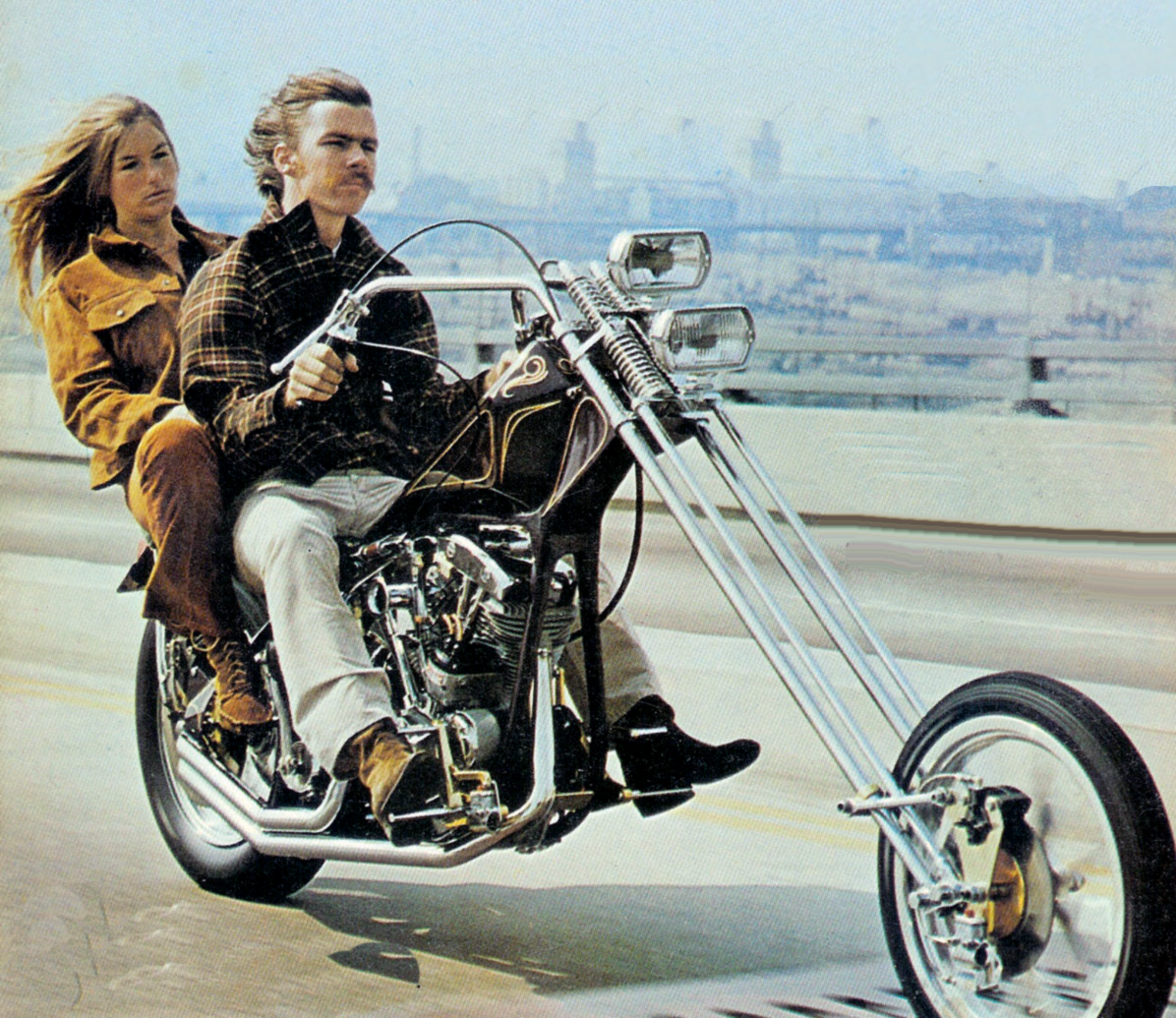 I recommend you print multiple copies of this photograph, frame them and hang them in every room of your house as a constant reminder of what it means to be totally awesome. 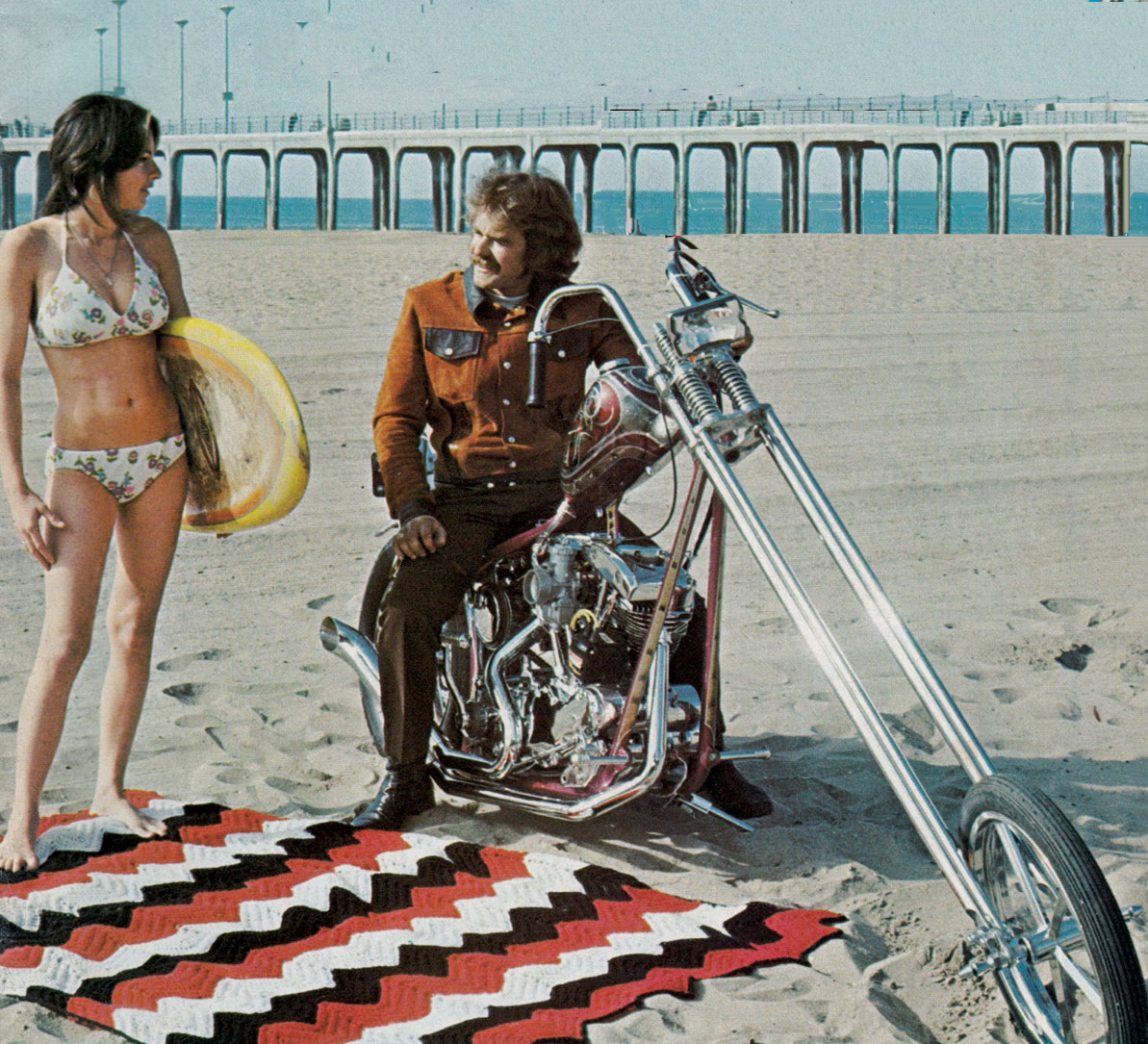 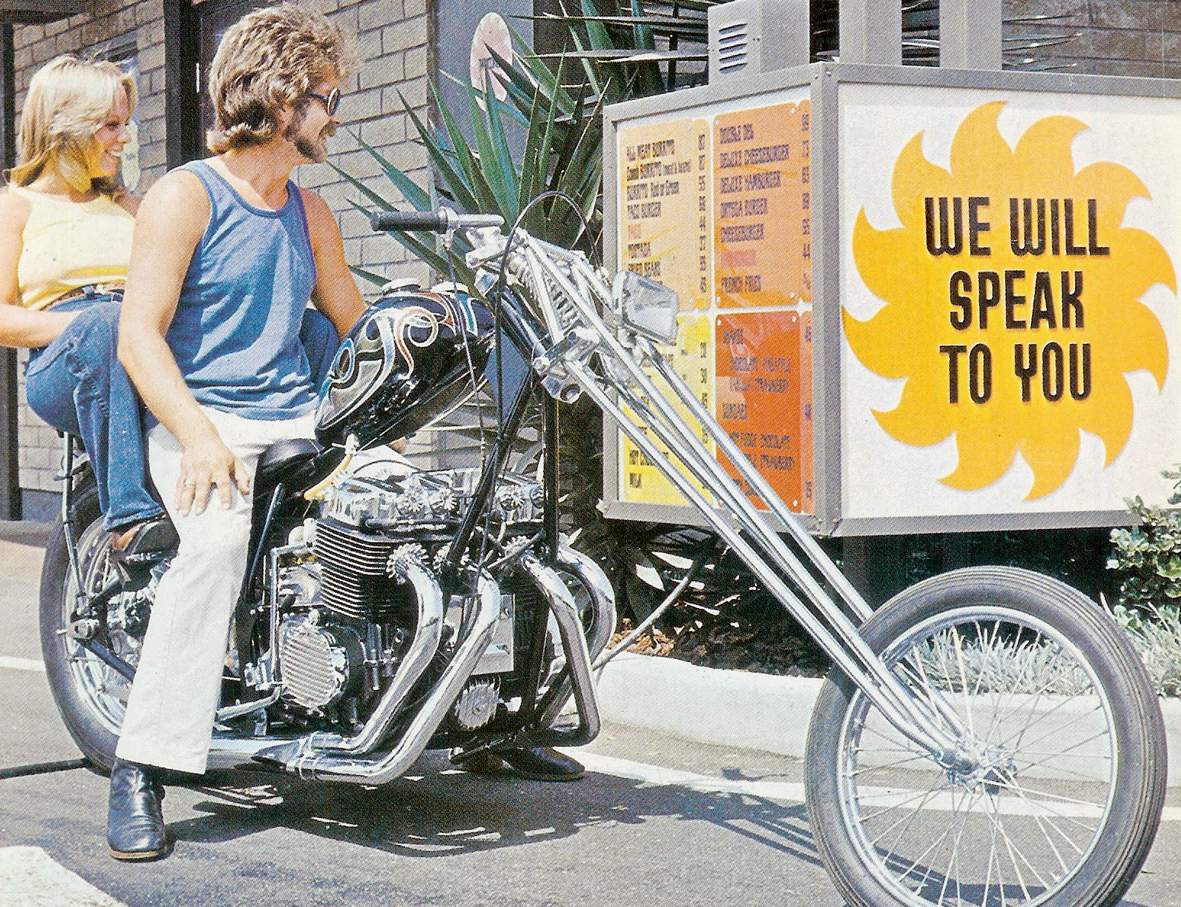 A badass chopper, a chick on the back, and an Ortega Burger for under a buck.  The American Dream was alive and well in the 1970s. 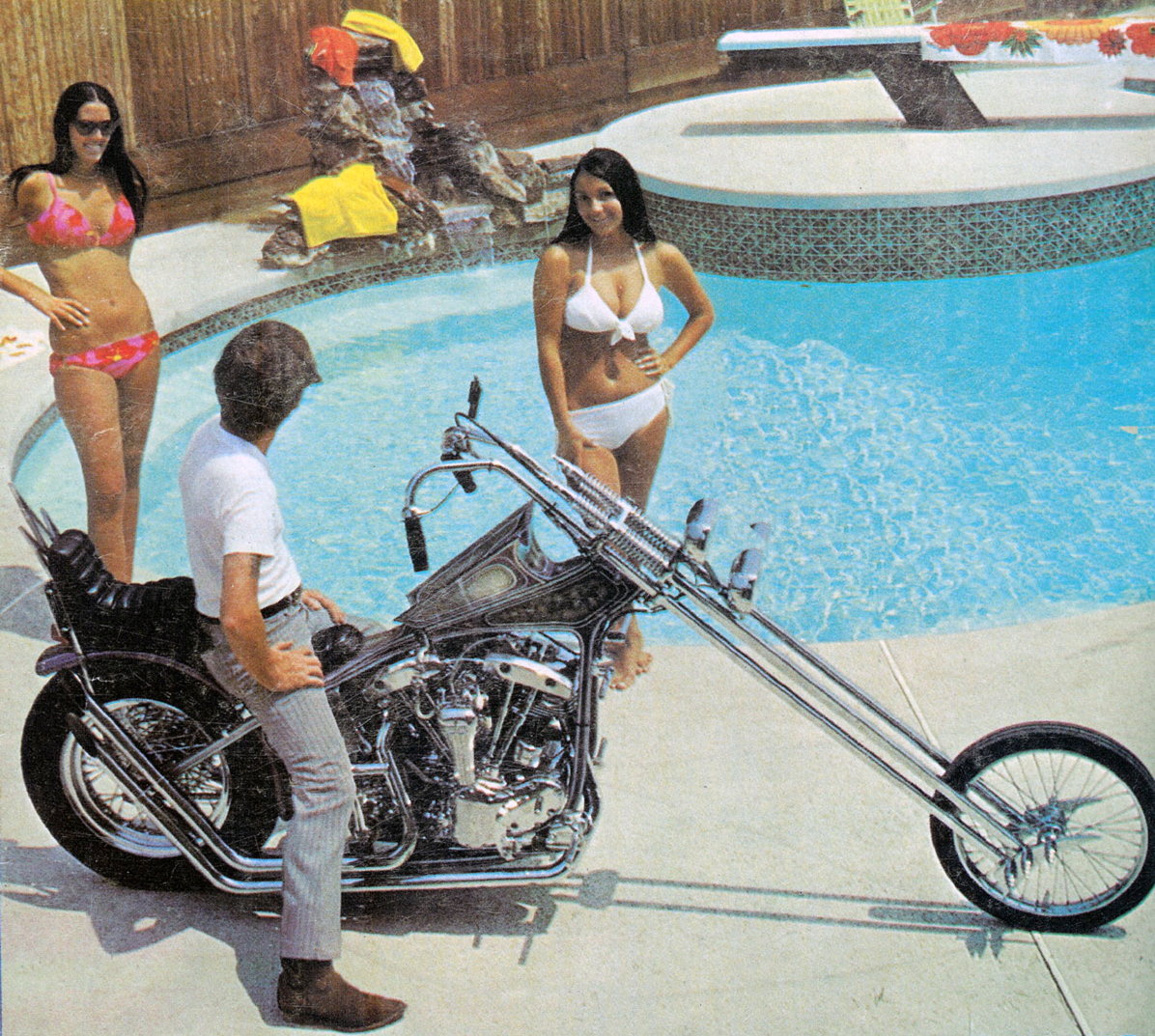 This poor man.  There’s only room for one bikini babe on the back of that chopper.   What would a red-blooded American chopper owner in the 70s do in such a quandary?  Answer: Sloppy, sweaty 70s style sex with both of them, a few lines of coke, then drive off into the California smog. 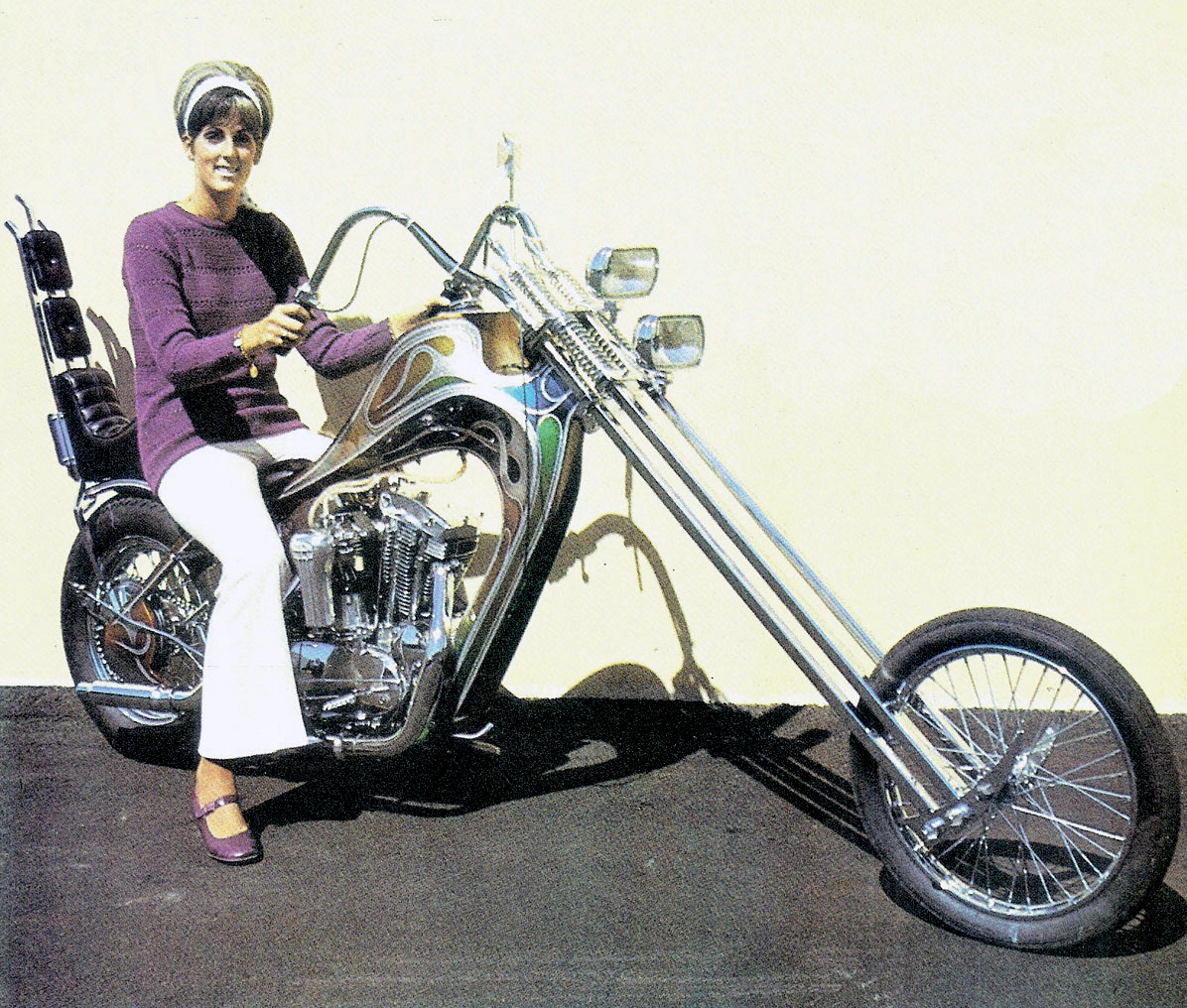 I include this as an uncomfortable reminder that not all choppers were ridden by hairy men.  This was, after all, pre-minivan. 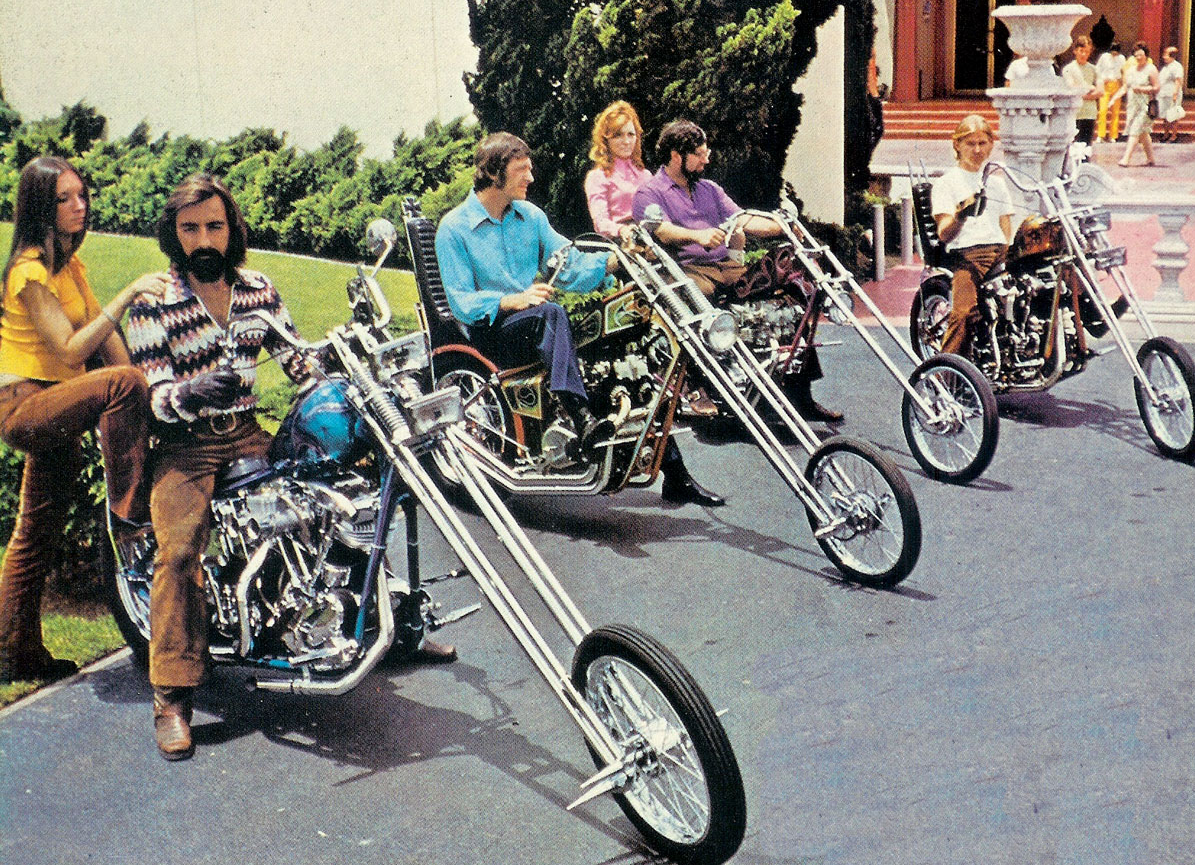 The guy in the center has no “old lady” on back.  Awkward. 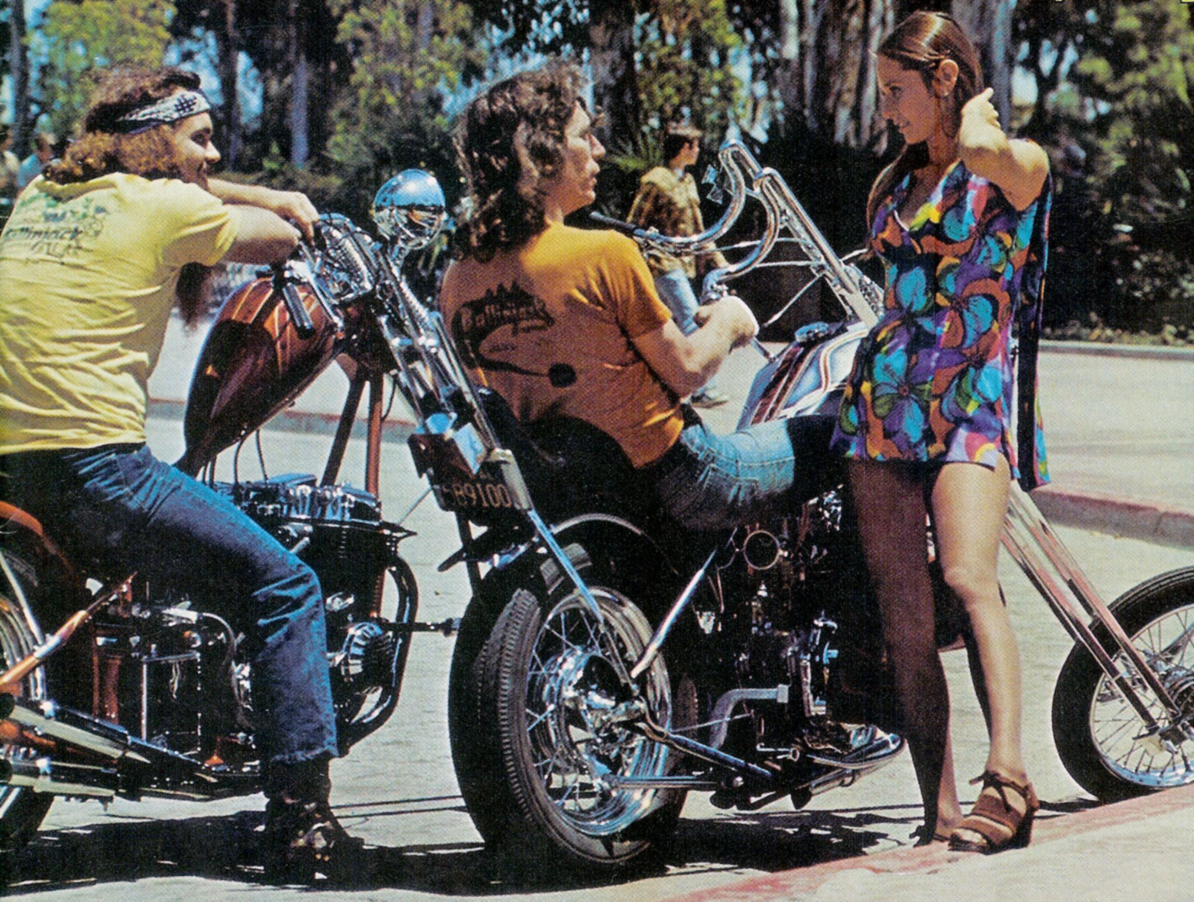 Many of you who grew up in the 1970s may recall that bicycles often had the extended forks to give the appearance of choppers.  Such was the coolness of the chopper, that the kids tried to emulate its awesomeness. 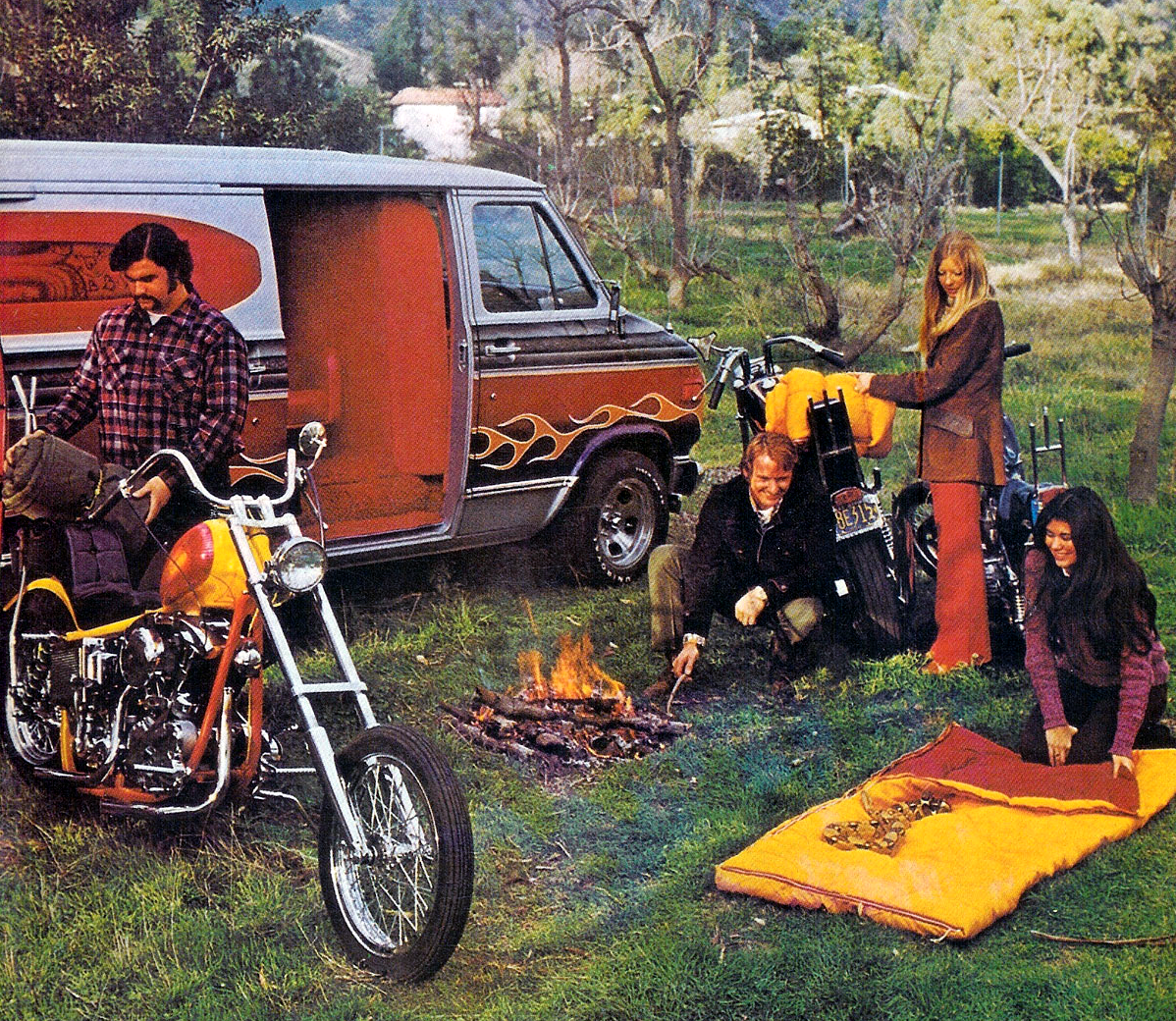 As cool as that chopper is, that custom van is where the action takes place.  The mind reels at the thought of the amount of recreational drug use and sex occurred in that vehicle.  And what’s with the snake? 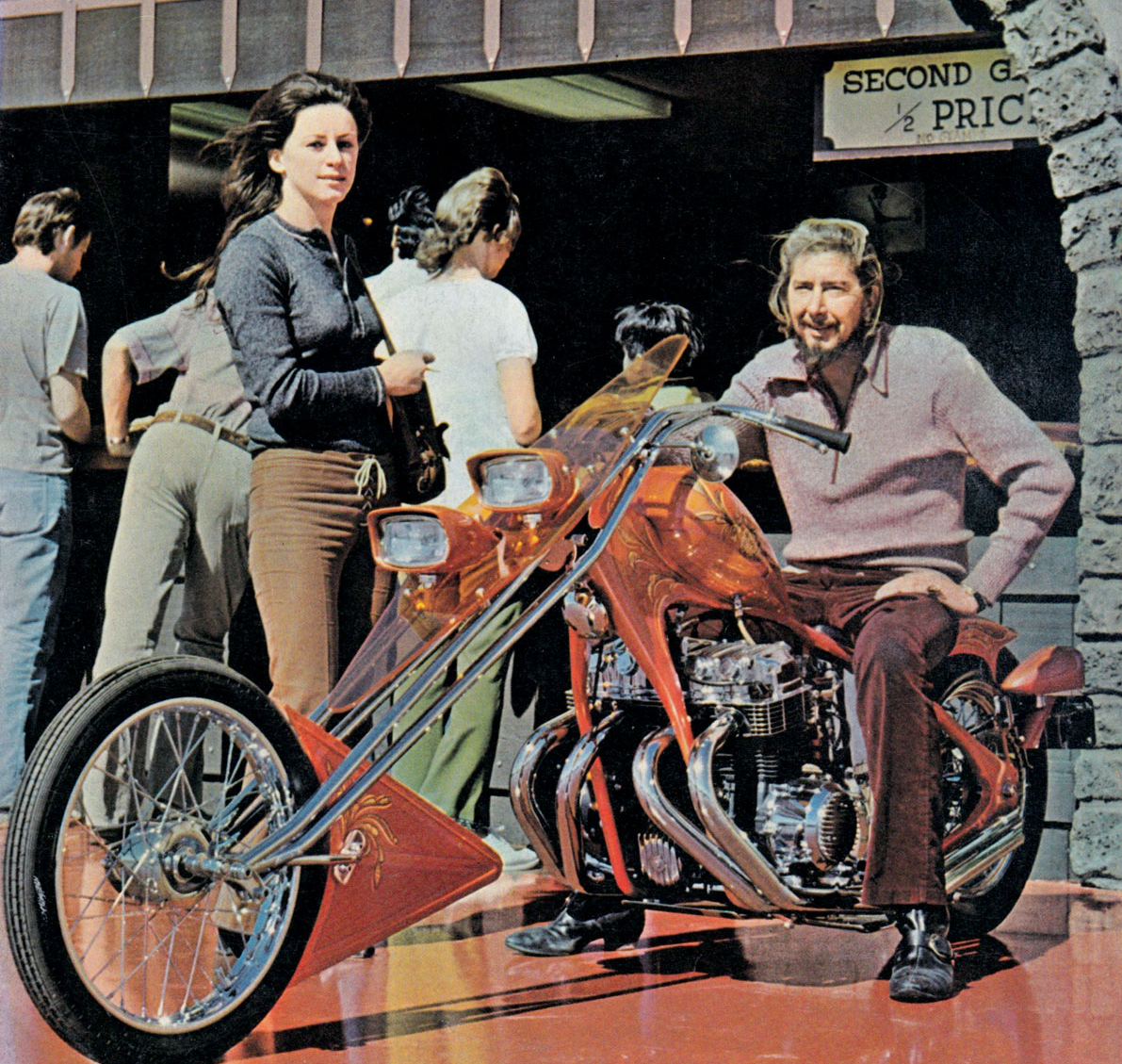 Of course, we can’t go a whole article on choppers without quoting Pulp Fiction, the ultimate chopper quote in film: