In our previous girlie magazine post I promised that I’d continue with the alphabetical gallery of adult reads if the response was good.  Well, (big surprise) it was a sufficiently popular article to warrant a sequel.  I give you-  French through Gypsy! 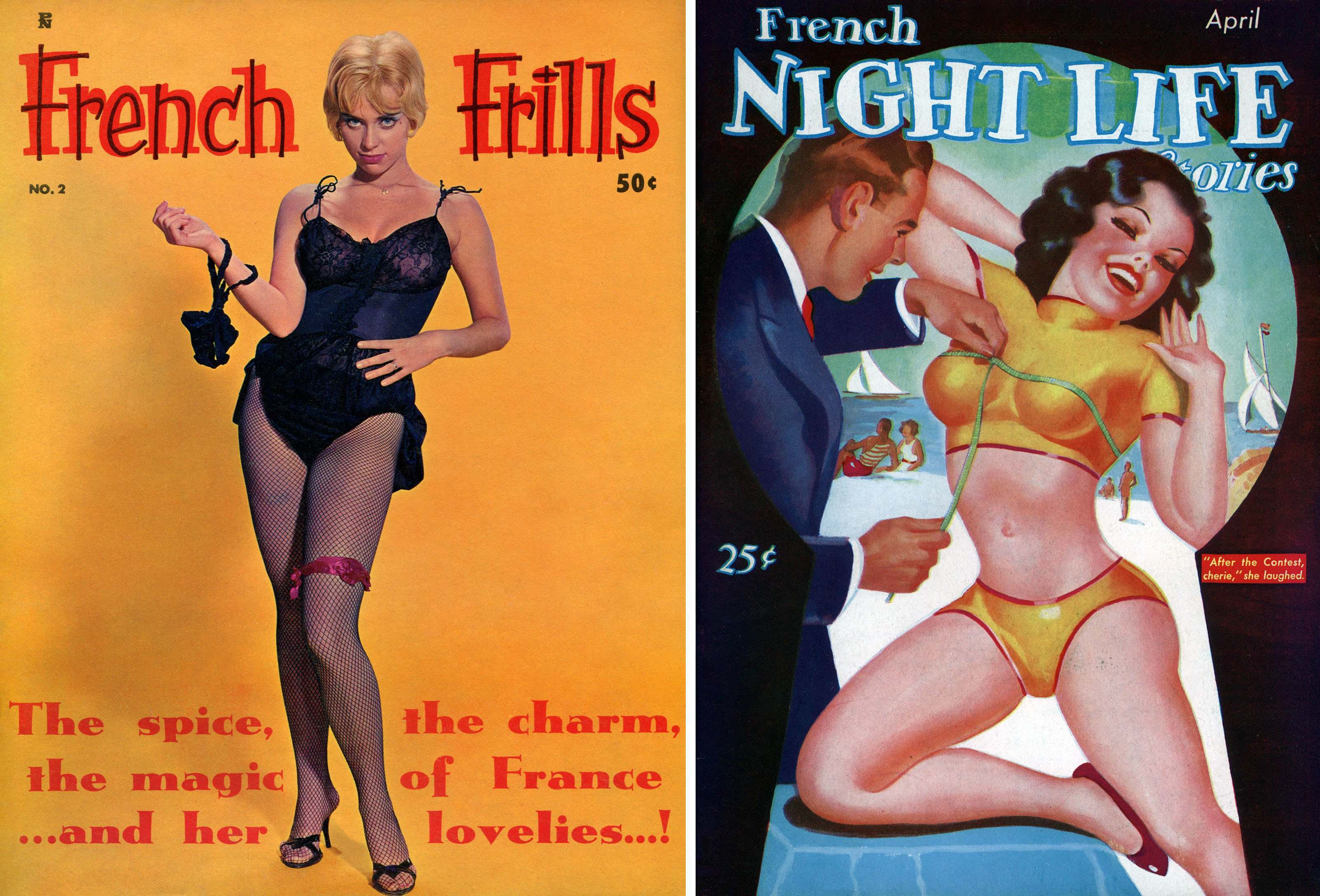 FRENCH FRILLS – To mid-century Americans, France was a land of sexual liberation.  America was conservative and stifled; France was sexually liberated and hedonistic… at least that’s how the girlie magazines spun it.

FRENCH NIGHT LIFE STORIES – She is getting way too much pleasure from a measurement.  Like I just said – things were stifled.  The slightest touch could send you into full orgasm. 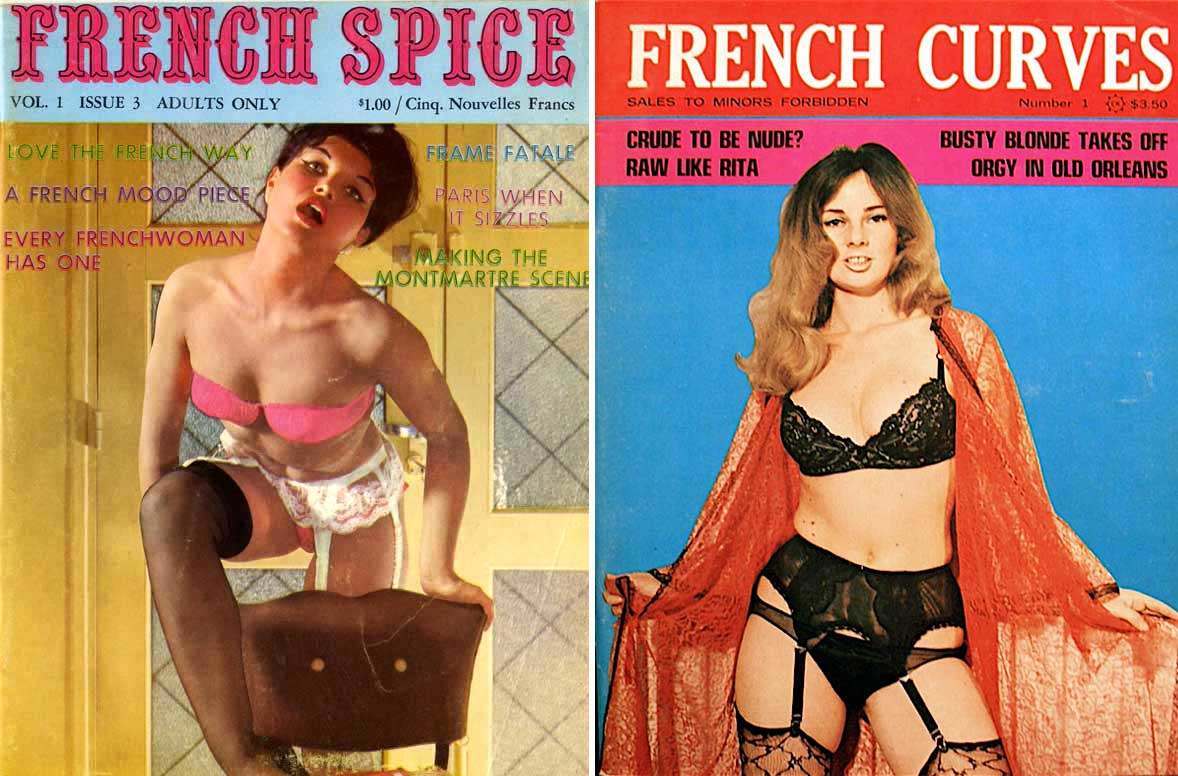 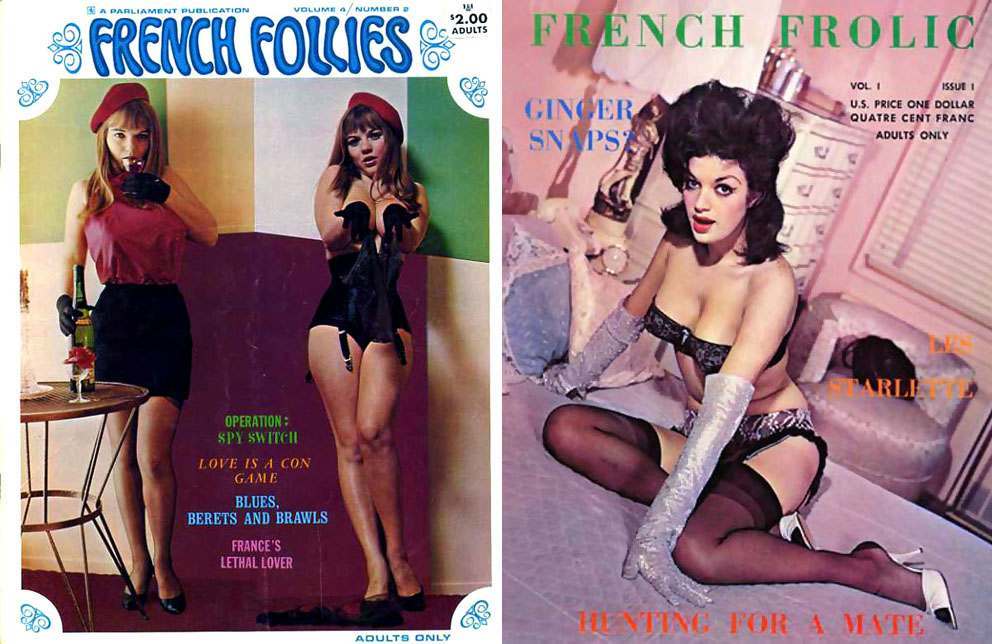 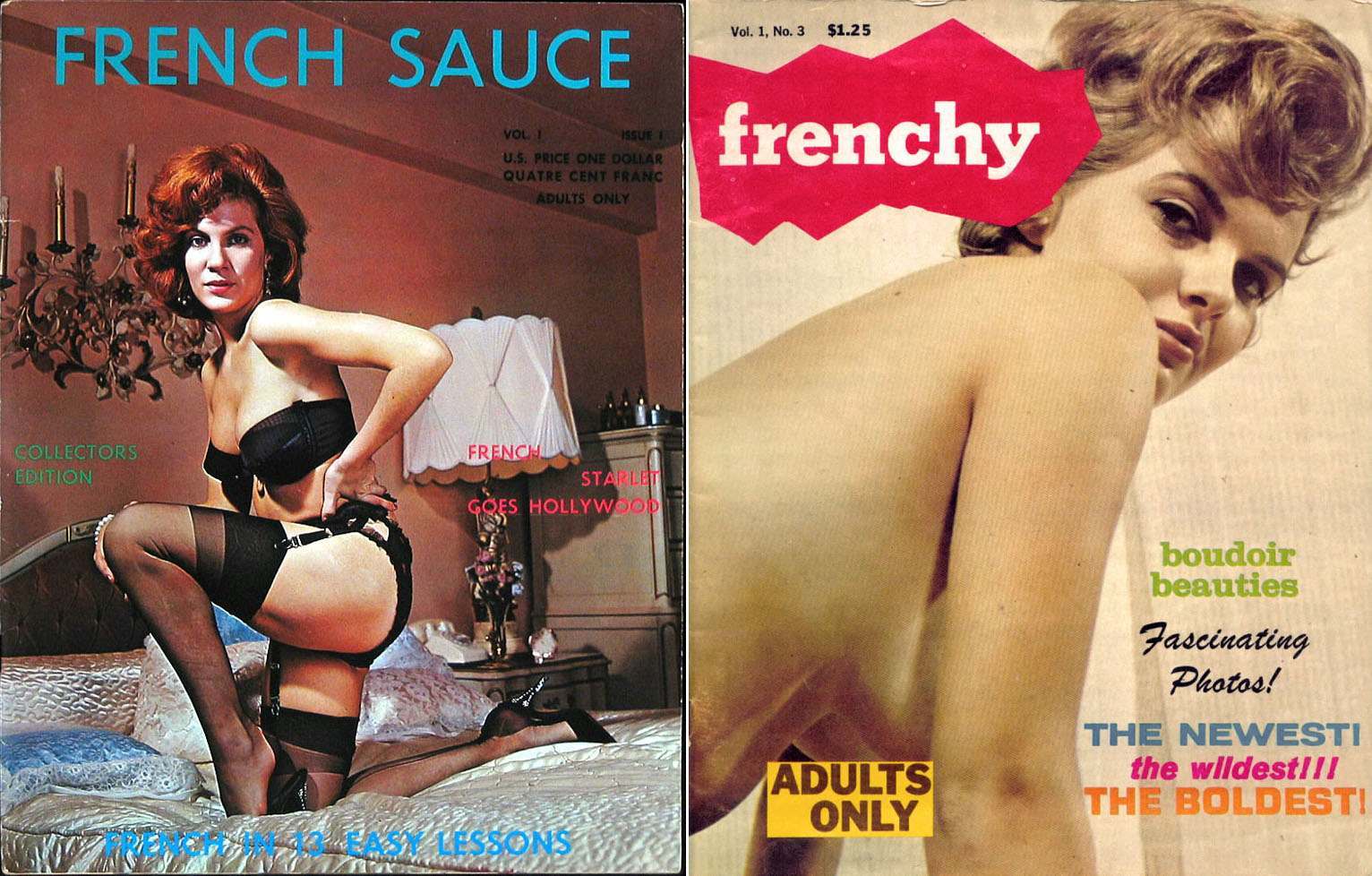 FRENCH SAUCE – Not a book about Bechamel.

FRENCHY – We’ve at last reached the end of the French schtick.  I promise you – there were many more. 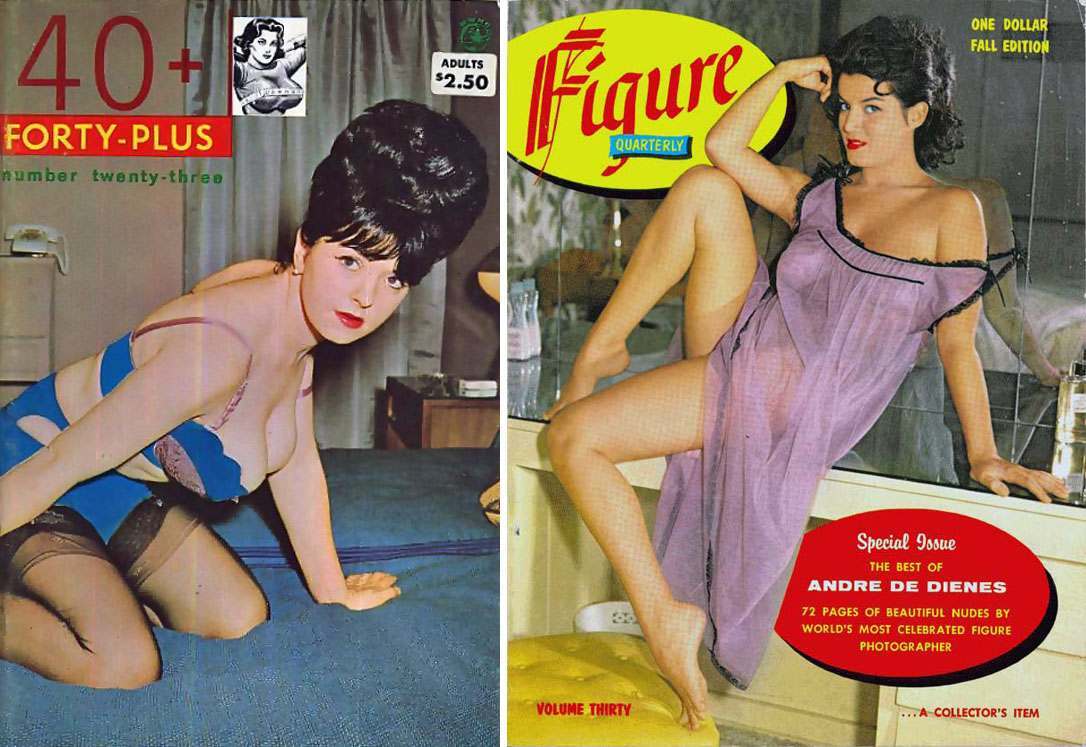 FORTY PLUS – Note that there’s an illustration  insert of a woman’s bust being measured – just in case you thought this magazine might be about women over forty.  (Although, I’m not convinced it’s really not about hairdos over 40 inches.)

FIGURE QUARTERLY – A sad, sad pretence that the magazine was REALLY about photography… at least that’s what you could tell the wife. 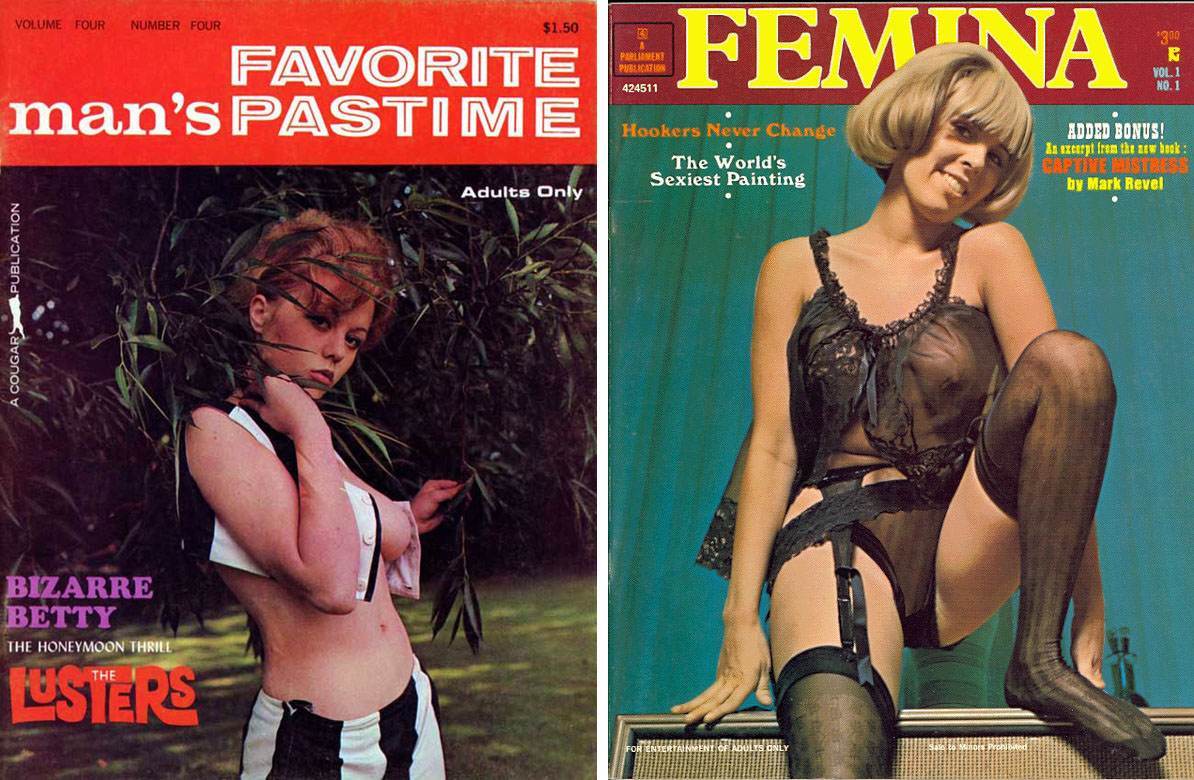 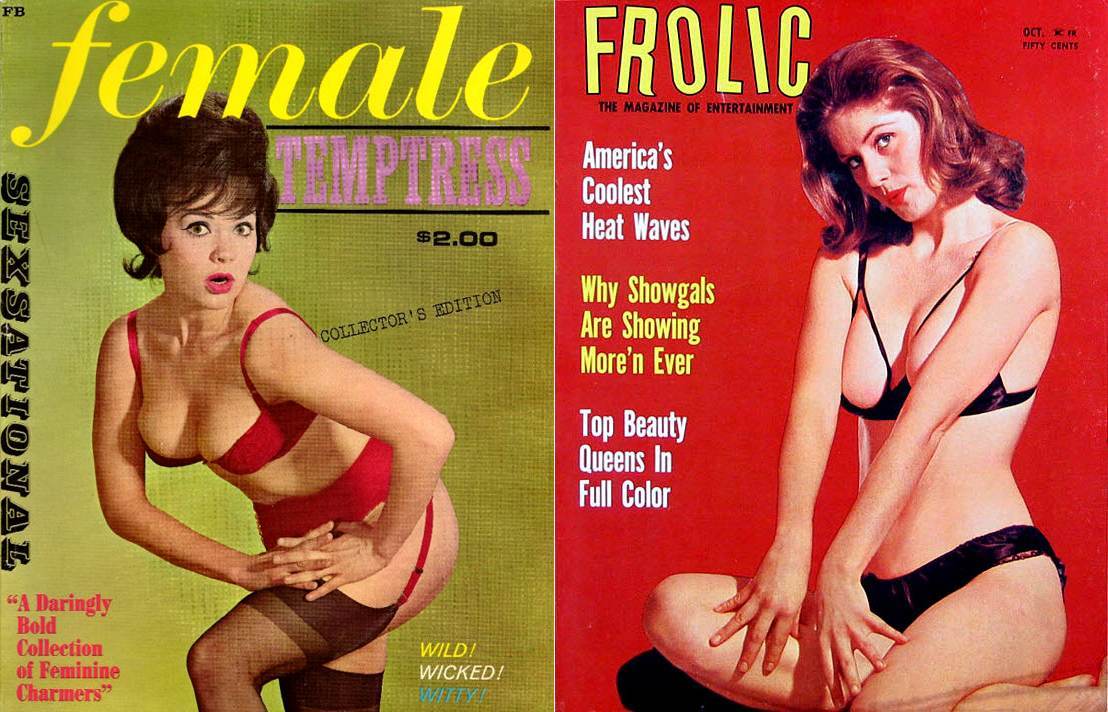 FEMALE TEMPTRESS – This one’s a “collector’s edition”… I’m guessing because of an extra supply of “feminine charmers”?

FROLIC – Most of these magazines were flash-in-the-pans, only lasting a few issues.  Frolic actually was quite successful until things got graphic. 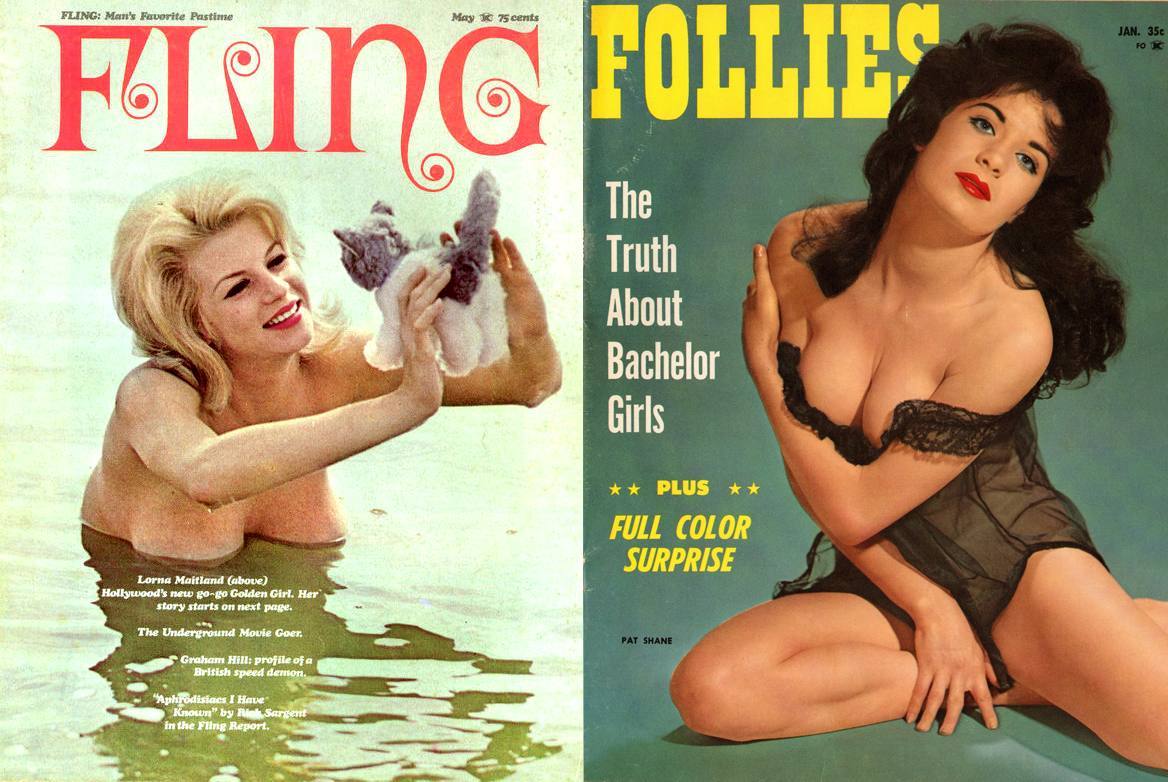 FLING – A magazine about skinny dipping with your plush toys – admittedly, a niche market.

FOLLIES – Boy will they be disappointed to find that the “full color surprise” is a map of Belgium. 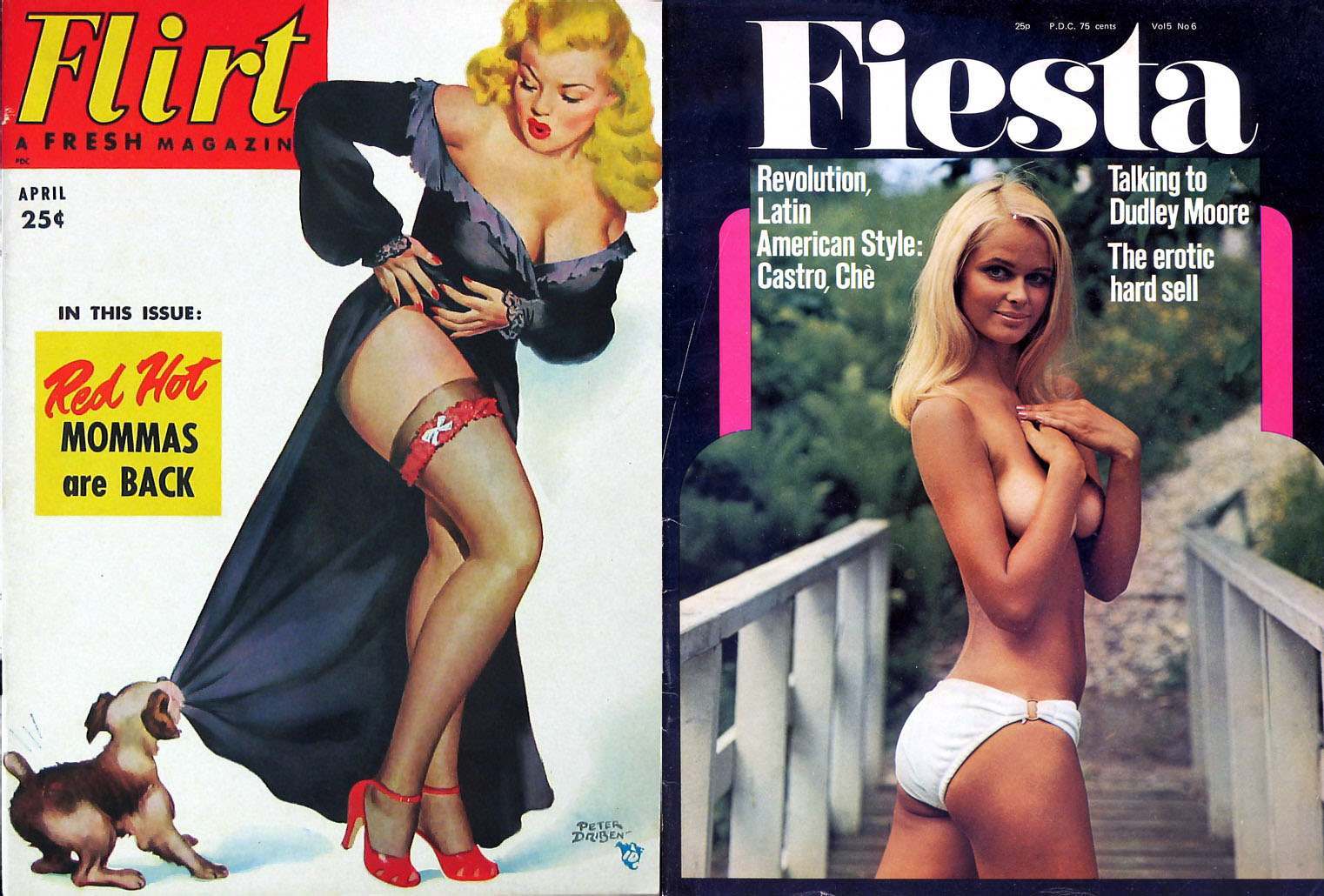 FLIRT –  That dog is an annoying dick.  She should definitely consider putting those red heels to good use.

FIESTA – “Talking to Dudley Moore”… not exactly titillating.  Fiesta could take a lesson from Flirt’s “Red Hot Mamas Are Back” 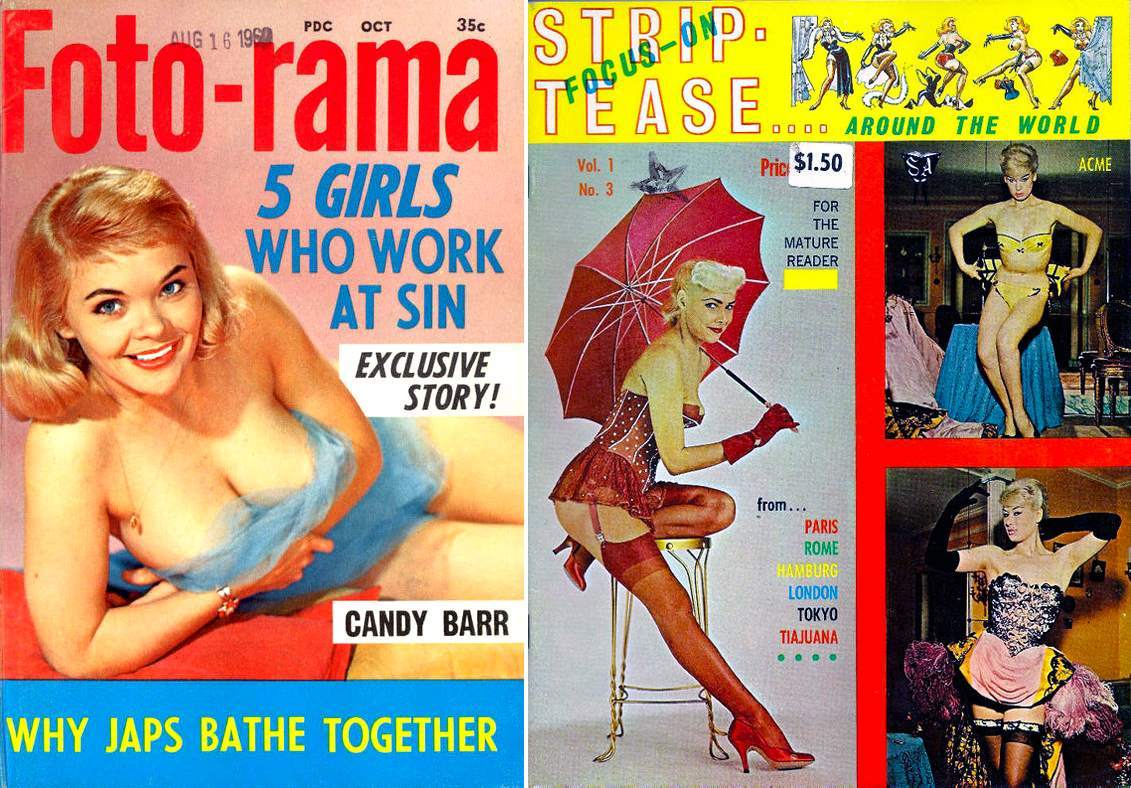 FOCUS ON STRIPTEASE – “Paris, Rome, Hamburg, London, Tokyo, Tiajuana”…… er, um that last city has some striptease acts you may want to brace yourself for.  I won’t elaborate. 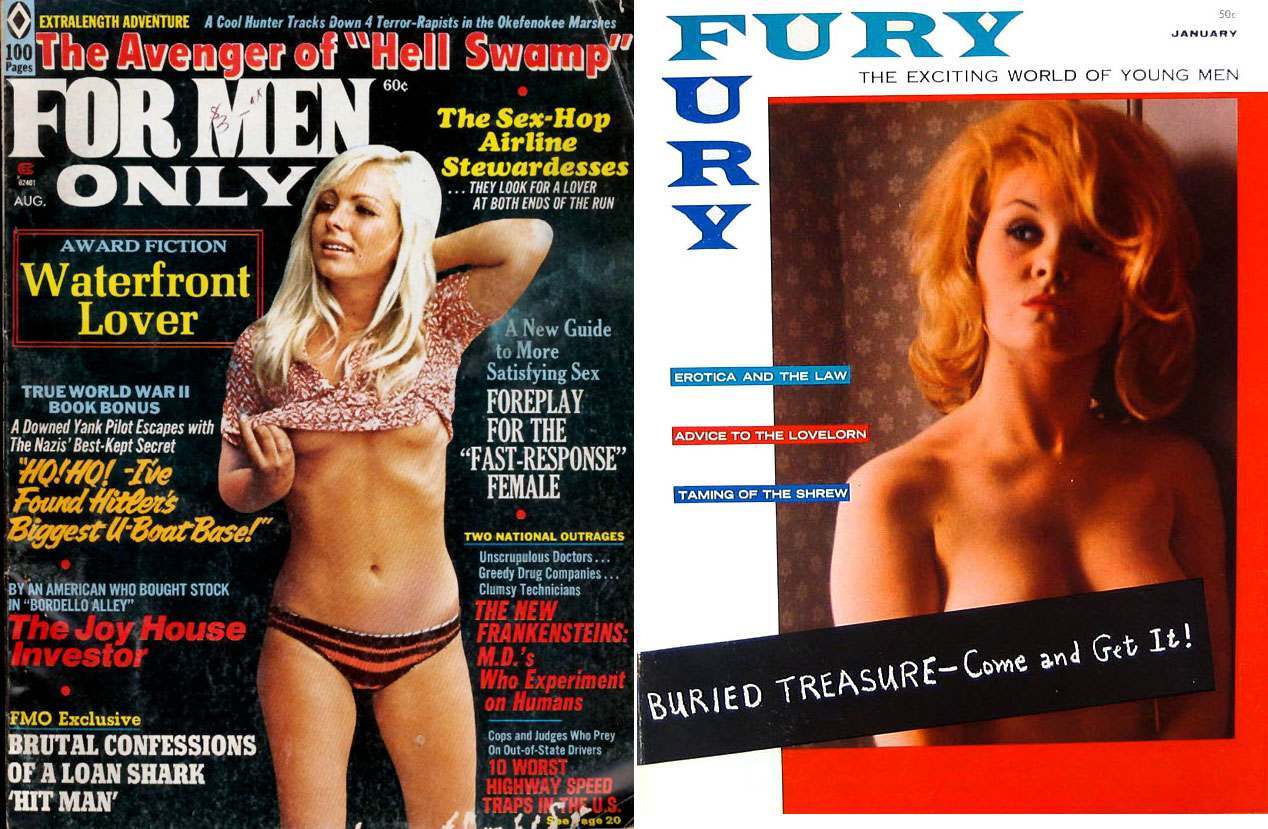 FOR MEN ONLY – This, like so many other girlie mags, started as a men’s action magazine, but transitioned once that pulp tradition fell out of favor.

FURY – “Taming of the Shrew” – Every once and a while these girlie magazines would slip in something from the 1590s. 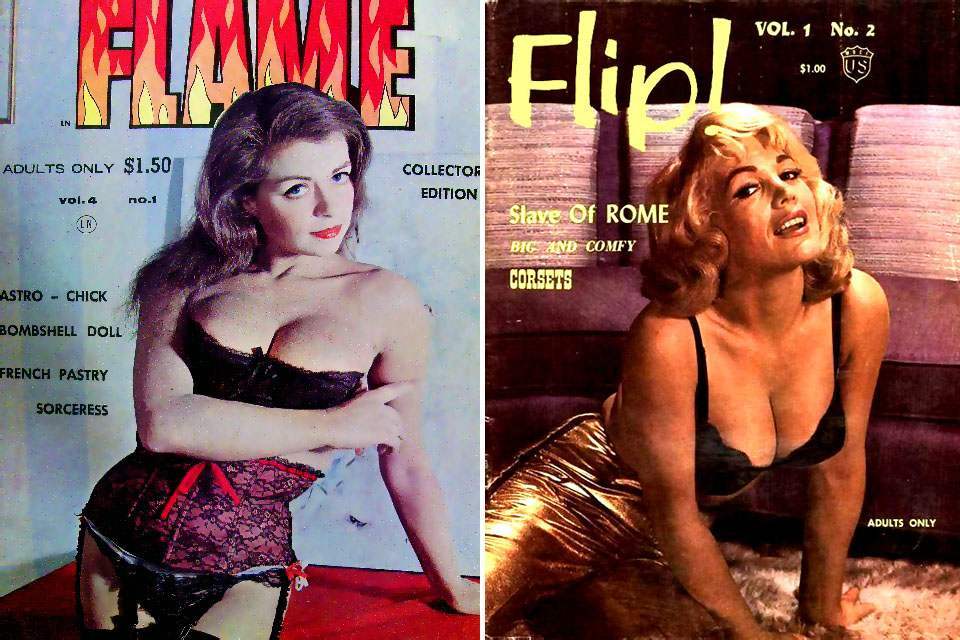 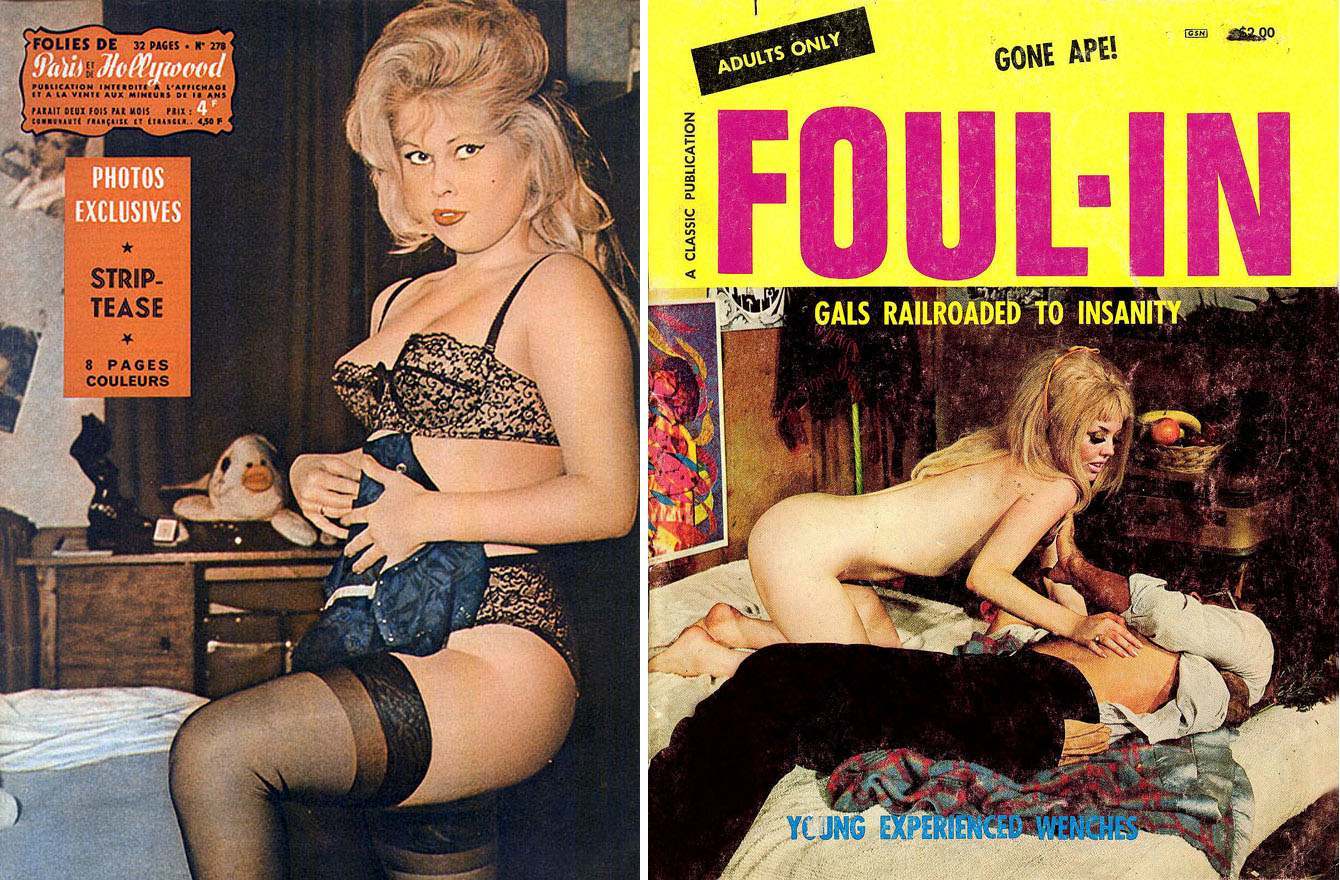 FOLIES DE PARIS ET DE HOLLYWOOD – What sort of creature is that on her nightstand?  A manatee? It’s sort of detracting from the moment.

FOUL-IN – Just a piece of advice – I wouldn’t eat any of that fruit.  (In fact, if you touch the fruit, I’d recommend you disinfect immediately.) 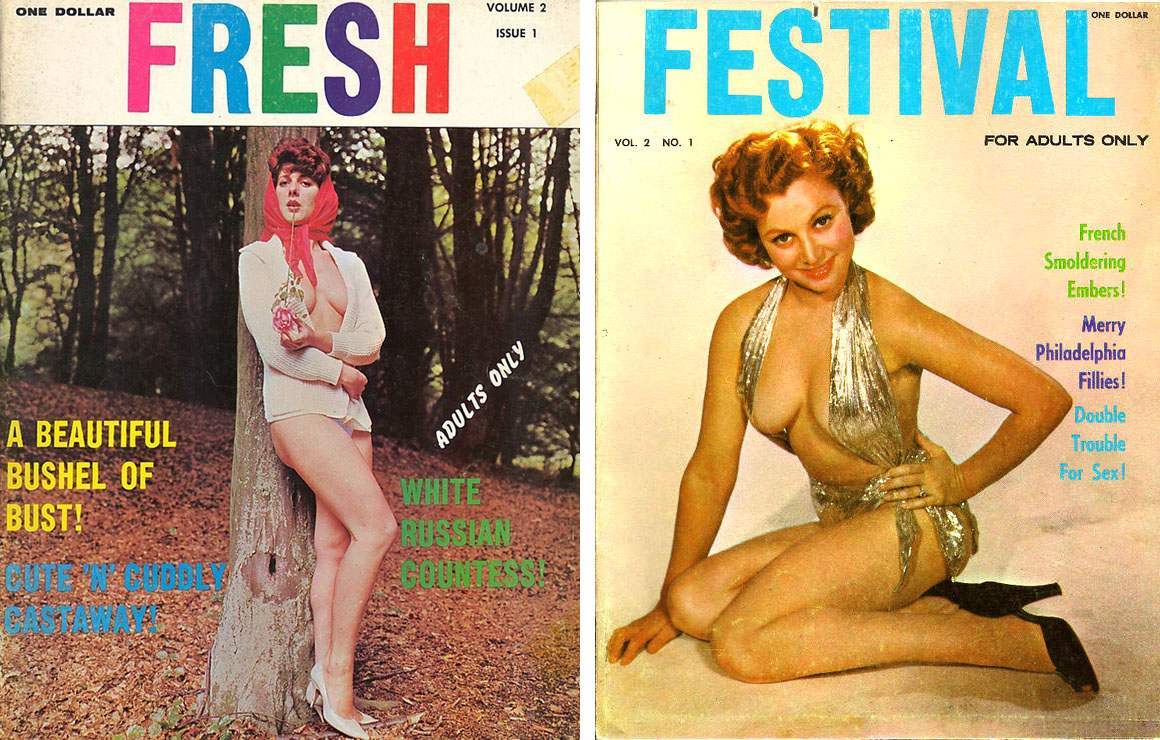 FRESH – Did they have to pick the tree with a knothole like that?

FESTIVAL – I’d be more interested in a Festivus magazine, full of full color pictures of unadorned aluminum poles and stories of the “Airing of Grievances” and “Feats of Strength”. 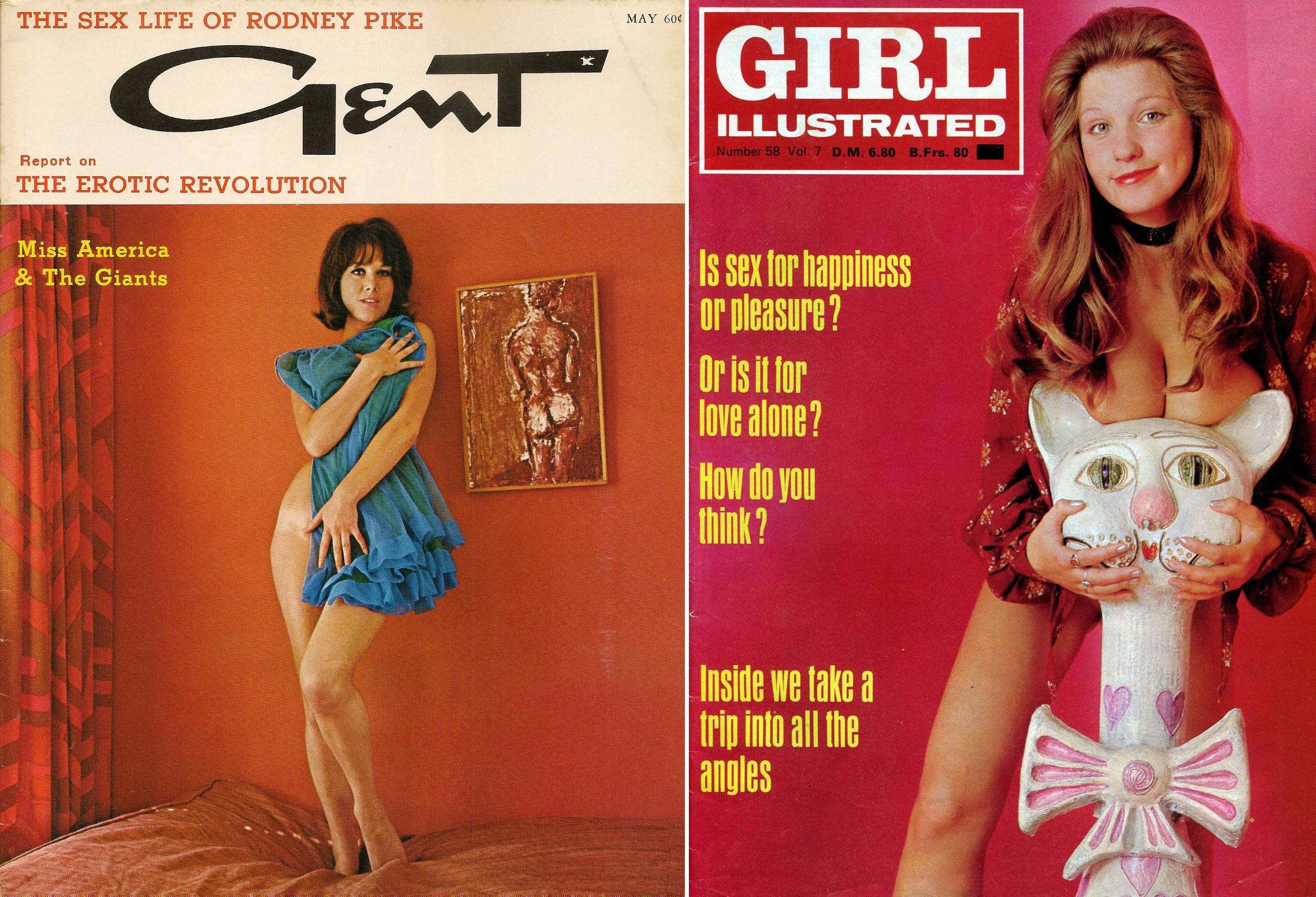 GENT – This girl is doing it right – covering up seductively with her nighty.

GIRL ILLUSTRATED – …. and this girl is doing it wrong – covering up awkwardly with a freakish statue. 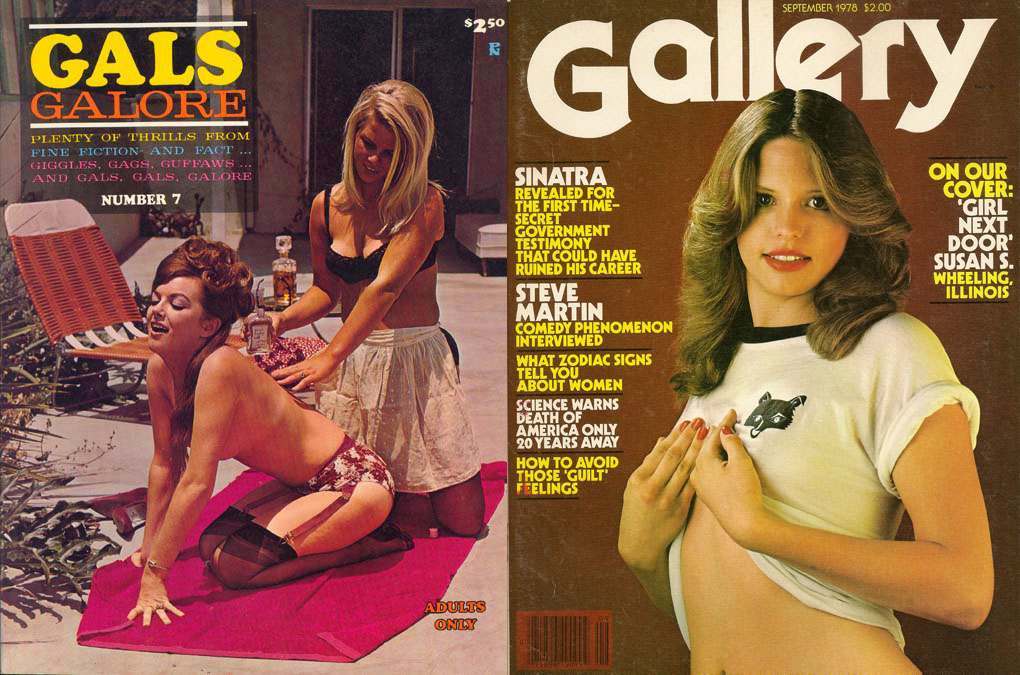 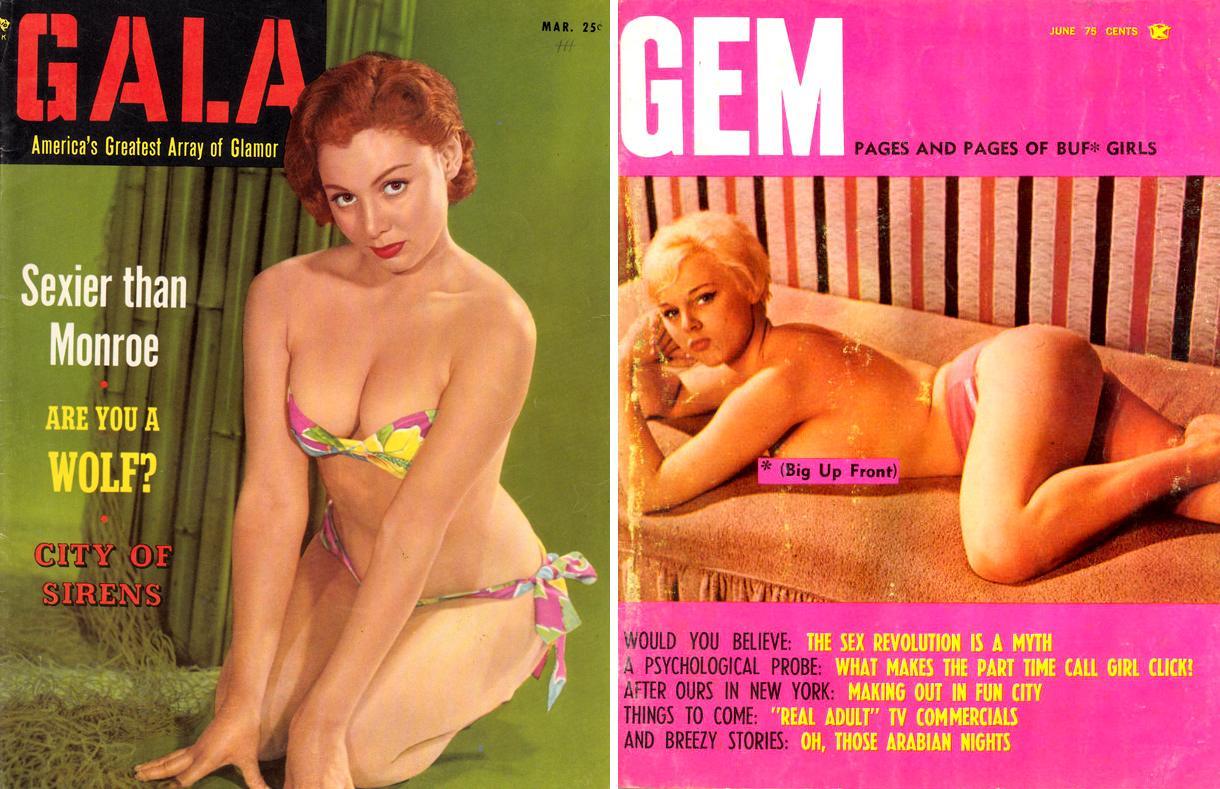 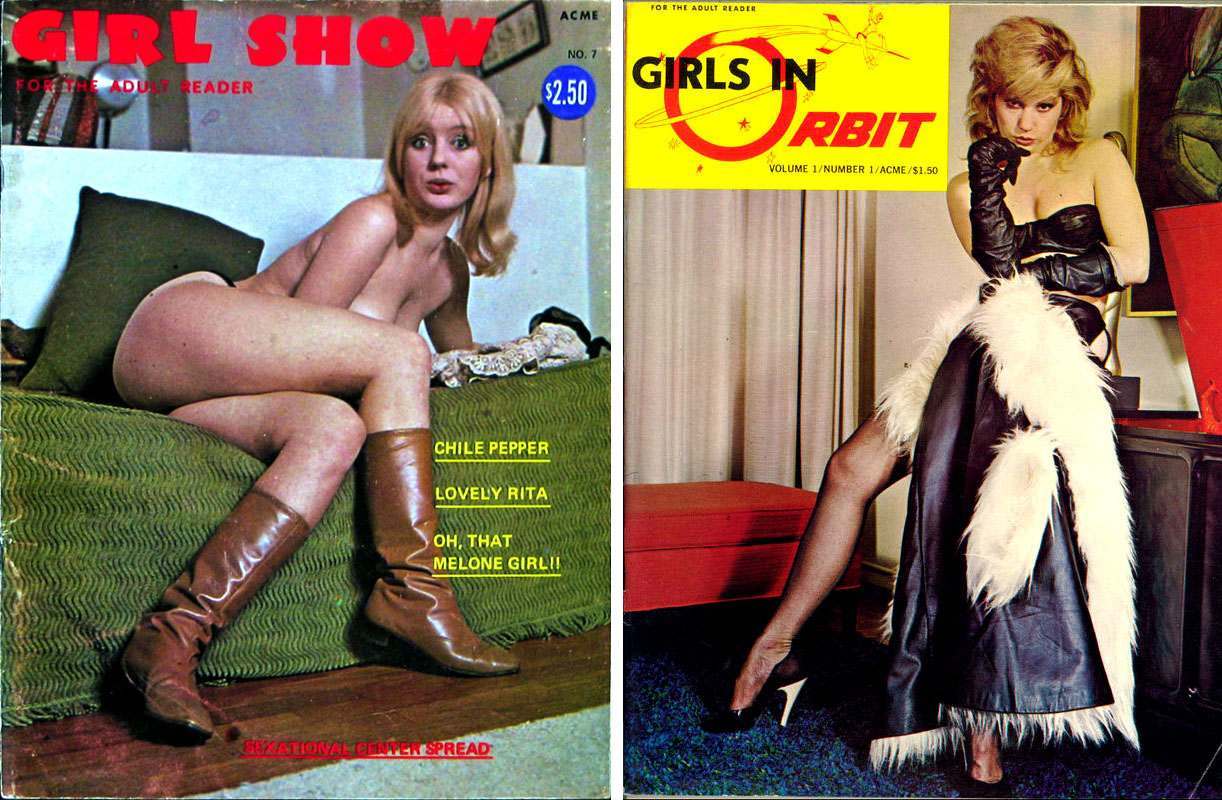 GIRLS IN ORBIT -And by “orbit” I assume they mean drab living rooms.  A sci-fi girlie mag would’ve been so cool. 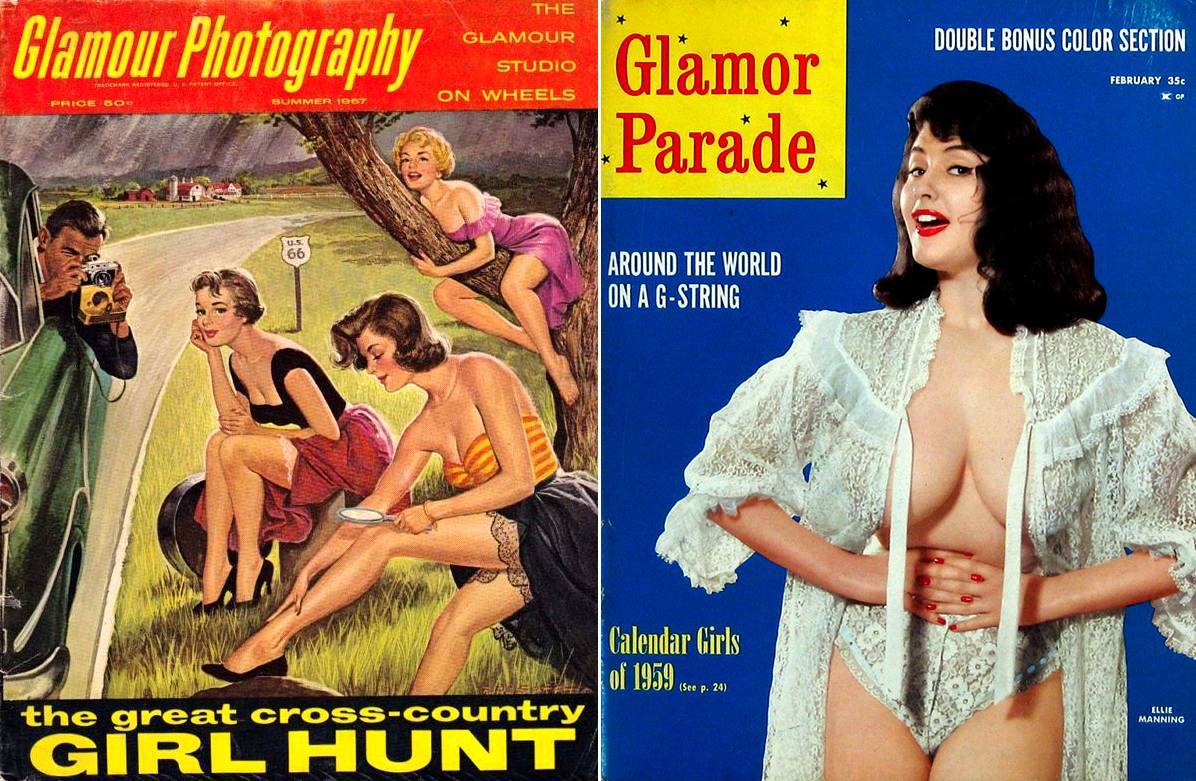 GLAMOUR PHOTOGRAPHY – Do these girls not find his photography even a little bit creepy?

GLAMOR PARADE – “Around the World on a G-String” sounds like a reality show I’d actually watch. 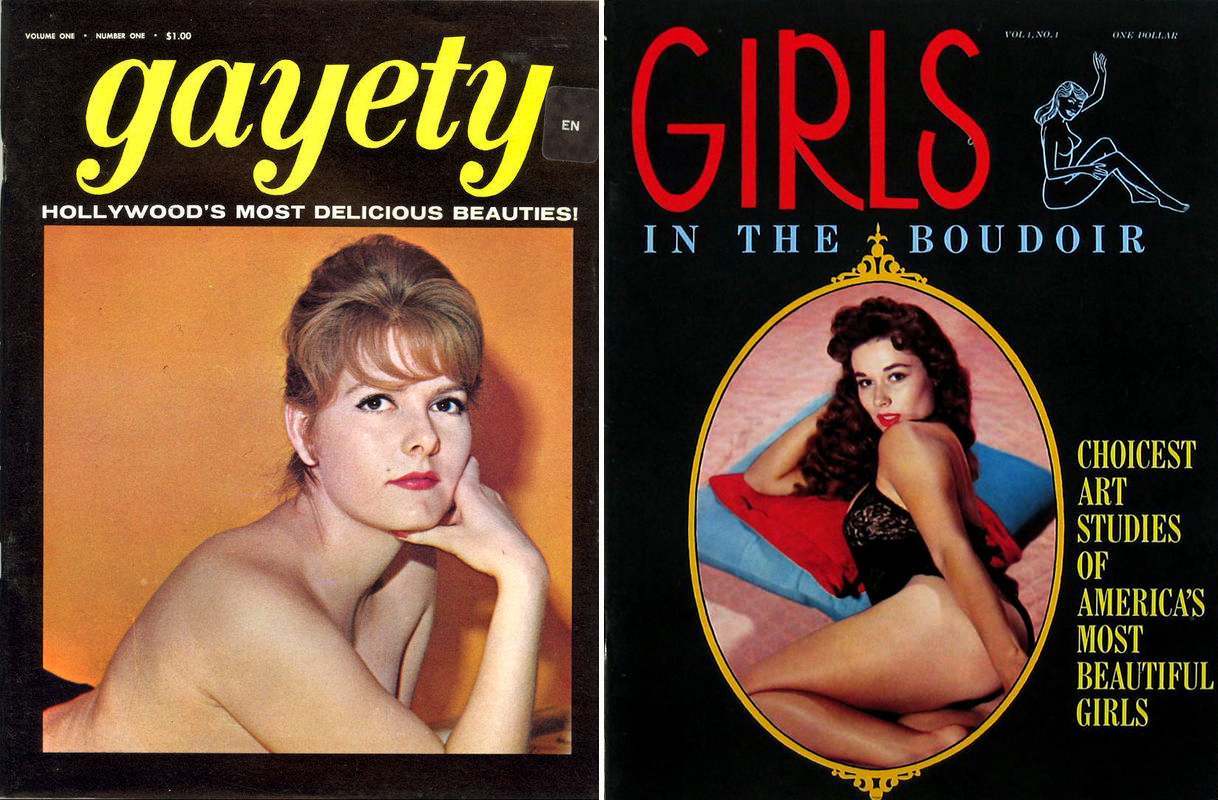 GAYETY – For a magazine with this title, they put this sourpuss on the cover?

GIRLS IN THE BOUDOIR –  “Art Studies” my ass 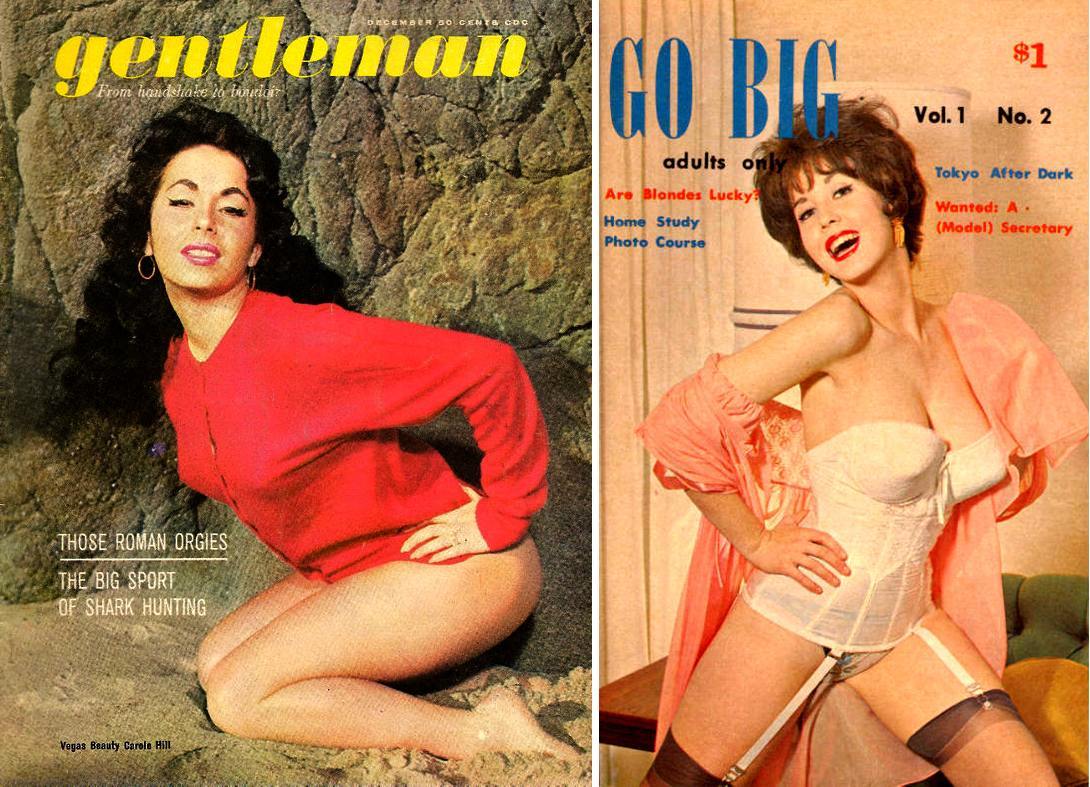 GENTLEMAN – “From Handshake to Boudoir” – an odd subtitle for a magazine if there ever was one. 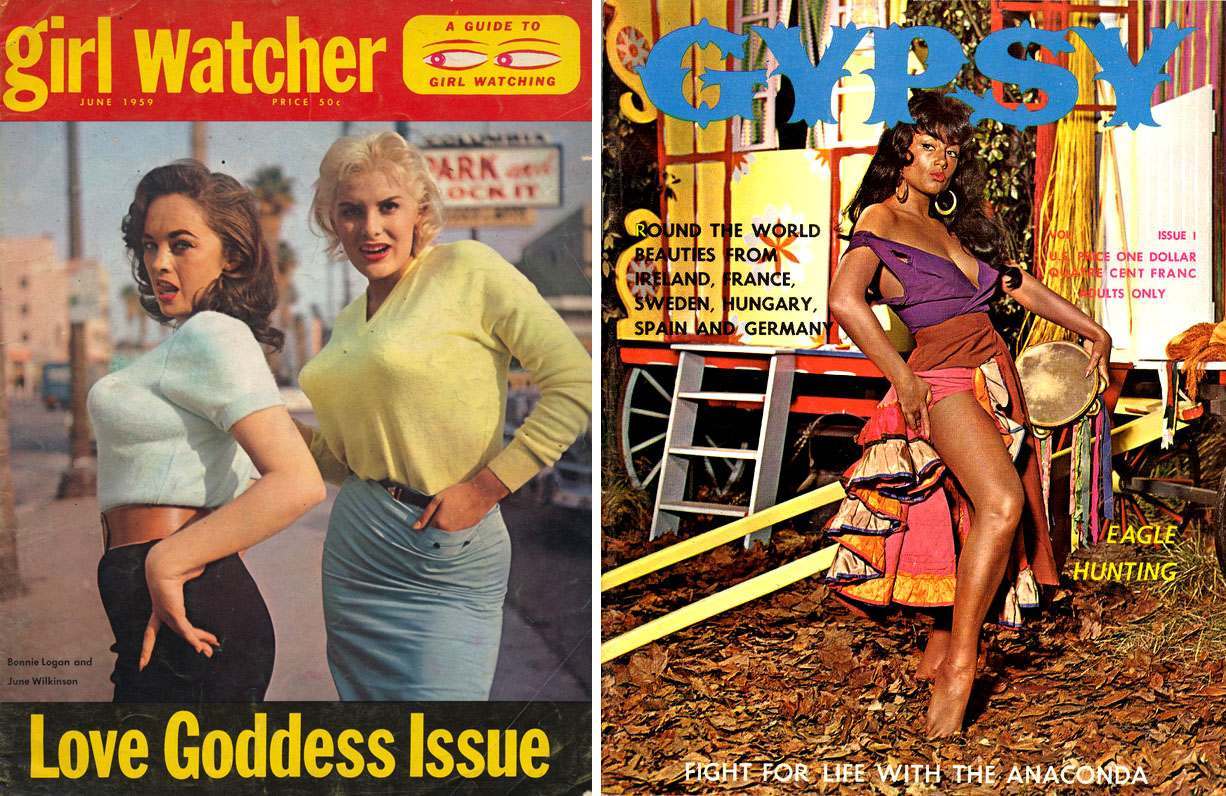 GIRL WATCHER- I think these “girls” are onto your little girl watching game… and they are strutting it like there is no tomorrow.  A bit creepy, but that’s quite alright.

GYPSY – Contains such informative guides as “Eagle Hunting” (I hope there’s a section on escape techniques for federal prisons).