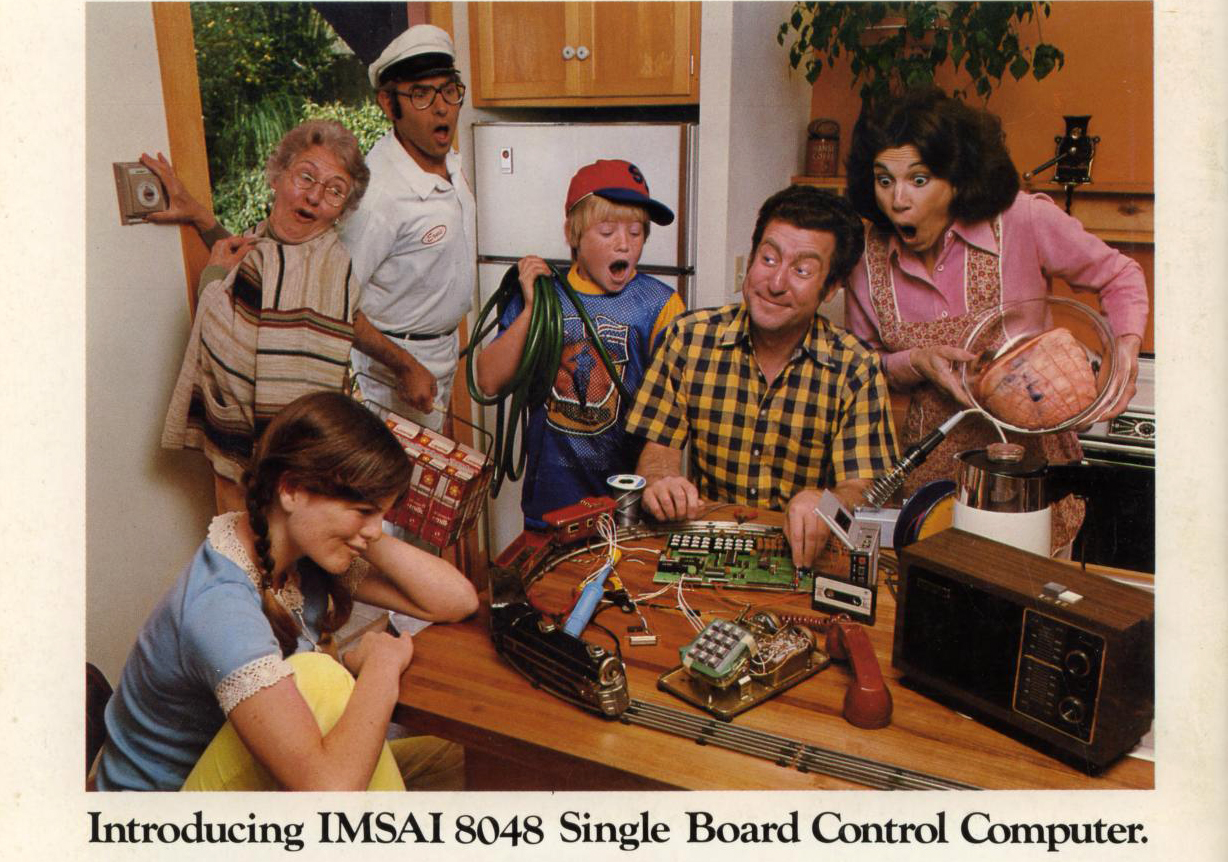 Look at these people.  Judging by the levels of shock-and-awe, you’d think this man just turned water to wine.  Was cancer cured?  Did he make contact with extraterrestrial life?  Nope.  He hooked up a motherboard to a train and phone… and even the milkman is soiling himself over it.

Suffice it to say, tech advertising in the late 70s and 80s tended to exaggerate the capabilities of their products.  Computer and video game adverts regularly featured Caucasians in states of orgiastic wonderment over seemingly average technologies.  Granted, there was genuine cause for amazement amid the computer revolution – but, as you’ll see in these advertisements, it went a bit overboard… 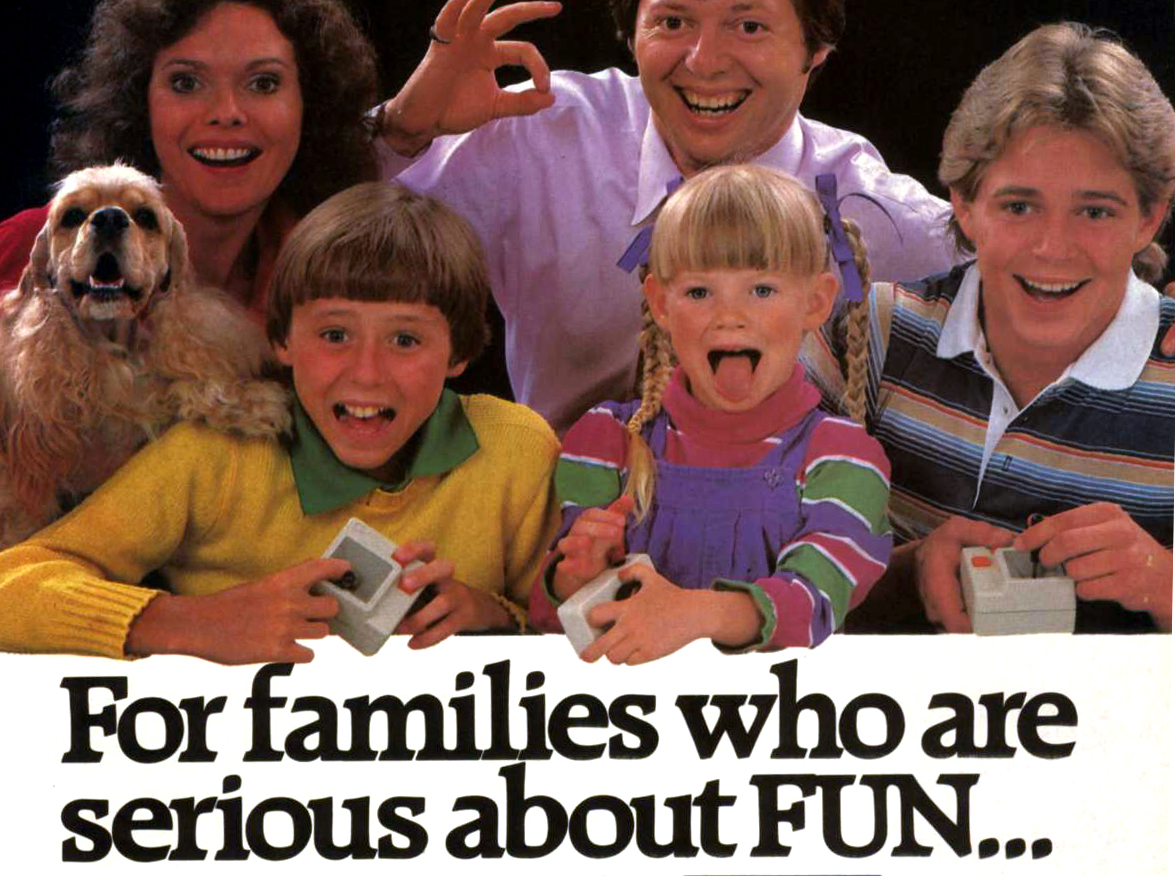 Speaking as someone who had an Atari and VIC-20 in the early 1980s, I can confidently say – neither my family, nor anyone I knew, ever – EVER – experienced such rabid open-mouthed “togetherness” over their video game system.

And what exactly are they looking at that would simultaneously cause the boy in yellow to look afraid for his life, for mom to appear positively enamored, and dad to make a hand gesture that will get you killed in Brazil? 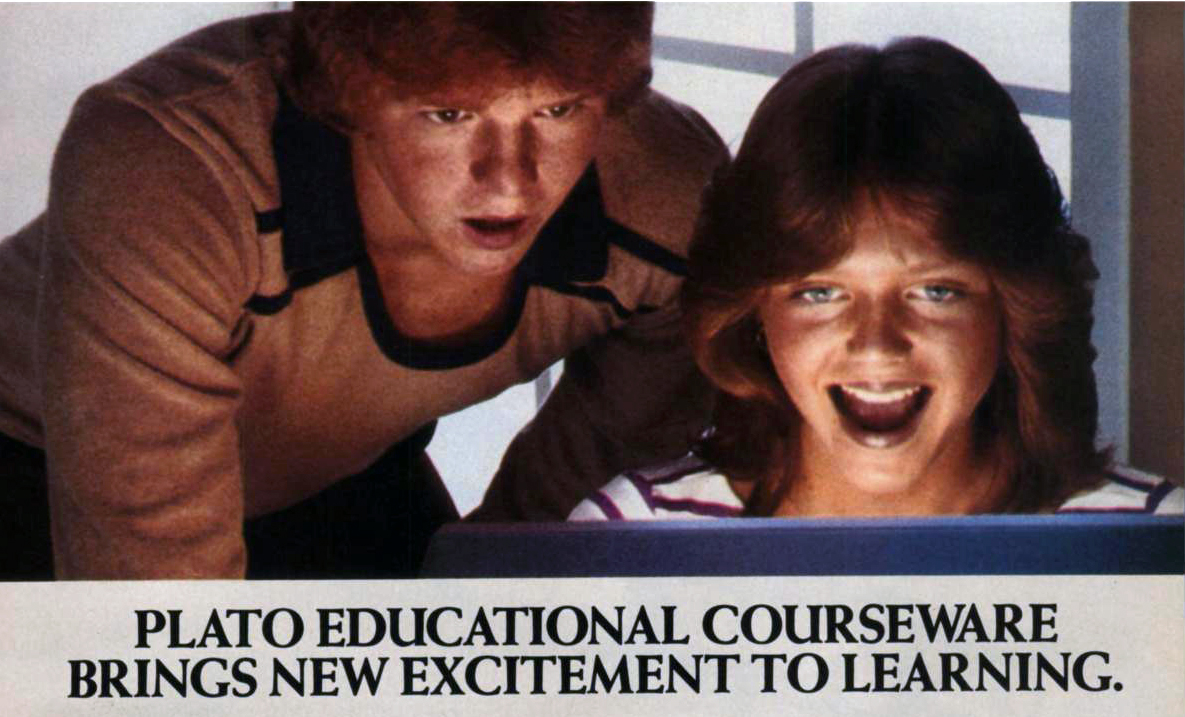 Textbooks are for losers – pixelated CGA software from a floppy disk makes learning a religious experience.  It’s as if they just opened the Ark of the Covenant (let’s hope their faces don’t melt). 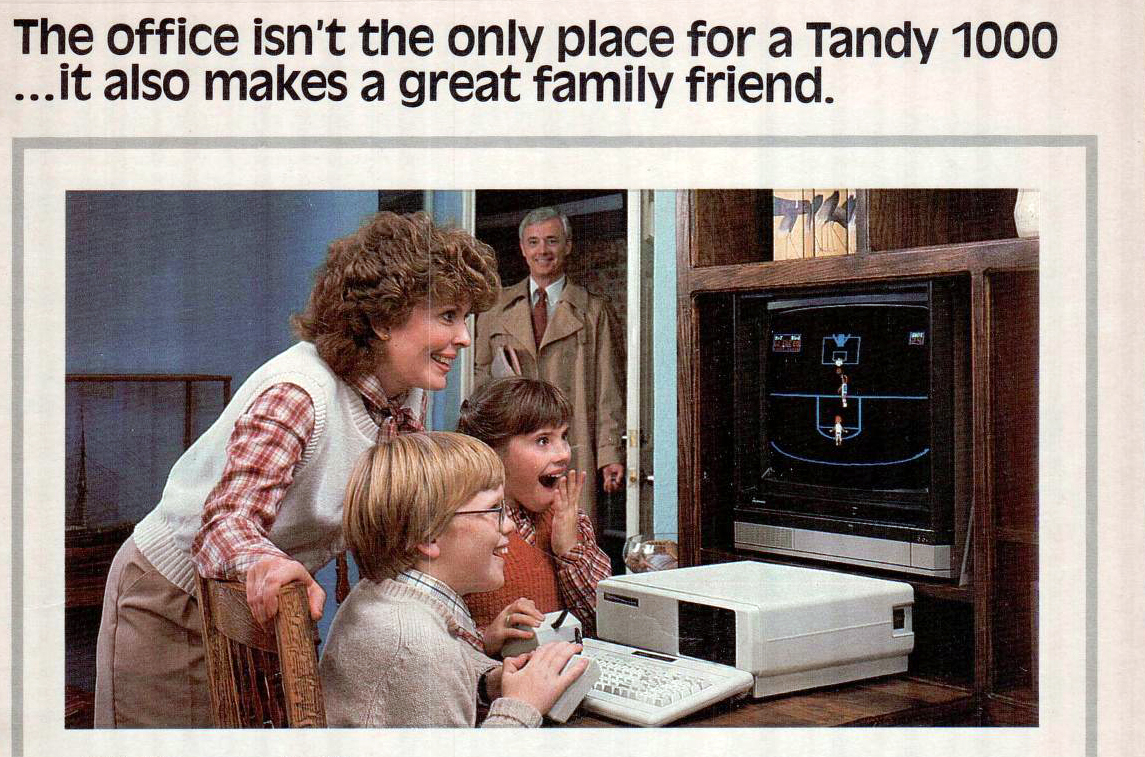 Check out the girl – it’s like Beatlemania… but over a crap basketball game.  The dad seems pleased with himself, but deep down he wonders where he’ll find the money to pay for this thing.  This Tandy cost $1199 USD in 1983 – that’s $2877 adjusted for inflation! 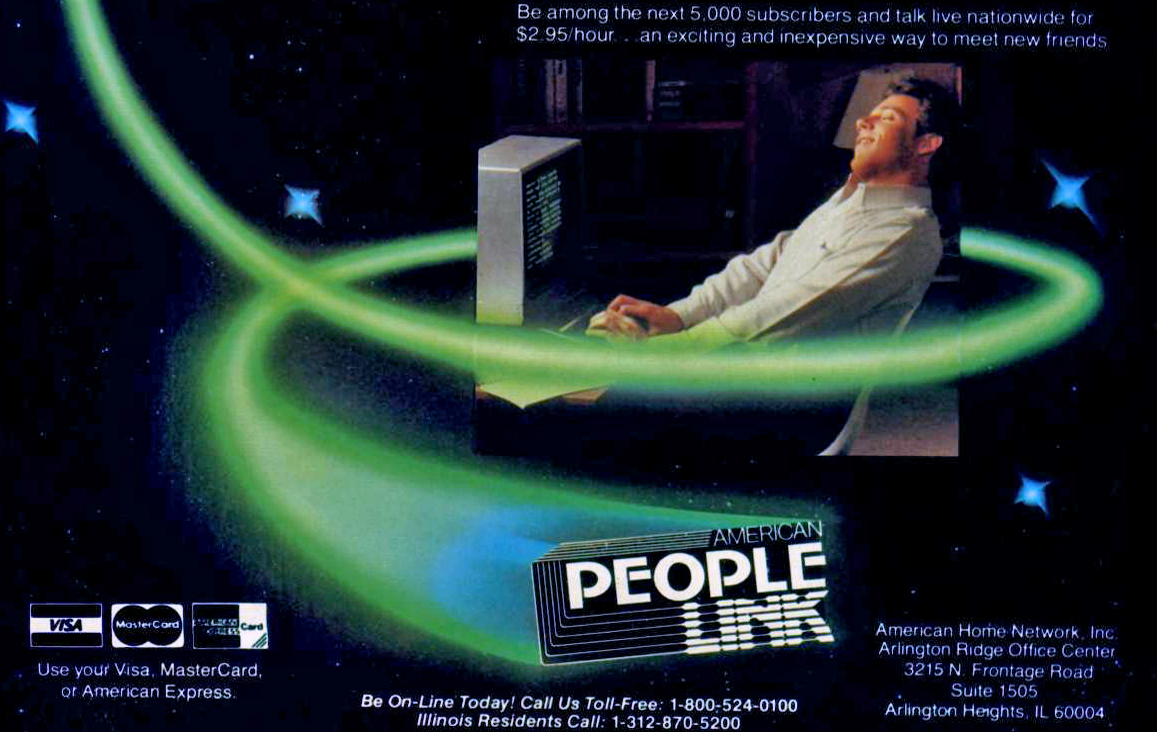 For only $2.95 an hour, “an exciting and inexpensive way to meet new friends”.  Am I the only one who finds it hilarious that the guy appears to be in a state of arousal?  Let’s give him some privacy and move on to the next one…. 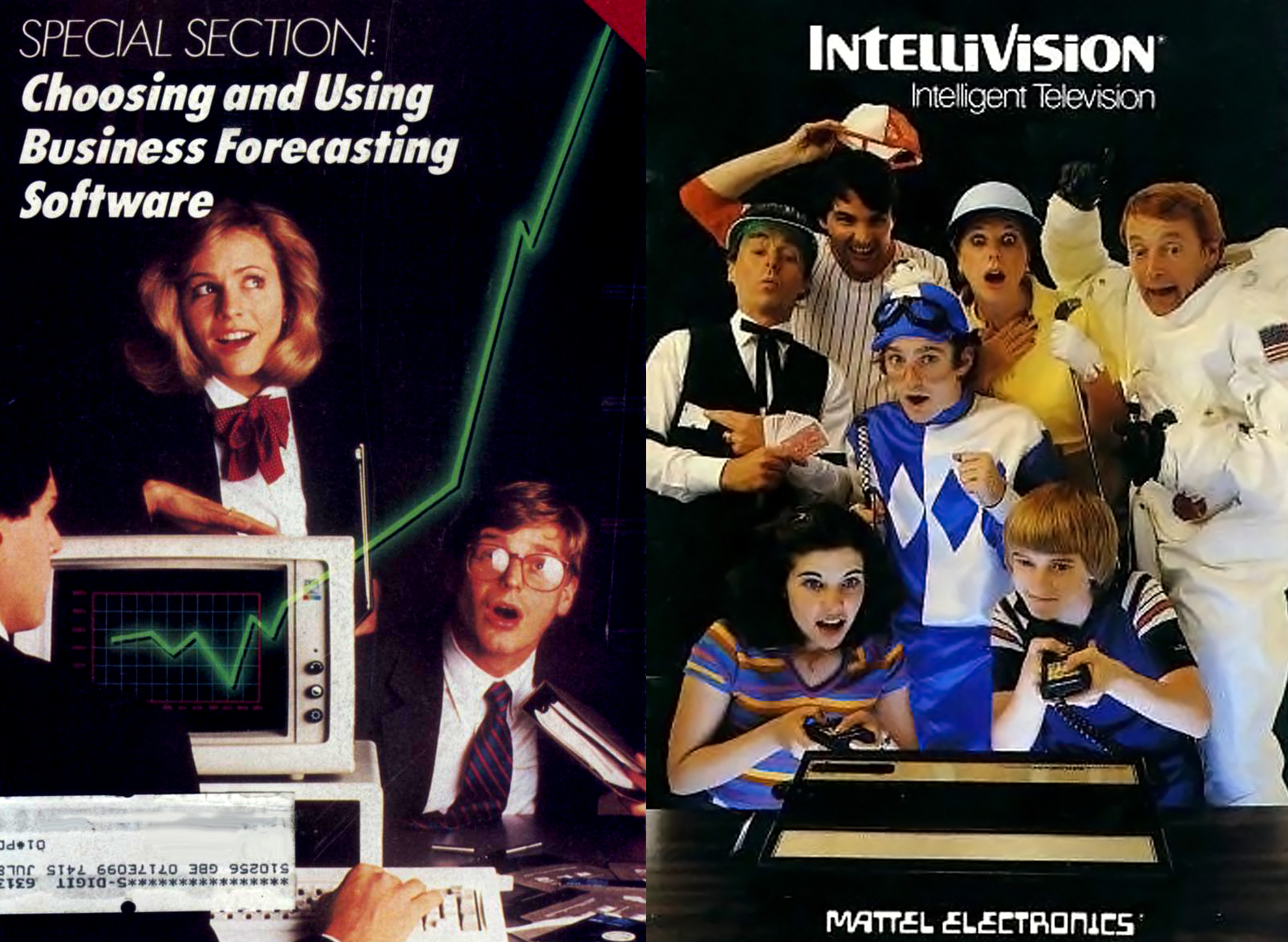 Yes, the level of excitement, wonderment, and general hysterics of electronics consumers was off the charts in the 1980s.  It was only a matter of time before the populace realized these new gadgets didn’t quite live up to the as-advertised hysteria.  By the 90s, the irrational apoplexy had toned down to a more reasonable level. 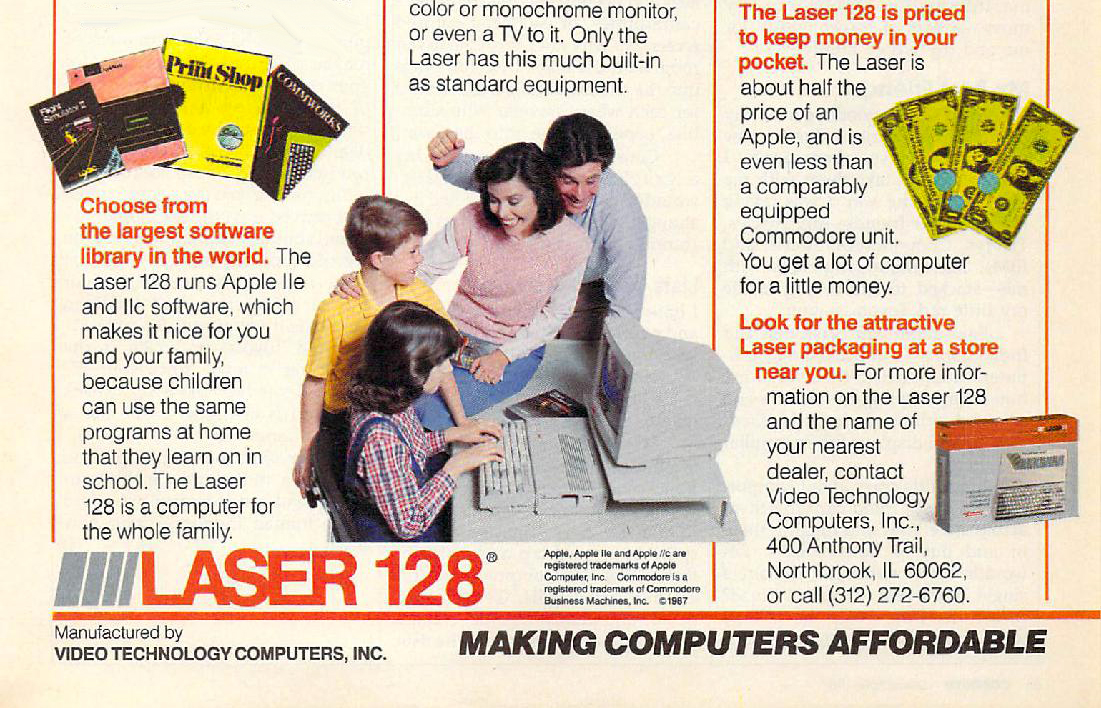 This is just classic.  The dad is positively jubilant, and mom is beaming with existential joy… while the daughter just wants them the hell out of her room. 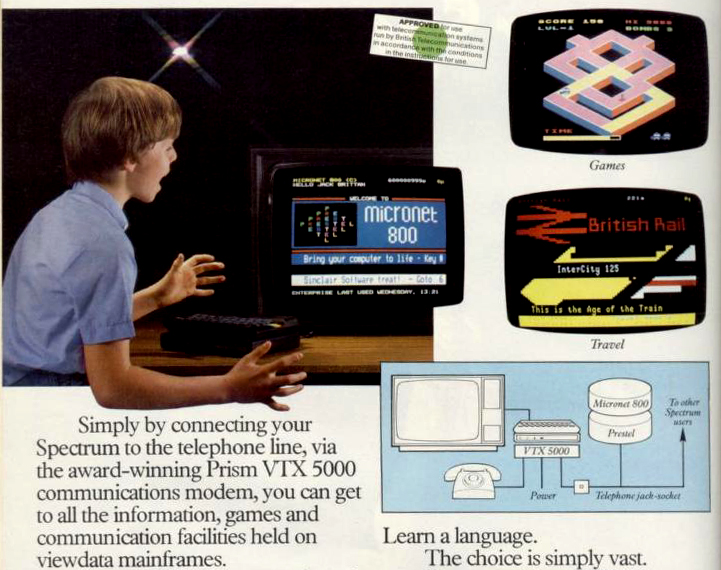 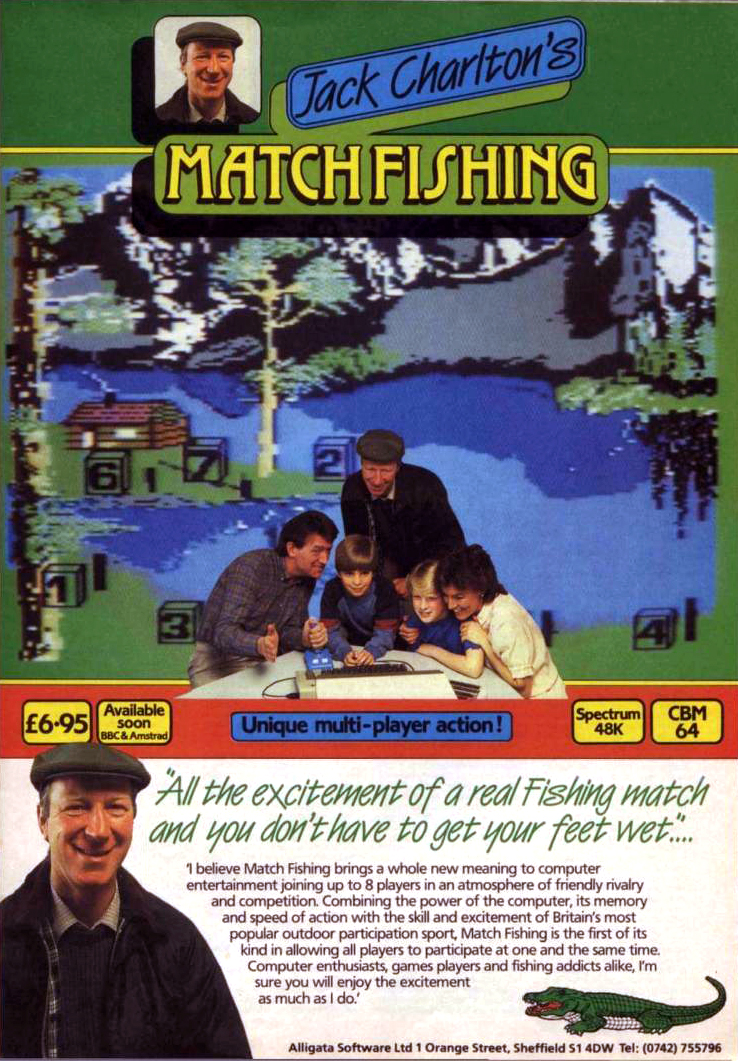 As if fishing weren’t boring enough, let’s remove its few redeemable qualities such as the fresh air and outdoor experience, and turn it into a lame video game.  Sure, it sounds mind-numbingly dull,  but we’ll feature a family in a state of rapturous togetherness in our advertising, and people will line up to buy it – guaranteed. 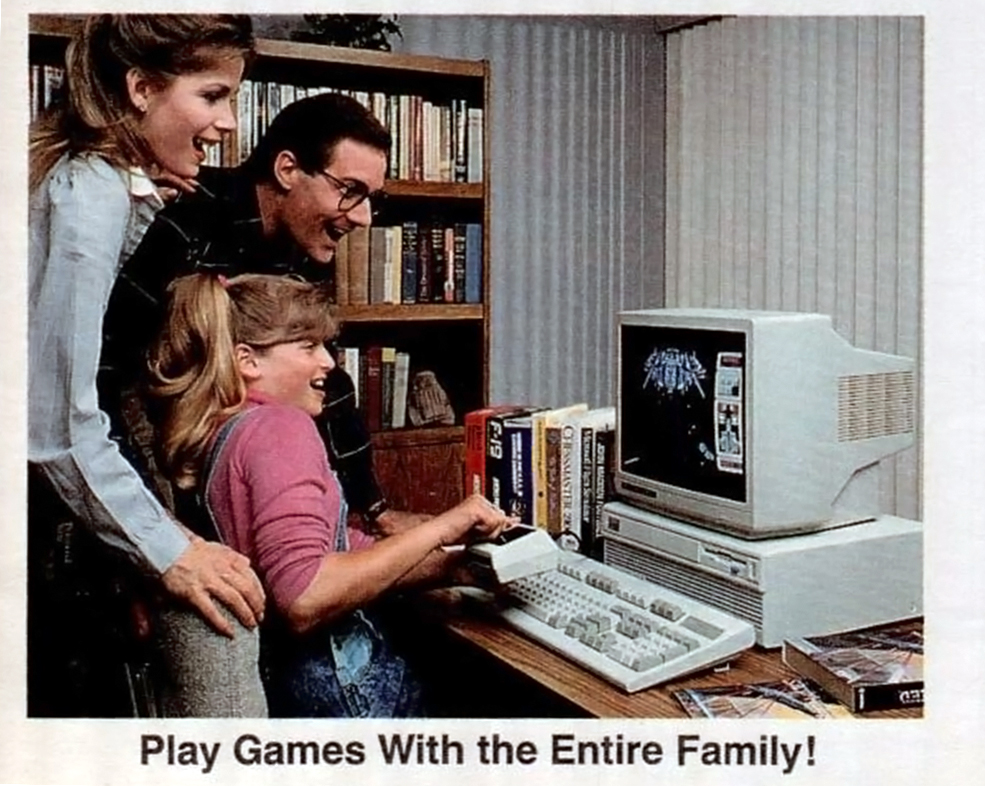 Yet another Caucasian family happier than a whore in a cucumber patch (as they say). 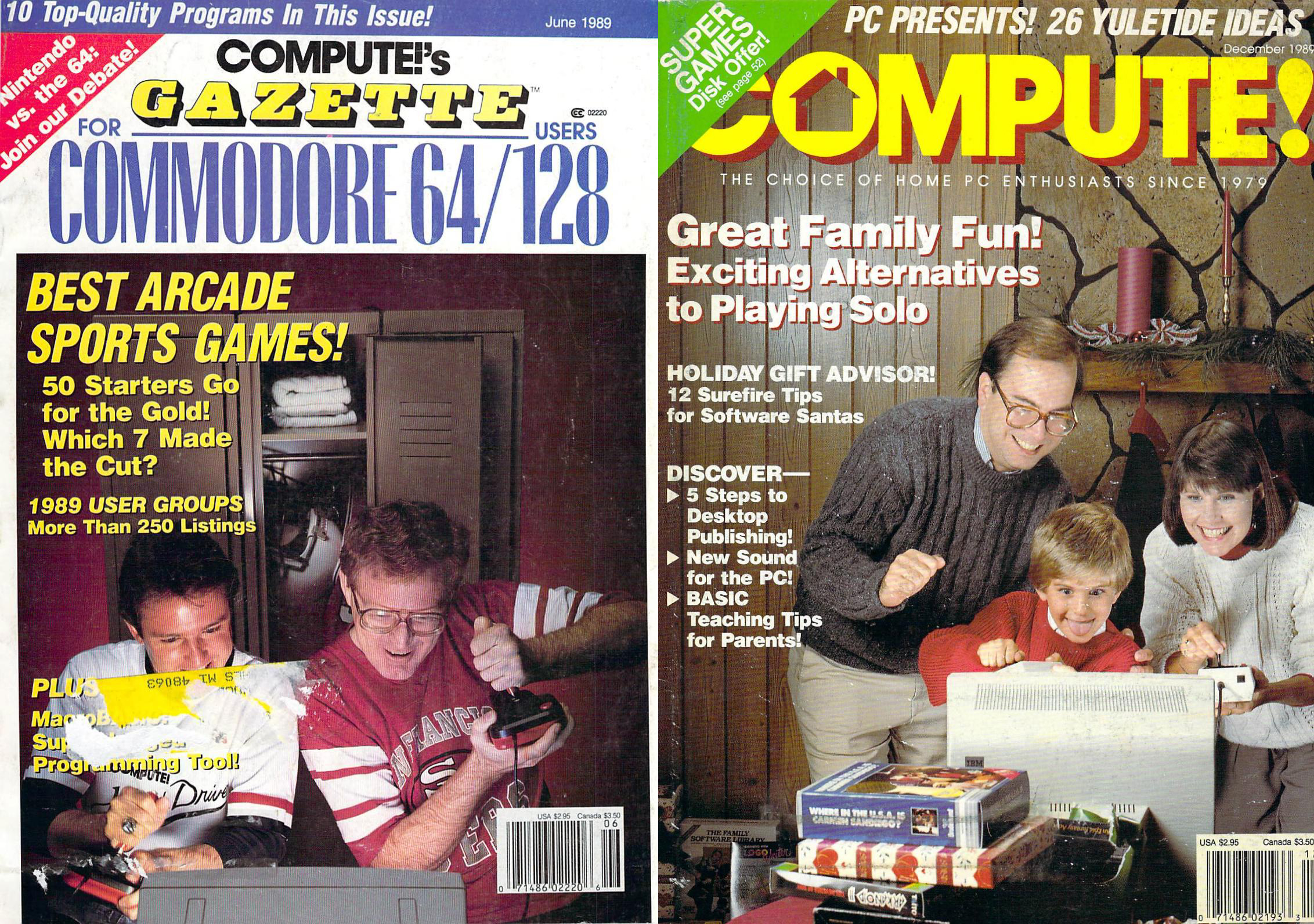 Let it not be said that advertisers were the only ones peddling the Cult of Electronic Euphoria; magazines of the time were just as guilty of setting up false expectations. 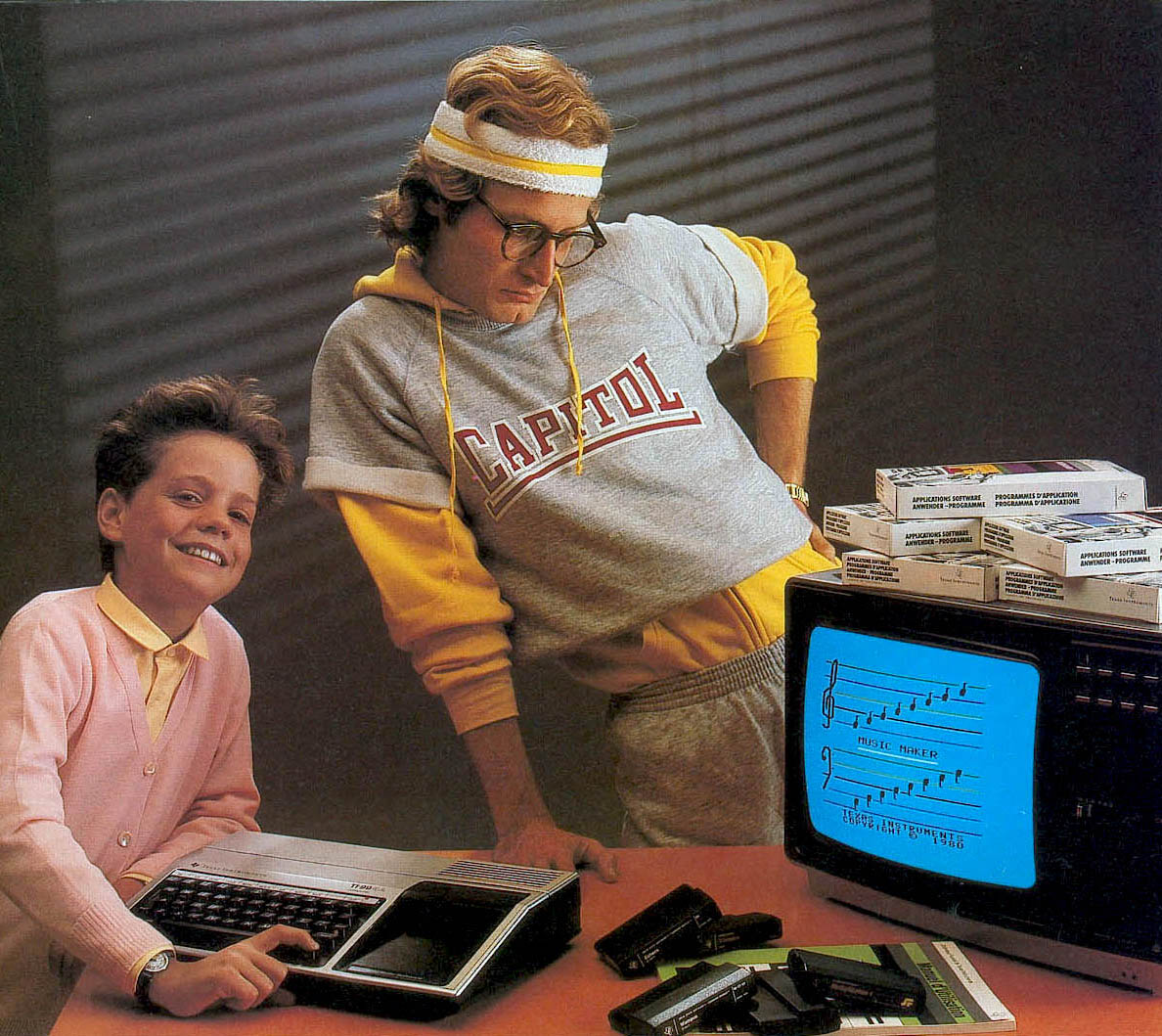 But let’s not be too critical of the over-the-top marketing.  It’s the job of advertisers to make it seem like their products are the answer to all your dreams.  Certainly, mobile phone and video game consoles still do this today.  Perhaps they aren’t as blatant and inherently cheesy as these 1980s adverts, but I’m sure we’ll look back with similar jocularity at their adorable tendency to over-hype and over-promise.