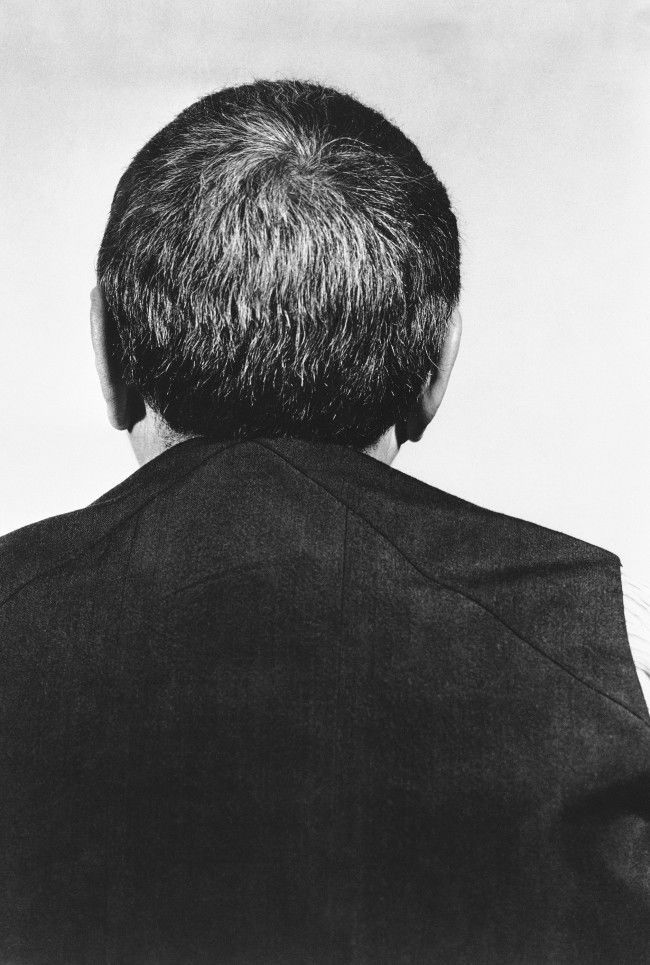 On a bright note, it shows that he read her stuff, mocking her manuscript’s tricky cadence. He never did buy Three Lives: 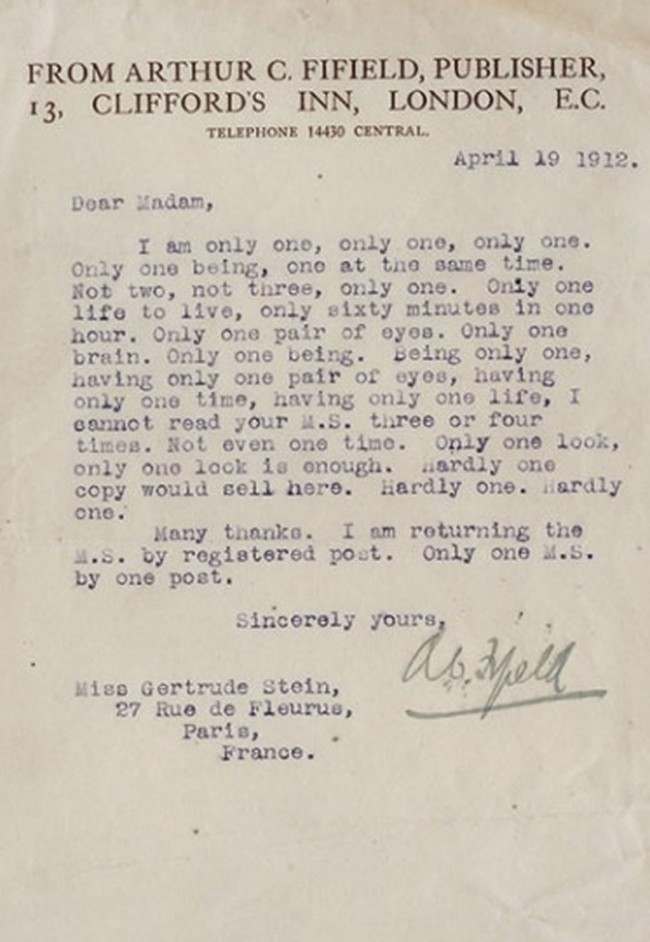 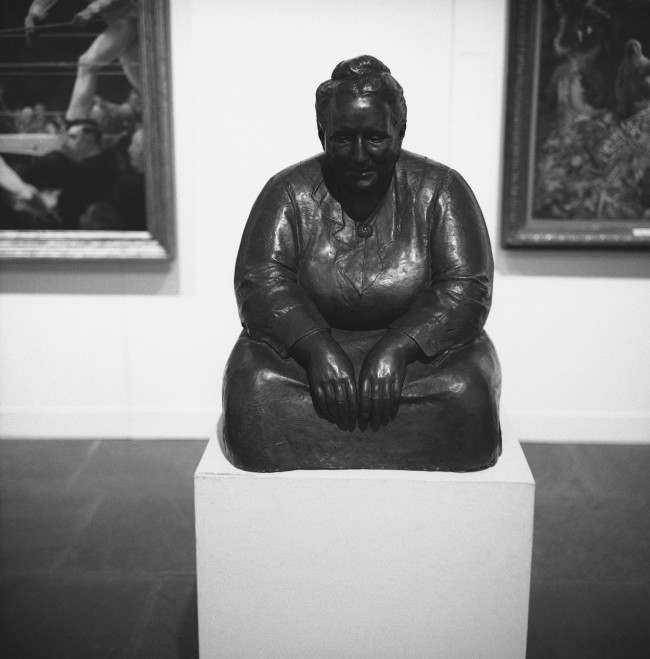 Sculpture of Gertrude Stein by Jo Davidson, at the Whiney Museum in New York City, Nov. 16, 1966. 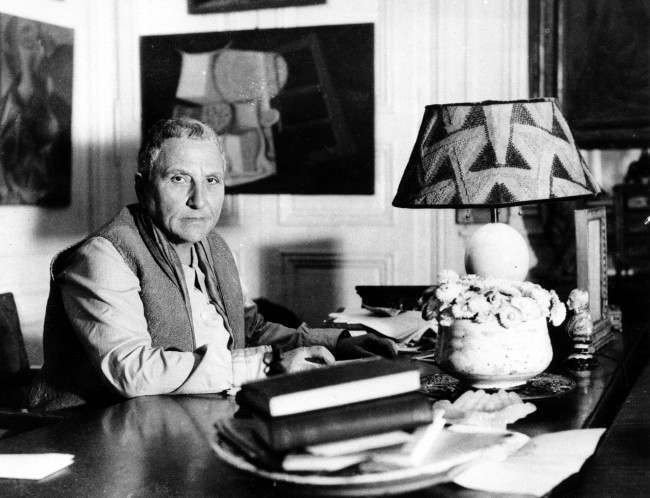 American writer Gertrude Stein works at her desk in Paris, France, on Nov. 22, 1938 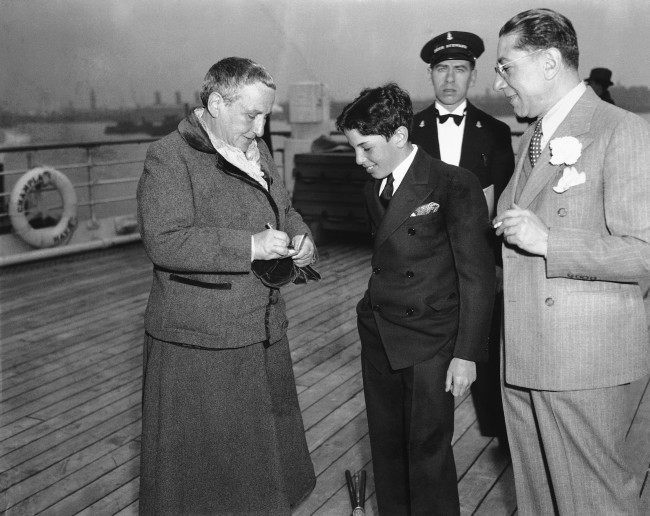 AP: Gertrude Stein, who has a perplexing way of putting one little word after another, gives an autograph to an admirer just before sailing on the Champlain from New York, May 4, 1935 for her country home in France. With her grey hair mannishly cropped and dressed in the same outfit she wore arriving last October, Miss Stein said her reception here, “was perfectly marvellous. It was extraordinary and so completely natural because it was so completely natural.” 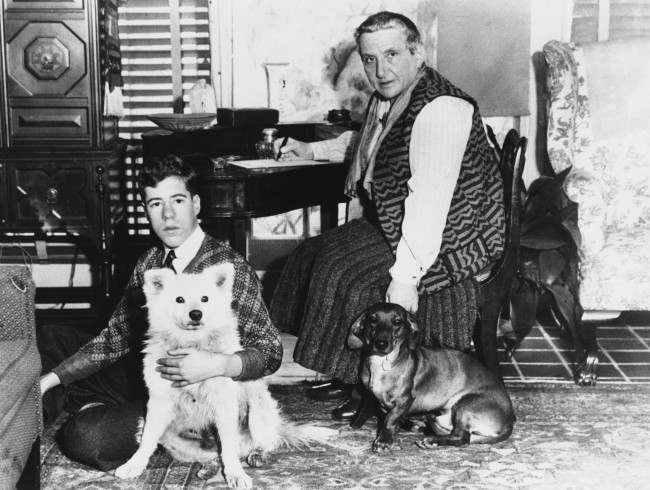 Gertrude Stein left Baltimore 32 years ago after four years of unsuccessful effort to get a medical degree at Johns Hopkins University. She returned, famous as a writer of intricate prose. She is at a desk in the home of her cousin, Julian Stein, at Pikesville, at Baltimore suburb, Dec. 28, 1934. On the floor is the son of her host 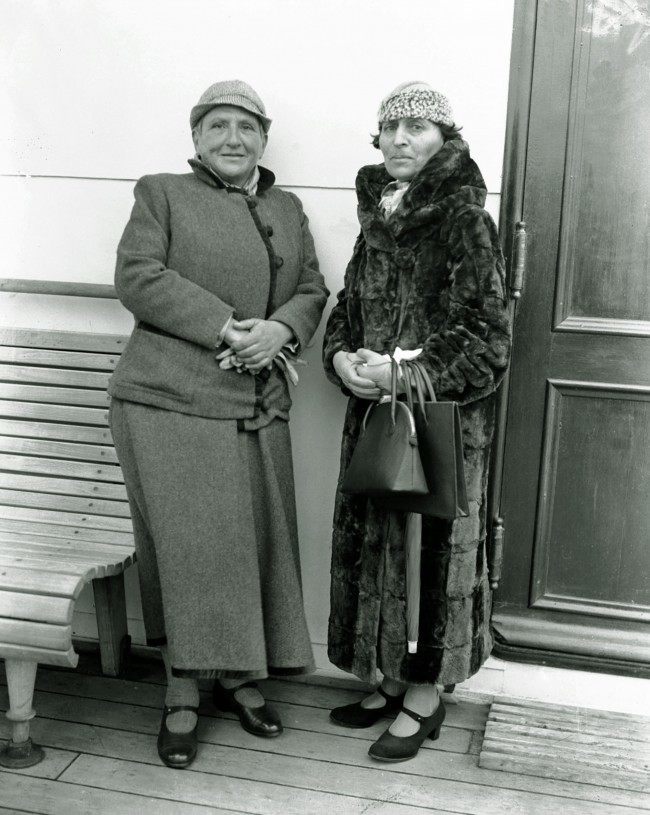 Literary figure Gertrude Stein, left, famous for her unusual interpretation of the English language, arrives in New York aboard the S.S. Champlain Oct. 24, 1934 with her secretary and companion Alice B. Toklas. Headlines and enthusiastic crowds greeted Stein as she returned to her homeland for the first time in more than 30 years 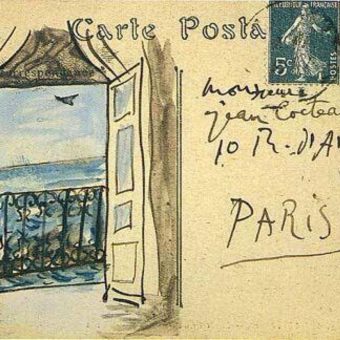 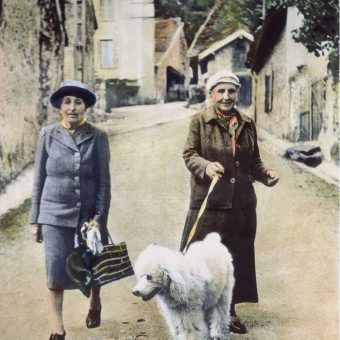 Alice B. Toklas’ Reads Her 1954 Recipe for Hashish Fudge