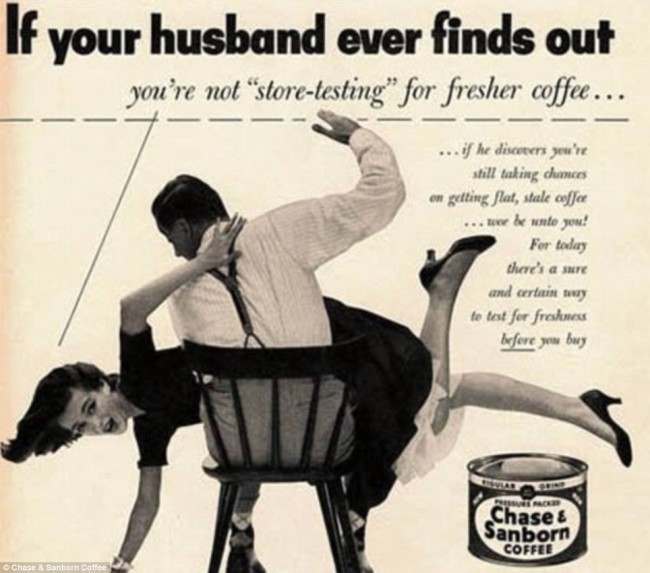 SHE makes terrible coffee. Sure, she has nice hair, pretty ankles and takes her prescription medication without any fuss, but that darn coffee is terrible. There is just no getting away from it.

Shaun Clayton made a study of male reactions to female coffee making in this video below. He took adverts from the 1950s and 1960s and “edited them down to just the moments when the guys were the biggest jerks to their wives about coffee”.

Did it get any better when you saw the advert in full?

And if doesn’t get his coffee at home, he’s going to get it elsewhere. And that will cost industry more than $1bn annually.

Trouble is that kids were being raised on coffee. It was a gateway to the promised land – and certain ruin:

Maybe the cats could learn to make coffee for themselves?

In the 1980s, things were different. Women were still serving the brew, but Sarah Green’s simple hand gesture spoke for millions of women: 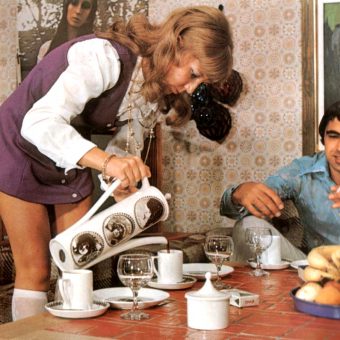 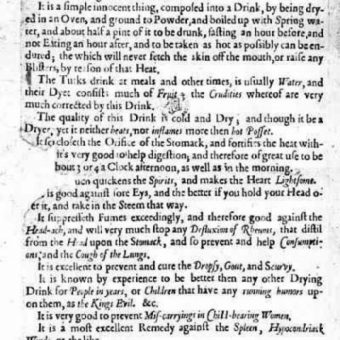 The Vertue of the Coffee Drink: An Advert for London’s First Cafe (1652) 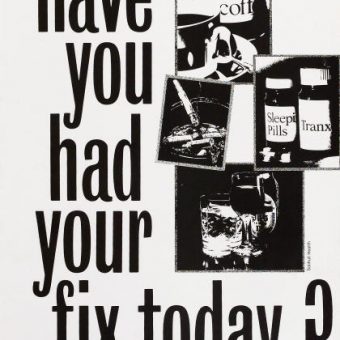