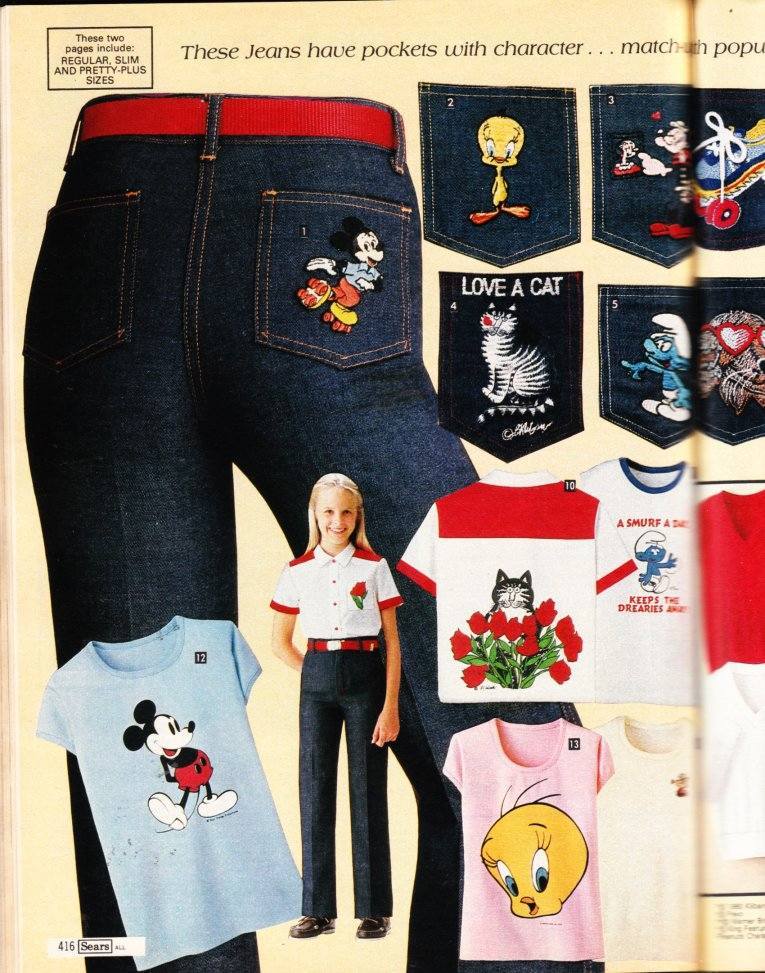 It certainly wasn’t a high water mark in fashion history, but insanely popular nonetheless; it is The Great Pocket Bedazzlement Phenomenon of 1981.  Never heard of it?  A quick look through an ’81 Sears catalog is enough to prove it existed. In that year, it seemed every pocket had to have some kind of flair.  For junior fashions, plain pockets were out – pockets with pizzazz were in! 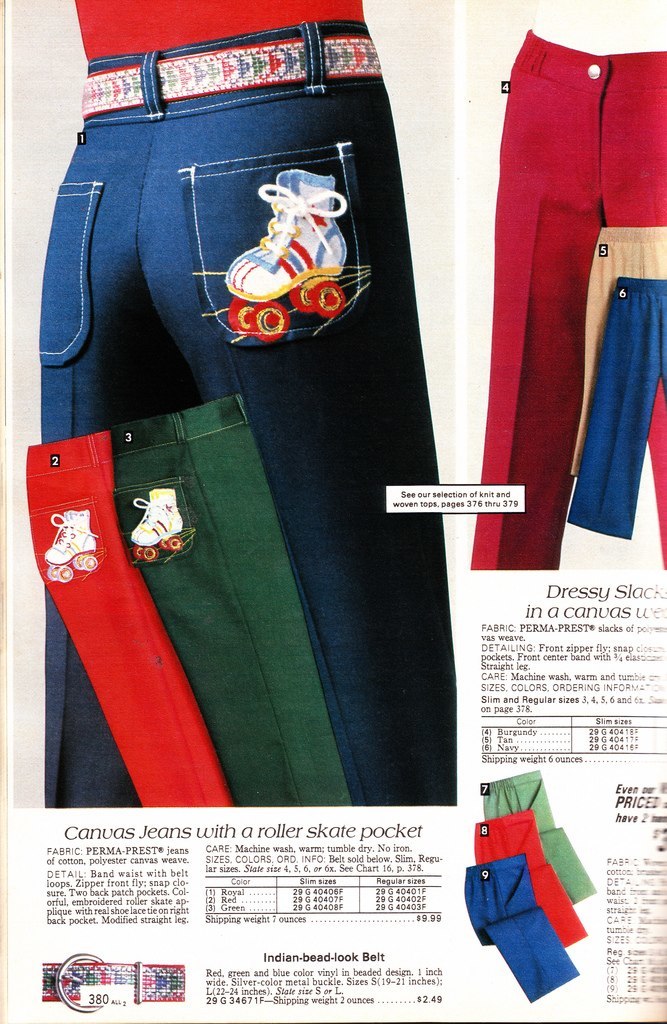 Of course, the trend to add a little flair to pockets had been going on for several years.  As with nearly any fad, whether it be disco or miniskirts, it always starts with the young adults and works its way down. 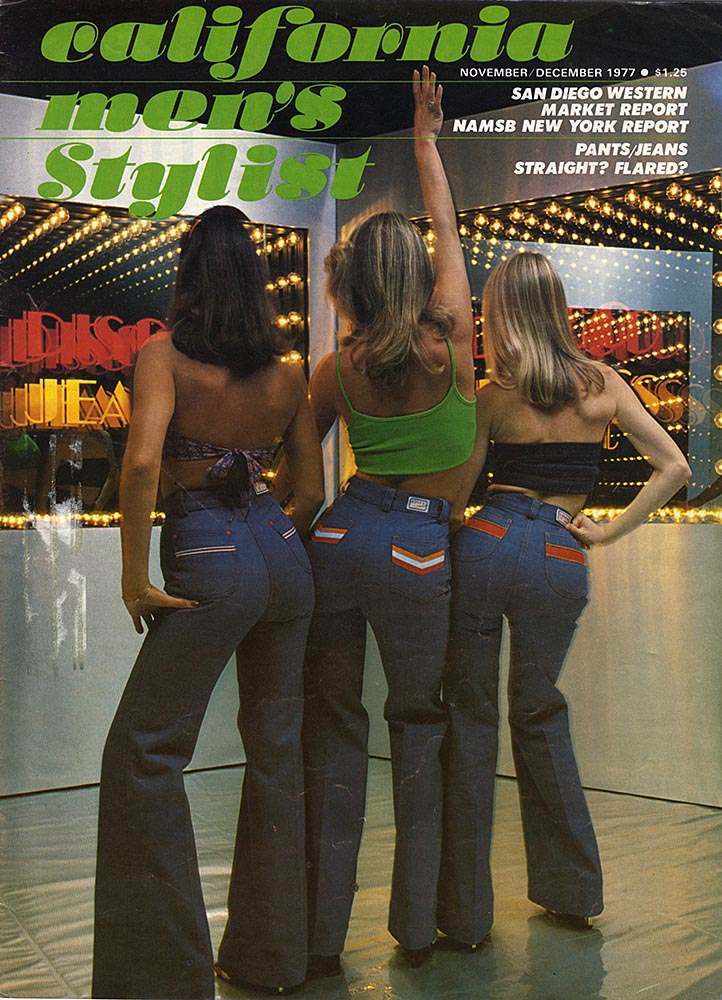 Here’s a catalog page from 1979, demonstrating that a couple years later, it had made its way down to the junior-high set…

But it was 1981 when the trend went full retard.  It was a year when no self respecting American girl would dare show up to school with un-adorned pockets.  The horror! 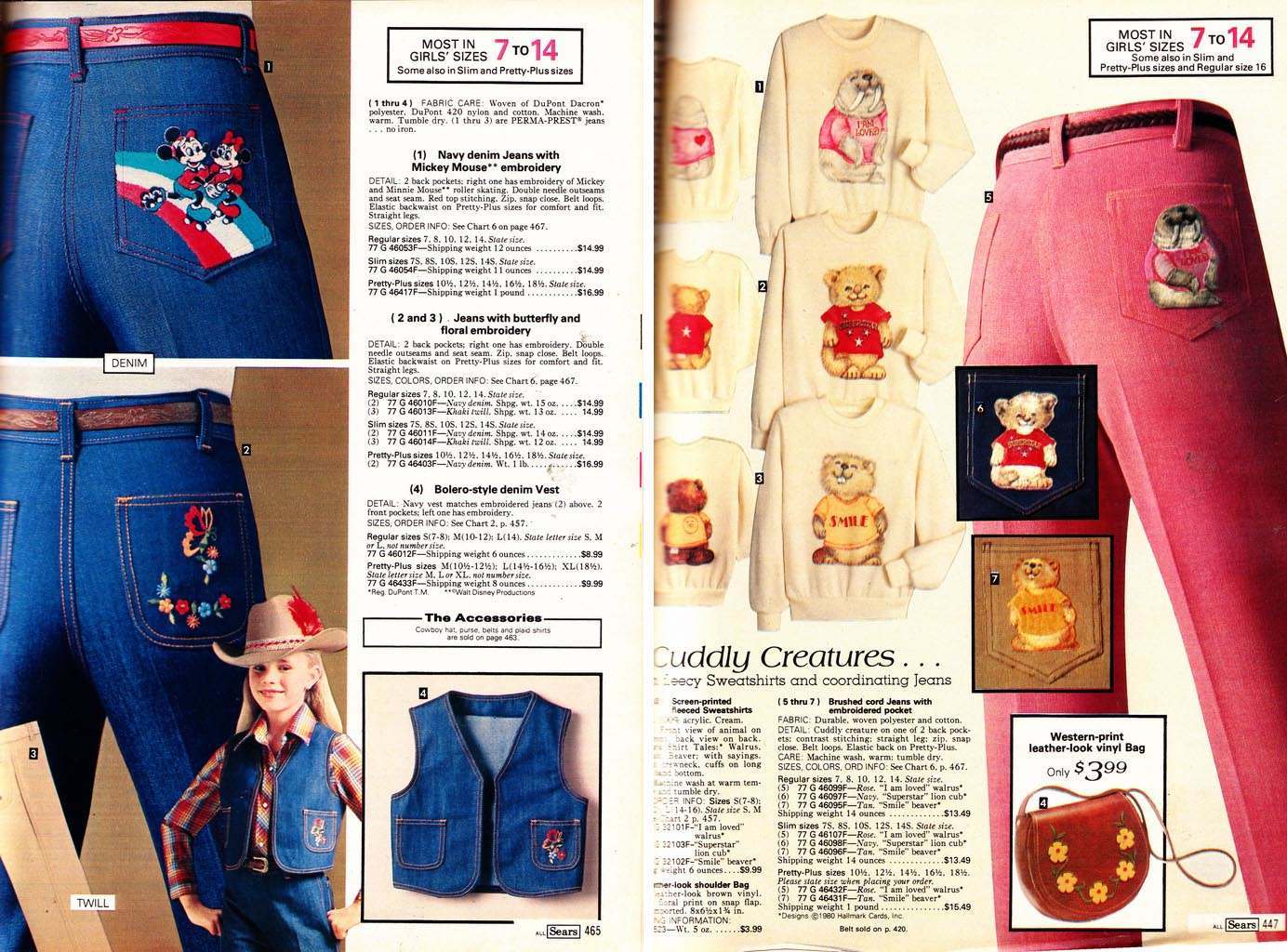 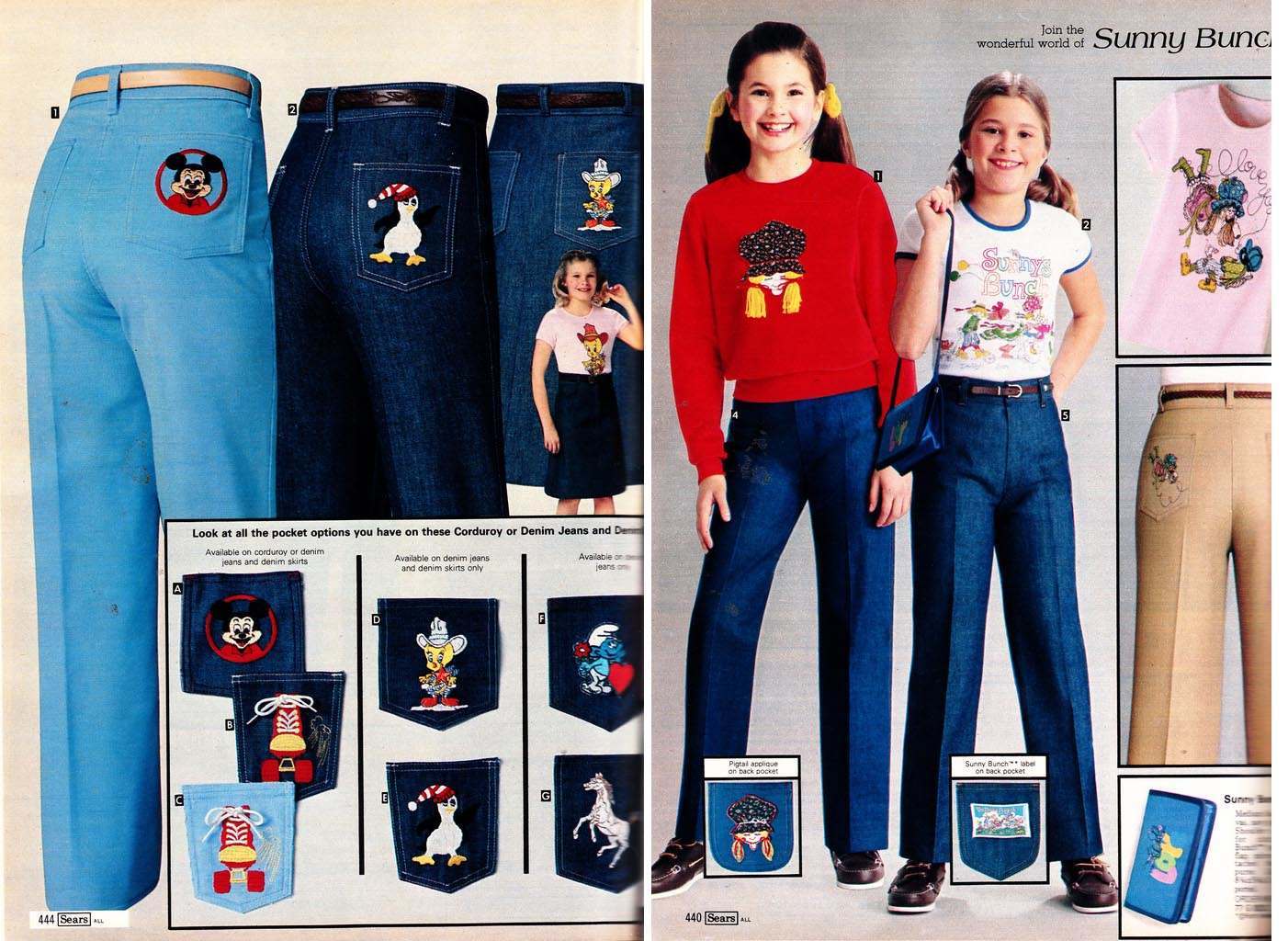 But let’s be clear – the trend hadn’t left the adult/young adult market completely.  They weren’t wearing pockets bedazzled with unicorns and roller skates, but they still had plenty of swirly designs. 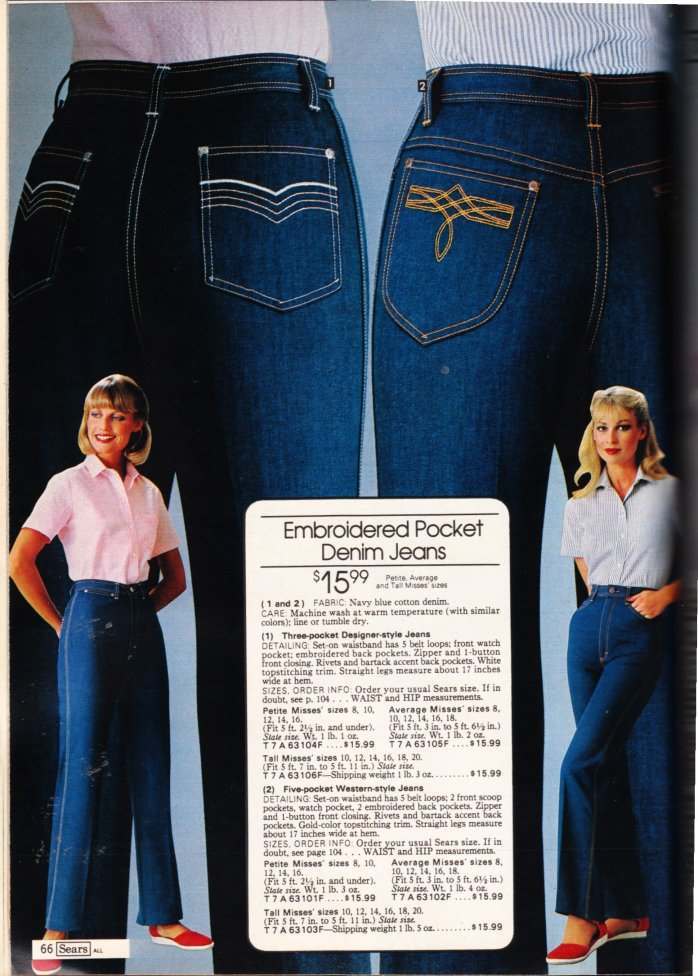 The catalog page above is also from 1981.  The pocket designs may have been subtle, but their “high waistedness” is off the charts.  I suppose it was better than the lowriders with (gag) muffin tops we see today. 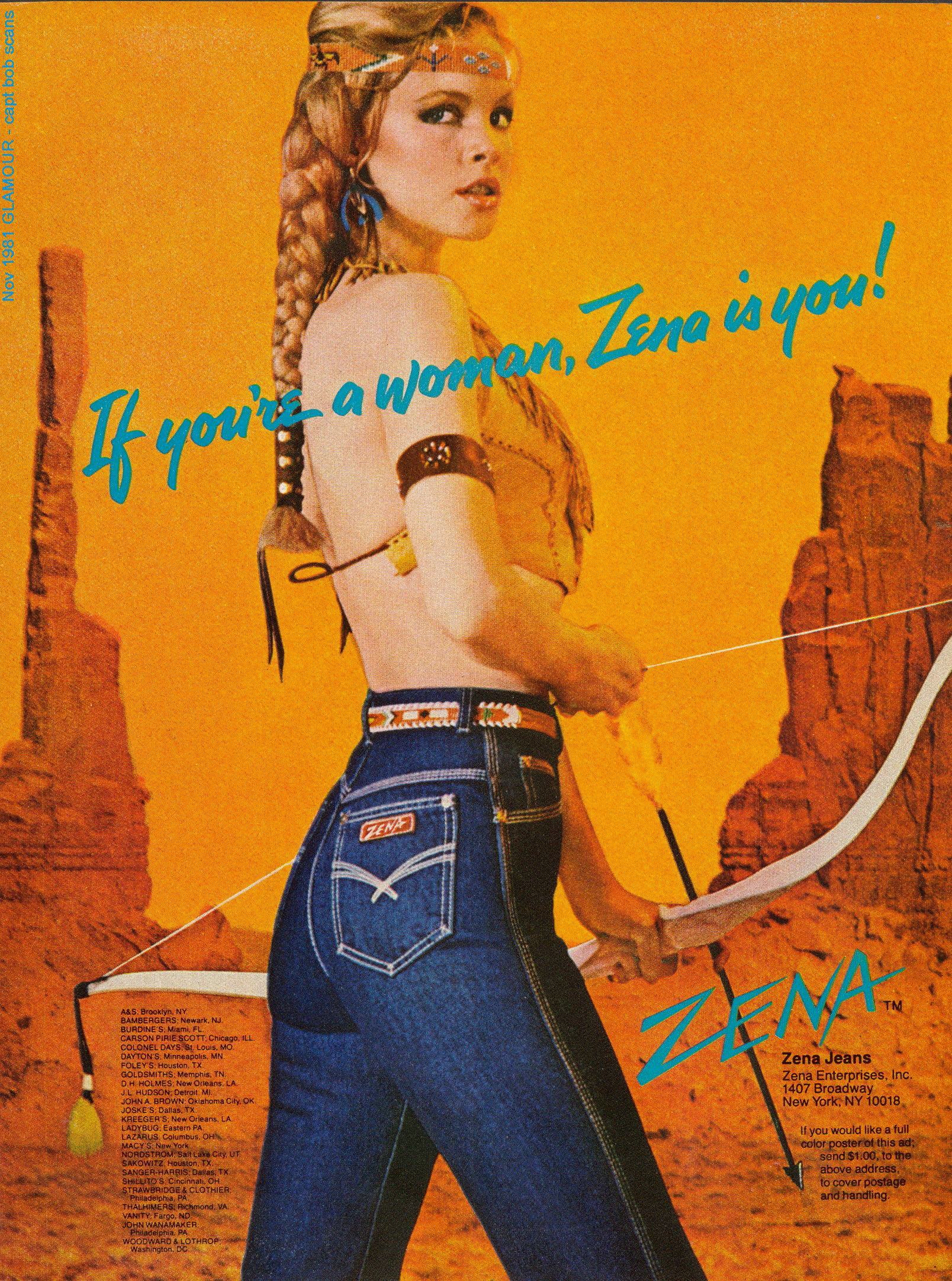 This advert is from a 1981 Glamour magazine, demonstrating it wasn’t just the “unstylish masses” buying things from Sears catalogs that were adorning their pockets.

So, when did the bedazzled pocket finally go out of vogue?  Like any fashion that has finally seen its day, there’s no official memo.  The average consumer just “knows” it’s no longer fashionable attire.  Perhaps it occurred around 1983…. but since all fashion is cyclical, it’s due for a comeback.