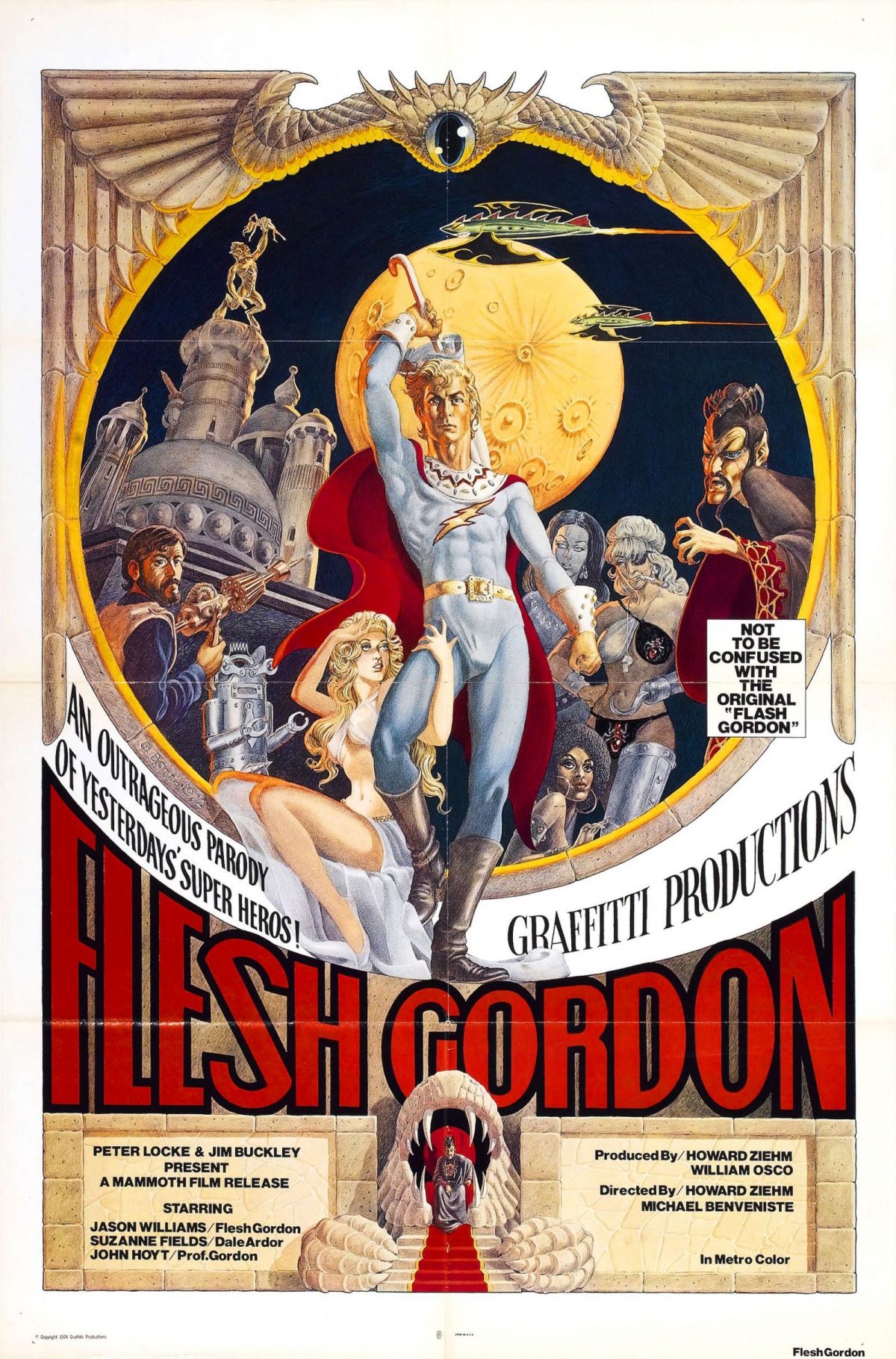 On a planet faraway, etc., someone is trying to destroy our world…

But now, everything has got out of hand (ahem…) and every time Wang lets one off Earth prepares to die with a bang and a whimper.

All is not lost. There is a hero who can save us all…

Meet Flesh Gordon (“Hi, how are you?”). Who, by some inexplicable freak of nature, is unaffected by Wang’s evil ray.

Anyone who’s seen the original Flash Gordon–either the big screen movie or the Saturday morning serial–will know what comes next…No, not more paper handkerchiefs, but a storyline that goes something like this:

As you can imagine, with a storyline so close to the original Flash Gordon, Universal Studios considered suing Benveniste and Ziehm for copyright infringement. Somehow our pair of cheeky filmmakers managed to avoid any legal proceedings by claiming (and I kid you not…) that their movie was an homage to Universal’s original Flash Gordon. A defence to remember for future reference…

They also had their movie posters labelled with the caveat: “Not to be confused with the original Flash Gordon.” As if…

…to prevent their prosecution for pandering, the filmmakers were forced to surrender all such footage [to] the L.A. vice squad, and Flesh Gordon was released without explicit pornographic content.

The finished movie is best remembered for a few risque jokes and some fun special effects created by amongst other Rick Baker, who went onto better and greater things. That said, Flesh Gordon will always live long in the imagination for what it could have been rather than what it delivered. 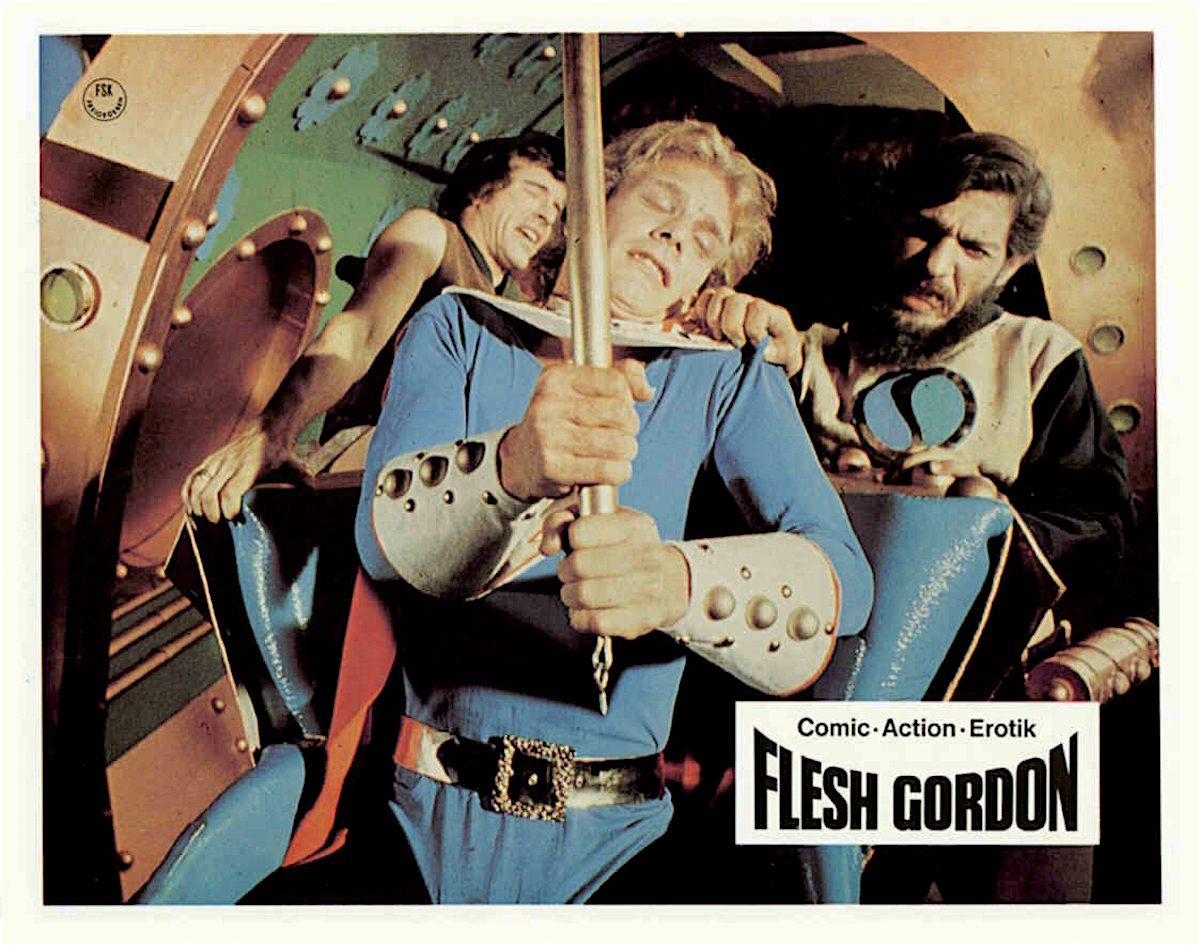 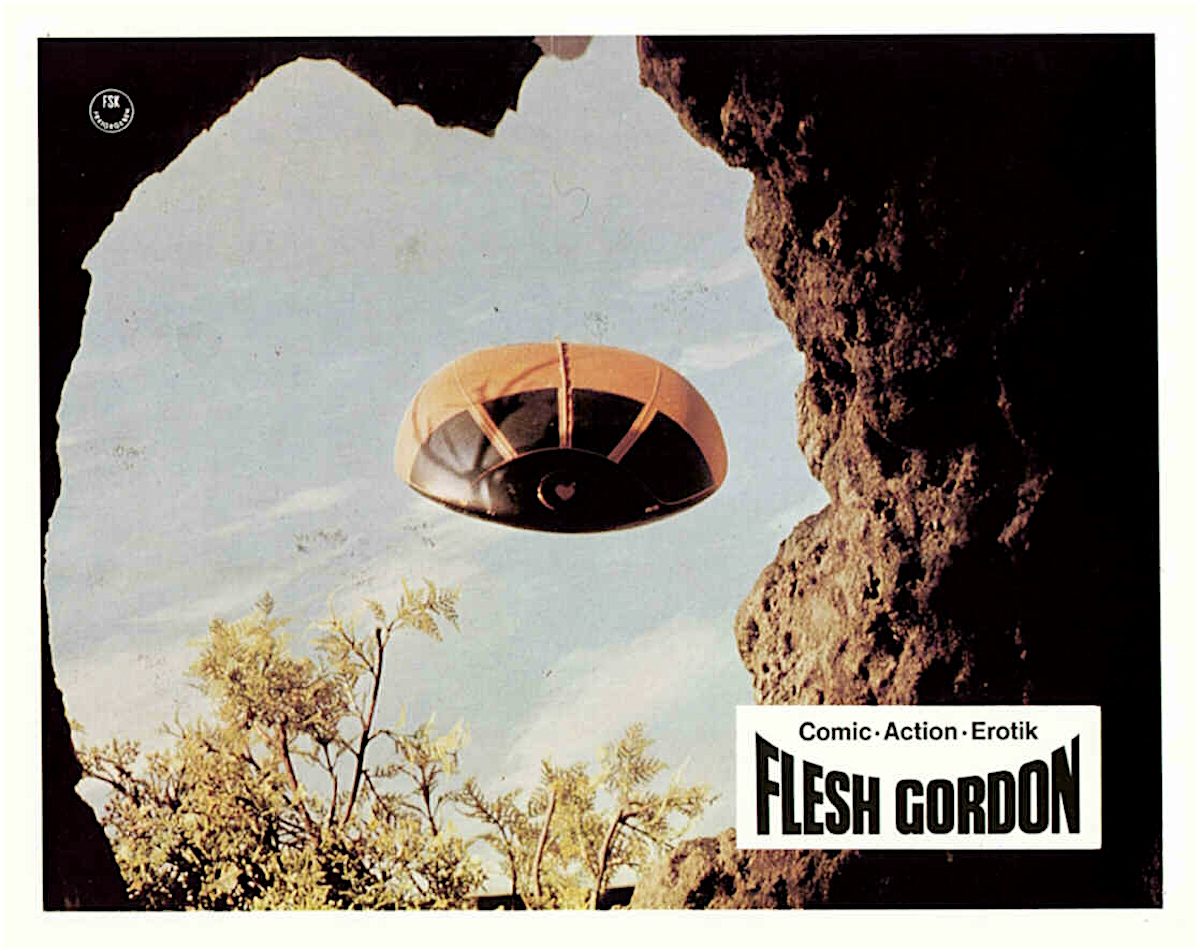 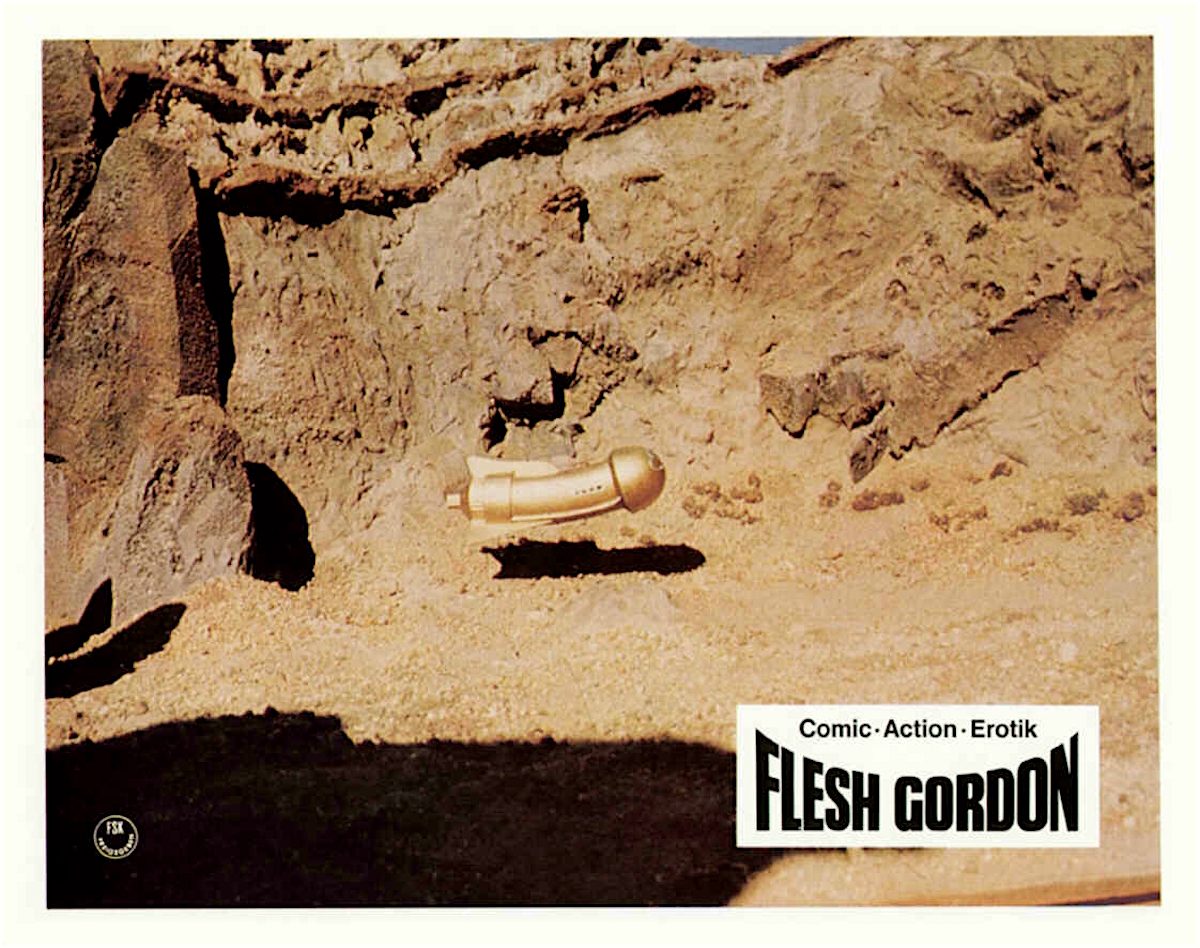 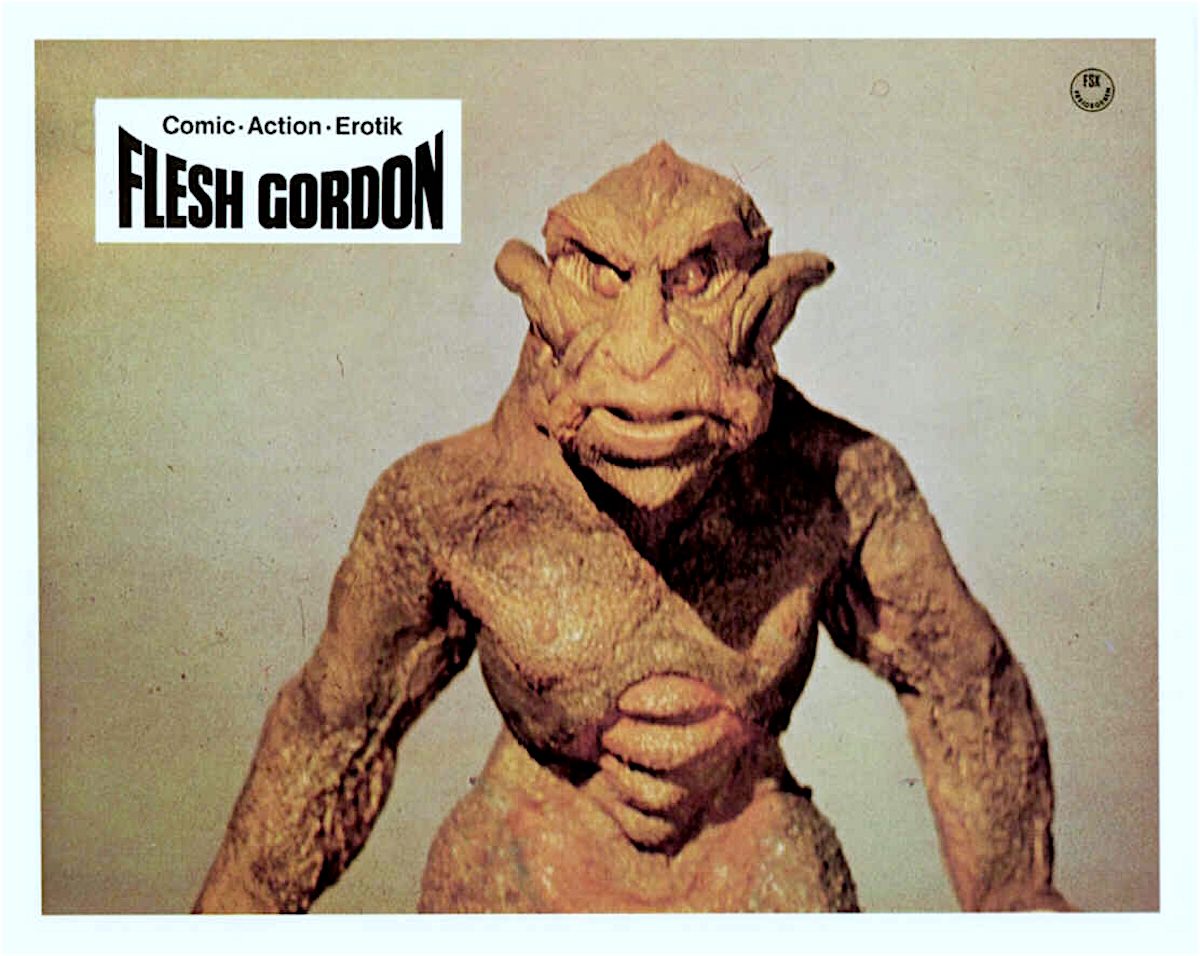 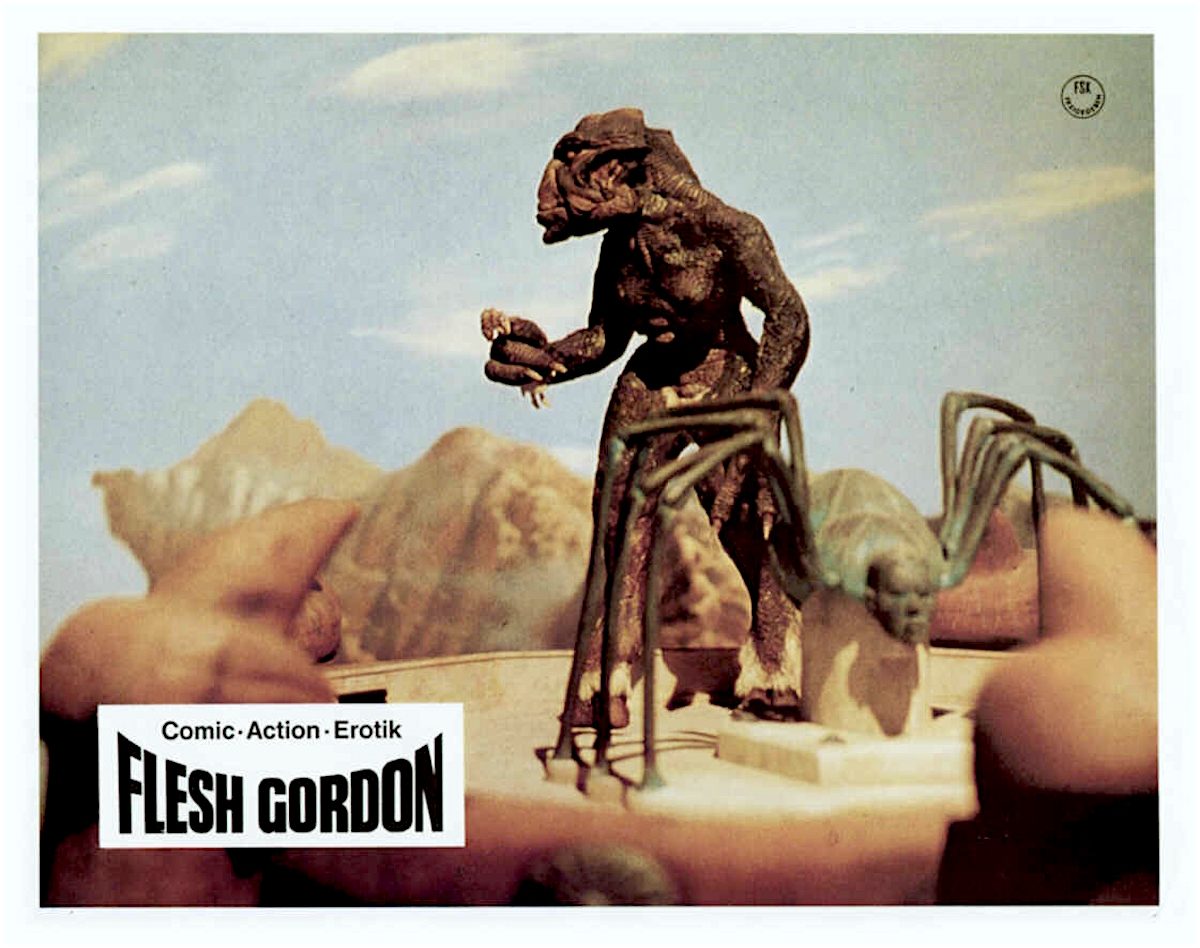 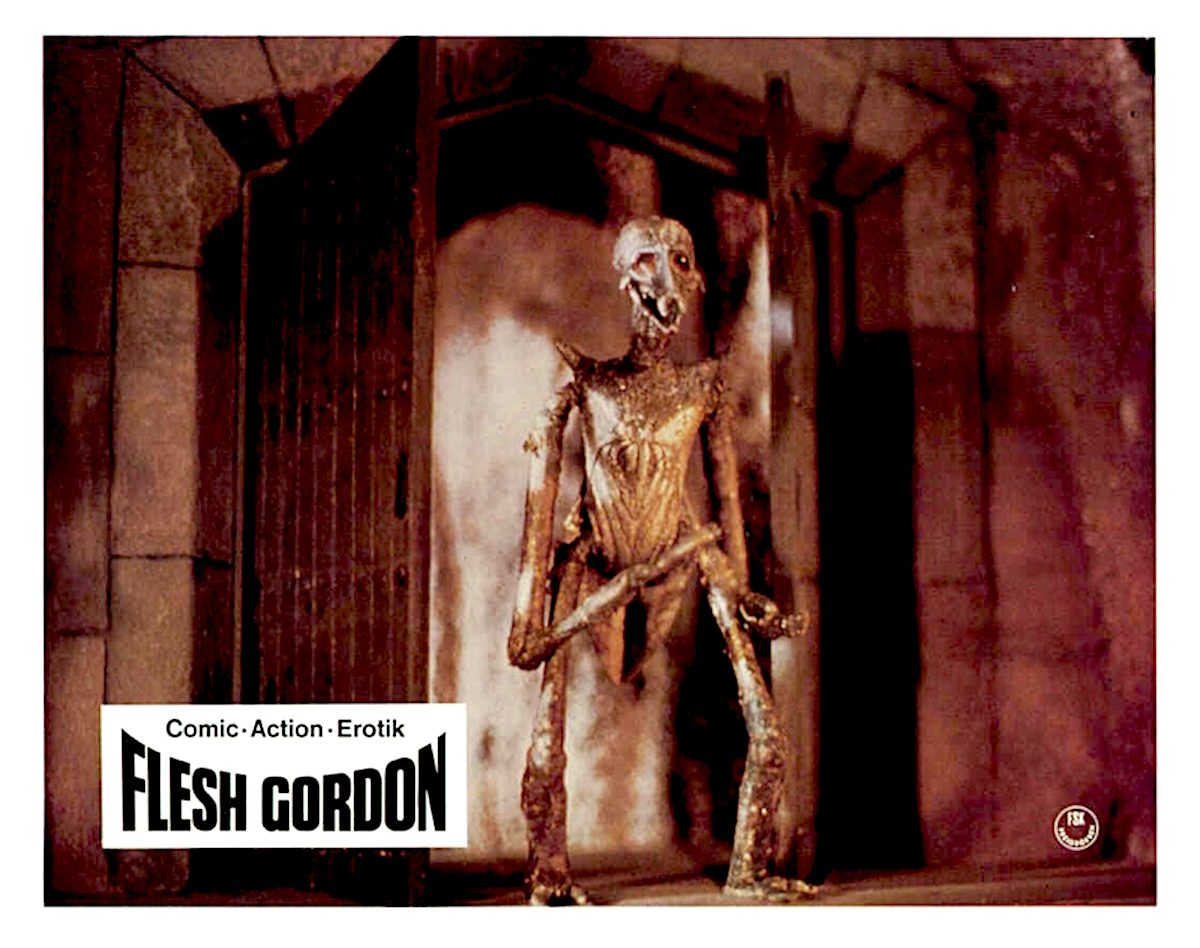 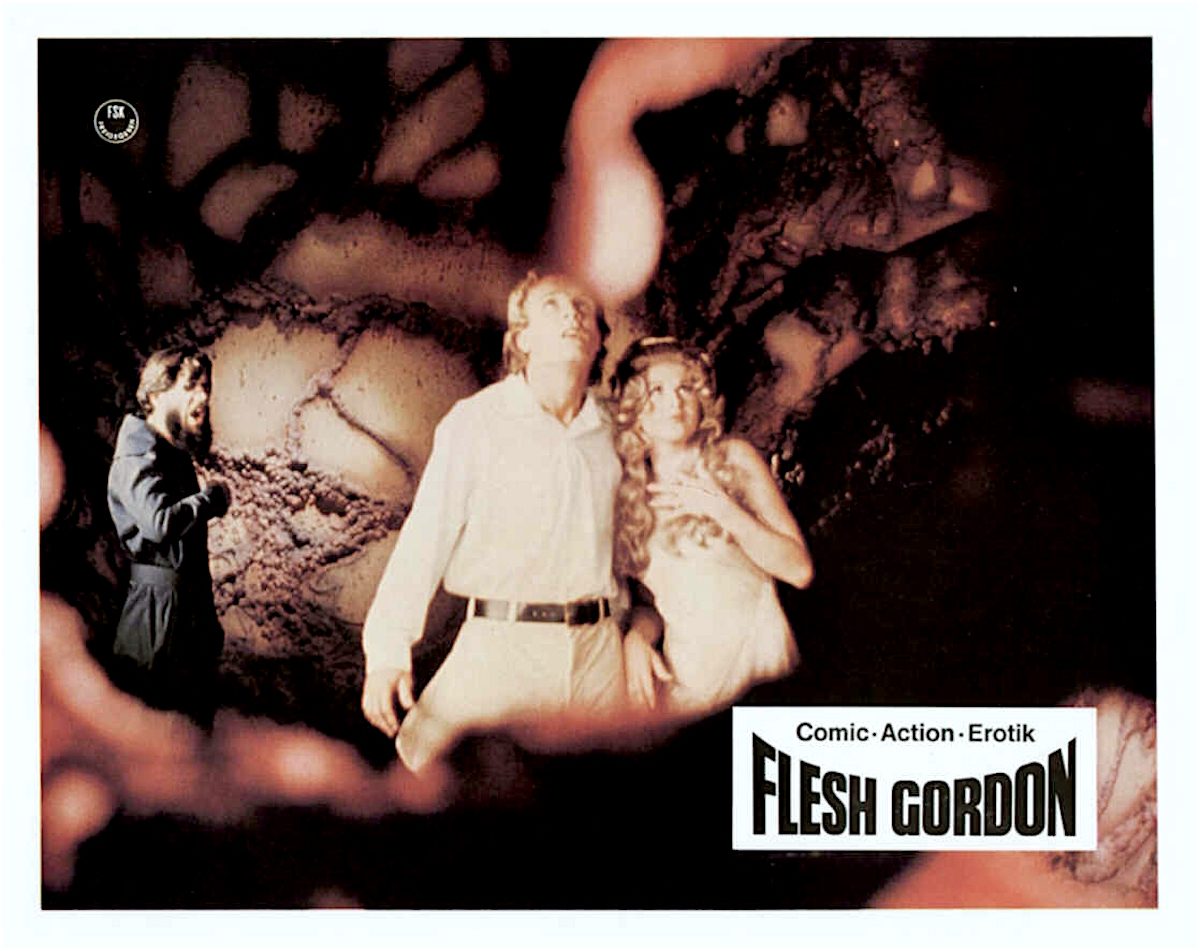 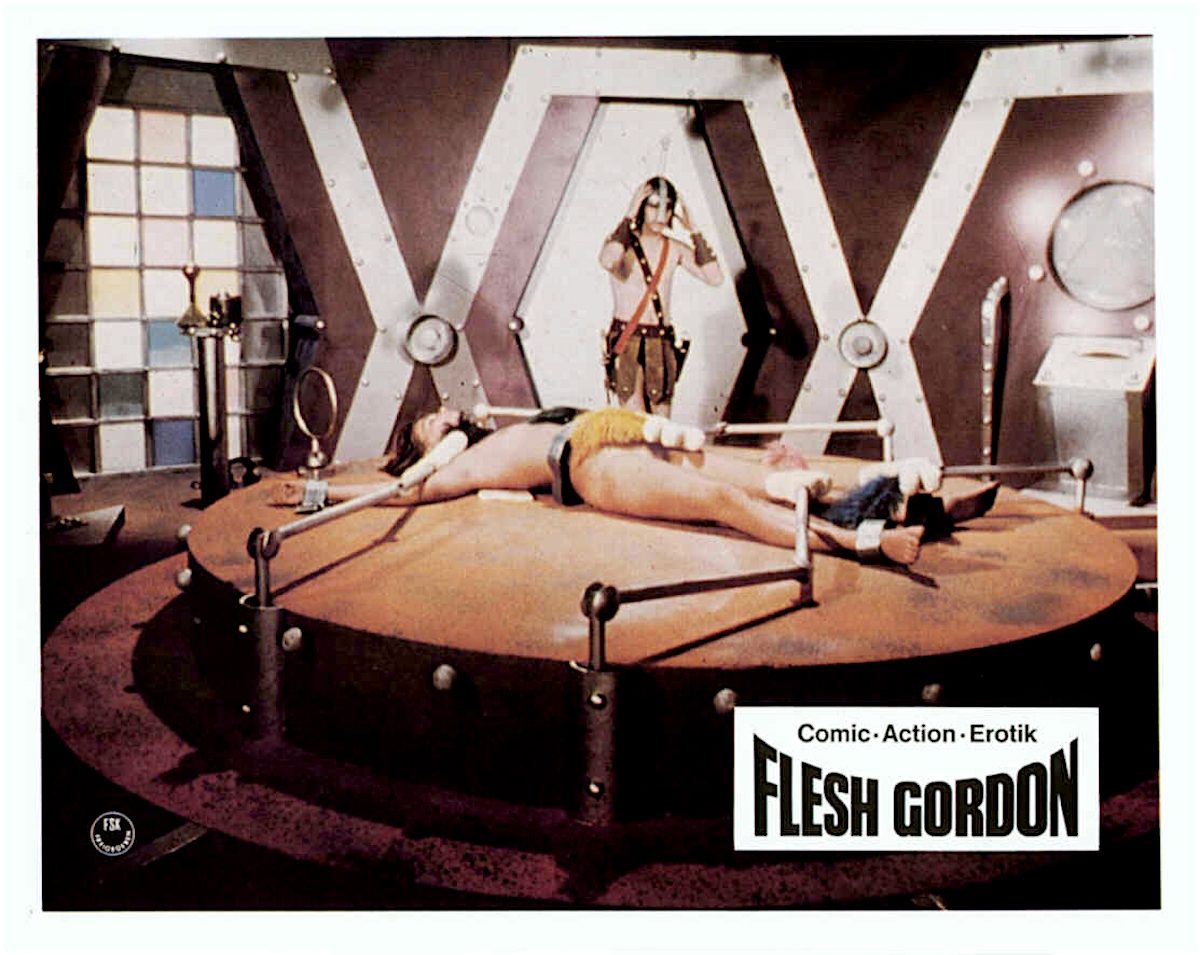 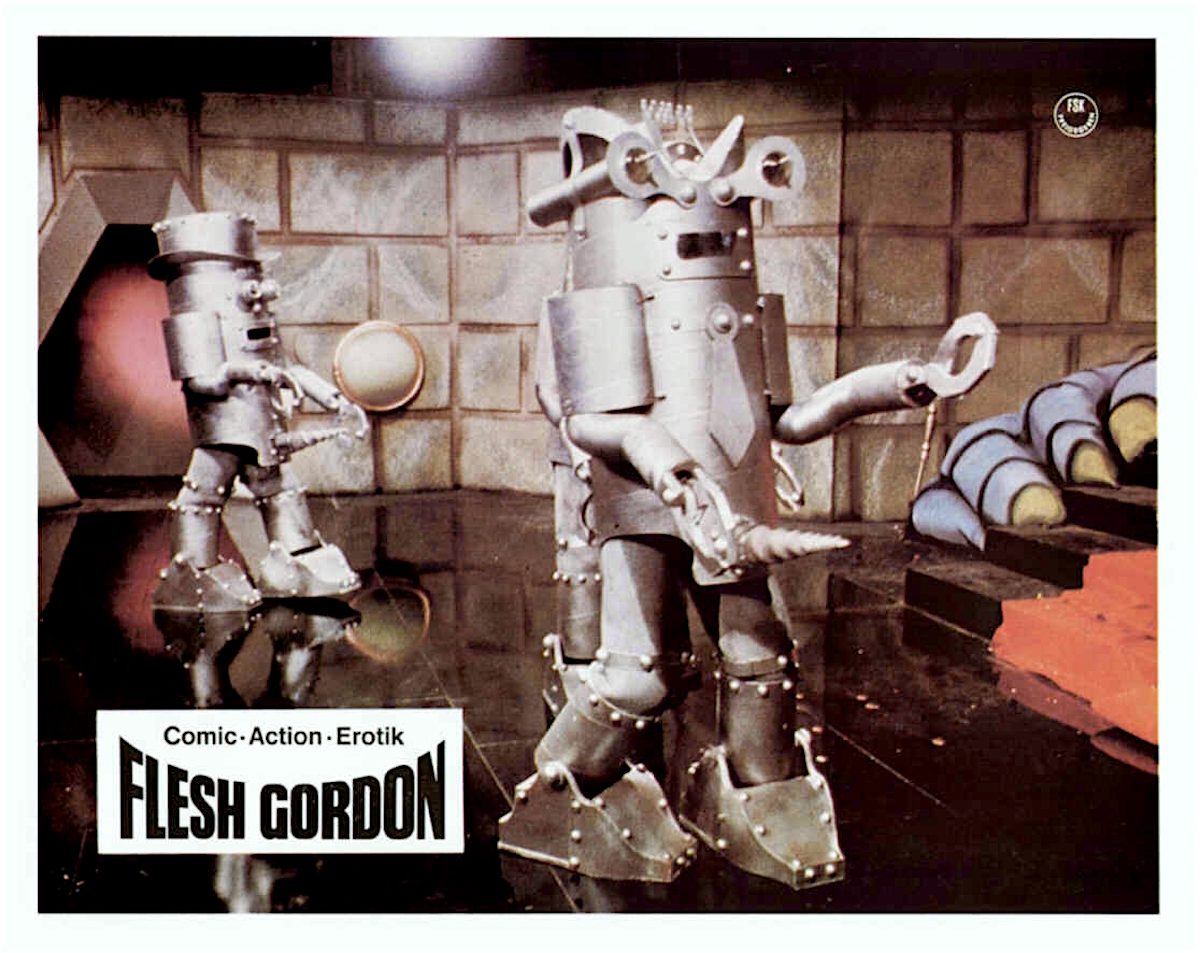 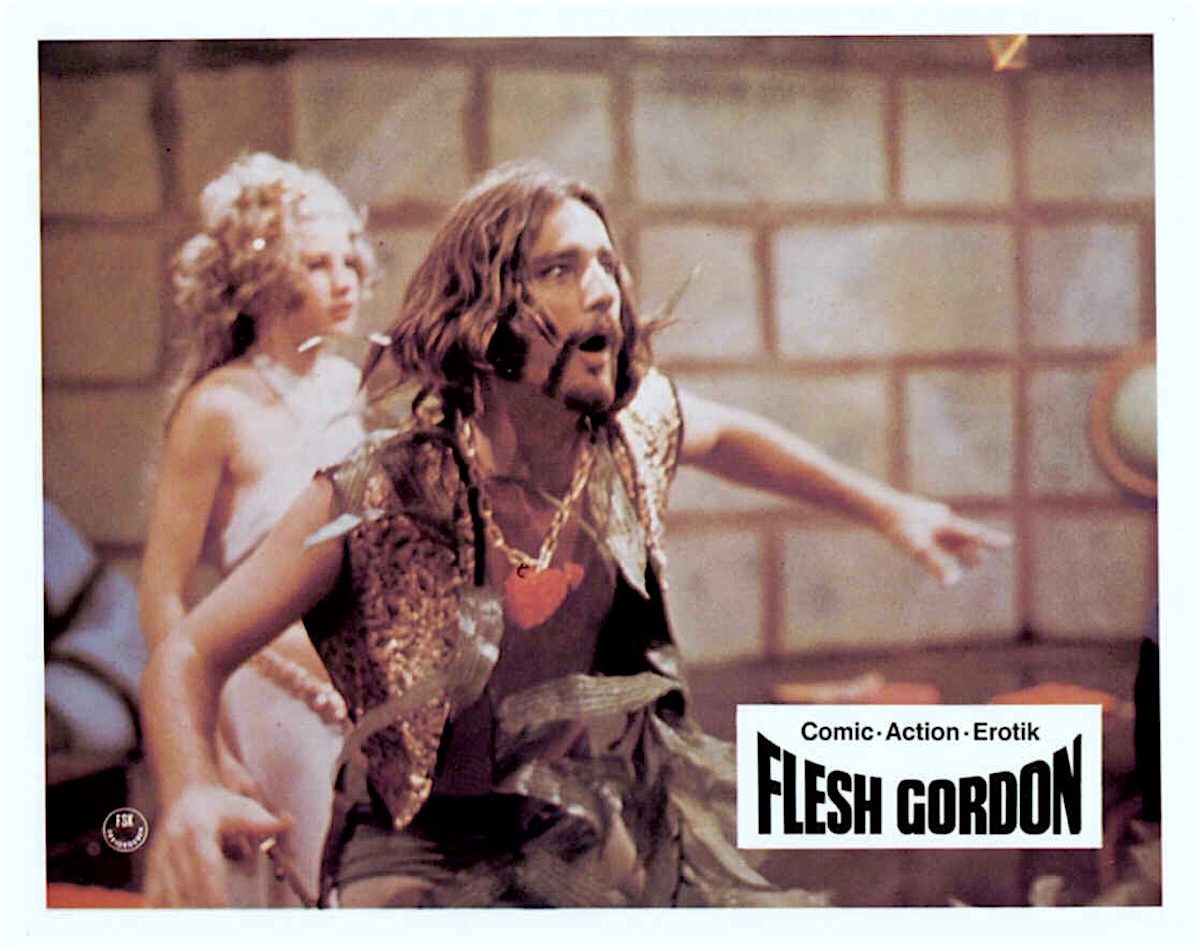 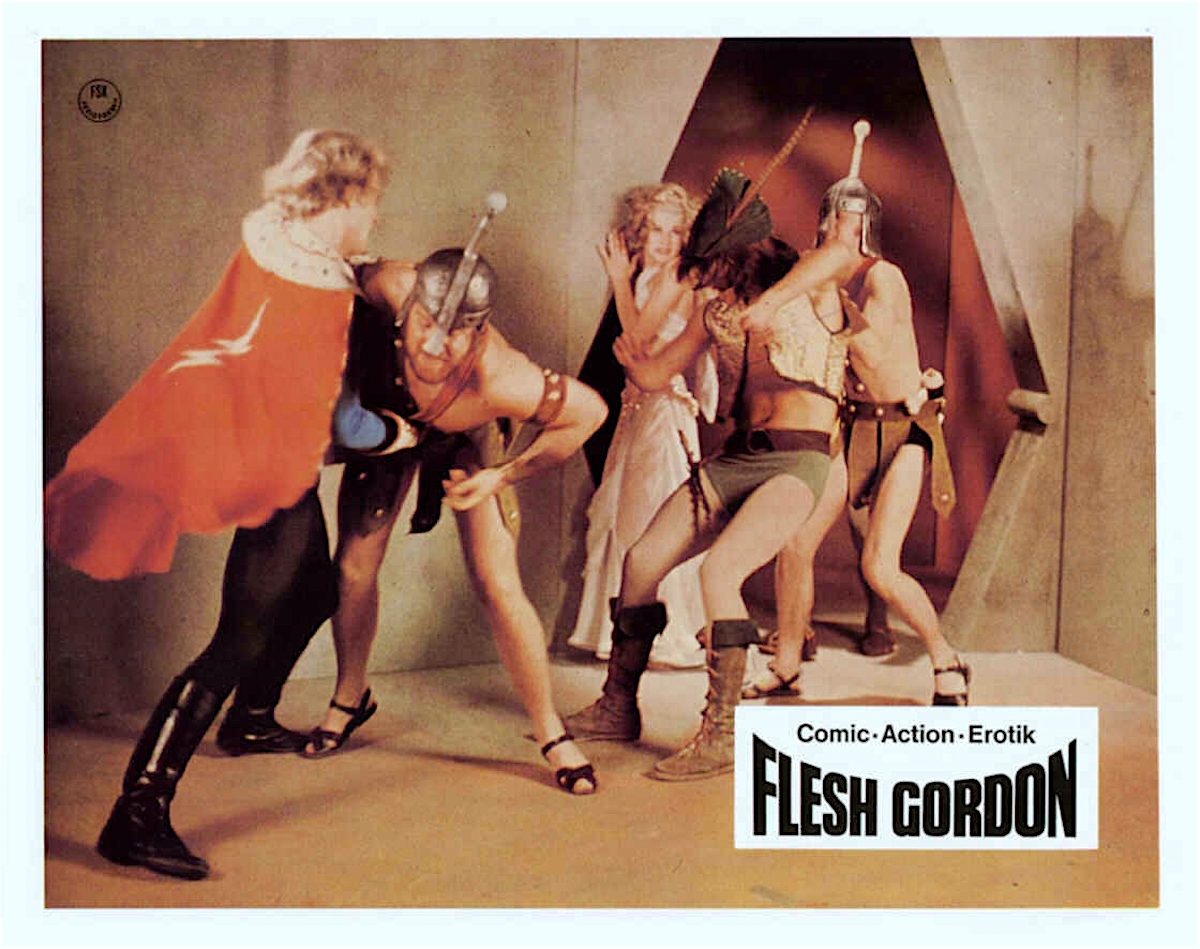 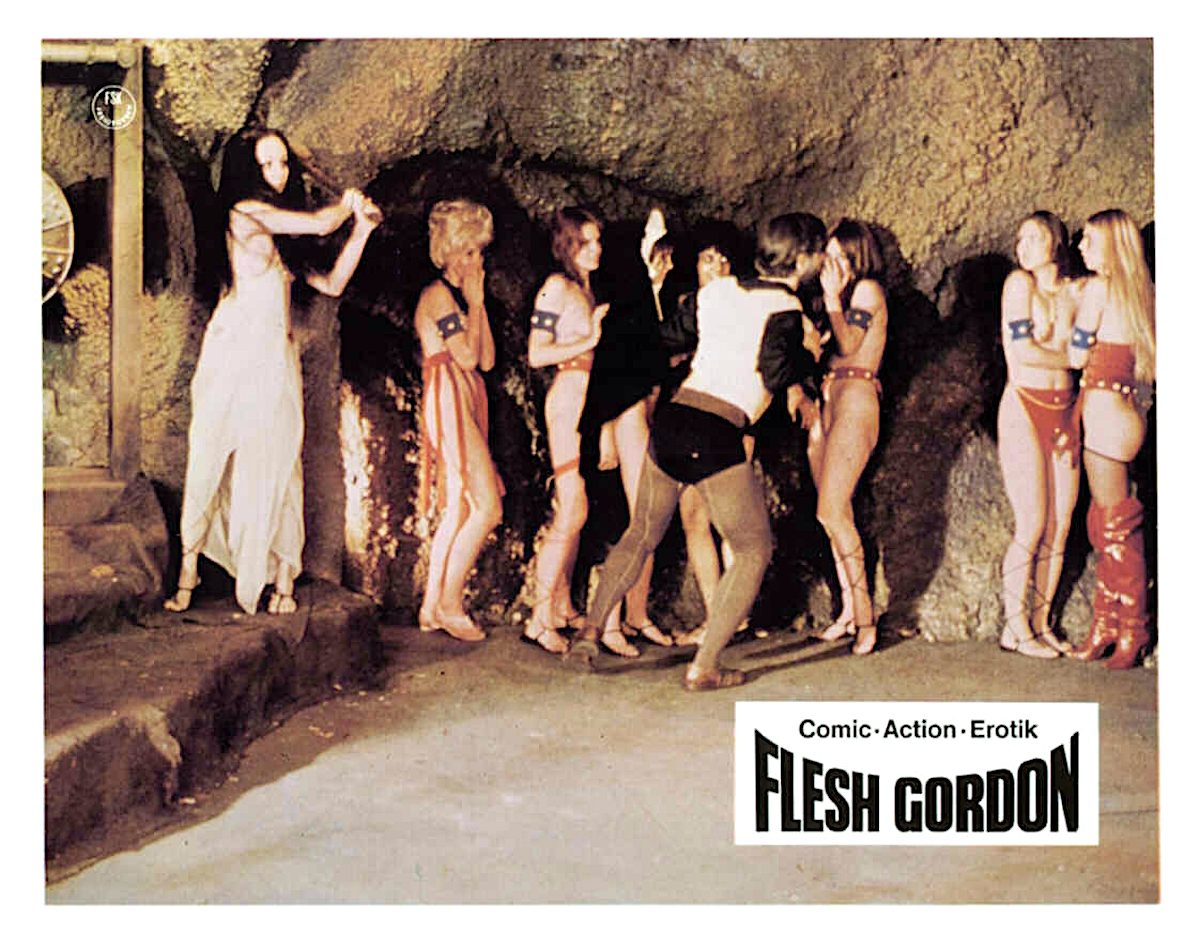 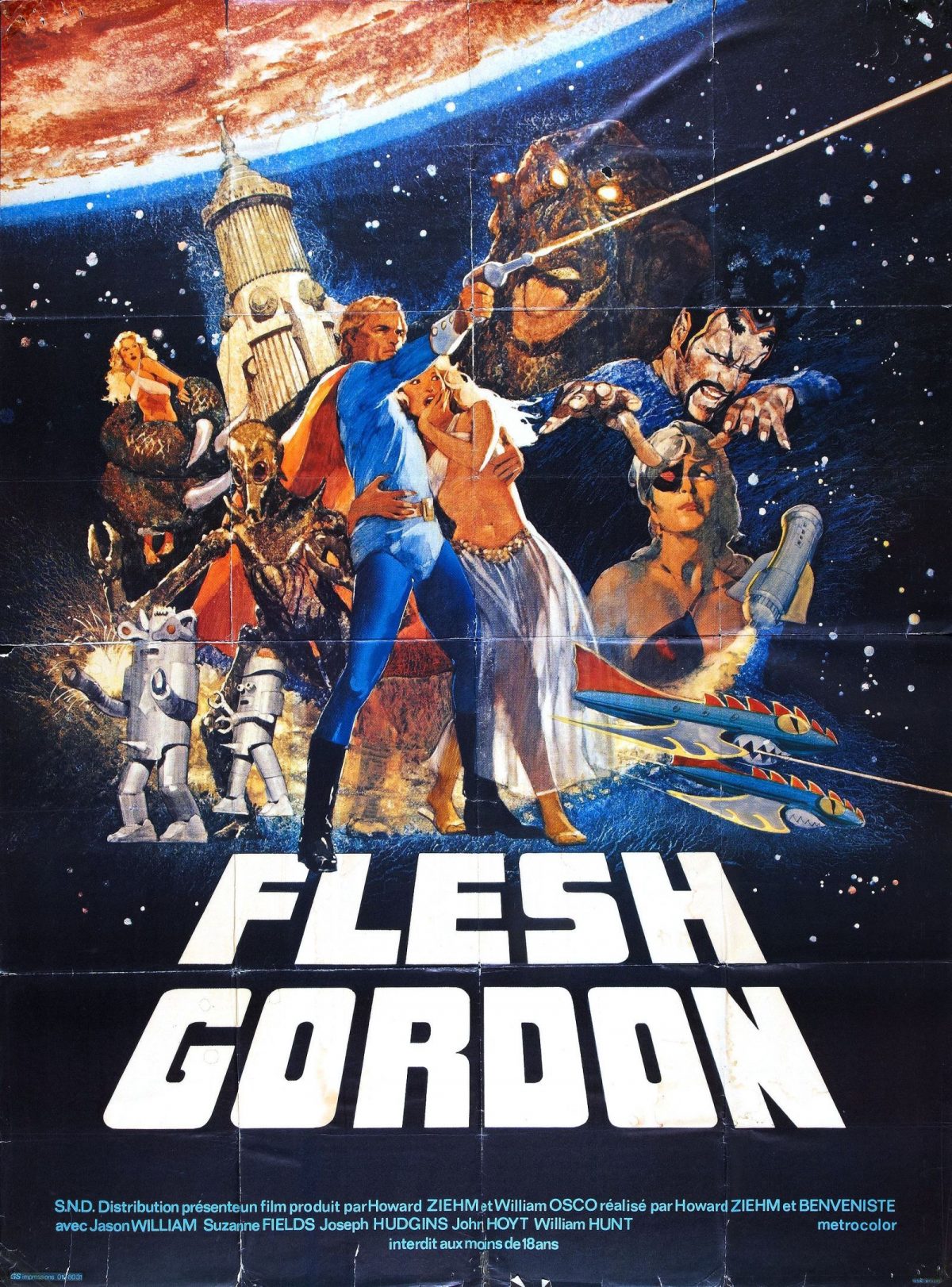