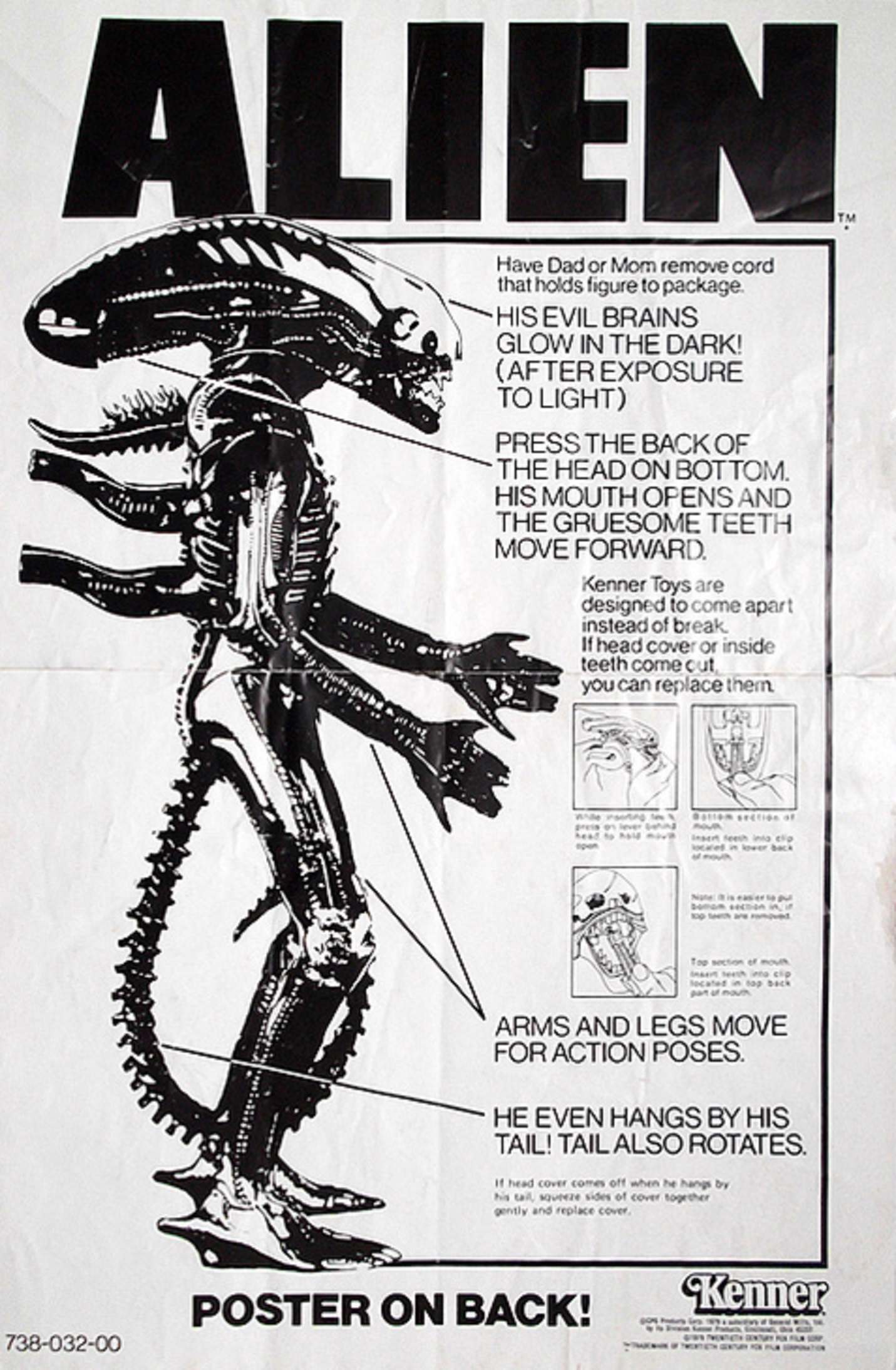 One of the most legendary and sought-after toys from my youth in the 1970s is the 18-inch tall, titular leviathan from Ridley Scott’s Alien (1979).

Yes, you read that sentence correctly.

The written description to this H.R. Giger-inspired toy notes the alien’s “evil brains” that “glow in the dark.”

The same instructions sheet also instructed the kiddies to “press the back of his head on the bottom. His mouth opens and the gruesome teeth move forward.” 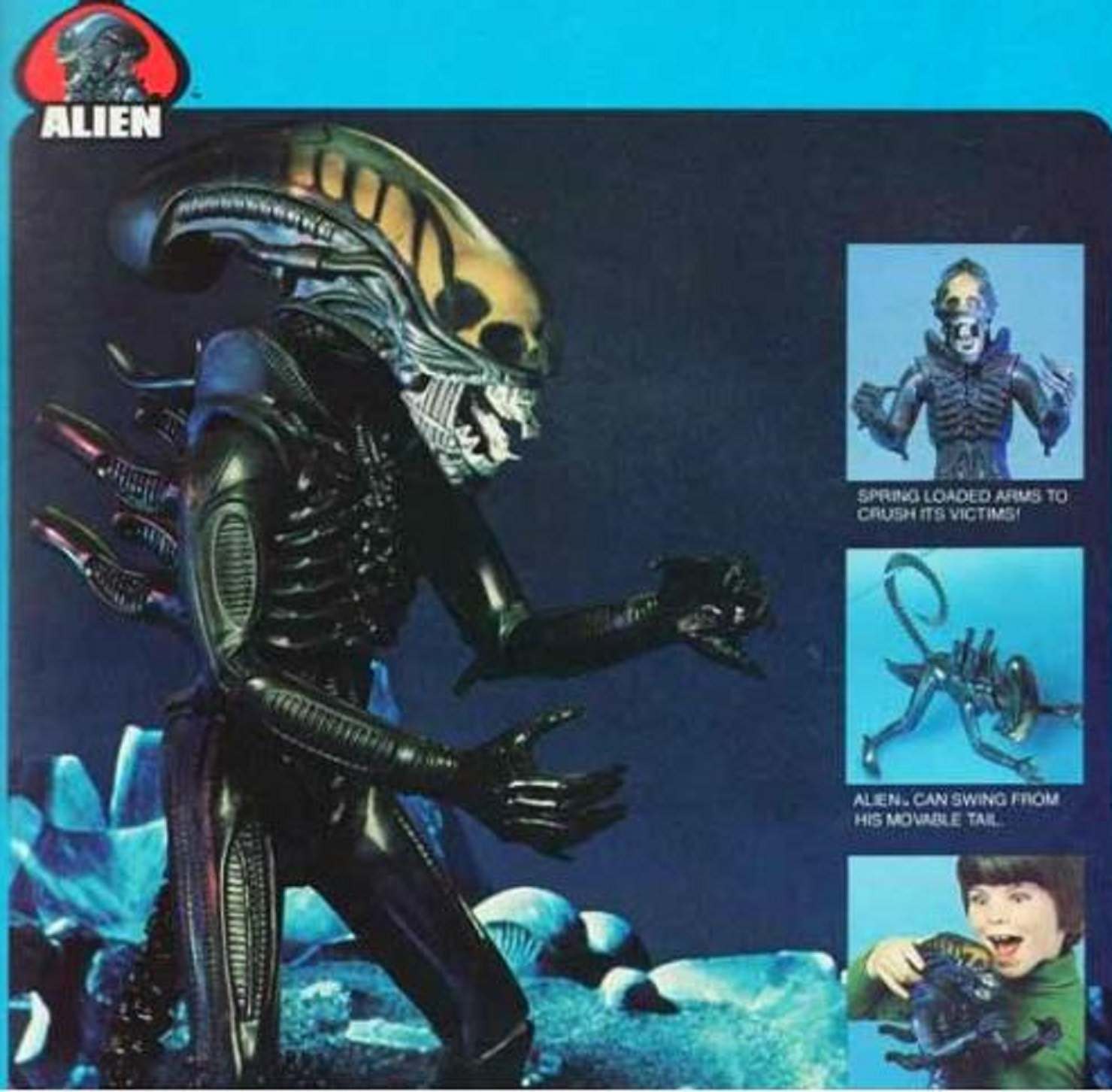 How many children could have possibly seen Alien, I wonder?  Did parents take their kids to see it?

Perhaps a more pertinent question is this: how many children wouldn’t be scared to death by a cat or dog-sized action figure with retractable inner jaw and an eyeless, human skull for a head?

Well, I didn’t see the movie (I was nine), and I still wanted the toy. Desperately.

I feel like a lot of kids my age wanted the Alien toy too, whether or not they had seen the film, but apparently parents complained about Kenner’s masterpiece of horror and, legendarily, the toy sold poorly.

The alien was thus pulled from toy shelves at the behest of concerned parents and terrified children, and a generation of psychologists grew rich treating the PTSD of innocent children who happened down a store aisle hoping to buy a plus R2-D2, only to catch sight of this leering, plastic monstrosity.

The Alien action figure wasn’t Kenner’s only attempt to merchandise the movie xenomorph for kids that year, intriguingly.

There was also an Alien Movie Viewer (much-like the Fisher Price model) which actually showed footage from the film. And theKenner  board game had the distinction of featuring on its board cover not the alien as it appeared in the cinema, but a version of their own scary toy! 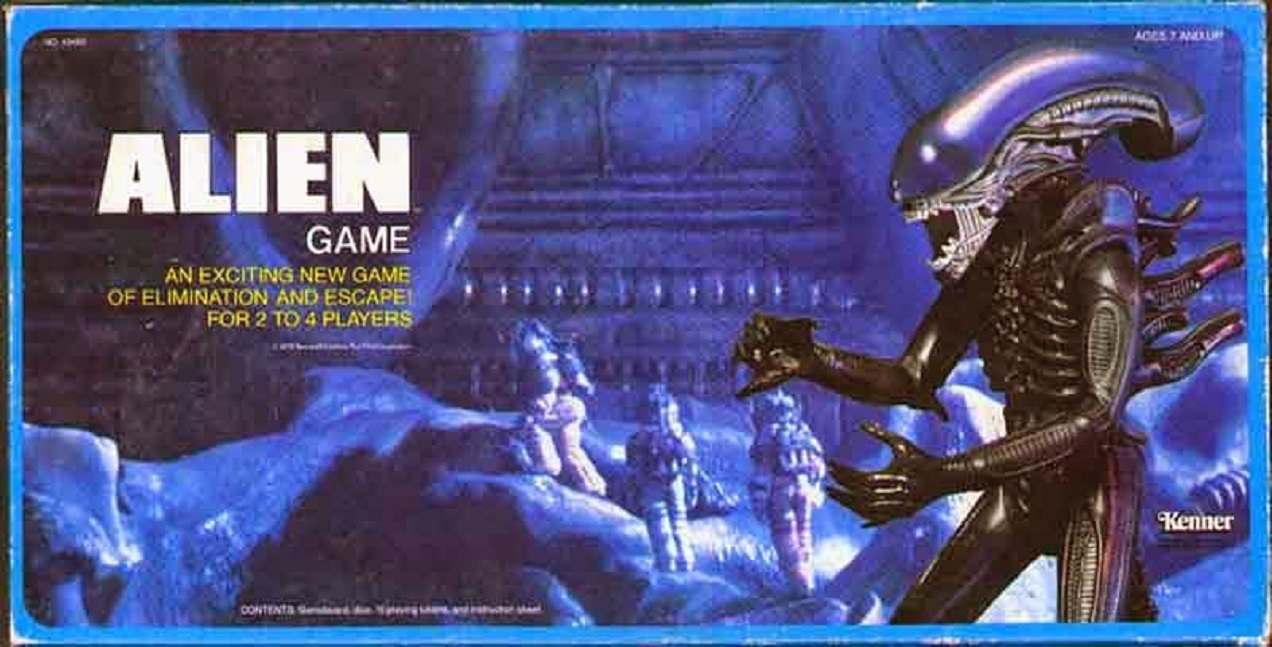 Below you’ll find a commercial for the Alien figure that aired on TV in the States. Note the manic nature of the whole enterprise, both exciting and terrifying at the same time.

Who wouldn’t want to recreate that environment at home?